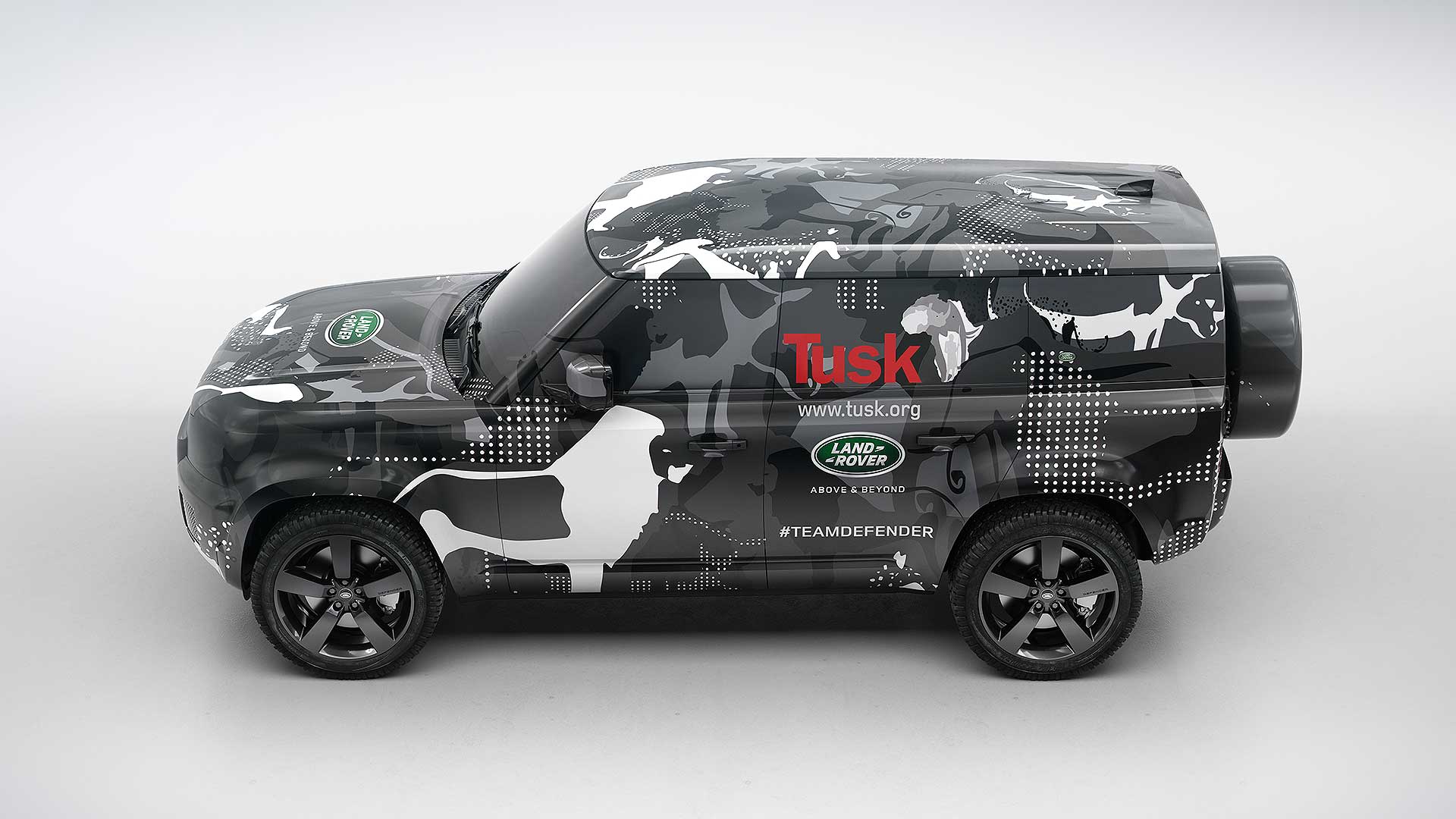 Land Rover has given us our clearest look yet of the all-new 2020 Defender by releasing an image of a prototype wearing a ‘Tusk Trust’ conservation charity camouflage.

The teaser clearly shows the new Defender’s clean, utilitarian lines and upright stance – including near-flat sides, a flat roof and a spare wheel carrier hung out back. 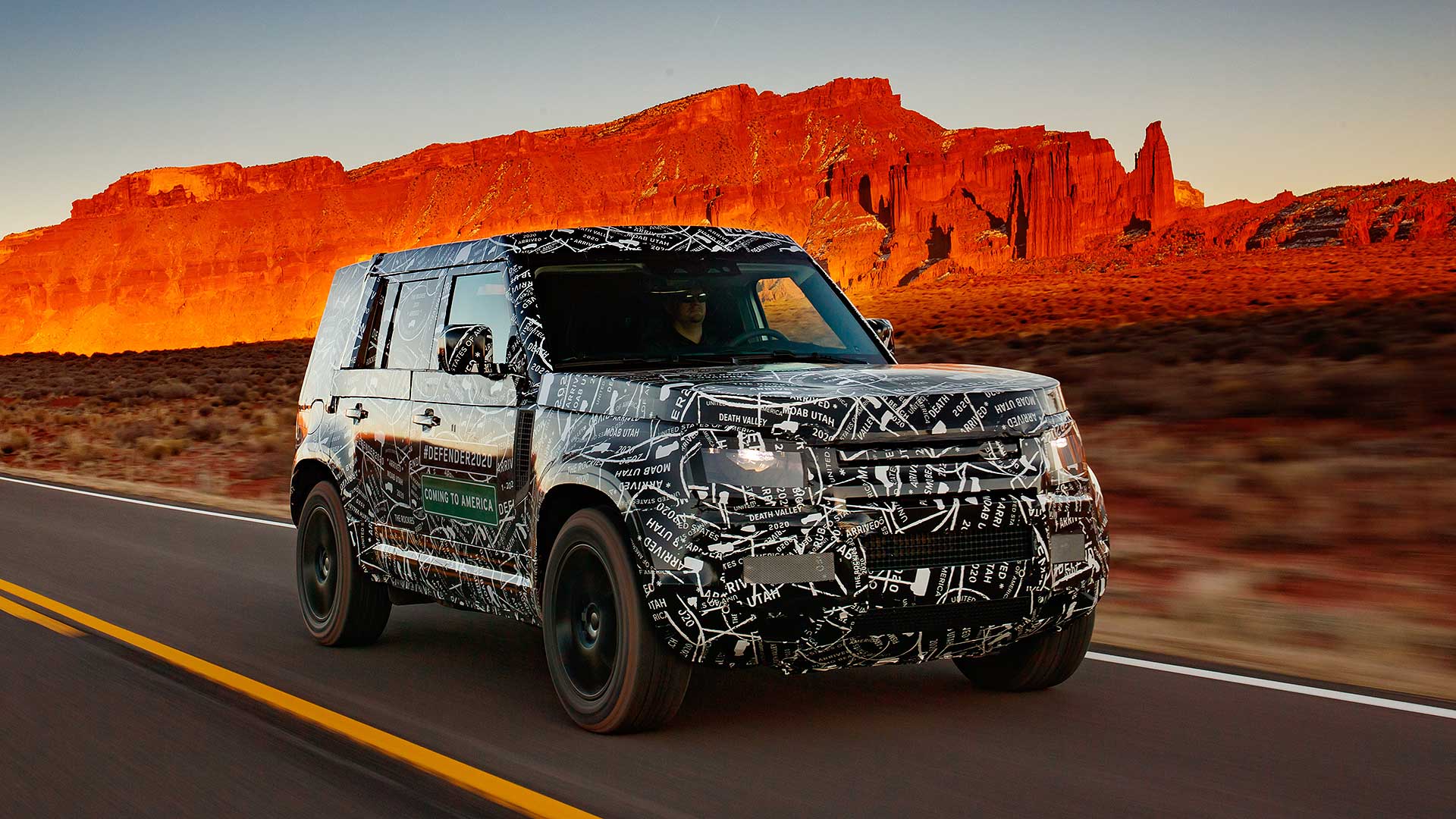 Even under wraps, it still carries traditional Defender styling cues. It even retains traditional doorhandles, rather than Jaguar Land Rover’s fancier retractable handles.

The ‘wrapped’ teaser shot is part of a new set Land Rover has released to mark World Land Rover Day on 30 April. These show both short-wheelbase and long-wheelbase Defenders experiencing a variety of test action, both on-road, but mainly off-road. 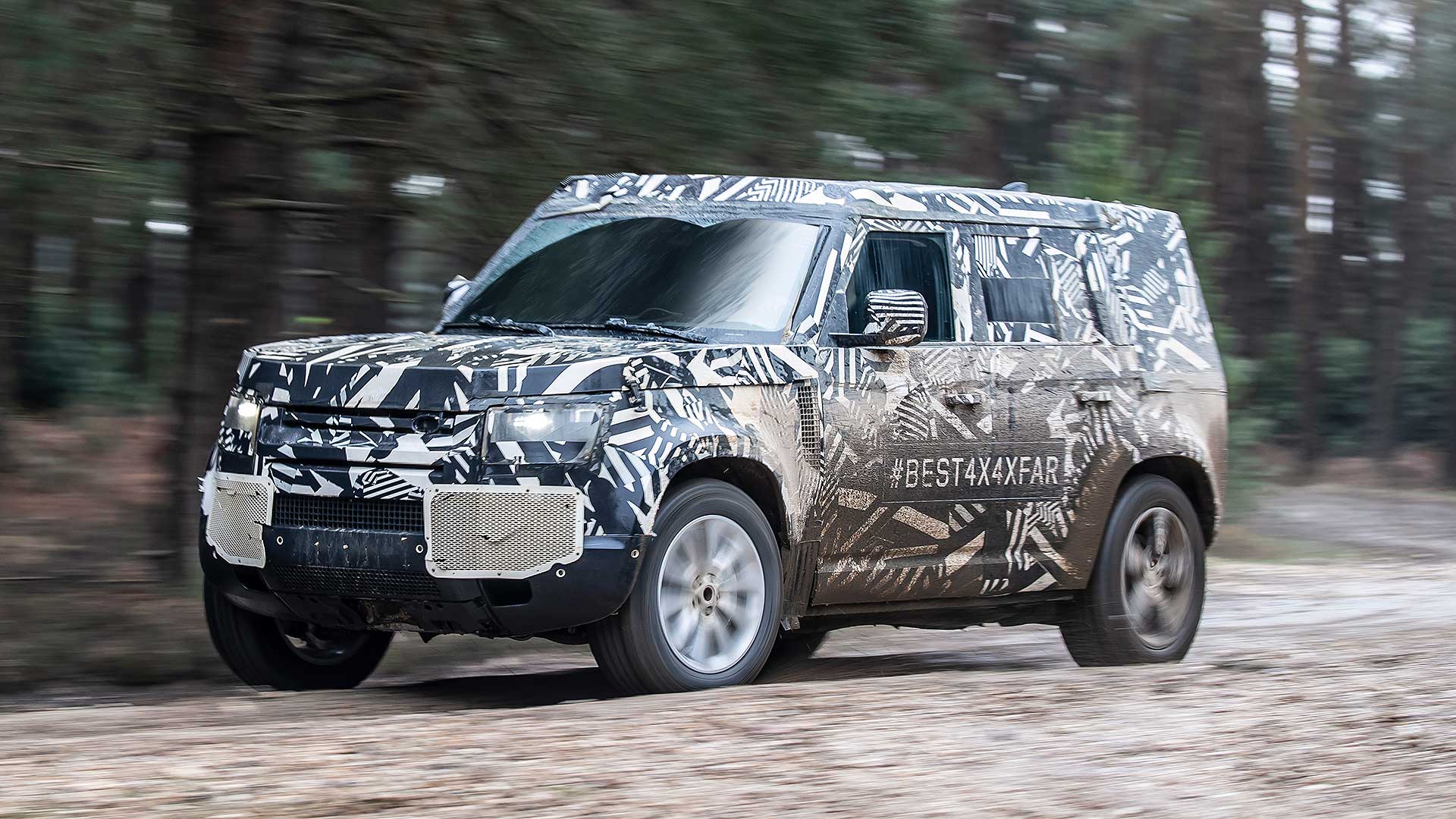 Total testing miles for the prototype fleet has now reached almost 750,000 miles (1.2 million kilometres). Land Rover has carried out over 45,000 individual tests including:

On-road dynamics have been tested at the Nurburgring in Germany while all-terrain prowess has been honed at Land Rover’s traditional test base at Eastnor, UK. 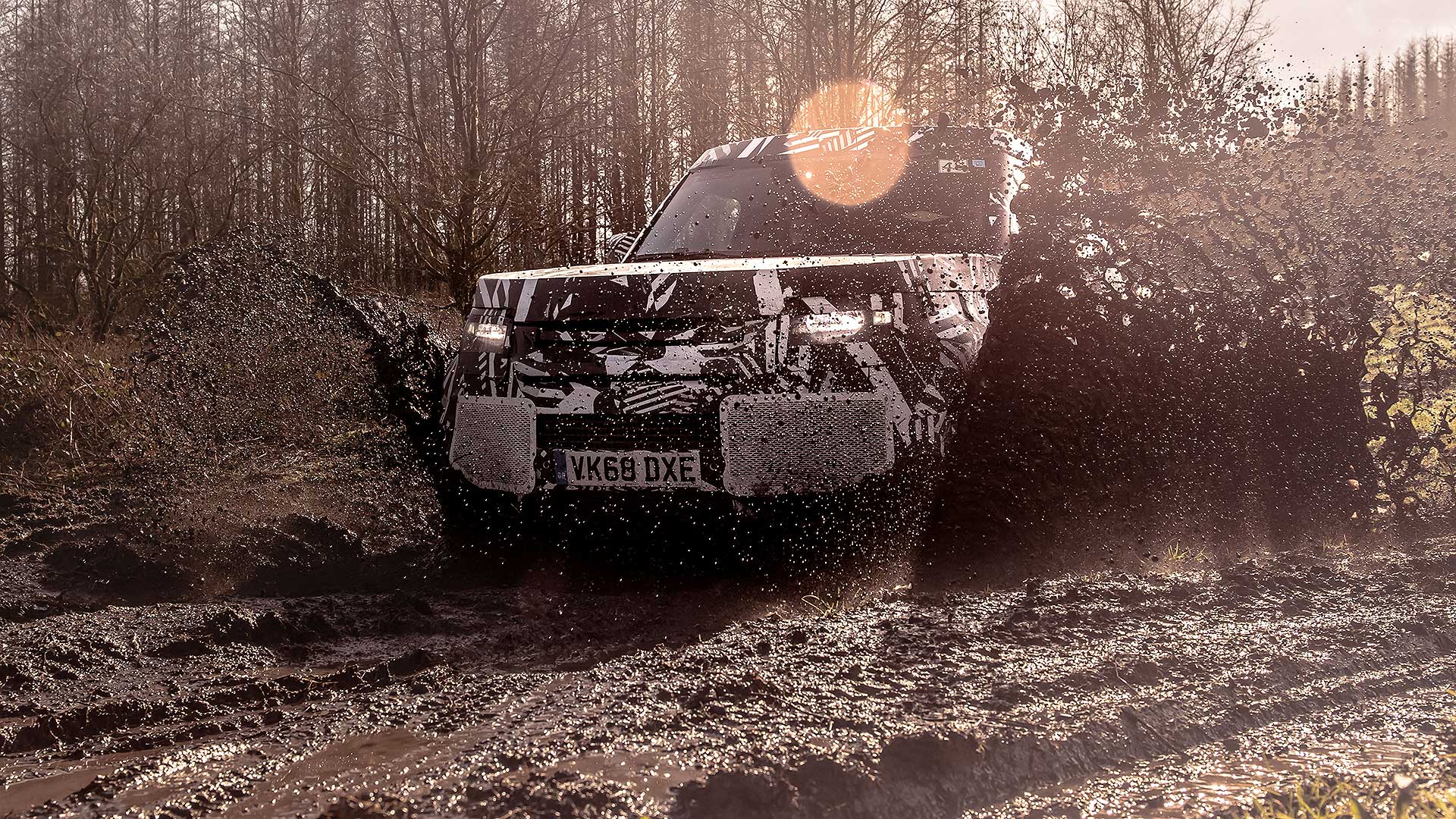 Sand dune testing has been proven in Dubai and rocky trail ability has been tested in Moab in Utah. It’s all part of Land Rover’s promise the new Defender will offer “unparalleled breadth of capability and new levels of comfort and drivability”.

The final stage of field testing will be conducted at the 14,000-hectare Borana Conservancy with the Tusk Trust in Kenya. A prototype vehicle “will tow heavy loads, wade through rivers and carry supplies across unforgiving terrain in a series of real-world trials”, says Land Rover. 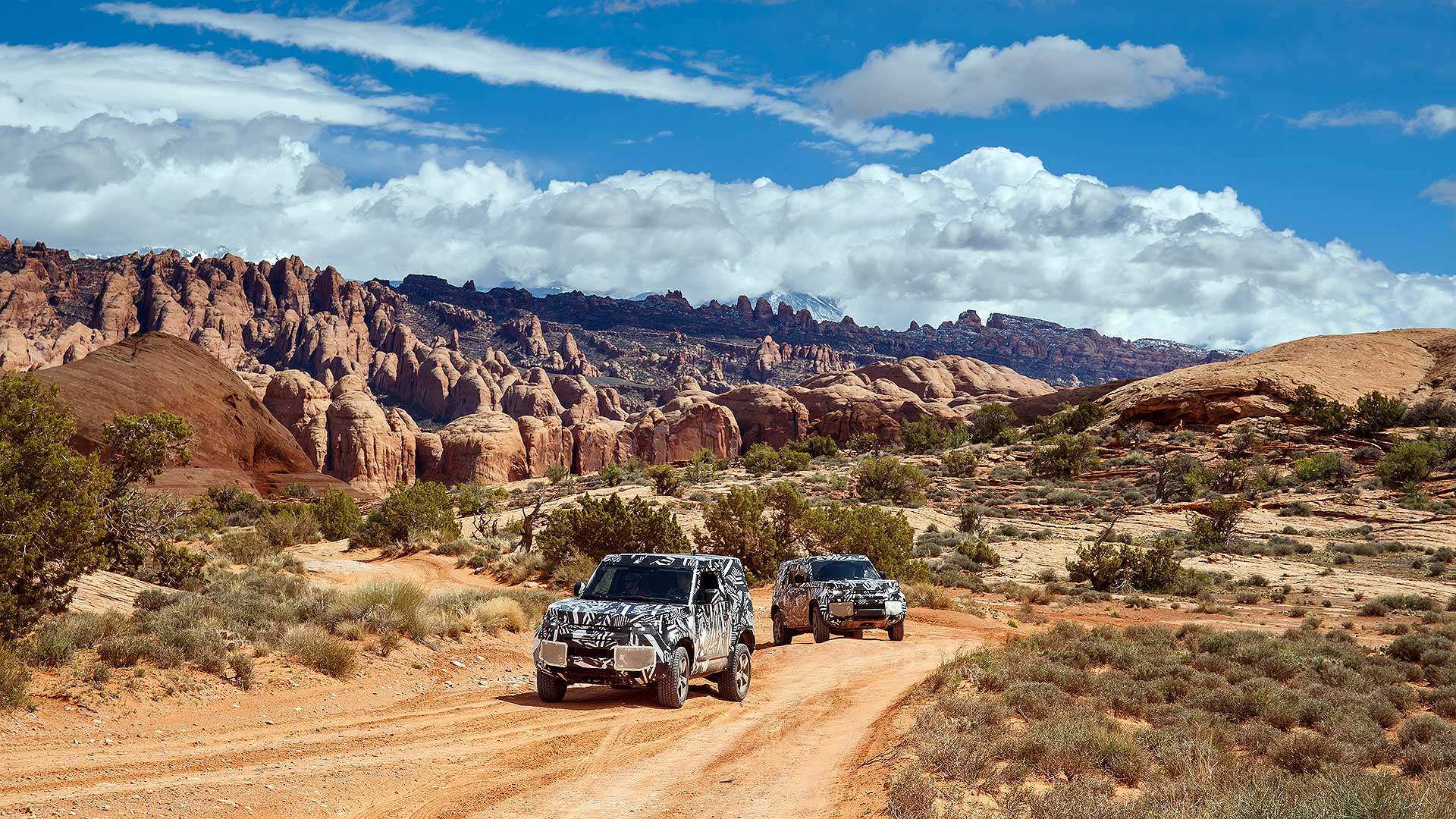 Engineering director Nick Rogers said: “In addition to the extensive simulation and rig testing, we’ve driven new Defender 1.2 million kilometres across all terrains and in extreme climates, to ensure that it is the toughest and most capable Land Rover ever made.”

Supporting operations at the Borana Conservancy in Kenya with Tusk “will allow our engineers to verify that we are meeting this target as we enter the final phase of our development programme”. 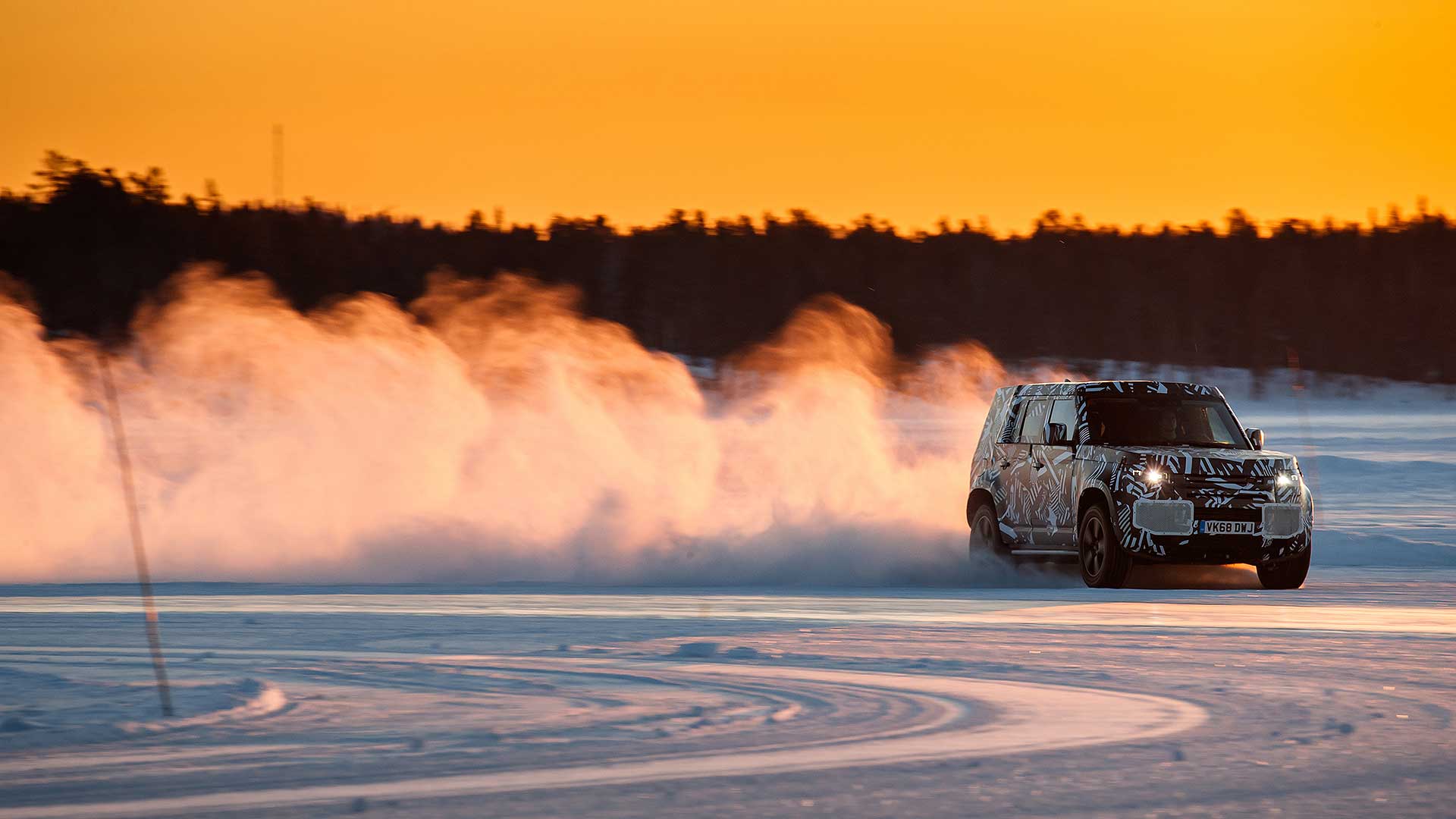 The new Defender has been designed and developed in Britain, although it will not be built there. Instead, the global Defender production base is at Land Rover’s new factory in Nitra, Slovakia. 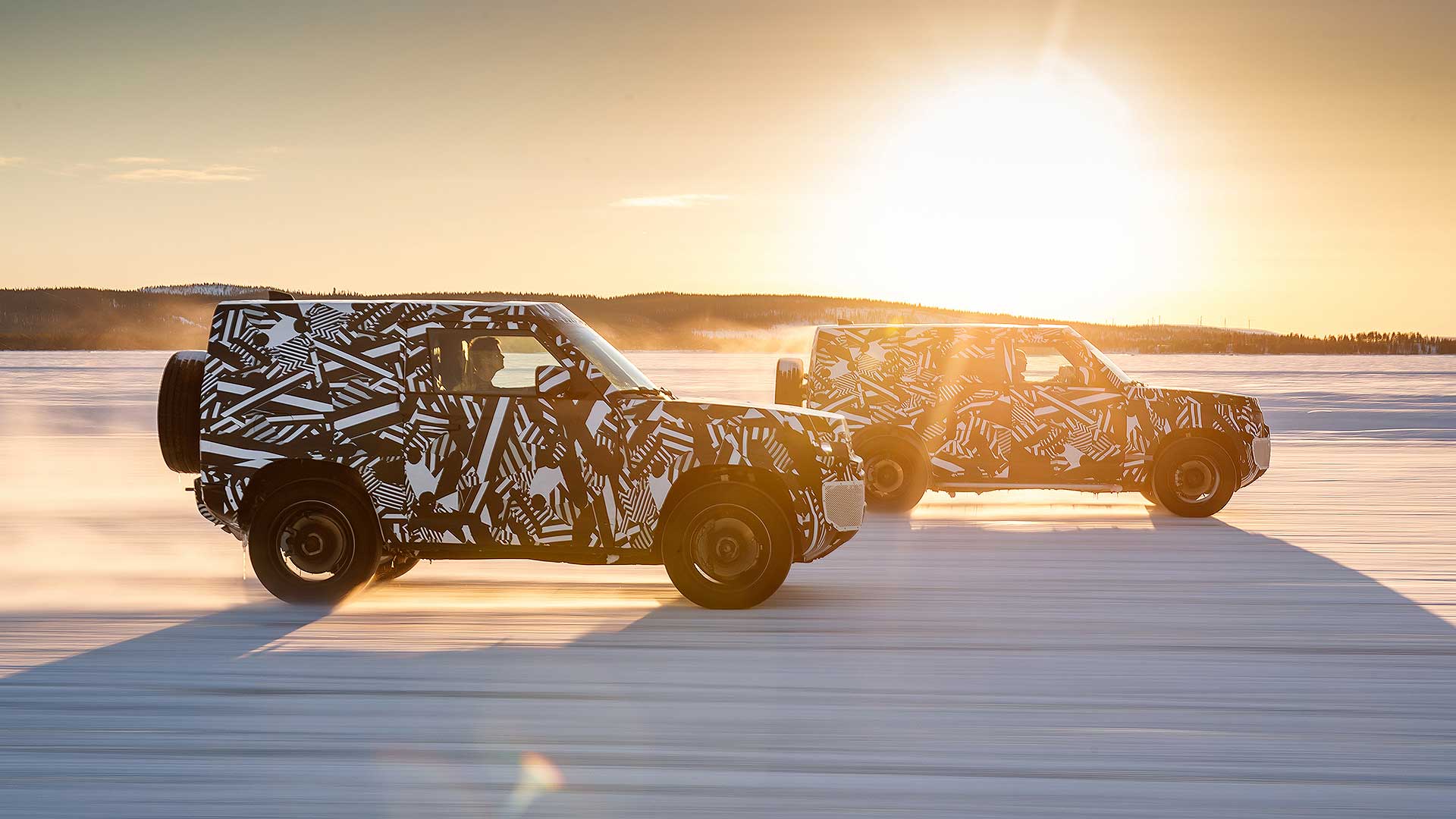 The full debut is scheduled for later in 2019 but Land Rover is happy to take registrations of interest now, via its website.