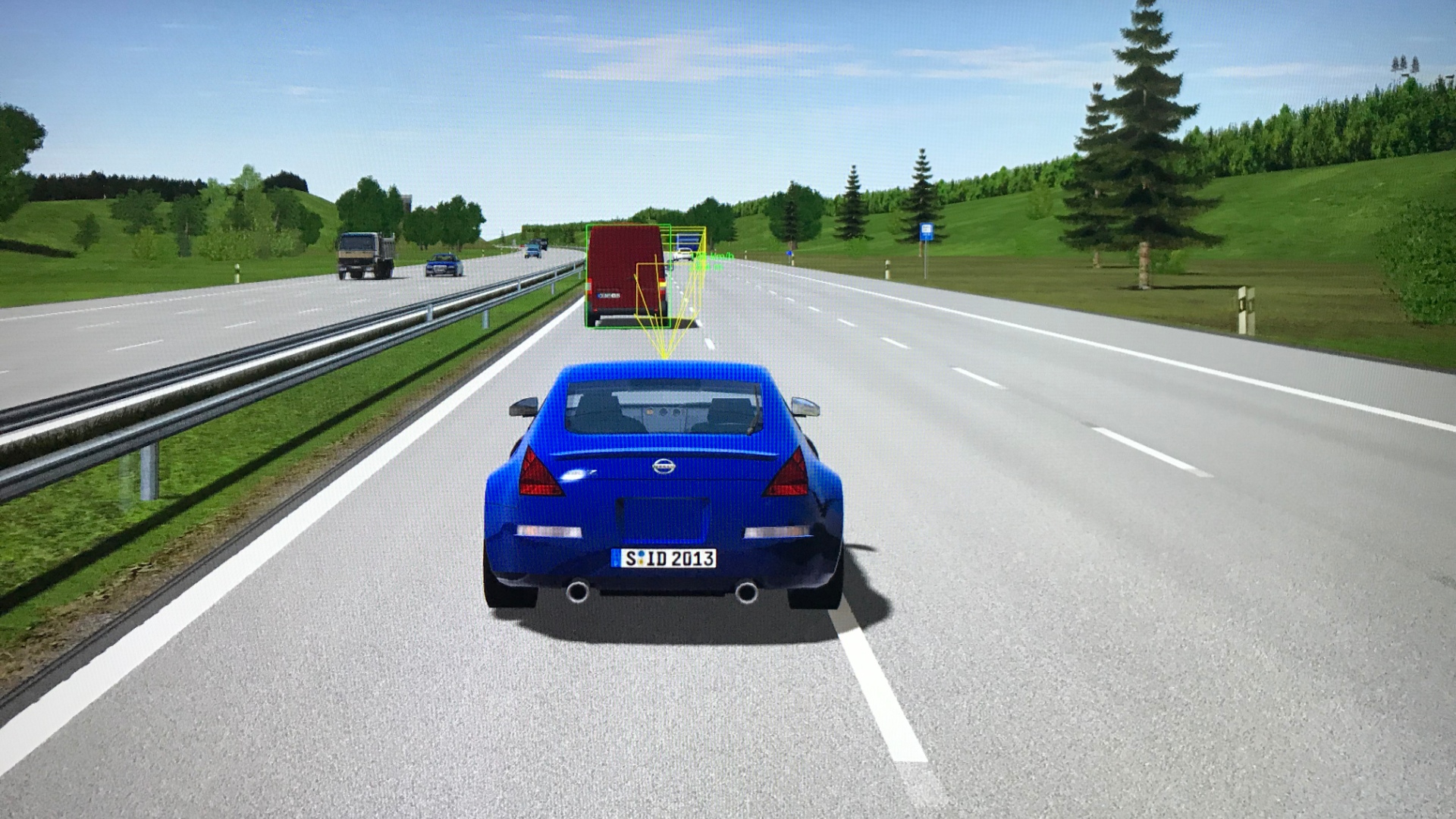 Calling this the most incredible driving simulator on the planet would be an understatement. The temptation is to draw comparisons with off-the-shelf racing games like Forza Motorsport and Gran Turismo.

In truth, both pale in comparison to what Ansible Motion does. It’s like lining up a firework alongside a Saturn 5 rocket.

A simulator that ‘tricks’ you 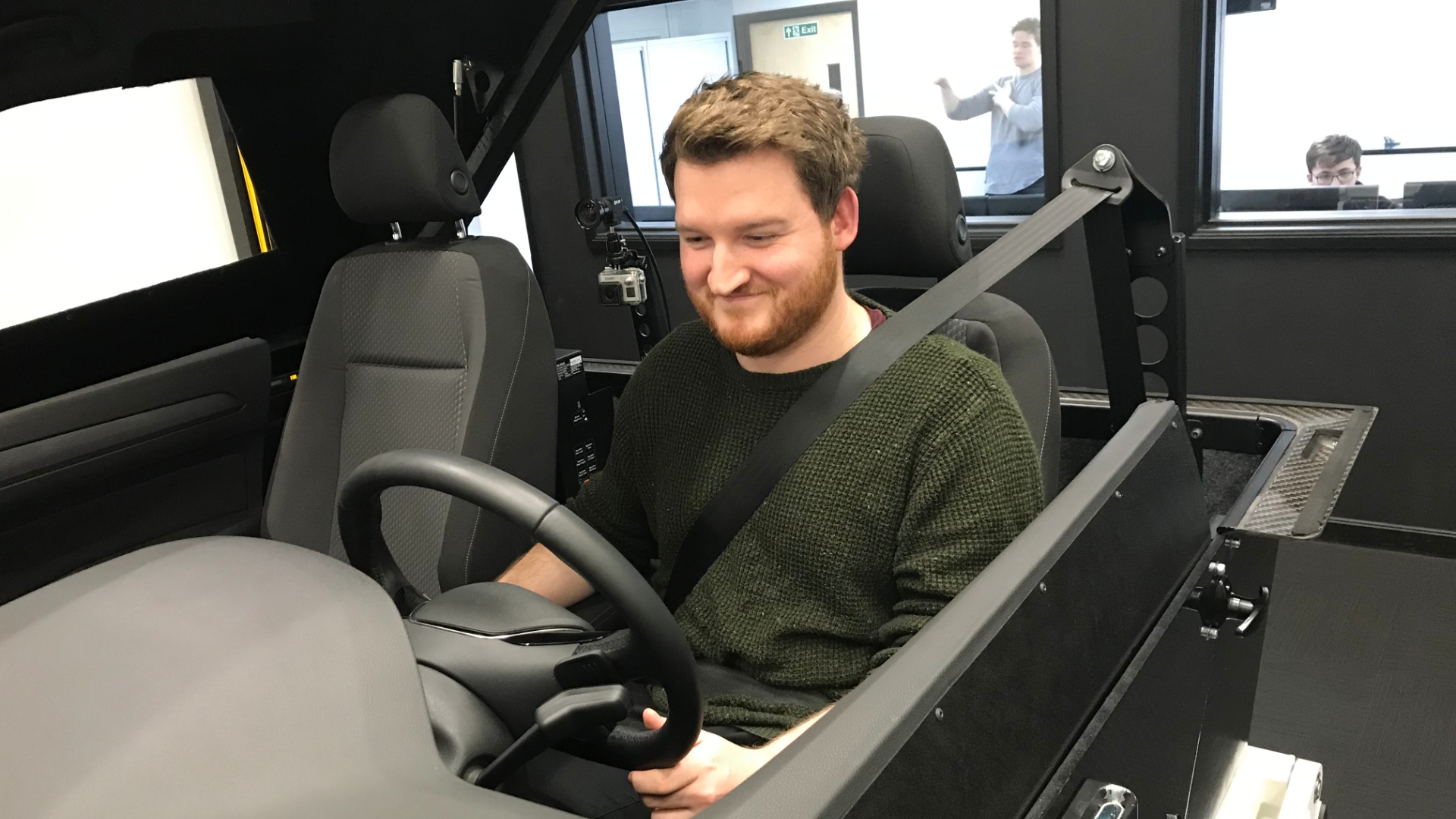 This setup is a bit more complicated than a Logitec hooked up to an Xbox. It’s also about 5,000-times more expensive, assuming your Xbox and wheel cost you around £500.

So what do you get for £2.5 million? A simulator system comprised of 16 computers, 300 data channels, 11 or more motion axes, an eight-metre wraparound screen and a projection system, plus audio that’s at least five times more powerful than inside a cinema. Add to that a full cockpit (of your choice) mounted in a carbon fibre tub on a stratiform machine with horizontal, longitudinal and rotational movement, while pivoting on three additional axes.

Why doesn’t Ansible Motion use a whole car? Well, it would go to waste on a rig and be extremely heavy. All this operates in a compact space, with much greater efficiency and freedom of movement than a ‘conventional’ hydraulic hexapod simulator. 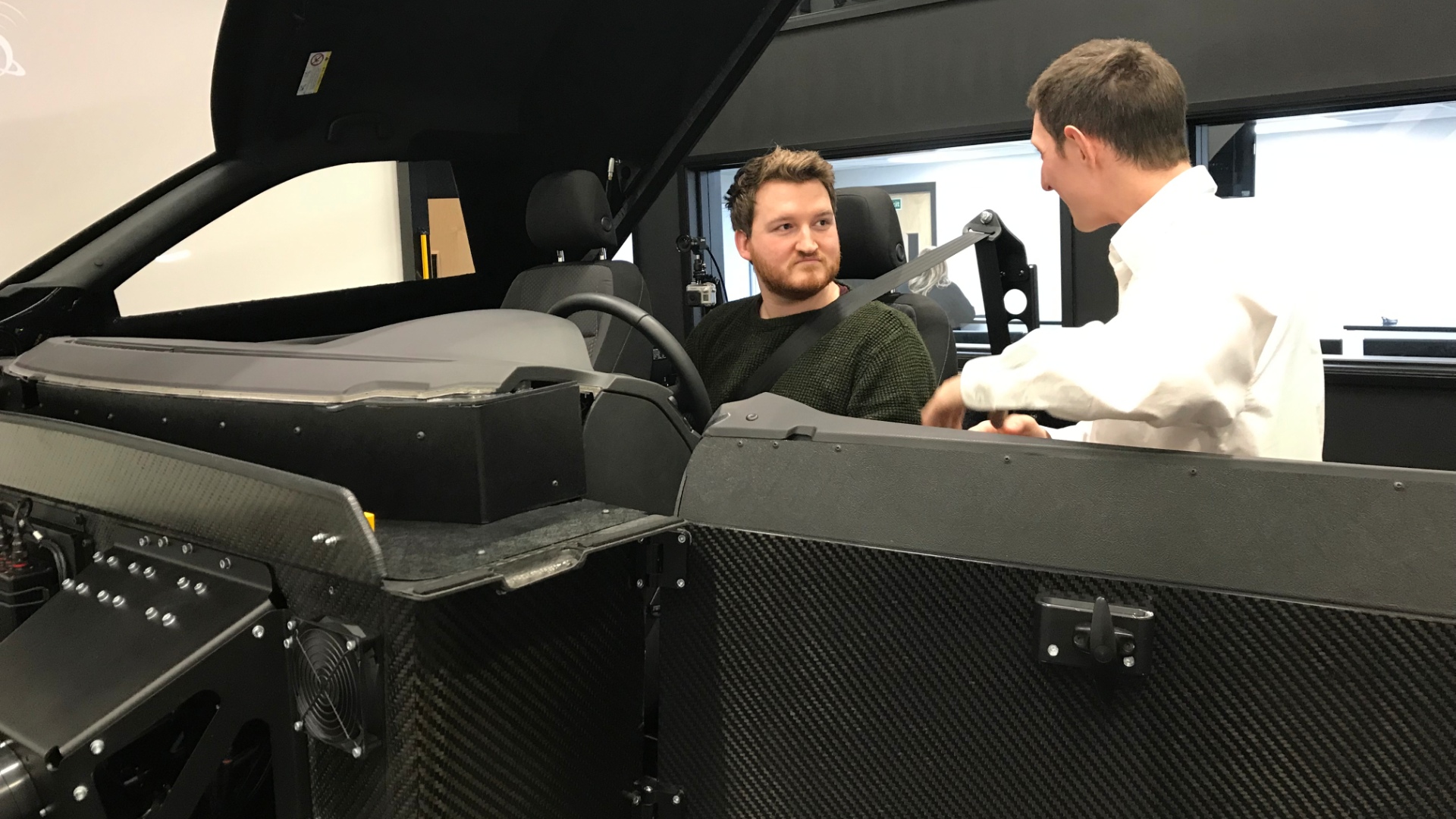 The result is a near-perfect driver-in-loop (DIL) system that tricks you into thinking you’re driving a real car.

The key is syncing everything up to the driver’s vestibular system. Put simply, that’s what gives you your sense of balance and place in the world. It’s an enormous part of what helps you distinguish between what’s real and what isn’t – and the final hurdle to ultimate immersion. It doesn’t matter how good gaming rigs get, you simply won’t get this level of realism.

Kia Cammaerts, founder and technical director of Ansible Motion, told us how a driver from “the top half of the grid of the fastest race discipline on Earth” was in Hethel to test the machine. He had a go, with the parameters for his car plugged in, and was having difficulty. Something didn’t quite feel right. Upon checking the systems, they found it was calibrated for him sitting 10 centimetres or so further to the right. Once fixed, he immediately gelled, setting world-class laps from the off.

What is the simulator used for? 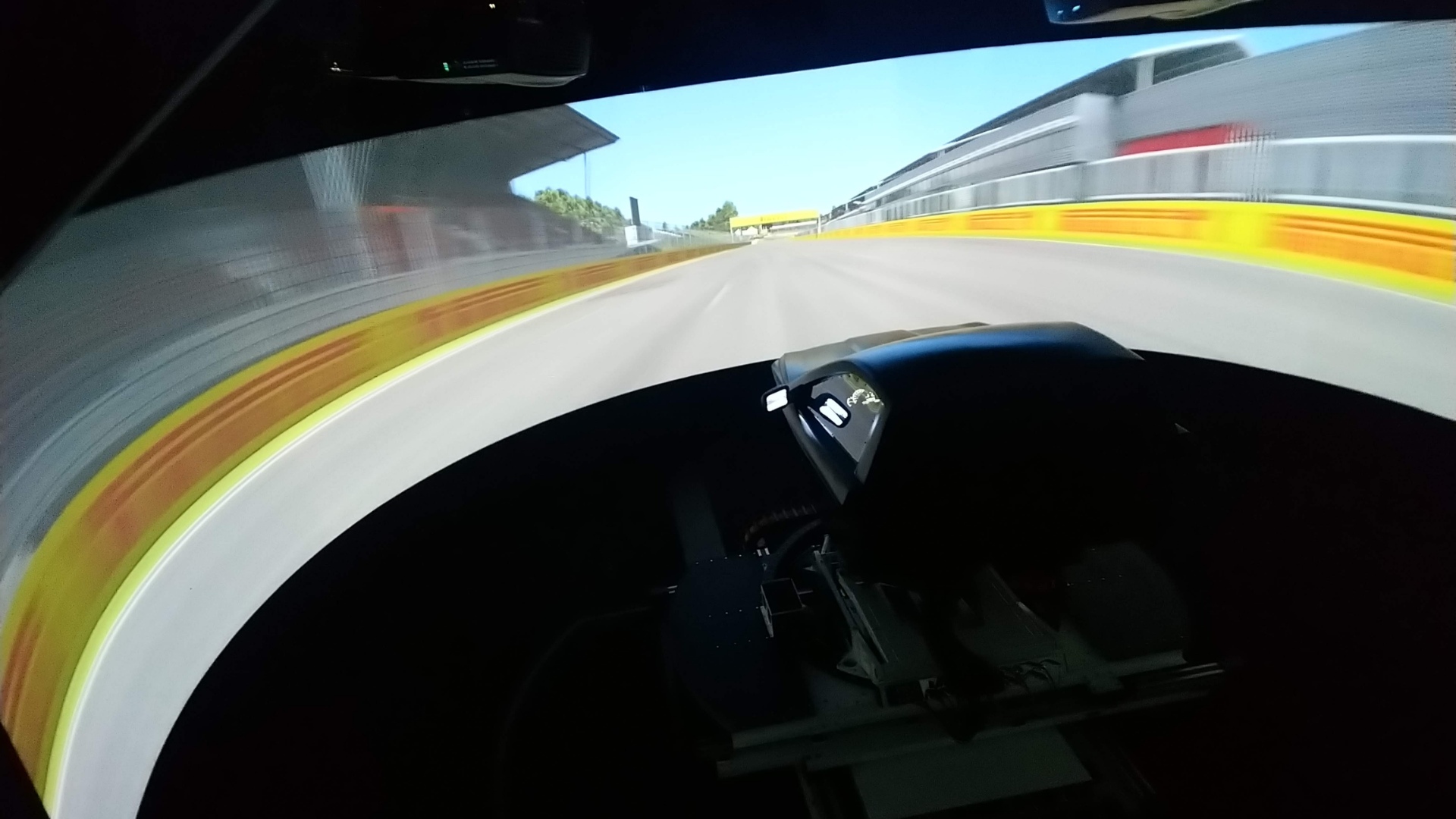 Incorporate the parameters for your car – a lengthy process, we admit – and it’s possible to actually drive as you would the real thing. By parameters, we mean suspension spring rates, chassis rigidity, tyre tolerances and much more. Plug your relevant information in and, before you know it, you’re driving without driving.

Ansible Motion was understandably secretive about which marques it’s worked with. “Some of the latest supercars” were developed using one of these rigs. Their range of clients goes from mainstream car manufacturers to Formula 1 teams.

A moneyed Middle-Eastern customer also asked them to make him a game. They considered it, but talked him down. Based on how much work it is to develop a single research parameter, such as suspension bump and rebound (for a single car at a single circuit), it would make for one of the most sophisticated but least diverse gaming setups there is. And you’d need a small team to run it. 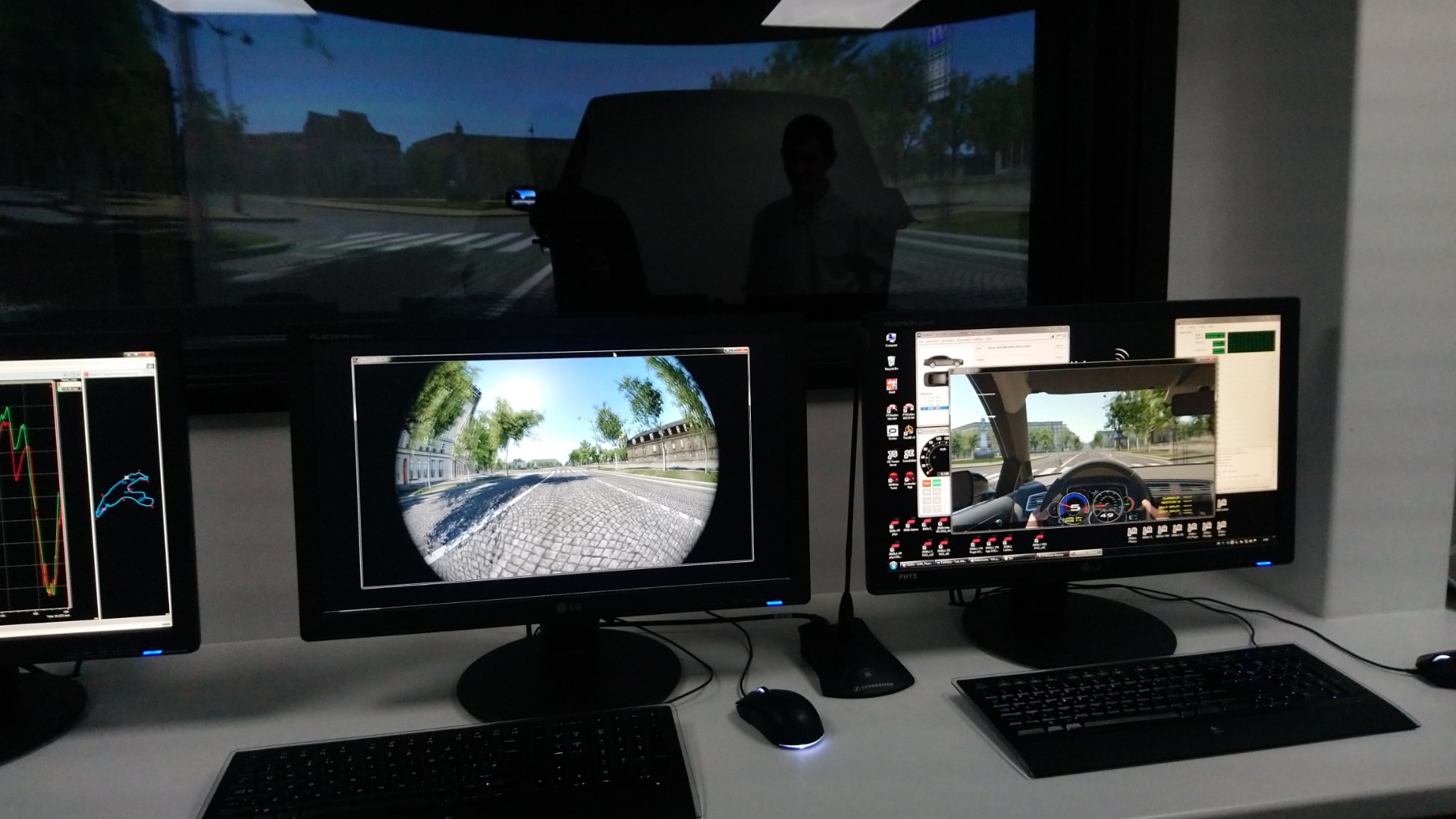 Aston Martin recently showed off something similar being used for its Valkyrie hypercar. It means a lot of the real-world testing that was previously necessary (some of which could be dangerous), can be offloaded onto sims. Connect a real powertrain to the computers and the rig, and lay down hundreds of testing hours at Spa without any worries of stuffing a multi-million-pound prototype (and yourself) at Raidillon.

Then there’s the other end of the scale. Stick a driver in a simulated autonomous car and you can monitor how that person reacts to stimuli. You can see the effects of challenging traffic situations, or how a driver might get distracted over the course of a long journey. At Millbrook, by the 10th run, the tyres would be dead and it’d be raining.

The possibilities are nearly endless, for driver in-loop, hardware in-loop and software testing. The company is getting “more requests for use cases and testing than we’d ever even imagined”. 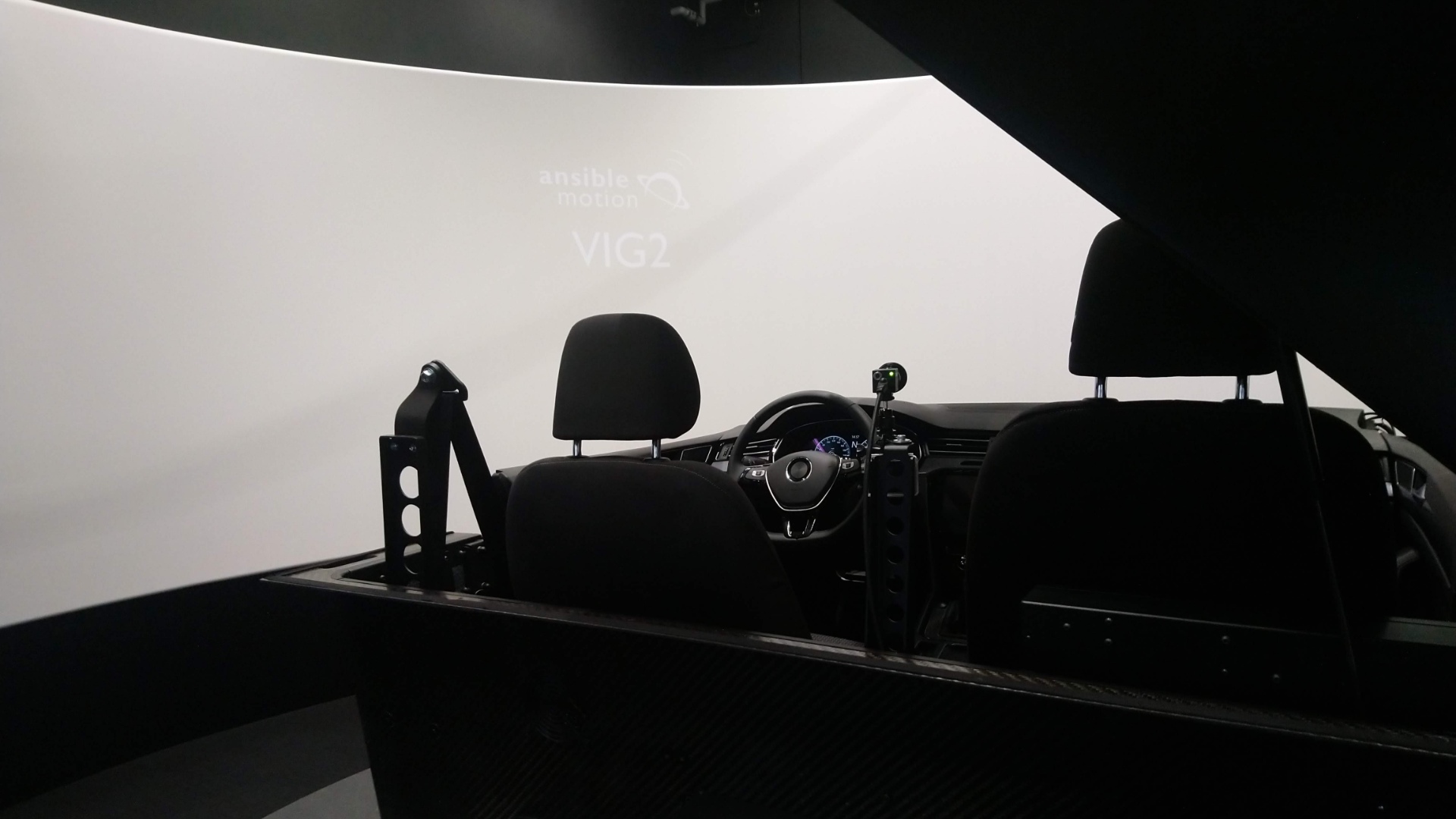 Initially, I was sceptical. While the rig itself and the scale of the system was impressive, the graphics weren’t as real-looking as I’d hoped. Could I really be put under the spell of this machine if my eyes weren’t fooled?

Yes, absolutely I could. The power of the vestibular system, and the fact that Ansible Motion have cupped it like a tiny delicate bird with their remarkable machine, became immediately apparent.

The rig is so responsive and has such a range of movement that you’re fully immersed. This was the first time I’d ever felt ‘there’ while driving in a virtual system. The sensations of sound, G-forces, acceleration, deceleration, body-roll, turning resistance, – it all felt so realistic. 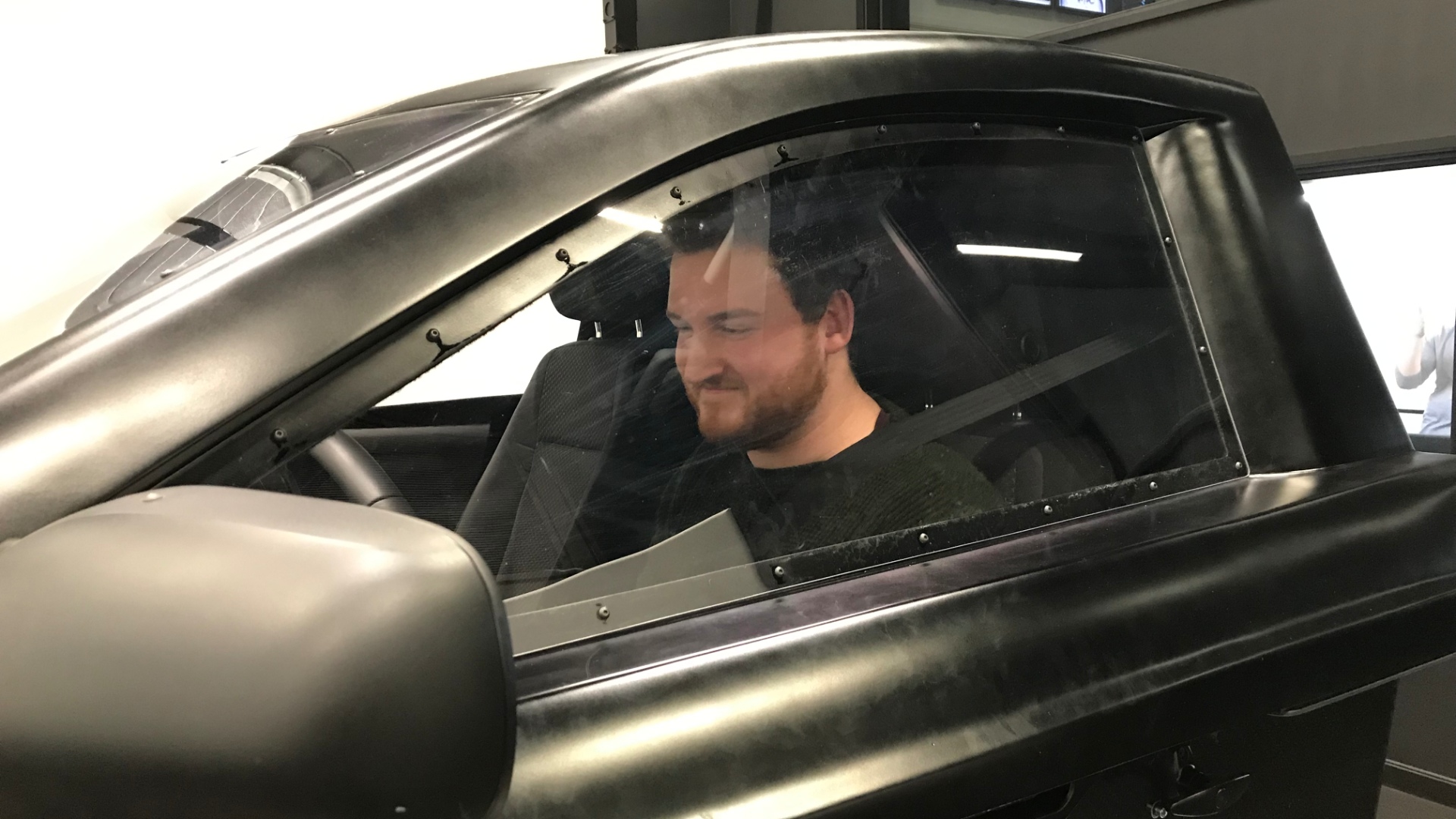 The weighting of the controls, the feeling of pressure in the brakes, the way the seatbelt tightens as you lean on the brakes – any way you interact with a car as you’re driving it, it’s simulated. I couldn’t help but crack a smile of disbelief.

To get a sense for how successful it’s been, and how highly the industry regard the Ansible Motion system, I wasn’t allowed to drive a ‘real’ car. Or, at least, I wasn’t allowed to know what it was. Closely-guarded dynamic secrets hide within the models and code inside these computers. Instead, I went out in a ‘generic mid-size executive car’, something like a BMW 3 Series.

This experience of simulated driving is one I won’t forget, even though it did feel oddly familiar.