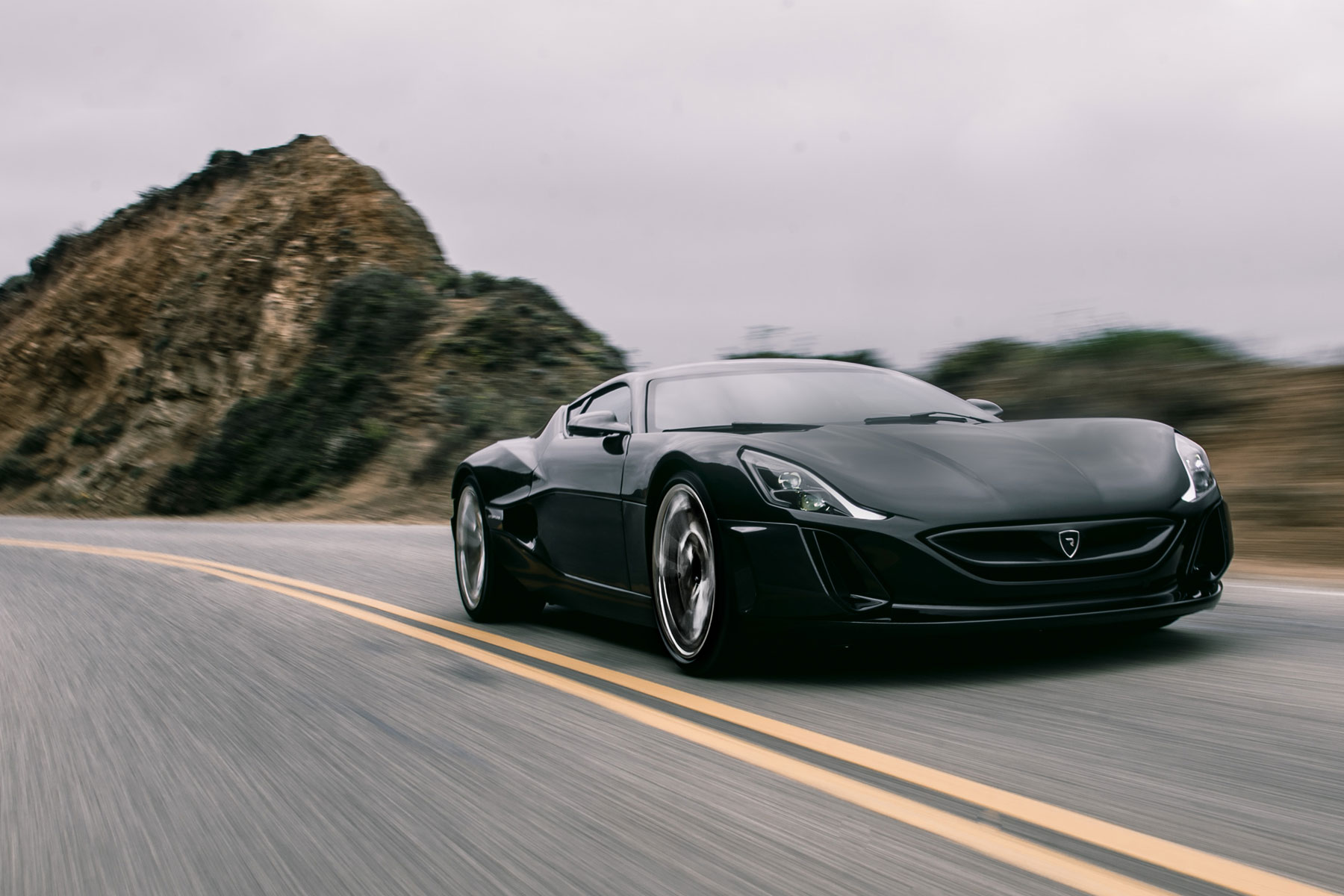 Search online for ‘Croatian car’, and you’ll be greeted with a wave of information on the Rimac Concept_One supercar, arguably Croatia’s finest export since Luca Modric. It’s fast, it’s electric, and Richard Hammond crashed one, so it gets more attention than a certain Swedish blonde sat in the crowd looking forlorn during England’s quarter-final victory.

The Rimac Concept_One was, however, famous within enthusiast circles long before Hammond decided to go flying off the side of a Swiss mountain. You can thank a 1,224hp powertrain, 2.5-sec 0-62mph time and a 220mph top speed for its ability to rub shoulders with the hypercar elite.

But in flame-grilling a Concept_One for The Grand Tour, Hammond thrust the Rimac name into the mainstream, while providing more joke material for Messrs Clarkson and May. Today, many people will know of the Rimac Concept_One, even if they don’t link it to Croatia, or indeed know anything about the car’s background.

The company is led by 30-year-old Mate Rimac. Born in Livno, in the former SFR Yugoslavia, Rimac grew up in Germany, before moving to Croatia to establish a construction company. As the owner of an electric car company, comparisons with Elon Musk are inevitable – his Wikipedia page lists the Tesla CEO under ‘See also’ – but Mate Rimac has forged his own path.

“There is no greater pleasure than going into the factory and seeing how the others work. Hats off to all of them. I always say we are always at the beginning, eight years ago I was in a garage, today there are 350 people in the company. We have gone through a lot of hard times,” Rimac said. 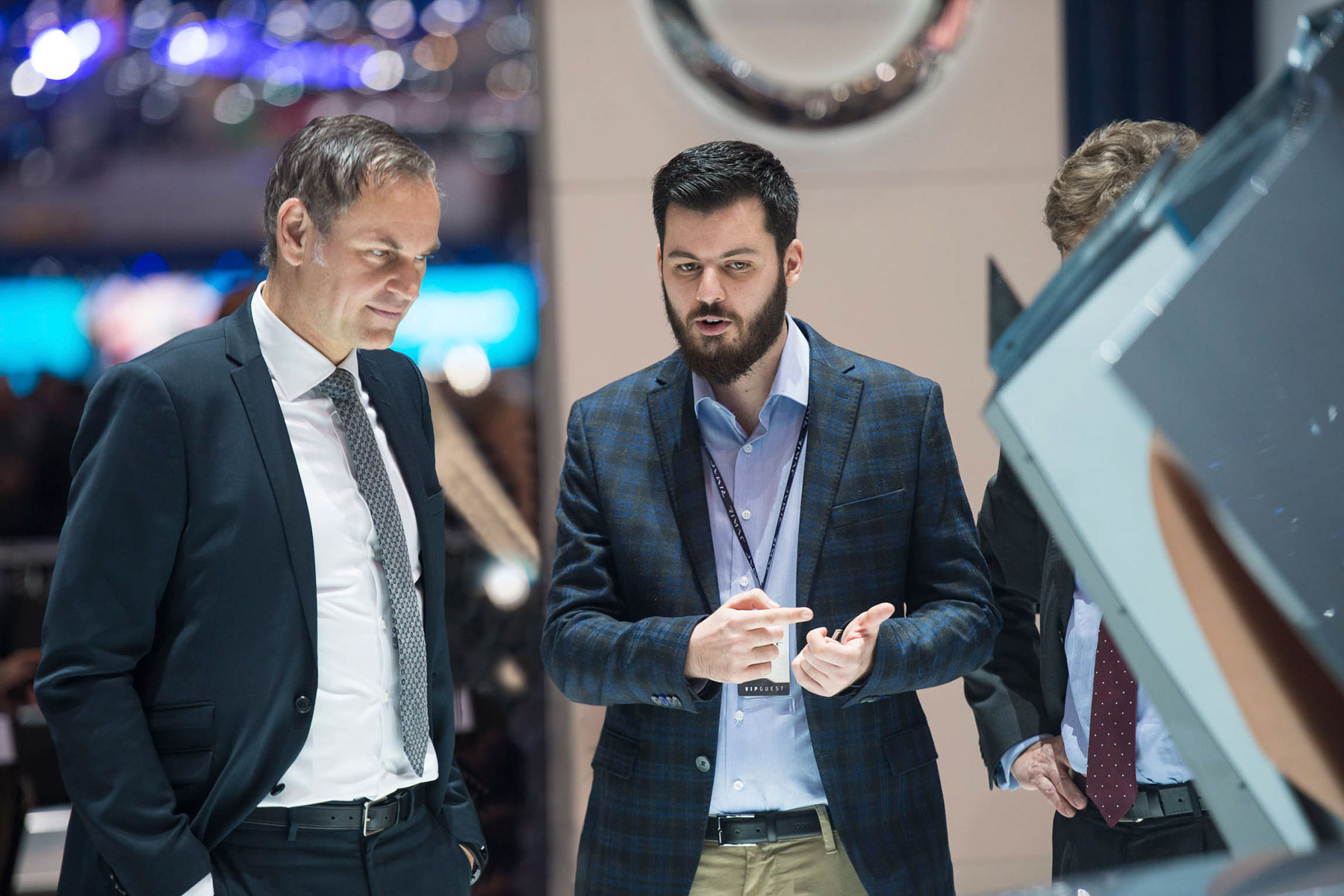 Not that Rimac is ready to slow down. Rimac unveiled the C_Two at the 2018 Geneva motor show, with all 150 units snapped up within three weeks, despite an eye-watering £1.5m price tag. Kreso Coric, Rimac’s head of sales, must have one of the cushiest gigs in the business. Build a 1,888hp hypercar, and the punters will follow.

Meanwhile, back in the real world, Rimac unveiled its first electric bicycle in 2013, with the Greyp G12 offering motorcycle-like levels of performance. The G12 has since been replaced by the G12S, which can reach 70km/h without any assistance from the rider while offering up to 120km of range from a single charge.

With such a track record in the field of electromobility, it’s little wonder that Porsche took the decision to buy a 10 percent stake in the Croatian company. “We feel that Rimac’s ideas and approaches are extremely promising, which is why we hope to enter into close collaboration with the company in the form of a development partnership,” said Lutz Meschke of Porsche.

The investment will allow Rimac to focus on high-voltage battery technology, electric powertrains, digital interfaces between man and machine and, what the company claims, will be the most advanced electric bicycle on the market.

Away from visions of the future and silent runnings, Croatia’s car industry is hardly overflowing with heritage and excitement. A few companies emerged during and after the Second World War, with production focused on buses, trucks, rolling stock and military vehicles.

Indeed, school children and tourists in the late 80s and early 90s might remember travelling on Tvornica Autobusa Zagreb (TAZ) Dubrava coach. It wasn’t the last word in luxury and quality, but it was powered by a dependable, rear-mounted Daimler-Benz V8.

According to Martyn Hearson on Flickr: “The not unattractive type was imported from Yugoslavia towards the end of the 1980s by Leicester-based dealer DSB Coach Sales, and if I recall correctly, about 60 were sold in the UK.

“Power came from a virtually bomb-proof rear-mounted Mercedes V8 and generally speaking they were quite reliable. Where they did fall down, however, was with poorer build quality than would typically be expected in Western Europe and spare parts for the bodies were to become an issue.

“The latter affected, I suppose, by feuds in the manufacturer’s ‘backyard’. There were tales of unsold examples being dismantled at the dealer’s premises in order to provide some form of back-up for those already sold and in service.”

Fortunately, the vast majority of Croats aren’t travelling around perched on the moth-eaten and fag-burned seats of a Dubrava. It’s also fair to say that, unless their surname is Modric, Rakitic or Perisic, not many will have the funds required to drive a million-dollar hypercar.

Indeed, the top 10 best-selling cars in Croatia are a tad predictable, with the Skoda Octavia topping the charts in 2017. This was followed by the Renault Clio, Ford Focus, Volkswagen Golf, Opel Astra, Suzuki Vitara, Opel Corsa, Volkswagen Polo and Dacia Duster.

Unlike here in the UK, the Croatian new car market is enjoying a successful period, with Best Selling Cars Blog reporting a 7.8 percent gain in May. A total of 8,758 registrations is the highest level this decade, with the Renault Clio hitting the top for the first time since 2003. What’s Croatian for ‘Va Va Voom’? 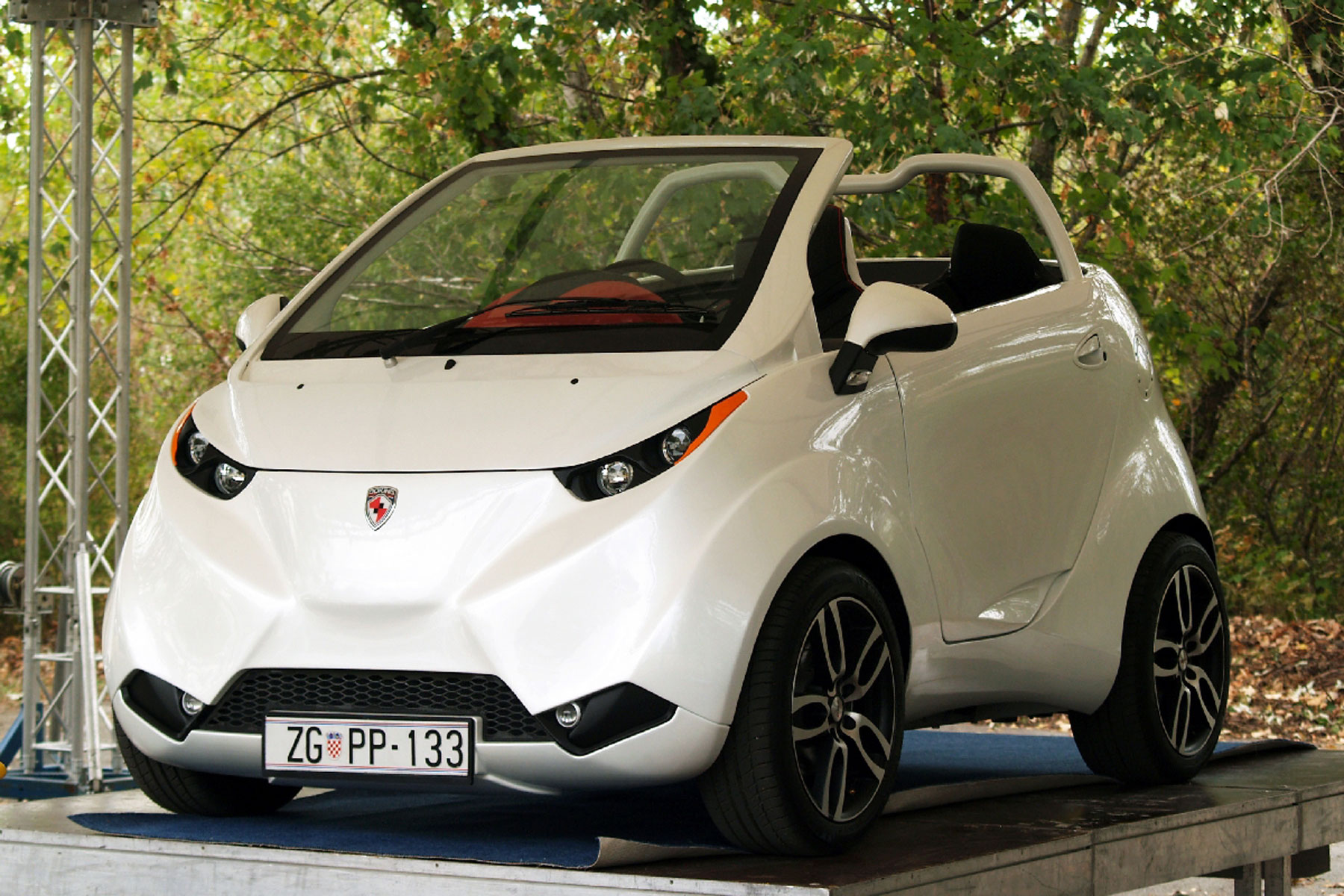 In the future, the people of Croatia might be driving around in a smaller and more affordable electric vehicle – the DOK-ING Loox. Built by a company with a history in electric, unmanned vehicles, the three-seater Loox offers a range of up to 220km and a 0-62mph time of 7.7 seconds.

With a central driving position, flanked by two rear seats – think McLaren F1, of sorts – the Loox also features a pair of gullwing doors, an aluminium chassis, carbon body and a charging time of 3-8 hours, depending on the source. DOK-ING is searching for investors to put the Loox into volume production, and if successful, the Loox is likely to cost around £25,000.

For now, it’s left to Mate Rimac to fly the flag for the Croatian car industry and to Luka Modric and his teammates to do the same for the national football team.

The England fans will be hoping that two penalty shootouts will leave the Croatian players feeling as fatigued as an ageing Dubrava, while the opposing fans will be looking to the Rimac for inspiration.

But maybe that’s not such a good idea. The last time an Englishman encountered a Croat on foreign land, the Croatian crashed and burned, while the Englishman was able to fight another day before coming home in a blaze of publicity.