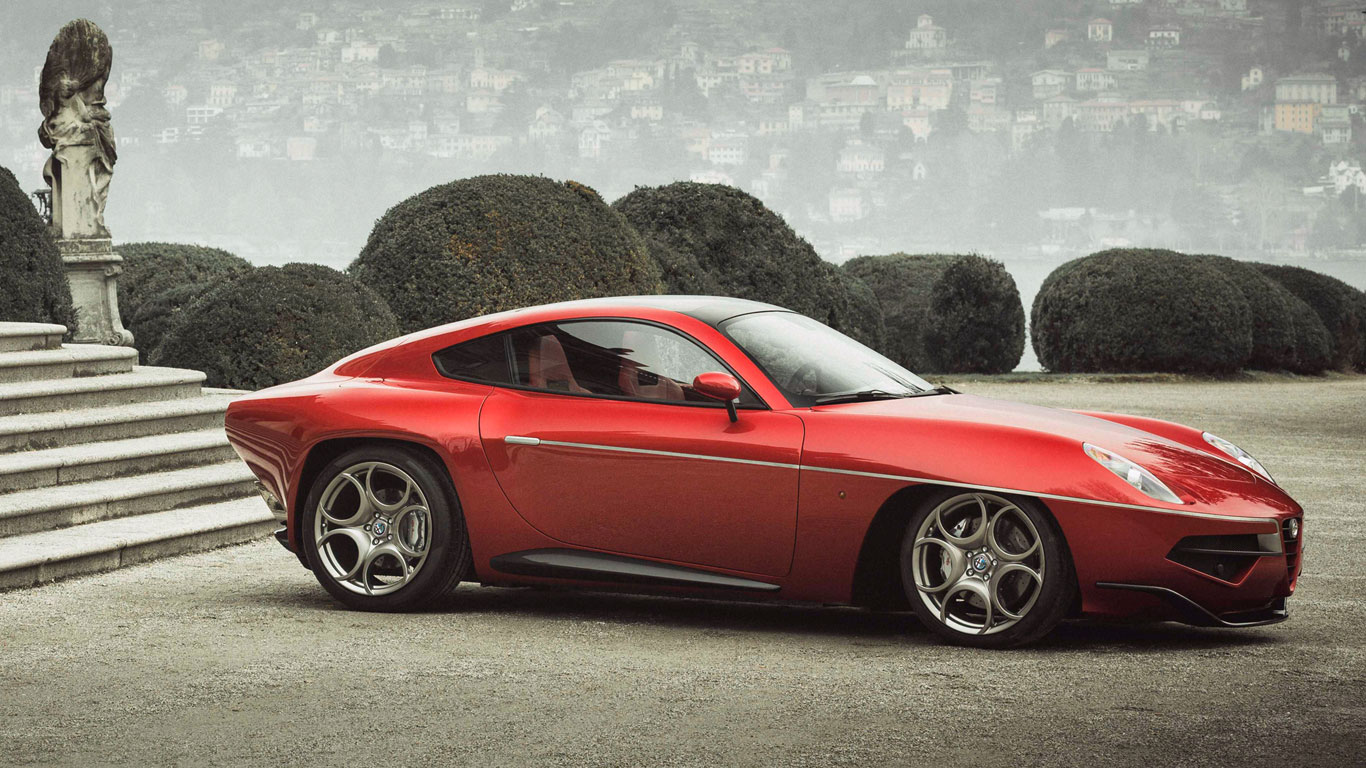 Everything sounds better in Italian. For example: “Il mio scarico è bloccato. Chiama un idraulico.” If Google Translate is to be believed, that’s telling somebody you have a blocked drain and you’d like them to call a plumber. With this in mind, I’ve been tasked with coming up with 25 car names that sound great in Italian, but sciocchezze in English. 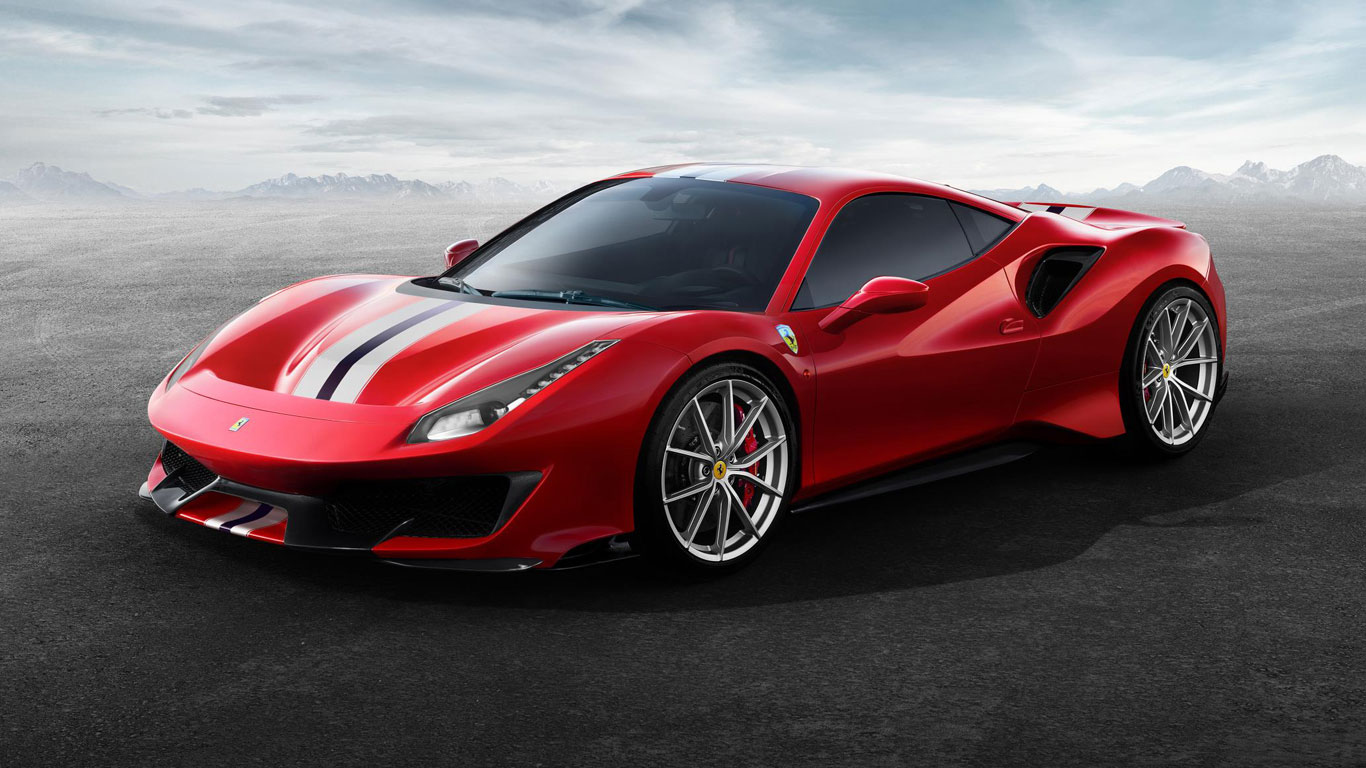 The Ferrari 488 Pista: ask an Italian to pronounce the name and it will sound beguiling, evocative and exotic. Ask somebody from an English-speaking nation and it will sound unpleasant and slightly whiffy. Pista is, of course, Italian for “track”, but if you thought it sounded faintly ridiculous without an Italian accent, have a look at Travis Okulski’s piece on Road & Track. It doesn’t translate particularly well, especially if you’re Estonian, Lithuanian, Persian or Ukranian. 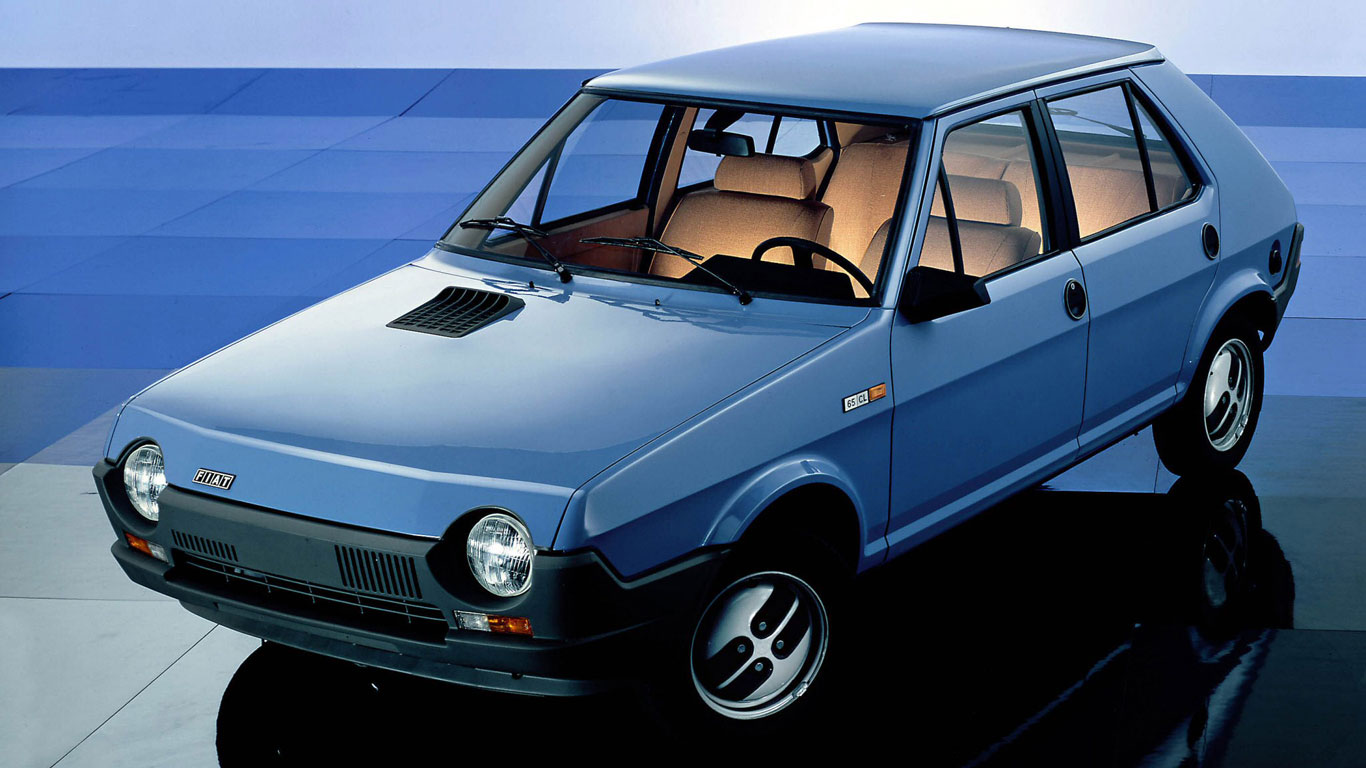 The Fiat Ritmo was exported to most English-speaking markets as the Fiat Strada, which itself sounds more appealing than the Fiat Street. Why was it called the Strada in the UK and USA? Simply because Ritmo is Italian for “rhythm”, which is a natural form of contraception. 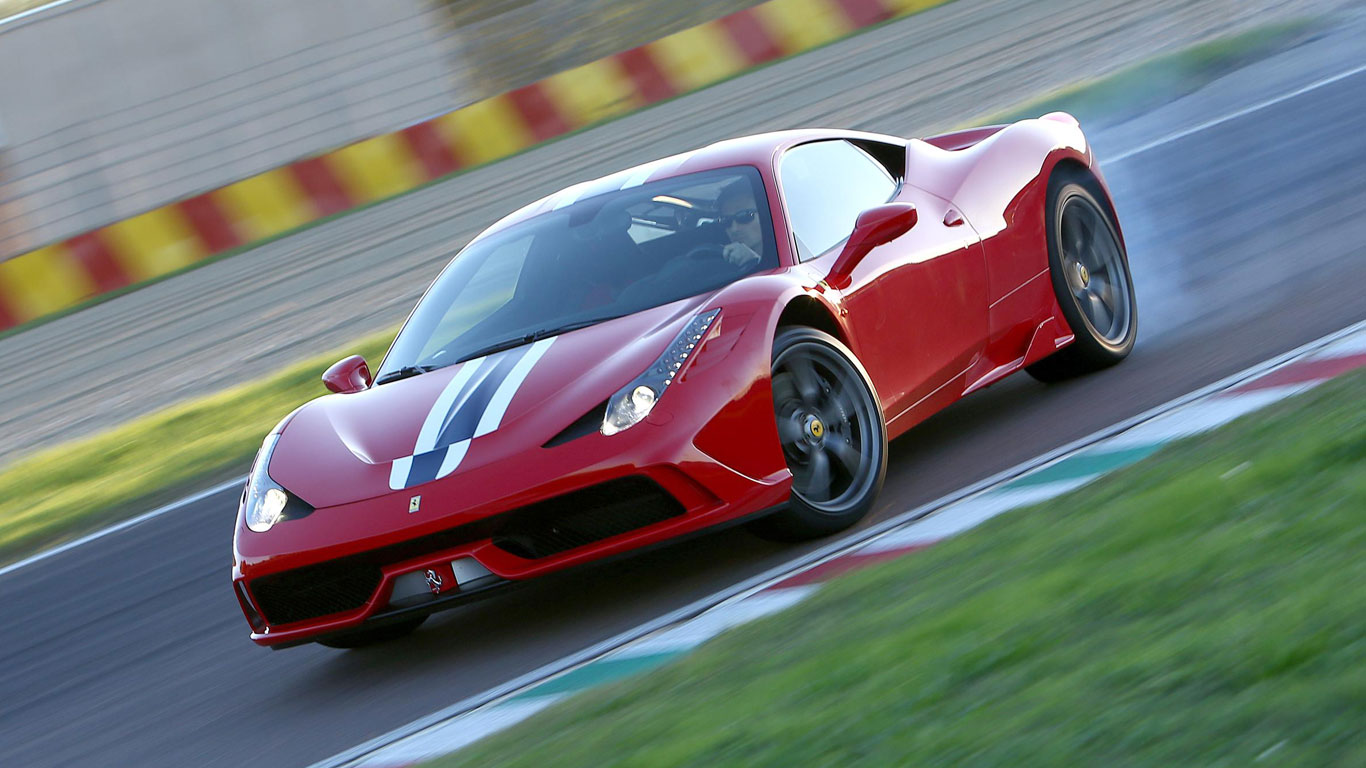 Say the word “special”. Now say “speciale” in your finest Italian accent. It just sounds so right, even if your impression of an Italian is about as convincing as Joe Dolce’s Shaddap You Face. Ask your parents. 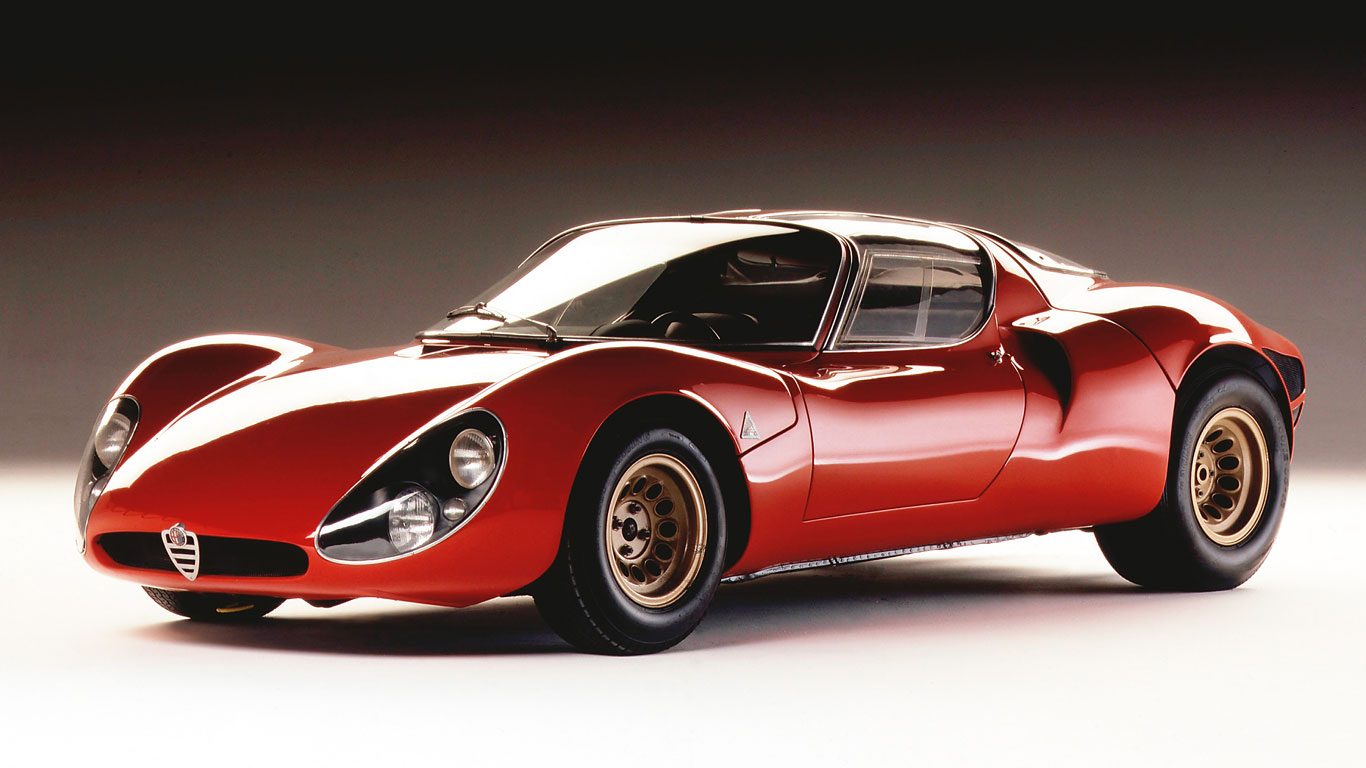 Strada is Italian for “street”, while stradale is “road”. Whatever, just admire the majesty of the Alfa Romeo 33 Stradale. Italian car manufacturers have a history of using the name to denote a road-going version of a racing car. 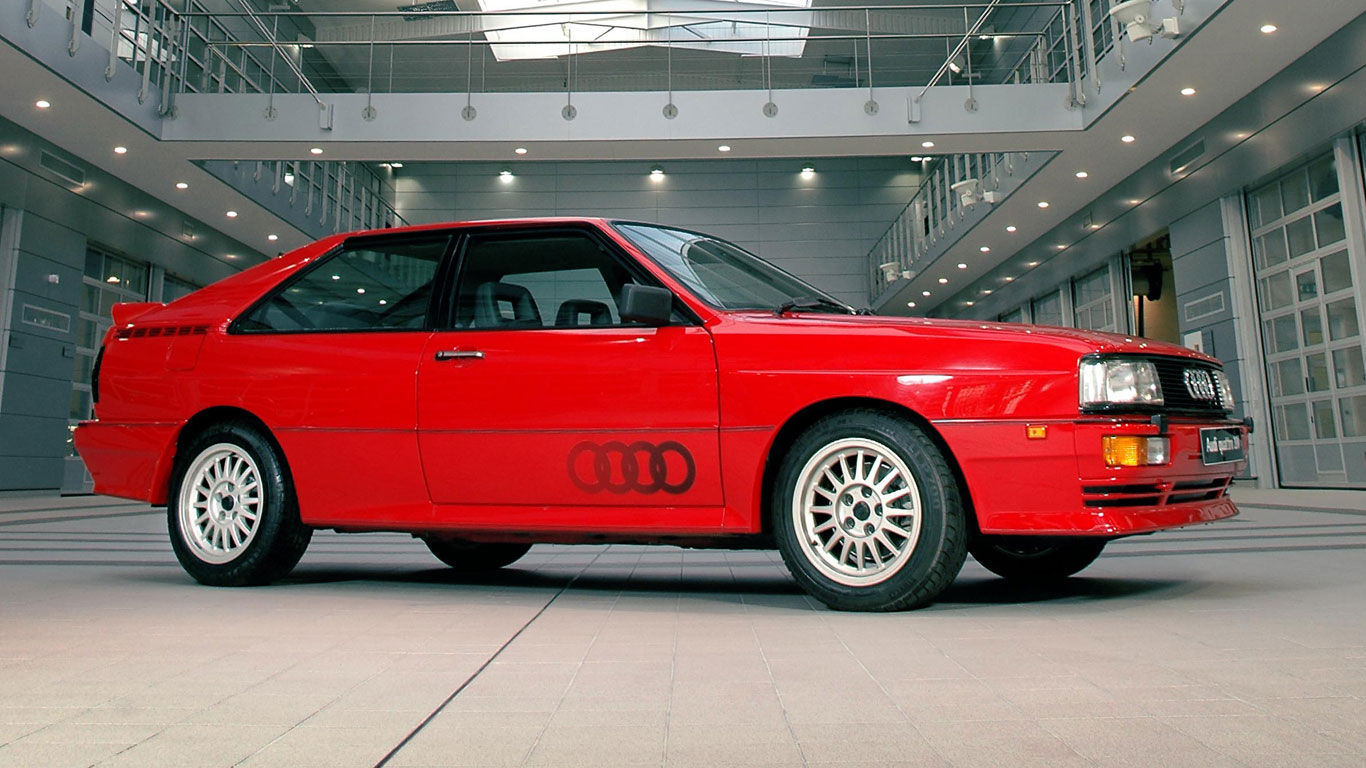 Anybody who has ordered a four-cheese pizza will know that quattro is Italian for “four”. An apt name, then, for a performance coupe that put four-wheel drive on the map as a real-world option. 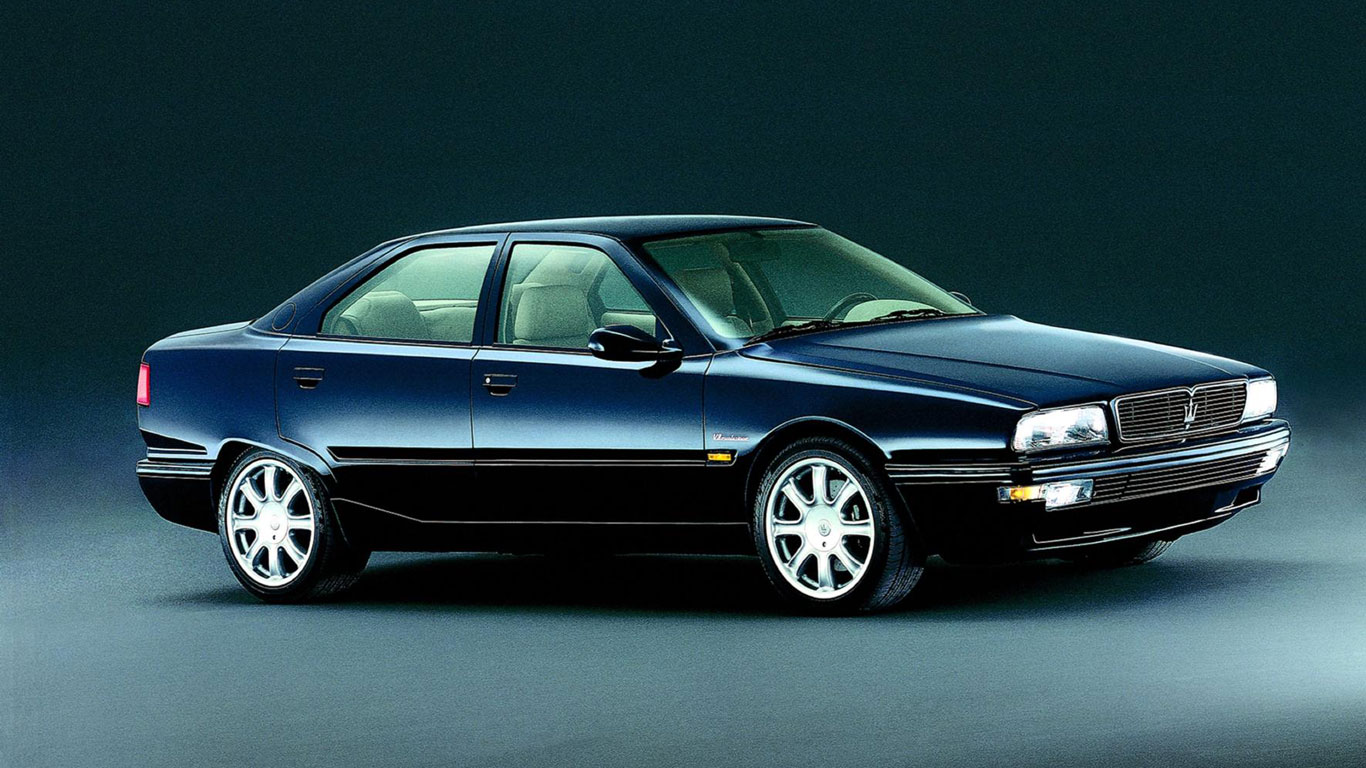 It sounds like the most exotic car on the planet, but it means little more than Maserati Four Door. Back in 1963, when the original Quattroporte was launched, it was the fastest four-door saloon in the world. 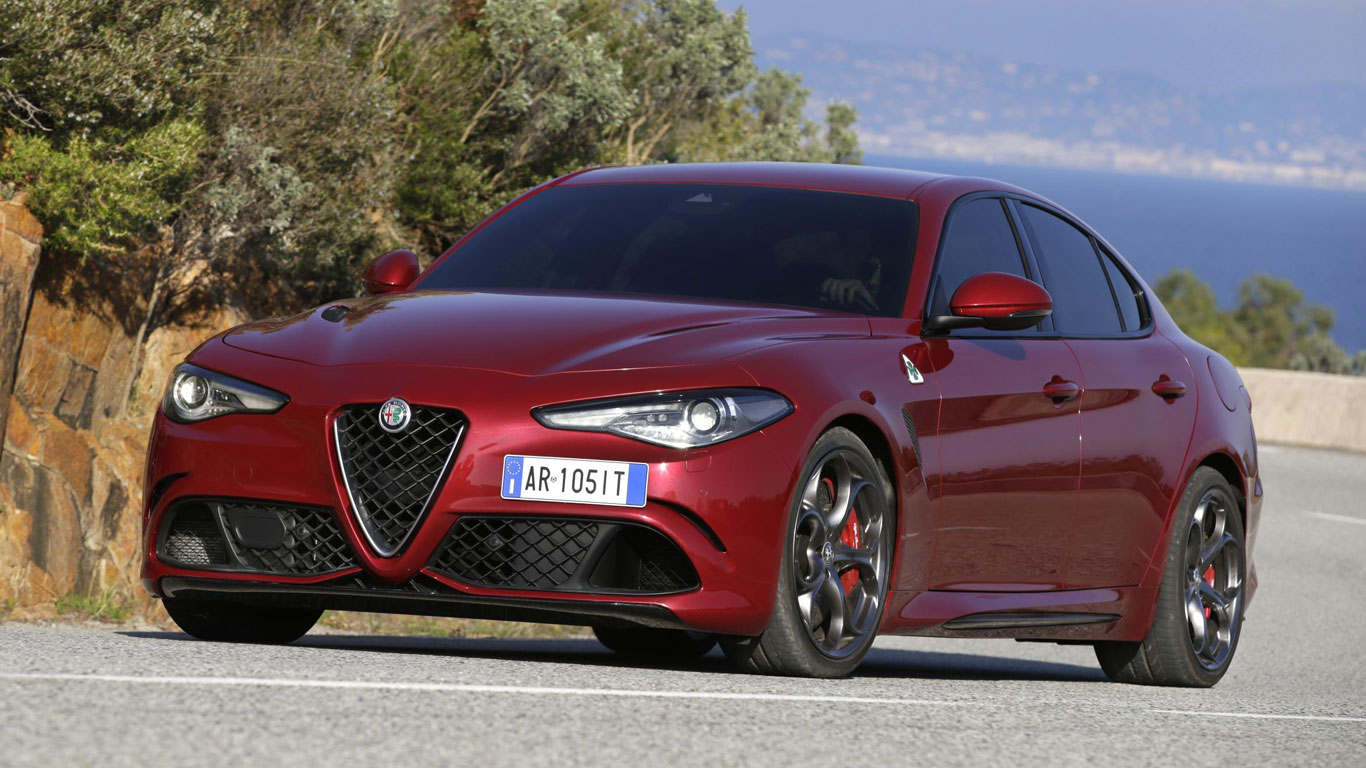 The history of the Quadrifoglio Verde – or “green four-leaf clover” – dates back to 1923, when Ugo Sivocci decided to add the symbol of luck to his race car. Sivocci won the 1923 Targa Florio, and it was assumed that luck played a small part in his victory. Later that year, Sivocci died during practice for the Italian Grand Prix. The Quadrifoglio Verde hadn’t been applied to his race car… 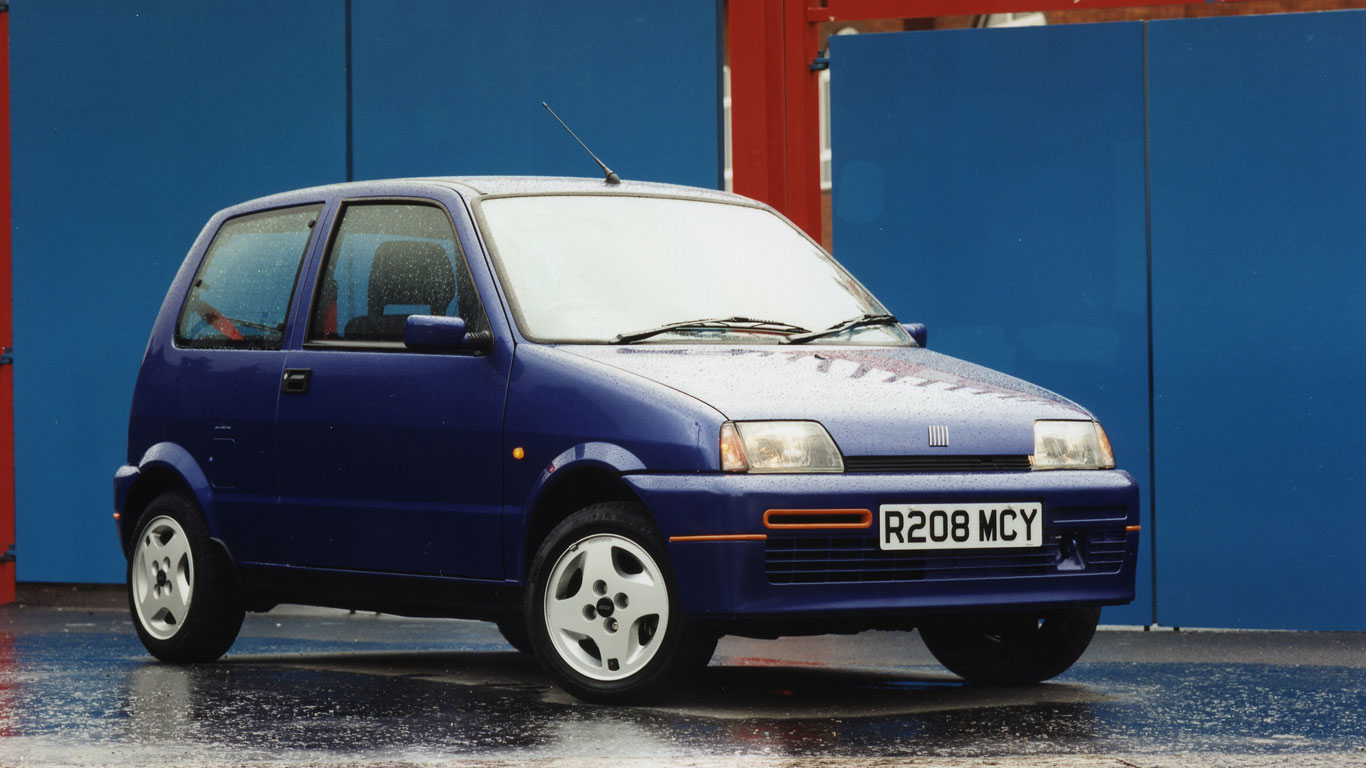 The Fiat Cinquecento: the city car of choice for The Proclaimers. Well, they’d almost certainly walk 500 miles to find a good one. 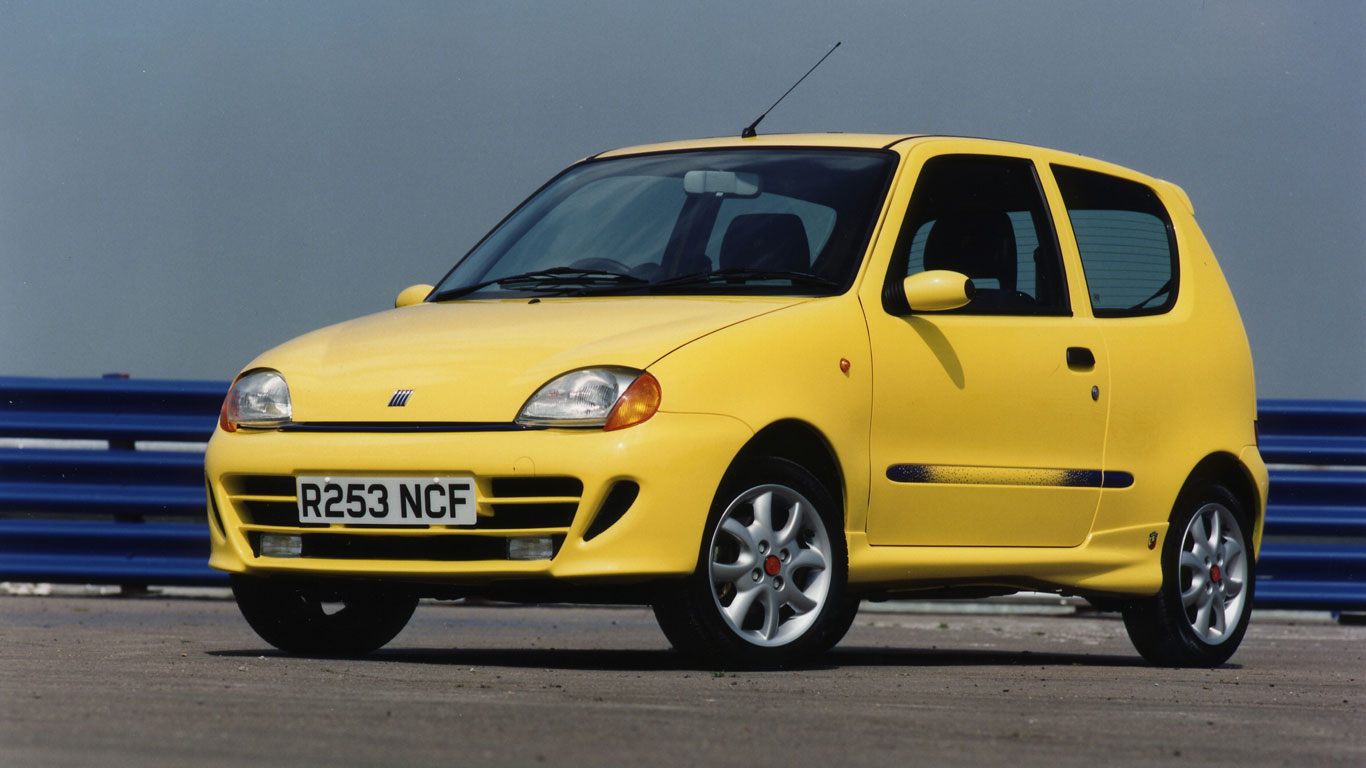 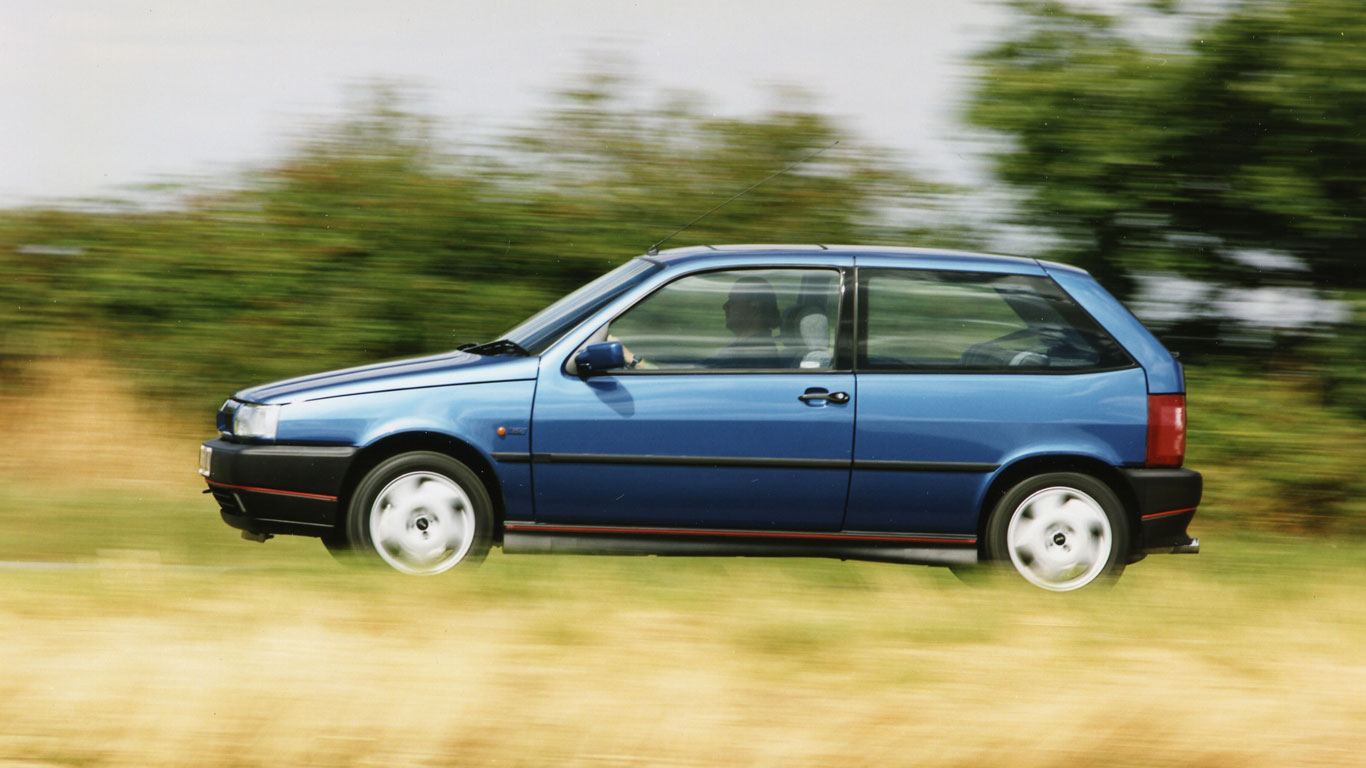 The Fiat Group’s Tipo Due platform – or “Type Two” platform – was conceived from the outset with the intention of shared use, beginning with this: the Fiat Tipo. It was designed by IDEA to go head-to-head with the Volkswagen Golf, and was good enough to scoop the European Car of the Year award in 1989. 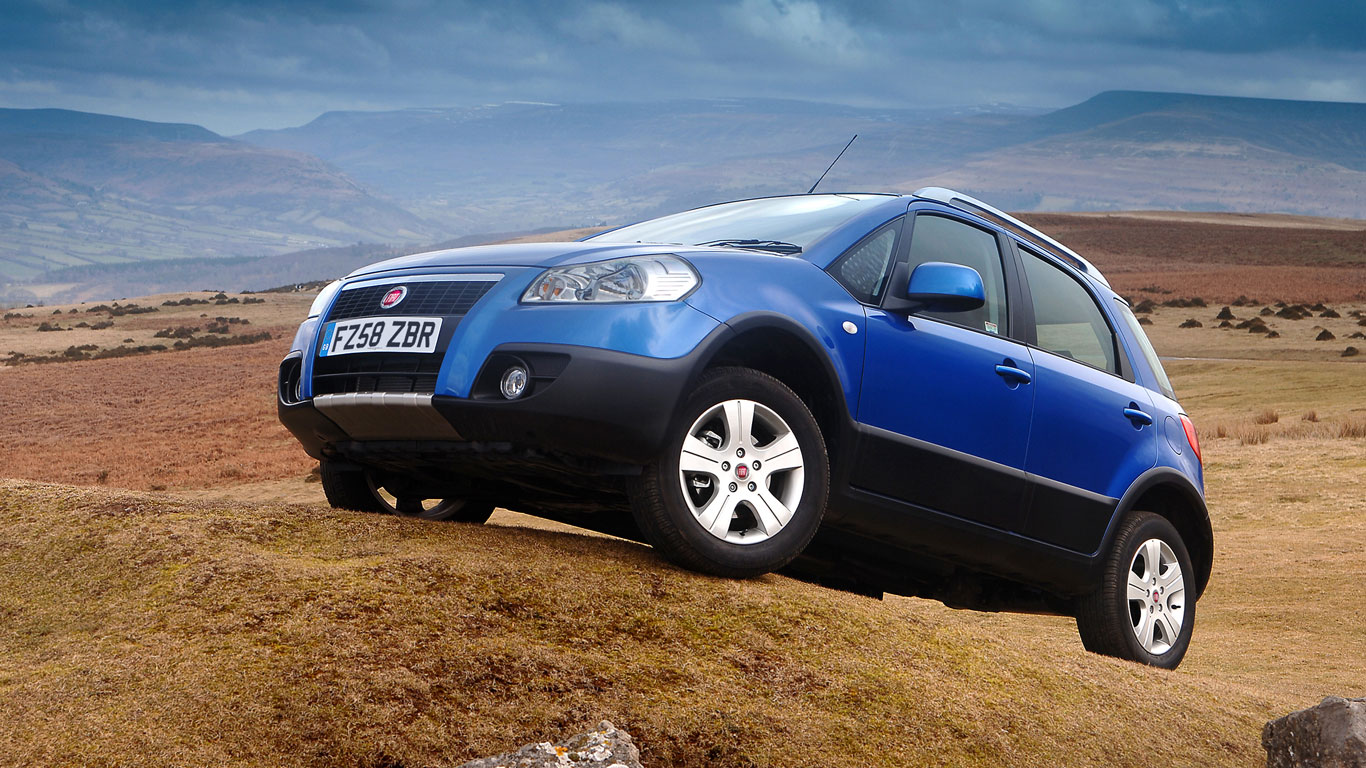 Fiat teamed up with Suzuki to develop the Sedici, which is also known as the Suzuki SX4. The Giugiaro-designed Sedici was the official car of the 2006 Winter Olympics in Turin and the name means “Sixteen”. It’s a 4×4, you see. And four times four equals sixteen. Neat. 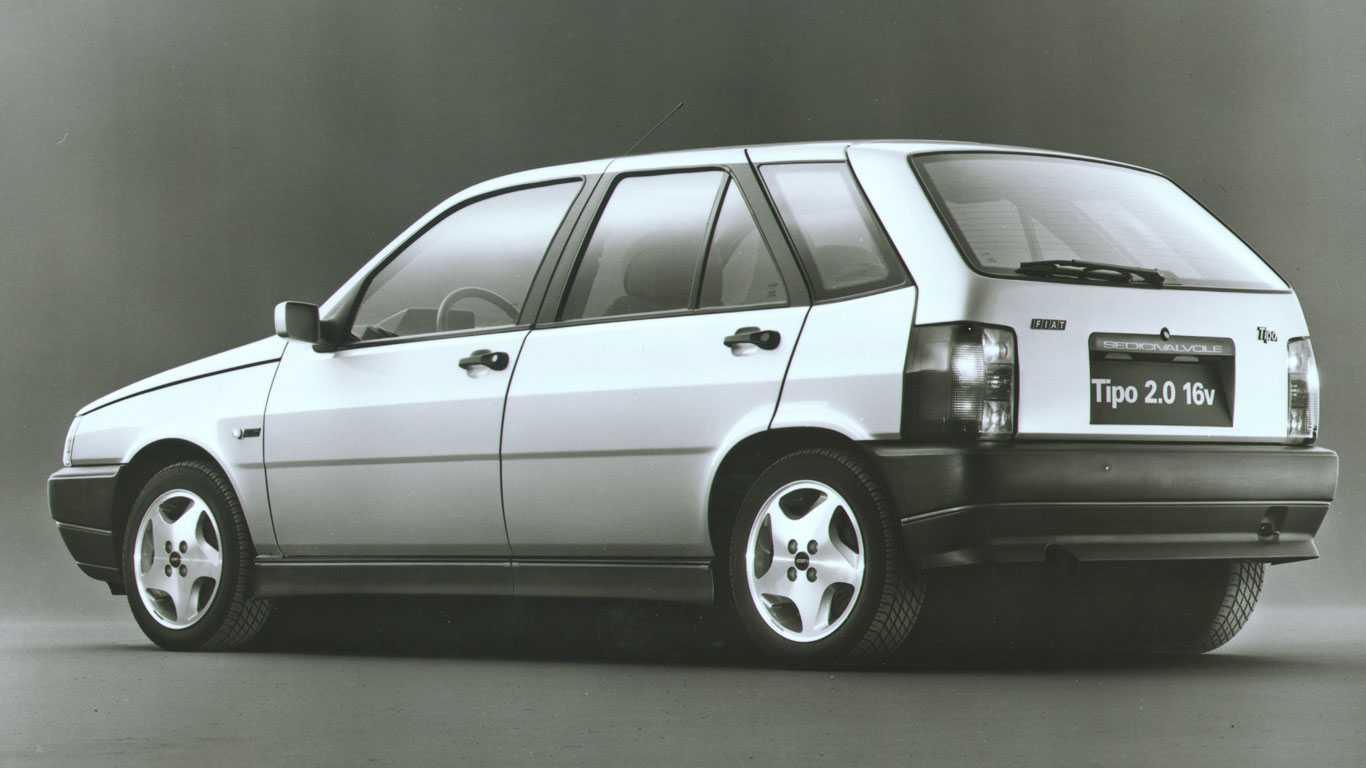 If you’ve been paying attention, you’ll know that sedici means “sixteen”. And you won’t need access to Rosetta Stone to know that valvole means “valve”. Back in the 90s, a 16v badge on your car’s rump was a sign of merit. But SEDICIVALVOLE on the back of your Tipo was a badge of distinction. 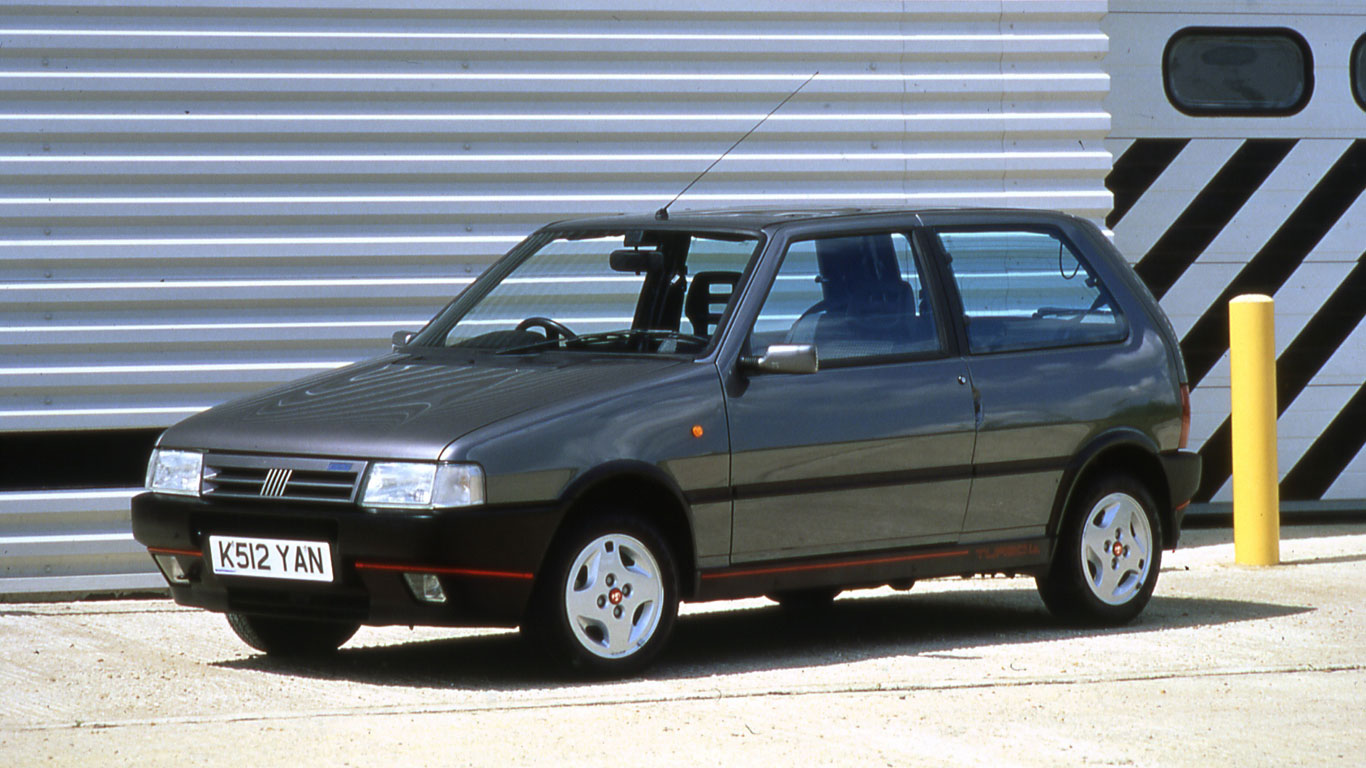 The Mini One: yeah, it’s OK. But the Fiat Uno? Much, much better. 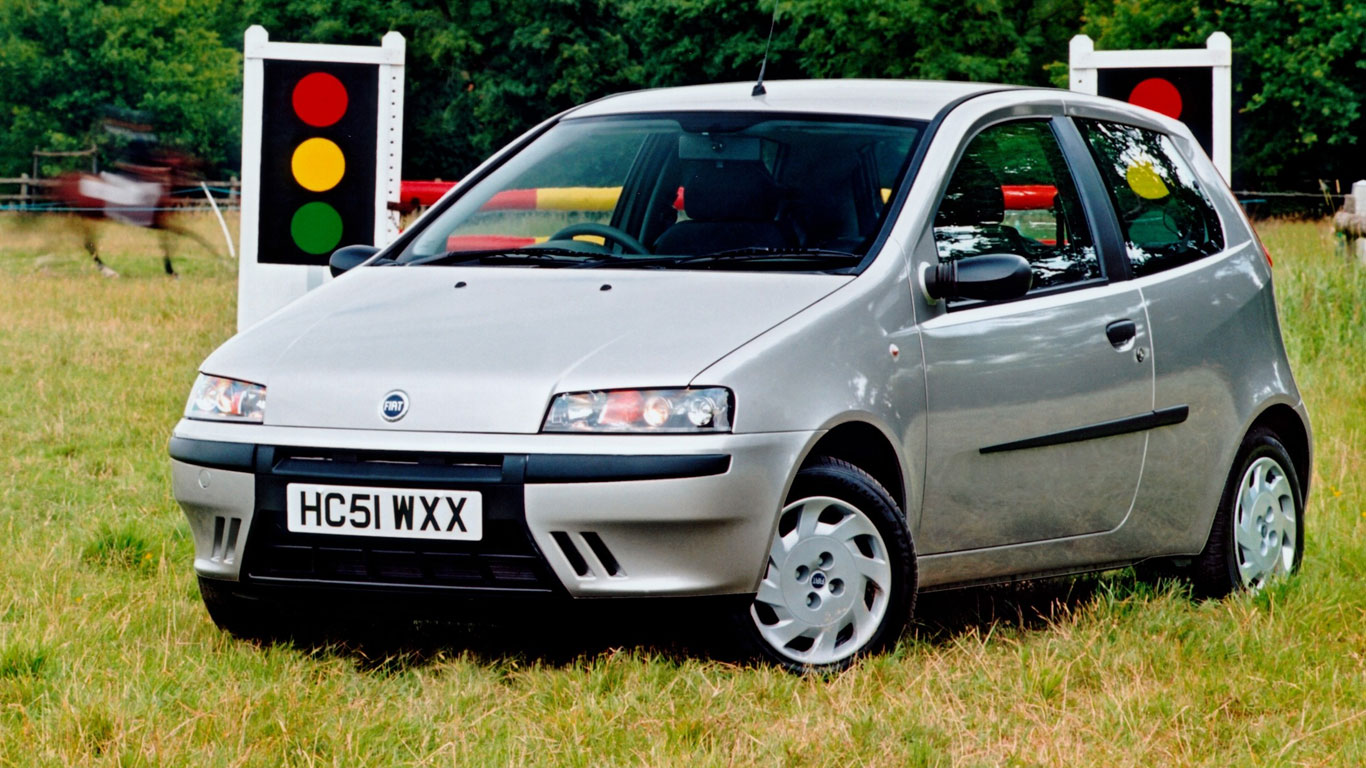 Giorgetto Giugiaro described the Fiat Punto as “a two-box, verging on one-box, car with all the advantages that this type of build offers in terms of habitability and visibility within a predetermined length.” Twenty-five years on from its launch in Turin, it’s time to recognise the glorious simplicity of the Fiat Punto, or Fiat Point.

Anyone who has ordered an expensive takeaway coffee will know what Grande means in Italian. The Fiat Big Point doesn’t have quite the same ring to it. 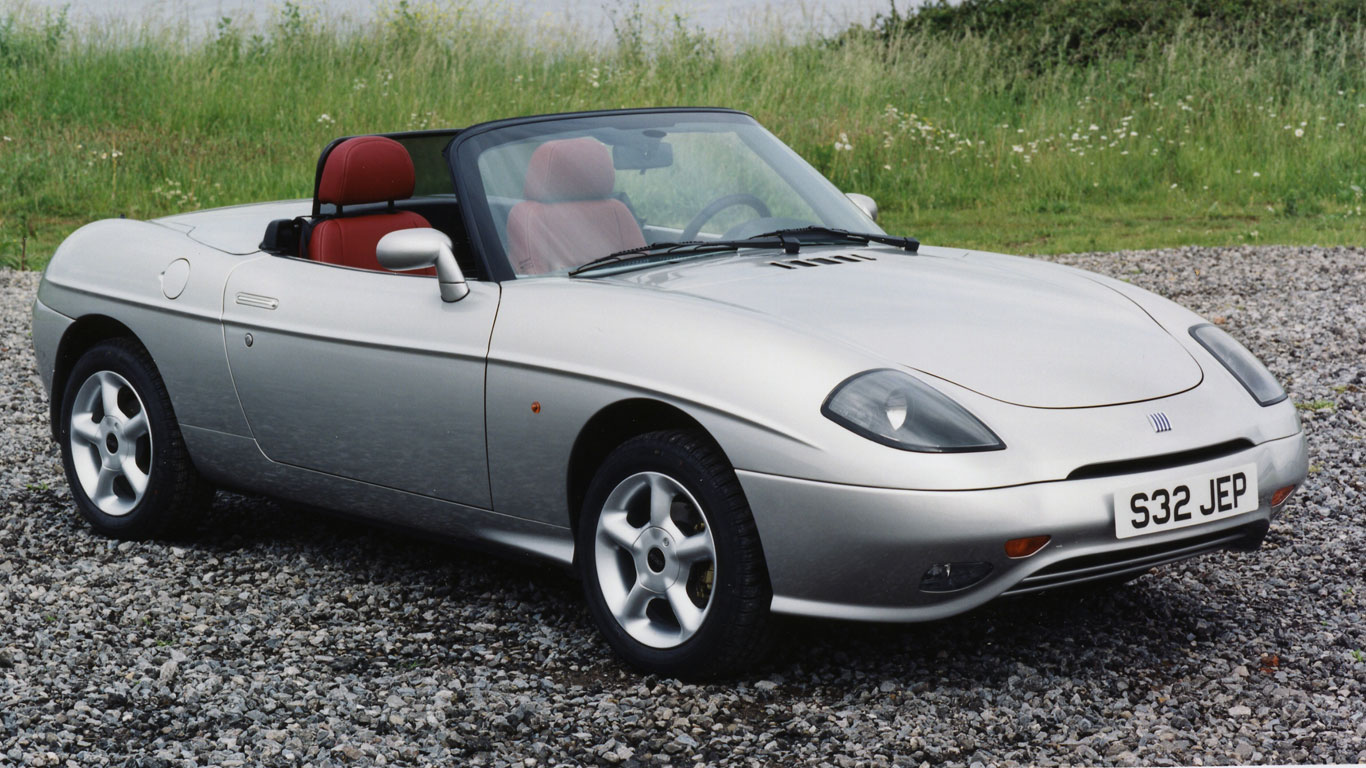 The Barchetta name can trace its roots back to the Fiat 509S Bateau of the 1920s and racing Ferraris of the late 1940s. But the Fiat Barchetta – or Little Boat – is arguably the most famous use of the name. 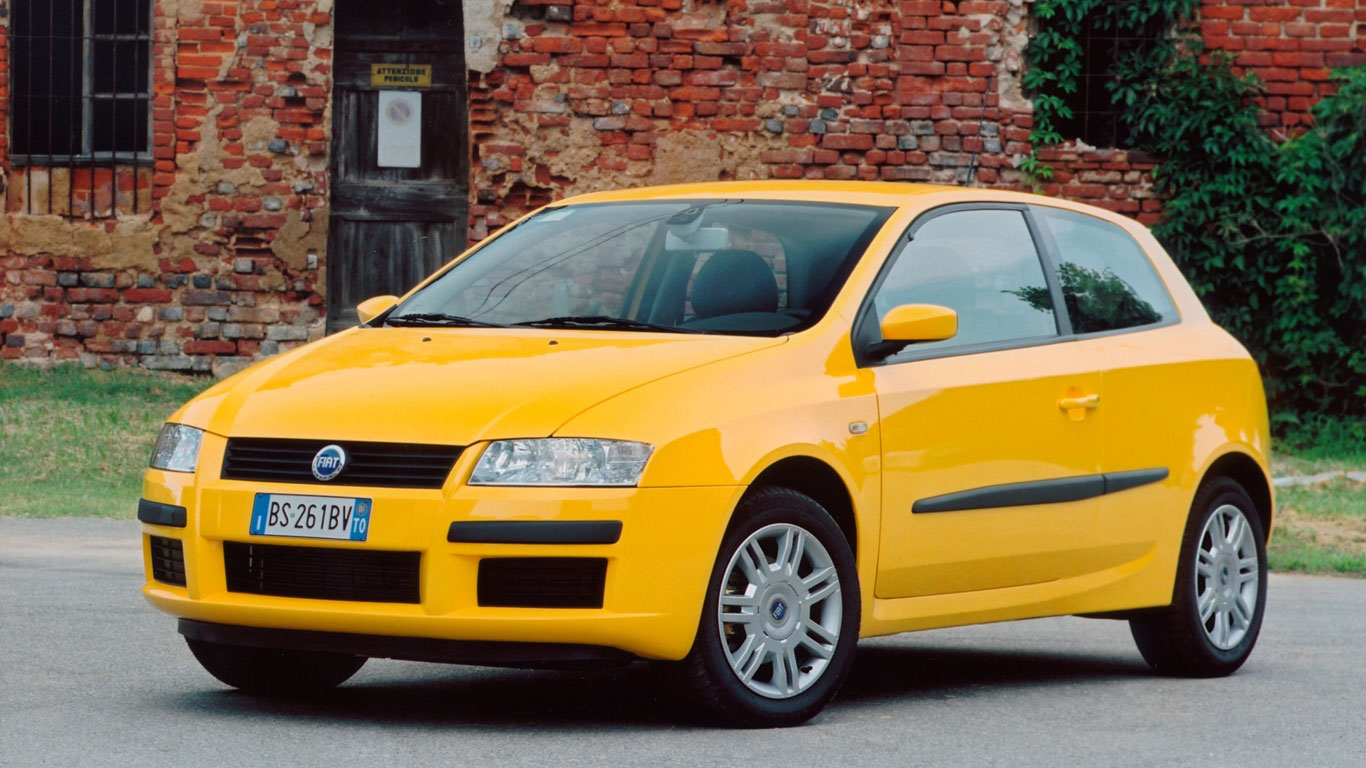 If you’re going to call your car Stilo – or Style – you need to ensure it hits the mark. Sadly, the styling of the Fiat Stilo wasn’t greeted with universal acclaim. “We clothed our new car in a markedly ‘pan-European’ skin, reserving our more distinctively Italian creativity for a few of the details,” said Nevio Di Giusto, Fiat Auto’s product engineering chief. 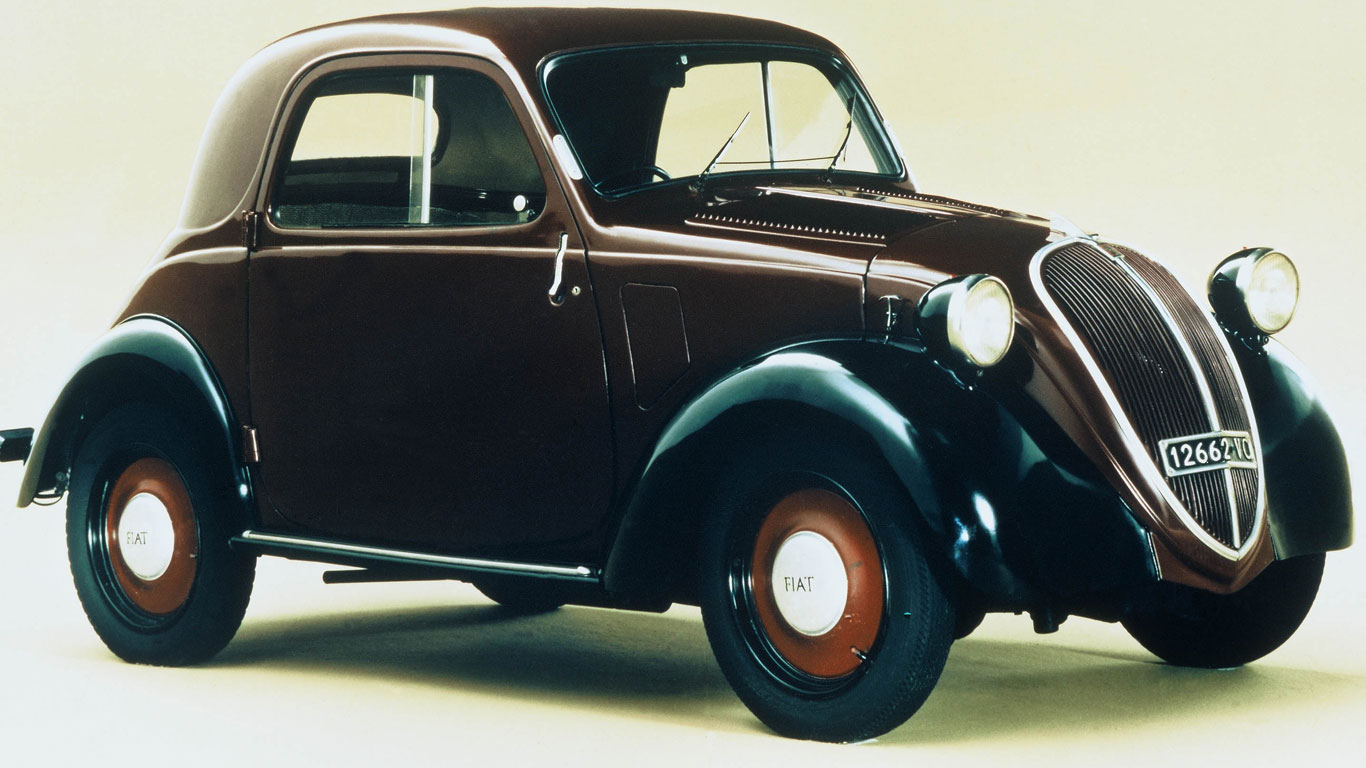 Is this the cutest name in the history of the motor car? The Fiat Topolino, aka the Fiat Little Mouse. 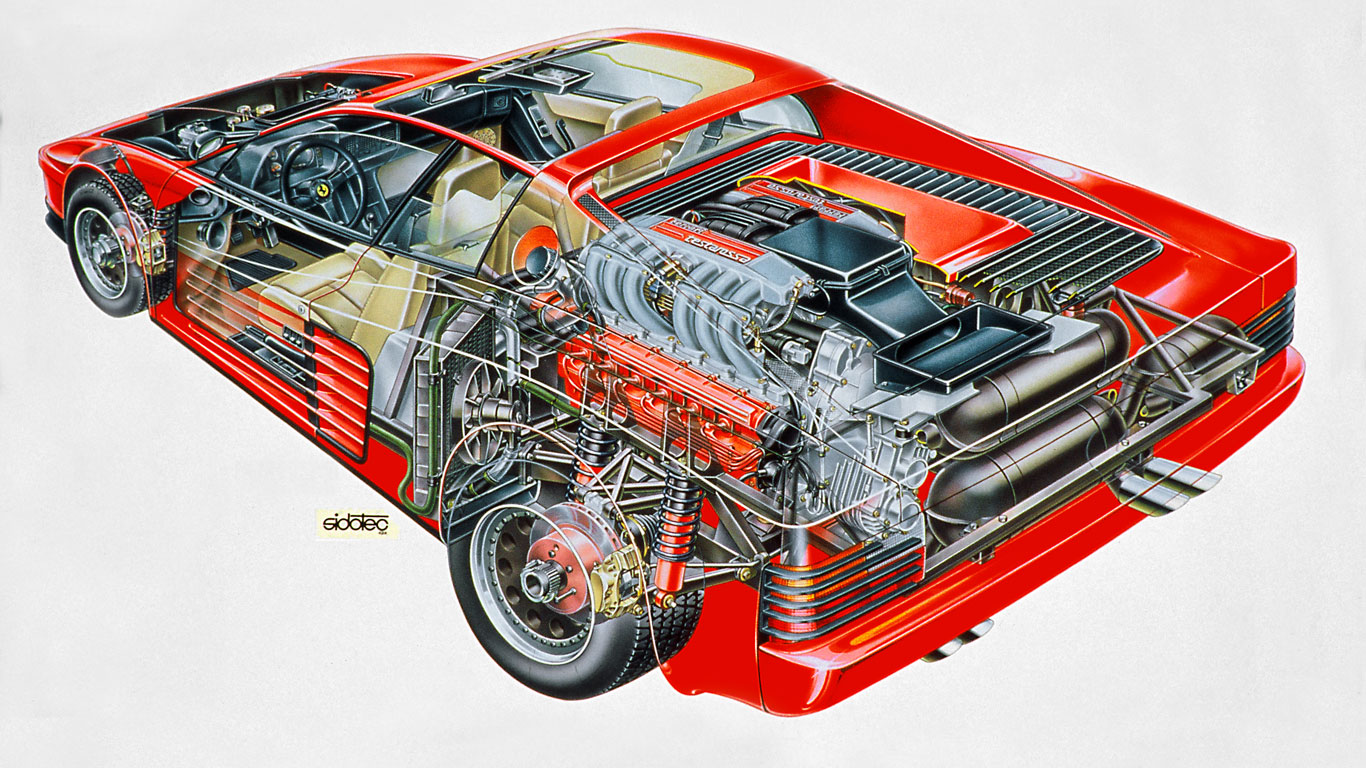 The Ferrari 500 TR featured a cylinder head painted red, hence the name Testa Rossa, or “Red Head”. The name was revisited in 1984, albeit in Testarossa form for the Pininfarina-designed supercar. 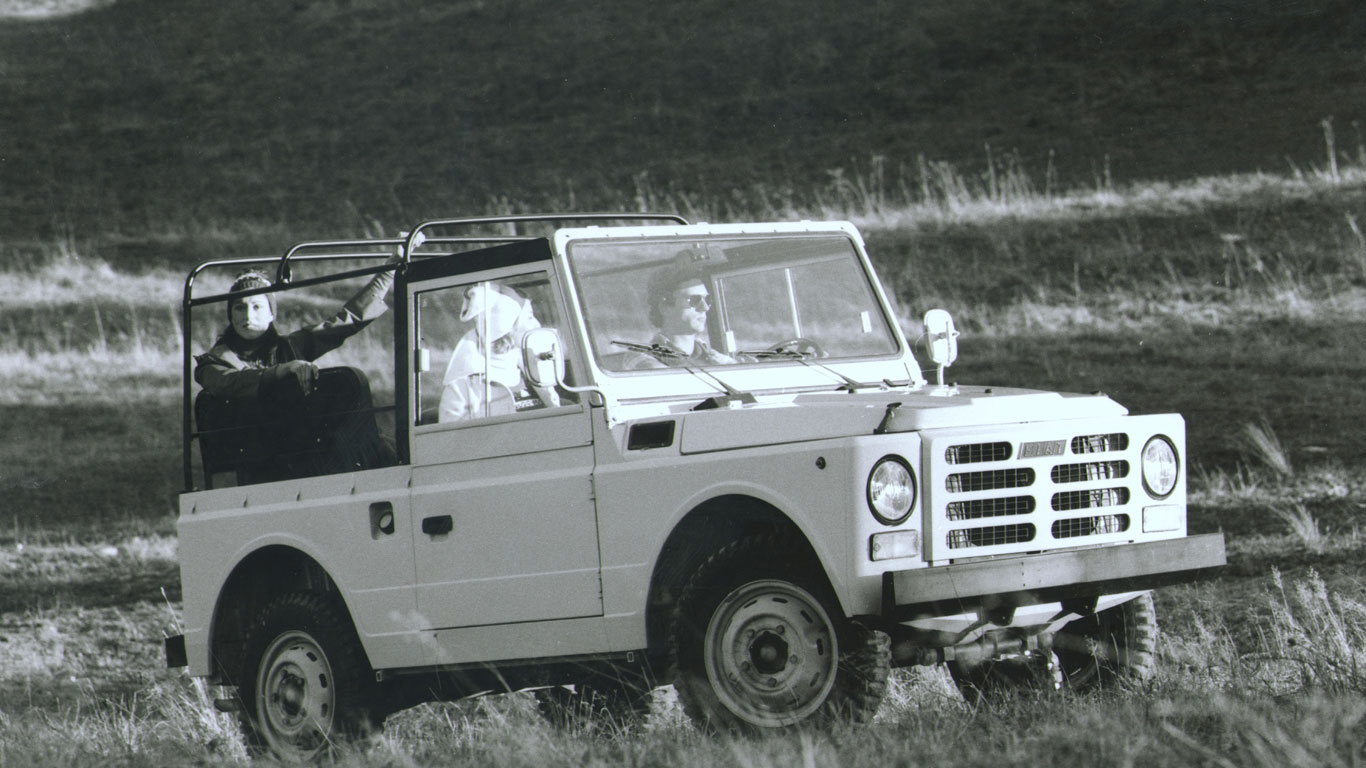 Campagna means “country”, so Campagnola is an apt name for an Italian off-road vehicle. The Fiat Campagnola enjoyed success in its domestic market, most notably among the Carabinieri and Polizia. 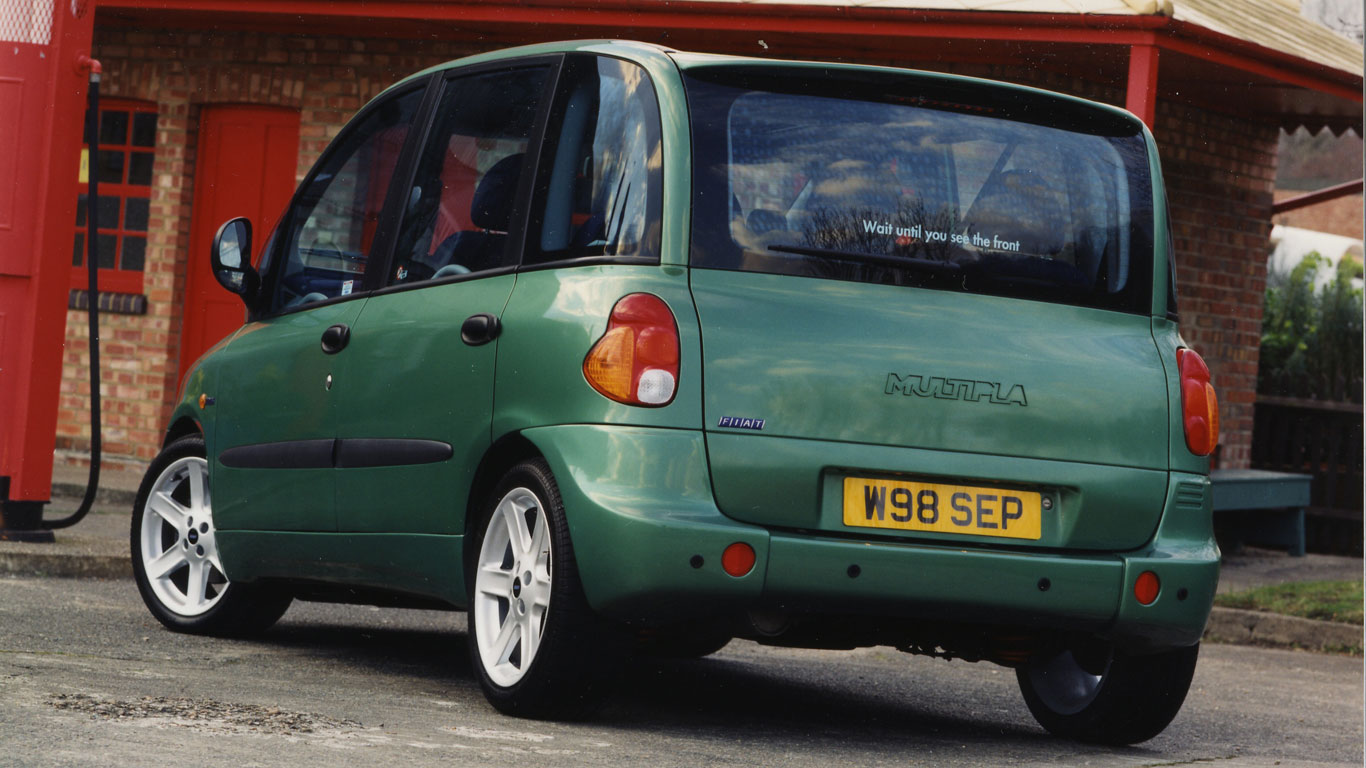 The Multipla name was used for the four-door MPV version of the Fiat 600, before being reused for the aesthetically-challenged, but oh-so-cool, MPV launched in 1998. Multipla means “multiple”, which in this case means seats. The Fiat Multipla has two rows of three seats. 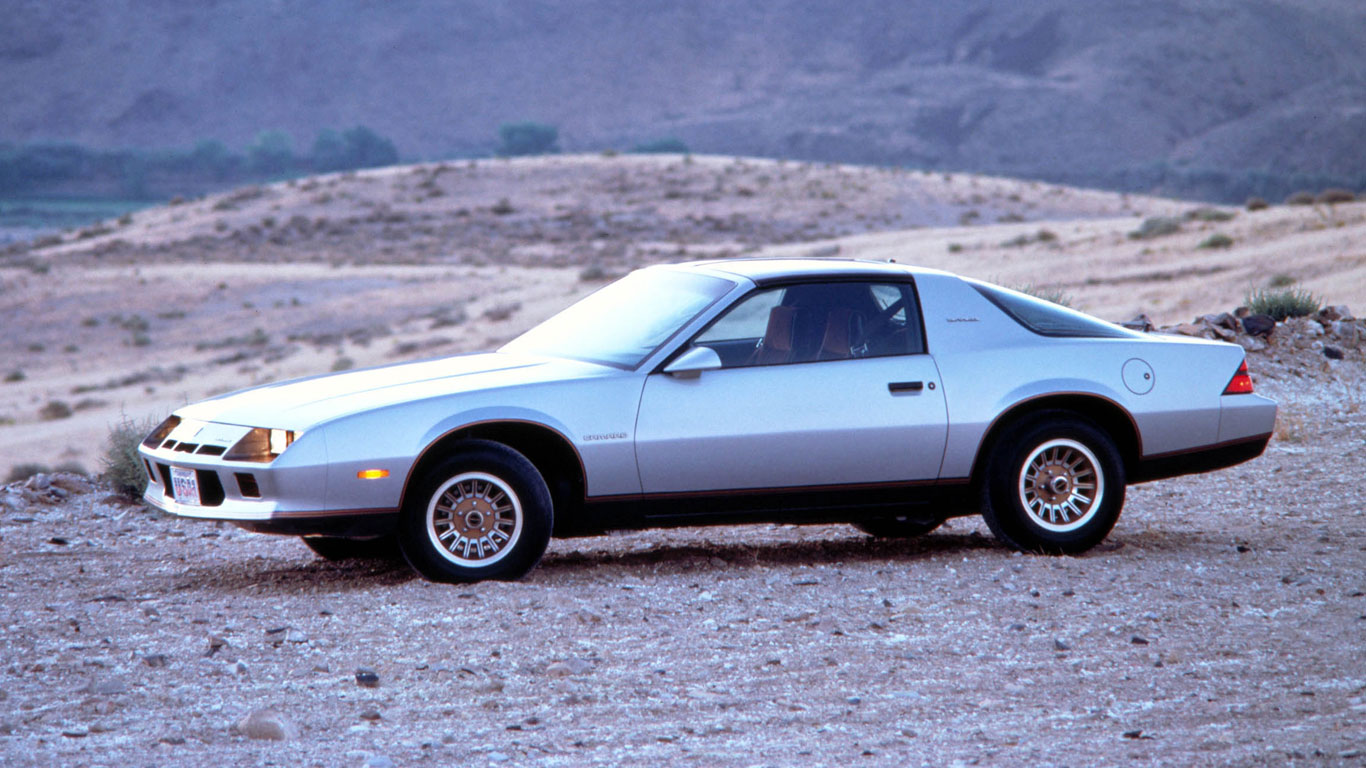 In Italian, a berlina is a saloon car, while a berlinetta is a “little saloon”. The name has been used by manufacturers to denote a sporty coupe, but the Berlinetta badge is not restricted to Italian marques. Take the Chevrolet Camaro Berlinetta: the European name was designed to add a touch of luxury to the all-American pony car. 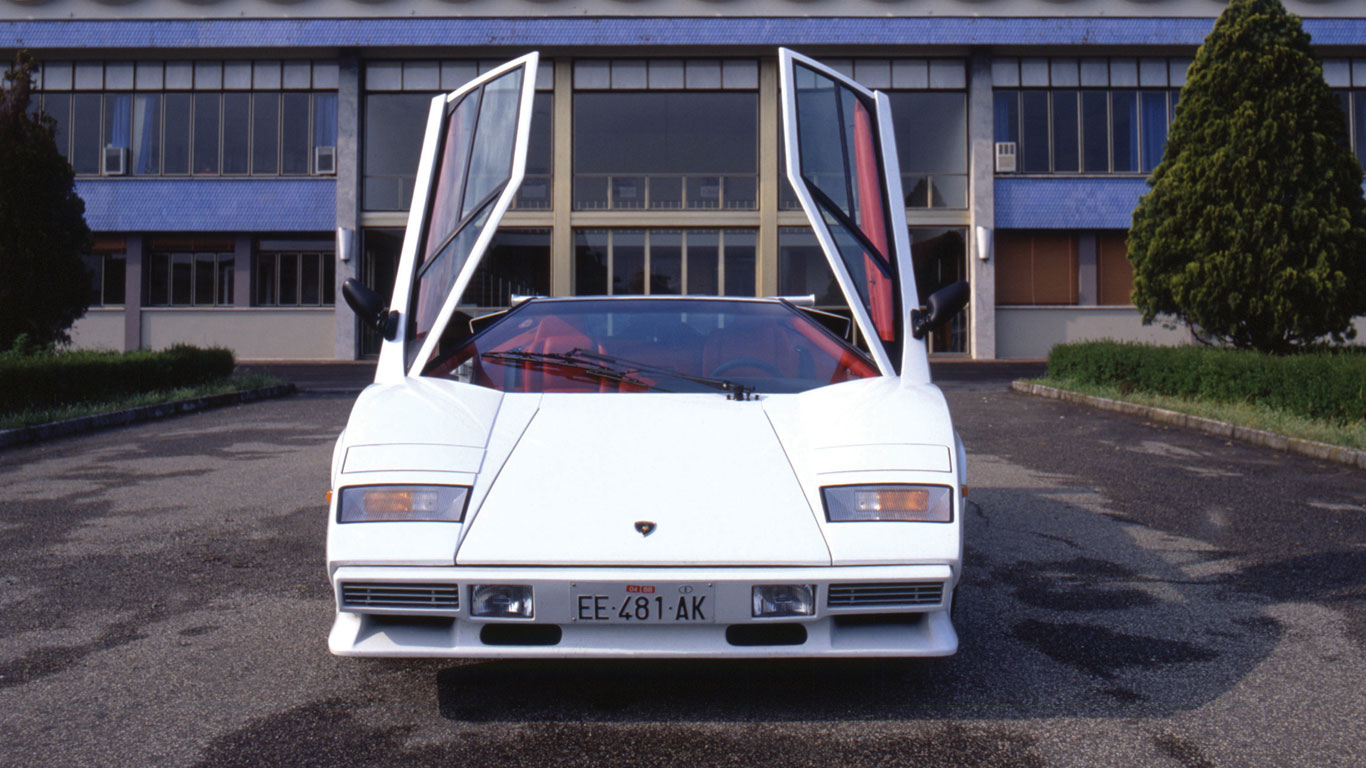 The Quattrovalvole name, often shortened to QV, simply means “four-valves”, as in four valves per cylinder. It’s a good excuse to use this photograph of a Lamborghini Countach QV. 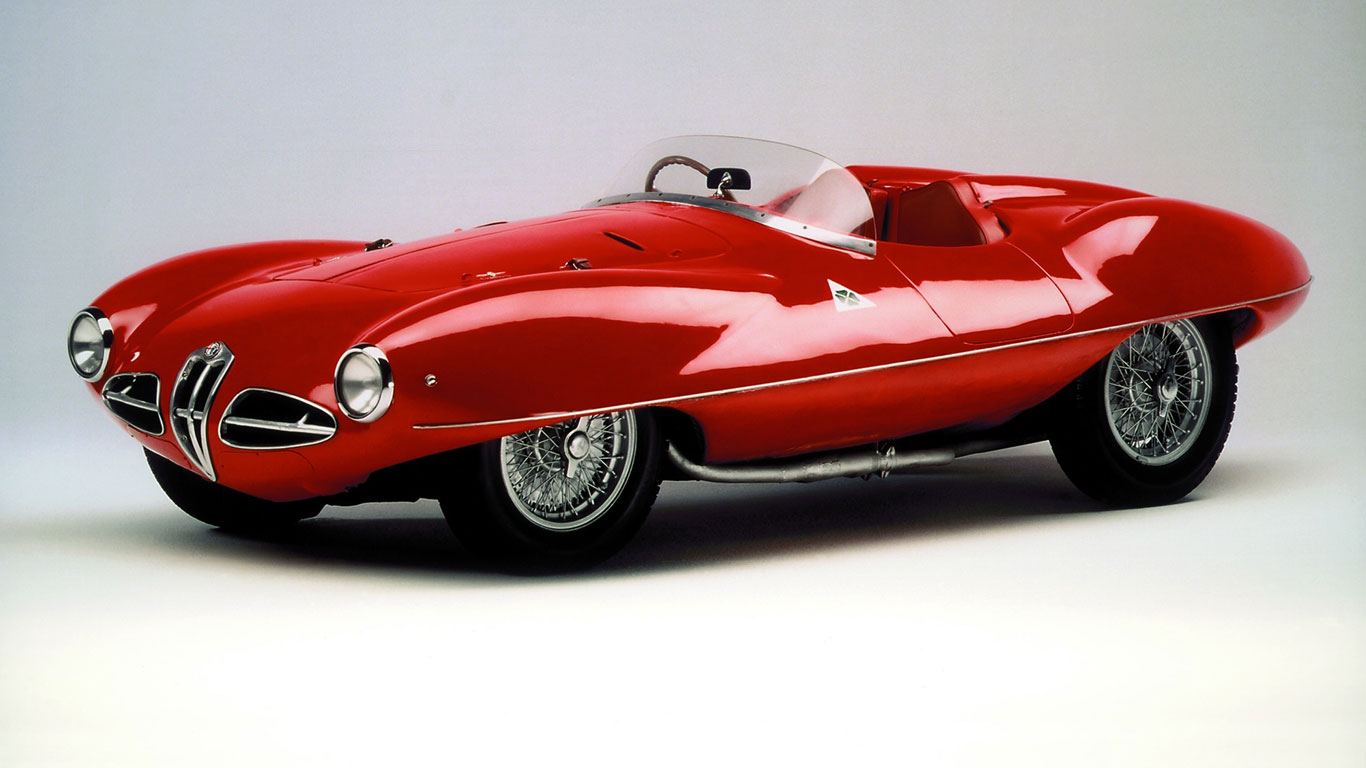 The Alfa Romeo Disco Volante or “Flying Saucer”. Its curvaceous styling led to it being given the internal nickname of Disco Volante, and the unofficial name caught on, thanks in part to the obsession with UFOs in the 1950s. 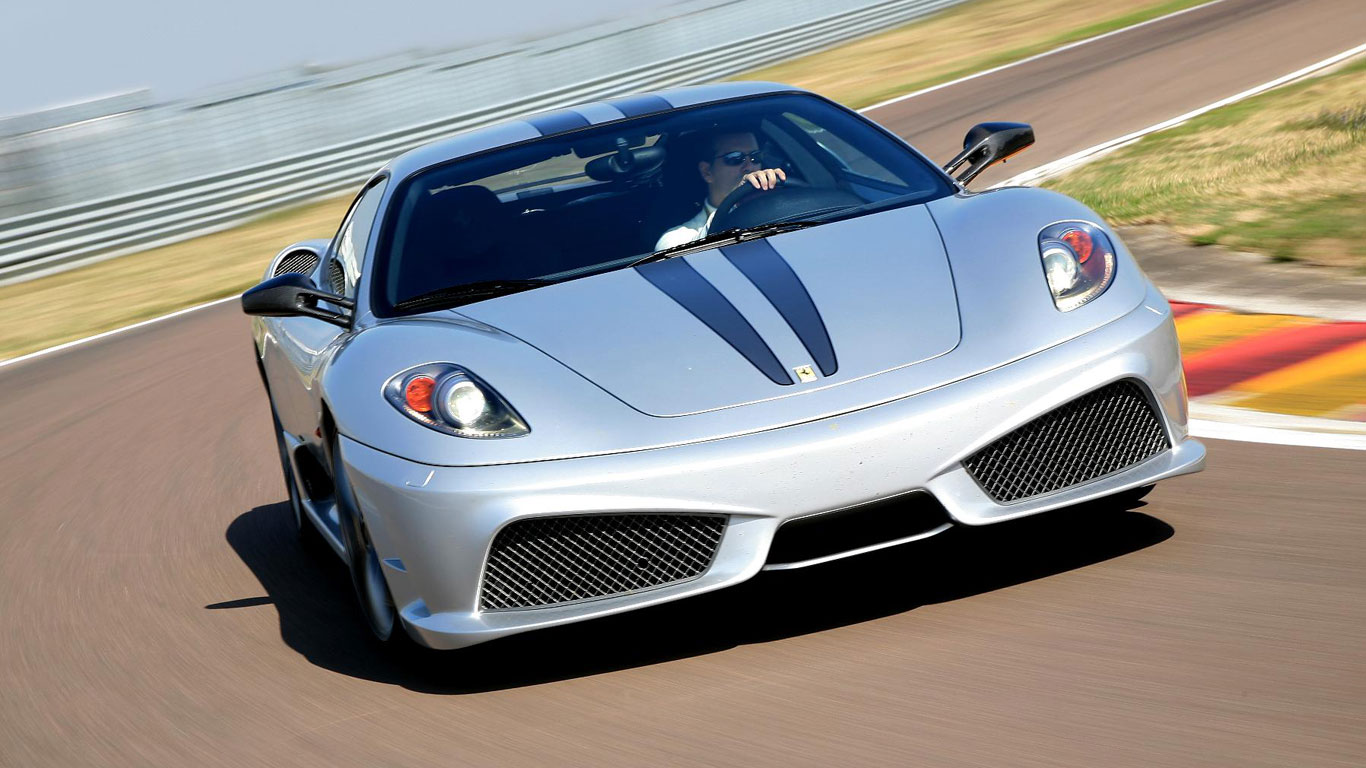 We conclude with the F430 Scuderia, or “stable” in English. It sounds so much better in Italian and is rather apt for a company name with blacksmith roots and a Prancing Horse for a badge.fi