Ferrari is determined not to let its 70th anniversary pass without fanfare. The Prancing Horse is galloping around the world, with a series of events designed to mark 70 years of the world’s favourite supercar brand. In the UK, Ferrari is the midst of a nationwide tour of the official dealer network, with the London […] 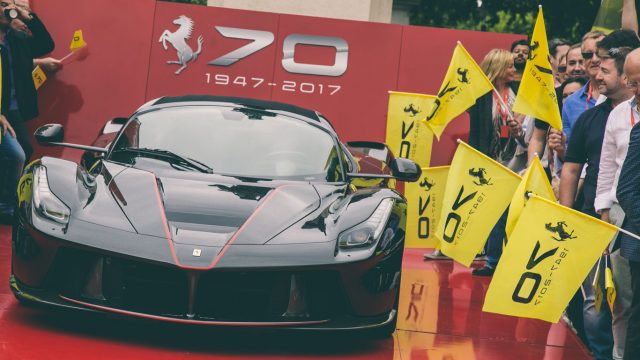 Ferrari is determined not to let its 70th anniversary pass without fanfare. The Prancing Horse is galloping around the world, with a series of events designed to mark 70 years of the world’s favourite supercar brand.

In the UK, Ferrari is the midst of a nationwide tour of the official dealer network, with the London leg the most high profile event since the Goodwood Festival of Speed. We have the photos. 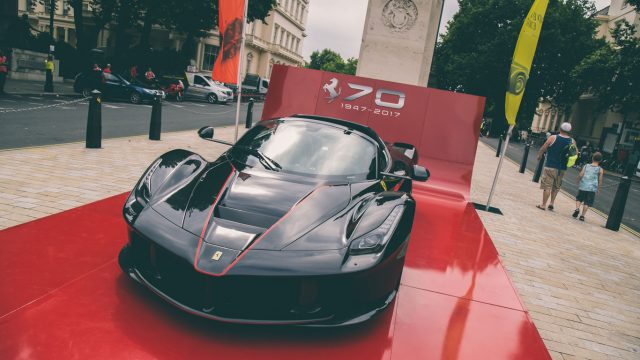 Taking centre stage on its own podium was a limited edition LaFerrari Aperta, which is essentially a LaFerrari with less roof. Power is sourced from the same 6,262cc naturally-aspirated V12 engine, with a 0-62mph time of sub three seconds and a top speed in excess of 217mph.

Star of the show 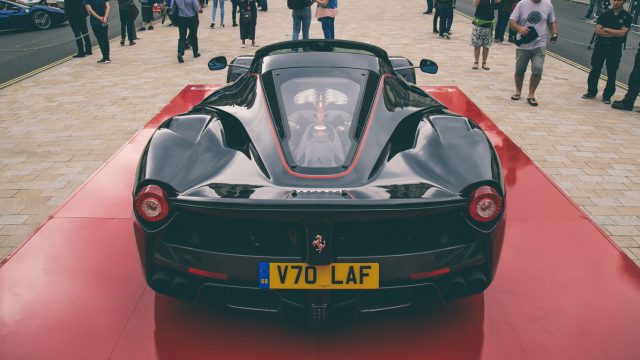 The London event was organised by luxury dealer group H.R. Owen, which assembled 70 Ferraris to mark the occasion. A total of 200 LaFerrari Apertas will be built, with H.R. Owen advertising one for sale via its website. If you have to ask the price… 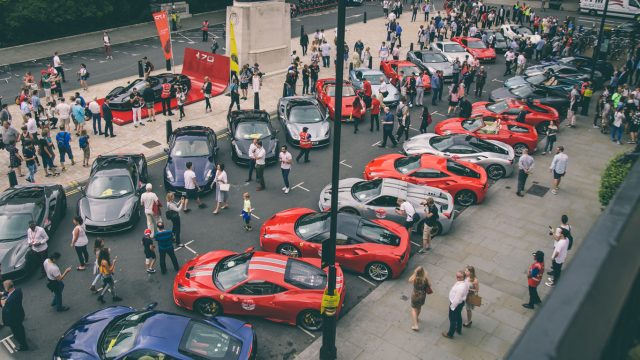 H.R. Owen’s customer cars lined up on Waterloo Place in a gathering that’s said to be the largest of its kind ever to grace London. It’s not everyday you see 70 Ferraris in one place.

If your name’s not down… 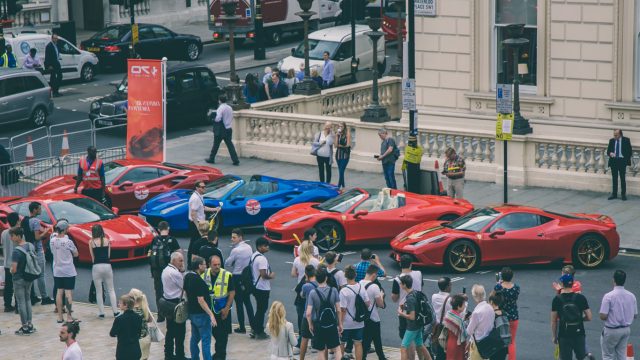 The dealer group pulled a few strings to arrange the closure of one of London’s busiest roads, giving its customers an easy route to Waterloo Place. “The group is forever giving back to its customers,” said Ferrari, as if owning one of its cars isn’t enough.

London is famous for its red buses and black cabs, but Waterloo Place played host to a sea of red and black Ferraris. A feast for the eyes of the smartphone generation.

A party with atmosphere 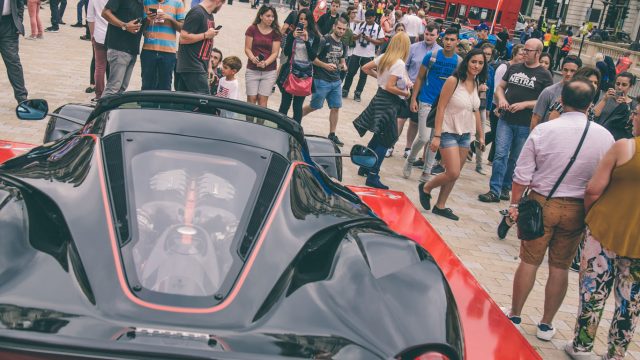 “The Waterloo Place event really got things going in style,” said the dealer group. “We had some truly amazing models lining up for media, members of the public and enthusiasts to see, with a friendly and lively atmosphere that really portrayed what H.R. Owen is all about.” 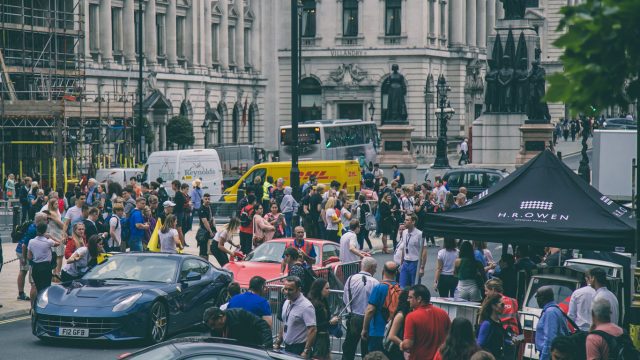 Having left Waterloo Place, the Ferraris formed a convoy for a drive out of London and into the countryside. 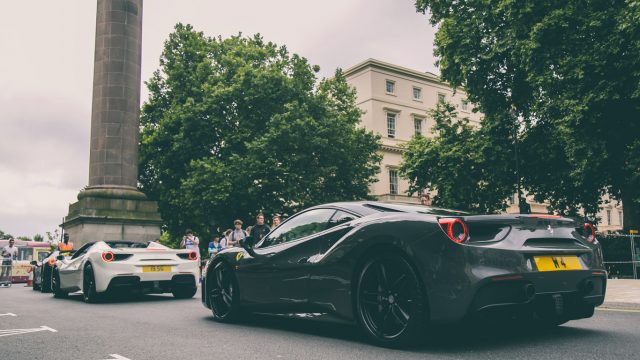 A Ferrari 488 GTB follows a 488 Spider out of London. The Spider is factory-fresh, having been registered in mid July. Not a bad way to christen your new motor. 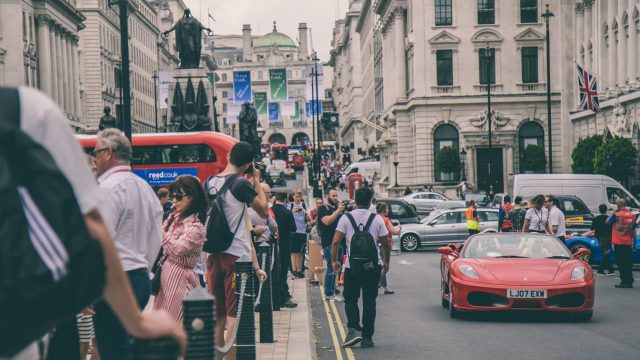 As befitting of an event celebrating the heritage of Ferrari, not all of the cars on display were from the current range. The F430 Spider still cuts a mean figure, although bad news was to follow for this driver, when, two days later, the 2007 car failed its MOT. 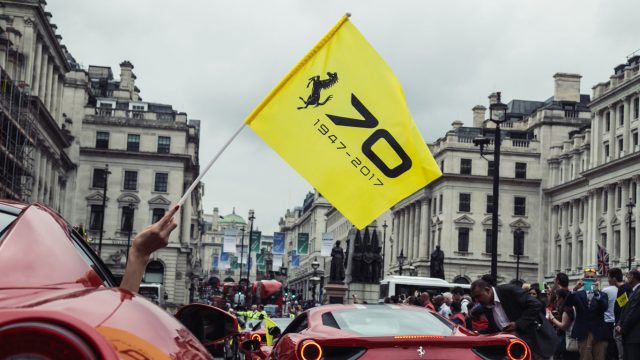 The Ferraris made their way, flags and all, to Buckinghamshire, with the crowds and congestion only serving to slow things down. Still, 30 miles in traffic is still 30 miles behind the wheel of a Ferrari. 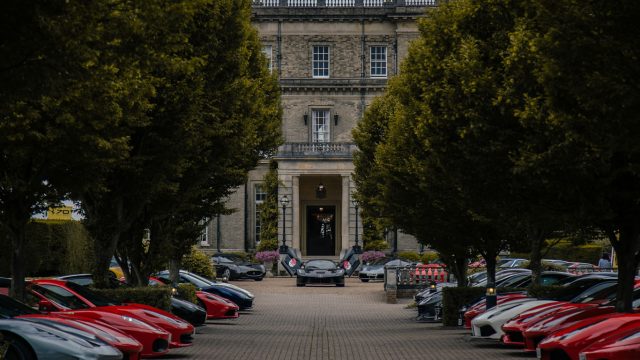 The destination: Hedsor House, for champagne, canapes, a BBQ and another opportunity to take some photos.