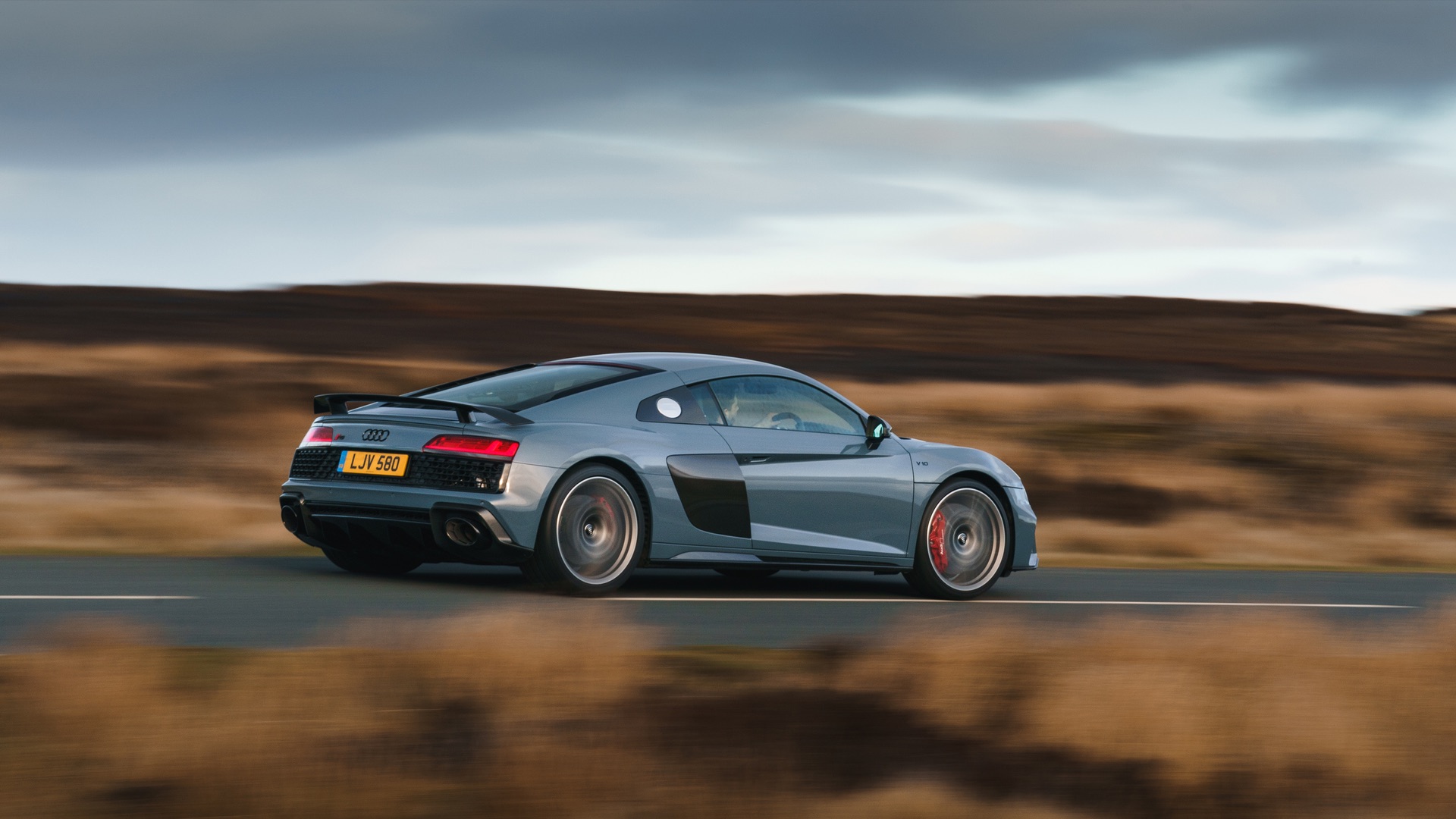 From dragging a Jeep Wrangler by the scruff across Colombia to becoming a seaman in the Mekong Delta, it’s amazing Jeremy Clarkson found time to actually drive any cars in 2019. Happily, he did, and he has some strong opinions on the year’s best and worst new metal. 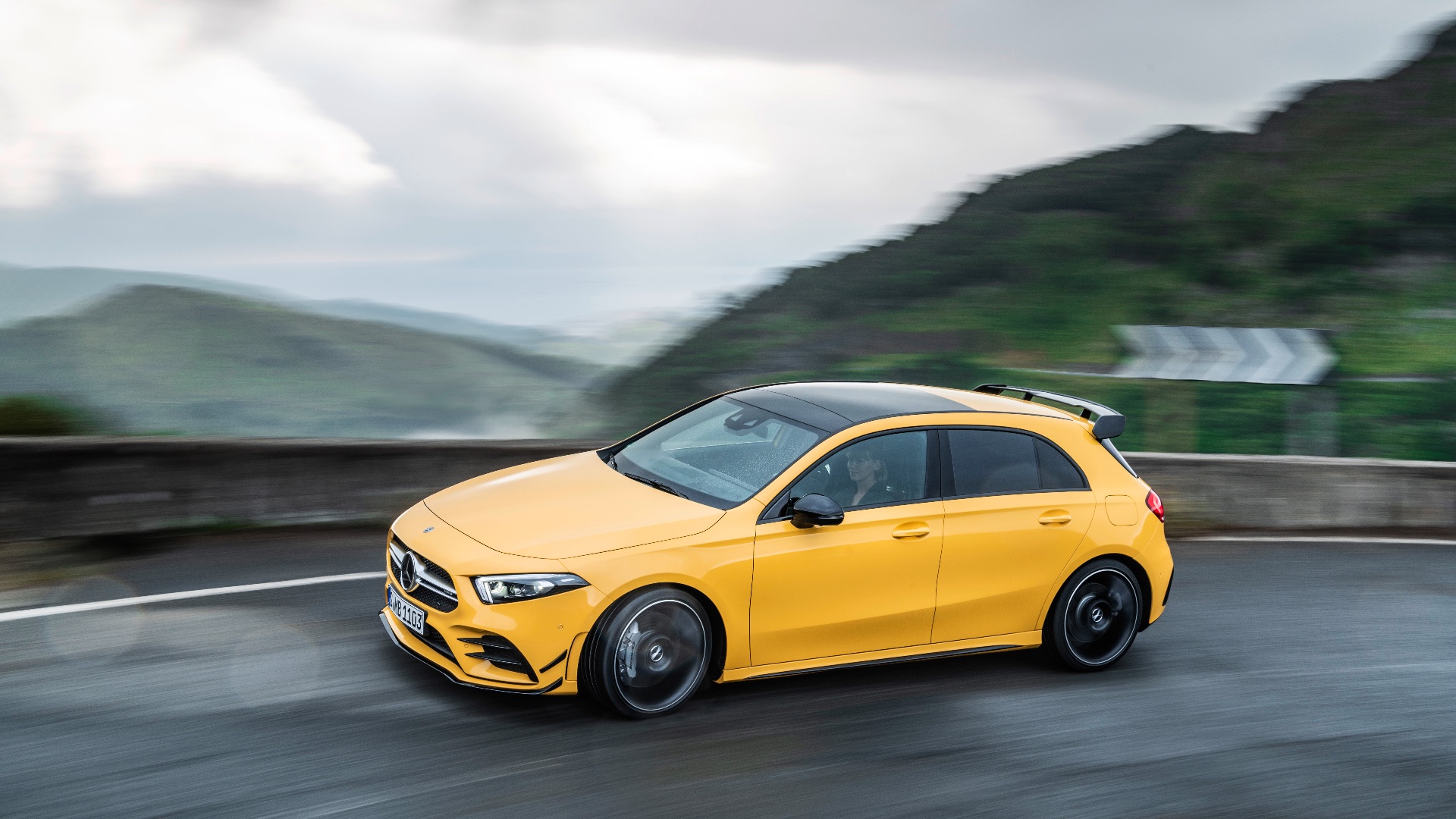 With everything from the Suzuki Jimny to the Ferrari 488 Pista, you can’t say this list isn’t eclectic. Very non-polarising for Clarkson, it caters for (almost) everyone. Let’s get into it… 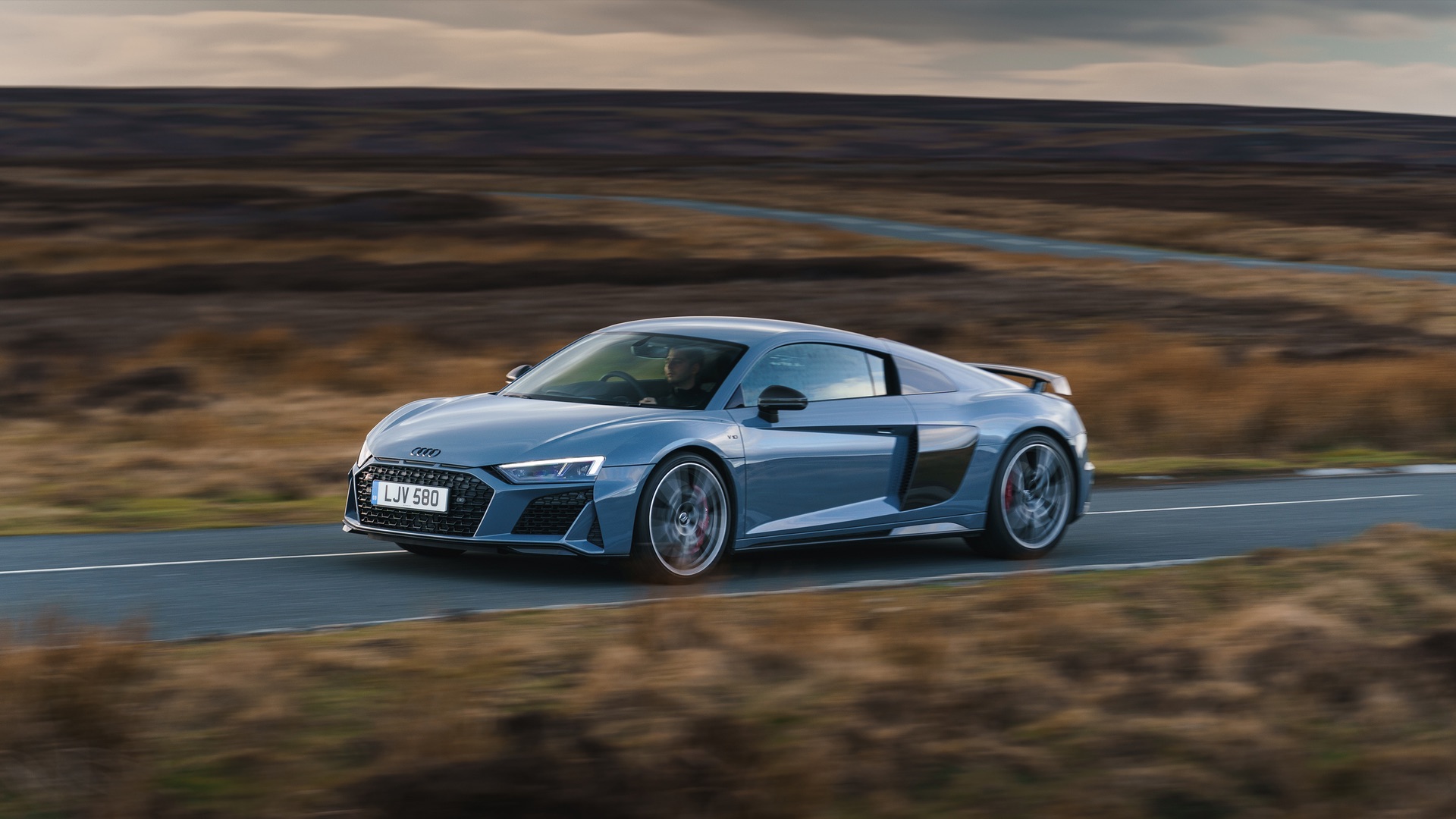 We open with a very ‘Clarkson’ car: a screaming V10 engine in the middle and a price nearing £150,000. It’s should have his name written all over it. Not entirely so. He even admitted to pangs of guilt in operating such a gratuitous and noisy machine when watching Sir David Attenborough on Netflix. In his review for The Times, he said: “After a few days, though, normal service was resumed. I began to realise that a V10 is better than a bicycle and that having fun at 180mph is more important than having angst about plankton”. His summary of the R8? “Yes, this is what a supercar should be like.” 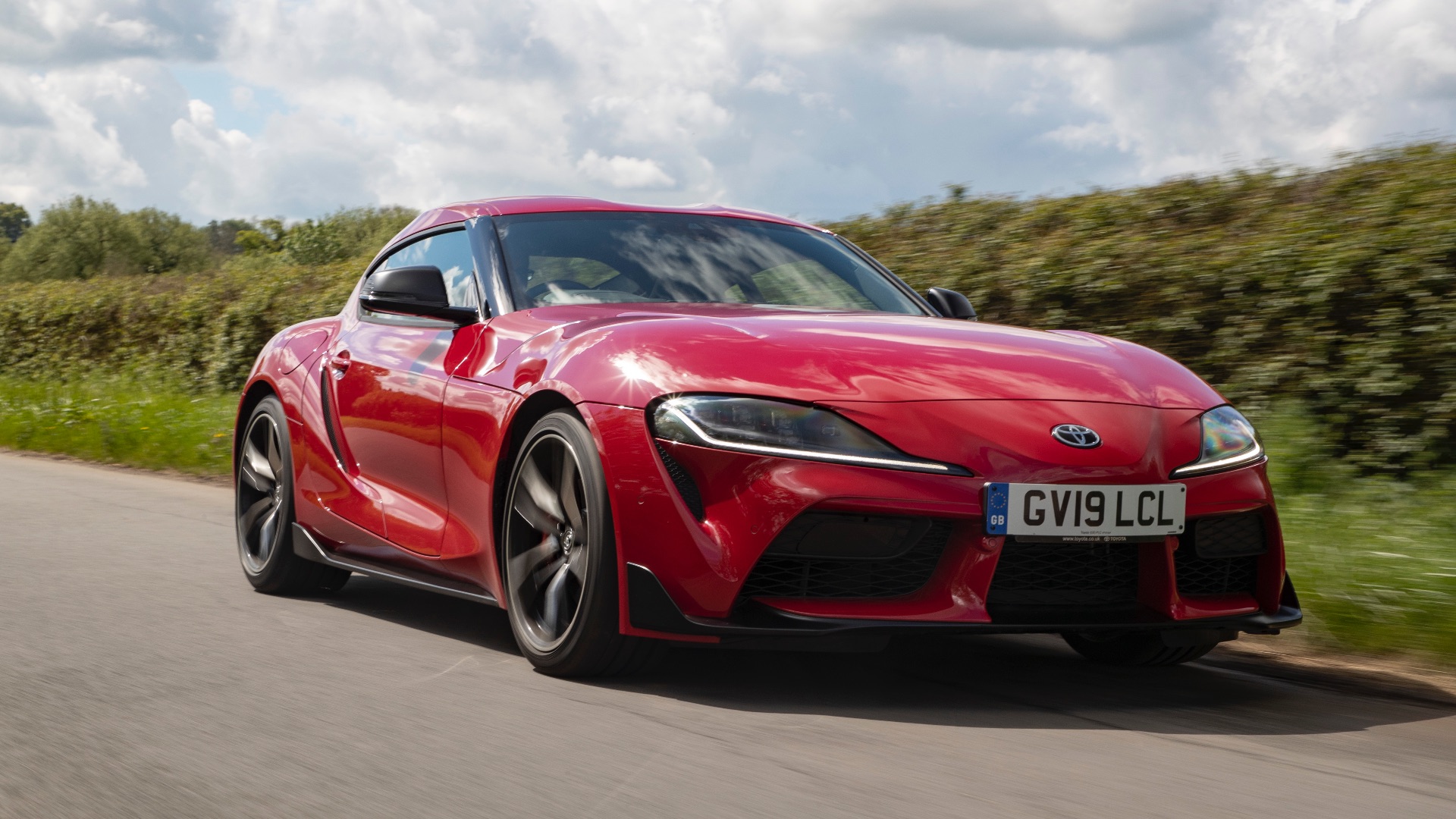 We know Jeremy has a penchant for a deftly-measured, well-judged sports car and the Toyota Supra has to be a top 2019 contender there. It’s not quite up to it, he reckons, saying in The Times: “It’s not underwhelming, by any means, but neither is it overwhelming. It’s just whelming and I was expecting, I dunno, a bit of chilli and lemongrass in the mix”. 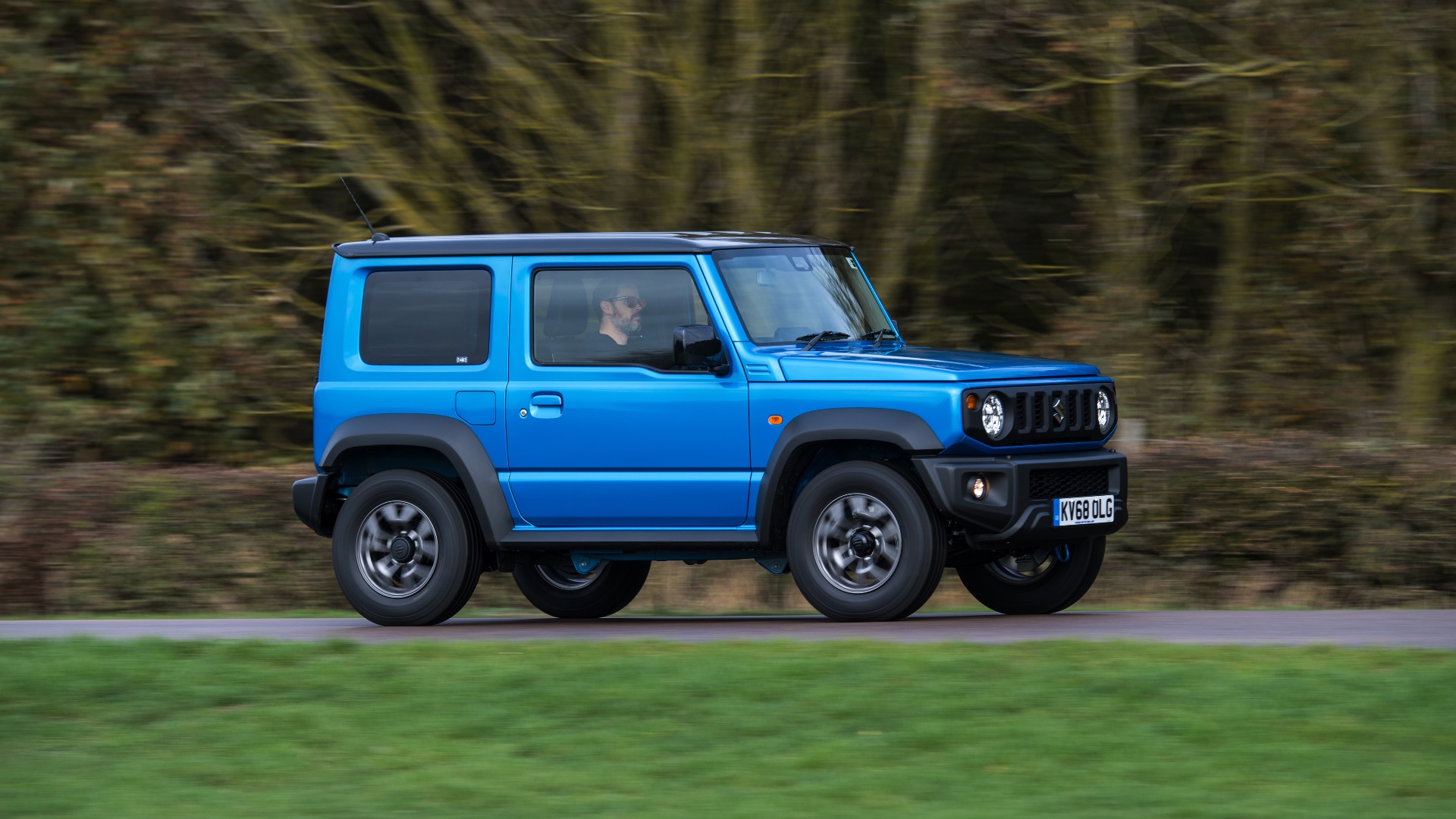 In his love of the Suzuki Jimny, Clarkson reaffirms that he is indeed an automotive masochist. Torturous though operating the Jimny can often be, it’s relentlessly good fun. “As you bounce along with your ears bleeding, you will have a smile on your face,” he said. “And you’ll be making other road users smile, too.” 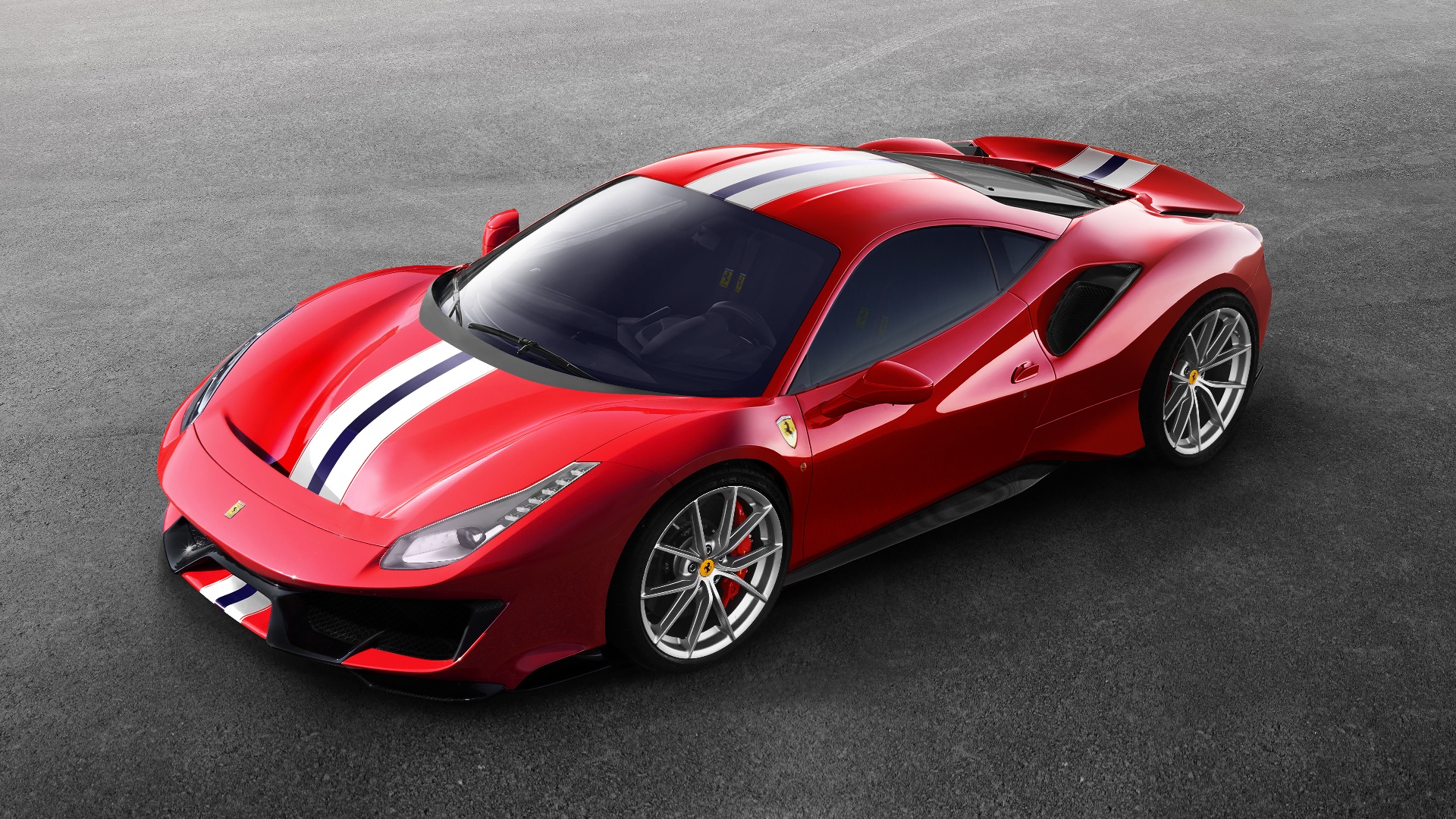 Clarkson is in love with a new Ferrari. In other news, water is wet. In spite of its expense and poor equipment levels, he describes the Ferrari 488 Pista as “one of the most exciting, thrilling, beautiful and satisfying cars ever made”. He’s so impressed with it, he reckons James May might have to scrap his Ferrari 458 Speciale, due to the fact the Pista has rendered it worthless. 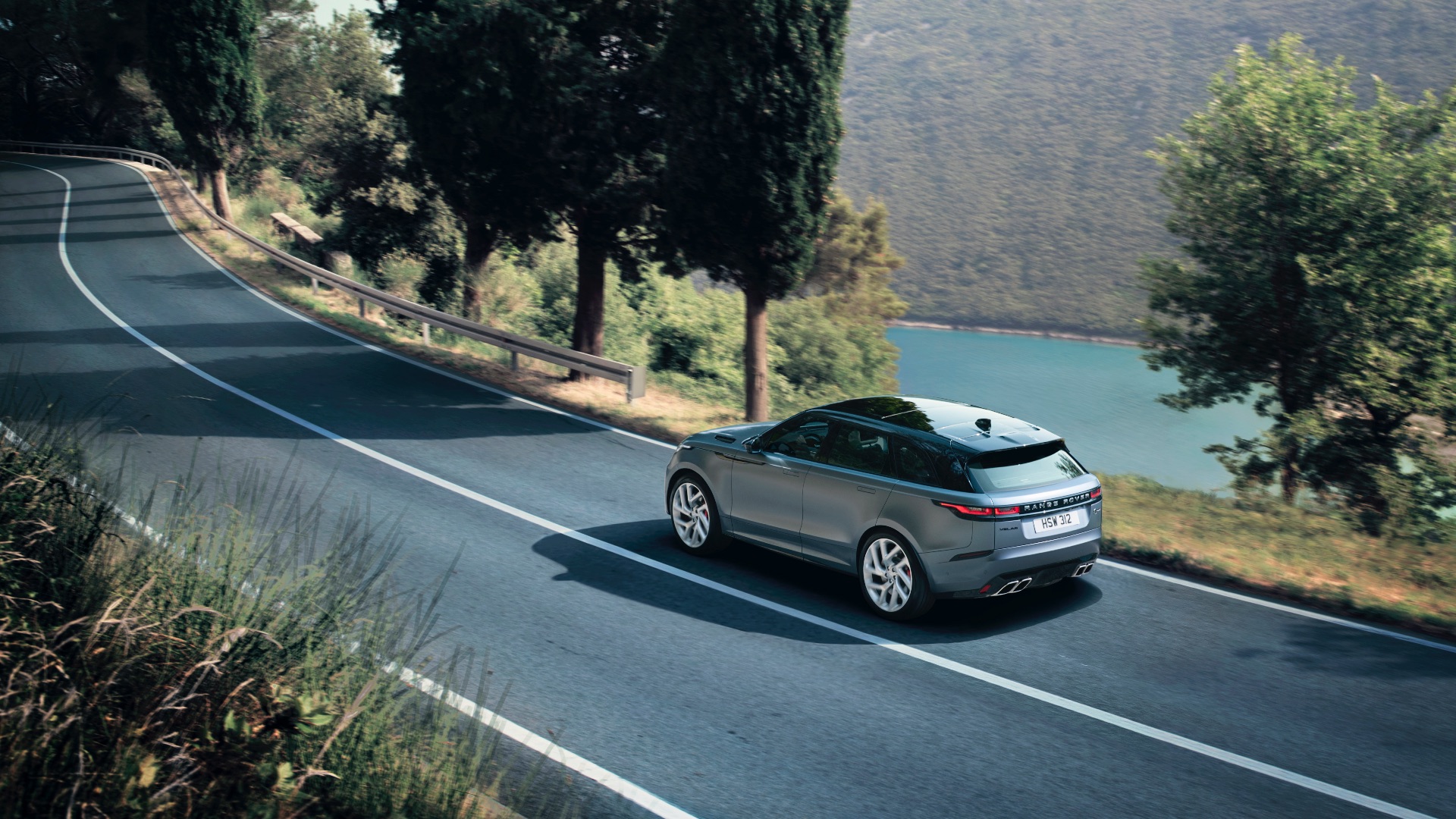 Next on the list of cars that no one is surprised Clarkson loves, a slightly smaller Range Rover that JLR’s in-house SVO tuning division has stuffed a V8 into. Clarkson says: “There’s something about the Velar that turns the rational side of your brain to mush”. The Velar SVAutobiography is the one to have, he says, because of its V8, which is good for 0-62mph in 4.5 seconds and 170mph. “In a Range Rover, for crying out loud”. No arguments here. Is the apocalypse upon us? Is hell freezing over? We only ask because one of Clarkson’s cars of the year appears to be a crossover SUV. Happily, it’s one of the very best, so you can stop stockpiling tinned food. The Alfa Romeo Stelvio Quadrifoglio is also the only crossover with an engine sourced from Ferrari… kind of. Clarkson spends most of his summary talking about the Ferrari-flavoured bit, saying “The noise it makes can curdle blood at 500 paces. This is an engine that wants you to open all the stops, all the time”. 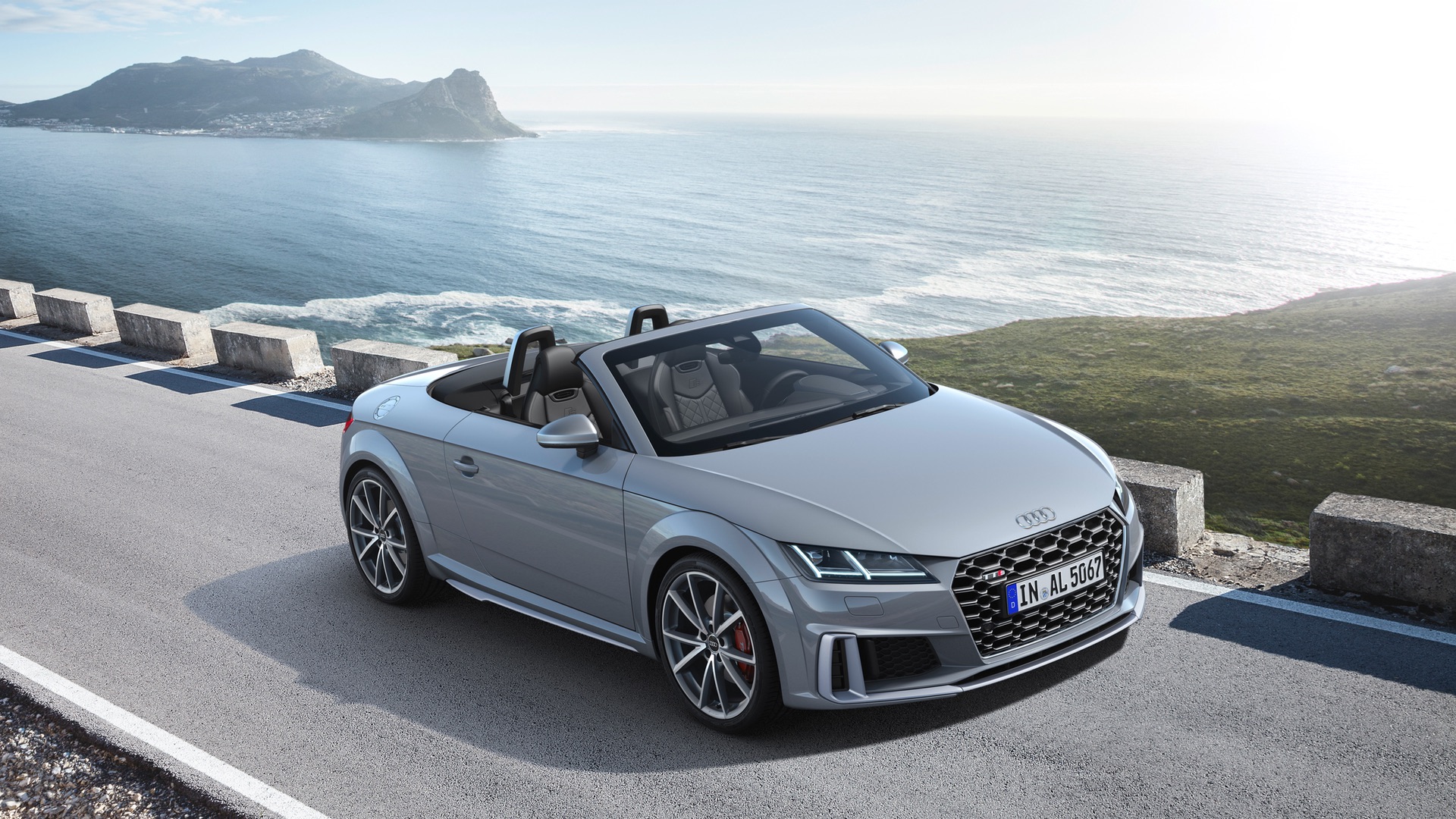 Clarkson’s summary of the Audi TTS Roadster says nothing we didn’t already know. In short, it’s no Porsche Cayman rival. It’s a very good car, but not if you’re in the market for a sports car. He says in The Times “all that horsepower, 93m miles of headroom and four-wheel drive and, actually, you know what? I’ll walk. I need the exercise”. 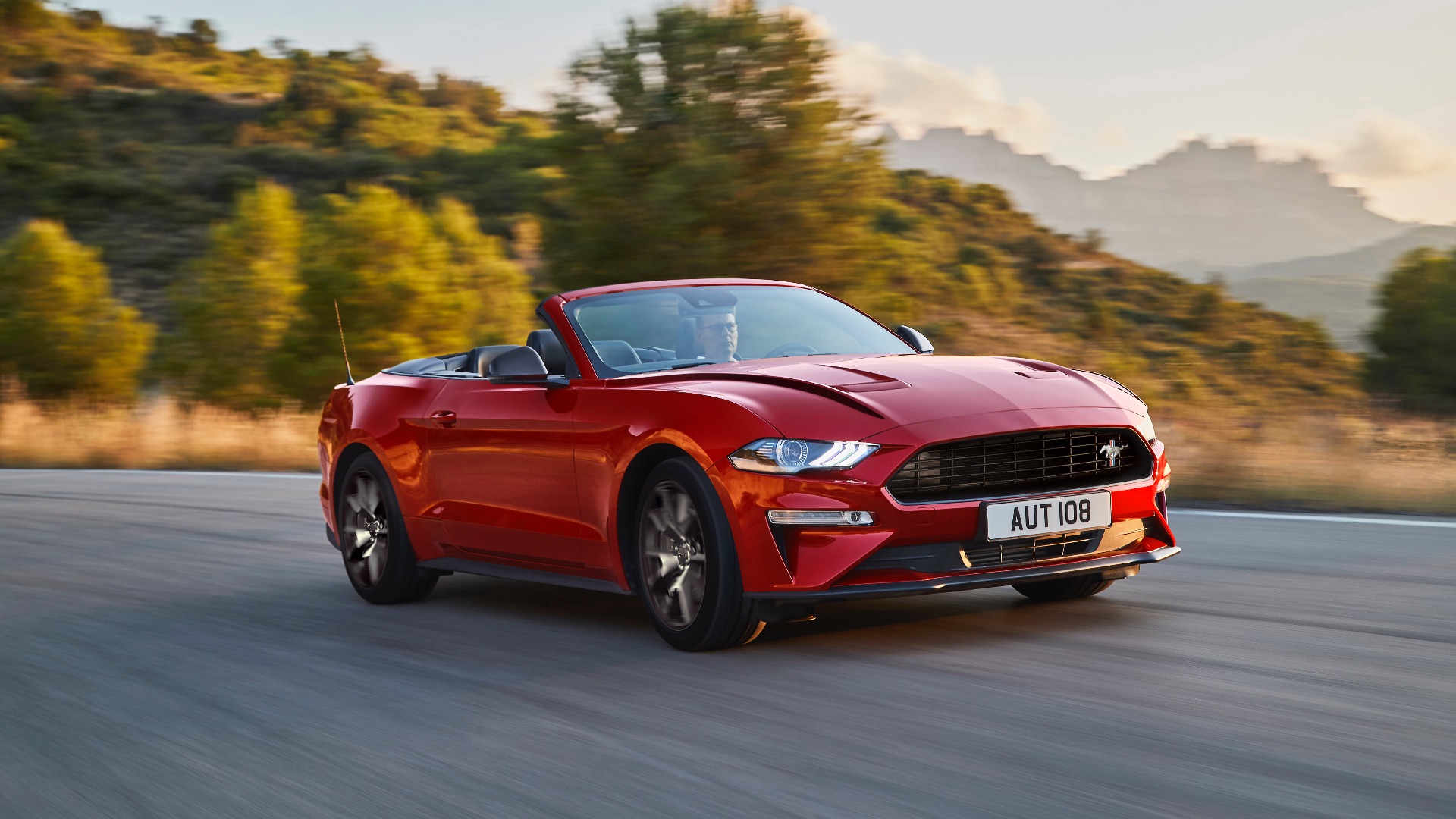 The Mustang is a very ‘Clarkson’ car, isn’t it? It was his muscle car of choice on his trip to Detroit on The Grand Tour. Although thoroughly modernised, by any other yardstick, it remains a blunt instrument. But Clarkson isn’t bothered. He says in The Times: “Crikey, it has a big heart. This is a car you treat like a dog. You want to tickle it behind its door mirrors and let it sit by the fire on cold evenings. And when it develops a wobble at tickover, you don’t get cross with it; you worry”. 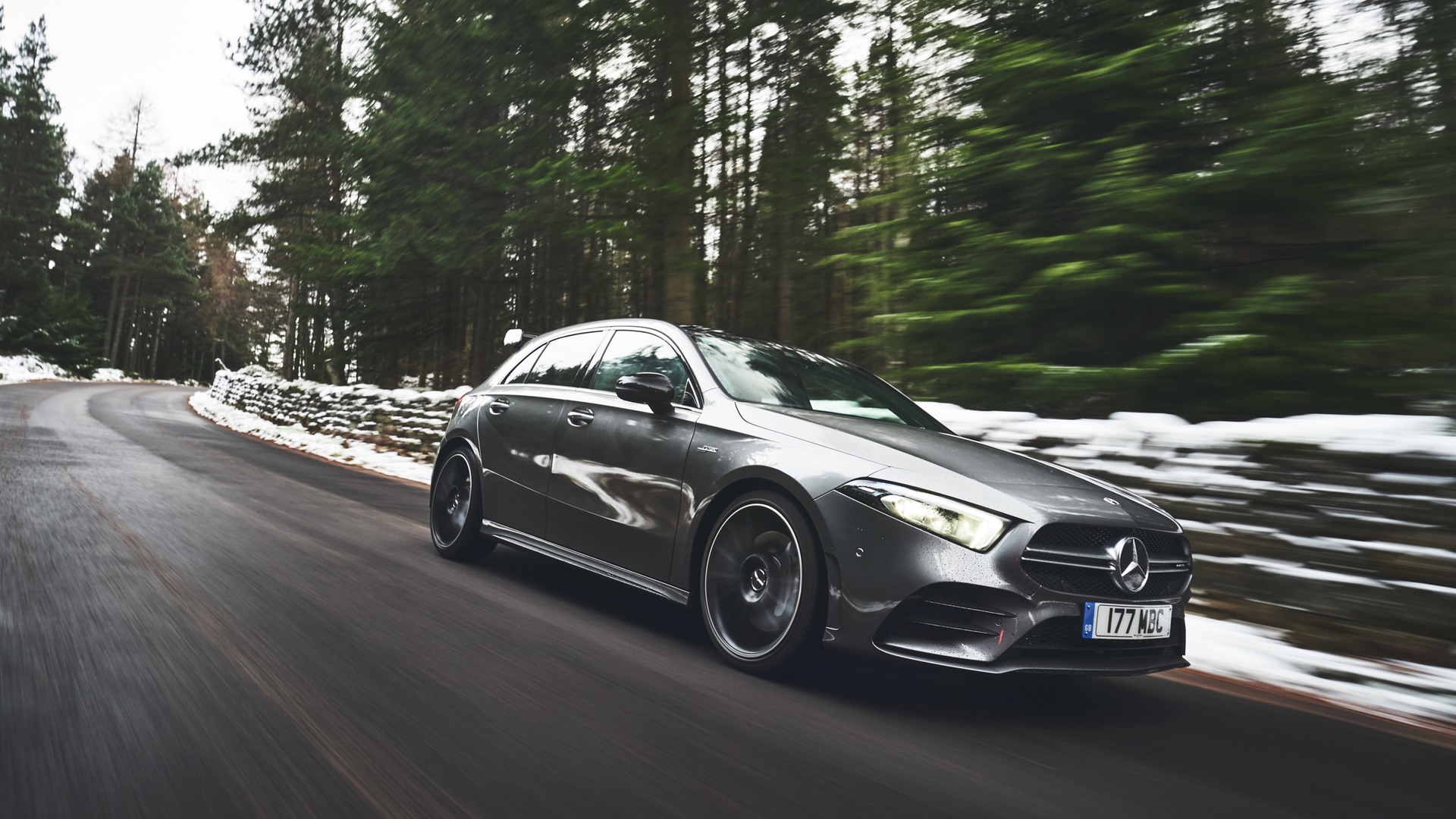 We can’t have a list of 2019 motoring talking-points without a hot hatch or two. The Mercedes-AMG A35 has been eagerly anticipated, given how popular the last A45 AMG was. In spite of being the comparatively lukewarm precursor to the full-fat A45, Clarkson was taken with its performance, saying: “This thing flies. It’s a mad ride, full of jolts and judders and stars flying past at breakneck speed. It’s properly exciting.” 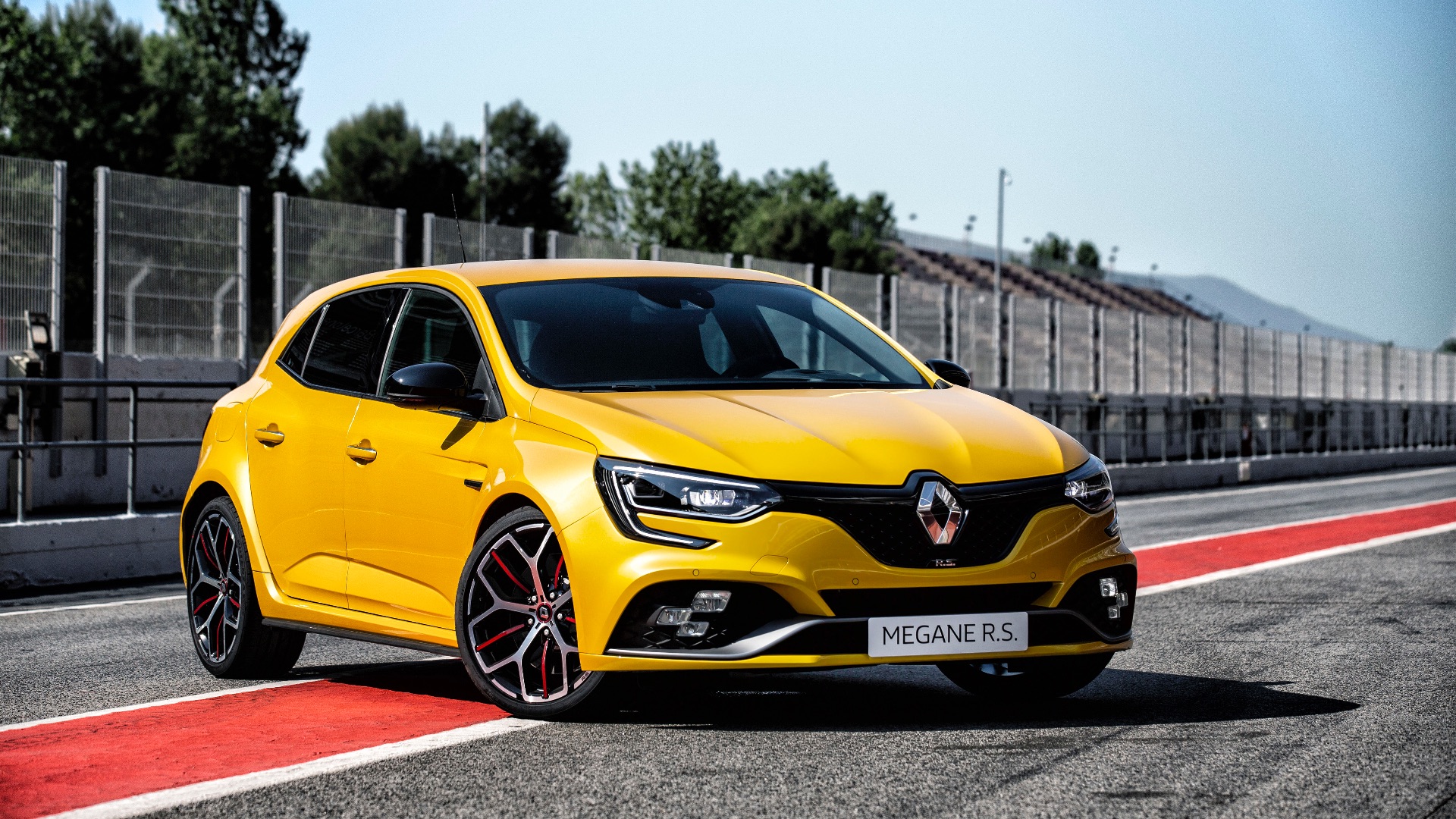 The Merc is very, er, German, though. If you take your hot hatches in a more traditionally French and scrappy guise, then Clarkson is also a proponent of the Renault Megane RS Trophy. “When you take this car by the scruff of the neck, it’s a riot of colour and sound and terror,” he said. “I’ve never taken LSD on the world’s fastest rollercoaster, except now I sort of have”. 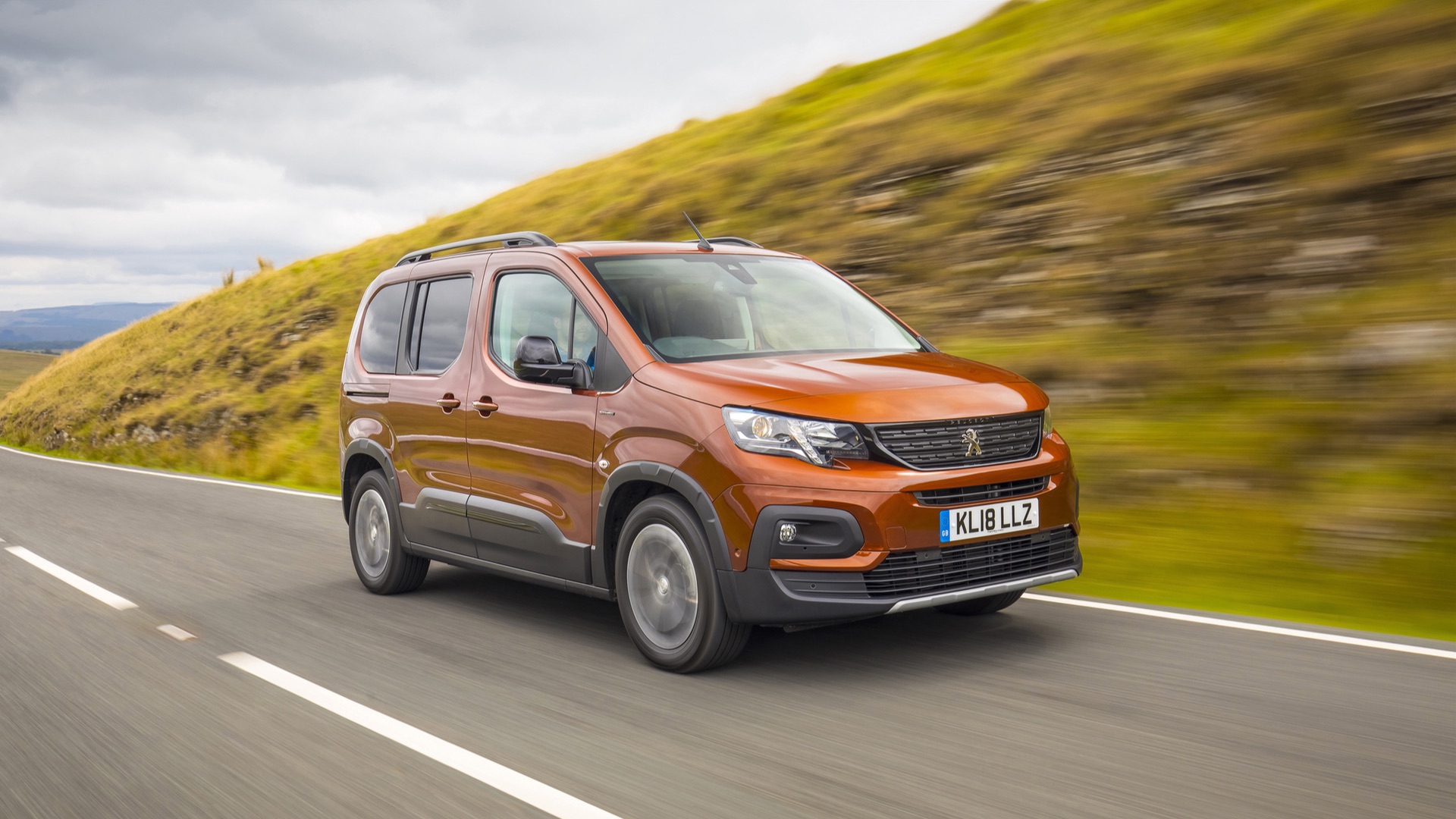 Has Clarkson taken leave of his senses? Is a Peugeot Rifter really one of his most-enjoyed cars of 2019? If you can believe it, yes. The practicality and the ride quality that defeats speed bumps won him over. “I’ll be honest, I loved it,” he said. Apparently its arrival at The Grand Tour office was met with uproarious laughter at his expense. 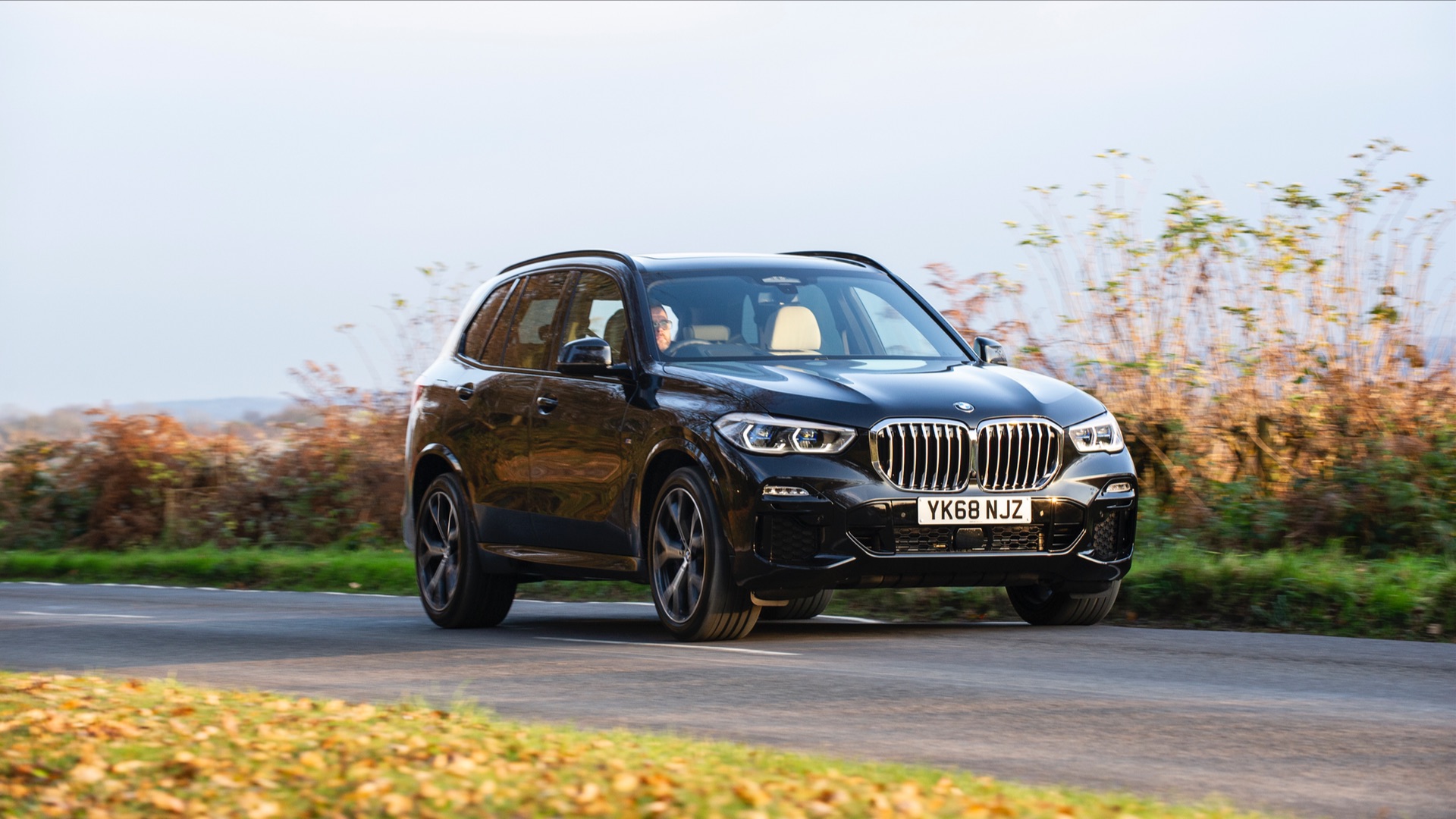 The Times said this list would include hits and misses. While some of the above machinery has copped a bit of criticism, there’s nothing as scathing as Clarkson has been capable of in the past. But the new BMW X5 doesn’t get an easy ride. From the key that “feels like a 1970s television set in your pocket,” to the overly-intrusive assisted steering, Clarkson reckons the X5 “is full of stuff that’s not been thought through. It’s a long time since I drove a car with as many design flaws”. Whoops.