Because cars are getting smart and clever 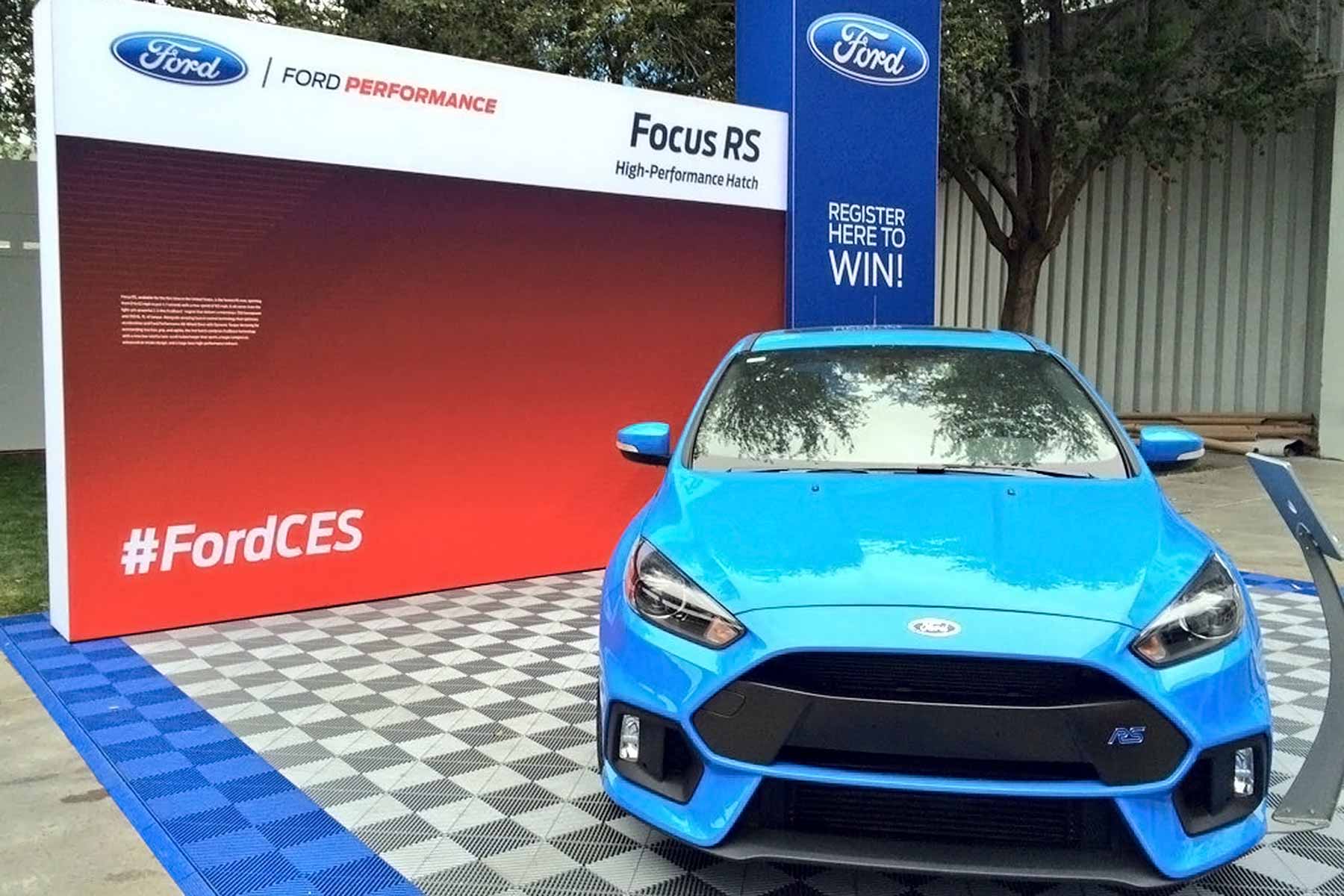 The automotive world is getting its head around the smart new world of connected cars. If you drive an old car, your onboard tech is almost certainly terrible, but the good news is that it’s changing. CES 2016 showed how.

Because cars are now a thing at CES. They have even become a staple in the ‘must see’ guide for the non-automotive tech titles reporting from the event. These guys have no interest in cars but, now makers belatedly starting to smarten up, they’re fascinated by the tech within them.

Cars themselves may still not be cool, but car tech? Big winner.

Which is why many were actually rather nonplussed by the appearance of an all-new 1,000hp all-electric supercar that looks like a modern Batmobile here at CES. Yes, Faraday will be making the new FFZero1 just up the road in Nevada, but maybe it should have waited for Detroit to show off its bold new concept.

Here, among the tech community who don’t care for 200mph top speeds and compare everything automotive to Tesla, it lacked appeal. What, you can’t buy it? They’re not gong into detail about the in-car tech? Wait, what, they don’t even have any running cars yet? Consumer electronics works in quarters: the years it’ll take Faraday to come to market are anathema here.

(Rumours that it’s the Apple Car in disguise didn’t convince the tech guys either. “Apple wouldn’t launch something like that,” scoffed one.)

At least you can now buy the Chevrolet Bolt. This was a smarter move, although GM did its very best to keep the thing hidden from the press and even those who did get to see it simply compared it to Tesla. “A Tesla for the average guy” I heard it dismissed as in the pressroom.

Maybe that’s why Mercedes-Benz concept was one we’d already seen at Frankfurt, and Audi didn’t bring one at all. It did bring a mock-up of its new multi-touchscreen interior, although this slightly alarmed us as, while clever, it was hardly intuitive and looked a scattered mish-mash of ideas.

We prefer BMW’s solution, showcased in its i Vision Future Interaction concept car (really an old i8 Spyder concept with the doors (bloody) blown off). It’s clever, but simple: very Apple. There’s a head-up display and 3D console screen for the driver, and a wonderful 21-inch panoramic screen stretching across the passenger side that showcases all the infotainment and multimedia features.

It’s so big, BMW had to mount it well out of reach in order to be legible. So how do you operate it? By a new control system it’s invented called AirTouch (fairly Apple?). Make gestures to flip across menus, swap screens, even choose sub-menu tiles; then make your selection with a dab of a hard control. It’s a touch-sensitive mouse in gestures.

Next-generation stuff and BMW’s still perfecting the fundamentals, but the gesture control logic seemed delightfully intuitive and the tech community at CES relished the opportunity of trialling, and feeding back on, all-new tech in its infancy.

BMW continued to impress them with its other near-future concepts. The Connected Mirror, the Open Mobility Cloud virtual brain that oversees mobility via the BMW Connected app, the head-up motorcycle display, the ‘mirrorless’ i8 concept whose replacement cameras use glass made by a Silicon Valley starlet, Gorilla.

Of all the car brands, BMW seems to best ‘get’ CES. Forget the cars themselves, they’re not a draw. Instead show off the tech within, both current and future, as indulgently and relevantly as possible. This, after all, is the show that sets the trends for the future.

Volkswagen certainly wants to set a few new trends and overcome the emissions scandal that has engulfed it. In his keynote, Dr. Herbert Diess started out by apologising, which pleased the loyalists in attendance, then rolled out a Golf concept with next-gen gesture-based infotainment tech he confirmed would be in showrooms “before we gather again for CES 2017”. Textbook turnaround stuff.

Then the sucker punch: revealing a concept reinvention of the original Microbus so loved by hippies and hipsters, dripping in futuristic tech and Internet of Things connectivity. BUDD-e is electric, it can drive itself, it has a sofa in the back (and an HD screen on the wall): yes, it was a new car, but what a car to make the tech community sit up and go hurrah.

The knockout was Volkswagen’s tacit confirmation something like this will become a production reality by 2019. Why else base it on its new modular electric vehicle platform, MEB? Power to you, VW. (But pity about the name: BUDD-e? Seriously?)

Of course, the real insight at CES is gained from wearing out the shoe leather and walking all the stands; that’s automotive, automotive supplier, general tech and the multitude of traders all showing off gadgetry they’ve either invented themselves or bought over from abroad. This is where you find what’s coming to the car of the future.

It seems aftermarket car stereo will hook into your car’s network and display gauges you don’t already have (and not only diagnose what the glowing warning light on the dash is, but also allow you to clear it). Child seats will auto-latch and have their own app to monitor their state. Comedy licence plates will contain serious ADAS cameras. Microsoft Office will be available on the drive to and from the office.

And then there’s the potential of the Internet of Things. Cars are going to become a ‘Thing’, talking to your other ‘Things’ as part of an extended network. You’ll turn on the heating from your infotainment screen as you drive home. Receive security alerts from your car as you watch TV (and turn on the cameras to see what’s going on). Even beckon your autonomous car from your garage simply by kicking up the keyfob.

It’s beyond tantalising. Cars have developed into fantastic driving machines over the past century, but have remained pretty dumb while the traditional bell telephone has evolved into the smartphone. Now it’s cars’ turn to be digitised.

What’s clear is that this won’t mean cars will simply drive around themselves like autonomous robots. ‘Highly automated, if you want’ is the vibe at CES: the Google Car isn’t a realistic vision of a self-driving car.

It will mean we may not want to drive, though. Cars will have so much cool stuff packed in, driving may become reserved for pleasure: let it take over for the chore of commuting because you’ve got emails to check via Harman’s Microsoft Office integration, or music to listen to from either its entry-level Venture or high-end Summit audio systems.

No wonder the tech world is embracing cars. They’re the next big device to get excited about. We really haven’t seen nothing yet.

How to add wireless phone charging to your car

Here's how to update your older car with wireless phone charging – and for much less money than ticking the option box in a new car, too.
Read more

Irvin 'Irv' Gordon, the American who clocked up an astonishing and record-breaking 3.2 million miles in his 1966 Volvo P1800 S, has died.
Read more

2017 Land Rover Discovery review: why the Range Rover should be worried

Bookings for Aston Martin drive experiences have rocketed in the run-up to No Time To Die, the new James Bond film, being released in April 2020.
Read more

What cars do you need to take part in the London to Brighton Veteran Car Run? Let us be your guide to the eligible old-timers
Read more