Having a blast: cars with no windscreens

Sans screen: inspired by the Aston Martin V12 Speedster, here are 20 cars that rock the no windscreen look 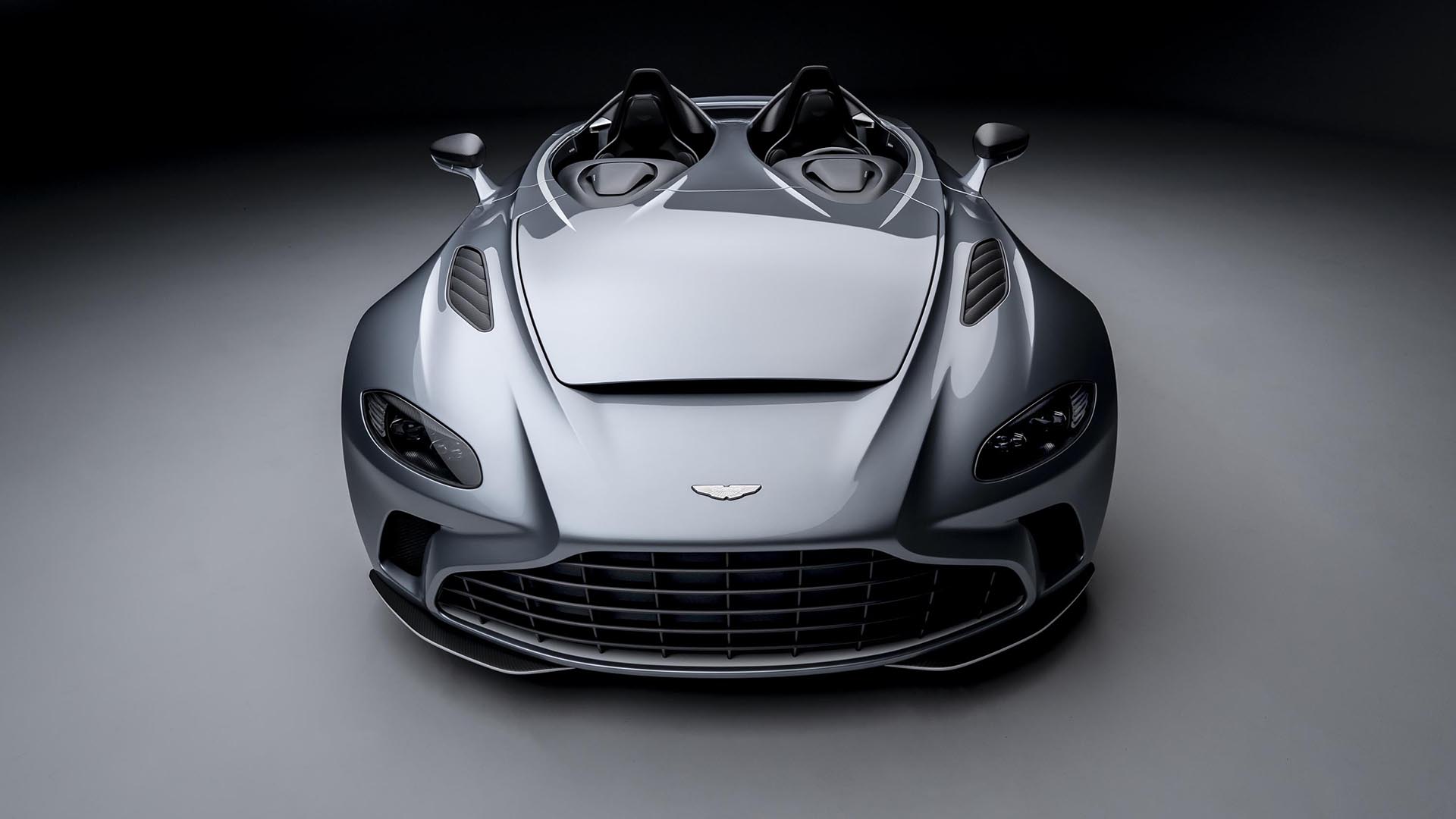 For some people, the feel of the wind in your hair just isn’t enough. They crave the joys associated with flies in your teeth, grit in your eyes and bugs up your nose. Only a car without a windscreen will do. Inspired by the launch of the Aston Martin V12 Speedster, we’ve selected 20 cars that are sans screen. Just think of the money you’ll save in windscreen wipers. 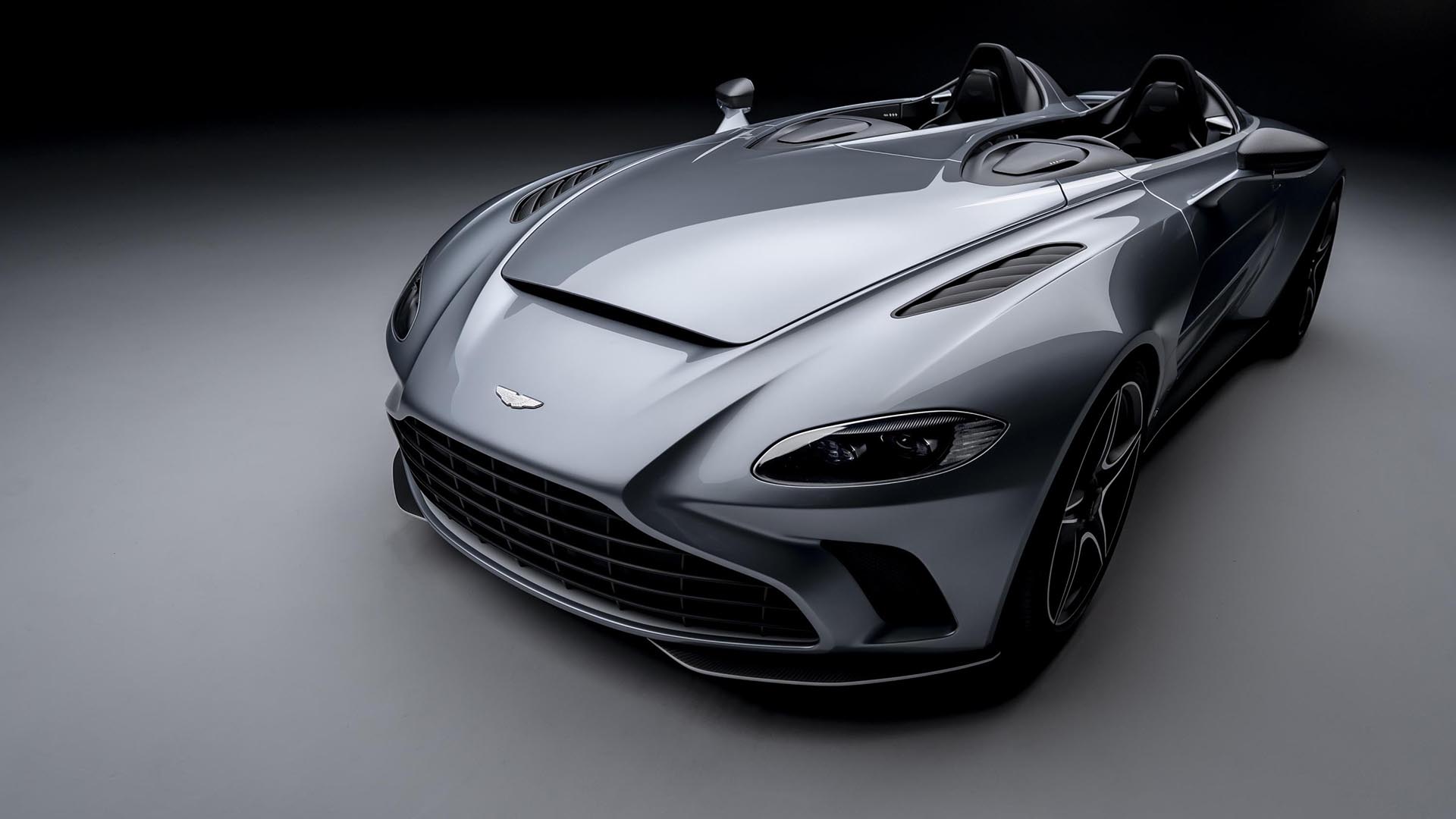 If you’re spending £765,000 on a new car, you might expect it to feature a windscreen. Not if you’re one of the 88 people who will take delivery of an Aston Martin V12 Speedster in 2021. Aston Martin says the removal of the windscreen adds to the “visceral engagement, heightening the driving experience to new levels”. A helmet would be useful when you’re accelerating to 62mph in 3.5 seconds on the way to 186mph. 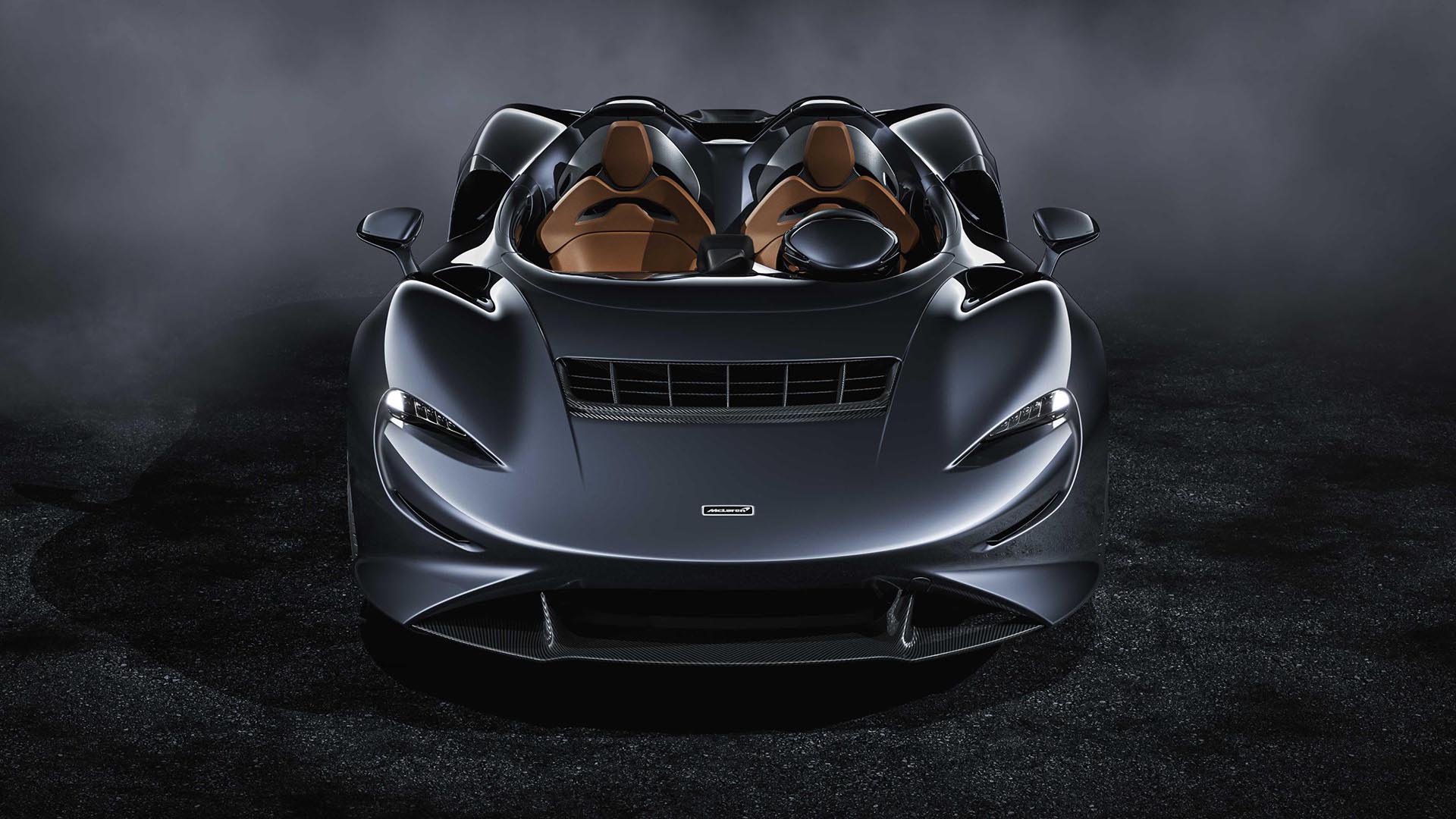 McLaren has gone to extreme lengths to make the Elva the lightest weight of any road car it has produced, but there’s only so much that can be achieved using lightweight materials. Which is why McLaren has ditched the windscreen, roof and side windows to reach, what McLaren CEO Mike Flewitt, calls “new heights of driving pleasure on road or track”. McLaren says that the design of the upper cabin means that helmets aren’t required. If you’re not convinced, a fixed windscreen is available as an option. 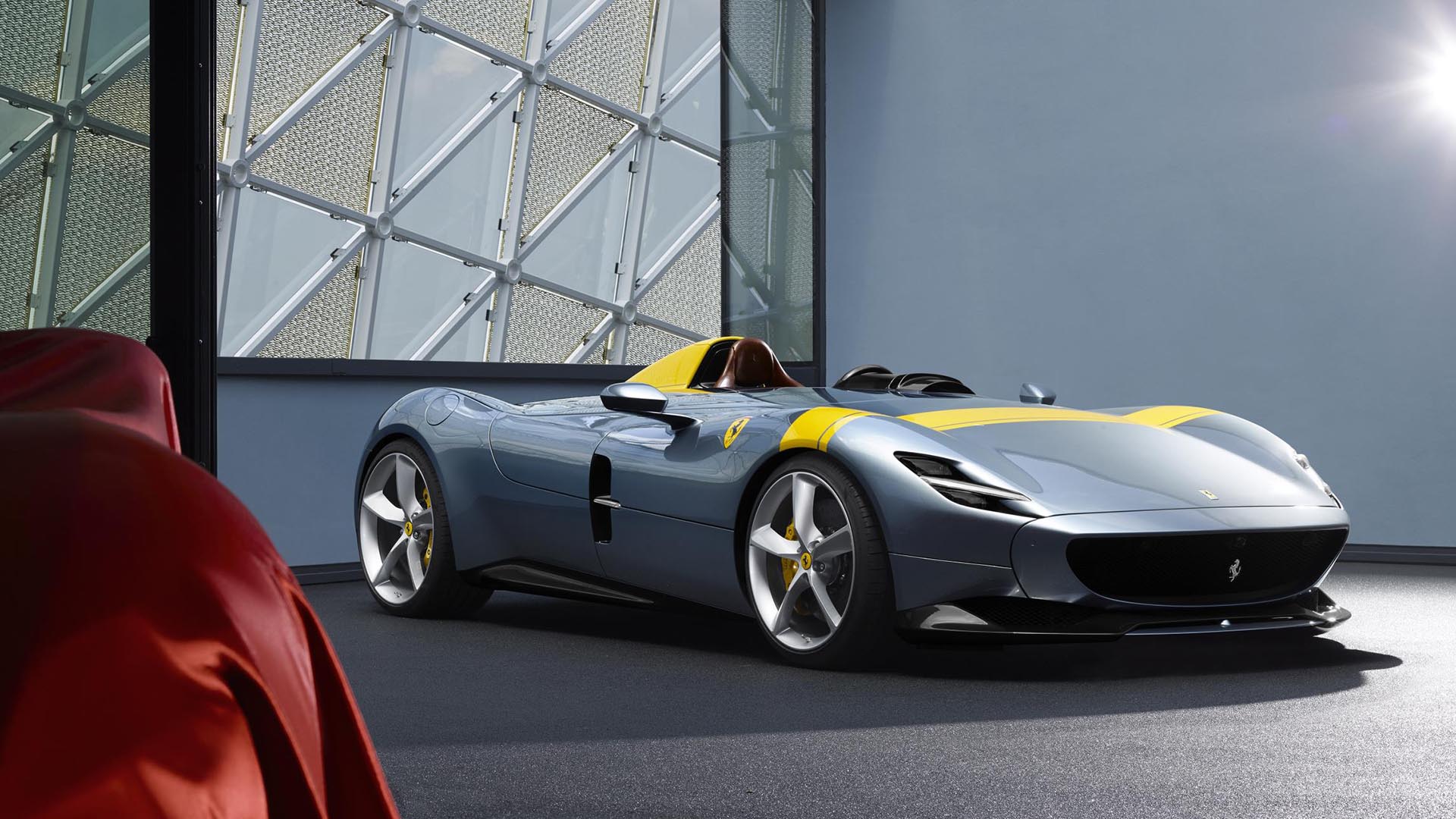 One of the benefits of not having a windscreen is the absence of windscreen pillars. This creates an unobstructed view of the road ahead, creating a driving experience akin to say a Formula 1 car. However, the air flowing over the bonnet would hit the driver’s face, which is less than ideal. To counter this, Ferrari developed a Virtual Wind Shield for the Monza SP1. It’s essentially an aerodynamic passage underneath the driver’s side aero screen, where the upper part is shaped as an aerofoil. The clever design deflects the flow of air over the driver’s head, creating a ‘low-speed bubble around the cockpit’. 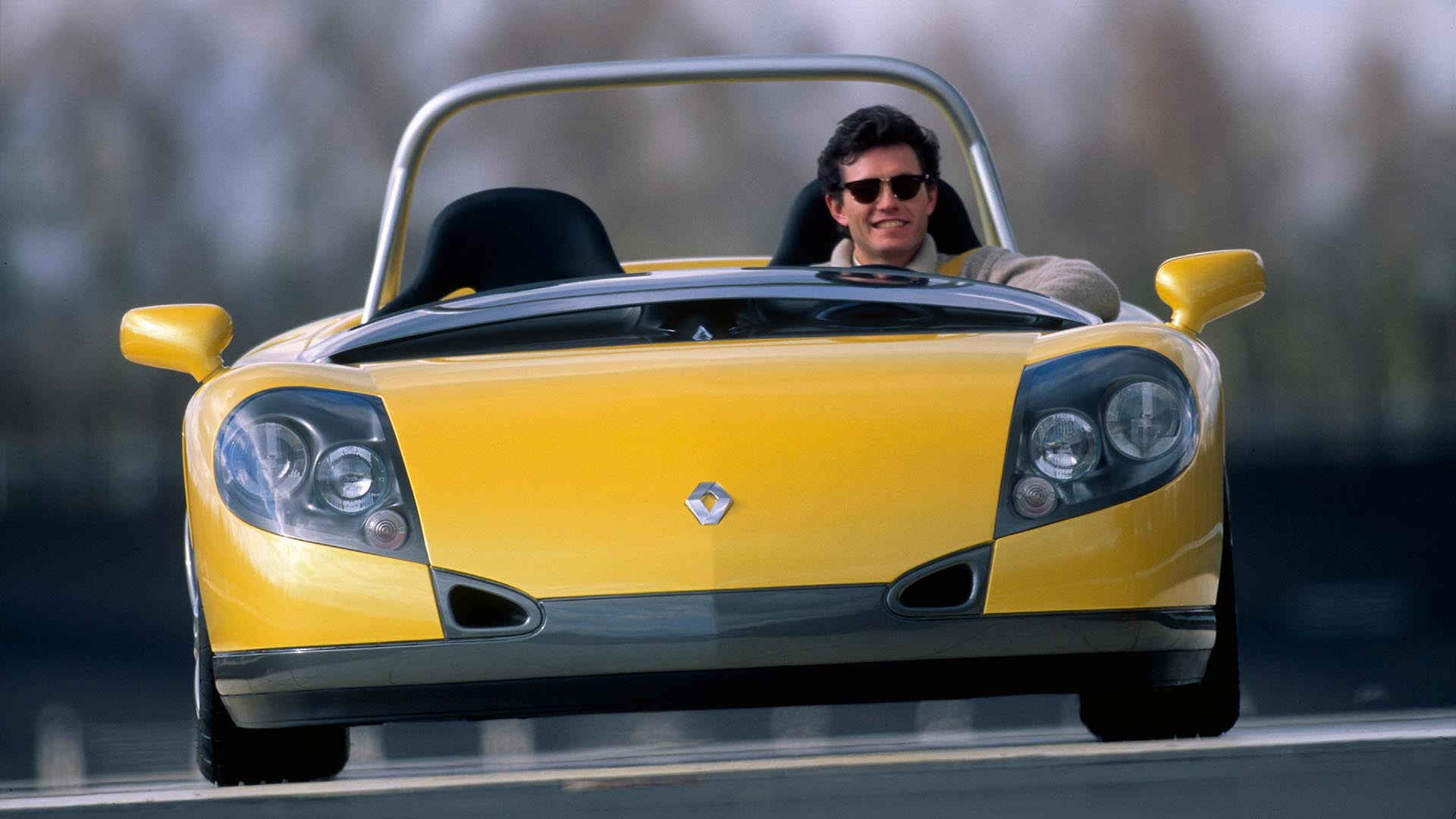 Describing the Renault Sport Spider, journalist Richard Bremner said it provided “the weather protection of an umbrella in a tornado”. He was referring to the absence of a roof, an optional hood that was good for speeds of up to 40mph, and the missing windscreen. In fairness, a full-length windscreen was an option. Perhaps sensibly, all 96 UK Spiders were delivered with a windscreen as standard. 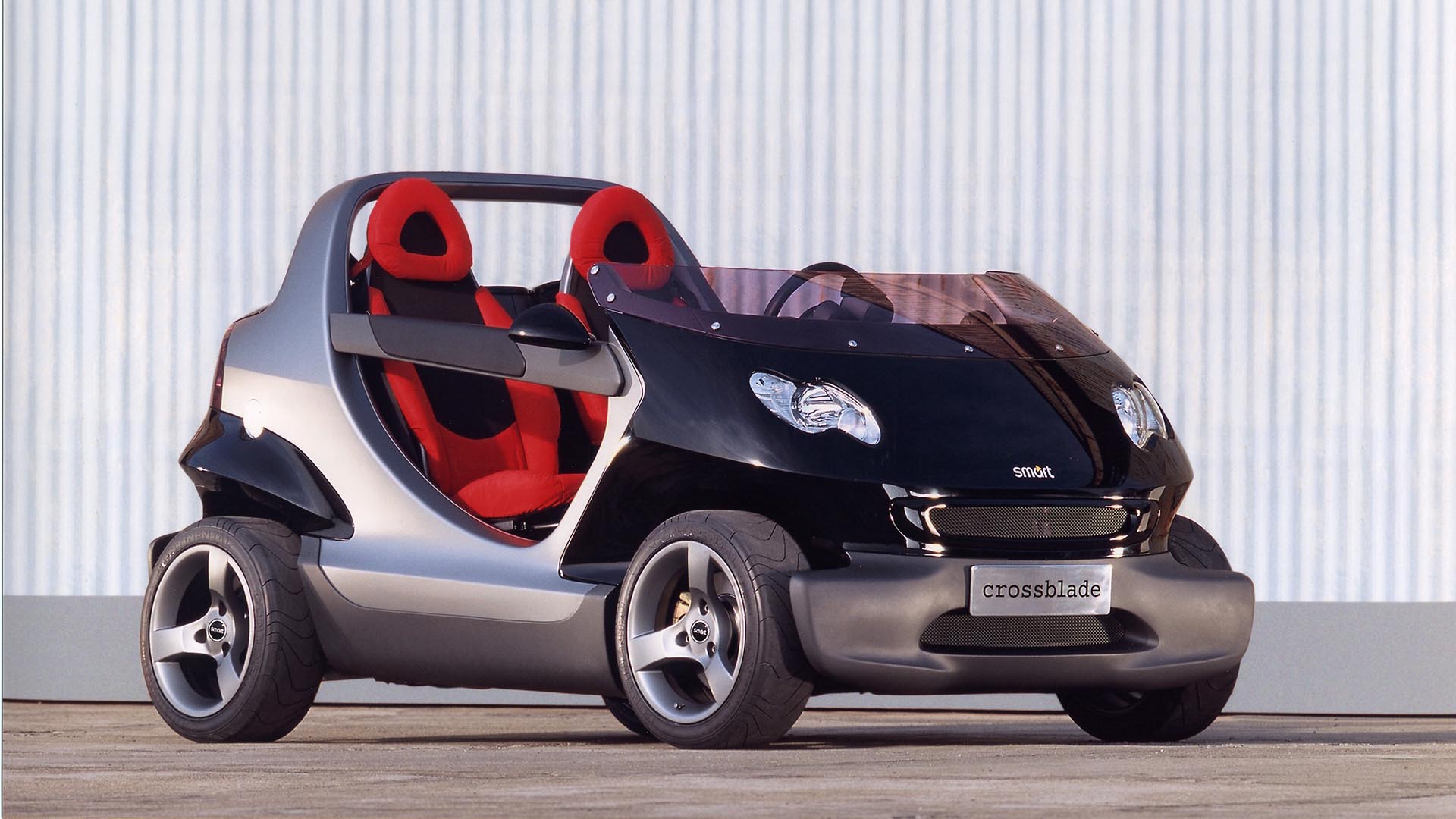 Depending on your point of view, the Crossblade is either the best or worst car Smart has ever built. We’re happy to proclaim our love for the Crossblade, which gives us something in common with Robbie Williams. The former Take That star and all-round entertainer took delivery of car number 008. The owner’s manual advised the driver to wear glasses and a helmet to “protect your head from airborne rocks and similar”. This isn’t something you’ll read in many car brochures. 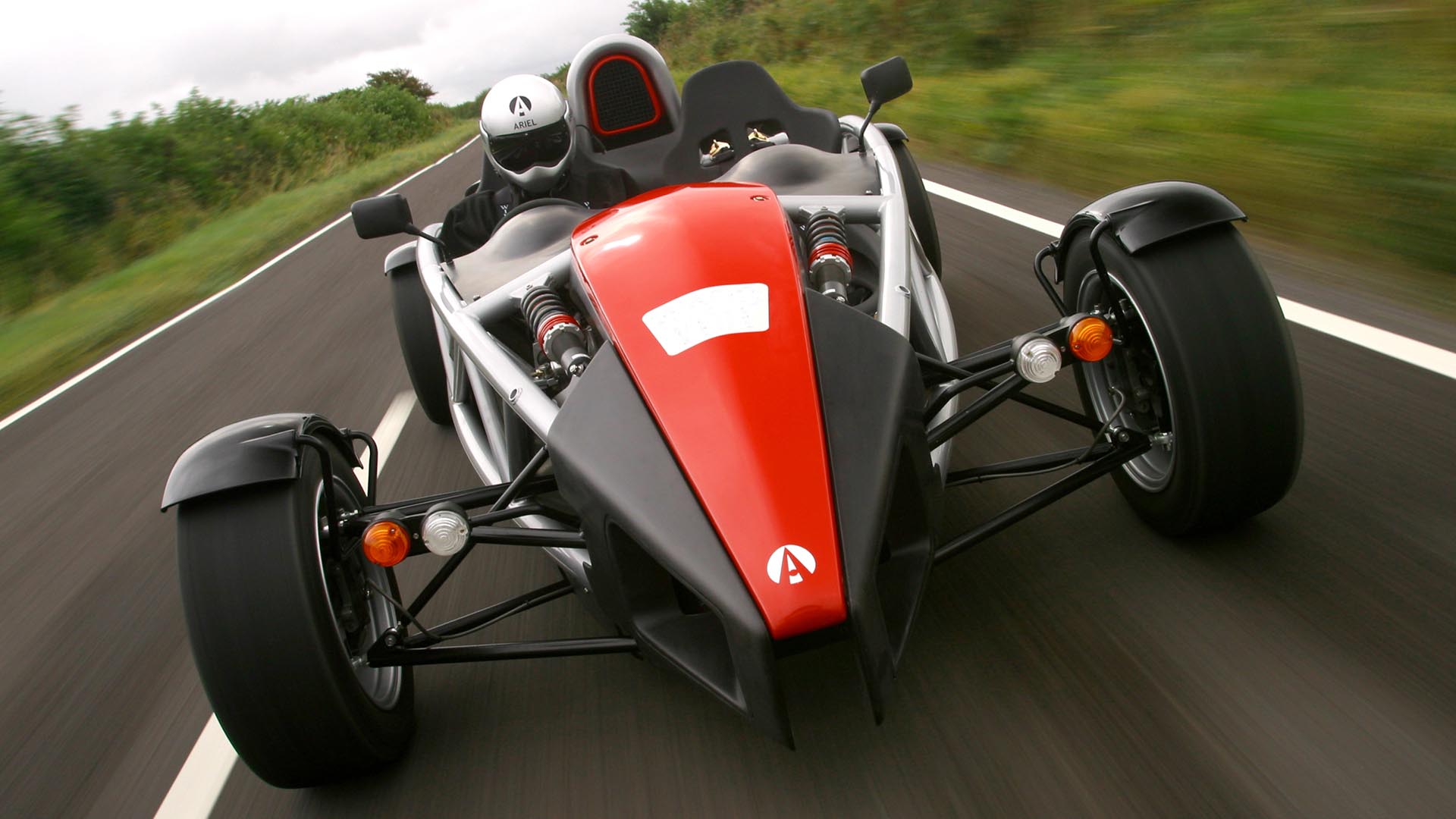 The image of Jeremy Clarkson’s deformed face while driving an Ariel Atom at speed has been the subject of countless gifs and memes. “It’s so quick, it can destroy your entire face.” Yeah, driving fast in a car with no windscreen will do that. 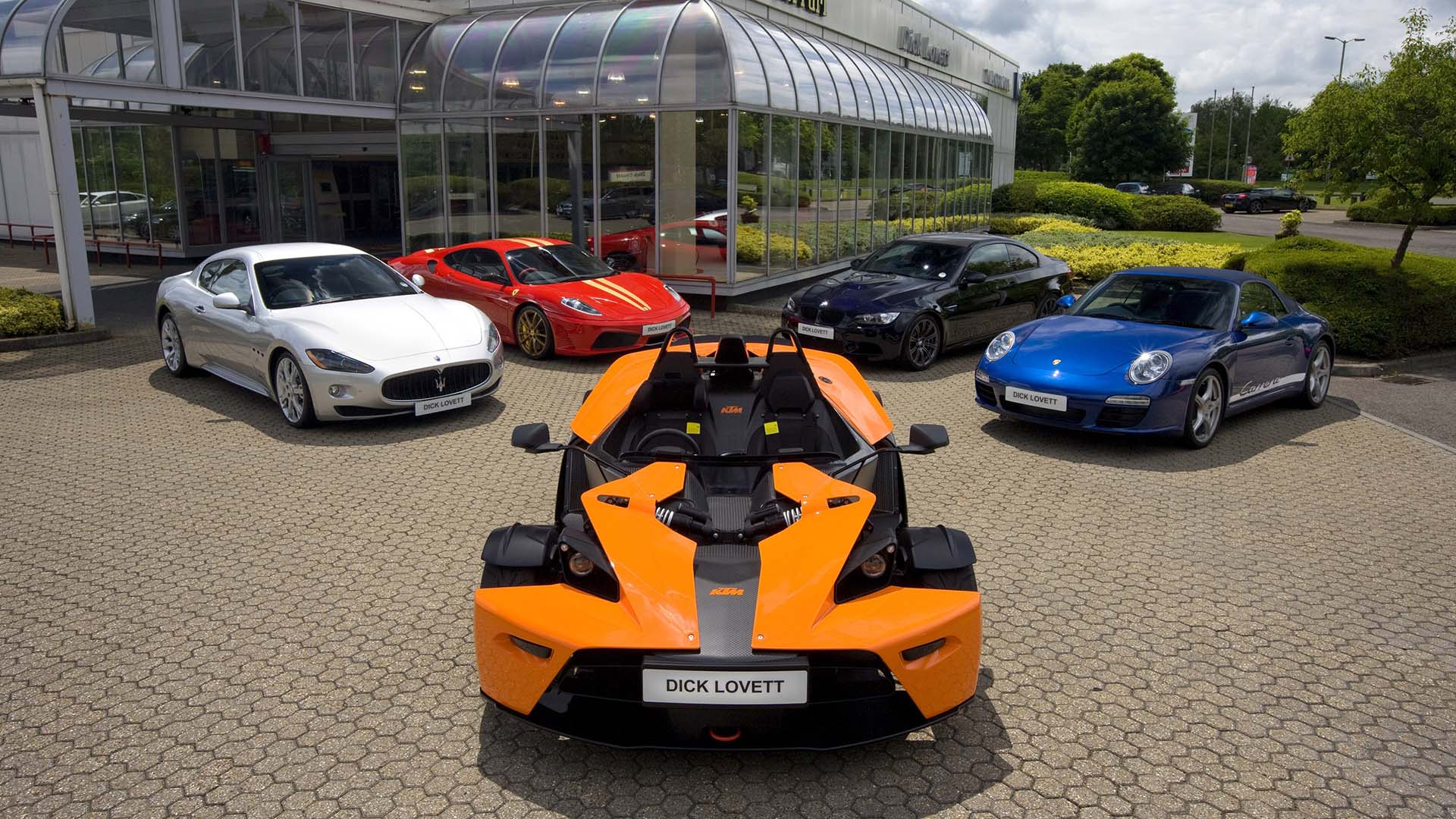 You can buy KTM cars with a windscreen, but that would be like ordering a mild korma at a restaurant famous for its hot curries. Besides, requesting such a ‘luxury’ item from the Austrian company most famous for building motorcycles just feels wrong. Grab a helmet to enjoy the KTM experience in maximum spice mode. 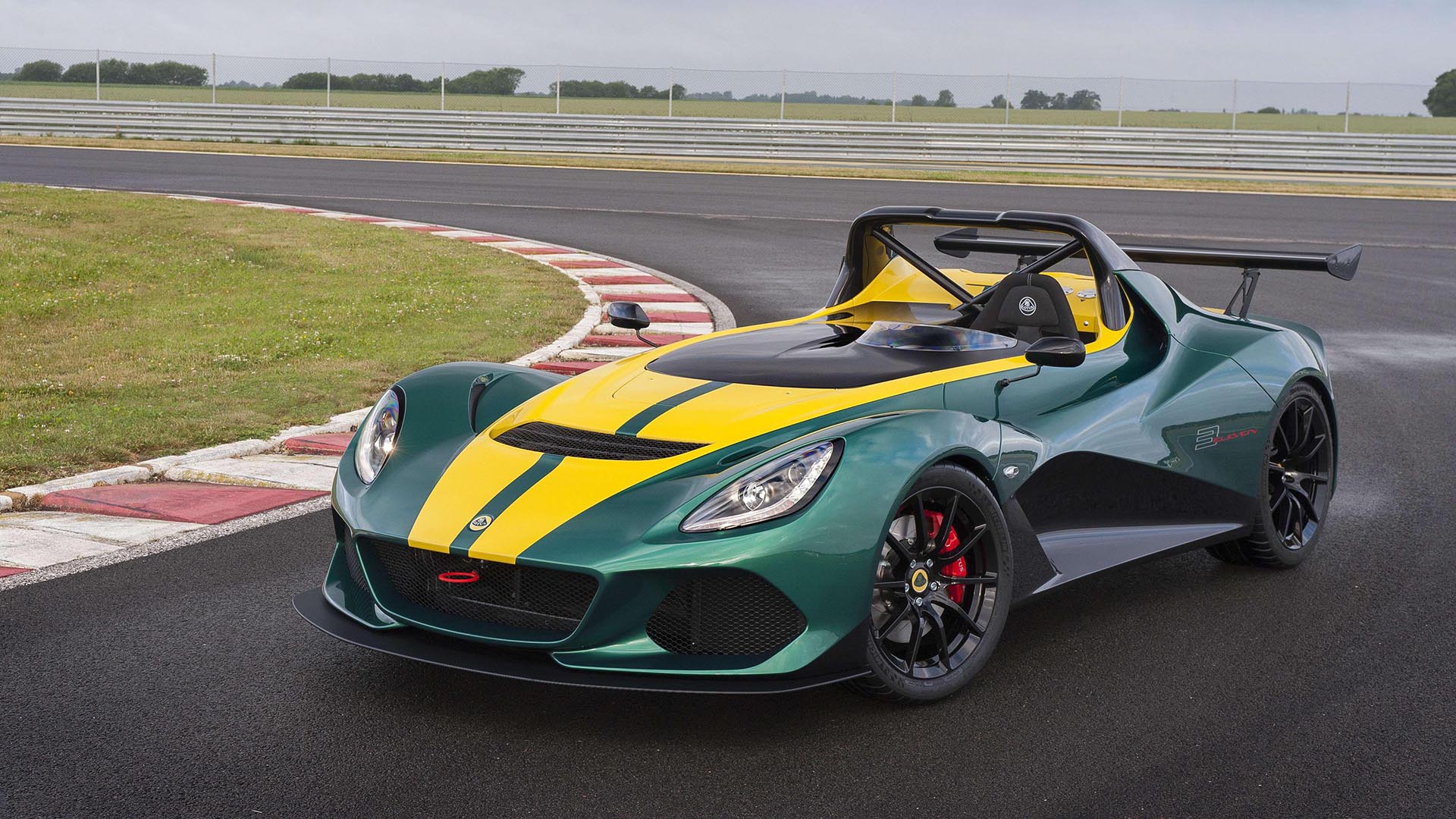 You’ll need the outdoor skills of Bear Grylls to live with a Lotus 3-Eleven on a daily basis. Like the 2-Eleven before it, the track-focused Lotus leaves you at the mercy of the elements, with your face exposed to the wind, rain, dirt and pollution you’ll find on our roads. But for those rare moments when the sun breaks free of the crowds and the traffic clears, a 3-Eleven would offer pure and undiluted driving bliss. 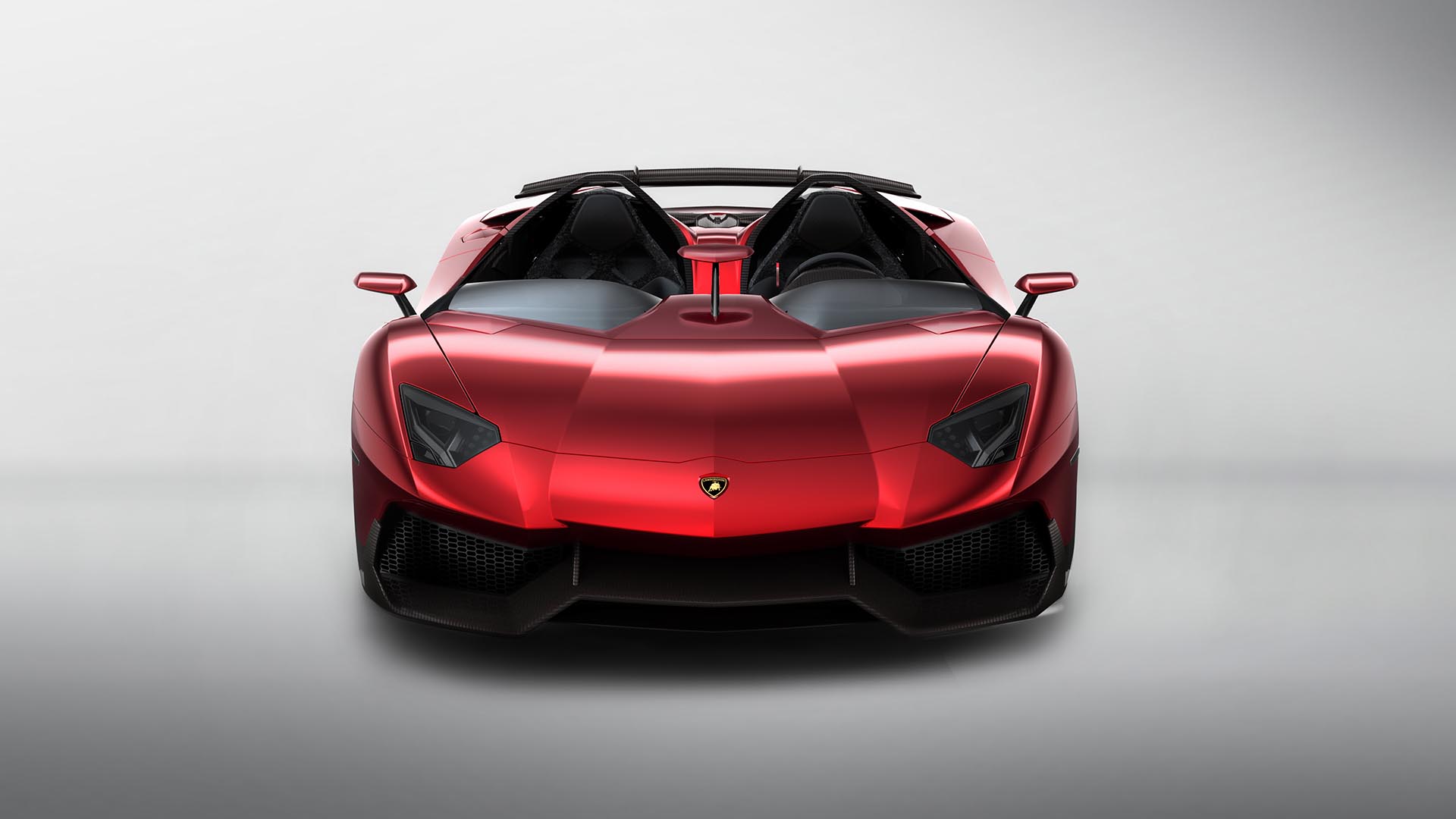 At the launch of the Aventador J in 2012, Lamborghini said drivers ‘must have the right equipment for driving at top speeds higher than 300km/h (186mph)’. So that would be glasses, a helmet and nerves of steel. Amazingly, the one-off Aventador J was homologated for road use, with a wealthy buyer paying a cool £1.75 million plus taxes for the privilege of owning this very open supercar. 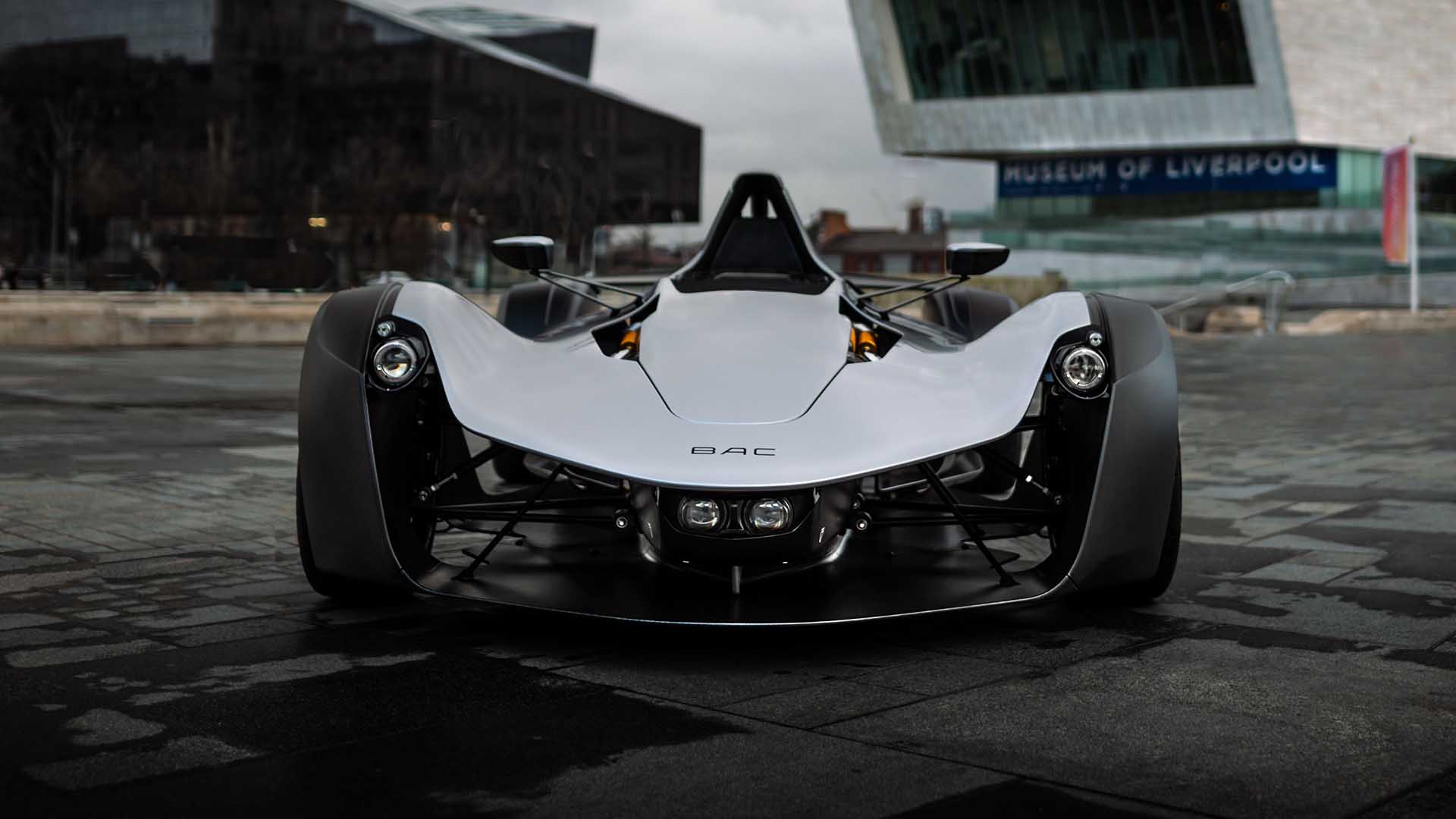 Many of the cars featured in this gallery expose a passenger to the full effects of driving without a windscreen. The BAC Mono does things differently – it’s just your face in the firing line. The 2020 Mono weighs just 570kg and is powered by a Ford 2.3-litre turbocharged engine, which helps it to hit 60mph in 2.7 seconds, before reaching a top speed of 170mph. 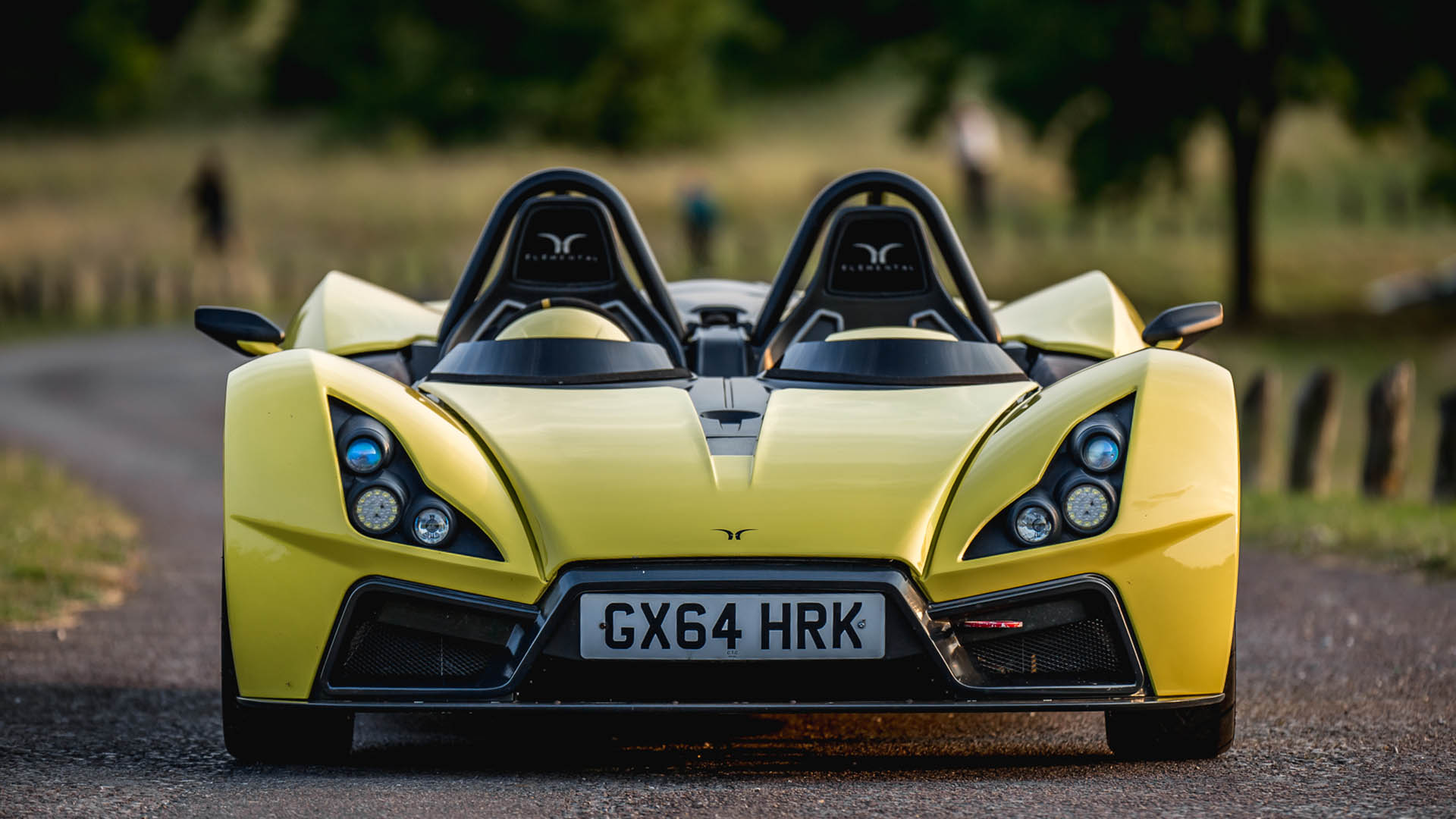 Weighing just 590kg and powered by a choice of Ford turbocharged engines, the Elemental RP1 is like a BAC Mono with an extra seat. As standard, the RP1 comes with polycarbonate visor screens and air deflectors for the full open air experience. However, a heated windscreen is available as an option. Admit it, you’d probably tick that option box. 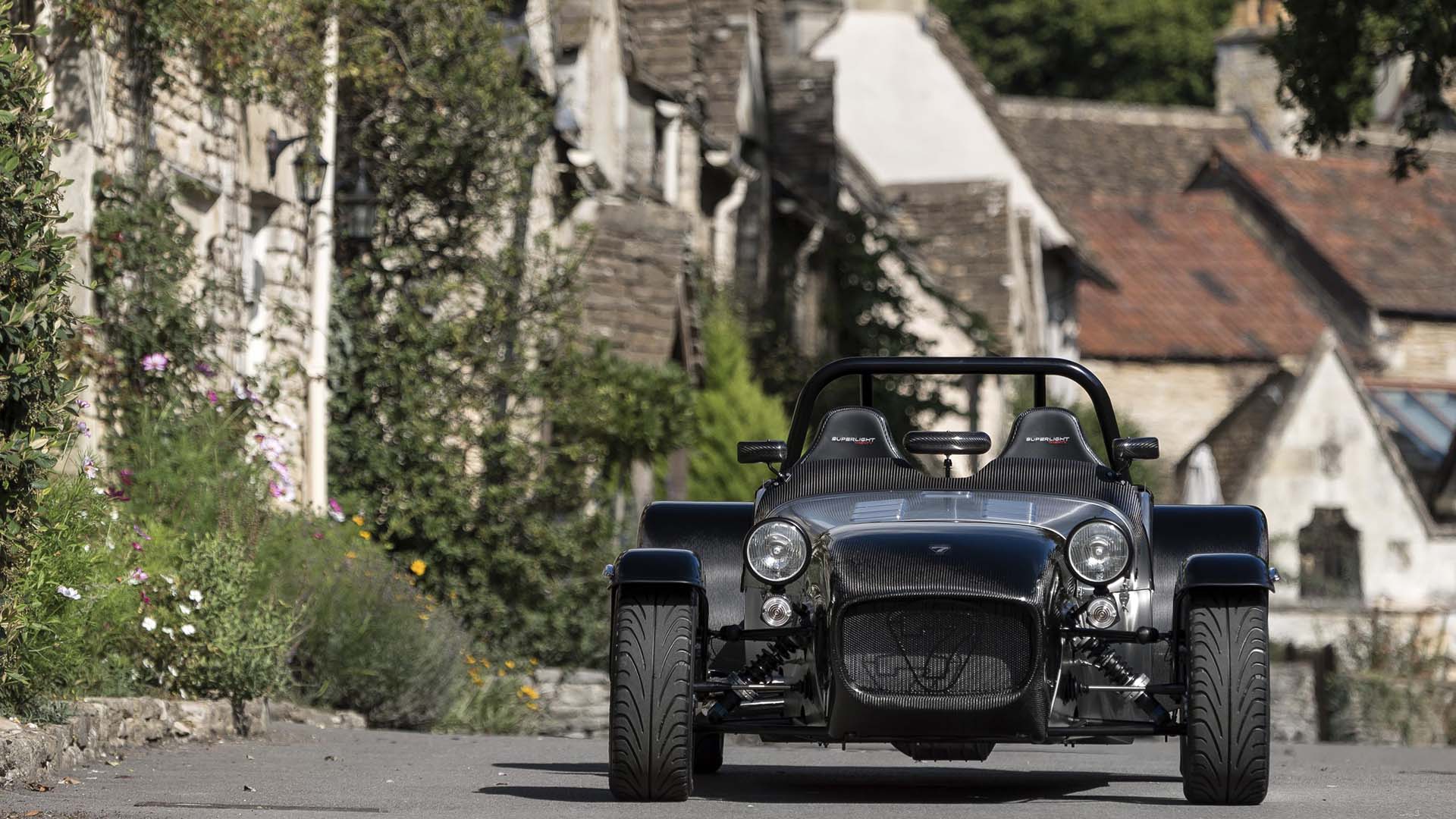 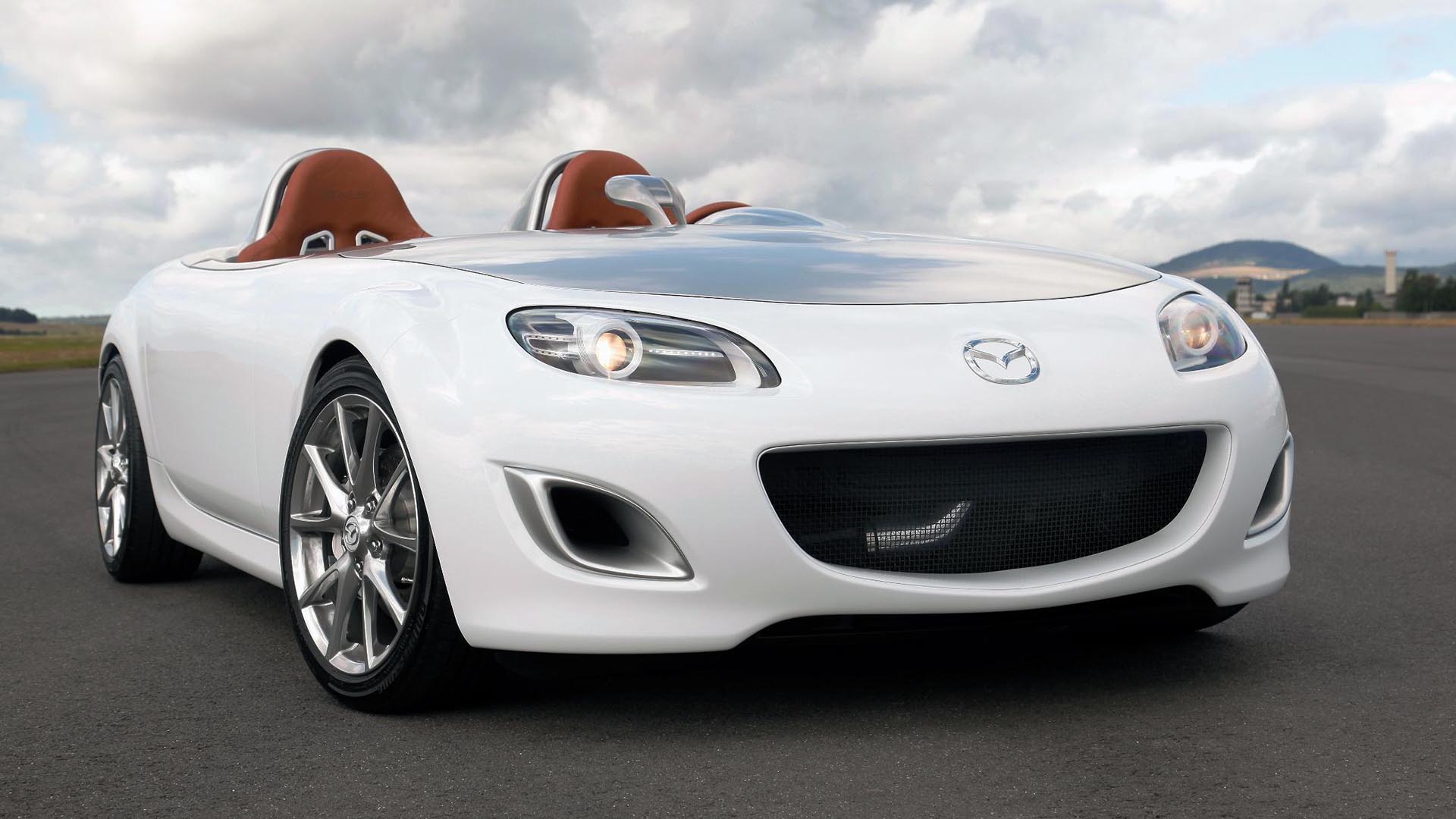 In 2009, Mazda celebrated 20 years of the MX-5 by unveiling the roof-less and screen-less Superlight. Although it was never intended for production, it previewed a potential lightweight version of the MX-5, with Mazda also removing the carpets and air conditioning. The result was a car that weighed just 950kg. A decade on, it’s the MX-5 many of us still dream of owning. 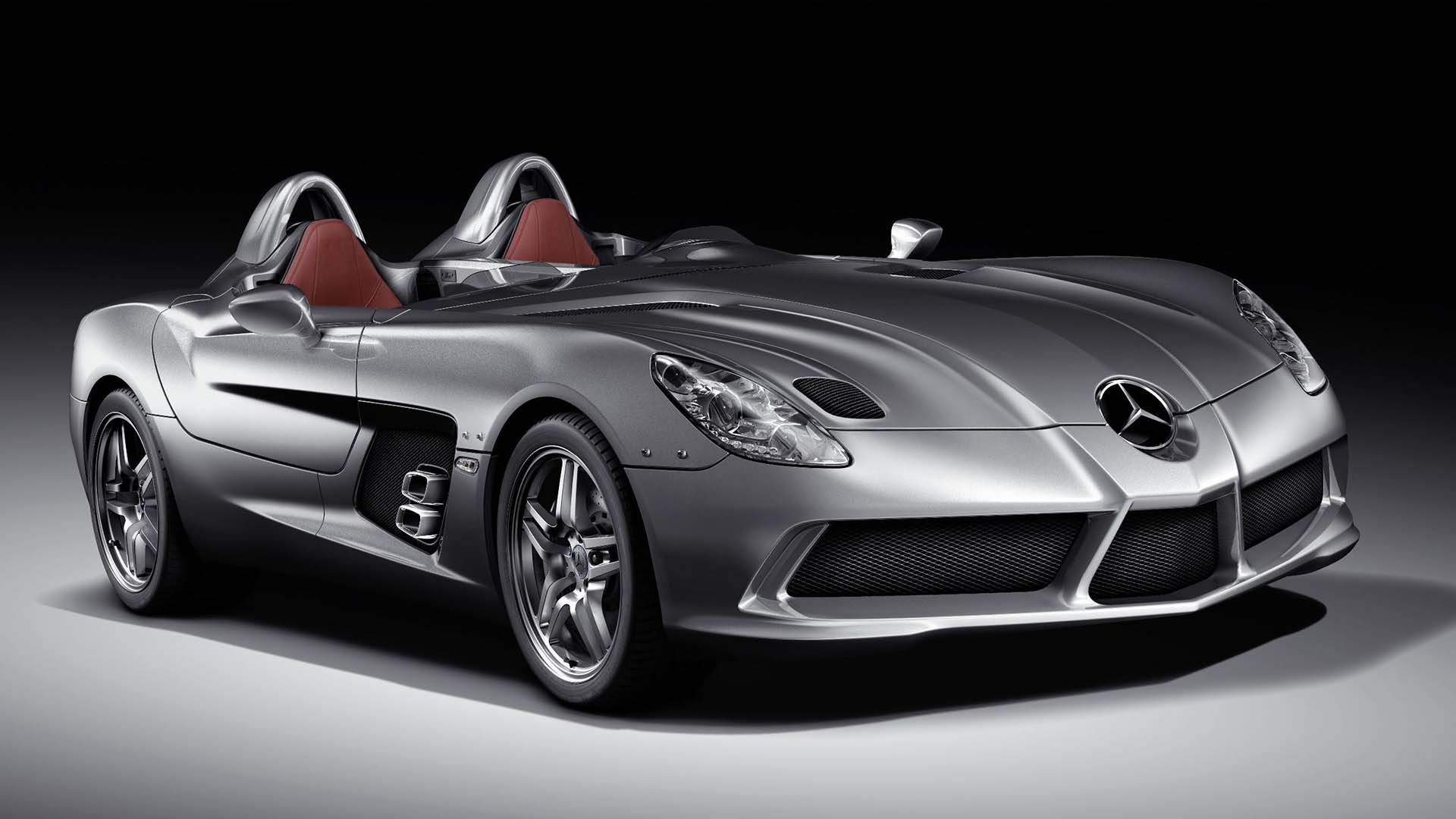 There must have been something in the air in 2009, because Mercedes-Benz ditched the roof of the SLR to create the Stirling Moss. Everything except the essentials were stripped away in an effort to save 200kg, creating a more focused version of the SLR. Just 75 were built, each one costing £660,000. 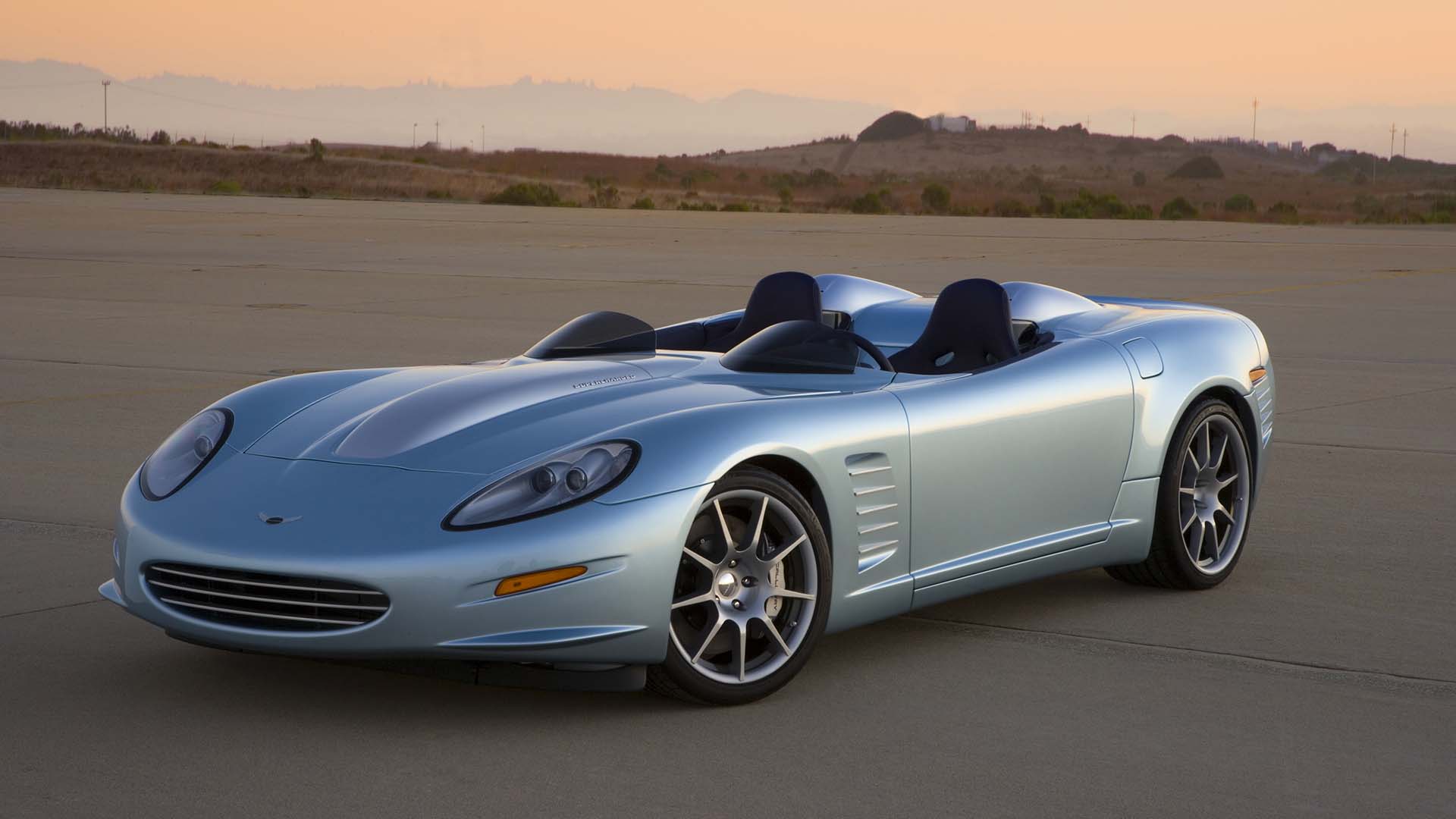 The little wind deflectors on the Callaway C16 Speedster were designed to create favourable wind vortexes at standard road speeds. As pointed out by Car and Driver, their effectiveness would be questionable when you’re doing 200mph. Thanks to a supercharged 6.2-litre Corvette engine, the C16 Speedster could hit 60mph in just 3.3 seconds. 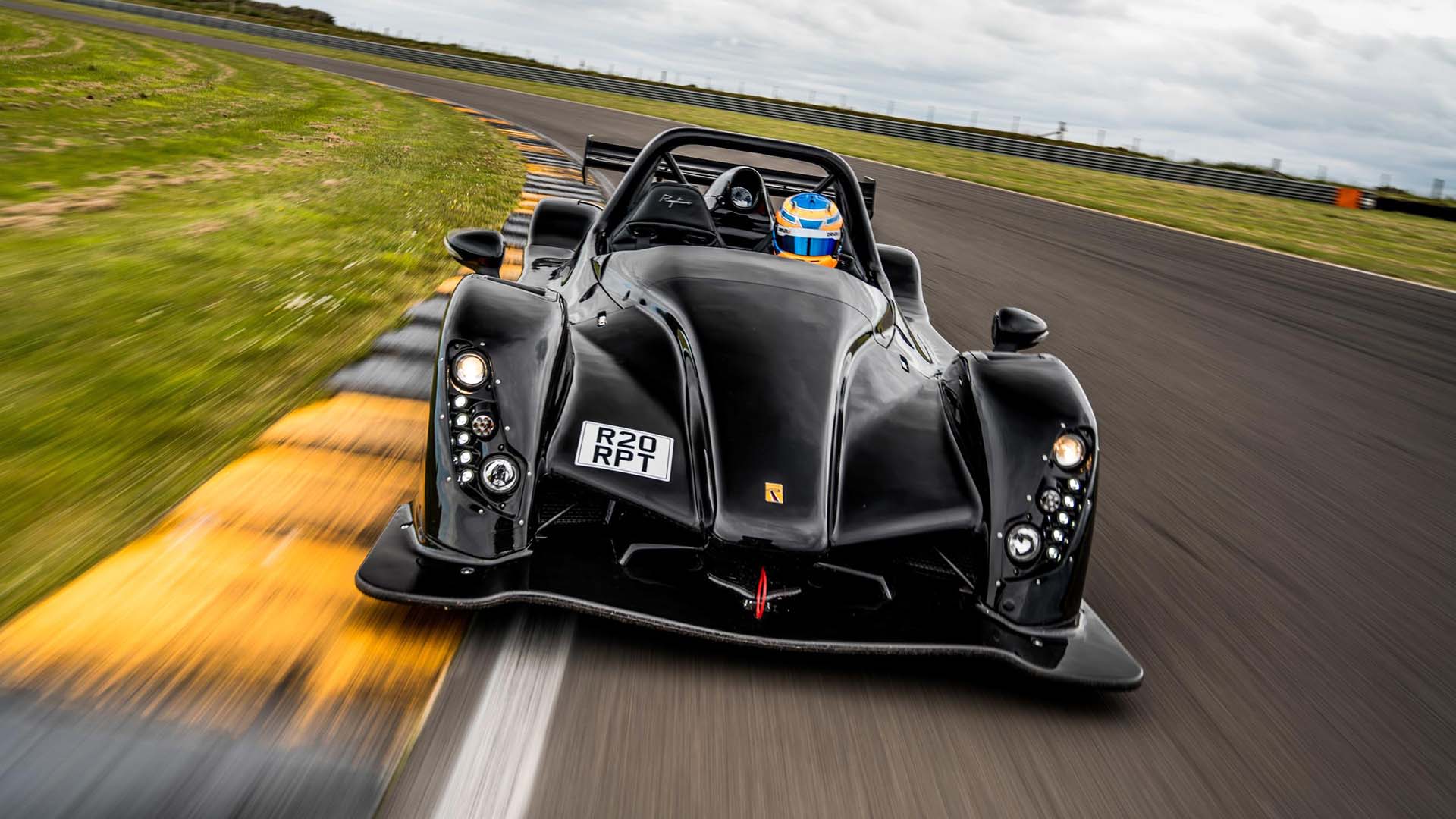 The Rapture is the latest track-focused and road-legal car from Radical, with power sourced from the 2.3-litre engine you’ll find in the Mustang and Focus RS. With 350hp on tap, the 765kg Rapture will hit 60mph in just three seconds. A helmet is essential, while iving close to a racing circuit is advised. 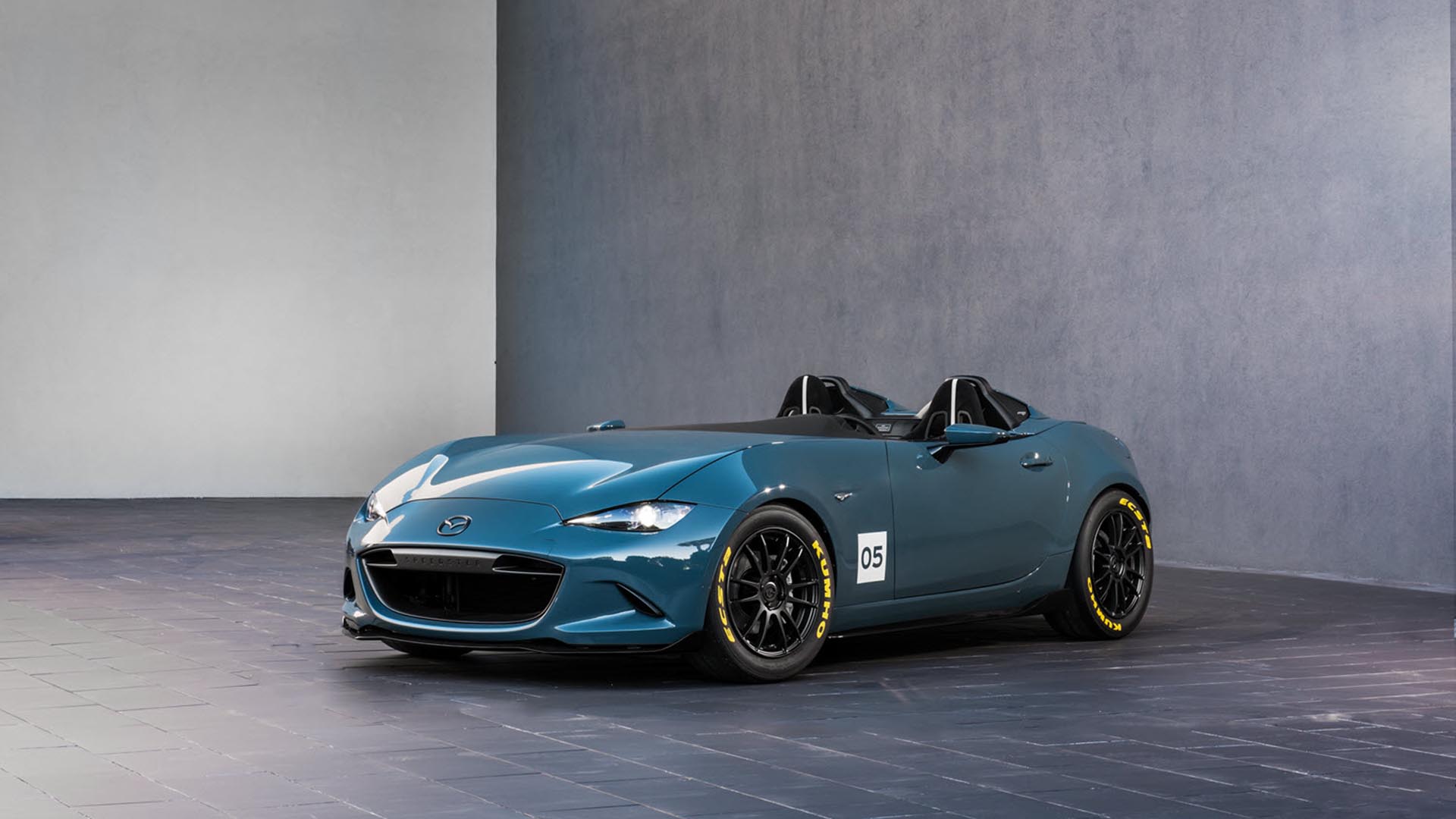 Mazda unveiled two MX-5 concepts at SEMA 2015 in Las Vegas. The Speedster was arguably the cooler of the two – and not simply because of the absence of a windscreen. We also like the Blue Ether paint and the 16-inch Rays alloy wheels. Forget the RF with its retractable roof – the Speedster is the MX-5 we demand. 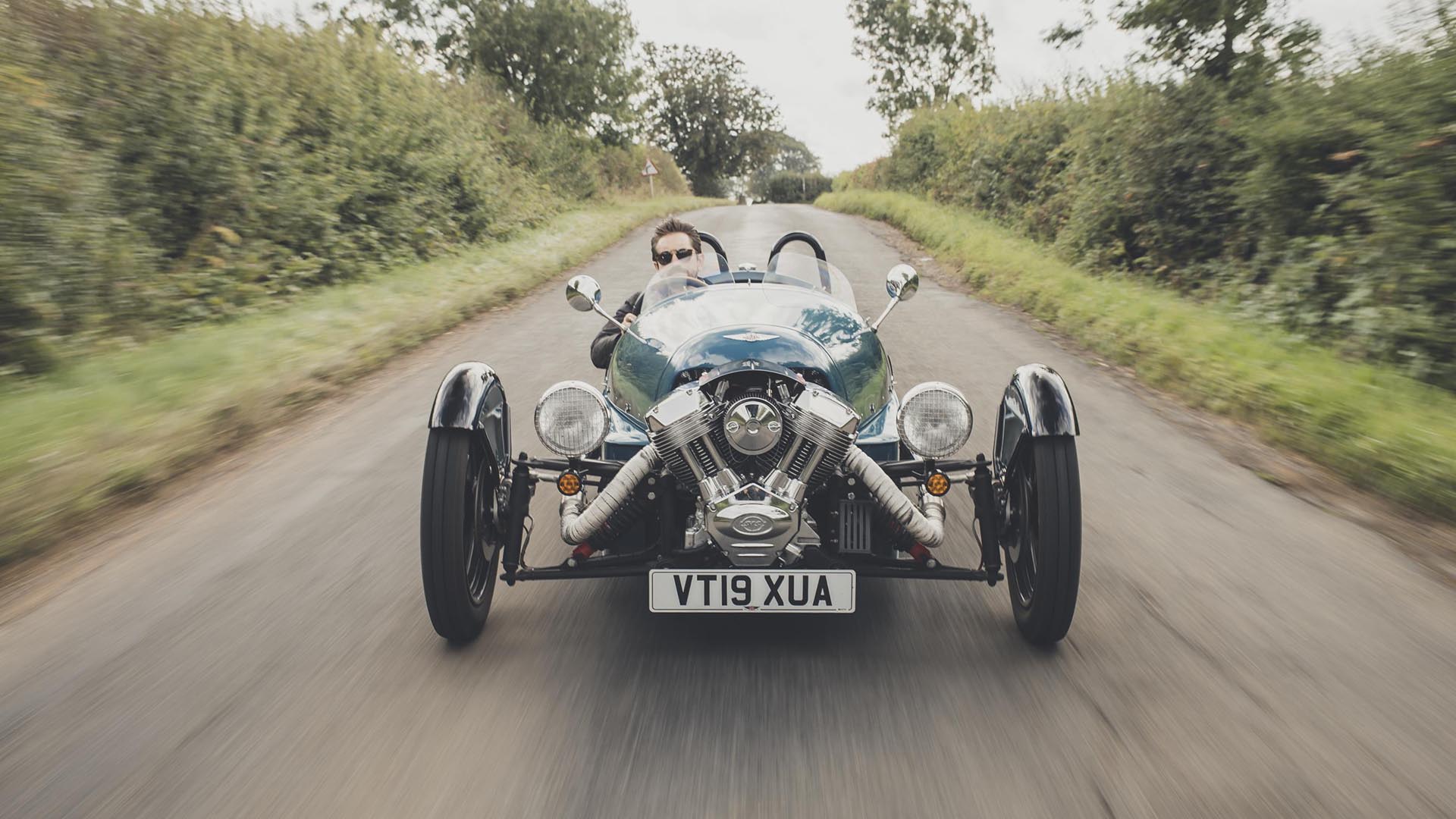 A full windscreen is a £320 option on the Morgan 3-Wheeler, but we reckon your money would be better spent on oversized goggles, a tweed cap and a pair of driving gloves. 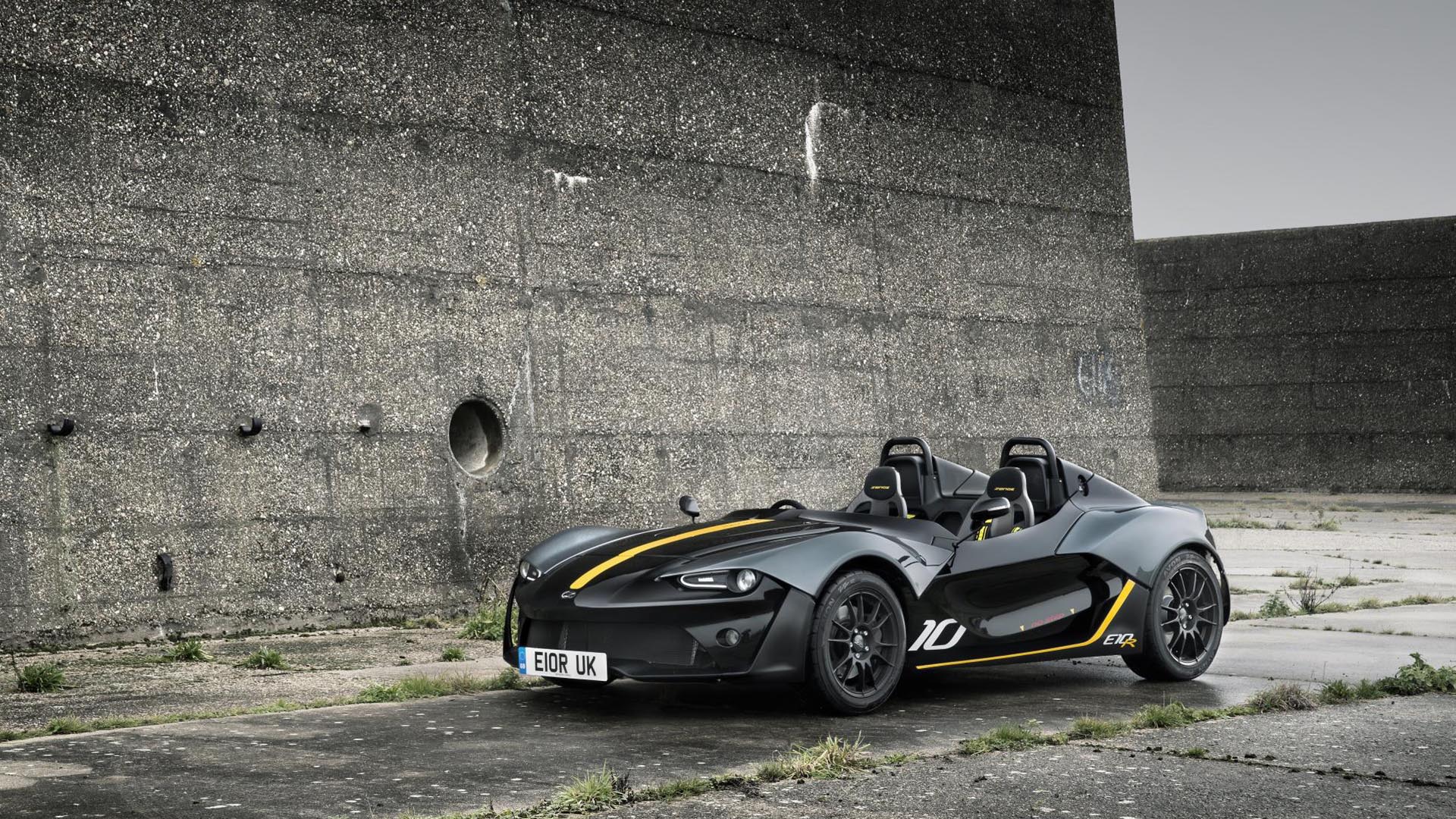 The Zenos E10 R weighs just 700kg and can hit 62mph in just 3.0 seconds. It’s the best and most thrilling Zenos you can buy. As you can see, there’s no windscreen, but you can order an optional weather pack. It comprises a heated windscreen, wipers, a ‘get home’ storage hood and a storm cap. The price for this pack: £2,295. 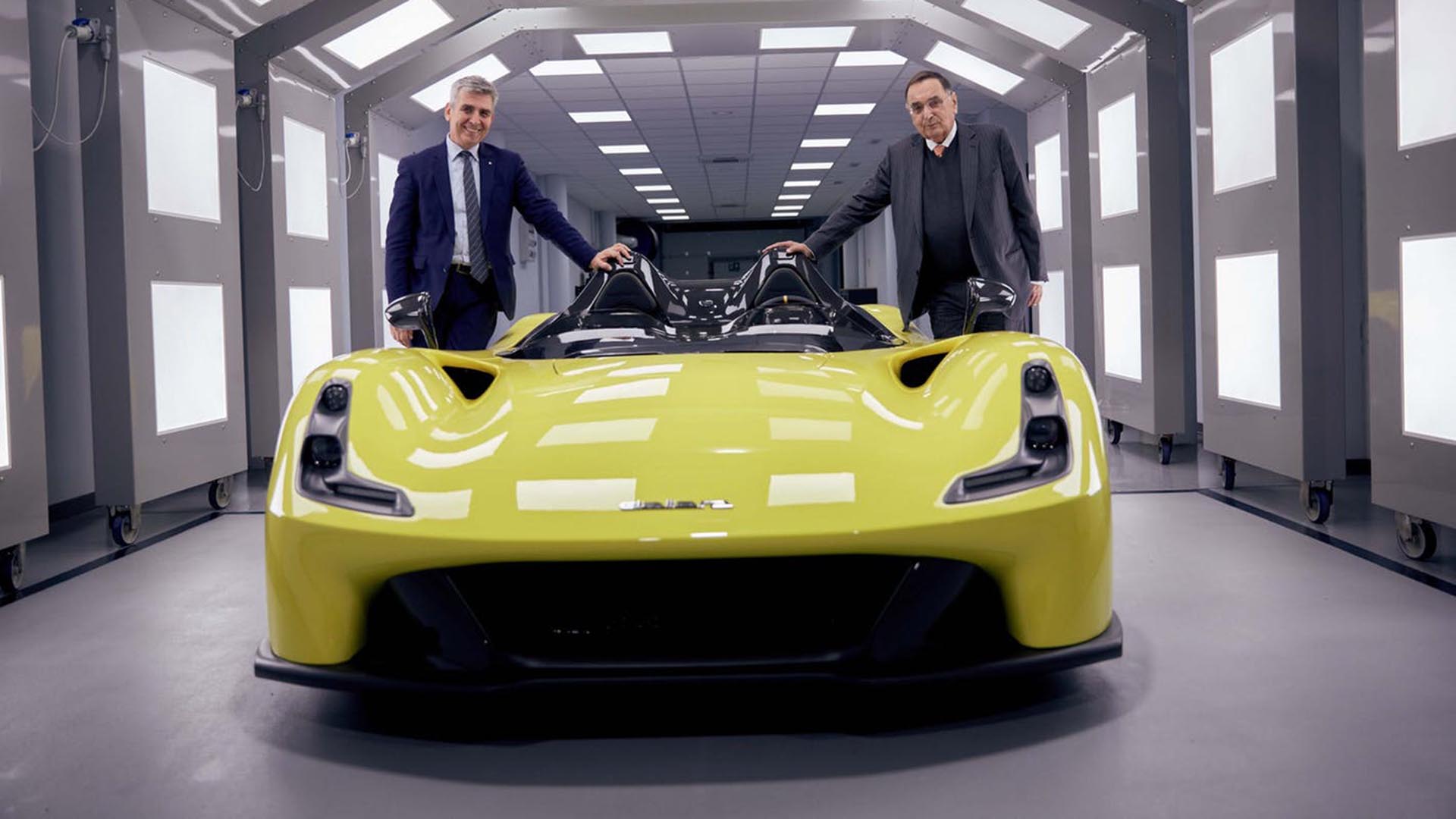 A race car for the road is an overused cliche, but in the case of the Dallara Stradale, it’s perfectly apt. Dallara’s core business is building race cars, so when it builds a street-legal car – hence the Stradale name – people take notice. By all accounts, it’s a very special car, which, thanks to the optional windscreen, is perfectly acceptable for use on the road. However, as this gallery proves, some cars work best without a windscreen. Or maybe we’re just suckers for punishment.

Emergency refuge areas are a safe haven for stranded vehicles on busy smart motorways – but many motorists don’t know what they are or how to use them.
Read more
Motoring ResearchWe Are Everything Motoring
Facebook
Instagram
Pinterest
Twitter
Youtube
Go to mobile version