Festival of the Unexceptional 2018: meet the unloved classics with a cult following

Photos from the 2018 Festival of the Unexceptional at Stowe House, near Silverstone – from an original Invacar to a Datsun Cherry estate 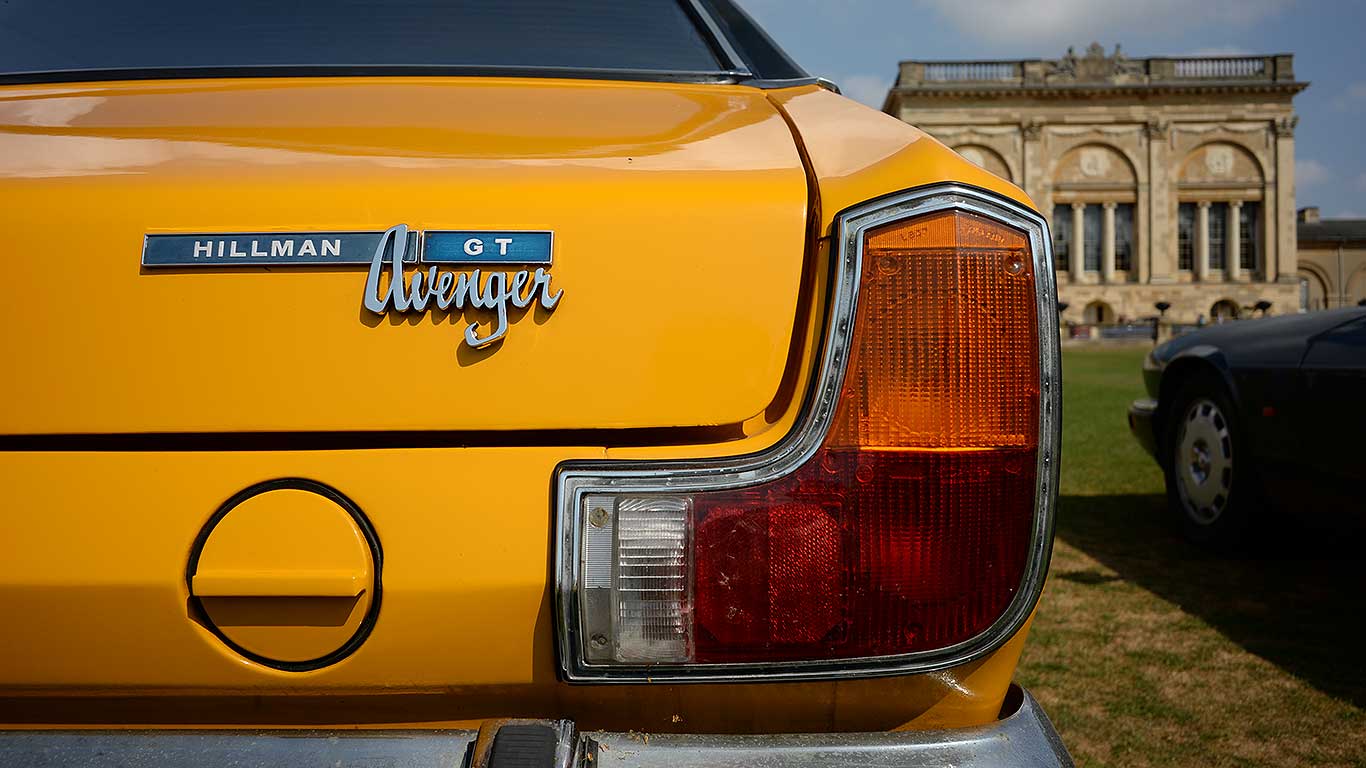 Forget the Goodwood Festival of Speed or England’s third place playoff match against Belgium, because Stowe House was the only place to be on Saturday. The grand setting played host to the Festival of the Unexceptional, a celebration of everyday classics, the mundane and the oft-forgotten. We grabbed our Instamatic camera to bring you the best photos from the extravaganza of the ordinary. 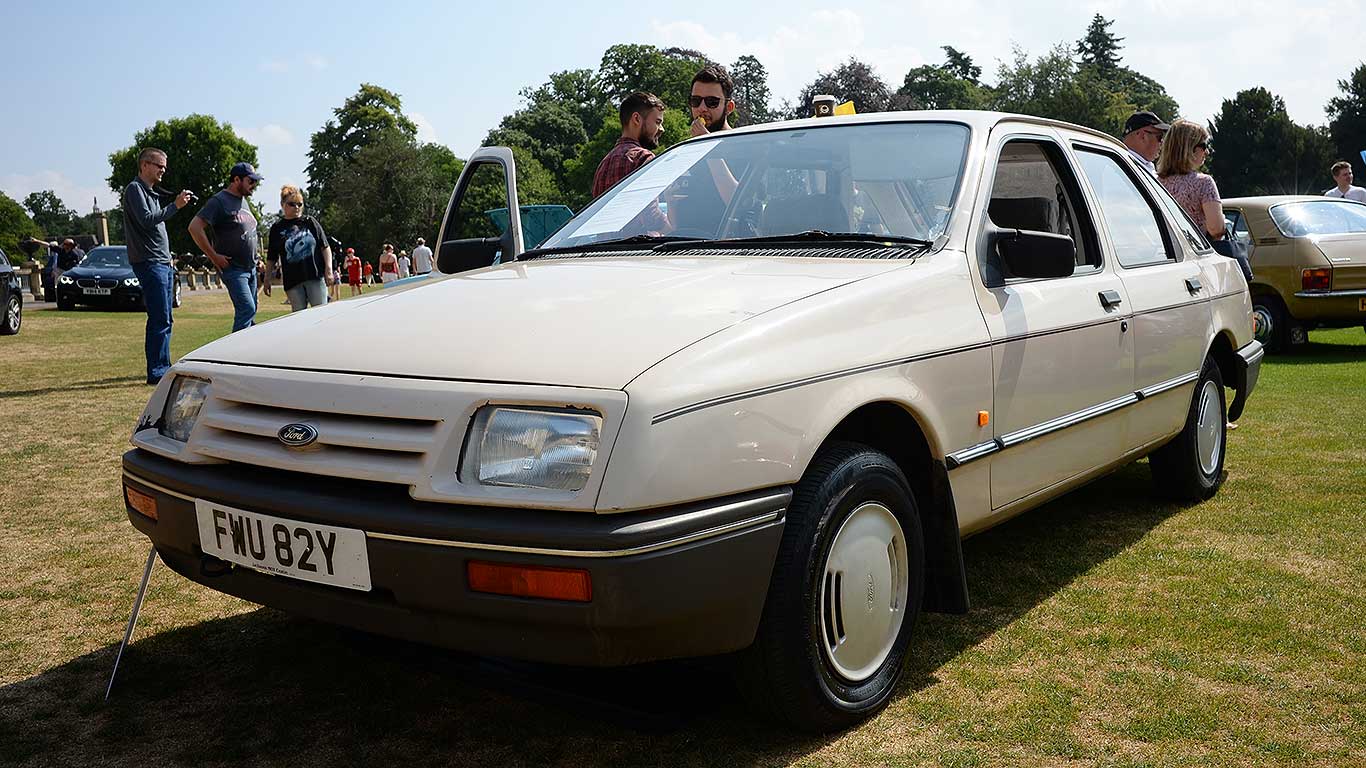 Once upon a time, the Ford Sierra was a familiar sight of Britain’s roads, but while your father yearned for a Ghia or XR4i, he probably had to ‘make do’ with something a little more mundane, like a beige 1.6 GL. This Sierra has survived scrappage schemes, the lure of a PCP deal and the British weather, and is, in our humble opinion, as exciting as anything on show at the Duke of Richmond’s garden party. 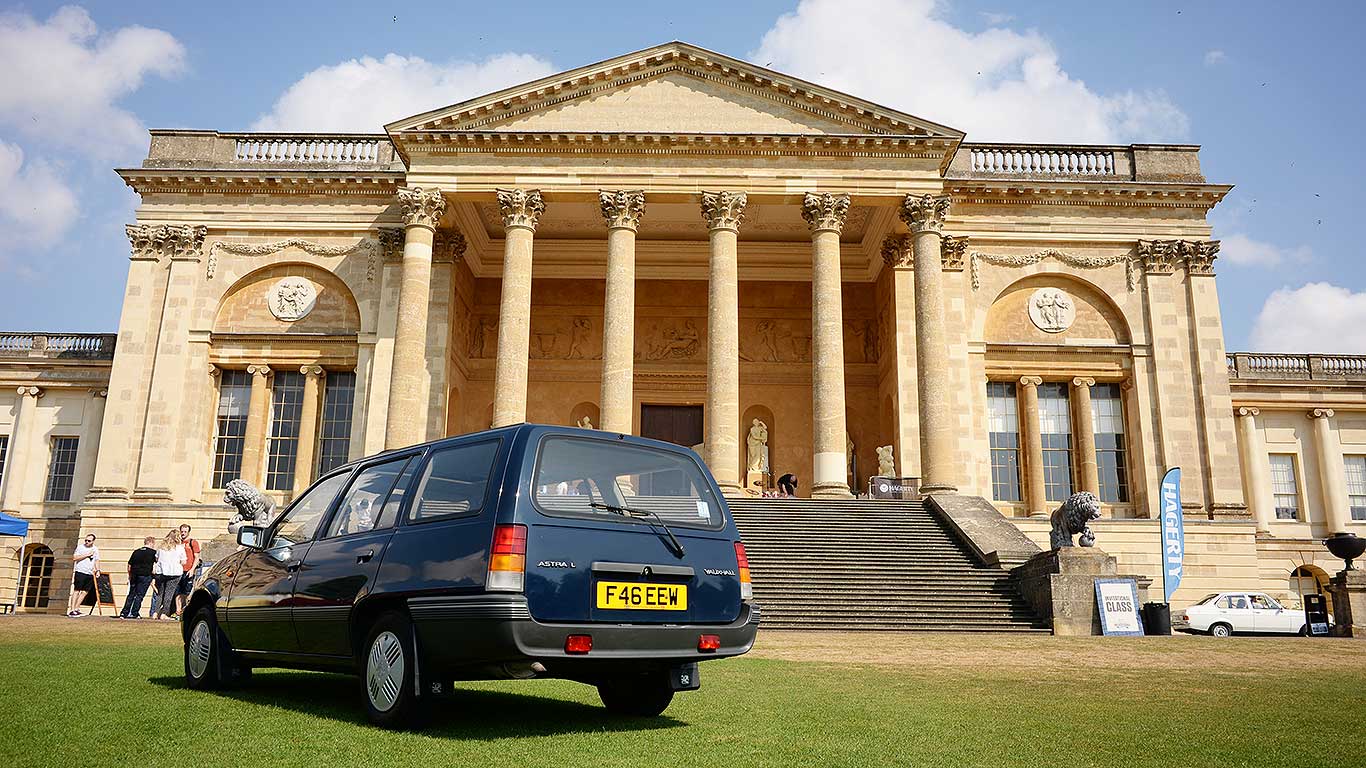 Today, this Vauxhall Astra 1.3 L Estate looks to the manor born, which shows how much has changed in three decades. When new in 1989, it wouldn’t have been allowed this close to Stowe House unless it was carrying Gary the window cleaner or Brian the gardener. 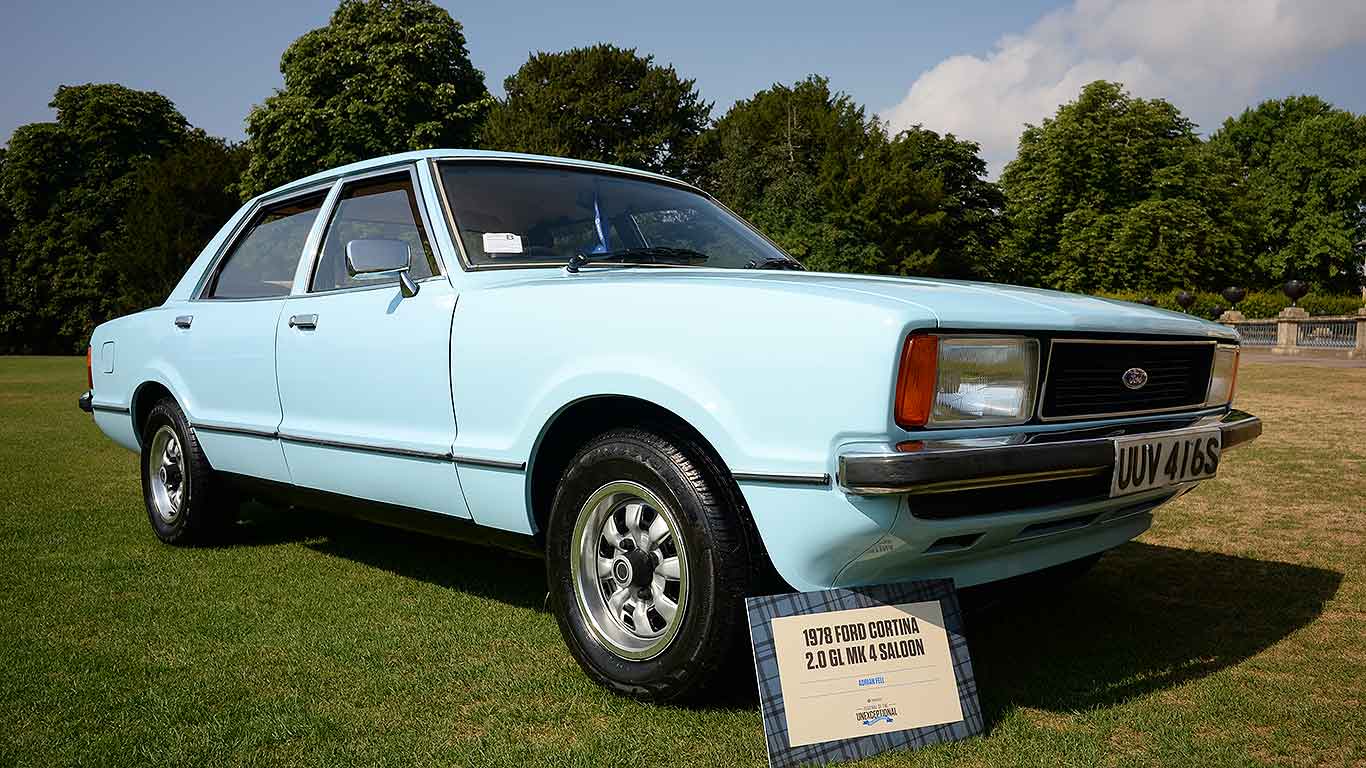 The Cortina was destined to be called the Consul 325, but Ford bosses decided its family saloon needed a more aspirational and exotic name. Having ruled out Skegness, Paignton or Morecambe, Ford settled on Cortina, after the Italian ski resort and host of the 1956 Winter Olympics. 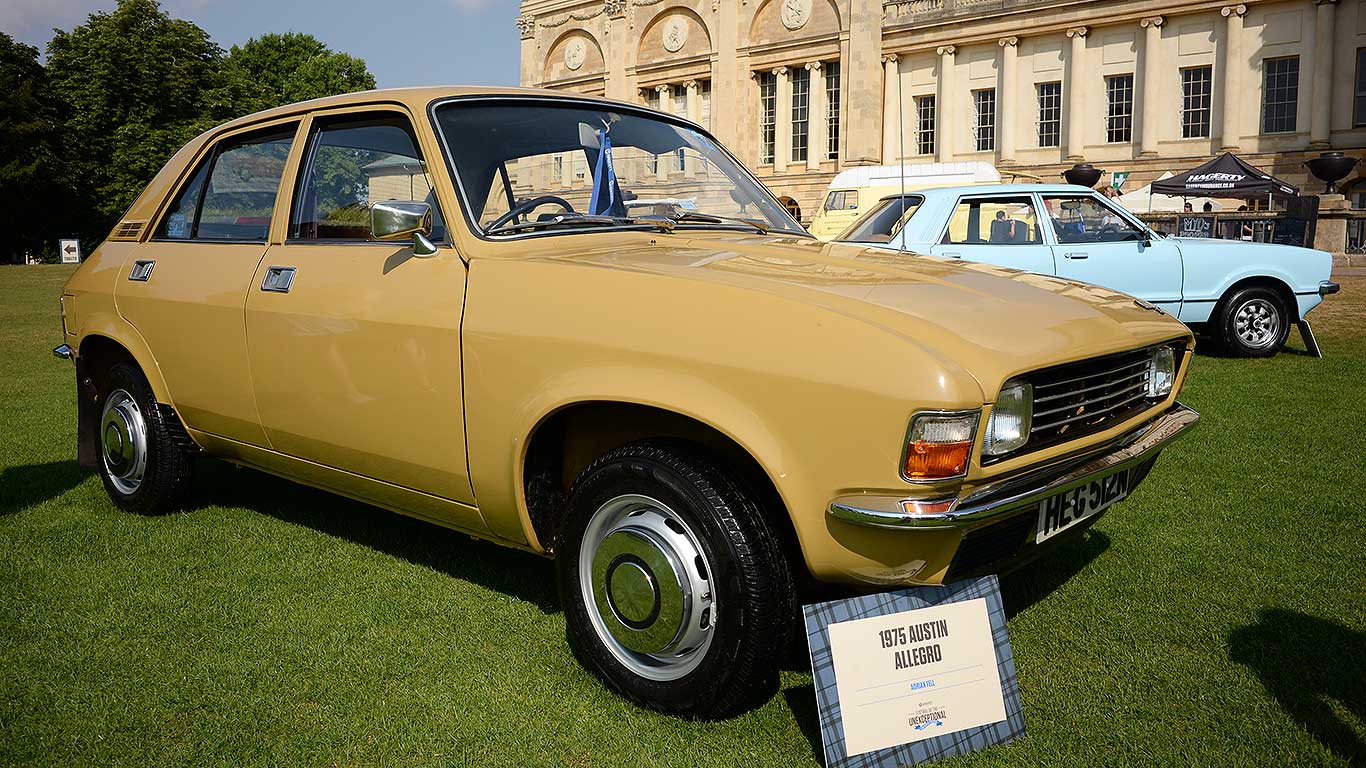 What could be more unexceptional than the Austin Allegro, the car often cited as representing all that was wrong with the British car industry? “It’s easy to like the Austin Allegro just for its looks,” proclaimed the press ad at its launch in 1973. You can decide if the ad man was speaking the truth. 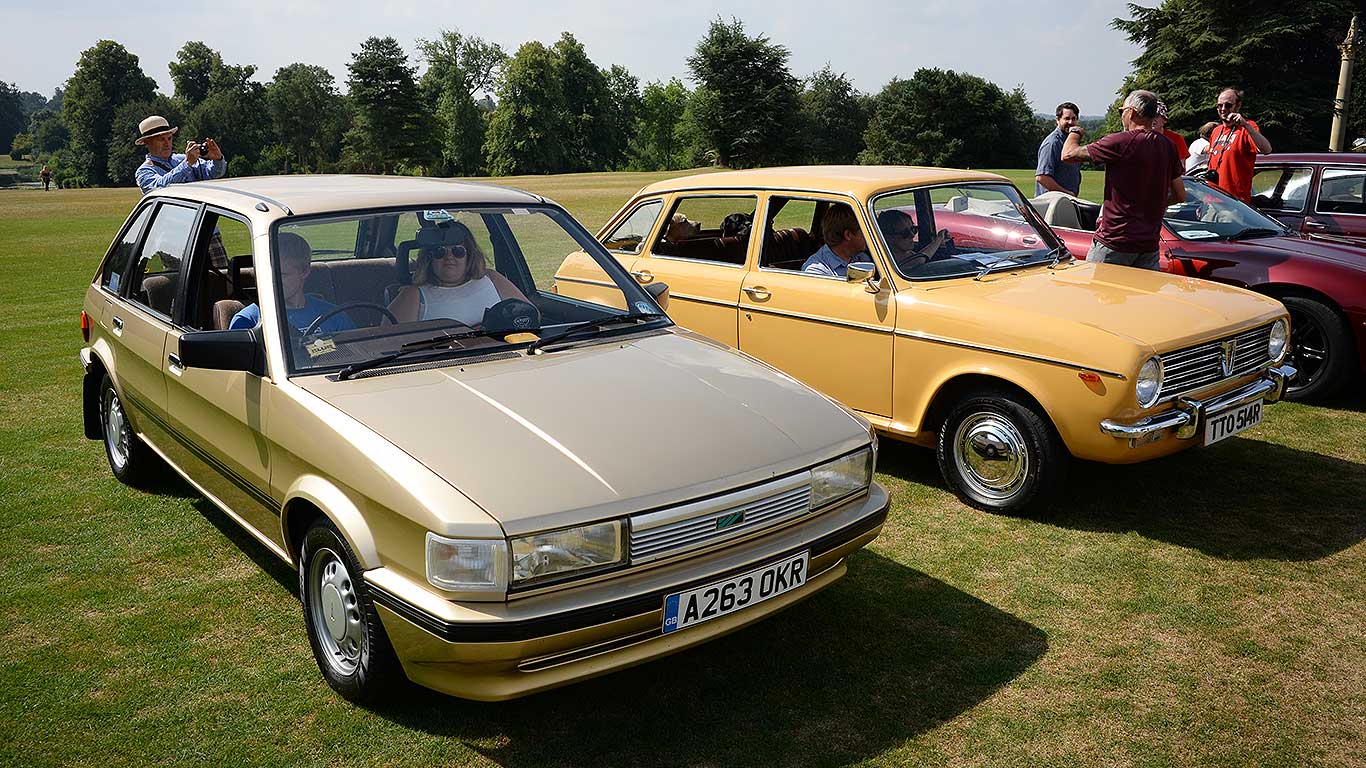 Left or right? Given the choice, would you prefer to travel home from Stowe in an Austin Maestro or an Austin Maxi. Waiting for the bus is not an option. For what it’s worth, we’d be happy in either. 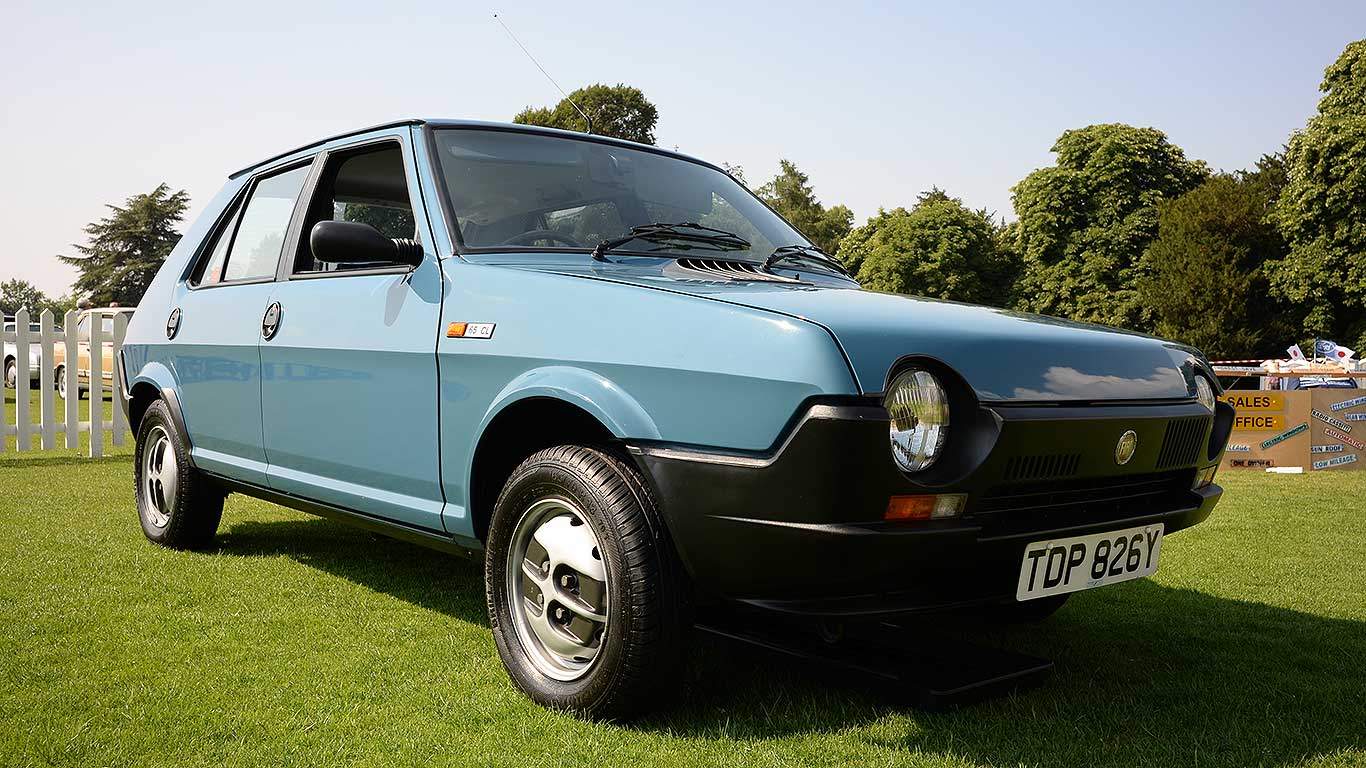 Now for something a little more exotic. The Fiat Strada – or Ritmo in its domestic market – is known for being the subject of one of the famous car adverts of all time. The ‘Handbuilt by Robots’ advert was set to the rousing soundtrack of Rossini’s Figaro and once filled an entire News at Ten ad break. According to Campaign, upon arrival in Turin, the production team were met by workers protesting about losing their jobs… to robots. 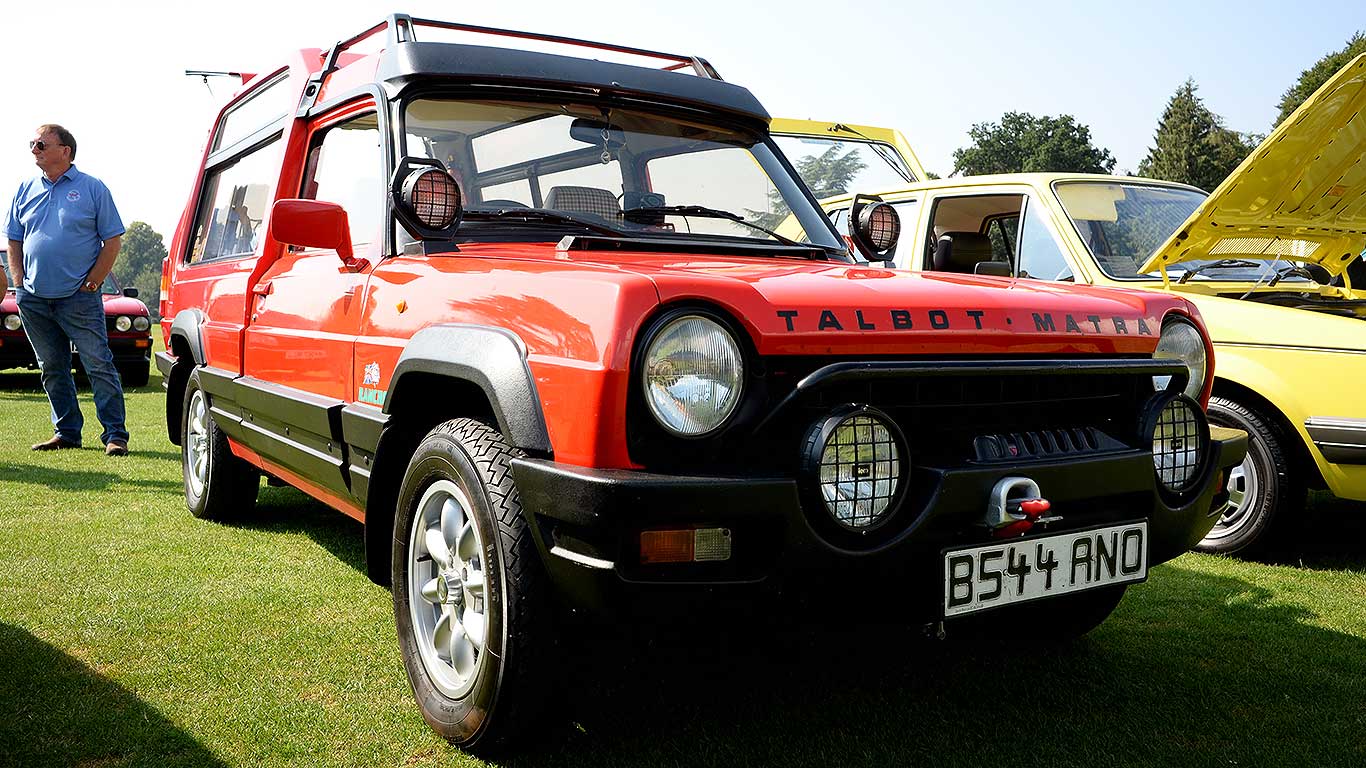 Ahead of its time in so many ways, the Matra Rancho was a ‘lifestyle’ vehicle before marketing people had cottoned on to the fact that people might use their cars for more than just commuting, shopping, school runs and family holidays. It looked like a pre-Discovery Discovery, but the front-wheel-drive Rancho offered little in the way of off-road ability. Cool thing. 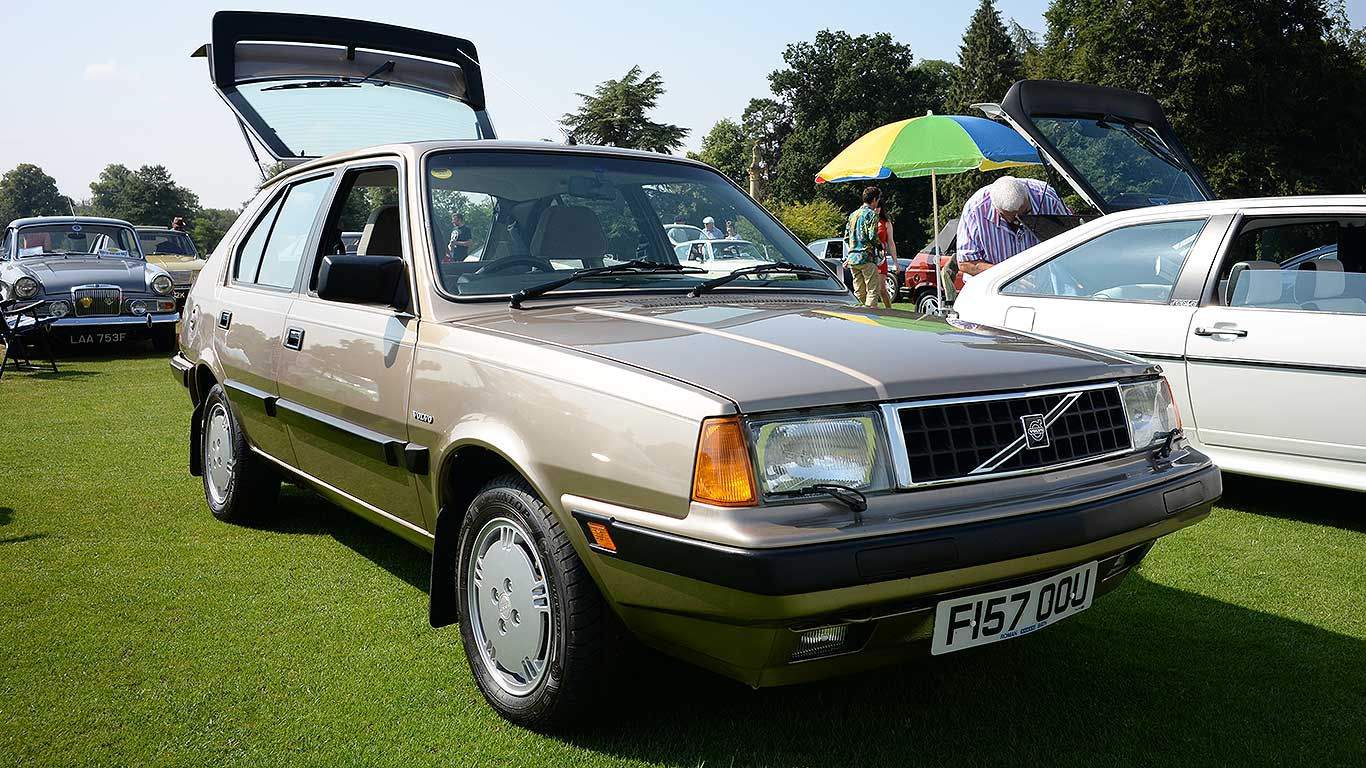 Give yourself 1,000 I-Spy points for spotting a Volvo 360 away from its natural territory of a garden centre or a lawn bowls car park. The 360 was introduced in 1982 and featured a more powerful 2.0-litre engine, which enabled owners to reach the garden centre in record time. You can’t be late for those two-for-one flapjack deals in the tea shop. 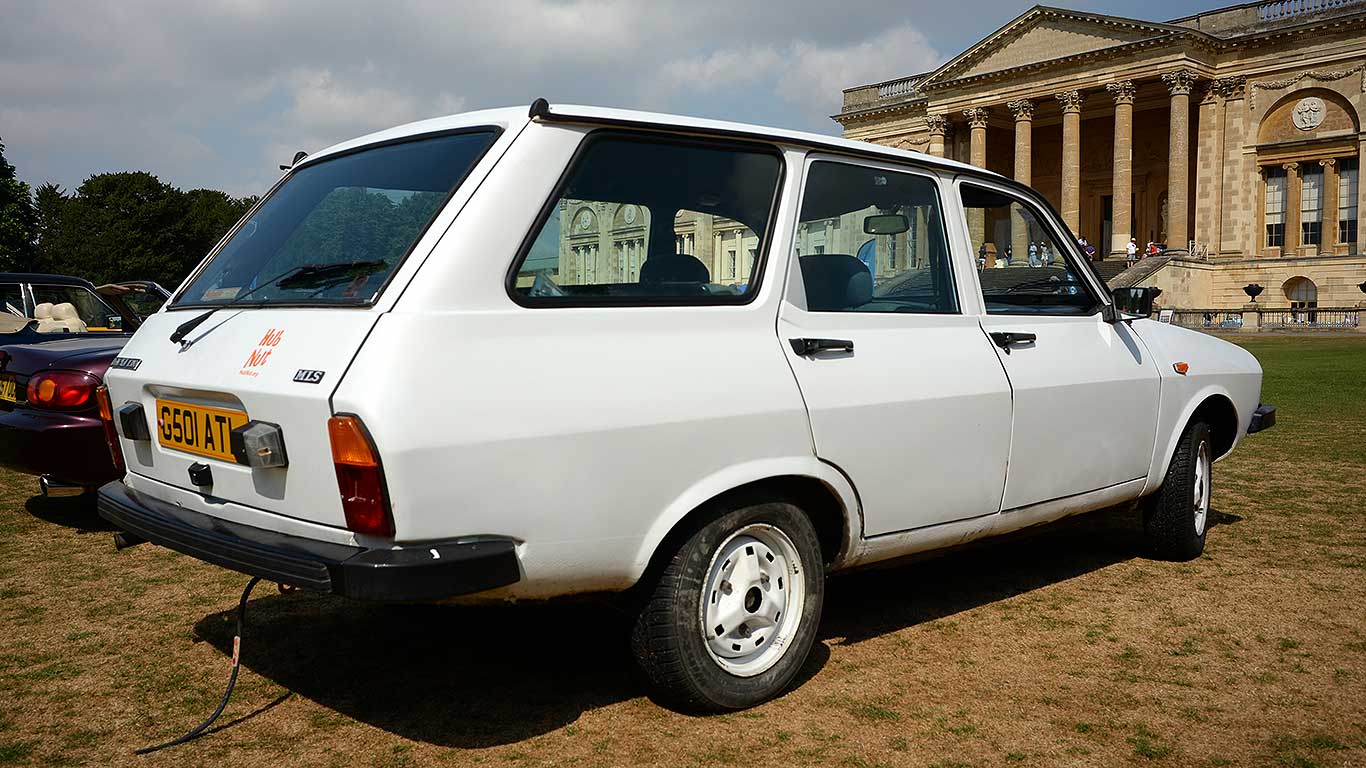 This is Ian ‘Hubnut’ Seabrook’s Dacia 1310, a recent import from Romania. Ian chronicled the journey home on YouTube, and the adventure is far more exciting than a supercar driving past a wall in Sussex. Probably. 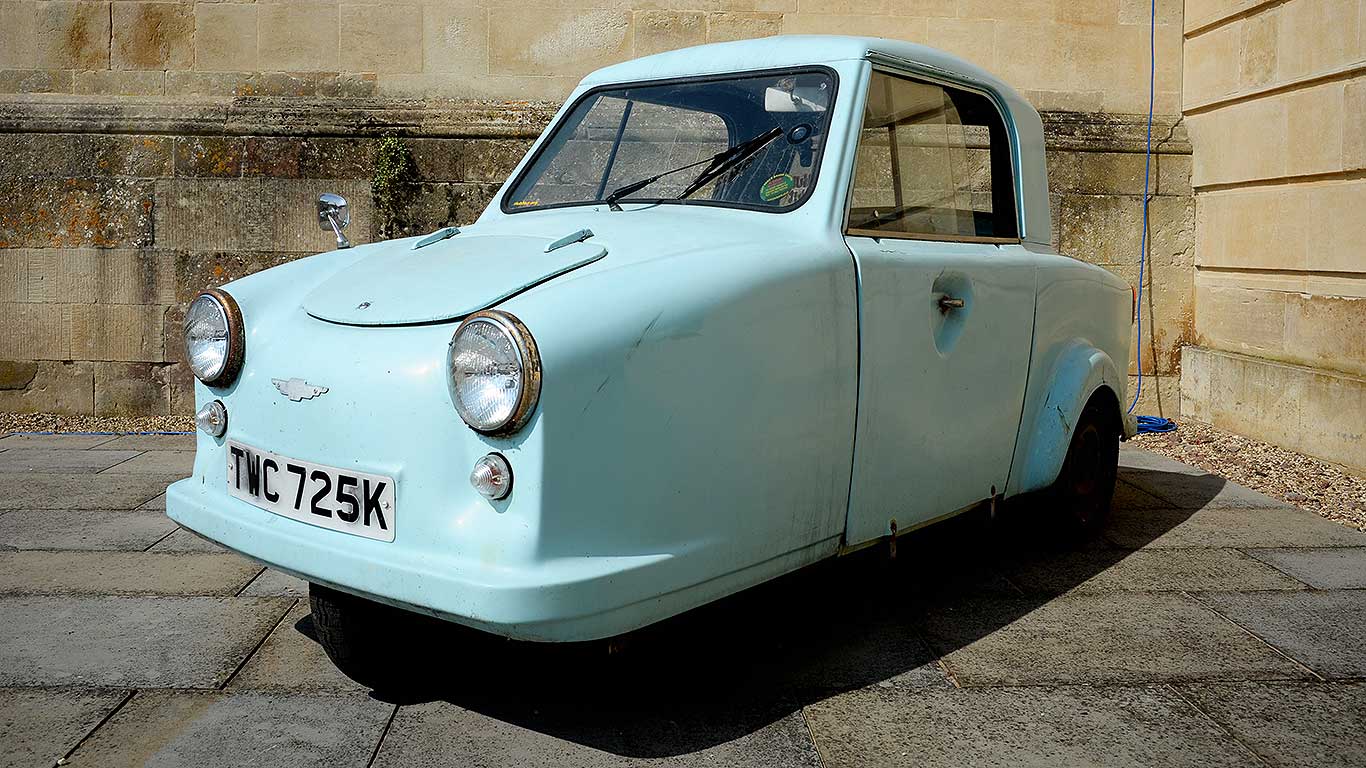 This is one of Ian’s other cars: an Invacar. Again, you can catch up on the restoration job via HubNut’s YouTube channel. One day, we hope to see Ian invited to tackle the Goodwood hill in the Invacar. We hear Nick Heidfeld is a tad worried that his record might be broken. 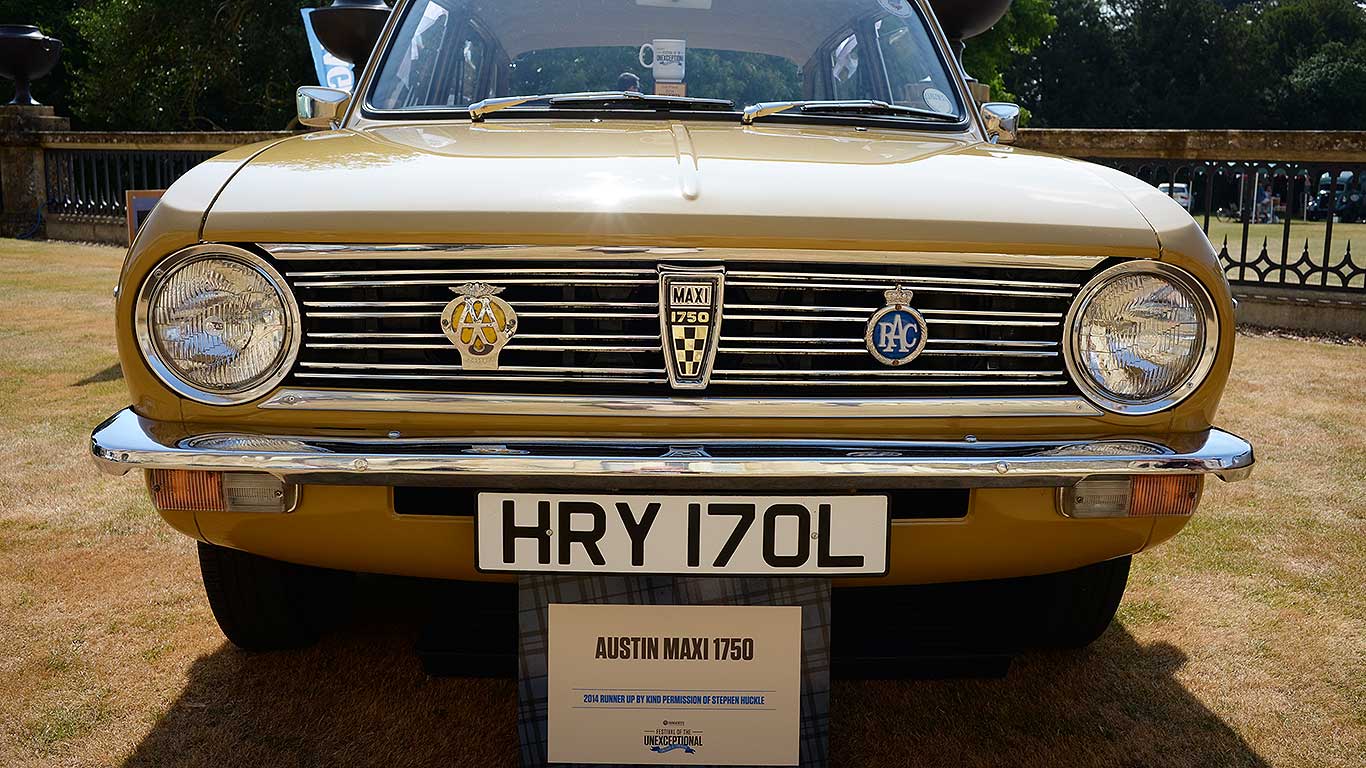 AA and RAC badges present and correct, because you can never have enough breakdown cover. In fairness, the Austin Maxi comes in for some unfair stick, but this was a genuinely innovative and spacious family car. Sadly, it was let down by poor build quality and a lack of investment. 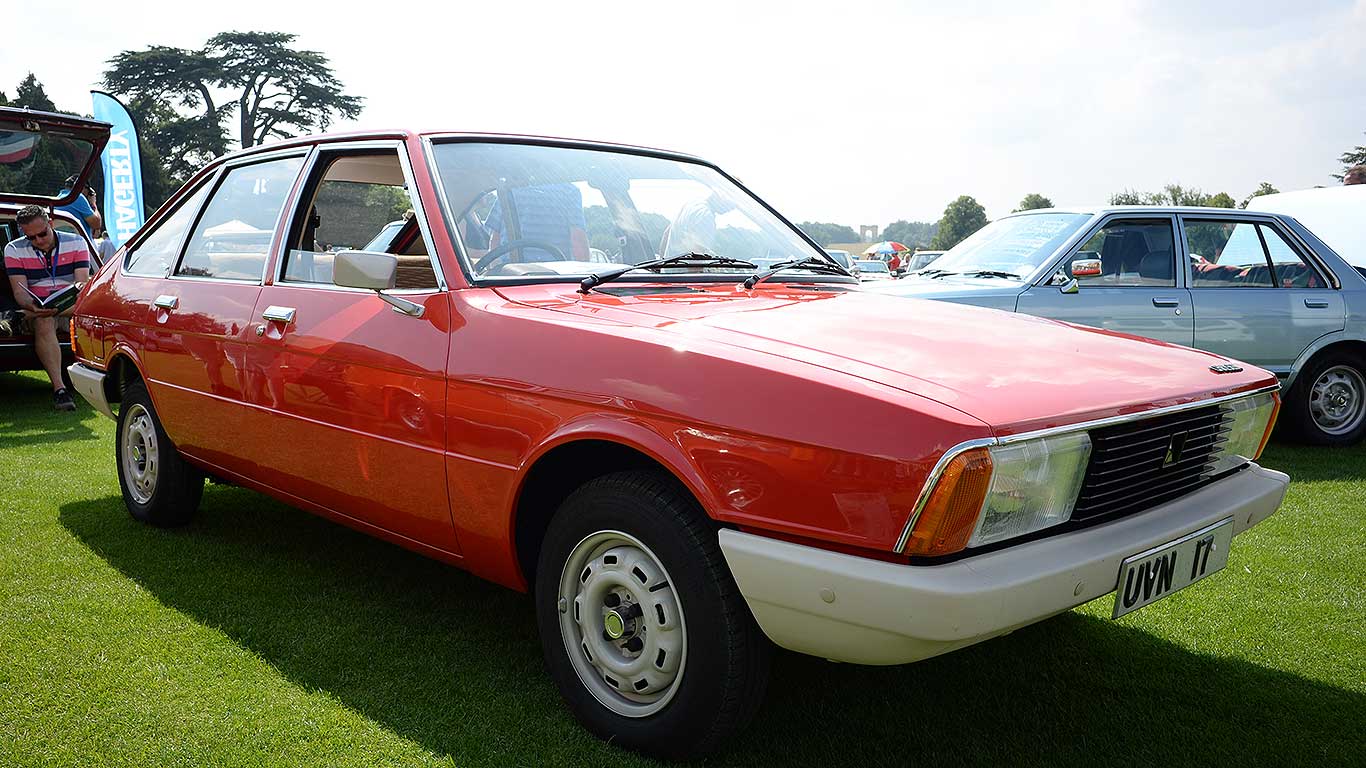 Good enough to be named European Car of the Year in 1976, and yet the Chrysler Alpine – or Simca 1307 – has been all but forgotten. Which is a shame, because the Alpine was an early pioneer of the hatchback bodystyle, offering a compelling blend of space and economy. Today, it’s as rare as many of the cars basking in the sun on the Cartier Lawn at Goodwood. 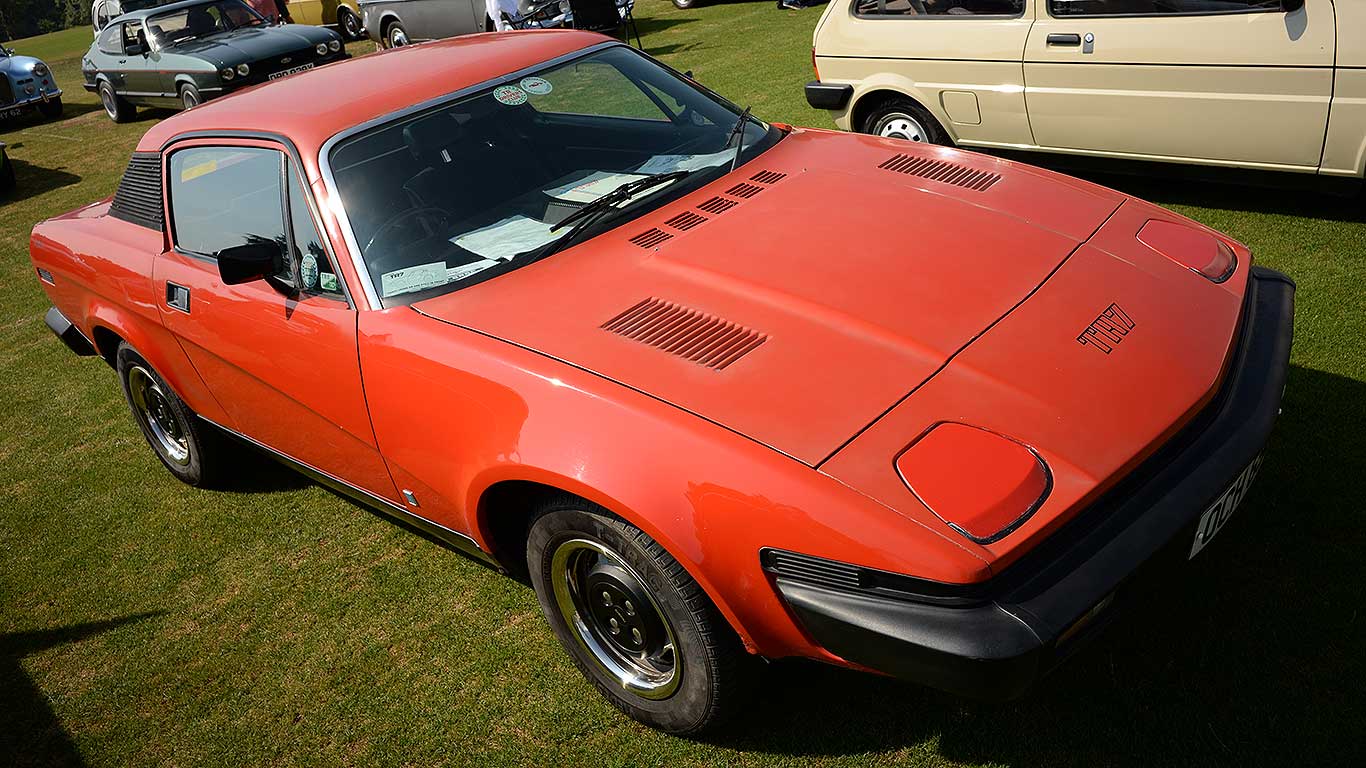 It’s a good job Giorgetto Giugiaro wasn’t at the Festival of the Unexceptional, because if he had, he’d have taken one look at this Triumph TR7, paused for a moment, wandered around to the other side, before proclaiming: “Good lord, a beige Metro.” 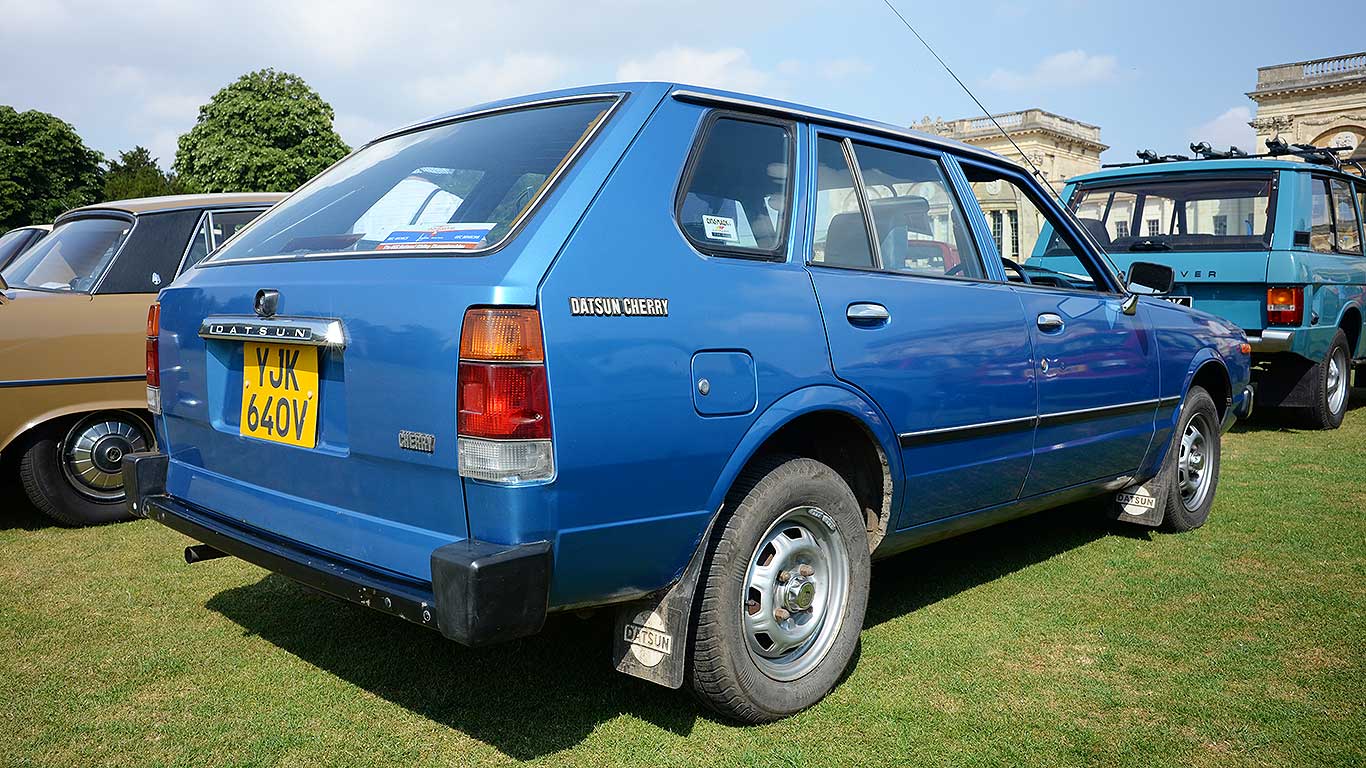 In many ways, this photo represents the turning point in the British car industry. A Range Rover and Rover P6 – two of Britain’s greatest cars of the era – flanking a Datsun Cherry, one of the first of new wave of Japanese cars to hit these shores. The subject of derision when new, motorists loved the fact that, unlike many of the British cars of the day, a Japanese car would start in the morning and would almost certainly reach its destination. 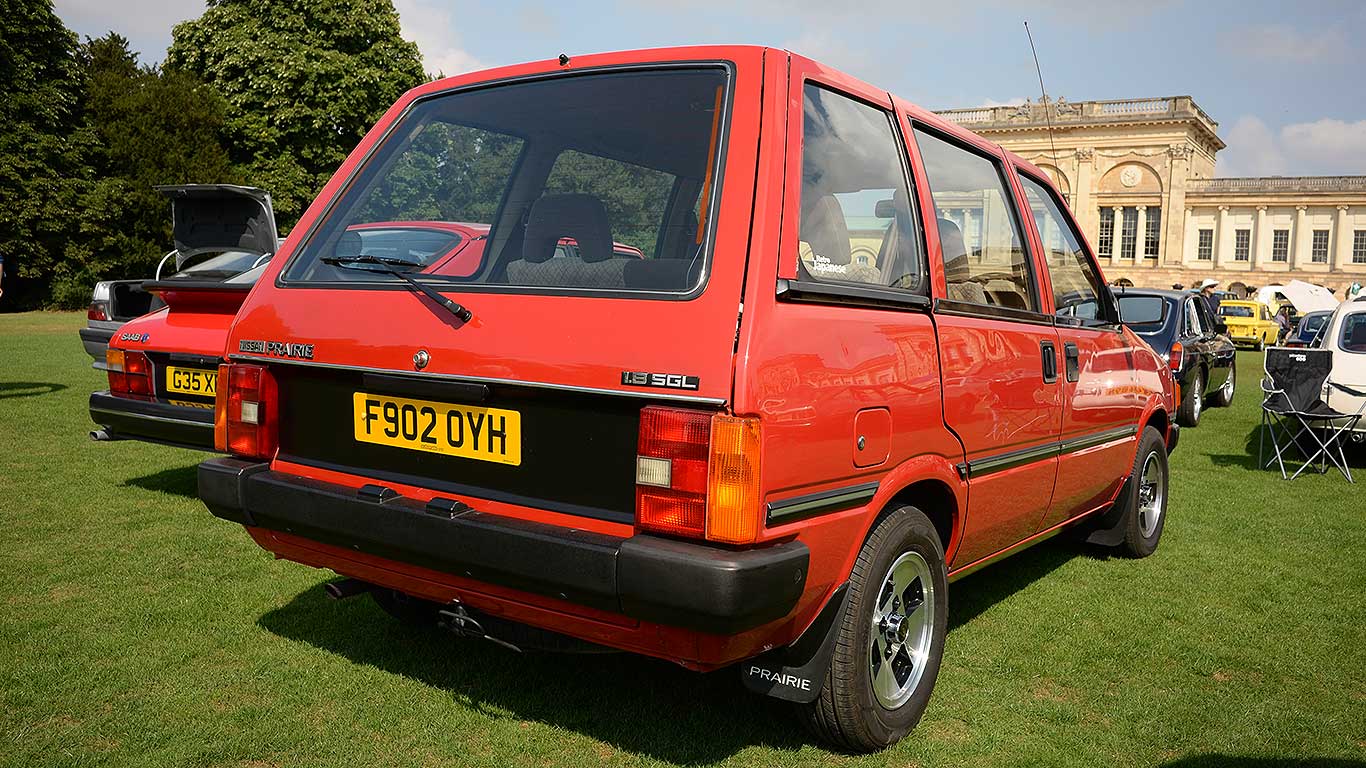 The Chrysler Minivan and Renault Espace are credited with kickstarting the rise of the MPV, but the Nissan Prairie was there at the start. Indeed, the Prairie owes much to Giugiaro’s Megagamma concept of 1978. 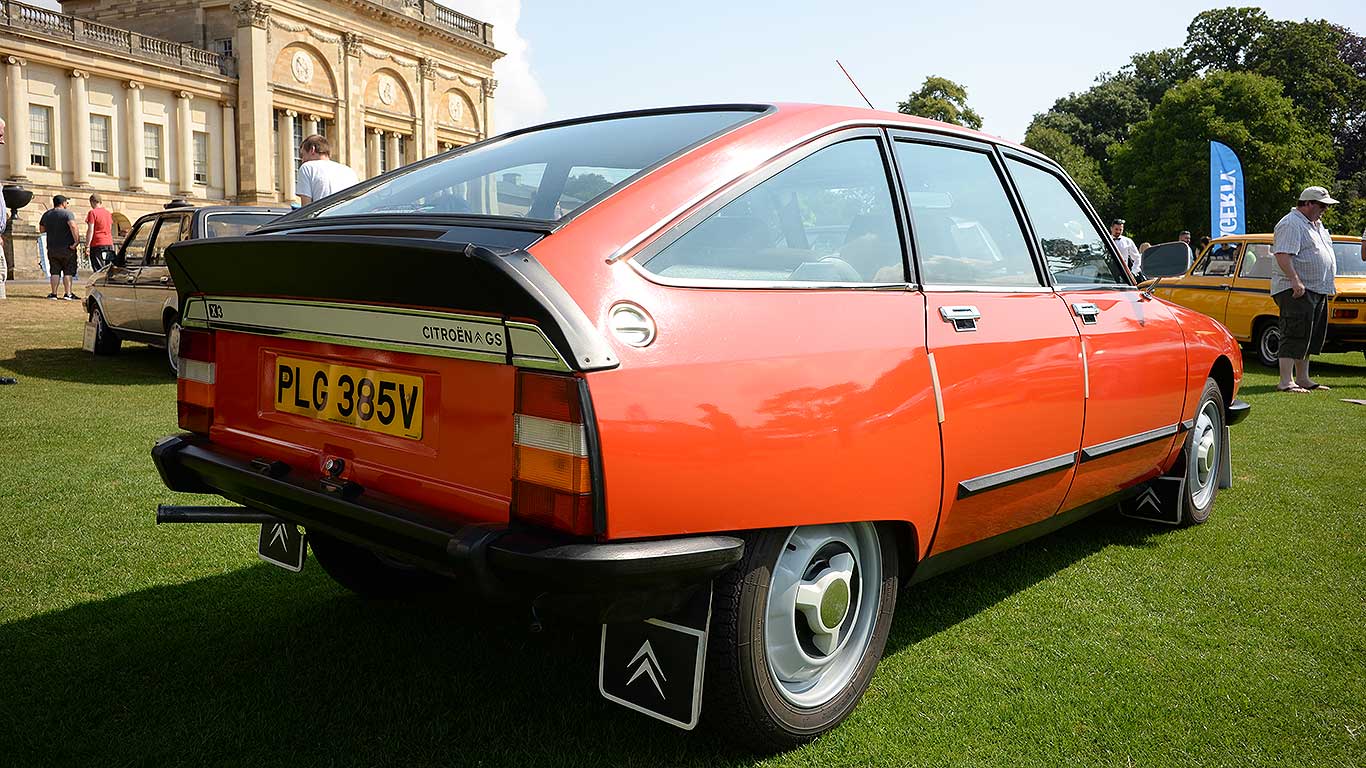 Designed to fill the gap between the 2CV and the DS, the GS delivered Citroen’s famous innovation to the masses. Launched in 1970, the GS beat the SM to the European Car of the Year award in 1971 and was, by some margin, the most technically advanced car in its segment. Buy a GS today, while it remains relatively affordable. 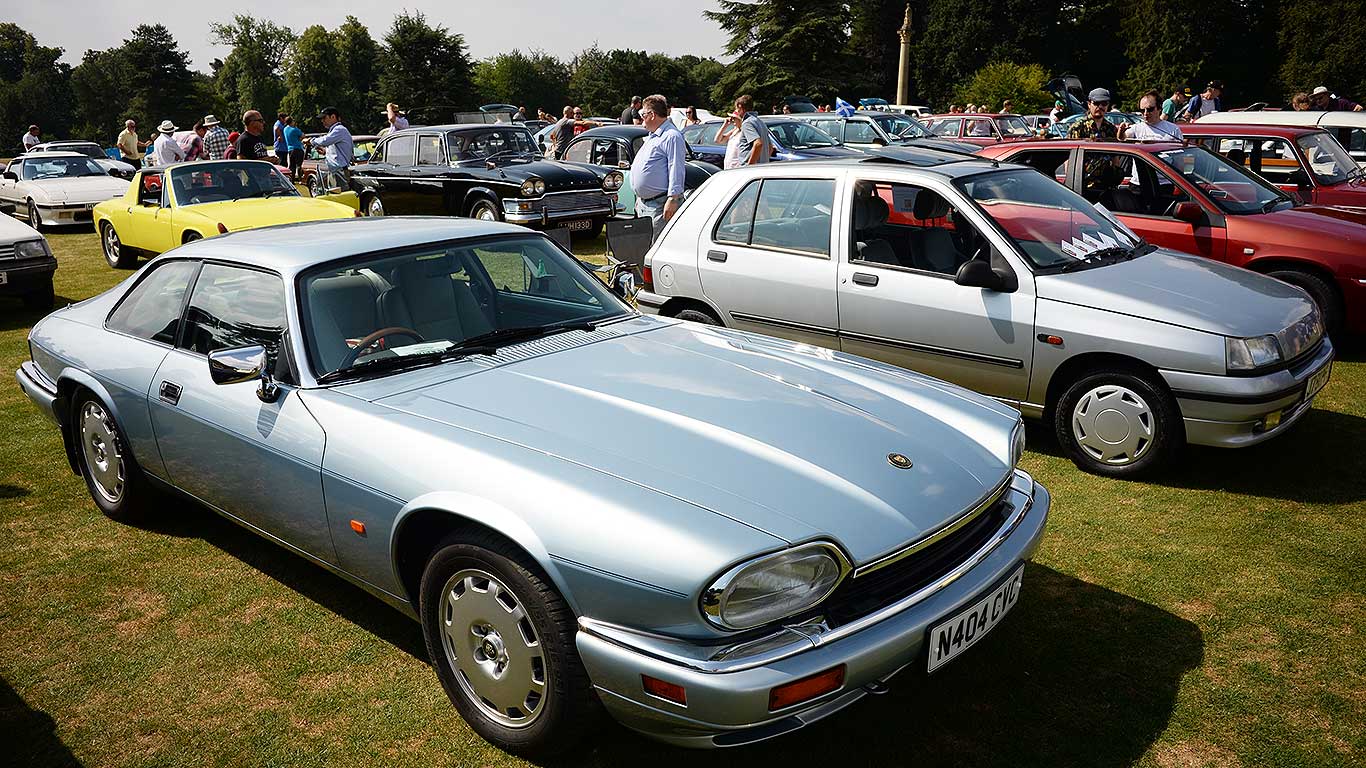 A popular, forward-thinking, neatly-packaged and good looking car. Oh, and alongside the Renault Clio you’ll find a Jaguar XJ-S. 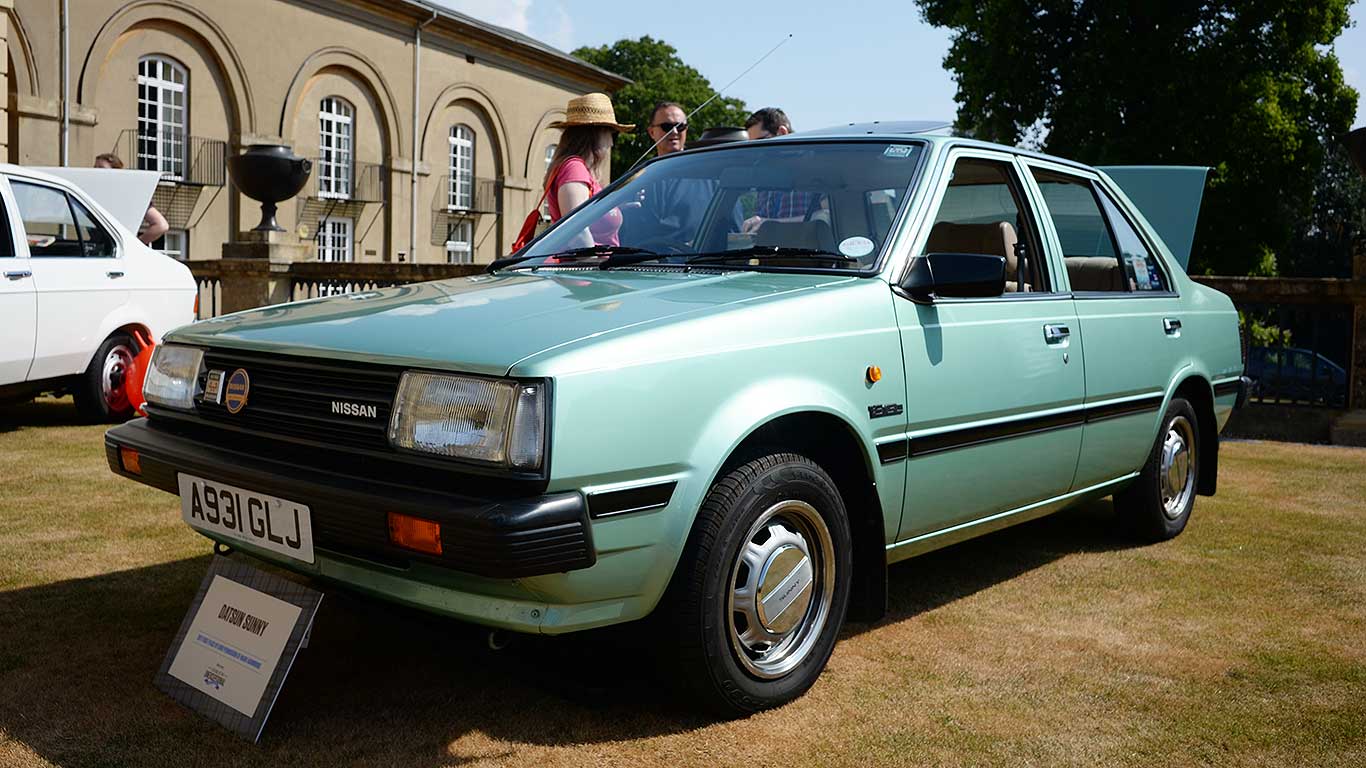 Last year, this 1983 Datsun Sunny was named the most unexceptional car at the show. Which, in the case of this event, is a good thing. 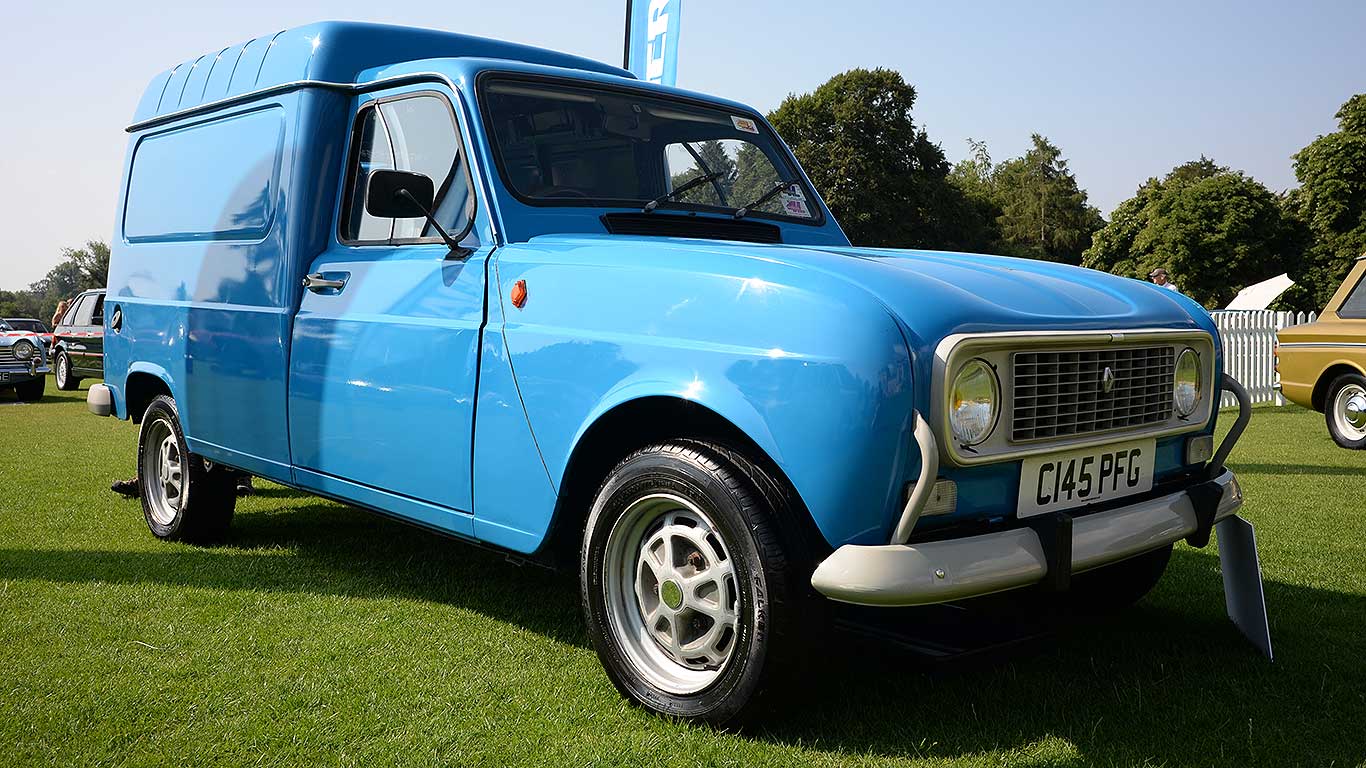 This is Lobster Diecast’s works van, which is one of our favourite cars of the show. Keep clicking for more unexceptional photos of exceptionally brilliant cars.

10 brilliant cars and their bargain alternatives

Imitation is the sincerest form of flattery, so let us guide you through a list of great cars and their cheaper alternatives
Read more

Researchers at the universities of Exeter, Nijmegen and Cambridge conclude that electric vehicles are cleaner than their petrol equivalents.
Read more

Social climbers: the most popular car brands on Instagram

Photos from A to B: we run through the car brands with millions of fans on Instagram, from Alfa Romeo to BMW
Read more

Some car companies tuck their classics away in soulless storage facilities. Not BMW. When Munich launches a new car, the ancestors are usually there...
Read more