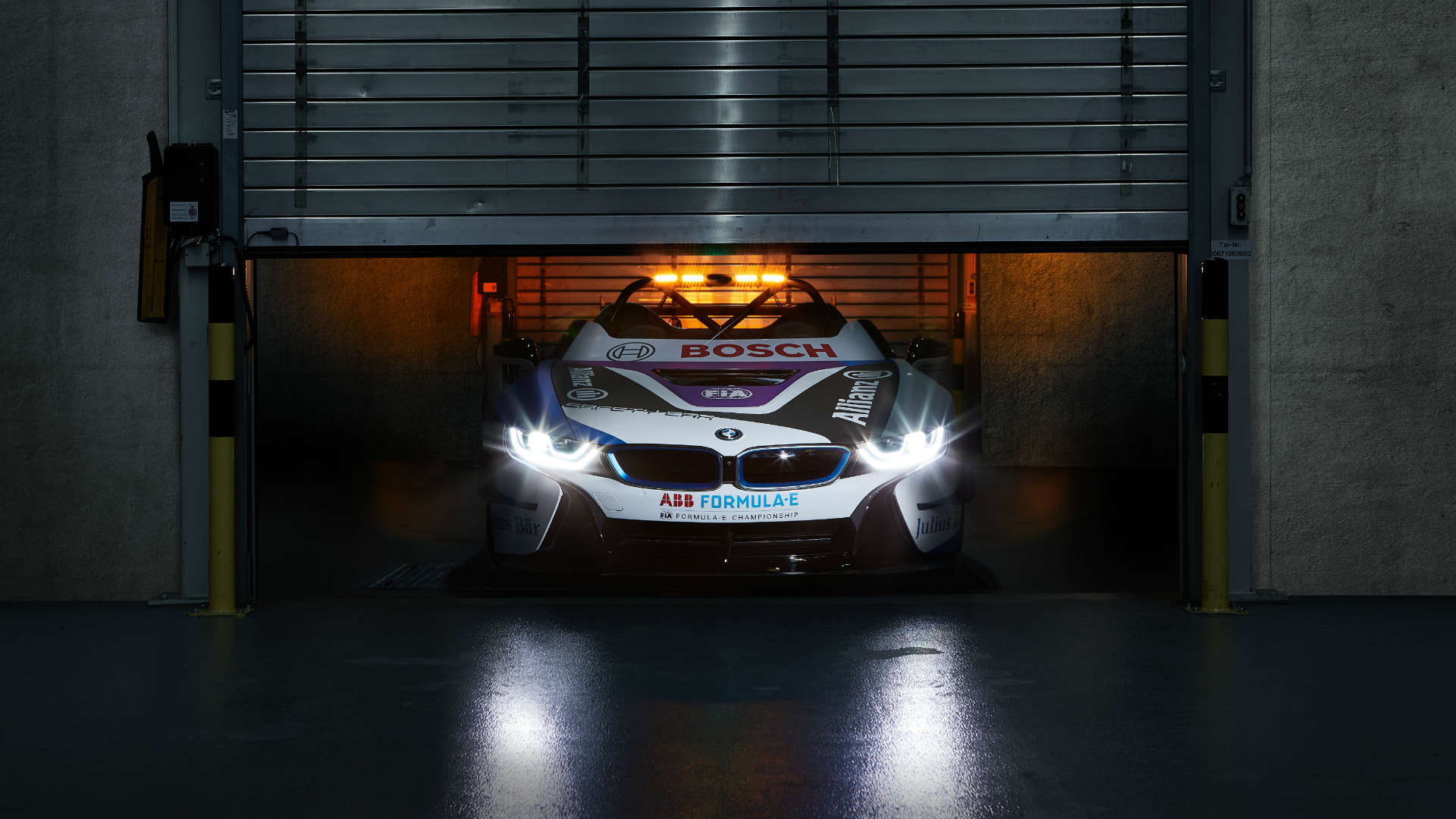 The new BMW i8 Roadster unveiled at the Monaco E-Prix for the Formula E championship is the world’s first open cockpit safety car.

BMW says no major modifications were necessary, but as is obvious from the photos, the i8 Roadster is not what you’d call stock.

For a start, the windscreen is shorter than the production model, while the rear wing creates a spectacle, even in the glamorous surroundings of Monte Carlo. 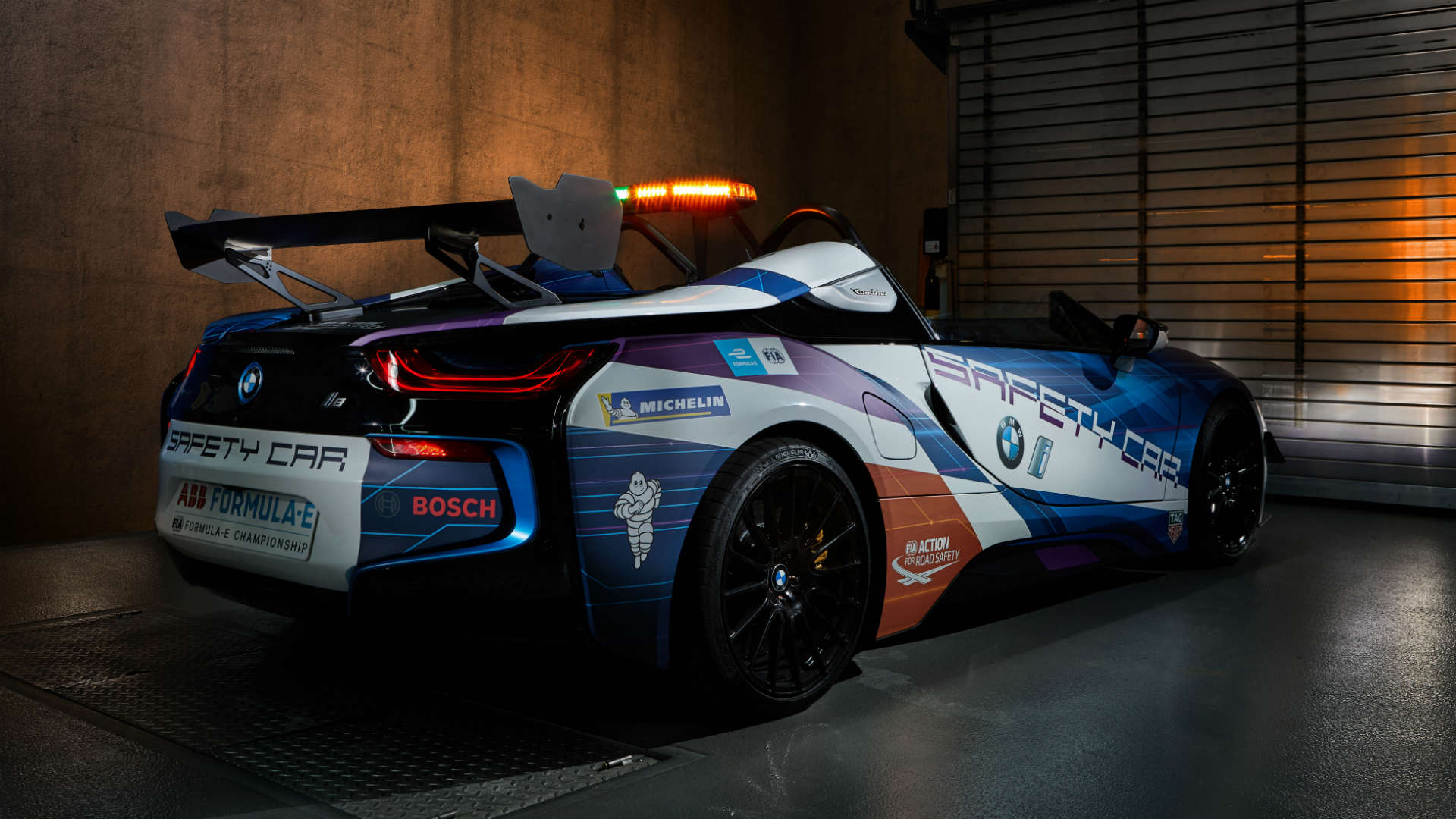 A centre of gravity 15 millimetres lower than the standard i8 Roadster, M carbon ceramic brakes, an FIA-approved roll bar and a front splitter complete the makeover, creating what BMW calls ‘the perfect basis for a safety car’.

The usual safety car kit includes a light bar above the rear wing, a communication and GPS antennas, a comms system in the cockpit, and a rear-view camera.

The overall effect is something that wouldn’t look out of place in a Hot Wheels blister pack, thanks in part to a livery that combines blue, purple, orange and green. You can decide whether or not the end result is a success. It certainly stands out, which is kind of the point of a safety car… 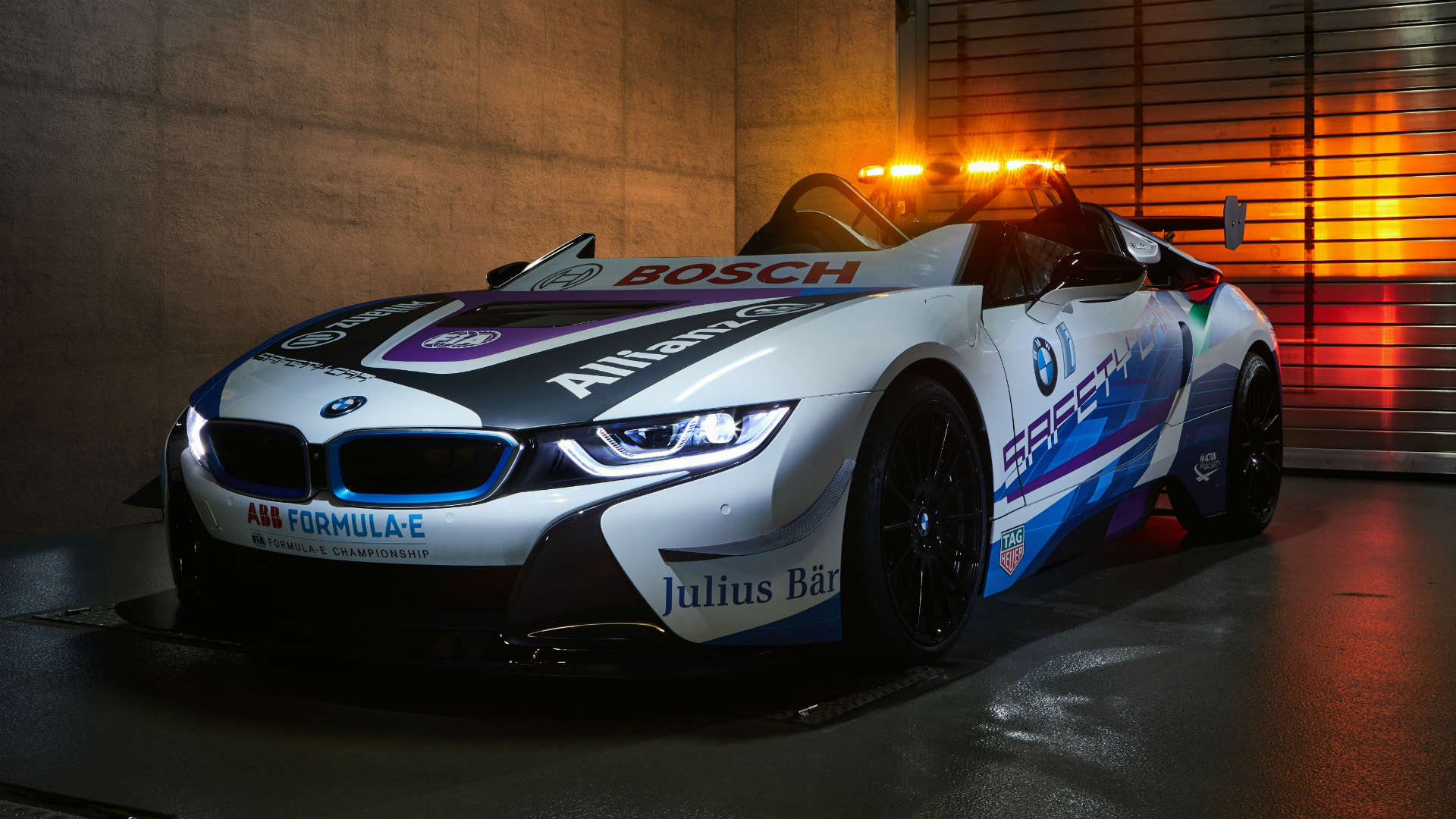 Formula E founder and CEO Alejandro Agag said: “The BMW i8 Roadster safety car has a striking design – something which differentiates it from anything we’ve seen before, and what better setting for its presentation than at the Monaco E-Prix.

“BMW has been a partner since the inaugural season, and their continued support as a vehicle partner and now as a team shows their commitment to electric mobility.”

Jean-Eric Vergne won the Monaco E-Prix and now tops the Formula E drivers’ championship. The next race takes place in Berlin on 25 May.