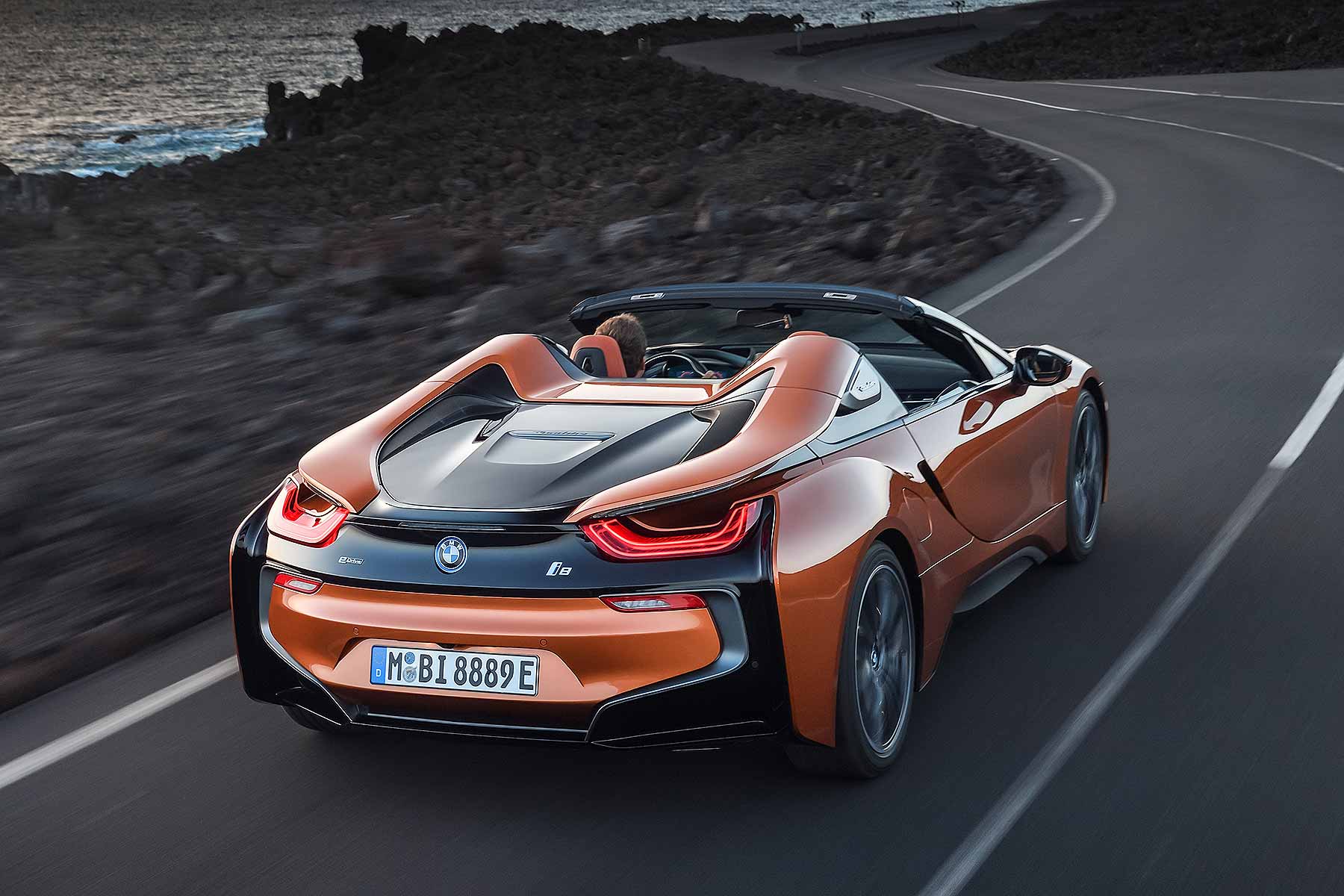 A fact we didn’t know: the i8 has been the world’s best-selling hybrid sports car since it was launched in 2014, something BMW aims to continue with the 2018 revisions. Something that benefits both Coupe and Roadster buyers is a boost to the battery; cell capacity is up, taking cross emergency capacity from 7.1kWh to 11.6kWh. This gives more energy to the motor and boosting EV power by 12hp to 143hp. 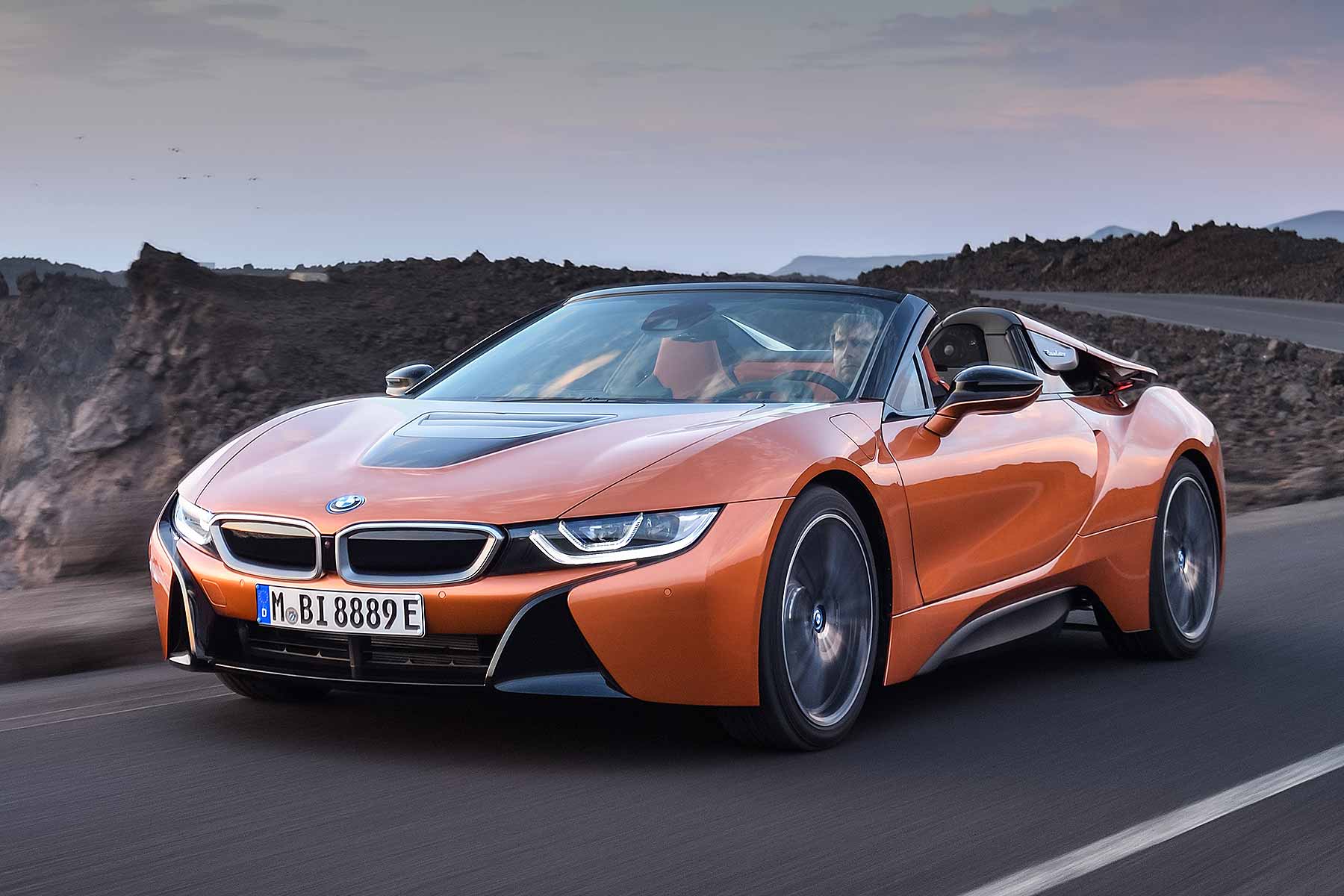 It’s thus faster, with system total power going up to 374hp for 0-62mph in 4.4 seconds with the Coupe, 4.6 seconds for the Roadster. But the EV range is greater too – now 34 miles for the i8 Coupe and 33 miles for the i8 Roadster. That’s a hefty 50 percent boost for the Coupe.

Economy? Take the official figures with a pinch of salt – 149.8mpg for the Coupe and 134.5mpg for the Roadster, with respective CO2 emissions of 42g/km and 46g/km. Instead, note BMW’s claim that fuel economy is typically 50 percent better than other sports cars with similar power…

There’s a new headlights option – ‘non-dazzling laser headlights’ with a high-beam range of 600 metres, double that of the LED headlights fitted as standard to the i8. And there’s a new pedestrian warning system: at speeds of up to 18mph, the i8 is so quiet, BMW’s been encouraged to fit an acoustic system to alert those whose heads have not already been turned.

Other upgrades include fresh infotainment systems with touchscreen functionality, BMW ConnectedDrive tech and upgrades to the electric battery’s charging tech.

BMW i8 Roadster: in detail 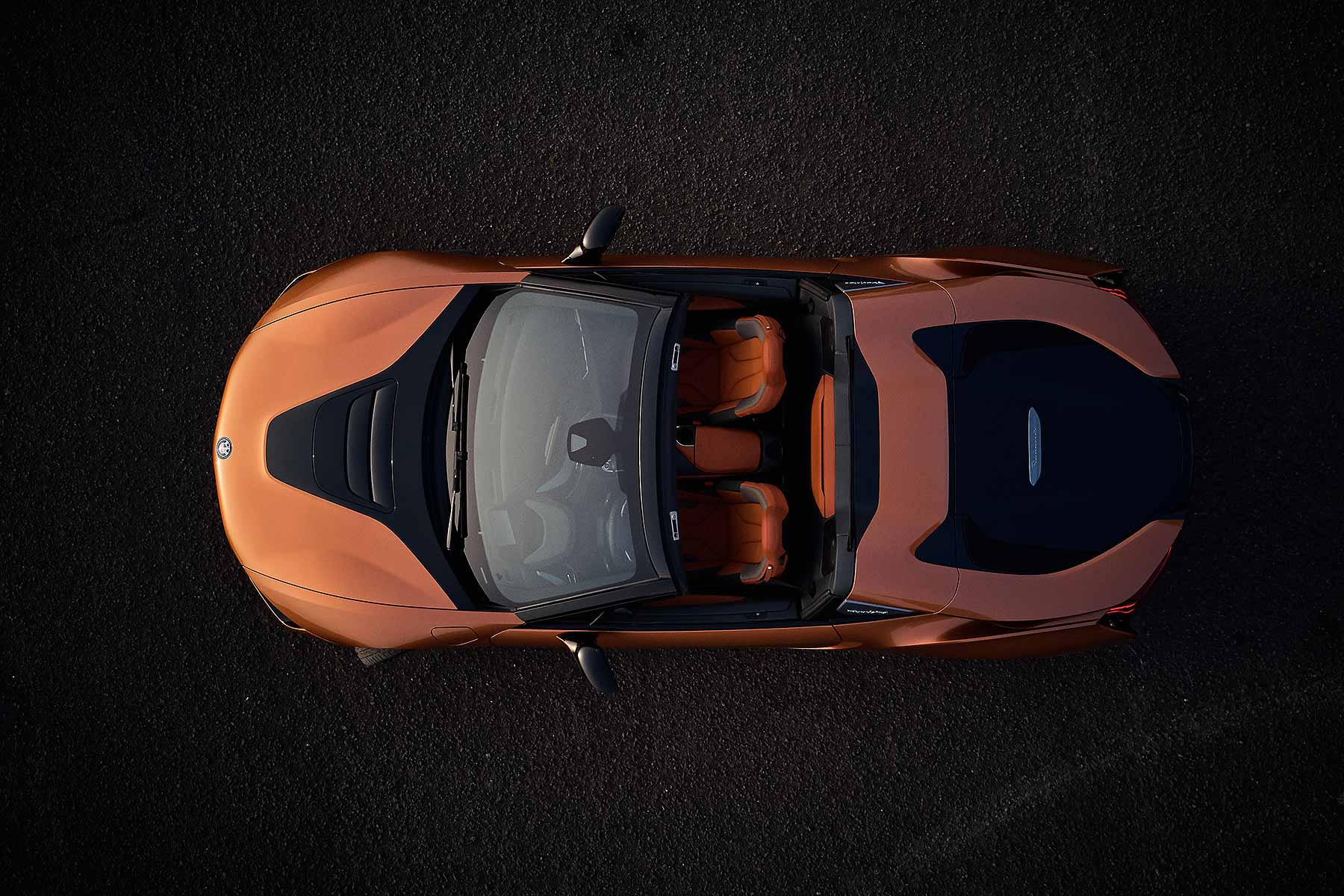 The fabric soft-top roof on the i8 Roadster is fully electric and folds down in 16 seconds, at speeds of up to 31mph. It ingeniously stows perpendicular, so doesn’t take up much space: BMW says this leaves an extra 100 litres between the roof box and seats, enhancing the tiny 88-litre rearmost boot. 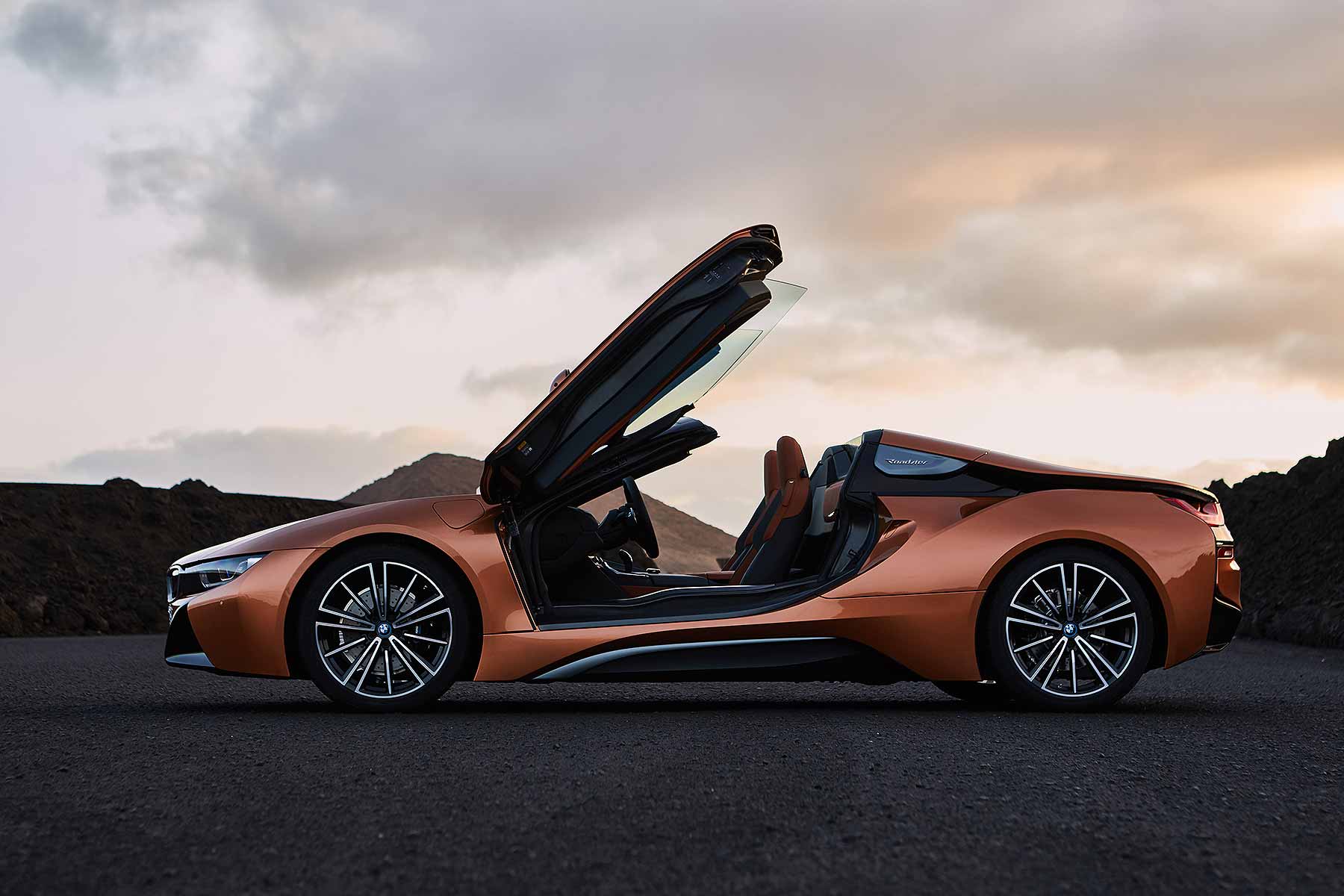 Cleverly, the ‘gullwing’ doors of the i8 Coupe remain, and the rear deck is a work of sculptural art. There’s a rear window that doubles up as a windbreak and the C-pillars gain ‘Roadster’ badges: the Coupe thus gets its own badges too.

As if the design of the car wasn’t enough, BMW’s introduced some flashy new colours – E-Copper metallic and Donington Grey metallic (nice to see the East Midlands racetrack getting a namecheck by BMW there). And there are some new ultra-lightweight alloys, each weighing 1kg less than the outgoing car’s rims.