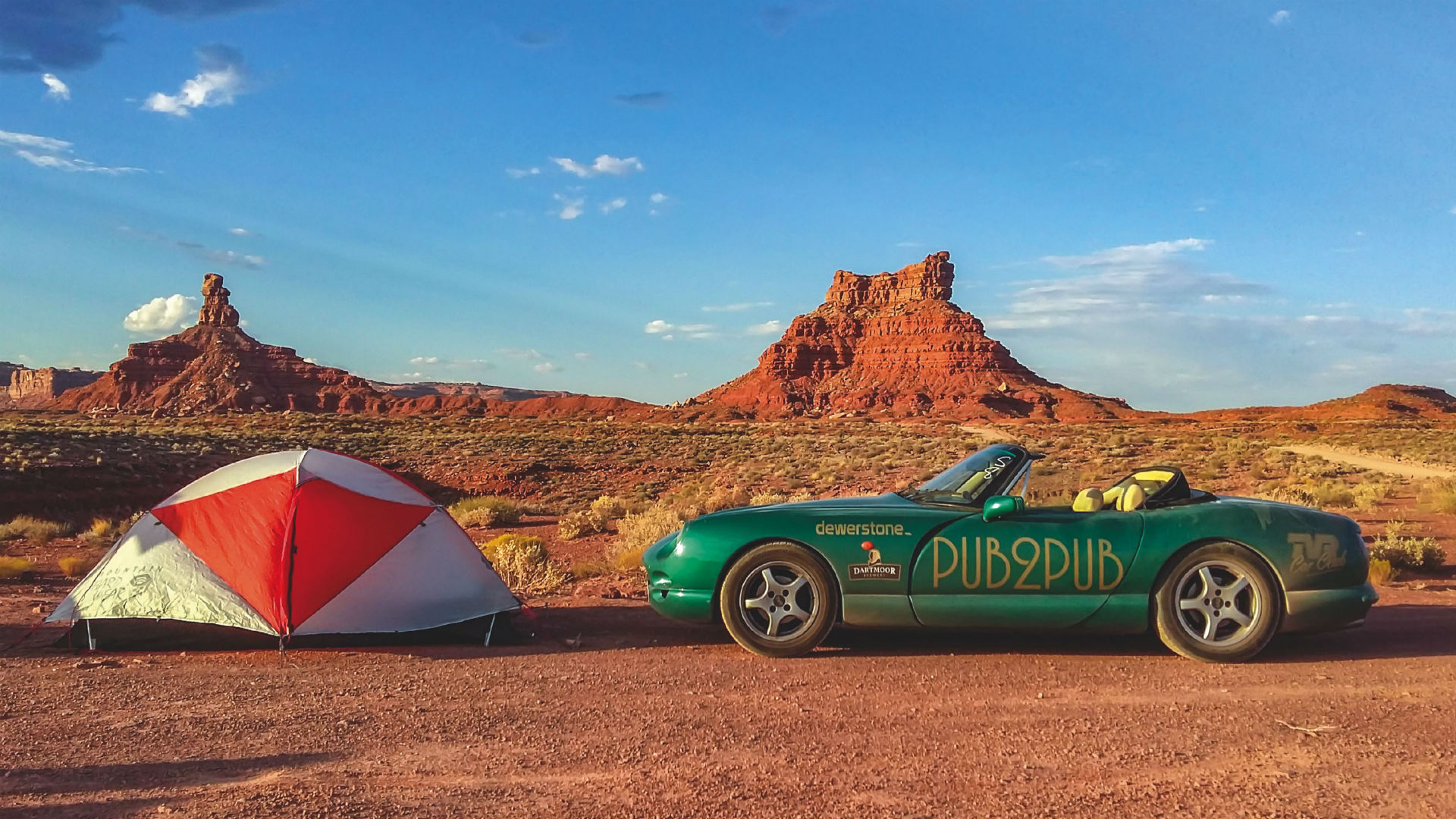 Time is running out if you are still searching for Christmas gifts. If you’re in need of inspiration, we’ve created a list of 20 books guaranteed to appeal to the car enthusiast in your life.

Alternatively, why not add them to your own Christmas wish list? Read on to discover some literary gems.

Autopia: The Future of Cars 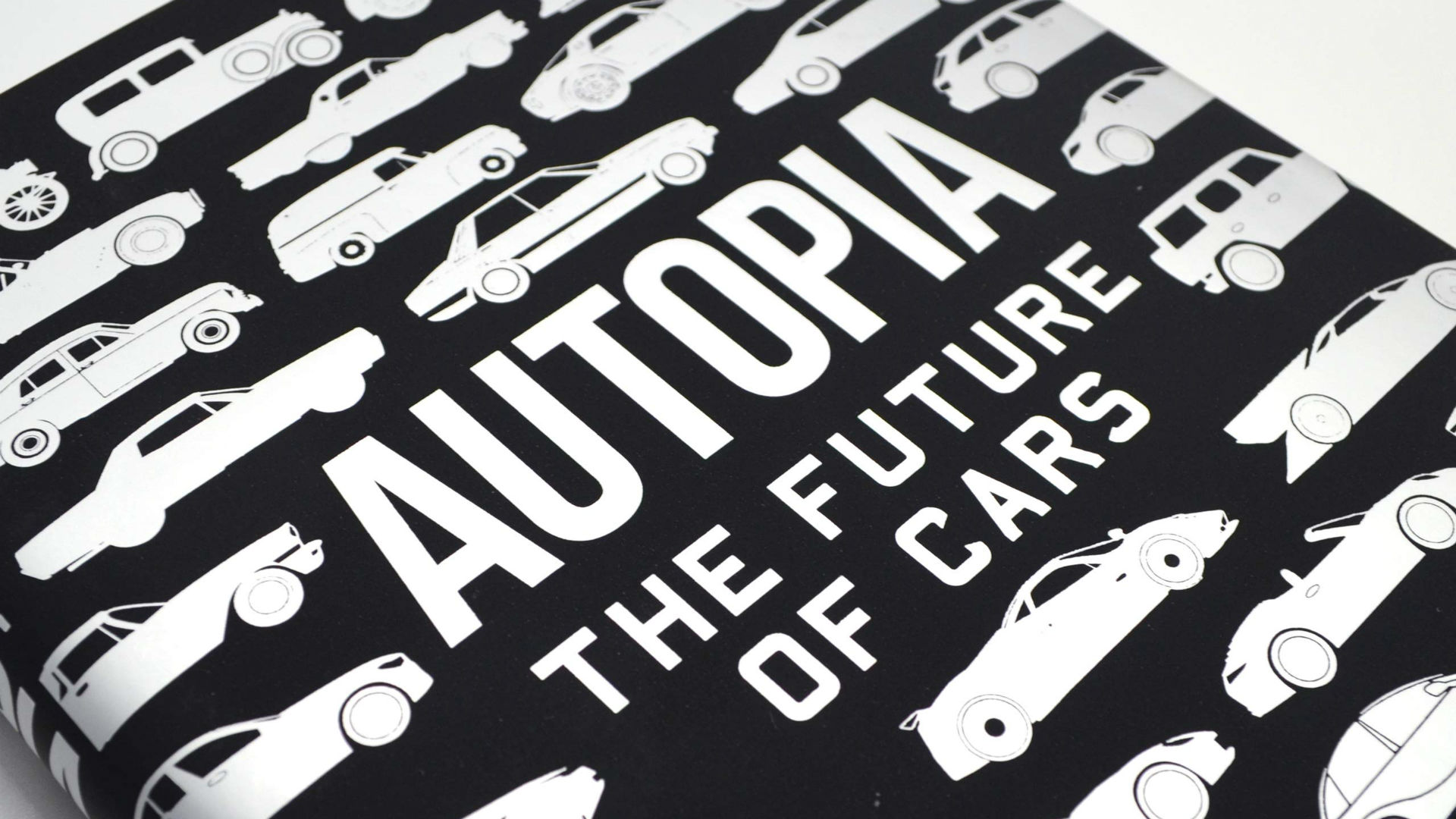 Written by Jon Bentley, the presenter of The Gadget Show, this book celebrates the ‘rich heritage’ of motoring’s past and looks into the future of the automobile. Will electric or hydrogen win the race to replace petrol and diesel? Will we be travelling to work using jetpacks? By talking to the engineers and coders who are shaping the car industry, Jon Bentley predicts the answers.

Buy Autopia: The Future of Cars on Amazon 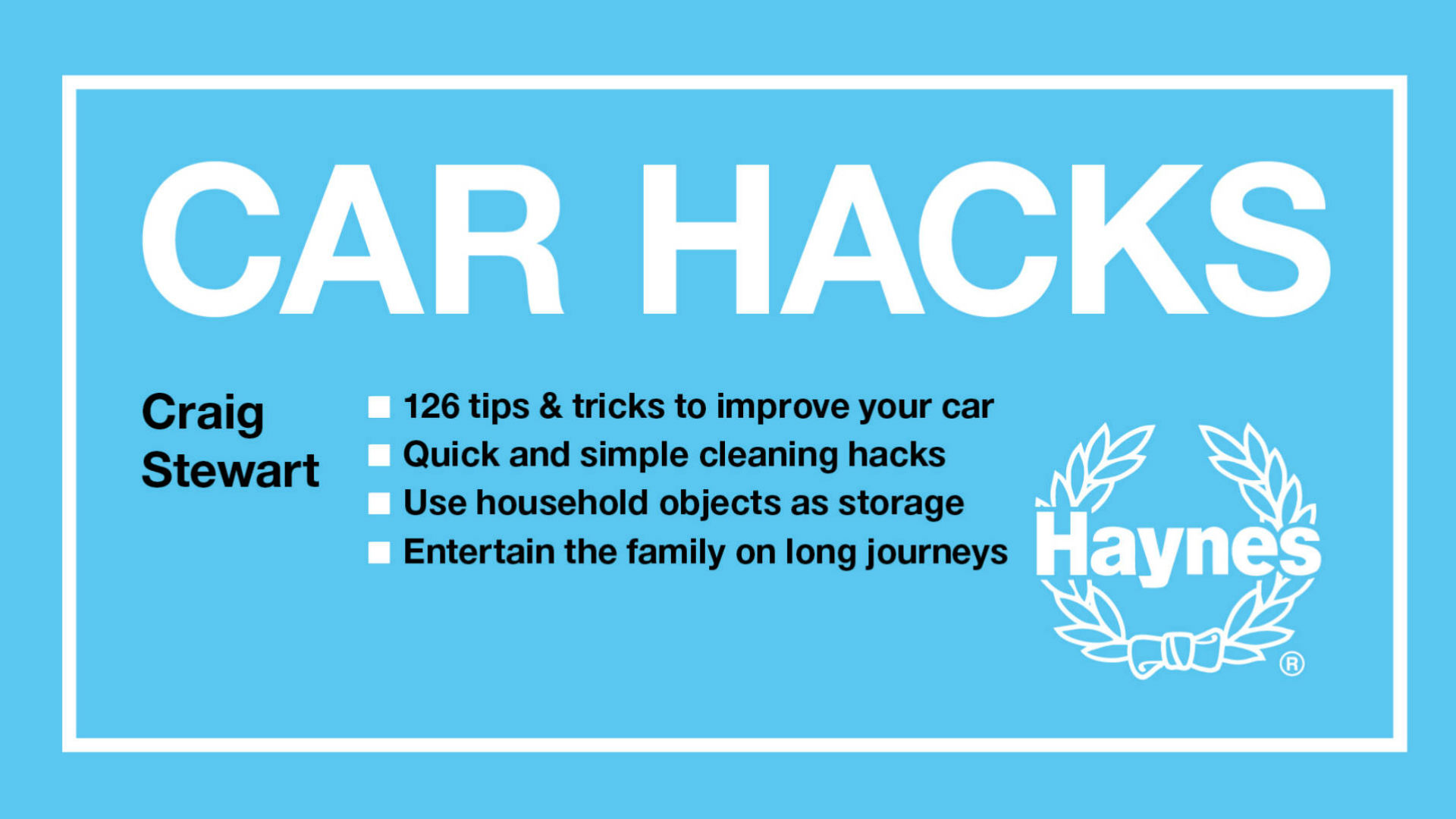 There are 126 tips and tricks in the Car Hacks book, and we’ll be testing a good proportion of them over the Christmas holidays. Indeed, we recently published a feature focused on car hacks that use items you’ll find in your home, including everything from a pair of tights to herbal tea bags. A great stocking-filler or a handy reference book to put in your garage.

How to Build a Car 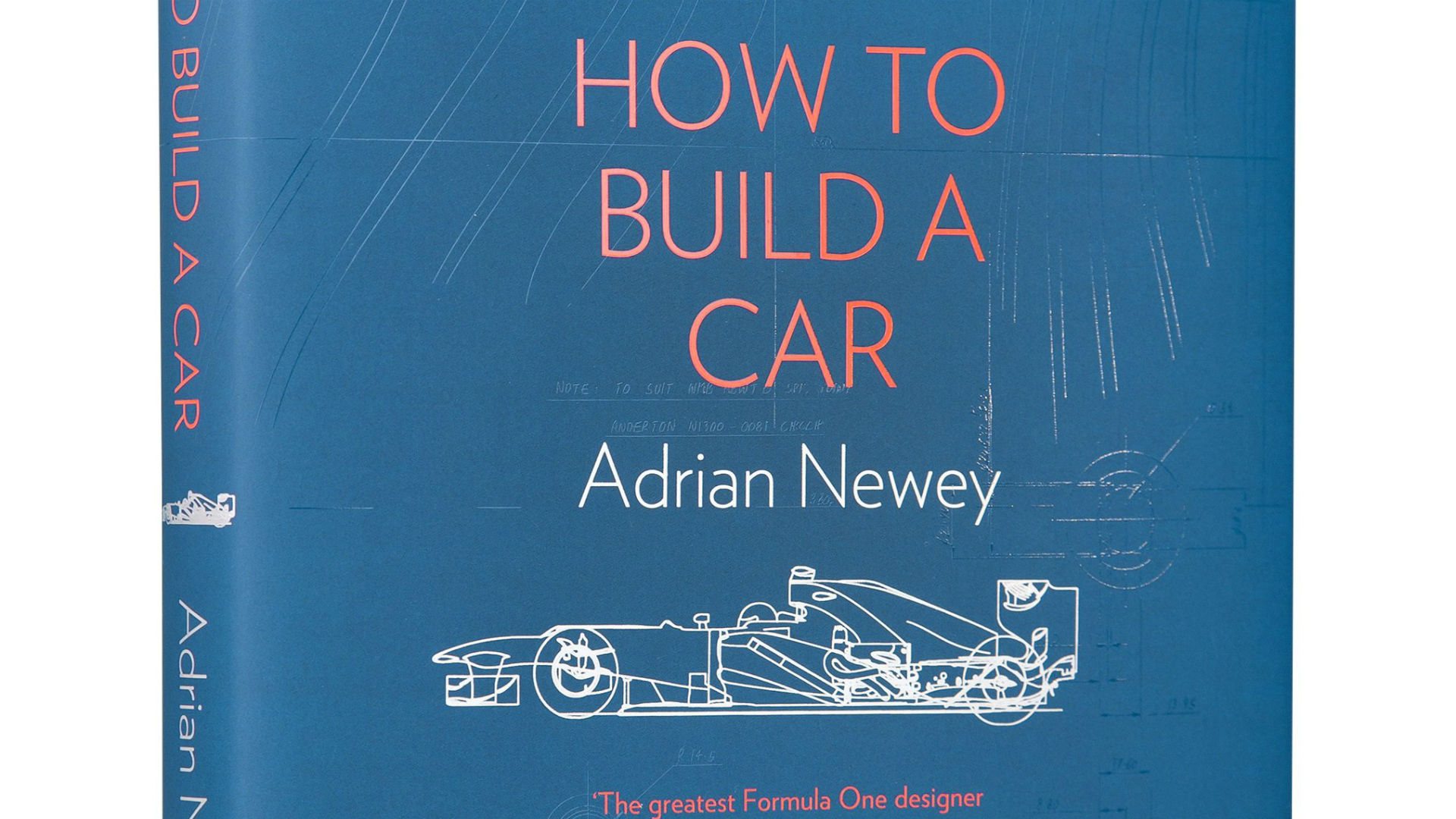 How to Build a Car explores the story of Adrian Newey’s 35-year career in Formula One through the prism of the cars he has designed, the drivers he has worked alongside and the races in which he’s been involved. The current chief technical officer of Red Bull Racing, Newey has designed F1 cars for some of the biggest names in the sport. Not bad for a guy who was expelled from school for hijacking a concert soundcheck and blowing out a stained-glass window.

Buy How to Build a Car on Amazon 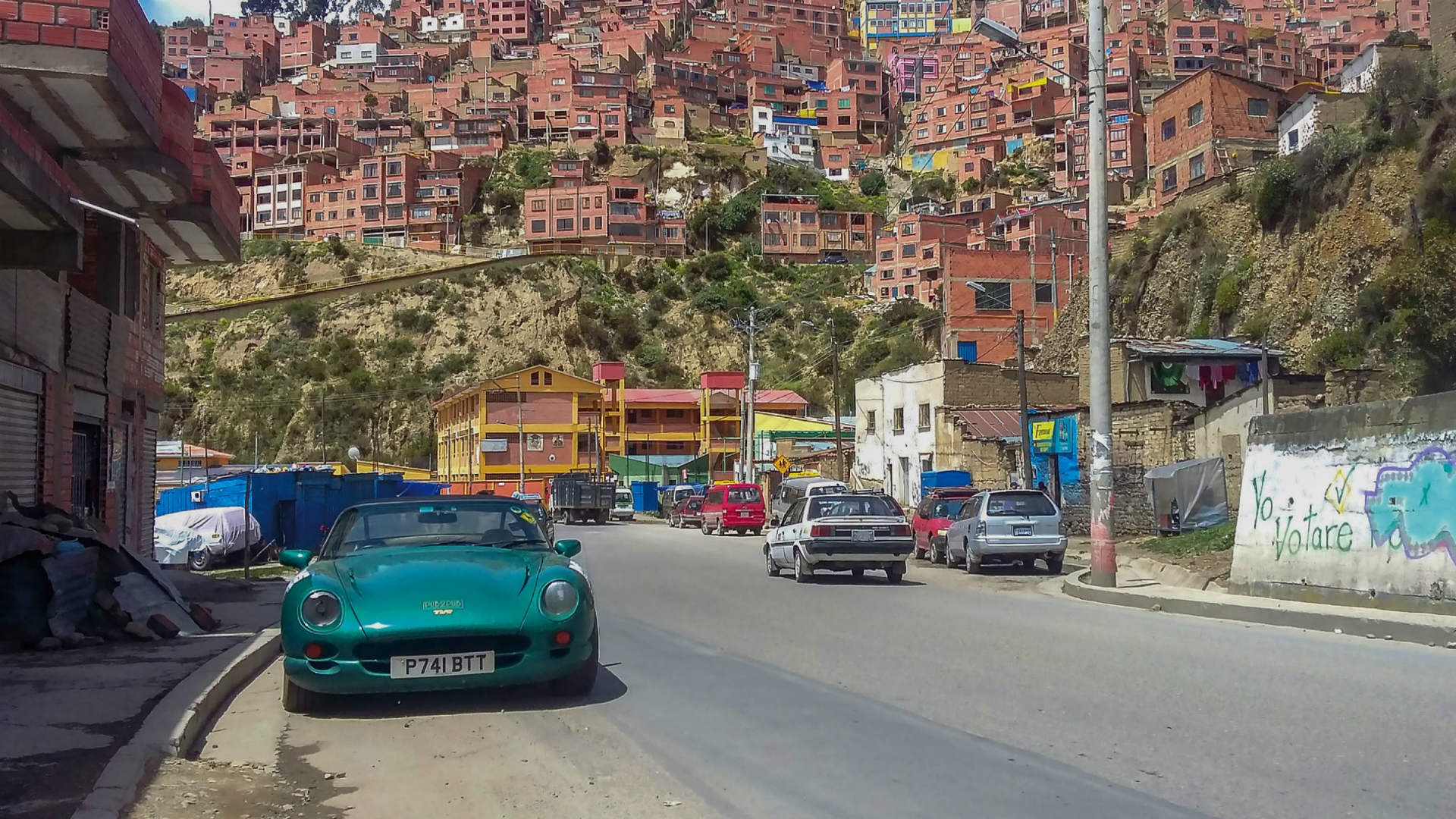 This book chronicles the epic 27,000-mile journey made by Ben Coombs in his TVR Chimaera. The intrepid traveller visited 25 countries to grab a beer in pubs at opposite ends of the world, from an abandoned Soviet mine 700 miles from the North Pole, to a remote pub at South America’s southernmost tip. Forget joining a gym, embarking on an amazing road trip ought to be one of your new year’s resolutions.

How to be Formula One Champion 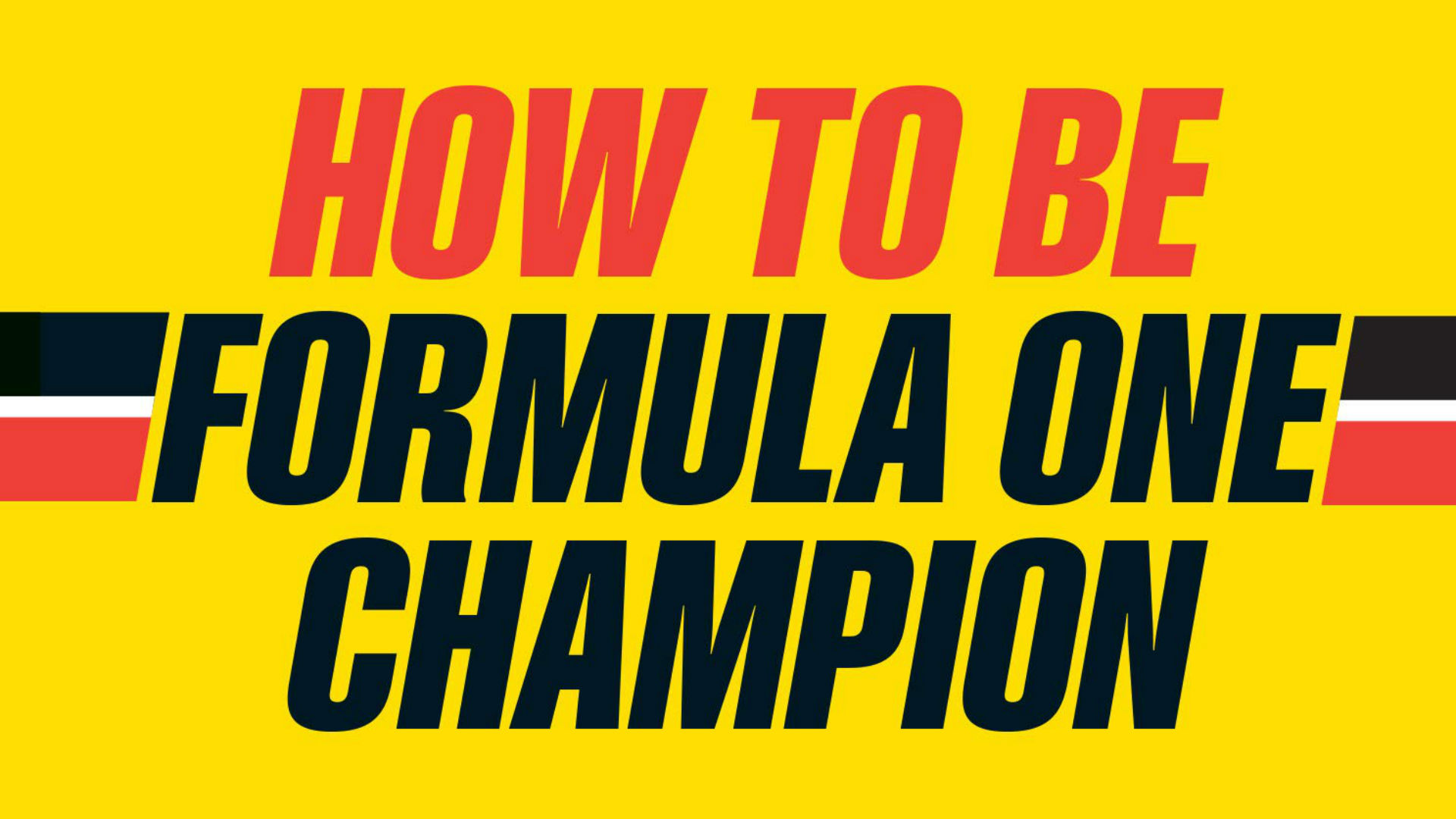 Written by The Grand Tour script writer, Richard Porter, this book asks if you’re the next Lewis Hamilton. You’ll discover what it takes to hit the big time in top-flight motorsport, including the art of champagne spraying and how to wear a massive watch. It even outlines the art of ‘psychologically crushing your teammate without him noticing’. This time next year, you could be the best F1 driver… in the world.

Buy How to be Formula One Champion on Amazon 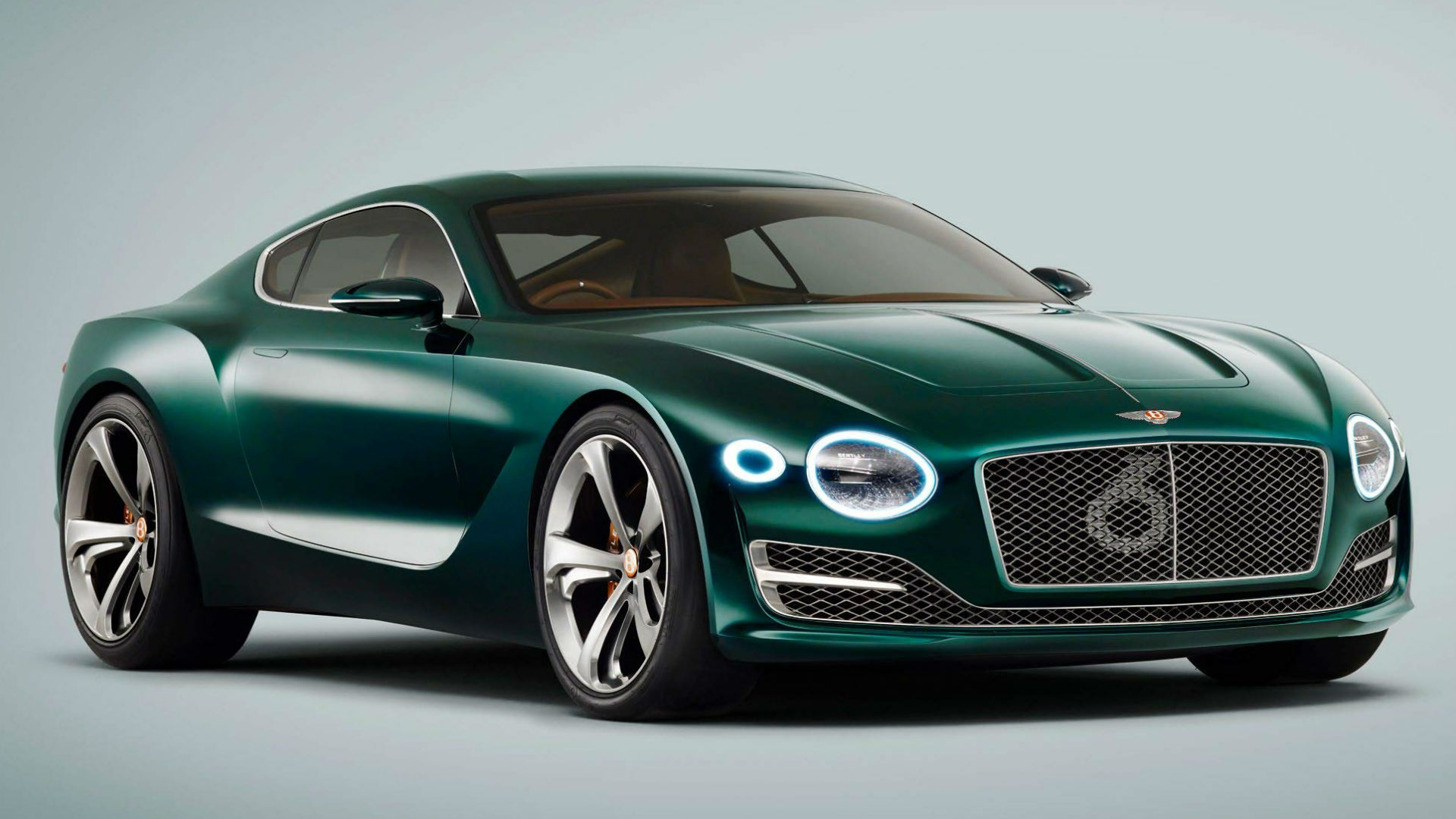 Time is running out if you want to celebrate Bentley’s centenary in 2019. Written by university lecturer and respected journalist Andrew Noakes, this book is a ‘lavish celebration of the company, from its earliest models right up to the modern day cars’. The weighty tome is perfect coffee-table material, with 240 pages and more than 200 pictures from the archives.

Buy 100 Years of Bentley on Amazon 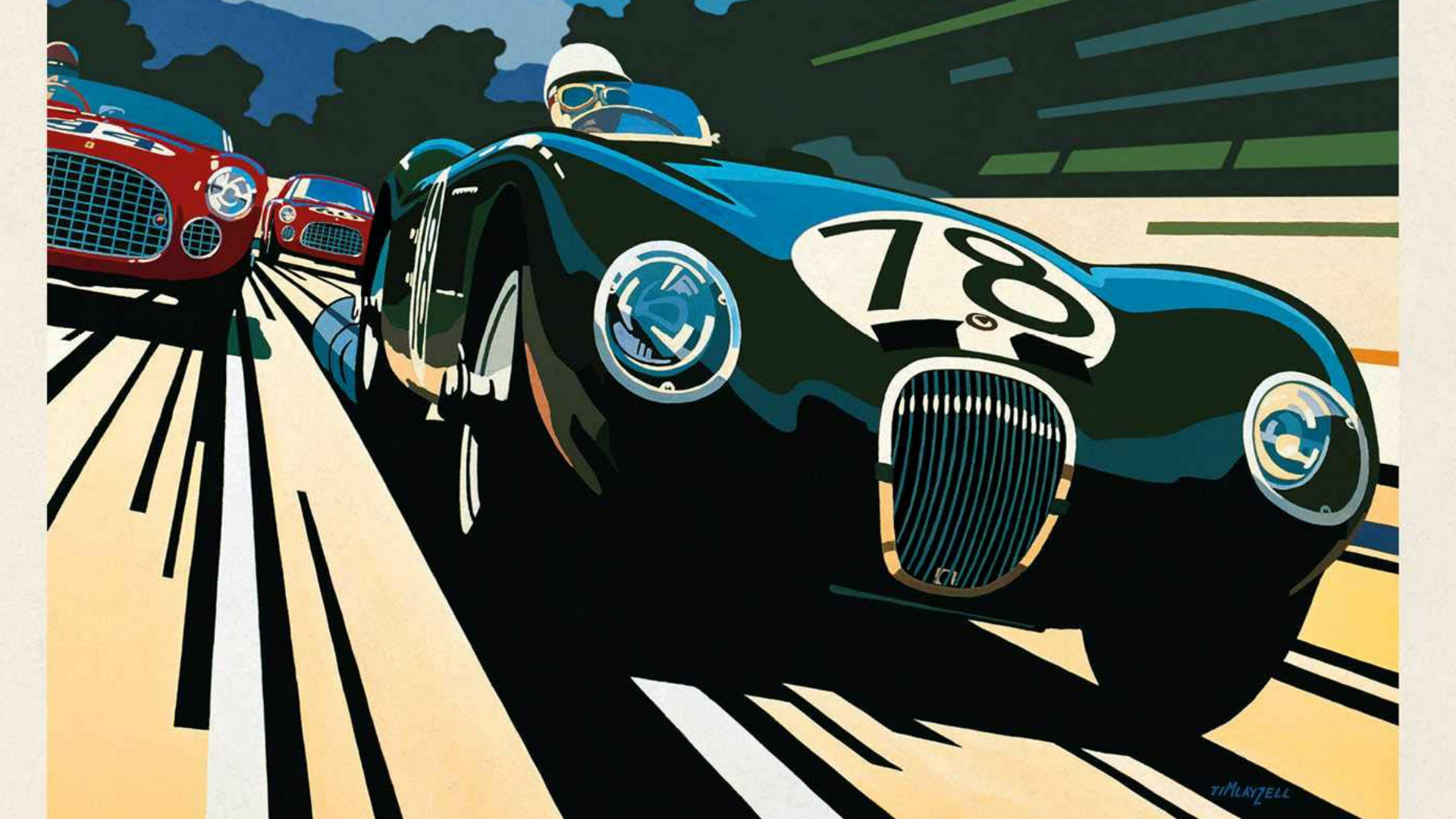 Peter Grimsdale’s book celebrates the British car industry’s golden age. It charts the boom years between the Second World War and the 1960s, when Britain thrived on improvisation and dogged determination. If you’ve read the extract on the death of Mike Hawthorn, you’ll know that this is a must-read this Christmas.

Buy High Performance: When Britain Ruled the Roads on Amazon

Ford versus Ferrari: The Battle for Supremacy at Le Mans 1966 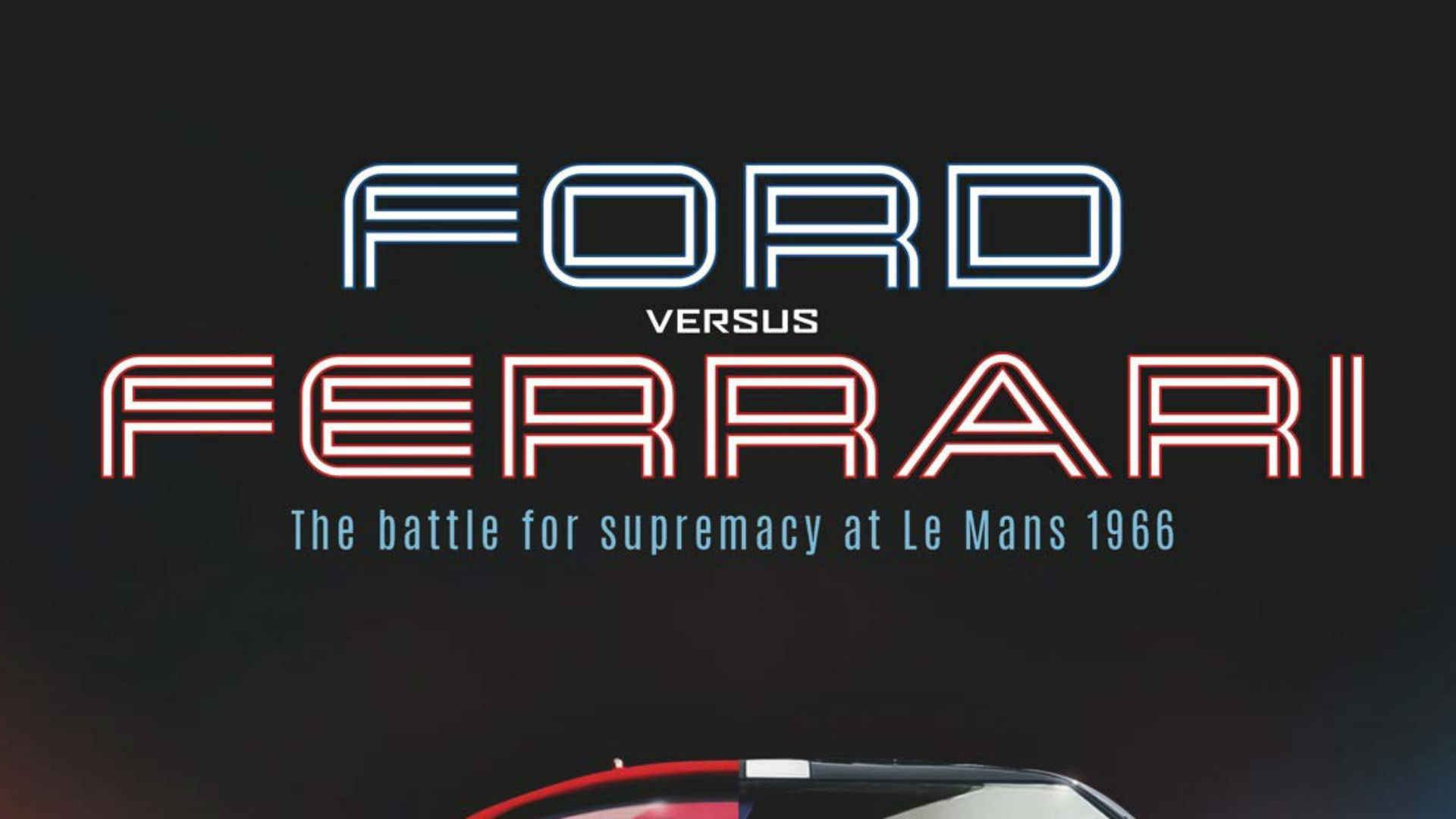 You’ve seen the film (probably), now read the story. There are many books on the subject of Ford’s quest to topple Ferrari at Le Mans, but this is the latest. Crucially, this book goes into detail about the Lola GT, which isn’t always the case in stories about ‘Ford v Ferrari’.

Buy Ford versus Ferrari: The Battle for Supremacy at Le Mans 1966 on Amazon

The Self Preservation Society: 50 Years of The Italian Job 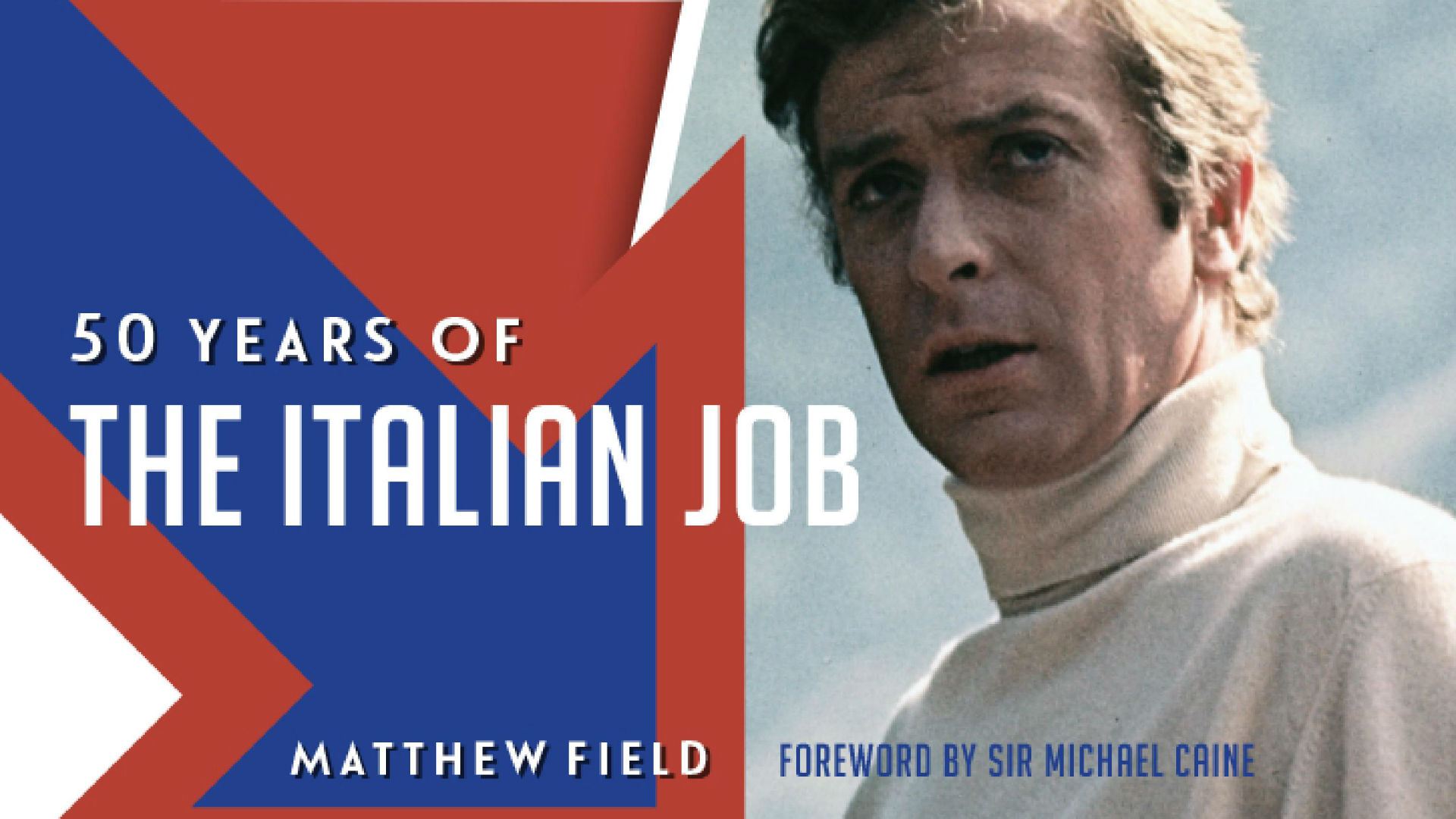 The 60th anniversary of the Mini happened to coincide with the 50th anniversary of The Italian Job film. The 1969 comedy camper is likely to be on television at some point over the Christmas period, so why not read 336 pages on the subject beforehand? It’s not a cheap book, but it’s one that you’ll pass on to your children.

Buy The Self Preservation Society: 50 Years of The Italian Job on Amazon 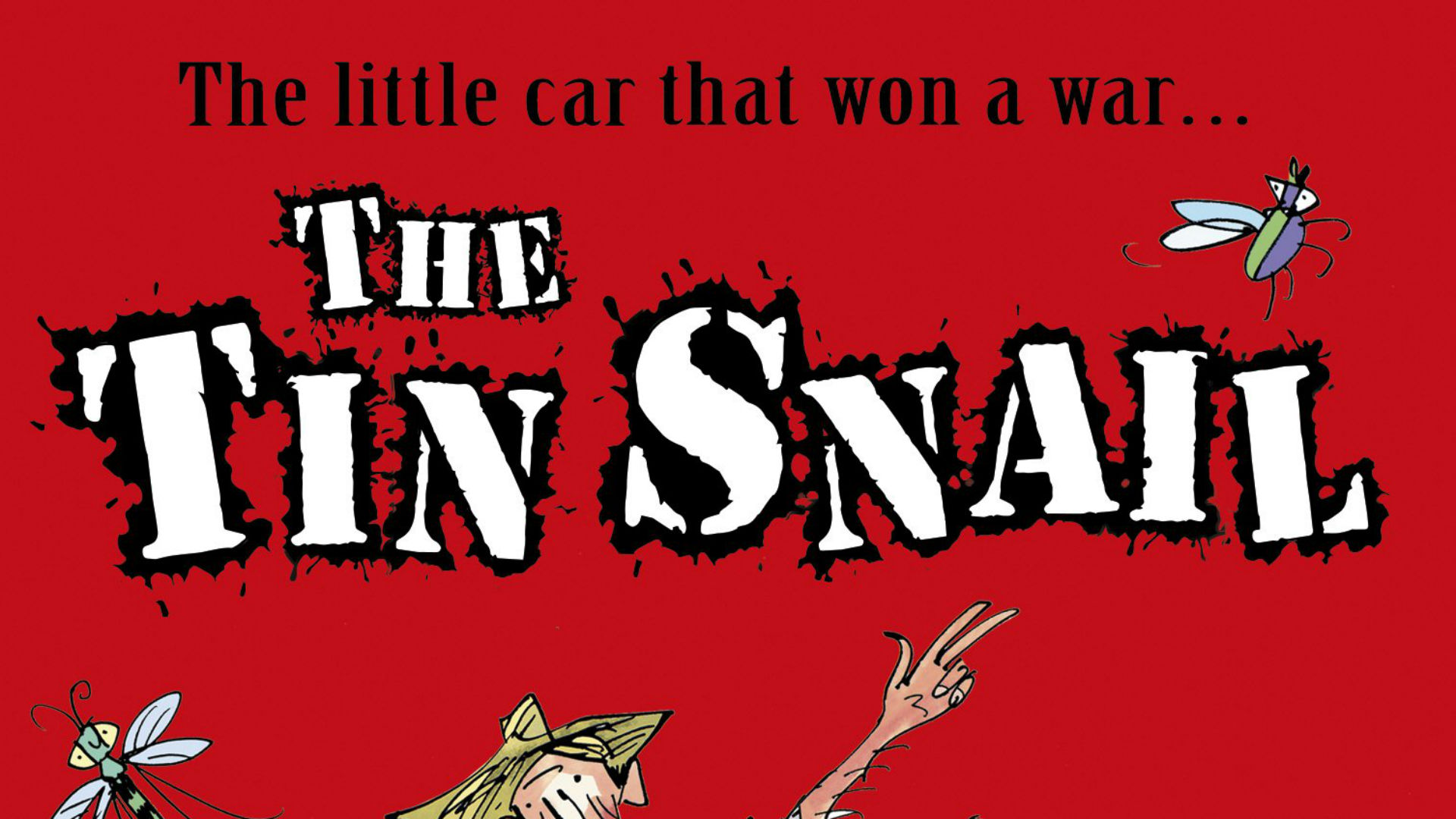 We’ve got the original hardback version of this book – and we loved it. Whether you’re buying it to read to your children at bedtime, or for them to read by themselves, it’s a heartwarming and humorous tale inspired by the true story of the Citroen 2CV. Cameron McAllister’s book is a brilliant portrayal of how a little car won the war…

Buy The Tin Snail on Amazon

The Sound of Supercars 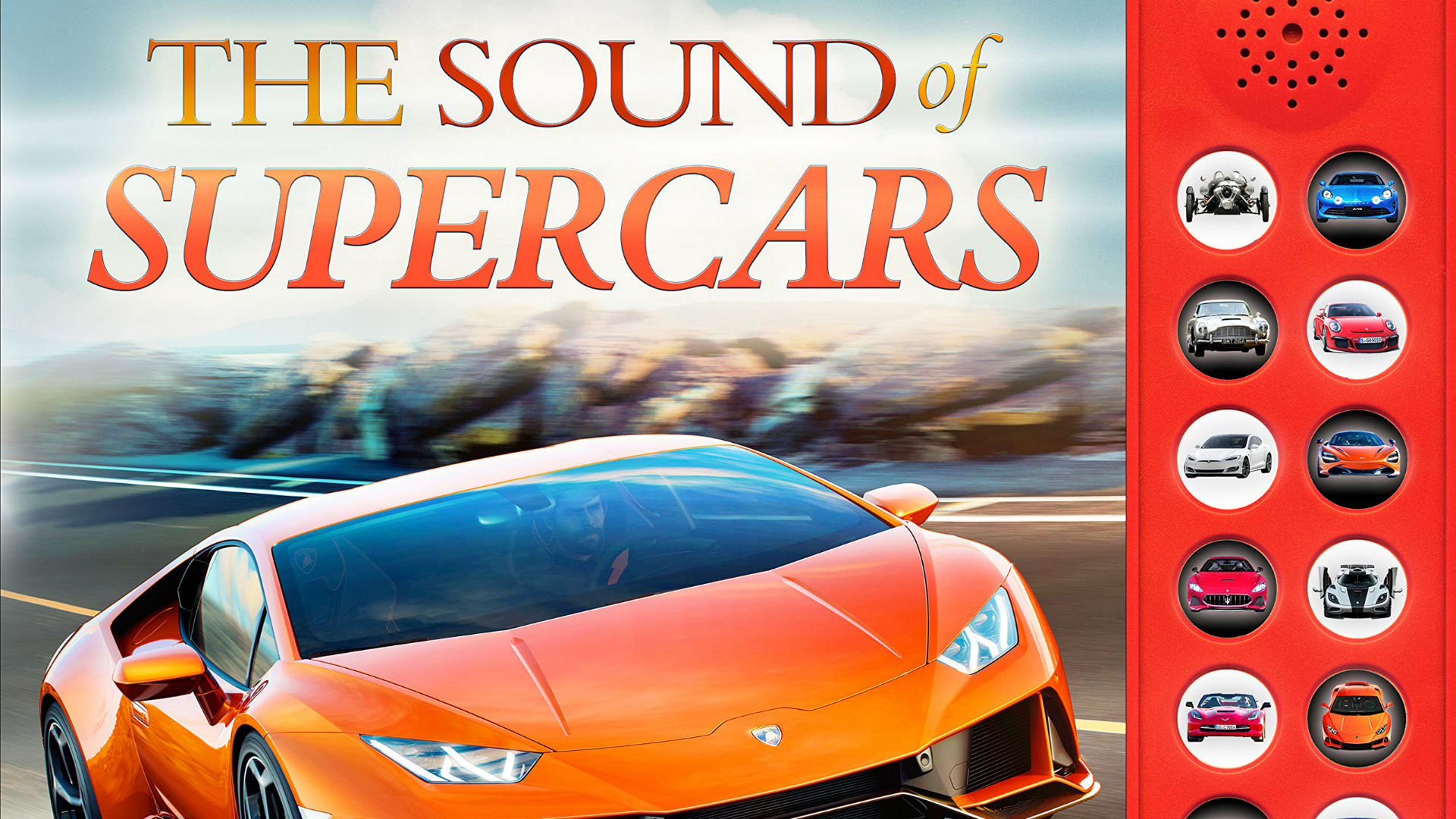 This book is likely to inspire the next-generation of car enthusiasts. Whether they’ll be able to enjoy the evocative sound of a supercar at full chat is a matter for debate, because the electric car may have taken over by the time they’re ready for ‘L’ plates. There are 12 cars in the book, ranging from the air-cooled two-cylinder Morgan 3-Wheeler to the 16-cylinder Bugatti Chiron.

Buy The Sound of Supercars on Amazon 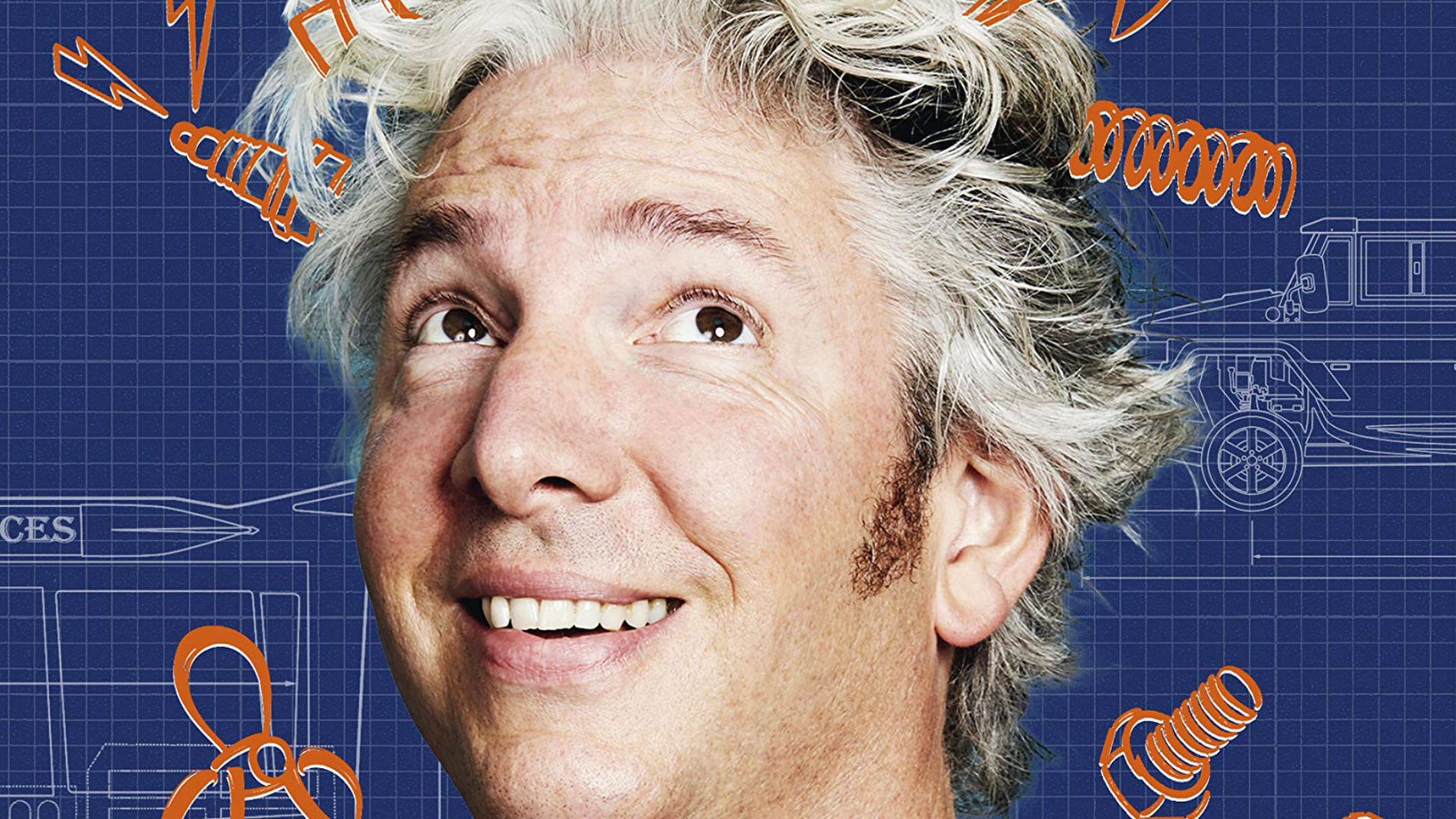 Buy Grease Junkie: A Book of Moving Parts on Amazon 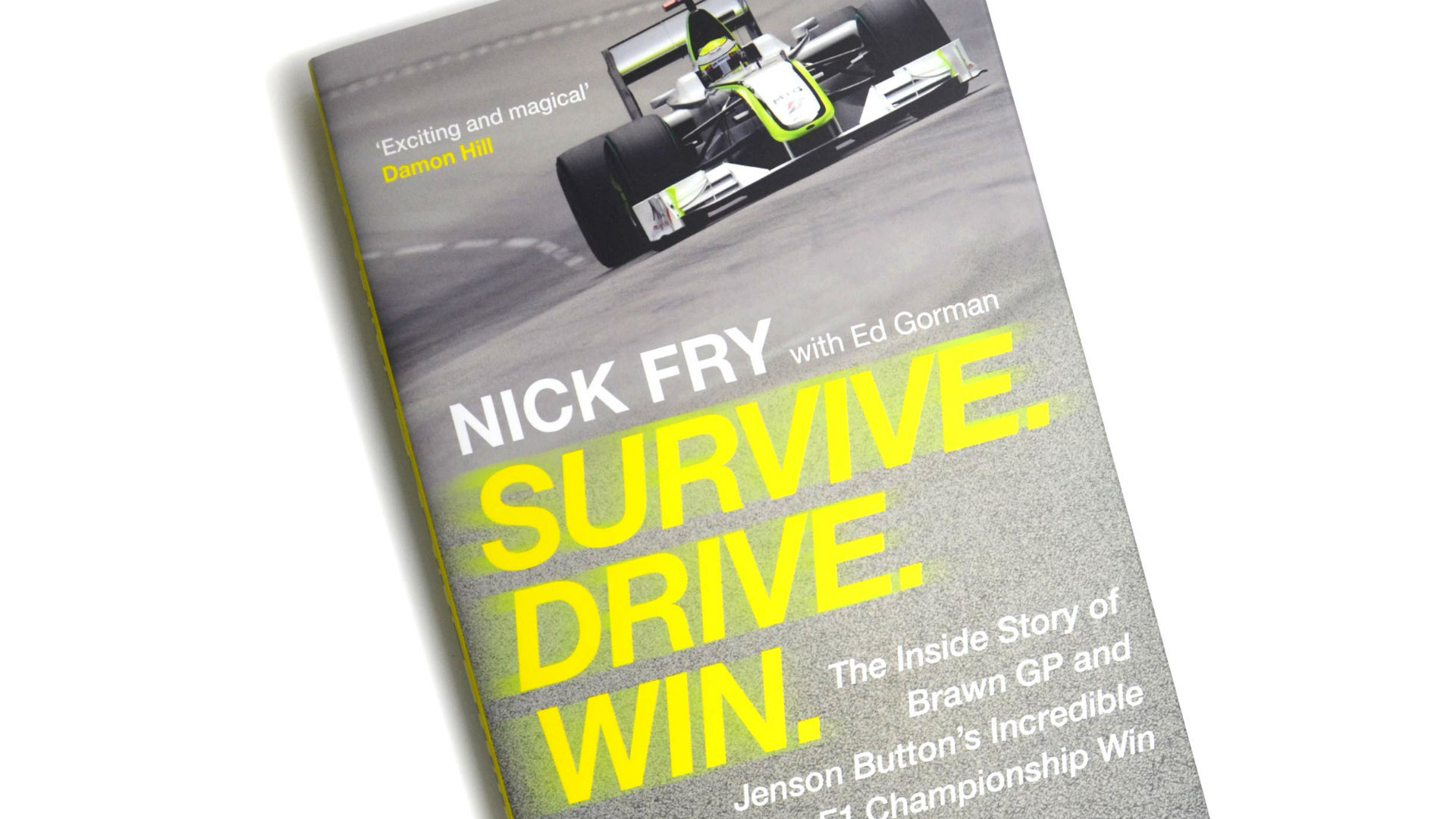 If the reviews are anything to go by, this book is little short of extraordinary. Damon Hill’s description says it all: “The story of Brawn GP is legendary. Imagine sitting at home at Christmas thinking you were out of a job, then by next Christmas you were a World Champion. This is F1’s Leicester City story – it’s every bit as exciting and magical.” 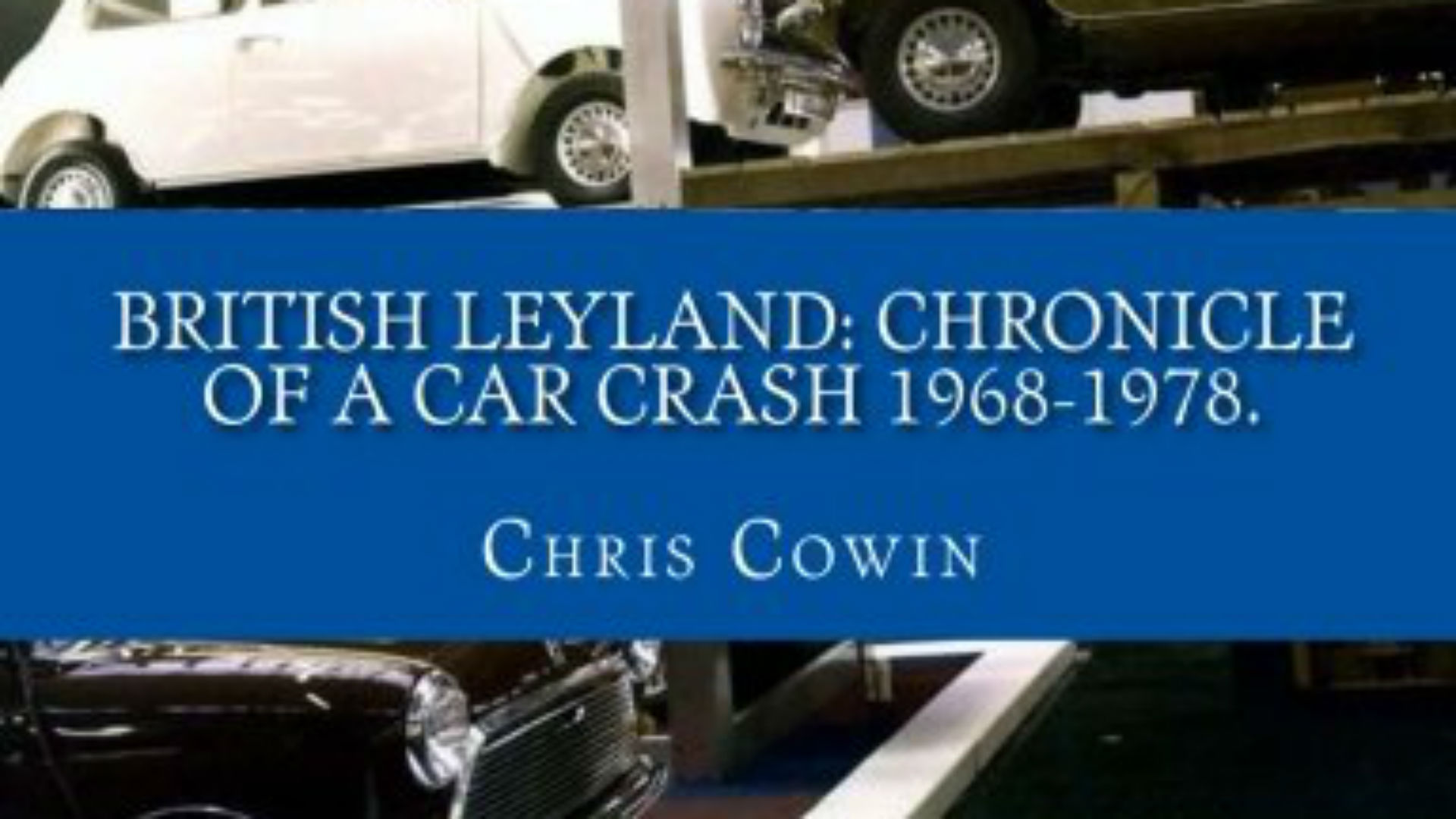 There’s nothing magical about the collapse of the British car industry, although its disappearance act would give Paul Daniels a run for his money. ‘Why did British Leyland crash?’ asks the book, before outlining the reasons in great detail. Read it and weep.

Buy British Leyland: Chronicle of a Car Crash on Amazon 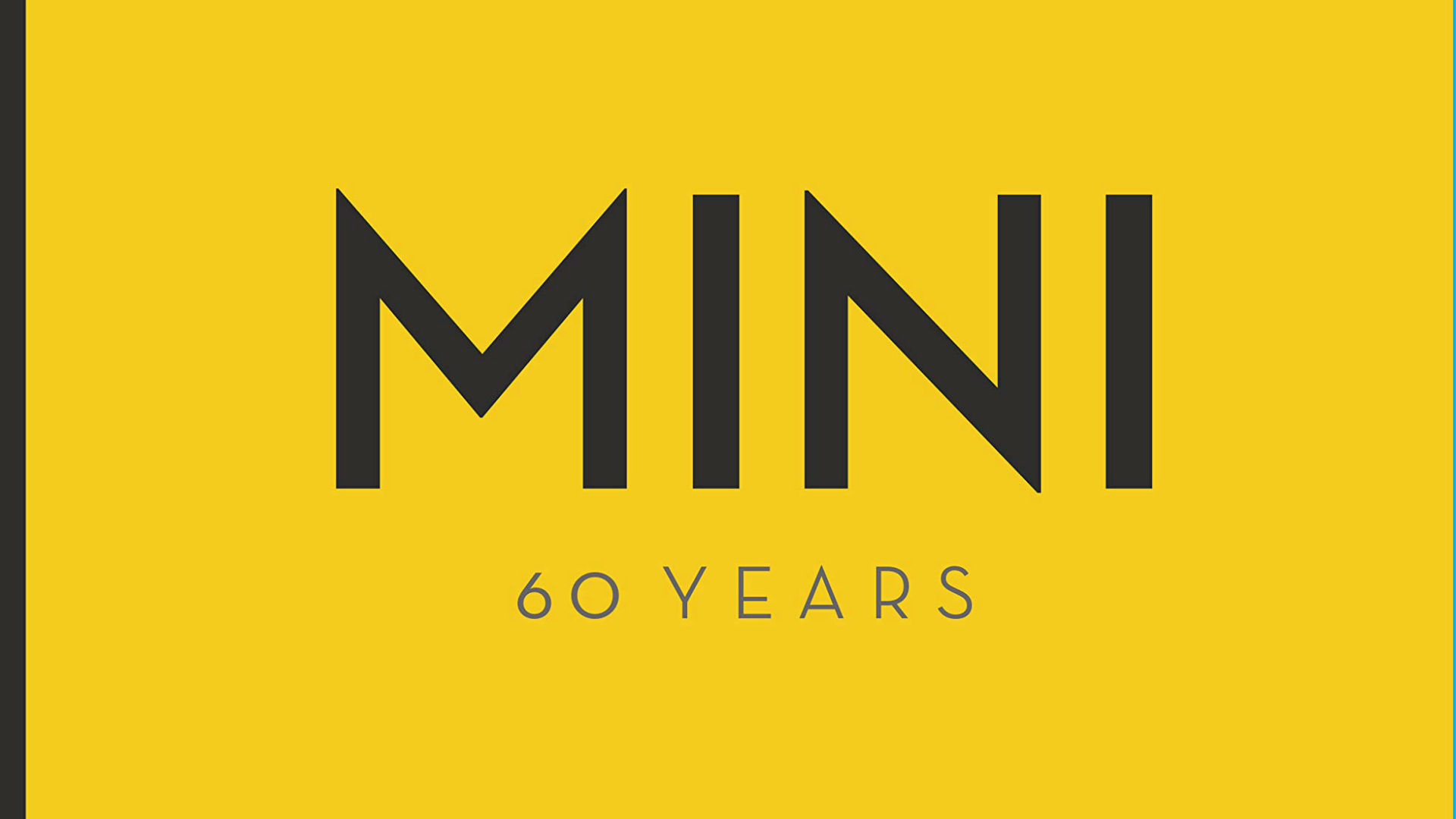 It’s highly likely that you own a car book written by Giles Chapman. His latest title celebrates 60 years of the Mini, from its revolutionary introduction, to the popular new-generation cars of today. Buy it now, before the Mini enters its 61st year.

My Mini Cooper: Its Part in My Breakdown 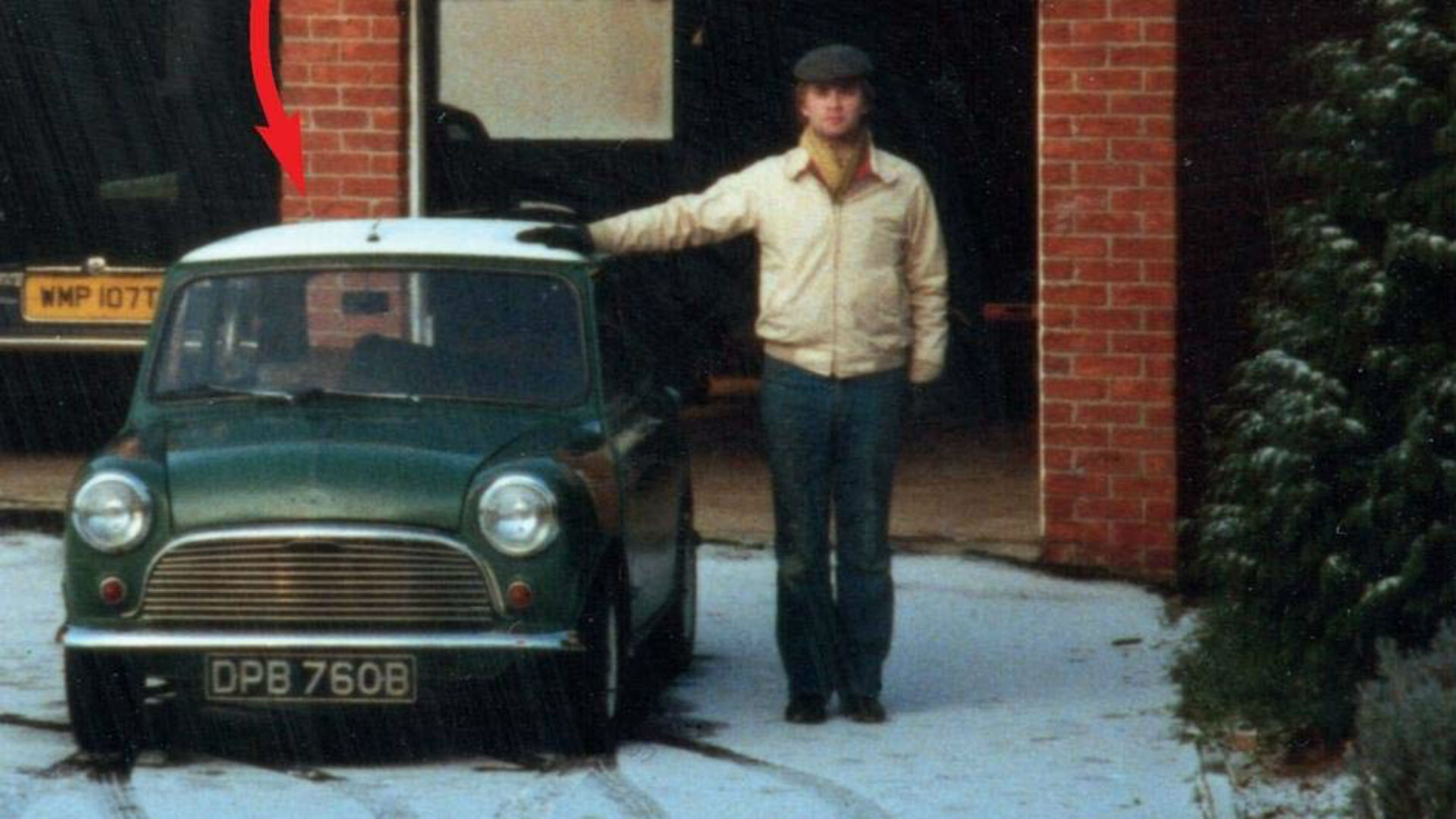 James Ruppert’s books are typically eccentric and off-the-wall. This one is no exception, with the ‘Bangernomics’ overlord and serial Mini owner explaining ‘how not to buy, run or restore a classic car’.

Buy My Mini Cooper: It’s Part in my Breakdown on Amazon

How to be an F1 Driver 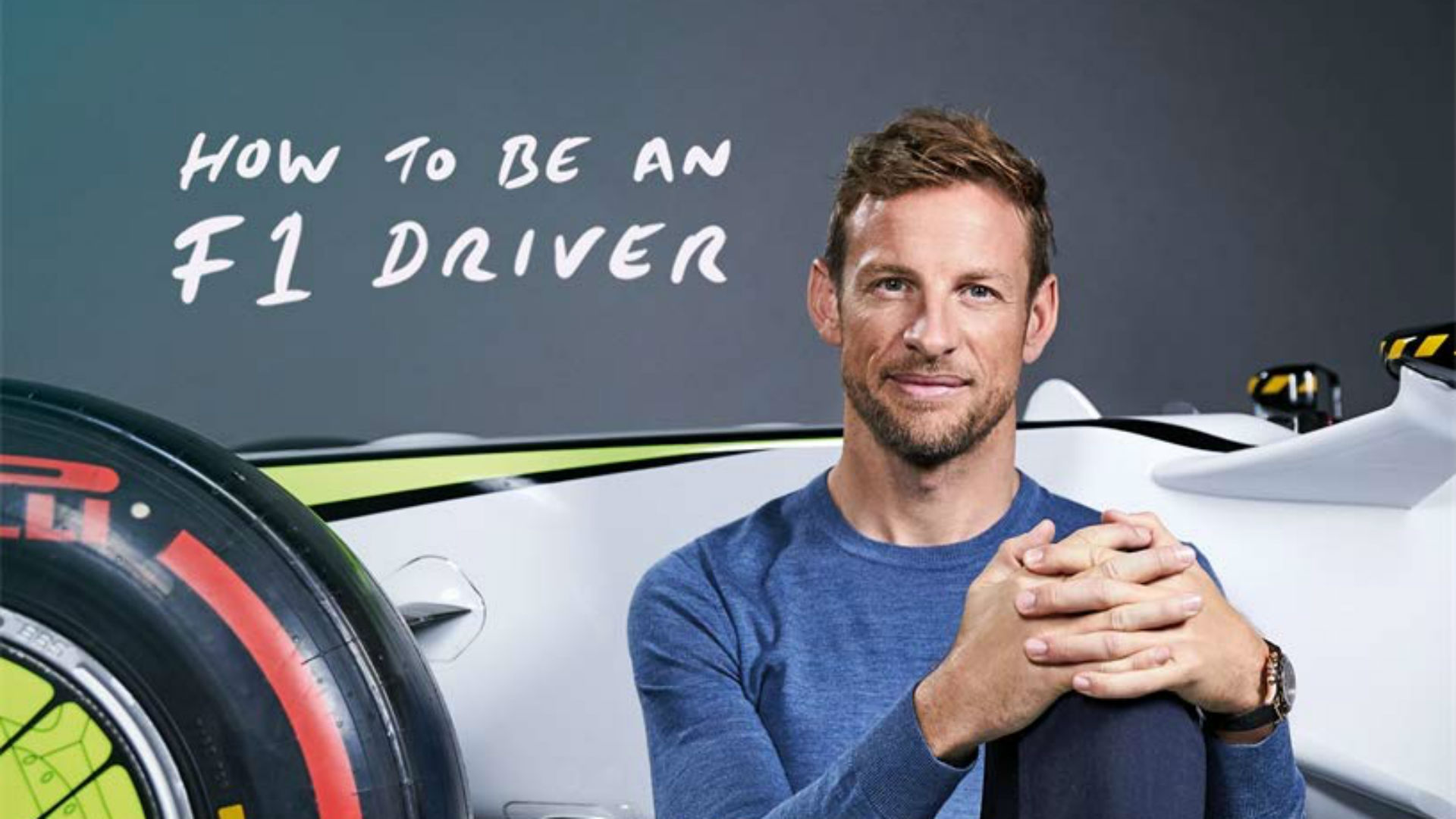 Who better than Jenson Button to explain how to be a Formula One driver. This book takes you on a journey from his hometown of Frome in Somerset to the glitz and glamour of Monaco, with everything in between.

Buy How to be an F1 Driver on Amazon 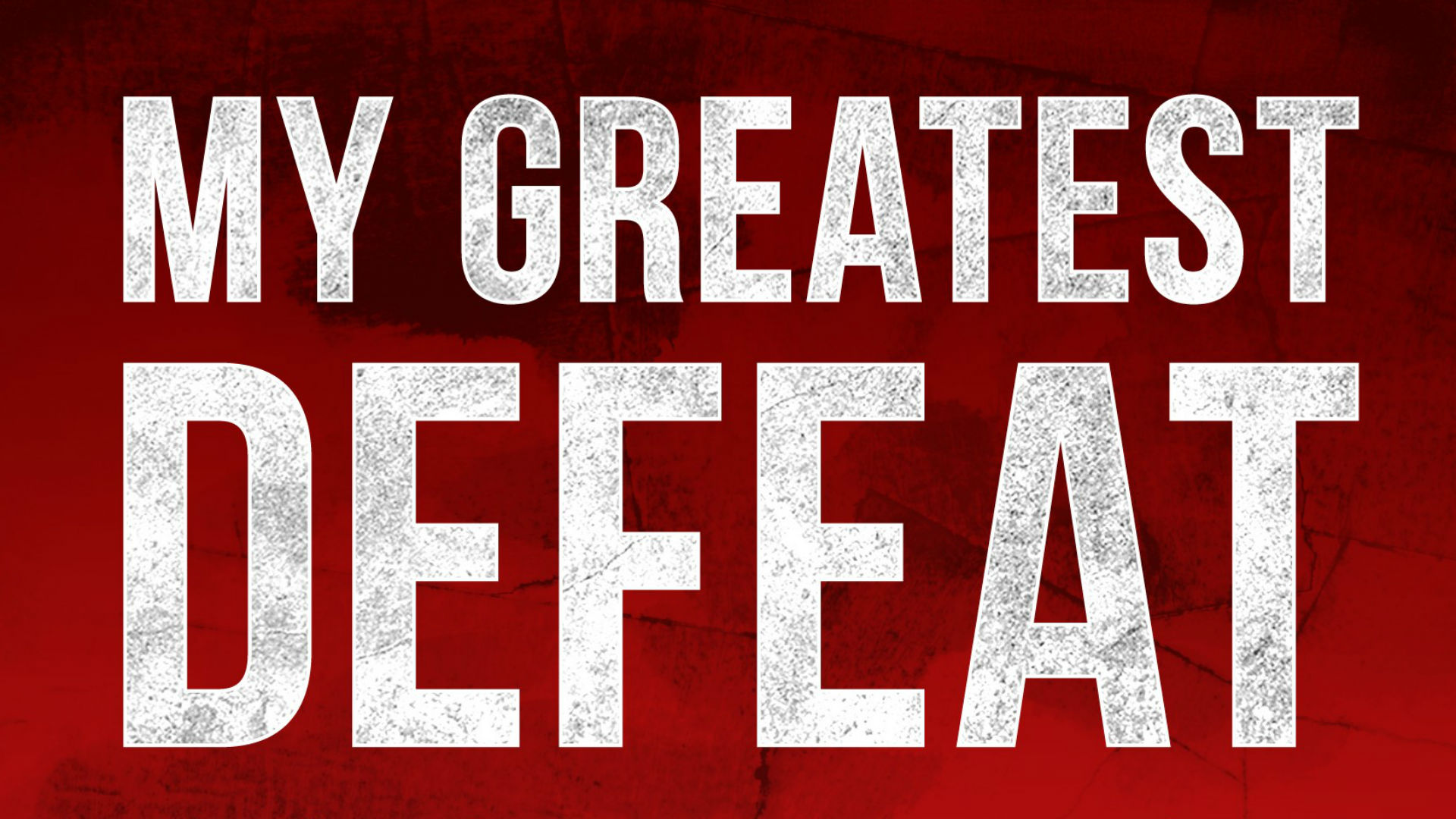 This one is going straight to the top of our Christmas list. It’s a collection of ‘honest and revealing insights into 20 of the greatest living racing drivers’. It was written before the death of Niki Lauda, so it includes a discussion with the Austrian on the subject of the loss of one of his aircraft over Thailand. Other drivers include Damon Hill, Sebastien Loeb and Jackie Stewart.

Buy My Greatest Defeat on Amazon 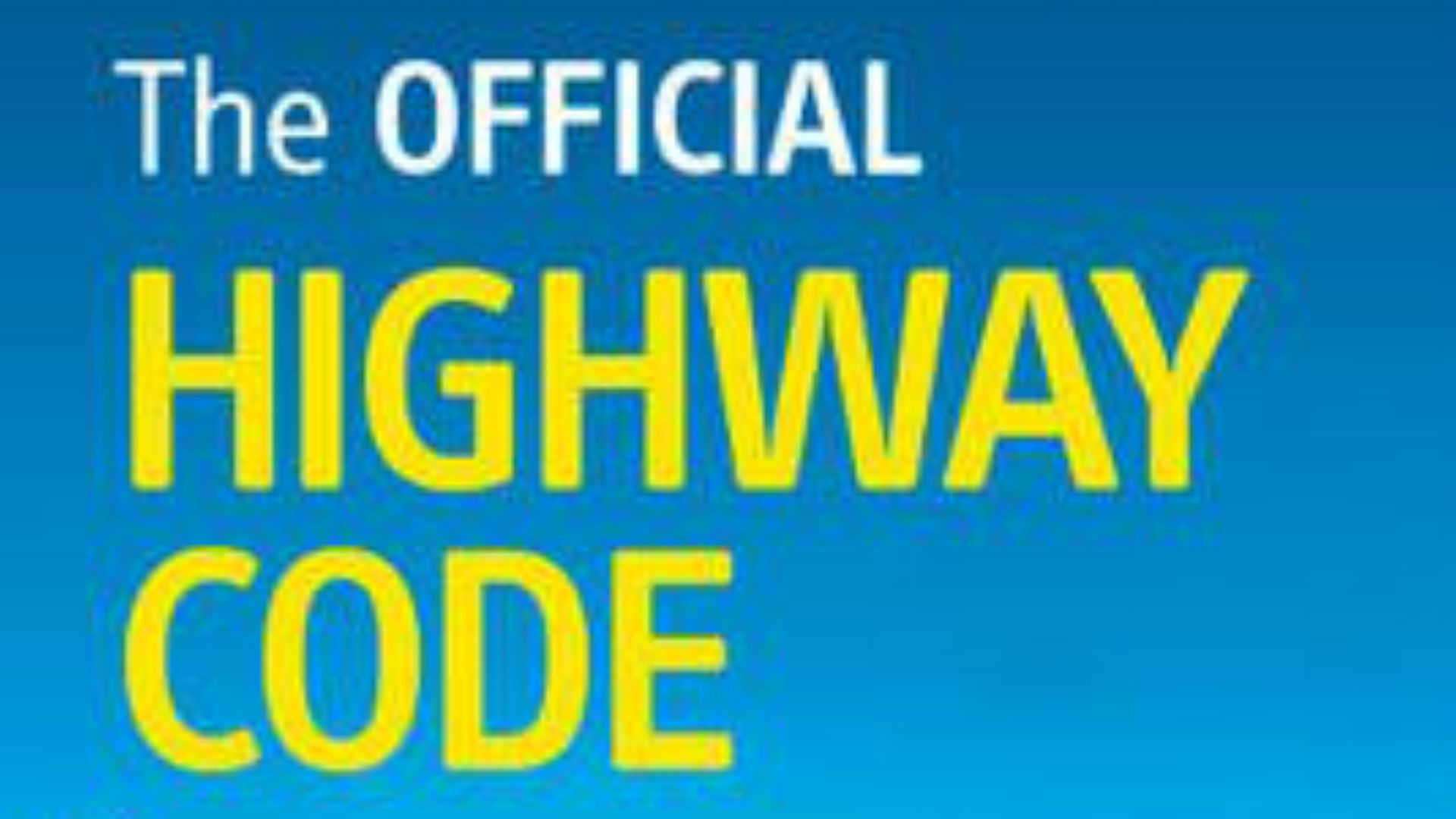 Are you taking your driving test in 2020? Maybe you know somebody who is? Forget a pair of socks or some ‘smellies’ this Christmas – grab a copy of the Highway Code. Alternatively, if you know of a driver who would do with a reminder of the rules of the road, this could be a subtle hint.

How to Live in a Van and Travel 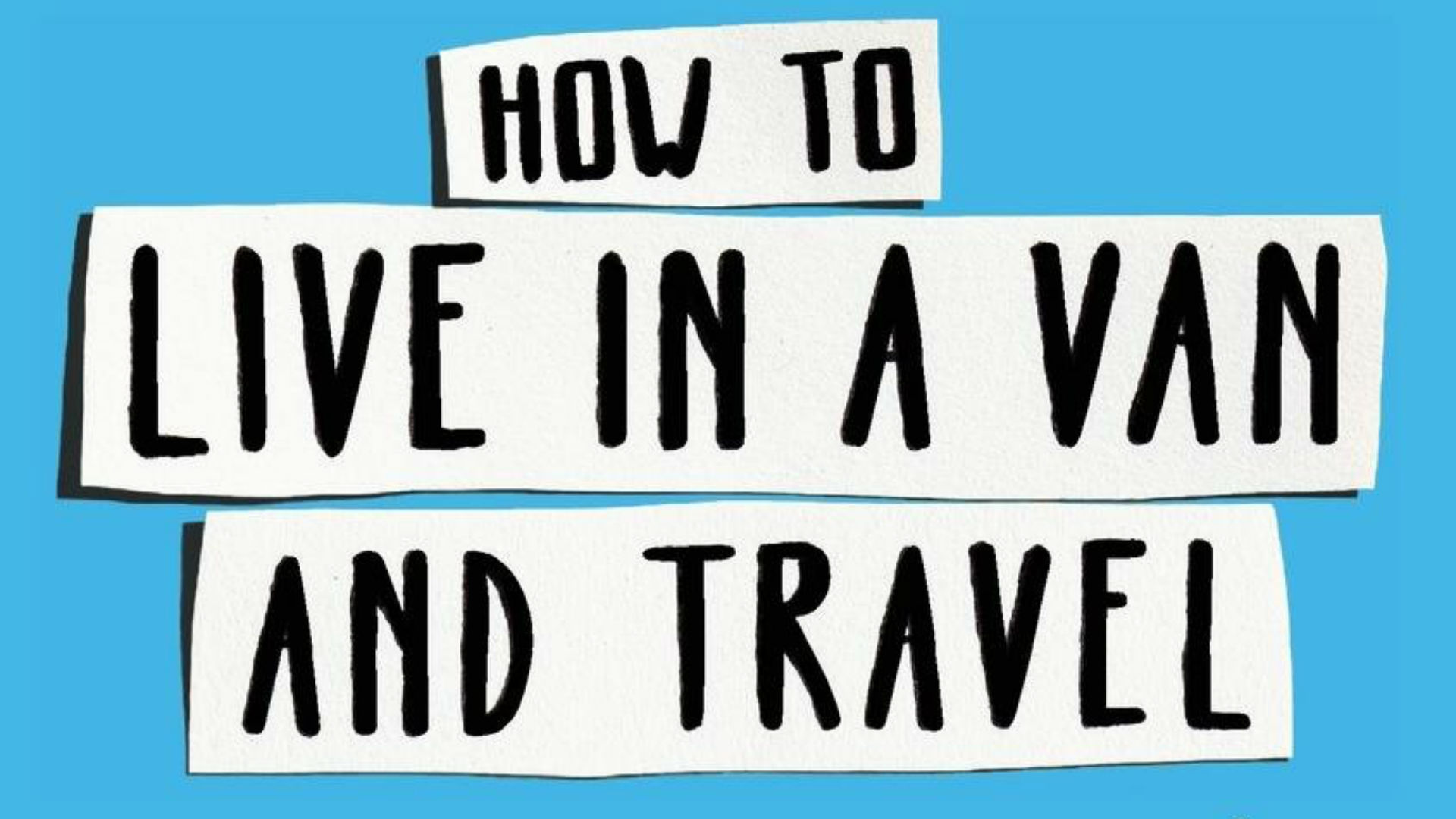 We certainly know some people who would like to make a clean break following the events of 2019. Mike Hudson’s book explains how you can escape modern life in a campervan or motorhome. Mike has been living the dream in his ‘van-home’ for the past three years. Come Boxing Day, you might fancy doing the same thing…

Buy How to Live in a Van and Travel on Amazon