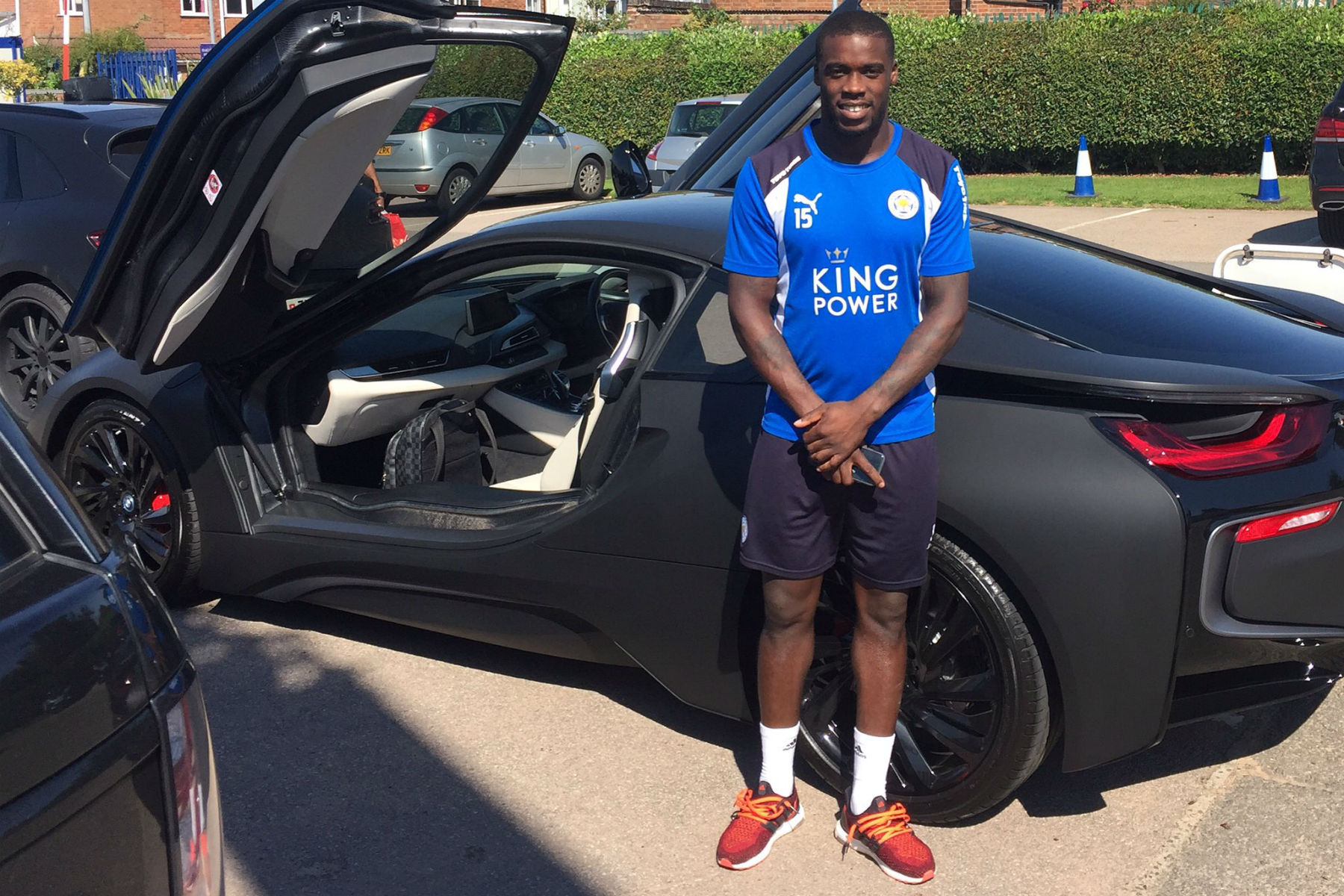 A fleet of identical BMW i8s given to Leicester City players is causing some confusion in the car park – leading to some getting their cars wrapped in a different colour to make them stand out.

The line-up of blue BMW i8s were given to the players by the team’s Thai owners as a reward for winning the Premier League.

But now, seven of the footballers have asked a local company to fit wraps to their cars.

The work, said to cost £2,000 a car, is being carried out by AC13 Premier – a specialist company managed by ex-Forest and West Ham star Marlon Harewood.

It can take several days for each wrap to be done properly – and can be reversed entirely if the player decides to sell their car.

The supercar combines an electric motor with a 1.5-litre petrol engine. It can hit 62mph in 4.4 seconds while top speed is limited to 155mph.