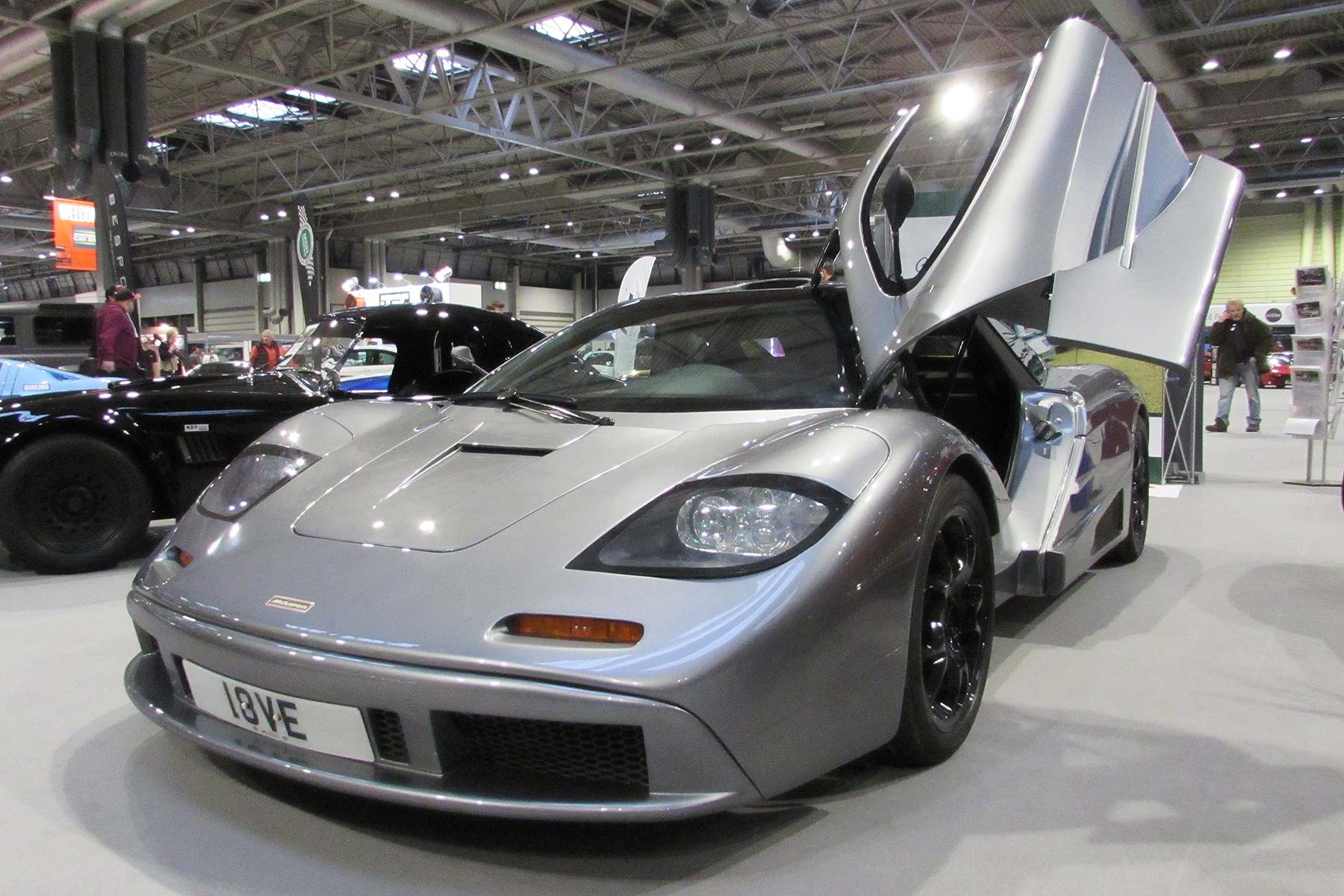 The McLaren F1 is famously rather expensive. Last year, a pristine one sold for £11.5 million. Rowan Atkinson’s many-times-crashed car sold for £8 million back in 2015. Basically, if you don’t have a bank balance with seven, preferably eight figures in it, your luck’s out.

Or is it? See the F1 above? That car’s up for sale for a ‘mere’ £150,000. And if you’re quick, you could do the deal this weekend at the NEC’s Autosport International, where it’s currently on display.

Just one catch. It’s not a real McLaren F1. It’s a replica. But how many of you realised that, at a glance?

The company selling it is called Total Headturners, a firm that specialises in classics and replicas. A spokesman there said that when they were offered the F1 replica, they jumped at the chance. “It’s a really good job – we reckon the guy who had it done must’ve had a mate who owned a real one, because some of the shapes are very accurate.”

It’s not a kit car, he added. “It’s a scratchbuilt car, a custom-built one-of-one. It’s based on a spaceframe chassis, has race-derived suspension… and the engine, gearbox and brakes are all from an Audi R8 V8.” This is far from your Mazda MX-5-derived look-alike special. 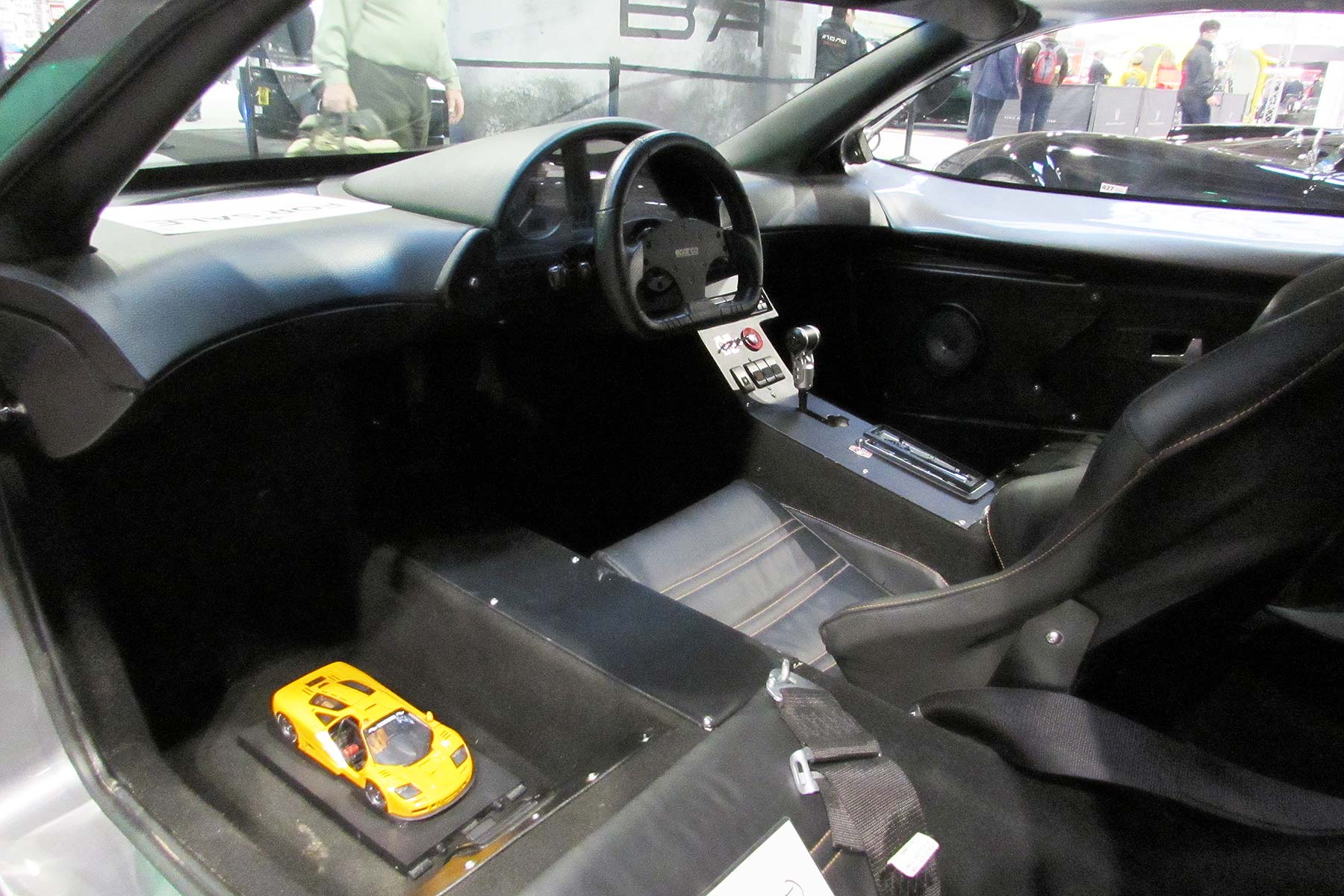 It even has a central driving position. Admittedly, the interior is not a well-formed as the exterior, but it still has high-end details such as Audi R8 instrumentation. And you can’t really see the interior from outside, so it’s not likely to be a dealbreaker.

Creating it wasn’t cheap, and took a full seven years to complete. It used to be painted a garish orange, but Total Headturners had it repainted a more authentic gunmetal grey. Even in this more subtle hue, “it gets Top Trumps at any car show”. 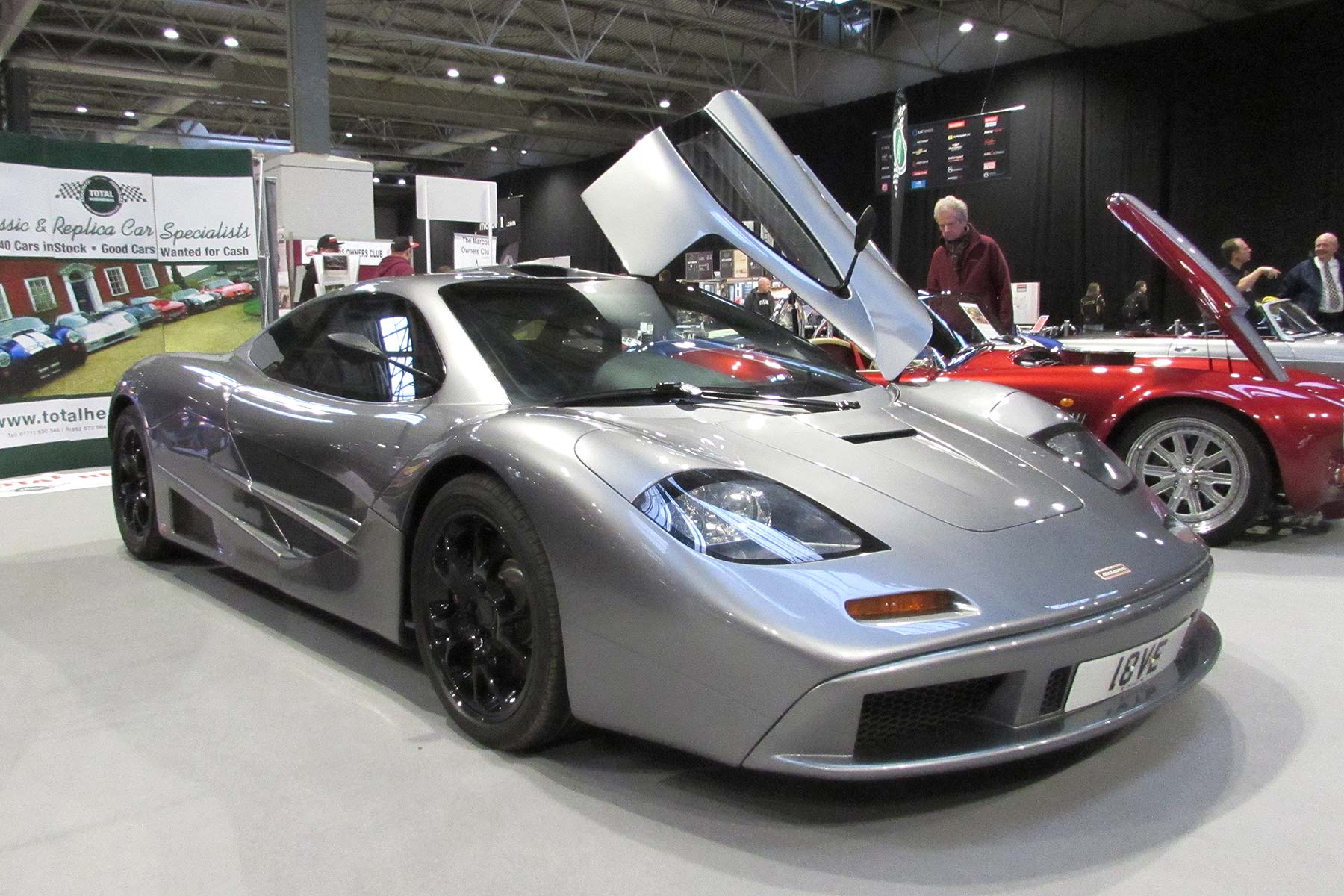 It won’t be for everyone. It’s not a real F1, and you can of course pick holes in it if you look more closely (or, more starkly, park it next to the real thing). But it nevertheless has a drivetrain with supercar kudos, is said to drive better than you may fear a look-alike might and, according to the company’s calculations, costs less than 1 percent of the real thing.

Given all that, surely it’s got to be worth a punt for someone looking out for something a bit different..?