Bring a Trailer currently has this distinctive mid-engined machine for auction, featuring a substantial boost in power over the regular NSX 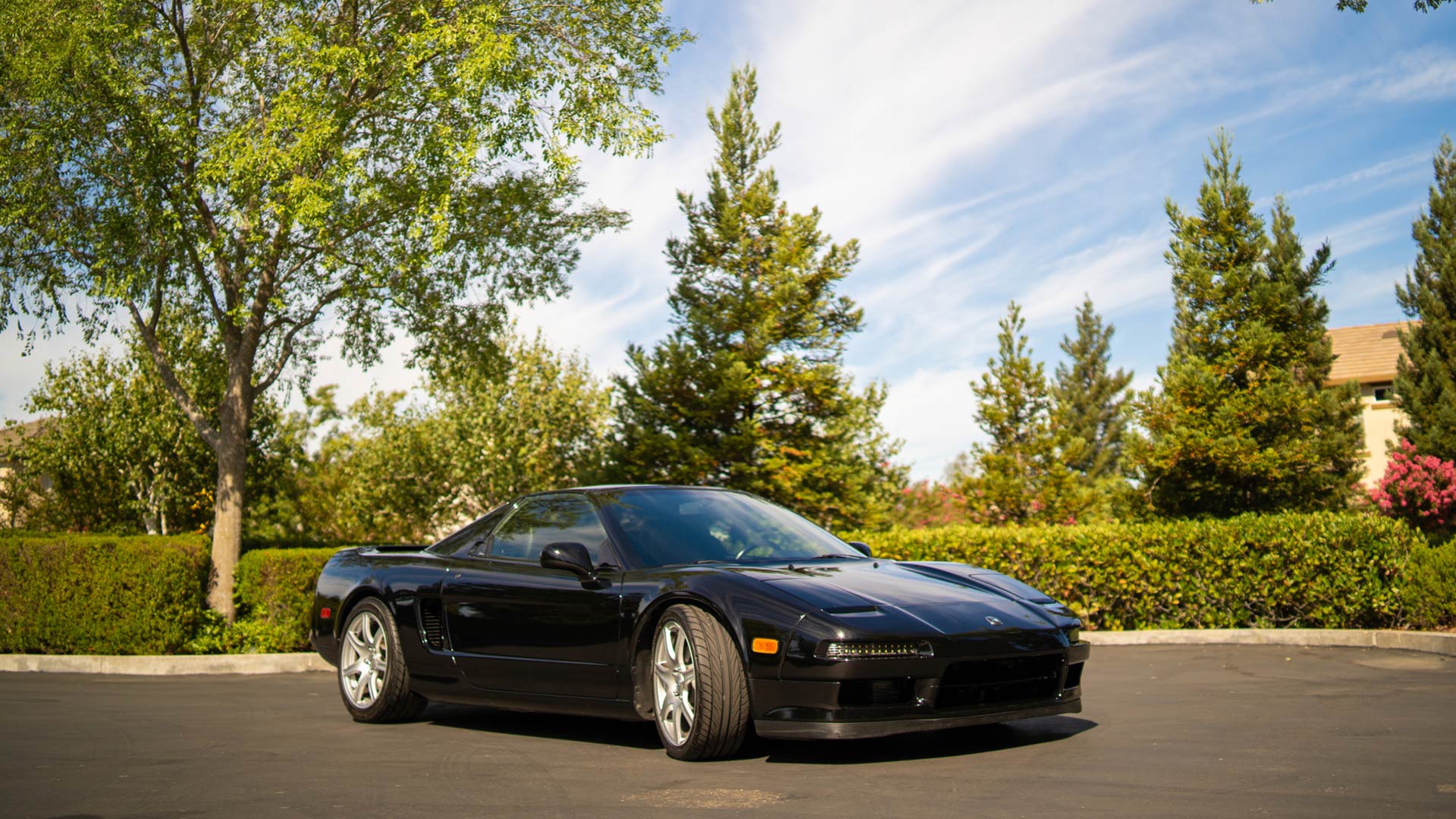 With the start of Monterey Car Week less than a fortnight away, now is the time to start thinking about what vehicle to turn up in.

Many big auction houses will be holding sales at Monterey, that won’t be much use if you actually need a new ride to arrive in.

Fortunately, auction website Bring a Trailer has a number of sales finishing before the start of Monterey Car Week, including this modified (and supercharged) 1998 Acura NSX-T. 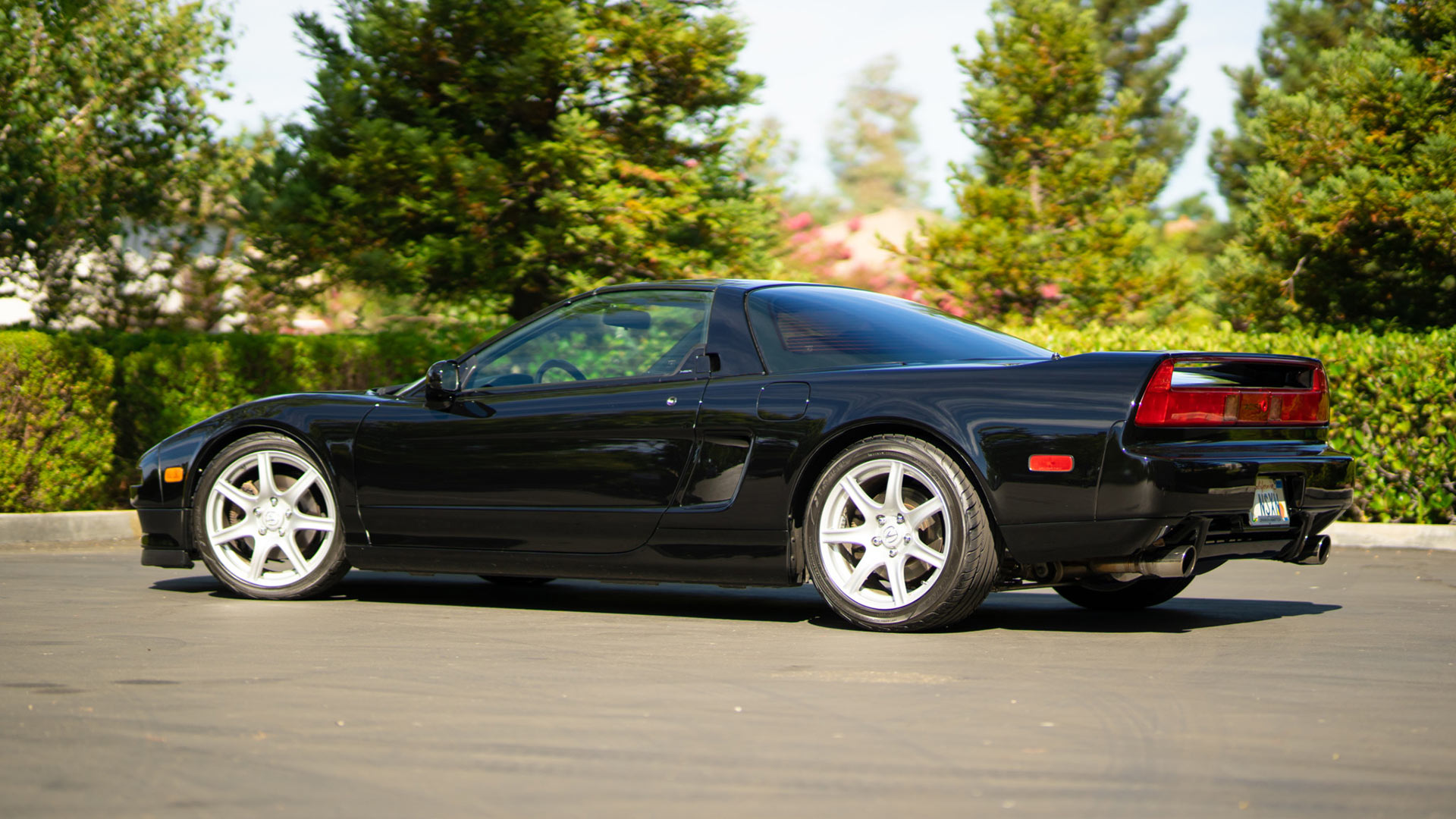 Helpfully, this Berlina Black NSX-T is located in Sacramento, California, placing it just a few hours away from the center of Car Week festivities.

As an NSX-T, it features the removable targa roof panels, offering up open-air motoring in this mid-engined sports car. The tradeoff for the removable roof was a loss of chassis rigidity, and additional weight from the extra bracing required.

The seller notes that the paintwork does have some minor cosmetic flaws, and that the hood was repainted by the previous owner. Having covered 63,000 miles, this NSX has clearly been driven and enjoyed. 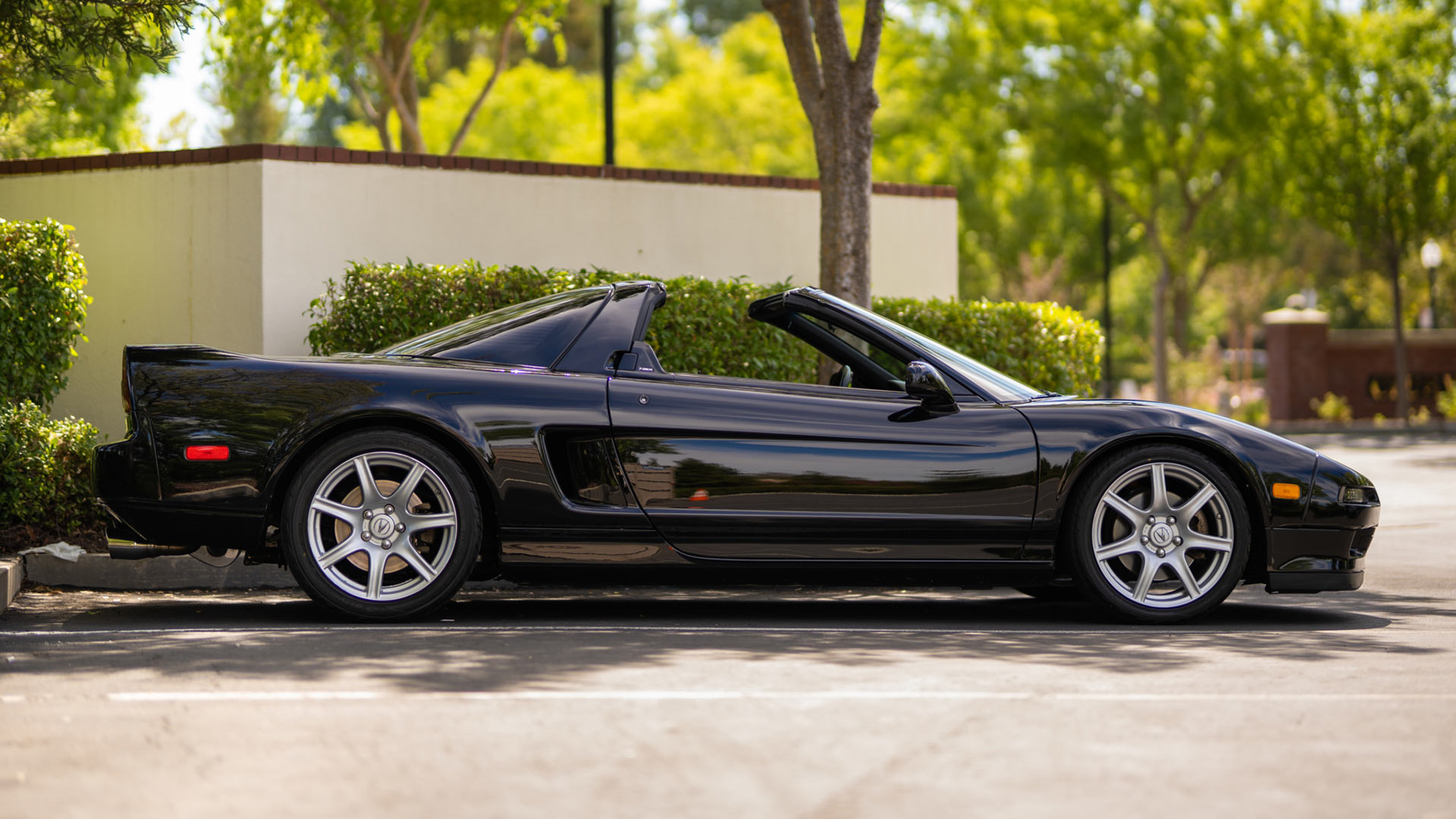 Owned by the seller since December 2003, some 23,000 miles have been added during their tenureship of the NSX-T. The seller is also responsible for adding the Comptech supercharger.

The standard ‘98 NSX-T was fitted with a 3.2-liter V-6 engine, producing 290 horsepower and 210 lb-ft of torque. Adding forced induction, along with a Comptech exhaust system and manifold headers has resulted in a substantial boost.

Power now peaks at 385 horsepower, with torque at 274 lb-ft. Dyno printouts have been supplied to confirm the output, whilst commenters on Bring a Trailer have also endorsed the Comptech supercharger setup. 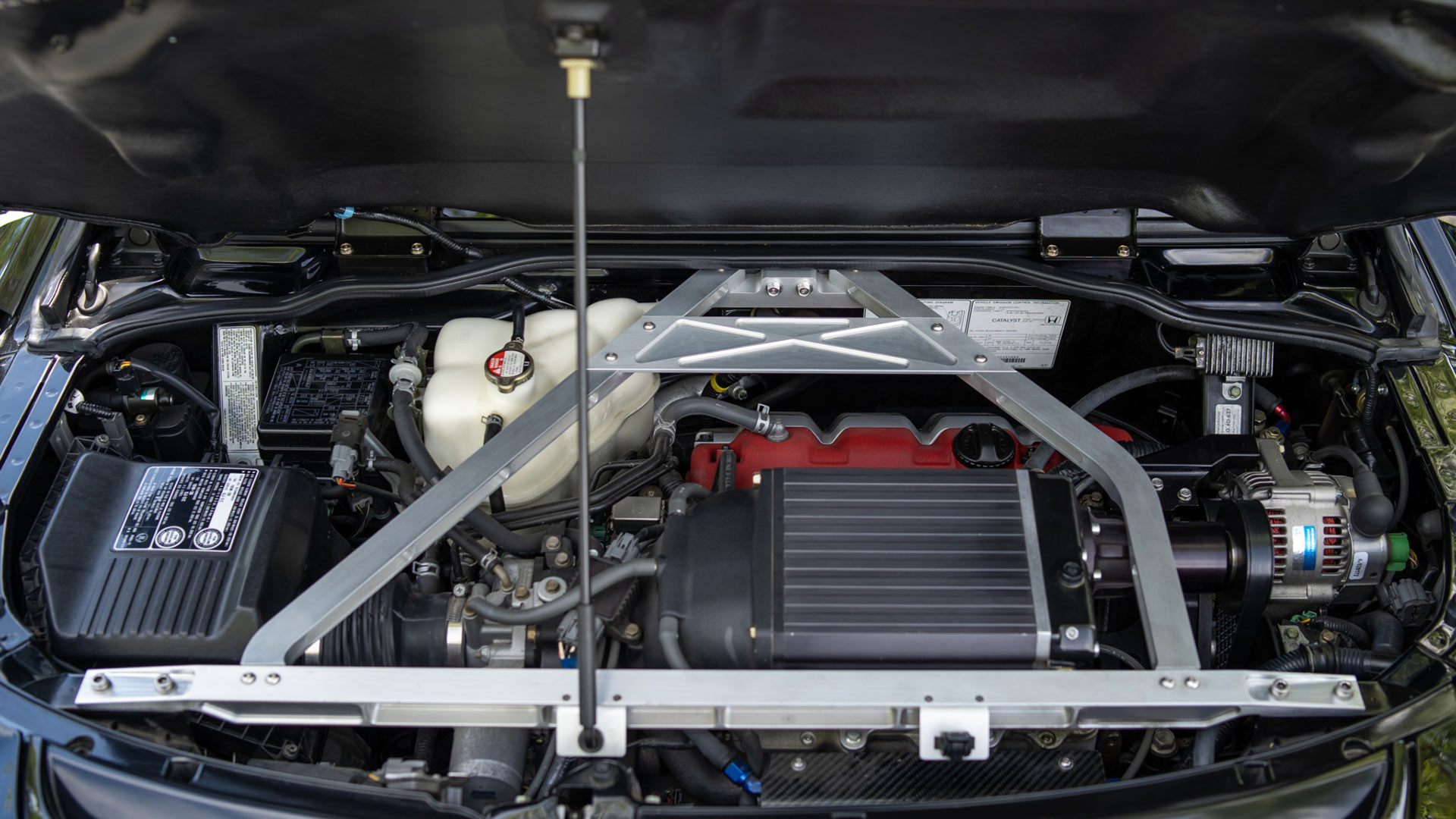 A six-speed manual transmission handles the extra power, with an uprated DC Sport clutch also fitted. Driving Ambition, a noted Californian NSX specialist shop, completed a replacement of the timing belt amongst other maintenance work in 2011.

Last serviced six months ago, this NSX-T is also compliant with California’s requirements on emissions testing. A new owner should seemingly have no worries about driving it down to Monterey.

Bilstein shock absorbers with modified toe links have been fitted. A set of 17-inch alloy wheels from the later facelifted NSX are also present, along with spacers. The seller notes that this has caused rubbing on the front wheel wells, but that the original rims are included. 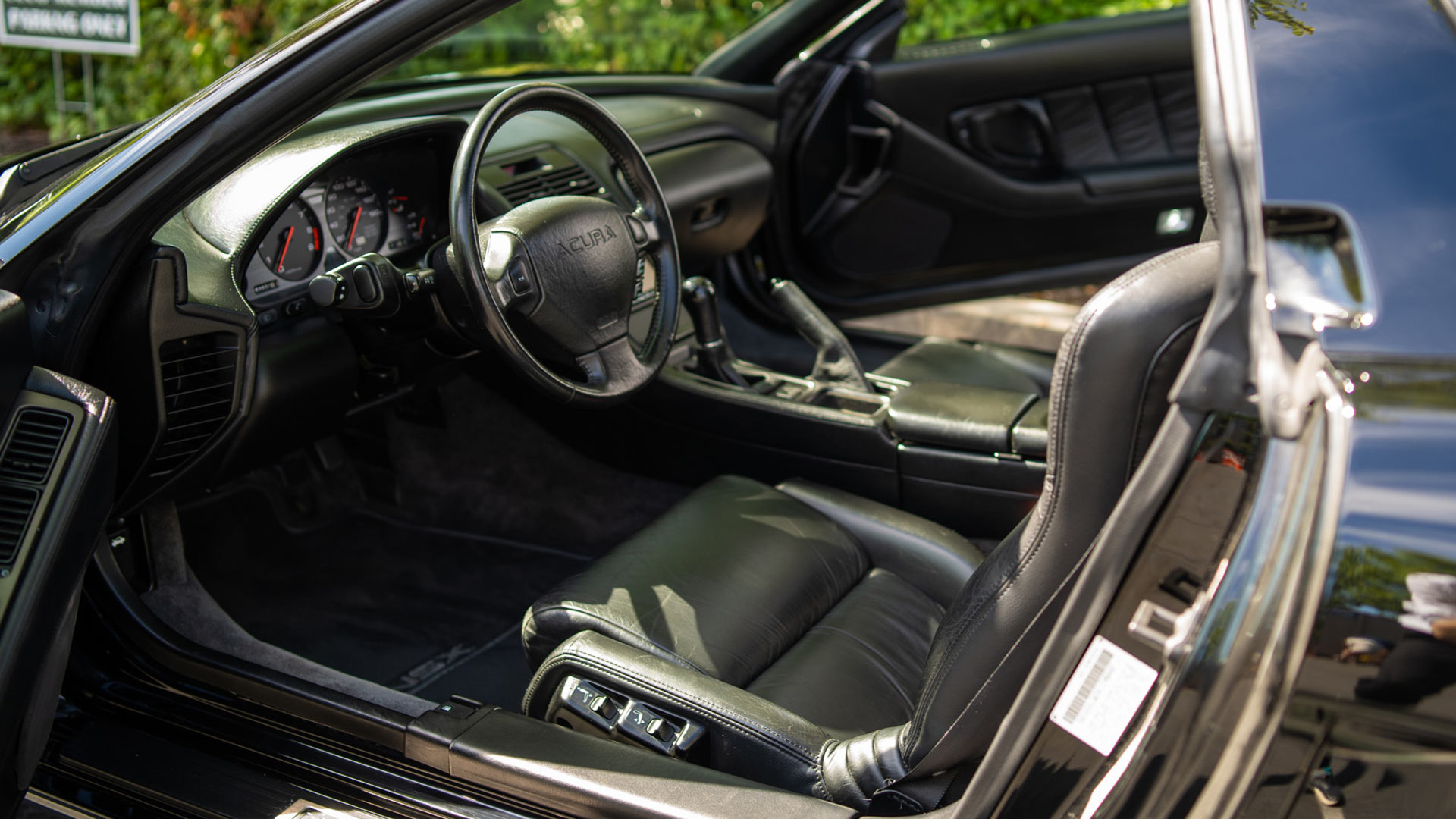 Black leather can be found throughout the interior, adding a luxurious feel in keeping with the upmarket image the Acura badge is intended to portray.

A Pioneer touchscreen stereo system has also been added by current owner. This features satellite navigation, meaning there should be no issues on locating Car Week meetups. 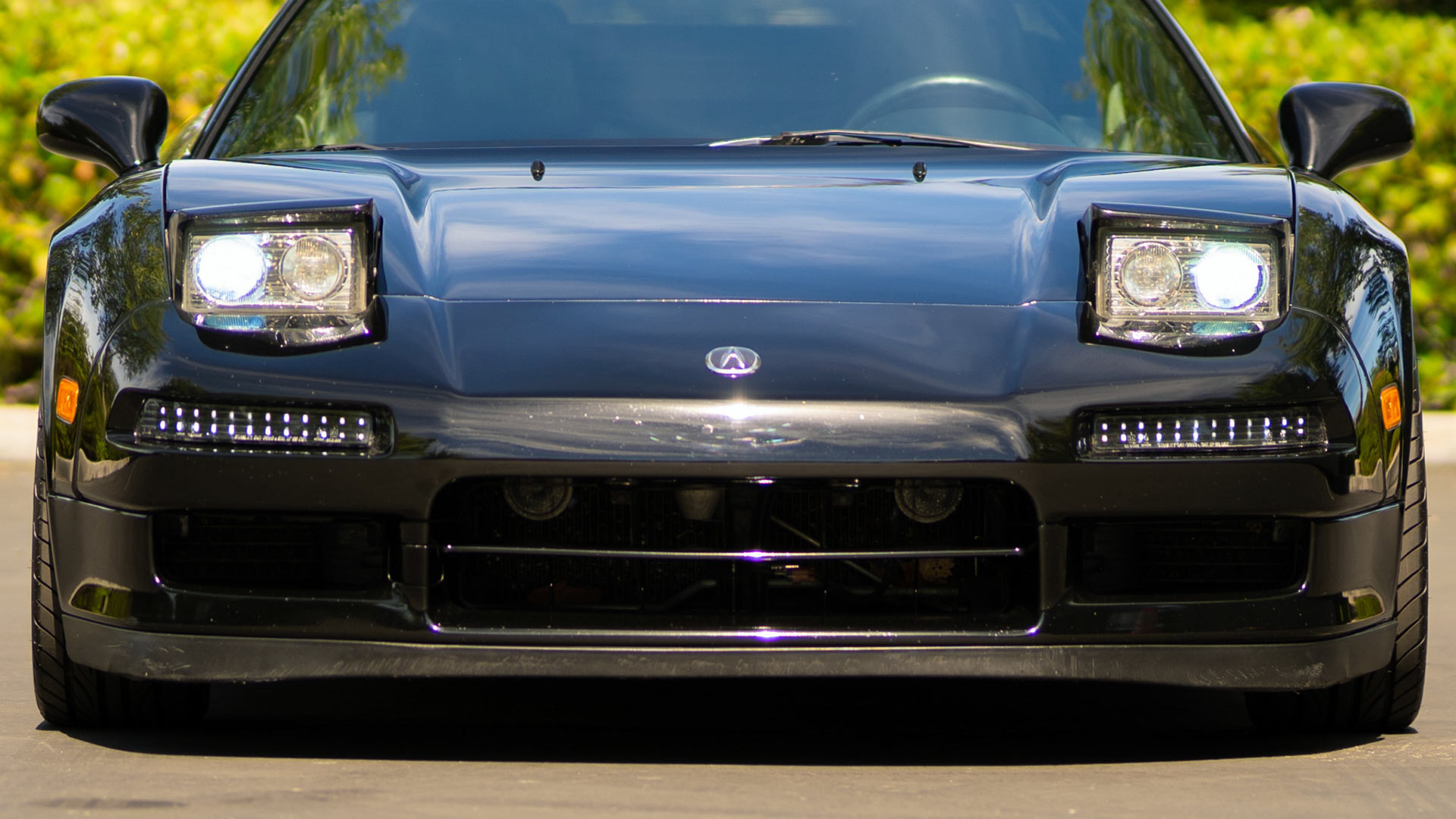 Originally registered in Texas, followed by Pennsylvania, the NSX-T now comes complete with a clean California title. It is also current wearing a NSX-related license plate for good measure.

Although the car was reported stolen in May 2003, an inspection recorded “no or little damage” when recovered.

The combination of mileage, and the boosted performance from the supercharger, mean a new owner could potentially enjoy thousands more miles cruising beneath the California sun. Bidding ends on Friday August 9, giving the new owner a week to prepare for Monterey 2019.