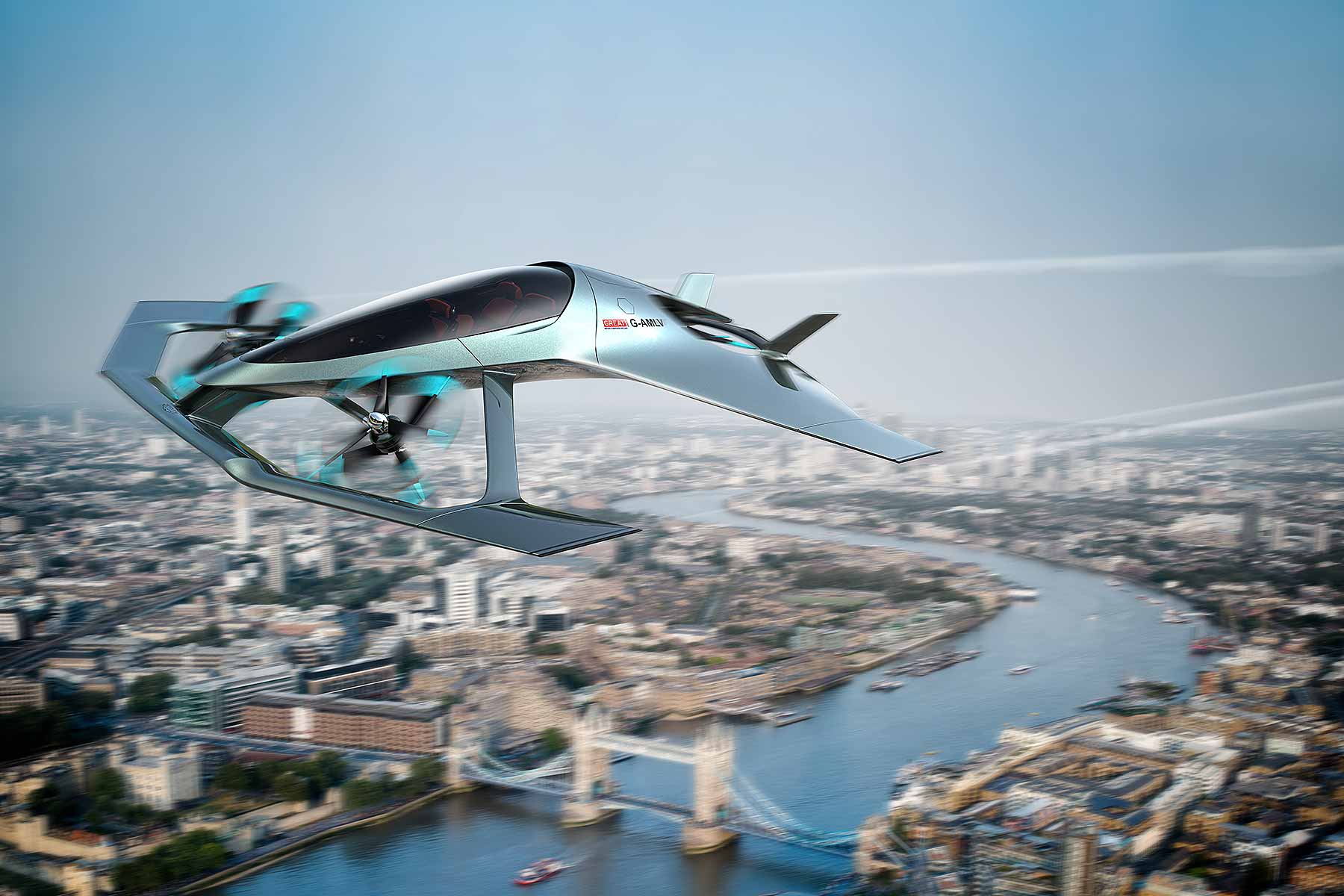 Aston Martin’s expansion in the luxury goods sector could see it move into luxury aircraft, with the reveal of its Volante Vision Concept at Farnborough debuting “an exciting alternative transportation solution for customers across the globe”.

Developed in partnership with Cranfield University, Rolls-Royce and Cranfield Aerospace Solutions, the three-seat flying Aston is billed as a hybrid-electric autonomous vehicle for urban and inter-city travel.

The new aircraft, able to take off and land vertically (like a Harrier Jump Jet) will be fast, efficient, not get jammed up in road congestion and, crucially, be very luxurious and plush inside. It will also give Aston Martin’s ever-broadening design division an entirely new platform to develop its signature look. 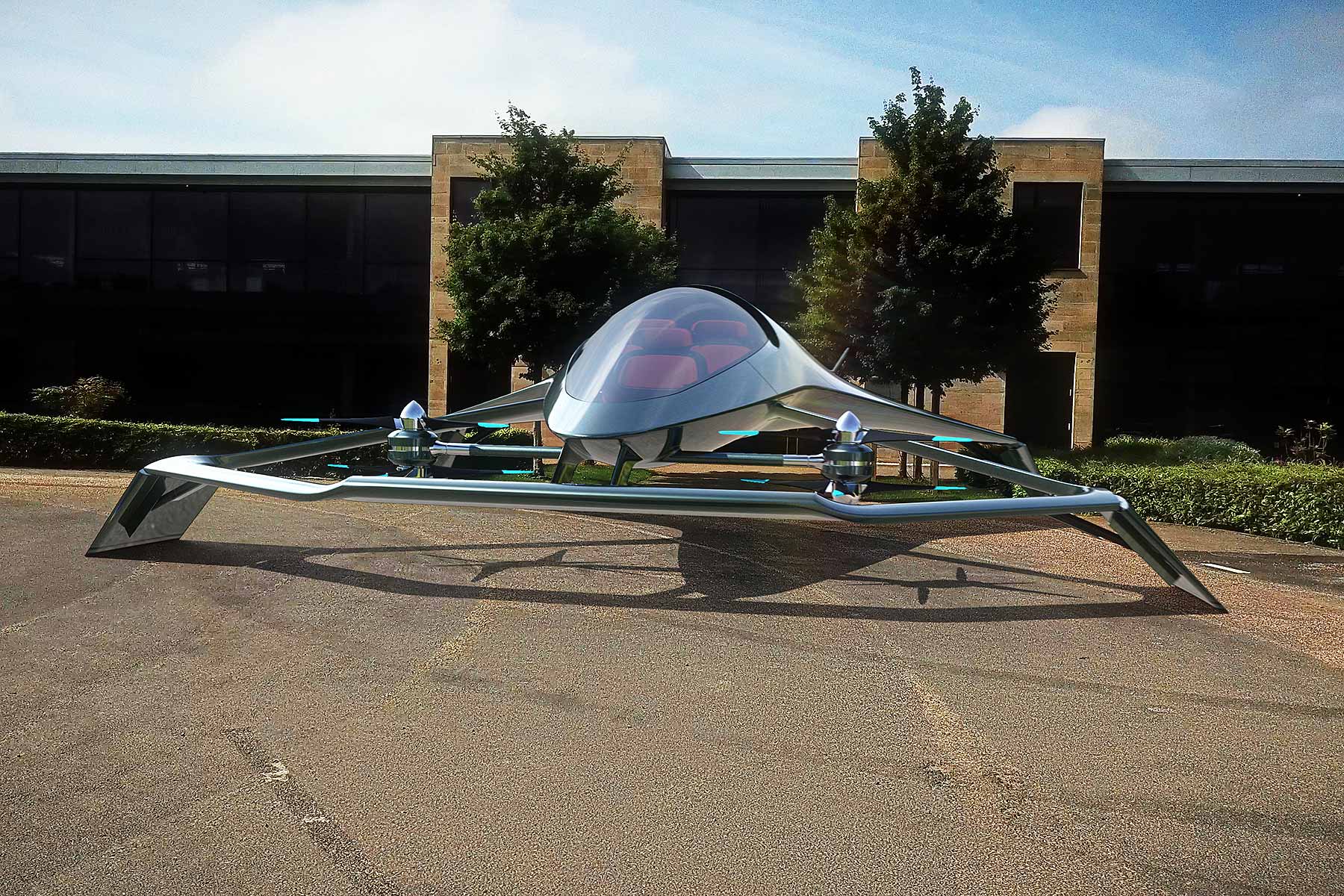 Impressively, Aston claims it is a “near future study”, meaning it could start flying in prototype form sooner than we may think. 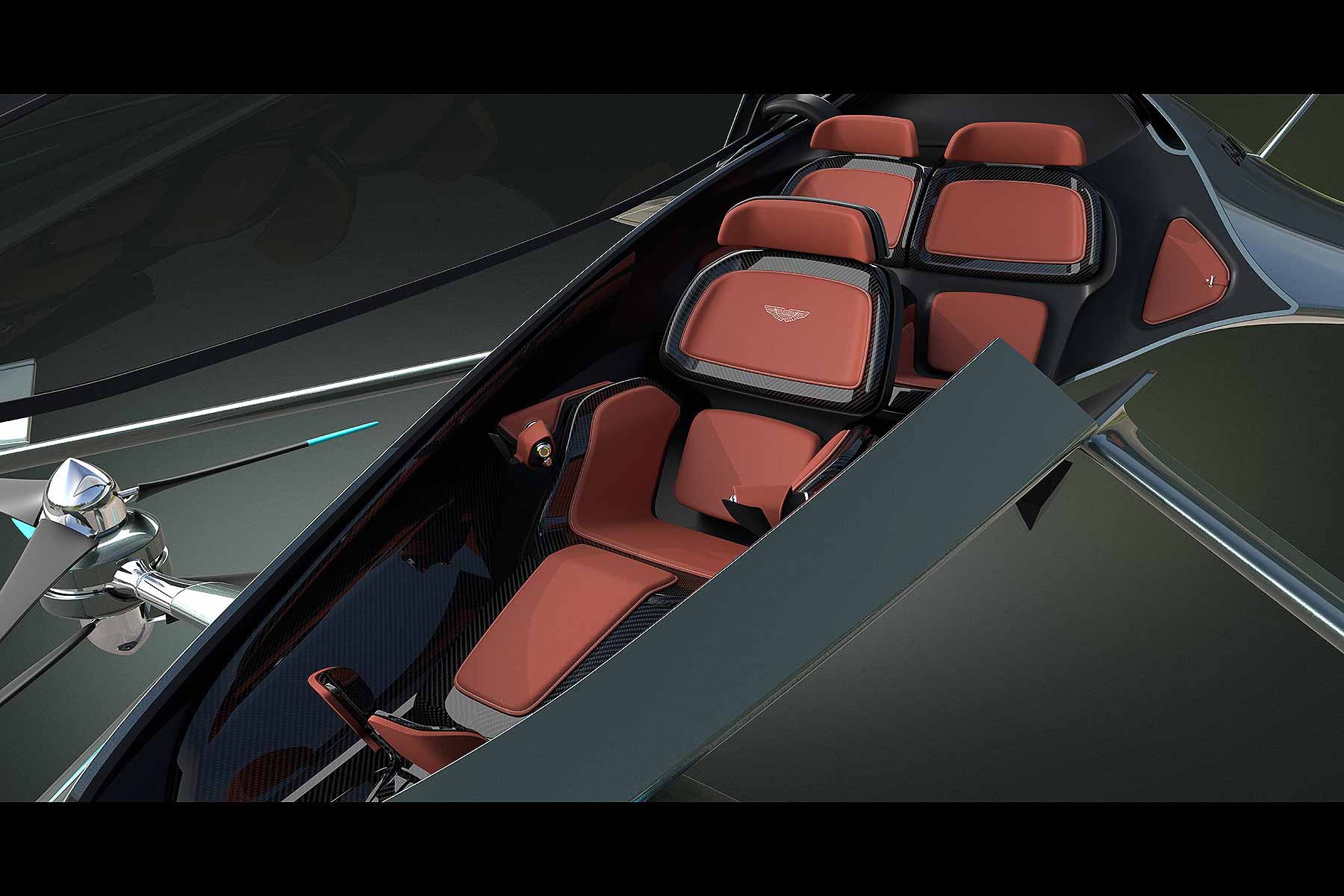 Explaining Aston’s move to the skies, president and CEO Dr Andy Palmer said: “With the population in urban areas continuing to grow, congestion in towns and cities will become increasingly demanding.  We need to look at alternative solutions to reduce congestion, cut pollution and improve mobility.

“Air travel will be a crucial part in the future of transportation, the Volante Vision Concept is the ultimate luxury mobility solution.”

We’ve always spent about an hour commuting to and from work, he said, and the distance we live from work has been based on the types of transportation available. Aston’s new aircraft will allow people to live further away from work as they’re able to travel further in that hour.

“Cities will grow, and towns that are today too far away from cities to be commutable will become suburban.” The Volante Vision Concept will “change the future of transportation, giving our customers a new dimension of freedom”.

“With Aston Martin and our ‘dream team’ of British innovation across industry and academia, we are positioned to change the future of transportation, giving our customers a new dimension of freedom”.

Rolls-Royce director of electrical Rob Watson said: “Rolls-Royce has already delivered hybrid-electric systems for other applications including ships and trains, and we’re very excited about the potential of the technology in aerospace.

“This is a great opportunity to collaborate on a pioneering project which will use high performance hybrid-electric propulsion technologies for personal air mobility concepts that could transform the future of transportation.”