Aston Martin won the 24 Hours of Le Mans in 1959 with a mesmerising team display. 60 years on, a special run of 24 DBS 59 Superleggera celebrates it 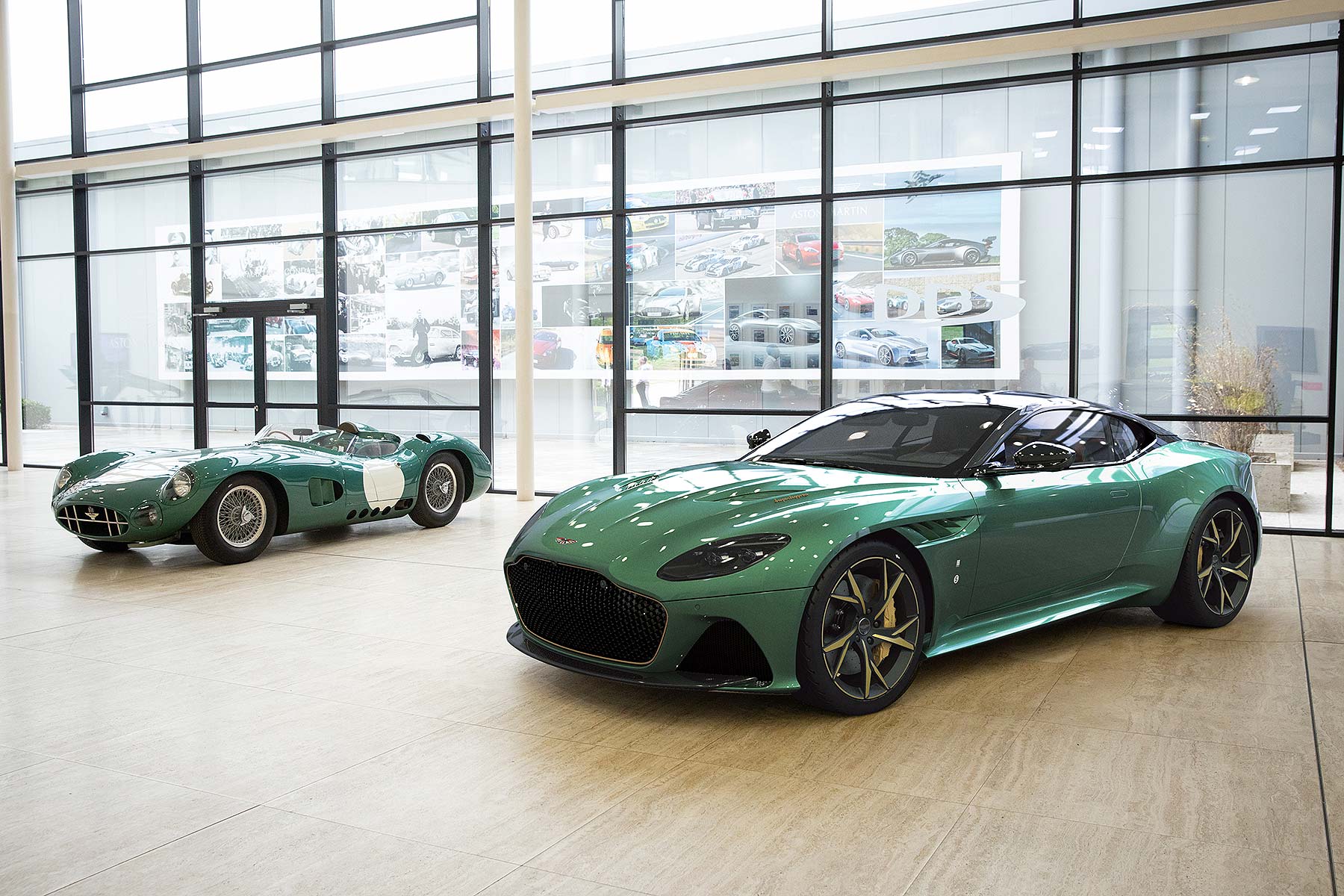 Aston Martin won the Le Mans 24 Hours in 1959. 60 years on, Aston Martin Cambridge has commissioned the firm’s bespoke Q division to create a run of 24 special editions: the DBS 59.

They’re derived from the DBS Superleggera, itself a name that first appeared in 1959, on the DB4 Superleggera. These days, the 715hp, 211mph machine is Aston’s fastest new car. The perfect base for a Le Mans-inspired edition. 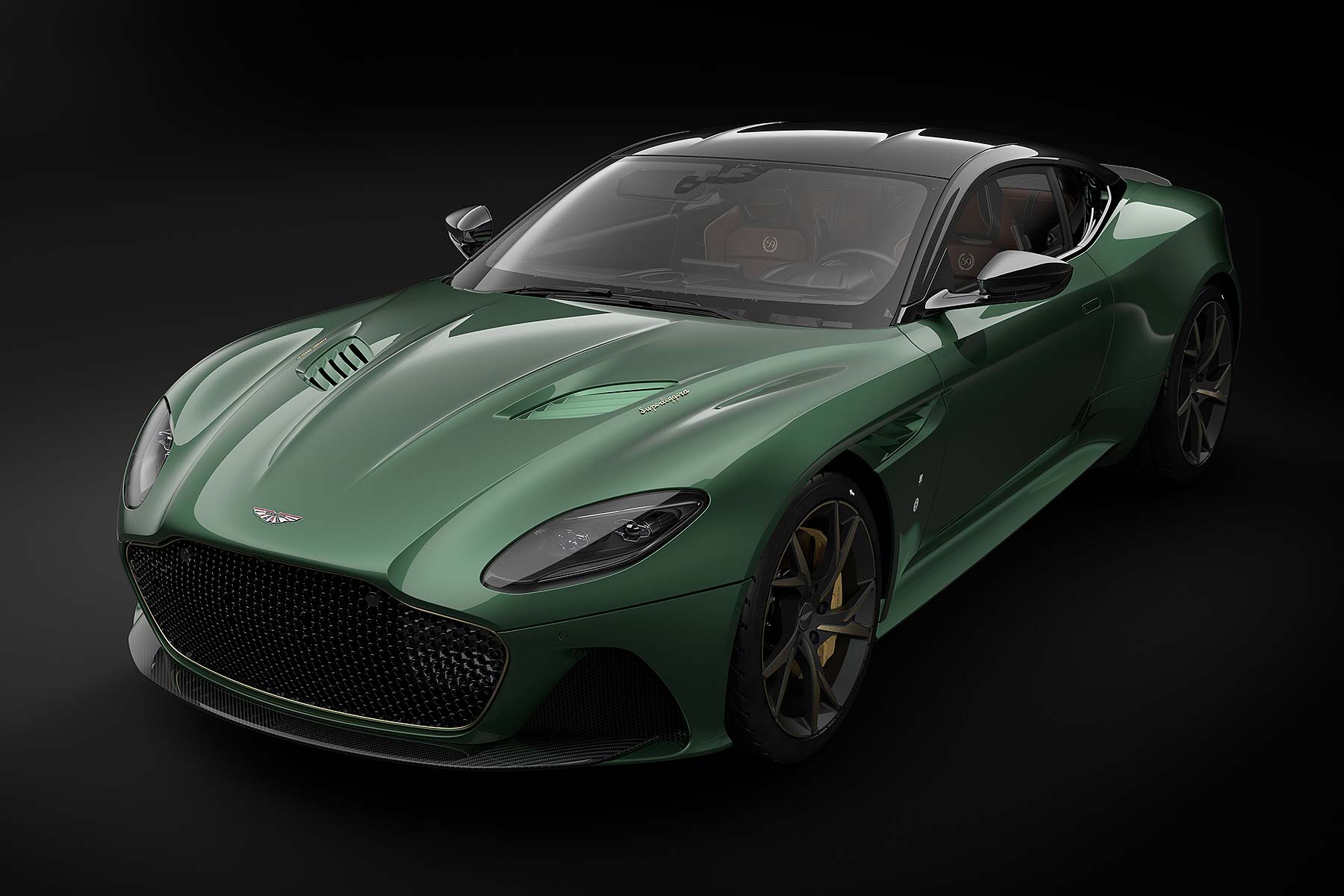 Aston Martin actually finished 1-2 in the 1959 24 Hours of Le Mans, with Carroll Shelby’s DBR1 taking the chequered flag ahead of the rest – a field that included works Ferrari and Porsche entries, plus the famous Ecurie Ecosse Jaguars.

In Aston Martin folklore, then, the DBR1 is a very special car. One that inspired someone to pay £17.5 million for one at auction in 2017, making it the most valuable British car in history. 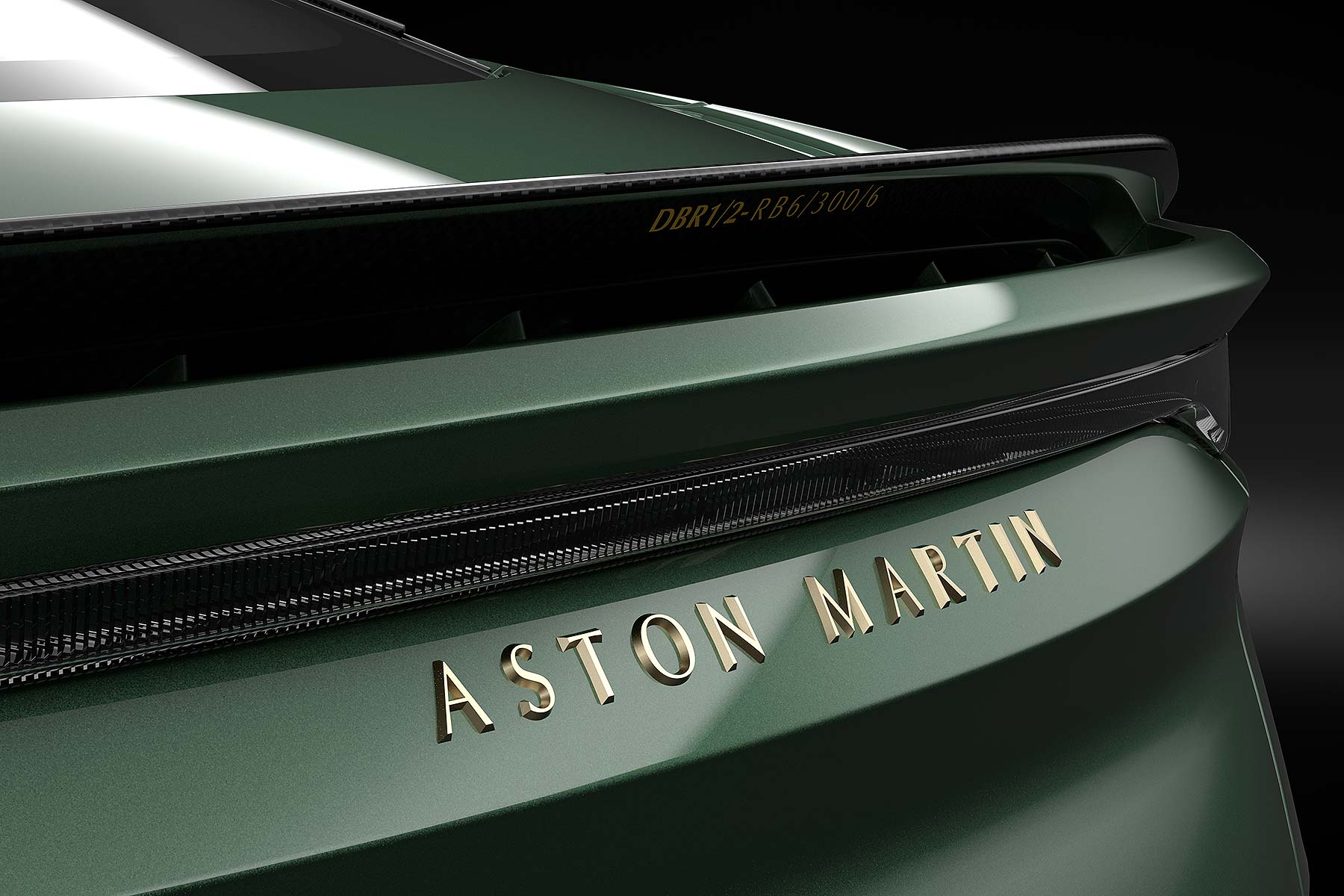 While not quite as famous, the DBS 59 is special in its own right. It is painted in the same Aston Martin Racing Green paint, with carbon fibre roof, bonnet louvres and other details. Chestnut tan leather features inside, and so too does DBR1-style fabric on the seat backs and door inserts. Note also the use of bronze, both outside and in. 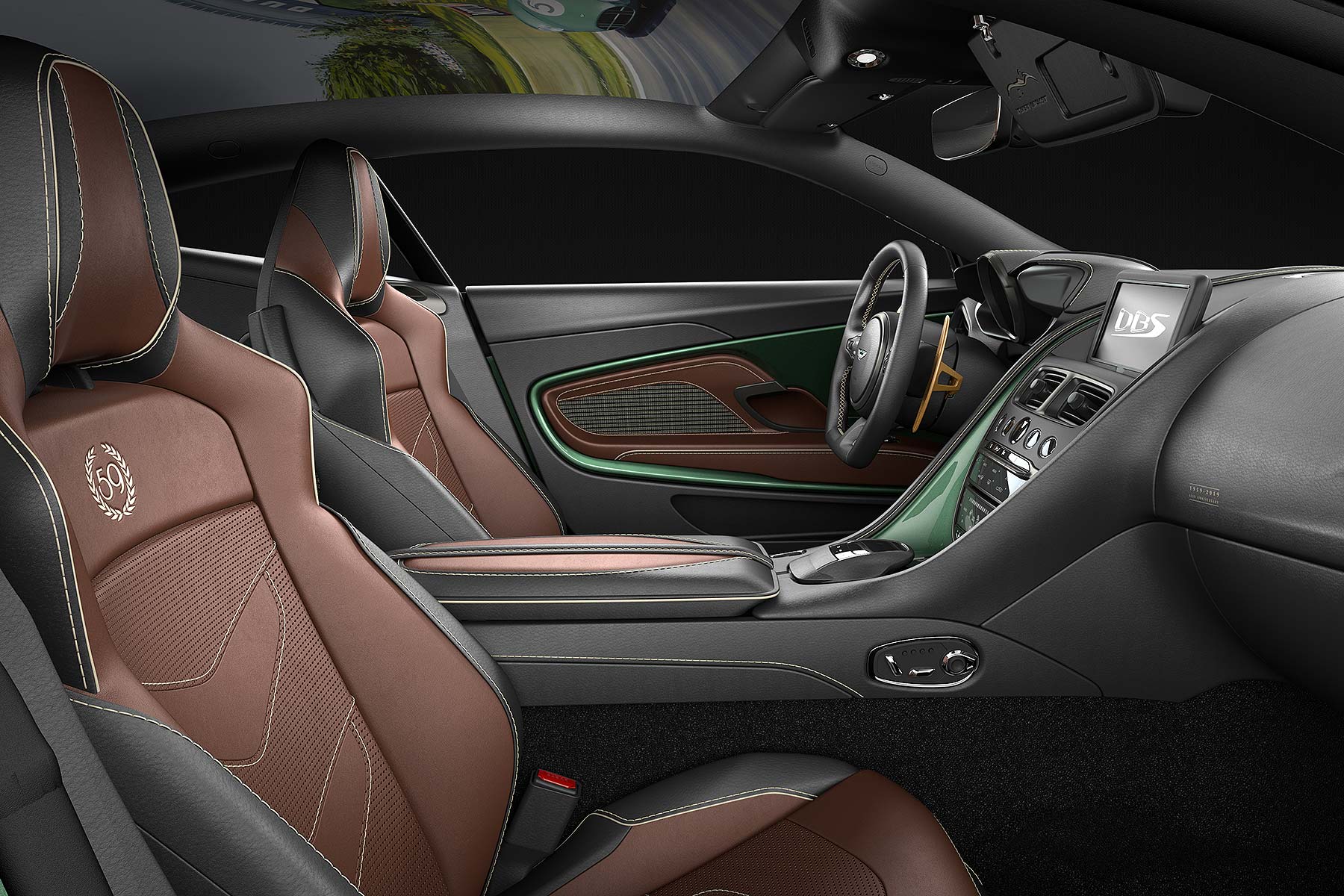 Not special enough? Then you’ll love the saddle leather helmet pods in the rear – which hold bespoke DBS 59 race helmets, suits and gloves.

How can you tell which of the 24 DBS 59 you have? From a painted white roundel next to the side strakes. Choose the car cover and the same number will feature on it. 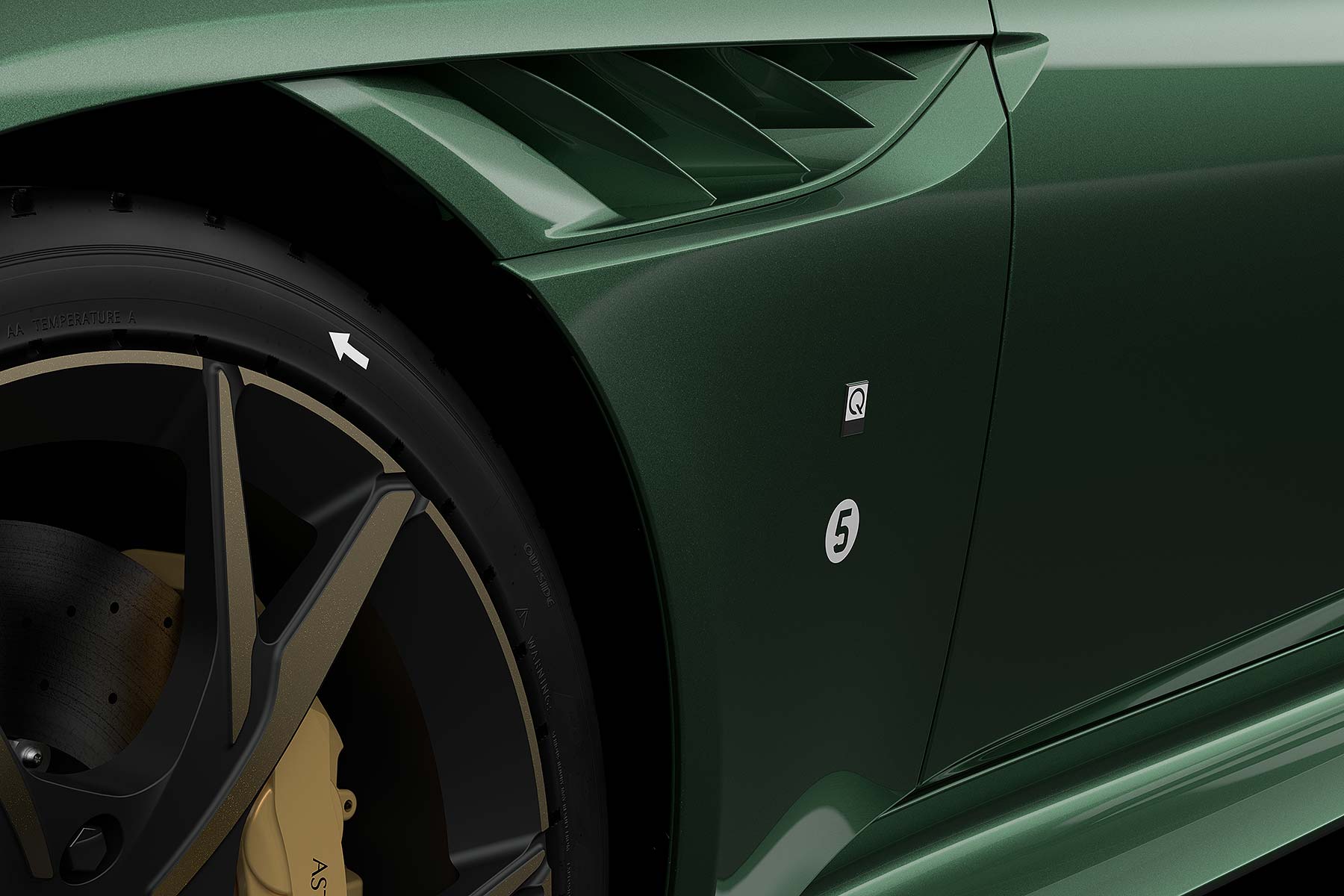 Aston Martin VP and chief marketing officer Simon Sproule said: “When Aston Martin Cambridge expressed a desire to create a limited run of DBS Superleggeras inspired by the DBR1’s famous Le Mans victory we knew it had to be something special.

“My favourite element on the ‘DBS 59’ are the seat backs that feature fabric inspired by the DBR1 seat material, but there are countless touches that will intrigue and delight”.

Aston reminds us this is the fourth Q by Aston Martin: Commission car. The previous three? They are:

What does that sensor on my car windscreen do?

Modern cars are packed with technology, including sensors fitted behind the interior rear-view mirror. This is how they work.
Read more