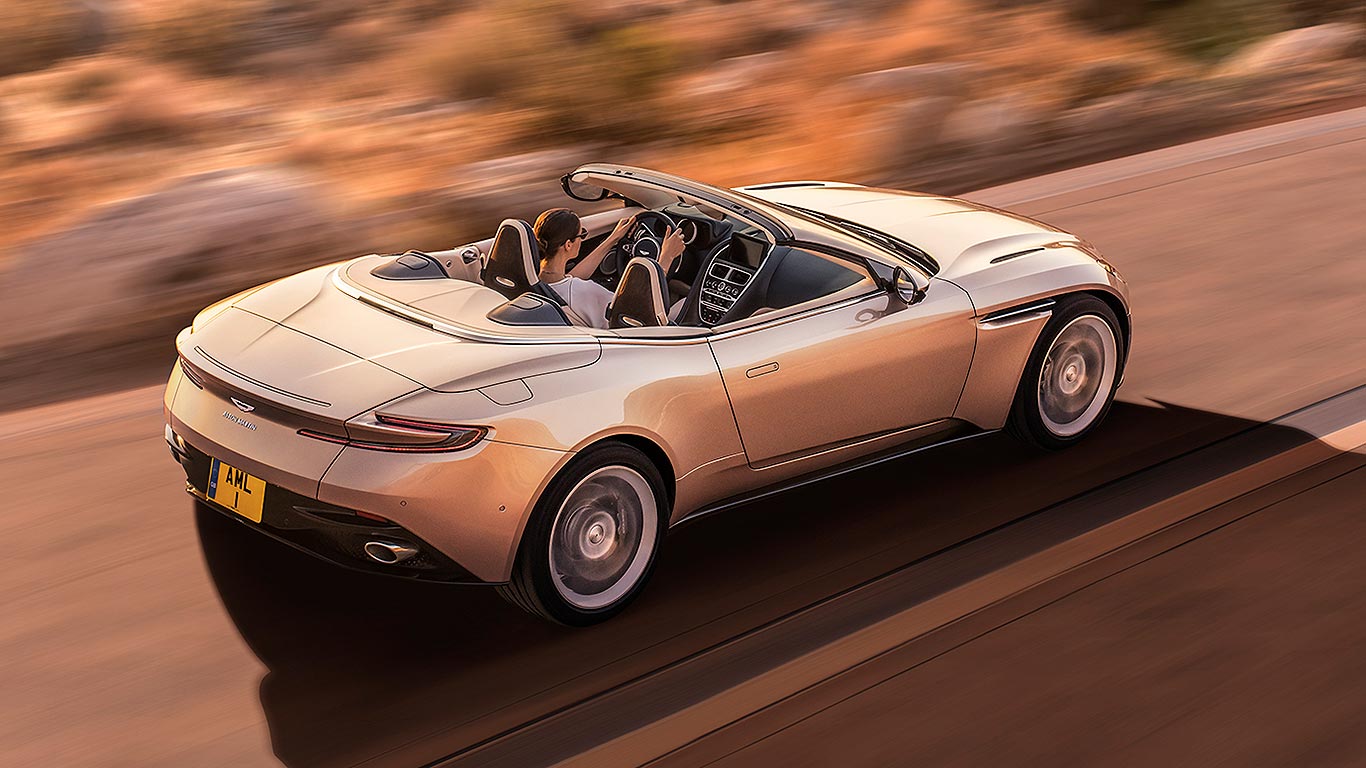 Replacing the DB9 Volante (yes, in Aston-speak, ‘Volante’ means ‘convertible’), the new DB11 Volante carries across the striking styling of the DB11 coupe into an arguably even more beautiful new open-top profile.

Roof down, the new machine is extremely elegant, with flowing and very graceful lines that, roof down, elegantly expose the car’s impressive new interior. Aston’s gone big on purity and sophistication, eschewing the faux sportiness of some alternatives to make it appear much more debonair and suave.

The fabric hood folds flat – the height of the roof stack is class-leadingly compact – to expose a 2+2 cabin that gets its own Volante-unique standouts, including seatback veneers either in carbon fibre or the beautiful wood pictured here. For the first time, the rear seats have ISOFIX fittings, so children can be seduced by Aston Martins from an early age.

The roof itself has eight layers, folding down in 14 seconds and going back up in 16. You can operate it on the move at speeds of up to 31mph or, more likely, go for the less-showy option of dropping it down as you walk up to it by holding down a button on the remote keyfob.

Aston says it has tested how weatherproof the hood is in both the Arctic Circle and Death Valley, and adds that it’s now so compact, boot space is 20 percent up on the old DB9 Volante. The interior’s bigger as well – and it’s the first open-top Aston to have a heated steering wheel. 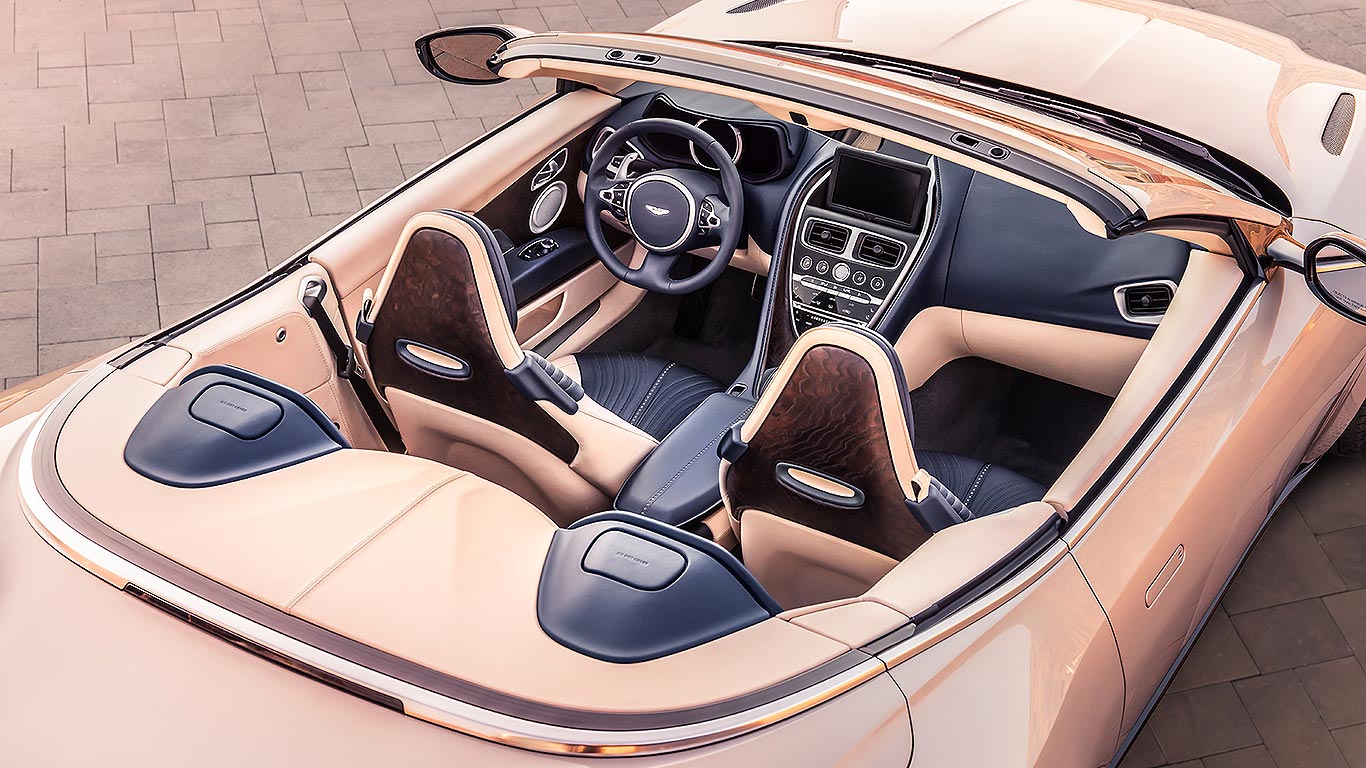 Built on the firm’s new bonded aluminium architecture, the DB11 Volante is both lighter yet more rigid than the DB9 Volante, although it still weighs 1,870kg. Good job it has a 510hp 4.0-litre V8 turbo engine then, for 0-60mph in 4.1 seconds and a 187mph top speed. Expect a V12 turbo to follow.

Aston Martin president and CEO Andy Palmer says the DB11 Volante has “a unique combination of elegant style, innate sporting ability and sensory engagement that lifts it above other open-top cars”.

But creating it hasn’t been as straightforward as making the DB11 coupe, says chief technical officer Max Szwaj. It’s all about retaining structural and dynamic integrity: “To protect the former, you need strength and rigidity, but to preserve the latter, you need to keep weight to the minimum.”

Cue the DB11 Volante, a car 26kg lighter and 5 percent stiffer than the DB9 Volante. And “the result is a truly magnificent car. One that combines greater performance and agility with increased comfort, refinement and interior space for occupants and their luggage”.

NEXT> Aston Martin has made a submarine