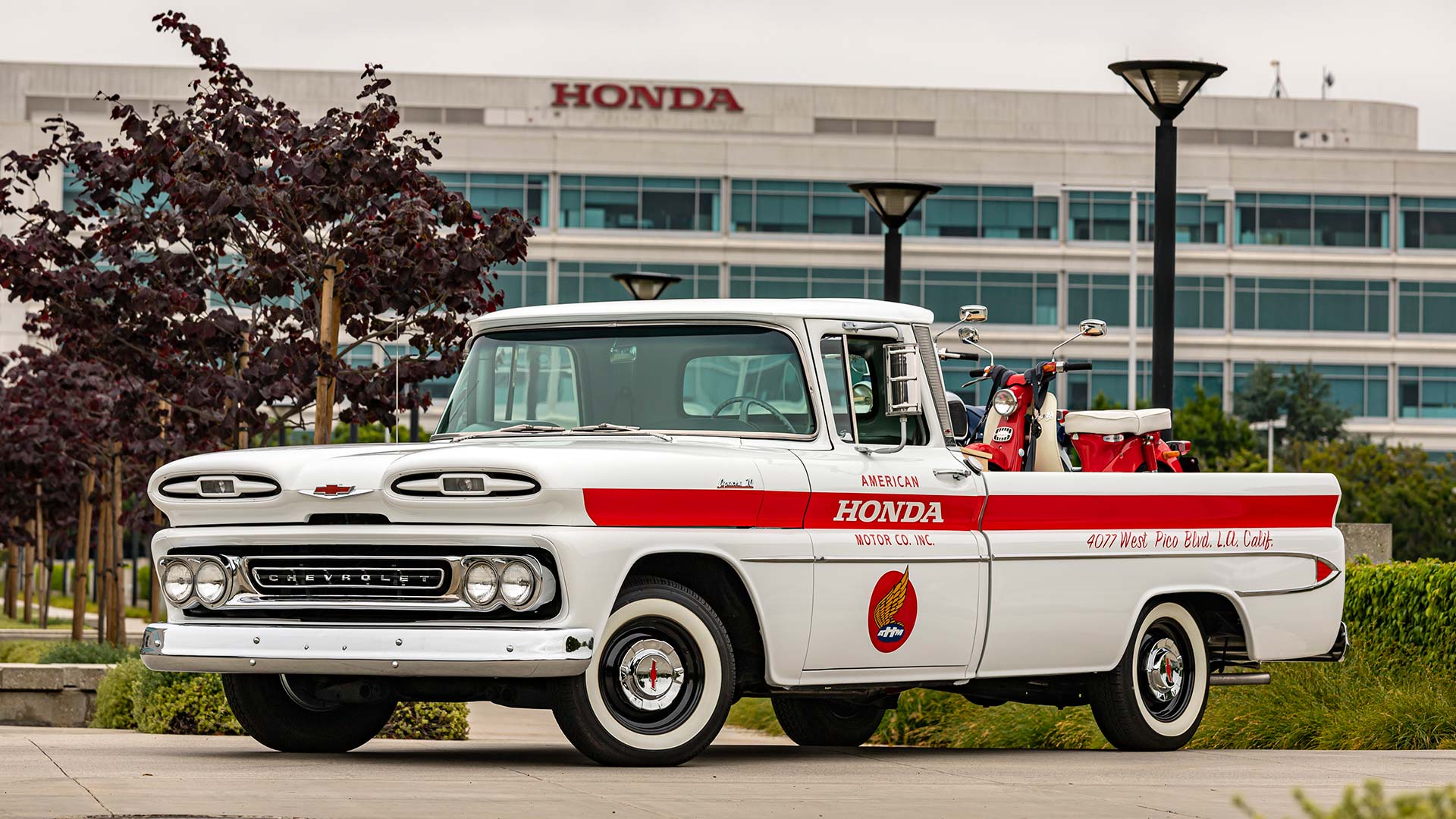 Do not check your calendar, this is not a late April Fools’ Day joke. Honda really has brought a classic Chevrolet pickup truck back to former glory.

Whilst the two companies may be strong competitors, and even fierce rivals on the IndyCar circuit, Honda is intrinsically linked to Chevy in the USA.

To understand the relationship, we need to head back to 1959, when Honda’s very first North American outpost was opened in Los Angeles. 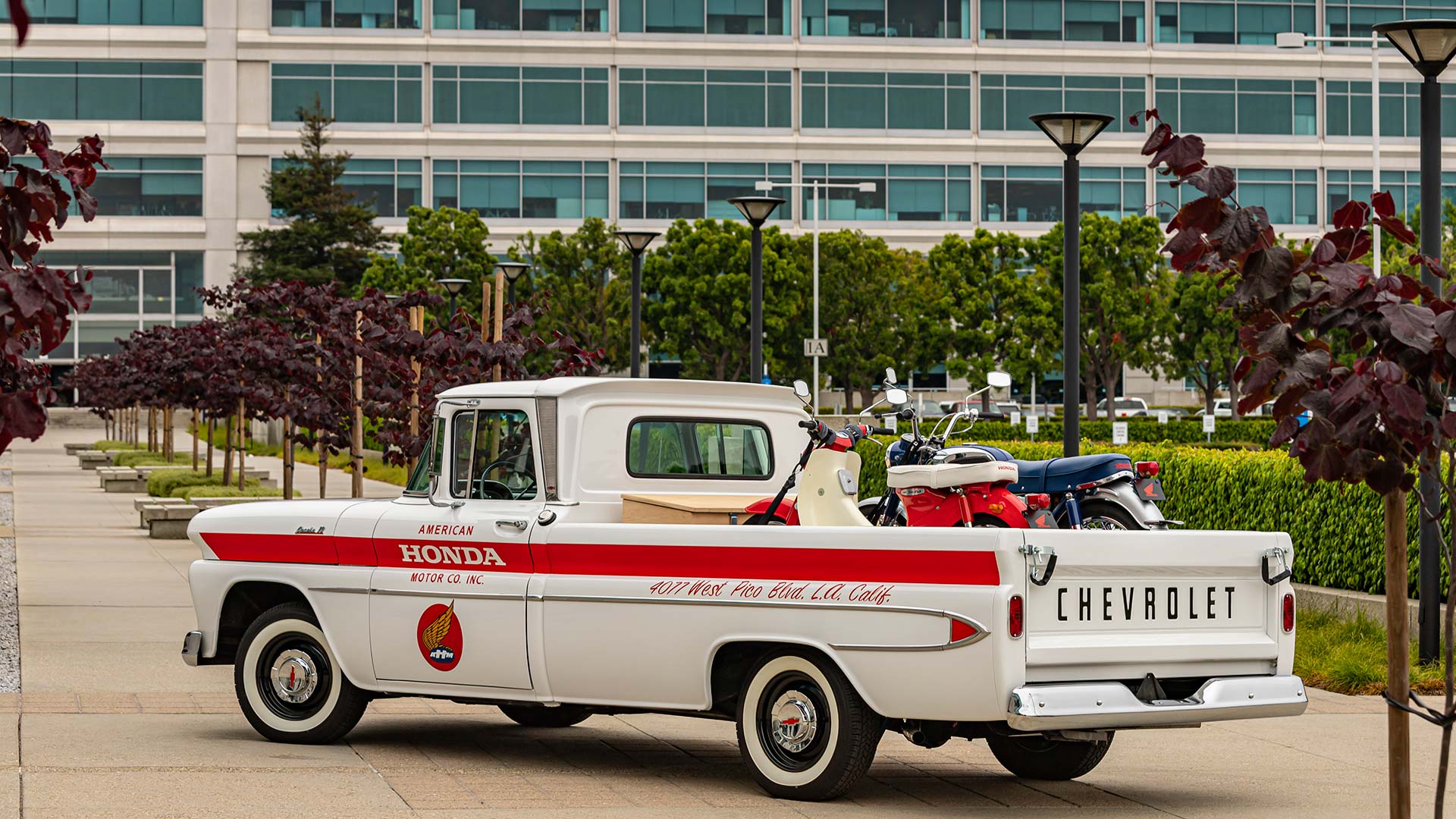 Although originally founded by Soichiro Honda in 1946, it took 13 years for the company to make a move overseas to the American market.

American Honda was established on June 11 1959, with just three employees and an initial investment of $250,000 in capital.

Honda became the world’s largest motorcycle manufacturer in 1959, but sales in Southern California started relatively slowly. Fewer than 2,000 bikes were sold in the first full year of operation, but the company had big plans for expansion. 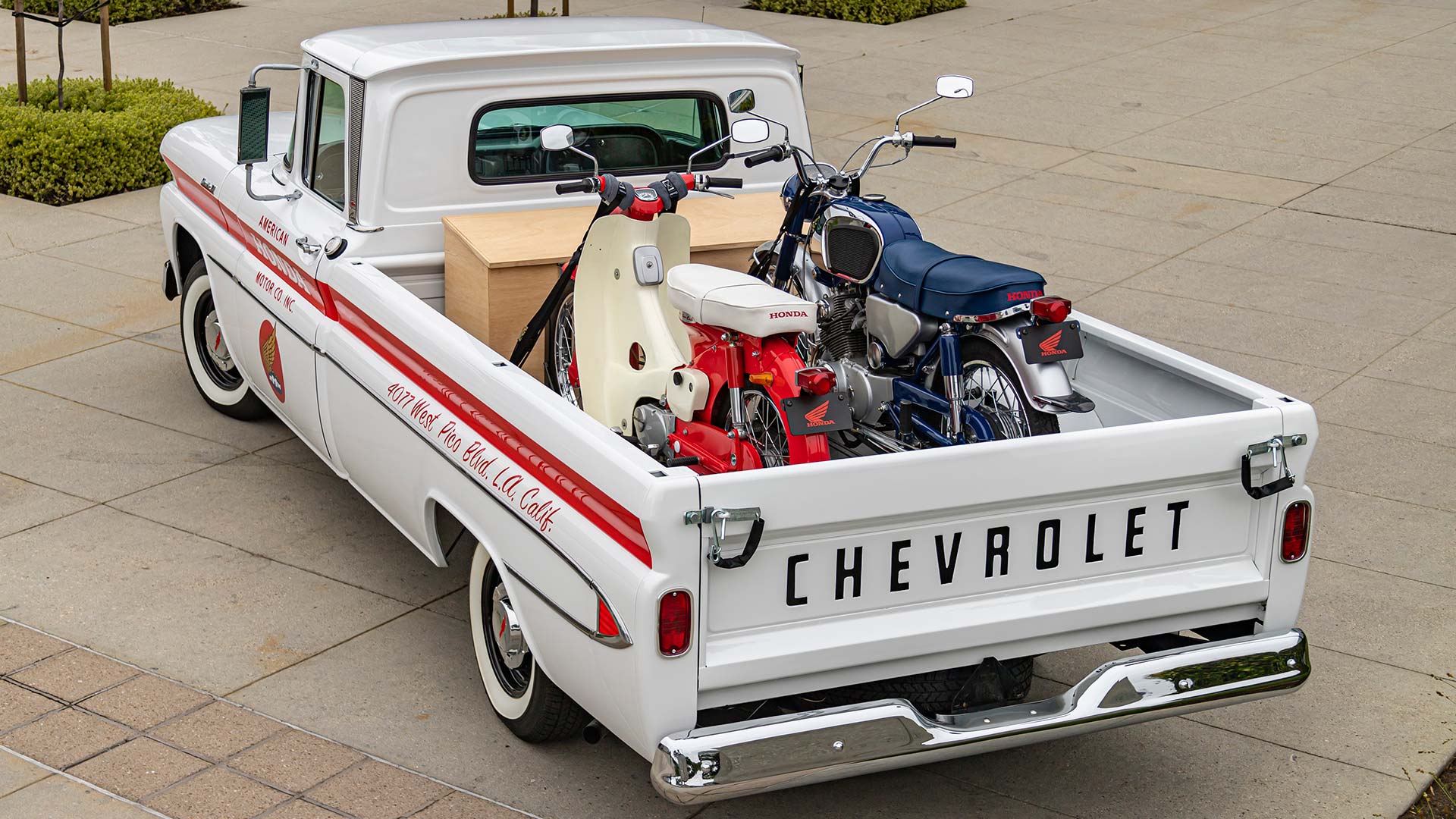 Some of the initial capital investment by American Honda went on a fleet of three Chevrolet half-ton pickup trucks. Used to ferry bikes to dealerships to sell on consignment, these trucks wore a distinctive red and white livery.

It meant when deciding on how best to celebrate 60 years of Honda in America, recreating the original Chevrolet delivery vehicle would be a key element.

We imagine that recreating the classic livery on a modern Honda Ridgeline truck would not have had quite the same effect.

With a vintage photo from 1961 to work with, Honda employees tracked down the correct Chevrolet C/K 1500 Apache in need of restoration.

Once found, the chosen truck underwent a brief mechanical overhaul, followed by painting in the classic red and white paint scheme. Just like the original, the graphics on the doors and truck bed were all painted by hand. 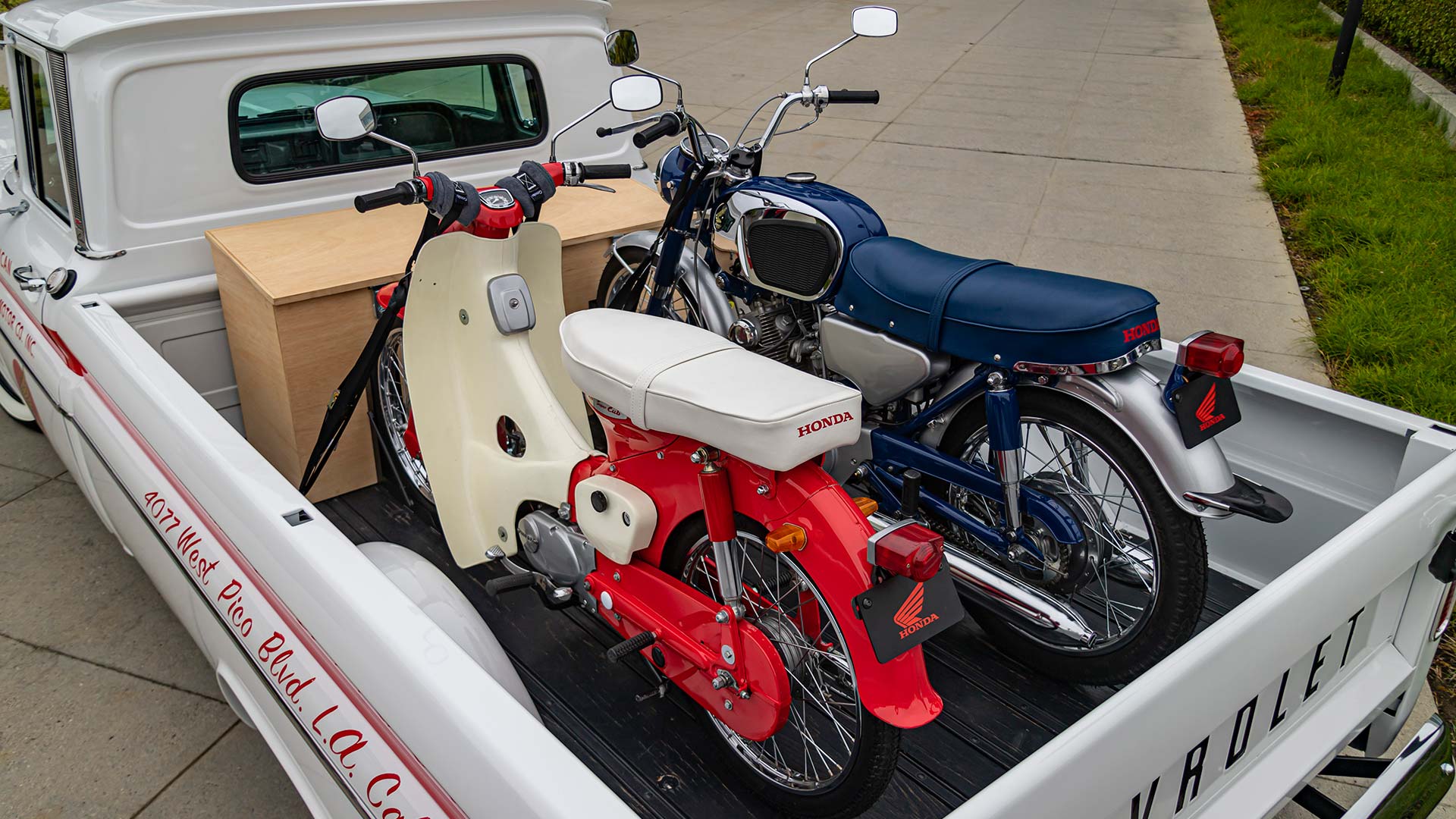 The ultimate destiny for the restored delivery truck will be pride of place in the American Honda Collection Hall.

Located at the company’s current headquarters in Torrance, California, the Chevy will be displayed in front of a recreation of the first American Honda office.

Honda will also be taking the truck to this year’s SEMA show in Las Vegas, along with outings to other classic car events throughout Southern California.