The Honda packs a 200+hp CBR1000RR Fireblade SP superbike engine and weighs just 69.1kg. That gives it a power to weight ratio superior to a Bugatti Chiron.

With these incredible statistics, and experienced stunt driver, kart and car racer Jess Hawkins at the wheel, it set a time of 6.29 seconds in a sprint from zero to 100mph. 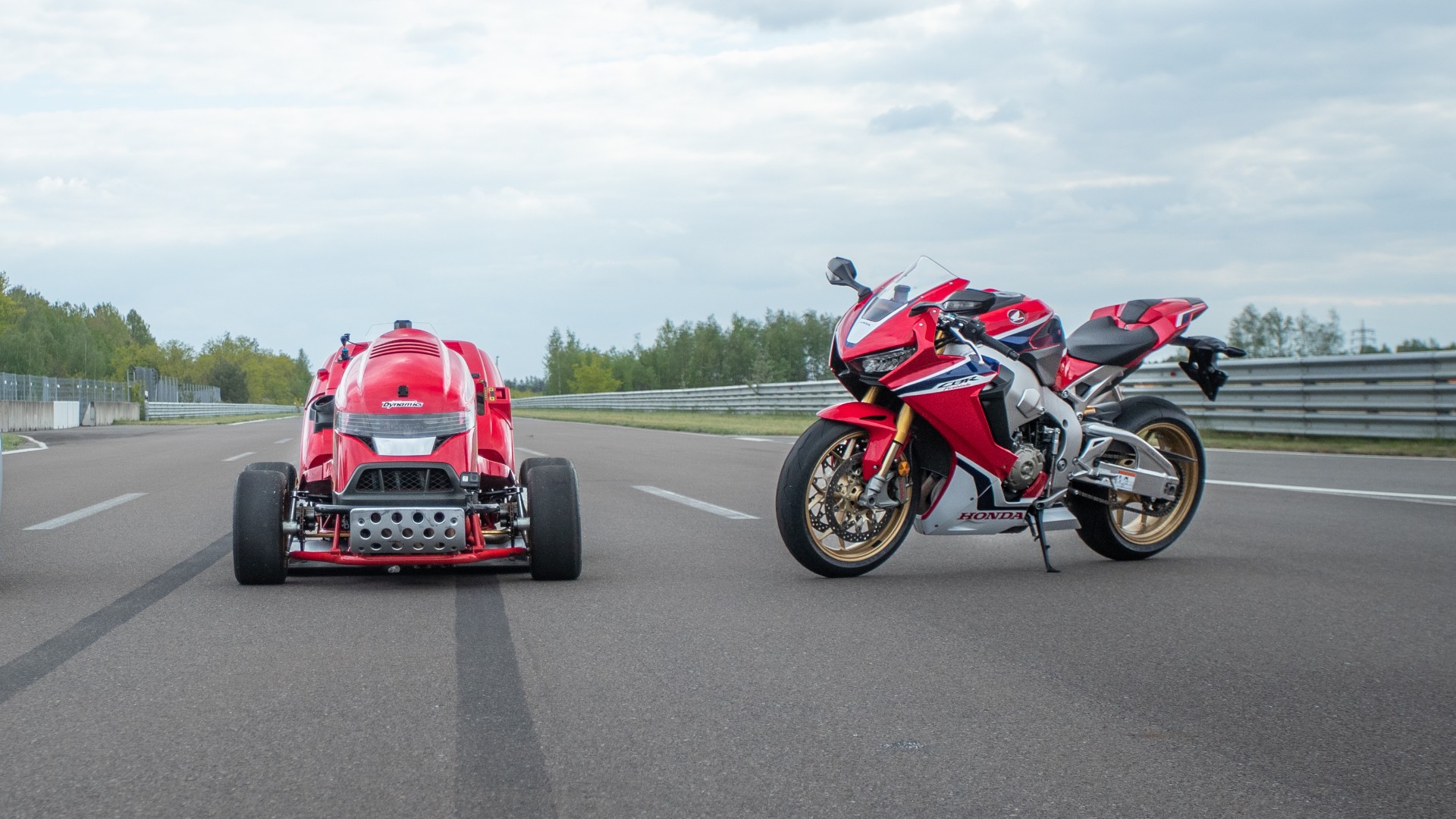 It shouldn’t surprise you to learn that Honda’s racing partner Team Dynamics played a role in realising this manic machine, too.

In order to take the record Mean Mower had actually perform the function of a lawnmower. Its electrically powered carbon fibre blades allow that function when needed. 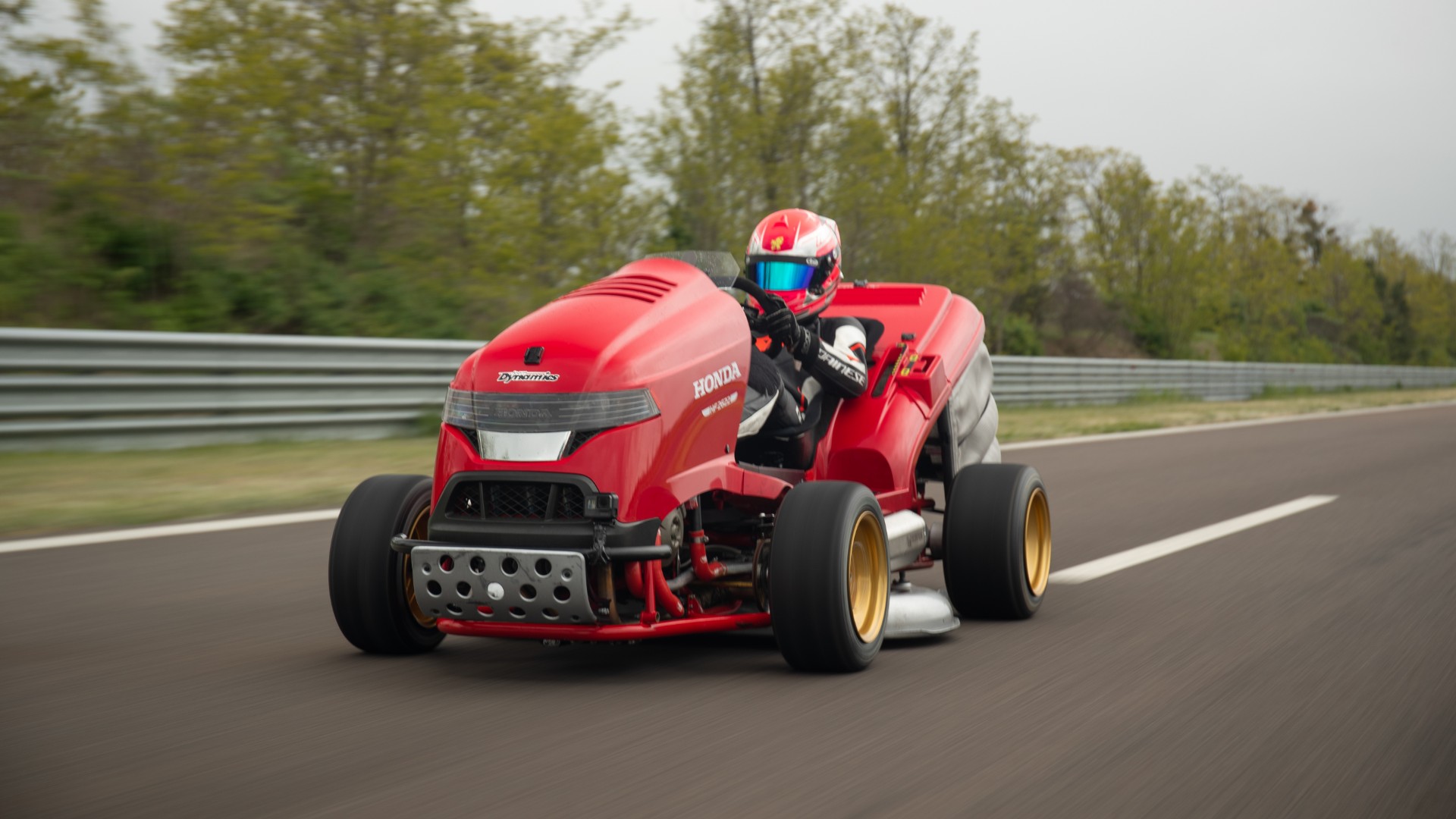 Also, in order to gain a record, Guinness mandates that you have to perform twice inside an hour. As such, Mean Mower made two sub-seven-second 0-100mph runs, with an aggregate of 6.29 seconds.

Incredibly, there’s precedent for this, set by Honda itself. Mean Mower V2 succeeds the original Mean Mower. That became the fastest lawnmower in the world in March 2014, hitting 116mph. 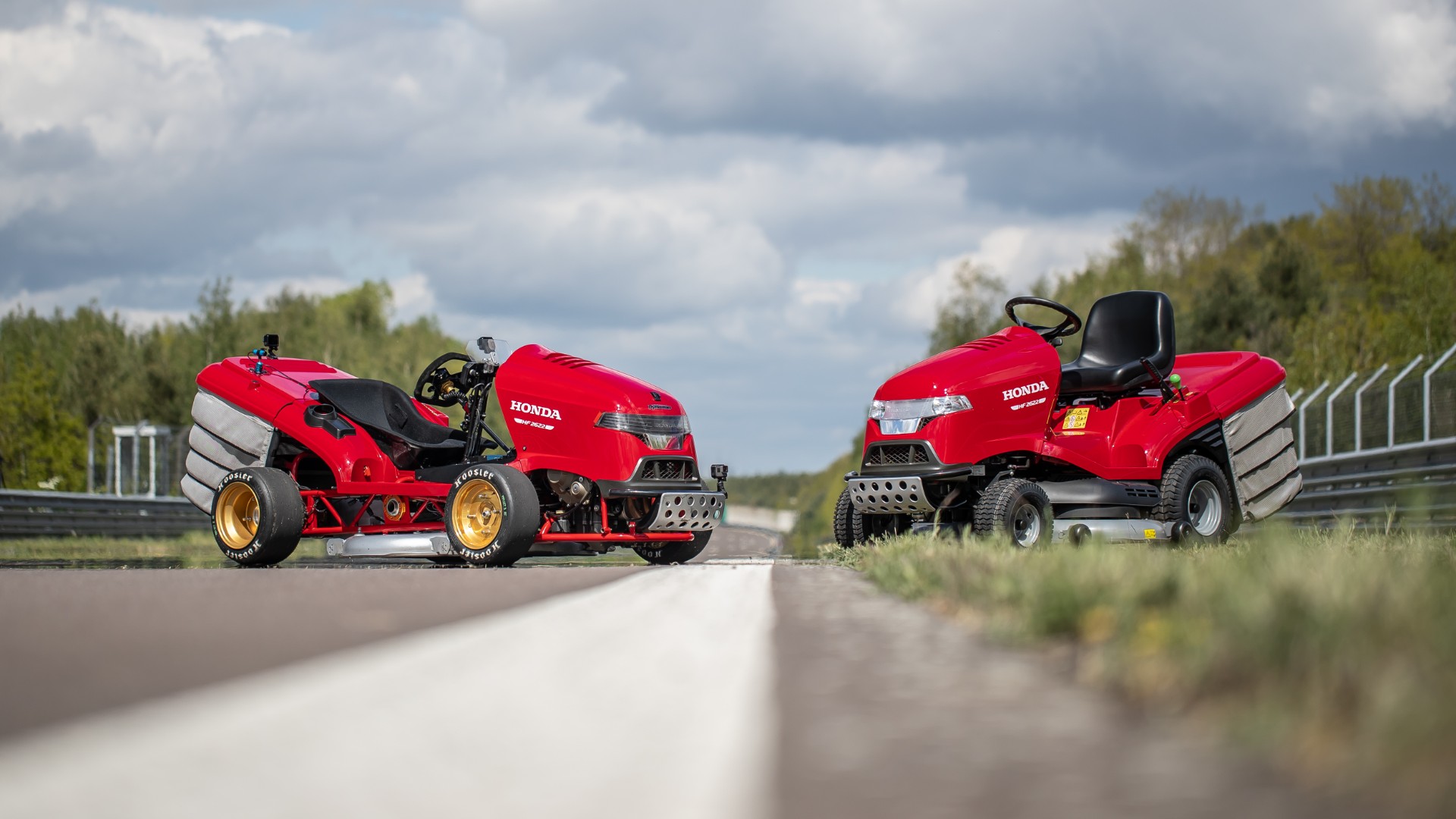 “The original Mean Mower was an incredible machine, but this time we’ve taken it to a whole new level with version two,” said Dave Hodgetts, MD of Honda UK.

“After taking the top speed record in 2014, we wanted to do something a little different by setting an all-new record for acceleration, and the result is fantastic. Team Dynamics have gone above and beyond in developing and building this real feat of engineering, and hats off to Jess for being brave enough to get behind the wheel!”