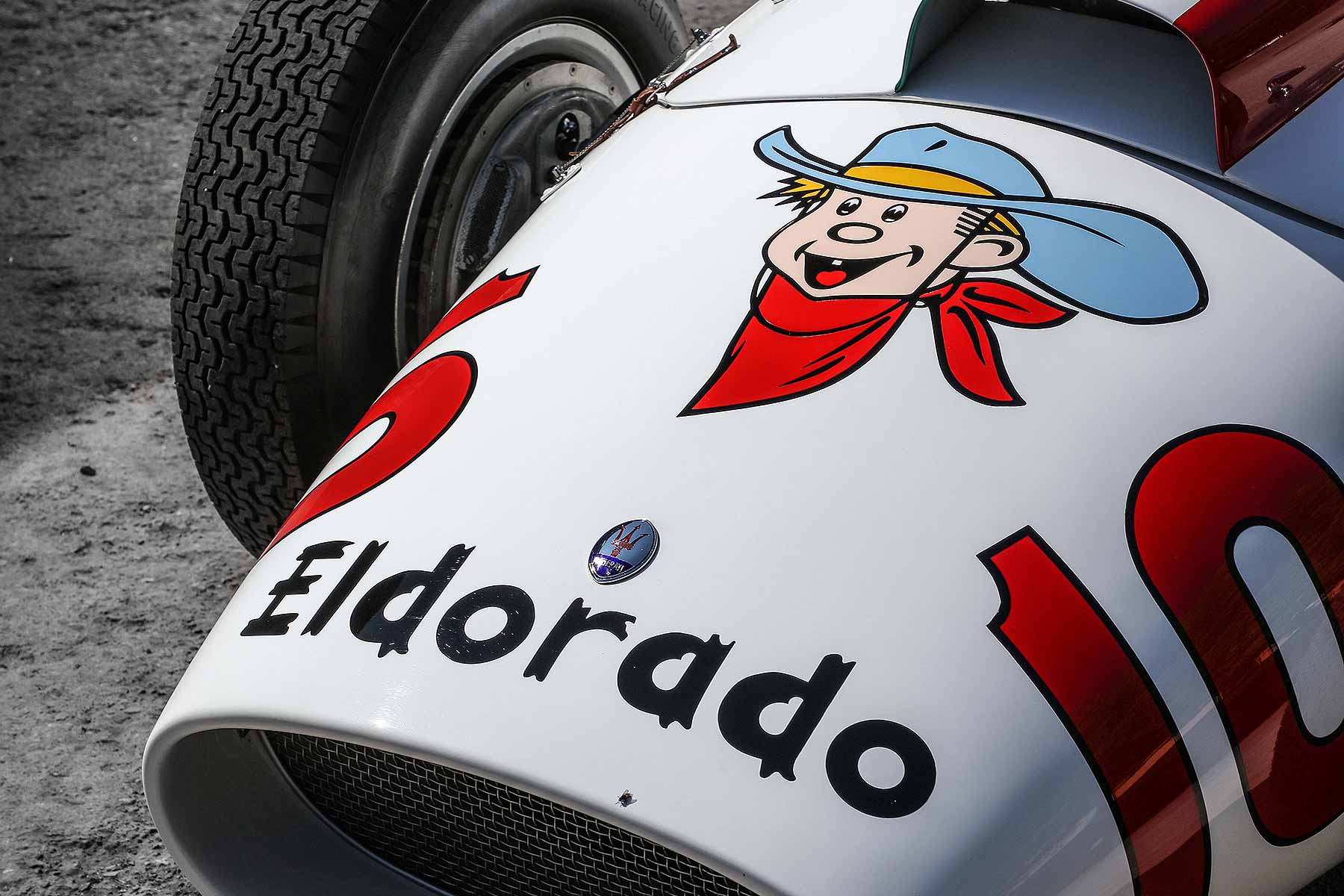 What’s the greatest motorsport livery of all time? The subject is guaranteed to stir some lively debate, with the likes of Martini Racing, Marlboro McLaren, John Player Special and Gulf Racing just four examples from a very, very long list of candidates.

But while each one is evocative, few can rival the Eldorado ice cream Maserati Tipo 420/M/58. It changed motorsport forever, and today it’s celebrating its 60th anniversary. 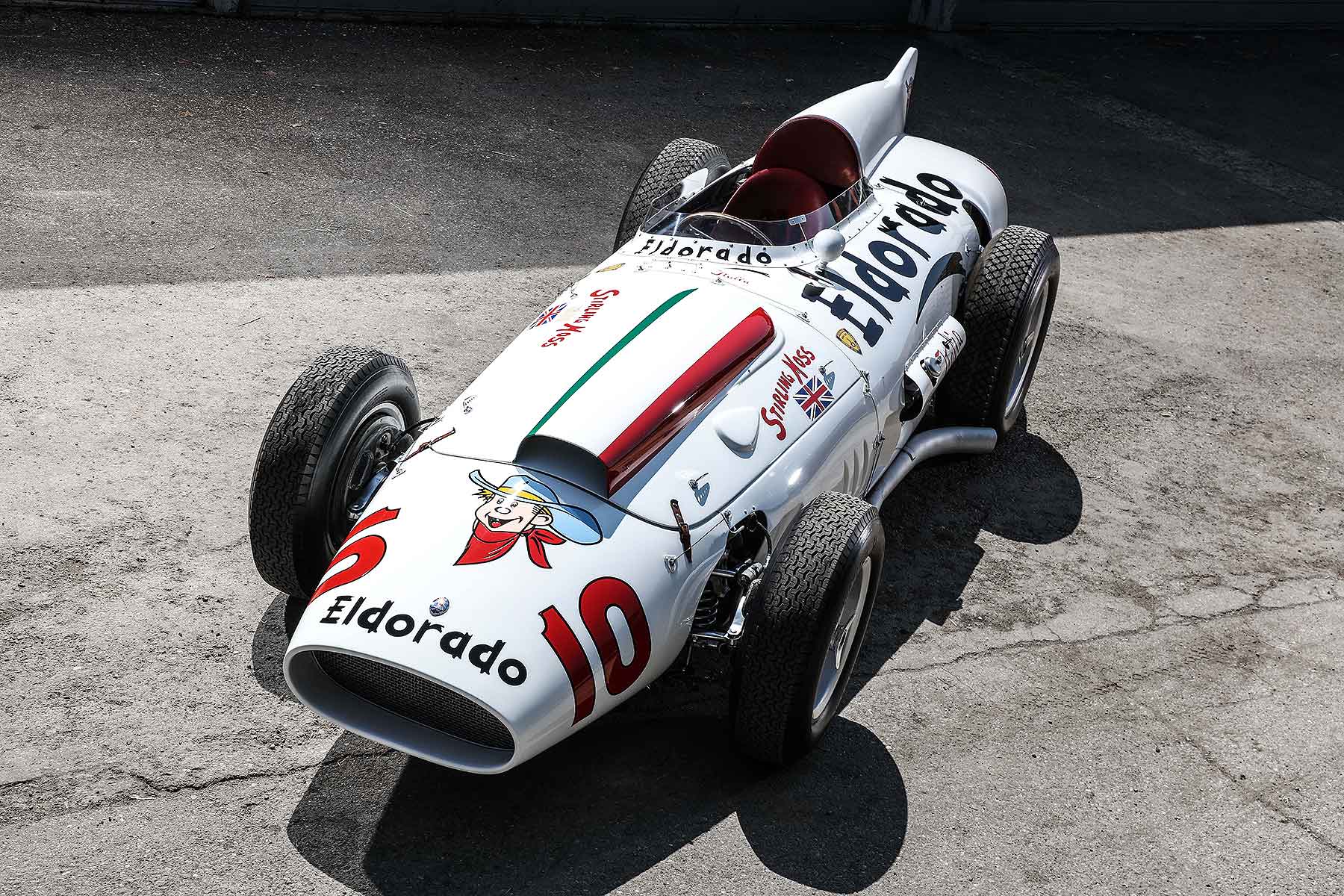 In 1958, the ‘Eldorado’ Maserati became the first single-seat racing car in Europe to be sponsored by a brand not linked to the world of motorsport. Significantly, it was also the first time a car was painted in the colours of the partner company, rather than the traditional colour assigned to each country by the FIA.

A big deal for motorsport fans who watched on from the side of the track, but an even bigger deal for race teams, who could call upon a whole host of new financial backers.

Maserati was commissioned to build the car by Gino Zanetti, owner of the Eldorado ice cream company. He turned to the House of the Trident to create a single-seat car to compete in the Trofeo dei due Mondi at Monza, where top American and European drivers were lined up to race.

Not one to miss an opportunity to promote his brand, Zanetti had the Maserati finished in a cream livery, rather than the traditional Italian racing red. The company logo of the smiling cowboy looked out over the nose and on the fin, while the company name was emblazoned on the sides of the car.

Other text included ‘Italia’, to denote the nationality of the sponsor and the manufacturer, along with the name of the driver: none other than Stirling Moss.

Engineer Giulio Alfieri created the ‘Eldorado’ in a matter of months. The 4,190cc V8 engine developed 410hp at 8,000rpm, which was enough to propel this 758kg sundae driver to a top speed of over 217mph.

The ‘Eldorado’ Maserati took to the Monza track for the ‘Monzanapolis’ on 29 June 1958, competing in three heats to decide the final points total. Moss finished fourth and fifth, before a steering fault ended his hopes of a strong finish in the third race.

Given that the steering gave way at 160mph, it’s quite miraculous that Moss walked away relatively unscathed, while the ‘Eldorado’ only suffered limited damage. 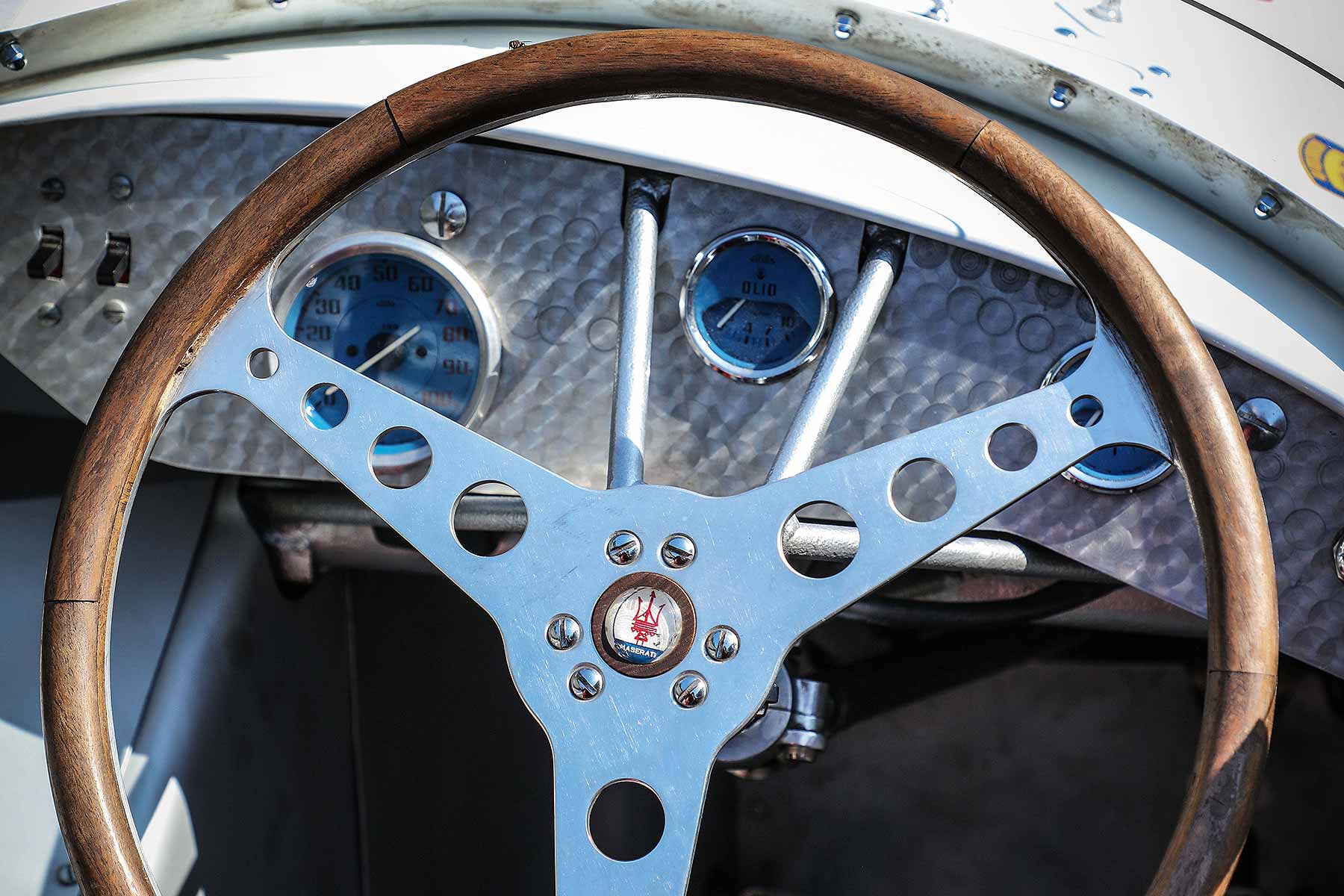 Following the race, the car was modified by the Gentilini bodywork shop, which removed the rear fin and reduced the hood scoop before the car entered the Indy 500 in 1959.

This time it was finished in Italian racing red, but still emblazoned with the ice cream company’s name, but the inexperience of the driver meant that the car failed to qualify. Maserati claims that it would have been a different story with a professional driver behind the wheel.

Today, the ‘Eldorado’ proudly wears its original livery and is part of the Panini Collection, housed in Modena. You know what they say: race on a Sundae, sell on a Monday…