Ford has revealed the power figures for the new Mustang Shelby GT500 and they are… galactic. Are you sitting down?

With its supercharged 5.2-V8, the new Shelby GT500 produces 760 horsepower and 625 lb ft of torque. Seven-hundred-and-sixty…

As for home-grown rivals, Chevrolet’s Corvette ZR1 falls foul of the GT500’s muscle by around five horsepower.

It doesn’t quite outmuscle the mighty mopars, mind. The Dodge Challenger Redeye and Demon beat it out, producing a respective 797 and 840 horsepower. Is this why they call America the land of opportunity?

How does the GT500 make all that power? 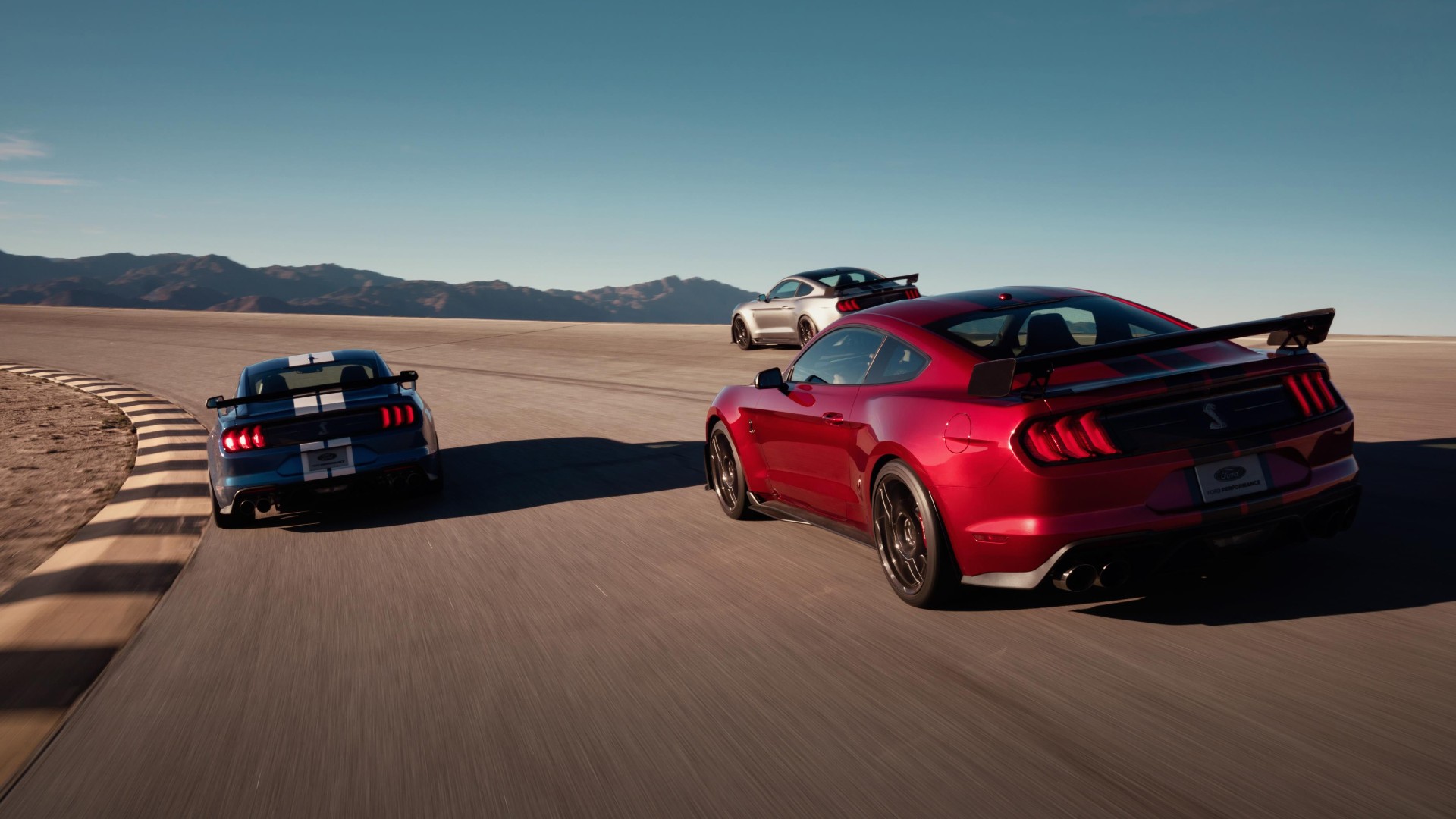 Well, the 5.2-V8 isn’t entirely dissimilar to the Voodoo unit found in the GT350. Instead of a flat plane crank, it has a traditional cross plane.

That makes for lower revs and a lumpier sound compared to the more exotic shriek of the GT350. Adding a shriek of its own – and a considerable donation to that power figure – is the 2.65-litre supercharger plonked on top…

As for performance, or indeed how much the Shelby GT500 will cost, that remains a mystery. Equipped with a new dual-clutch gearbox that can shift in under 100 milliseconds, it ought to put that power to good use. That’s assuming it can keep the rears from lighting up.

It’s a sophisticated Mustang. That gearbox, that engine, sophisticated aero, massive brakes and suspension upgrades mean the most monstrous Mustang won’t quite be a people’s pony car. Nor, sadly, will it be available in the UK in right-hand-drive, like the 5.0-litre V8 GT.

“With its supercar-level powertrain, the all-new Shelby GT500 takes the sixth-generation Mustang to a performance level once reserved only for exotics,” said Hermann Salenbauch, global director, Ford Performance vehicle programs.

“As a Mustang, it has to be attainable and punch above its weight. To that end, we’ve set a new standard among American performance cars with our most powerful street-legal V8 engine to date, plus the quickest-shifting transmission ever in a Mustang for all-out precision and speed.”