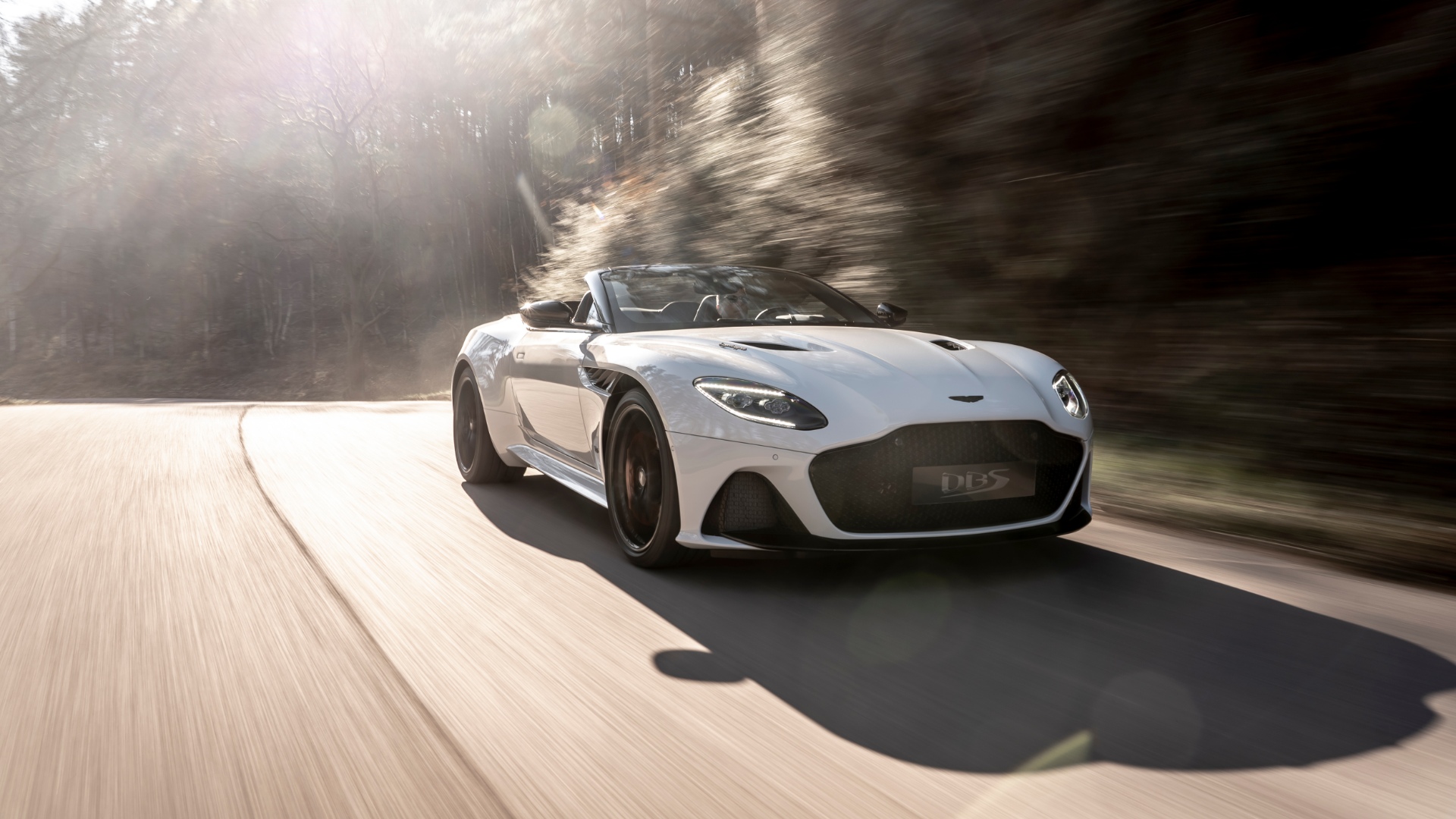 The soft-top version of the DBS is the second Volante model introduced under Aston Martin’s ‘Second-Century Plan’, following the DB11 Volante. 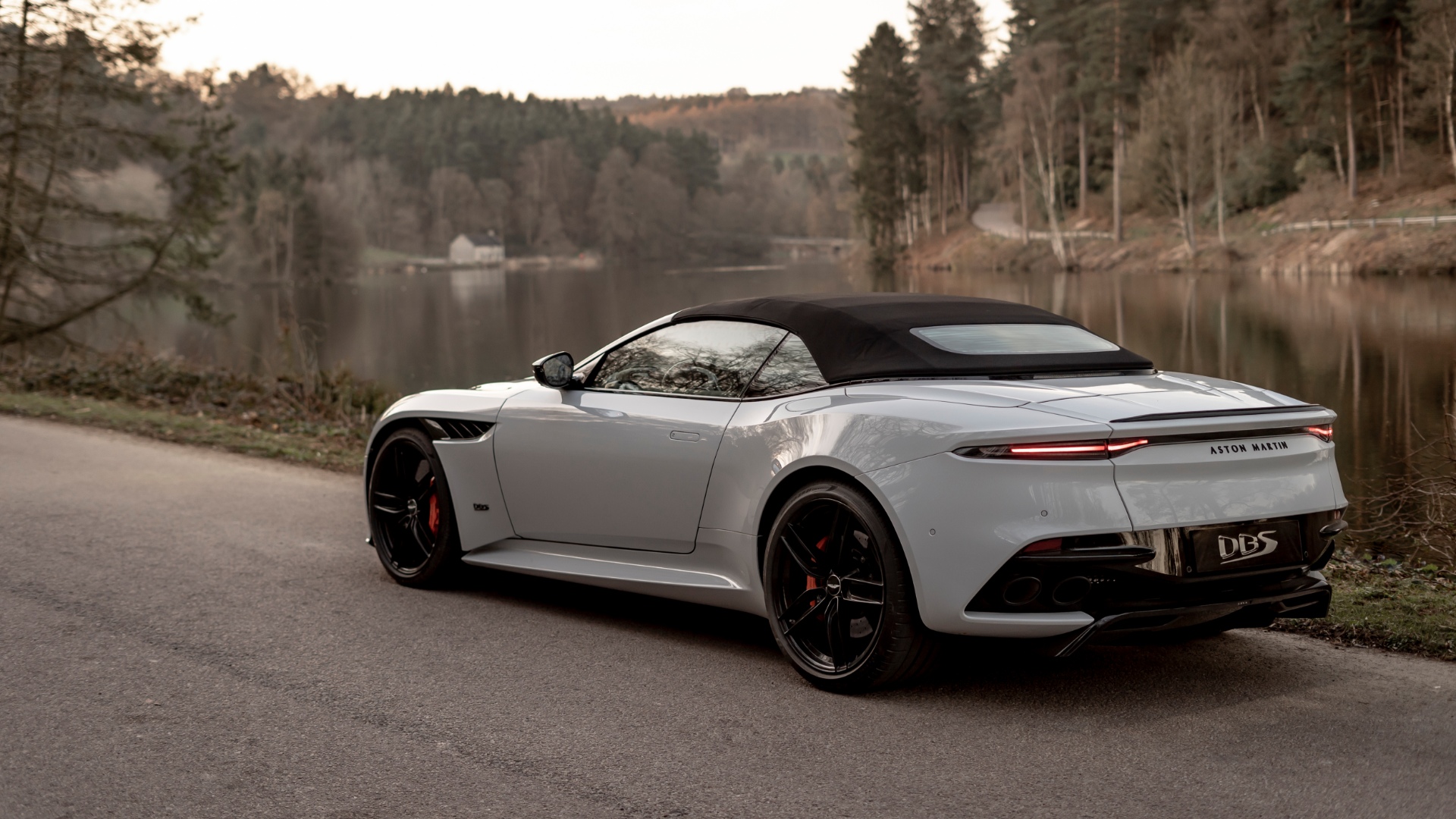 The new roof has a class-leading stack height of just 260mm. That means the styling of the car doesn’t have to be ruined in order to stow the hood away. It also allows for better luggage space.

The roof itself can go from up to down in 14 seconds, then back up again in 16 seconds – and can be operated with the key.

Its made up of eight layers for maximum refinement. The mechanism and materials have been durability-tested to the tune of over 100,000 cycles, in conditions ranging from the searing heat of Death Valley to the vicious cold of the Arctic Circle. 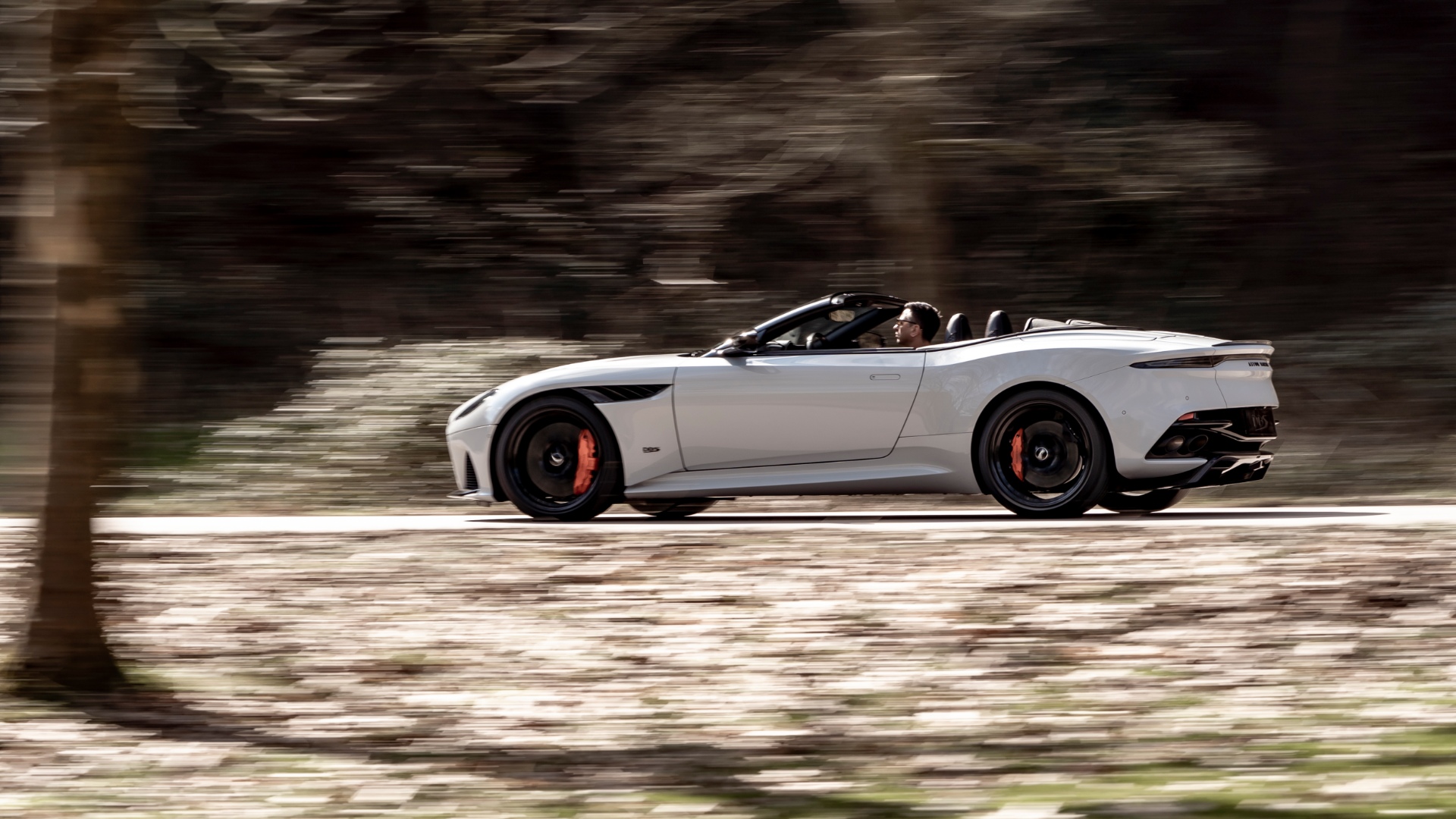 Under the skin, the coupe’s monstrous 725hp twin-turbo 5.2-litre V12 remains. Needless to say, this is the fastest Volante – and indeed the fastest soft-top Aston – ever made. It’ll crack 62mph in 3.6 seconds, on the way to a top speed of 211mph.

Also carried over is the eight-speed automatic gearbox from ZF and the clever aerodynamic addenda.

The latter includes the air extractors for the front arches and the double diffuser at the rear. The ‘Airblade II’ rear spoiler has also been revised. In total, the Volante produces 177kg of downforce at its top speed, just 3kg less than the coupe. 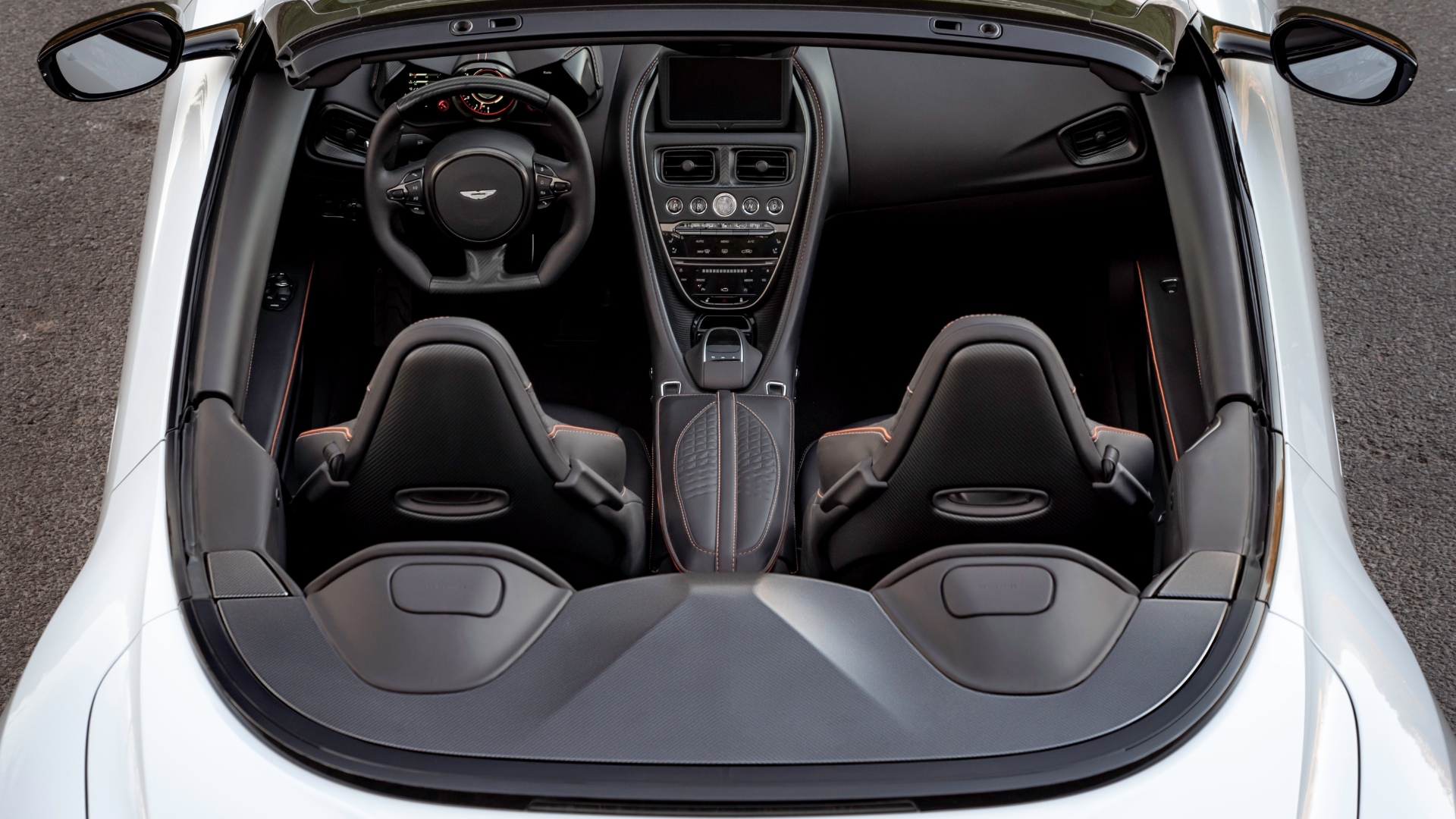 The elephant in the room with the DBS Superleggera was always the DB11. Especially with the excellent AMR revisions, the DB11 isn’t an awful lot less car than the DBS. Especially when you consider the similarities in the cabin. Yes, the DBS looks as striking as it is beautiful, but the family relationship isn’t hard to spot.

The DBS Volante, however, offers something unique. If you want a brand new convertible V12 Aston Martin, the DBS Volante is your only choice. The DB11 Volante only comes with the 4.0-litre twin-turbo V8. 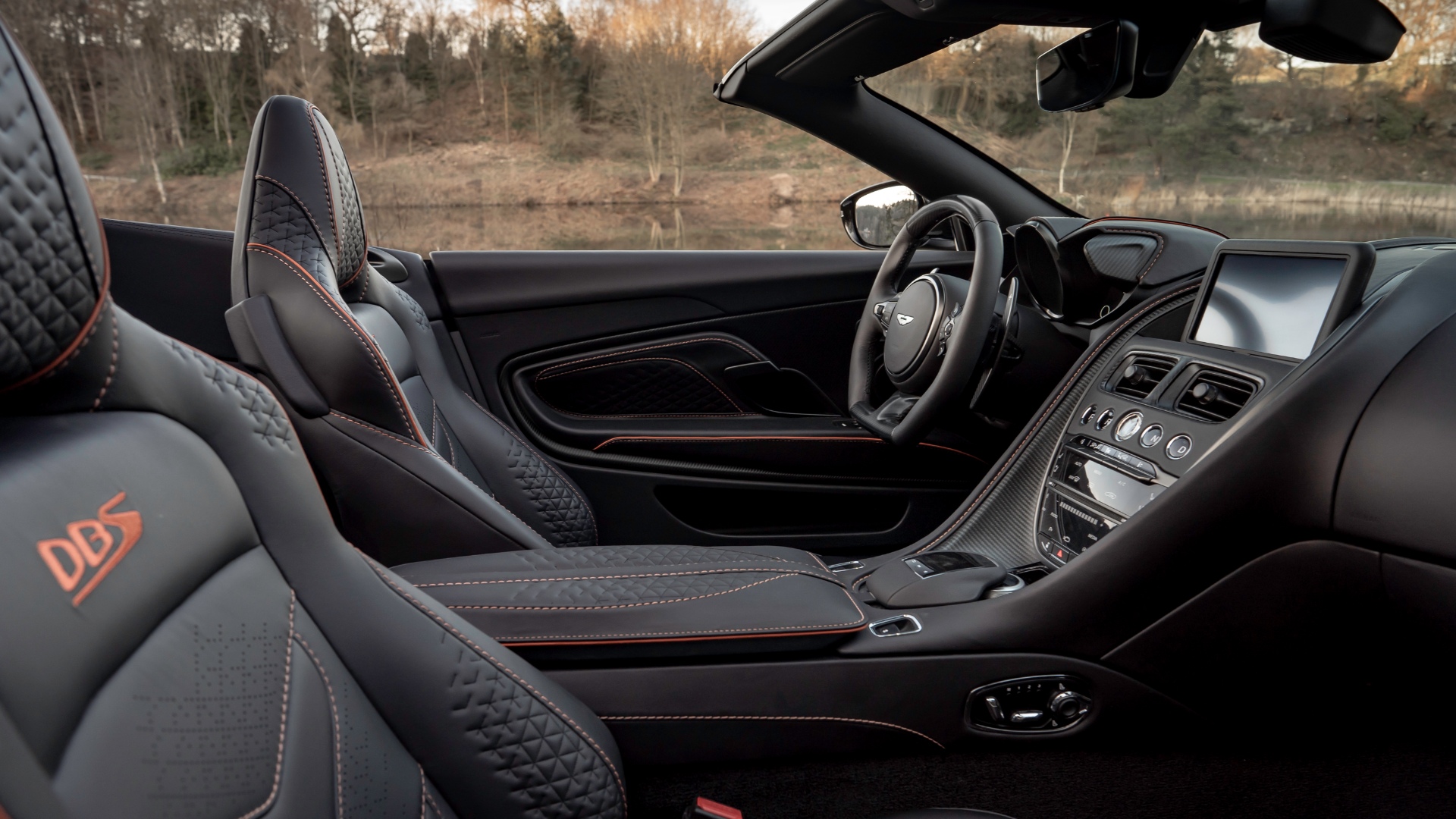 New Aston Martins aren’t a rare thing these days. A new Aston you can actually buy within six months of its reveal is something unusual, however.

Those interested in the DBS Zagato, 003, Valkyrie, Vanquish and DBX SUV will all have to wait; deliveries of the DBS Volante begin by the third quarter of 2019. Yours from £247,500…