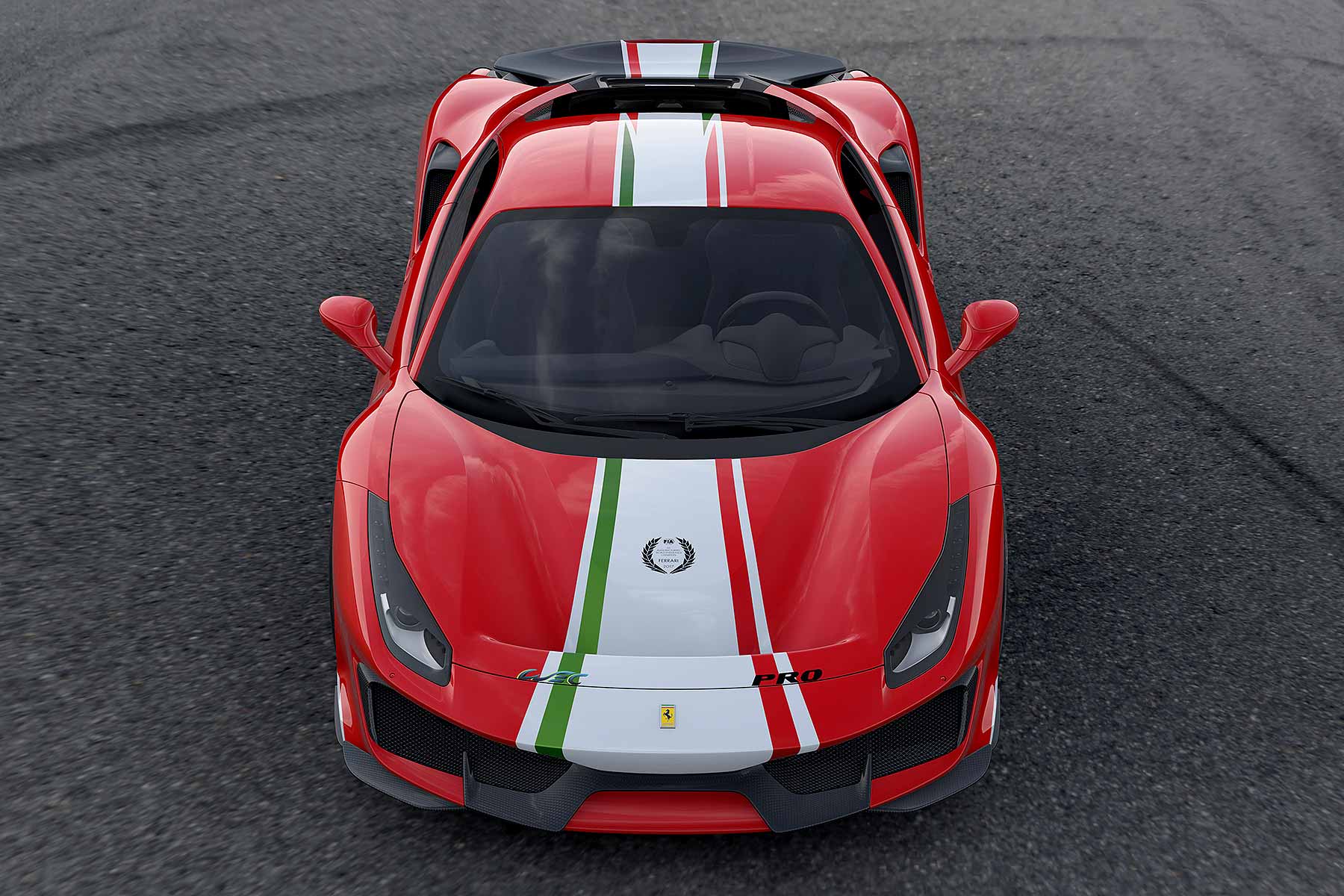 On the eve of the 2018 Le Mans 24 Hours, Ferrari has revealed a special new Piloti Ferrari specification for the 488 Pista. Why the debut at Le Mans? Because only Ferrari owners involved in the firm’s various motorsport programmes will be allowed to order one…

This includes Alessandro Pier Guidi and James Calado, who will be driving AF Corse’s number 51 car this weekend, still revelling in their status as 2017 FIA World Endurance Championship (WEC) title-winning drivers and manufacturers.

Fittingly, the two drivers have helped reveal the 488 Pista Piloti Ferrari over at the Le Mans 24 Hours.

The Piloti Ferrari 488 Pista, created by the firm’s Tailor Made division, has been inspired by the two champs’ winning racer. The bespoke livery in the tricolore of the Italian flag has been developed from their 488 GTE racing car; it even carries the FIA WEC logo and the ‘PRO’ logo that identifies the class it raced in.

The tricolore continues down the sides, which also boast a race number: the launch car carries the 51 of the title-winning drivers, but clients will be able to pick their own number. 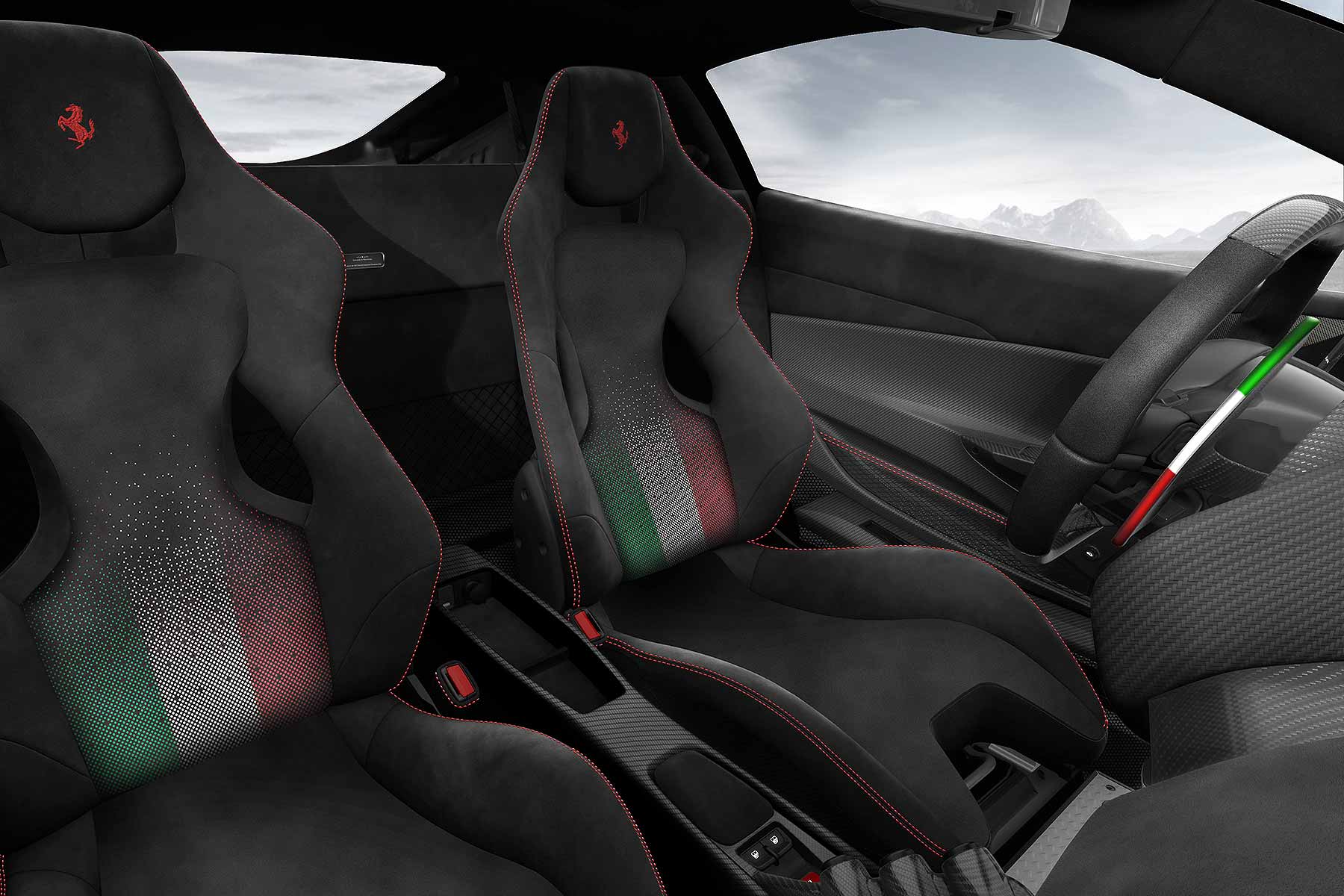 Floor mats are given an Italian flag edge too (and they’re made from a “special technical fabric”), while the number chosen by the owner for the outside is replicated on the base of the steering wheel. All the carbon fibre elements are also finished in matt, and there is a special identification plate and carbon fibre door sills to finish it off.

And the engine? The same 720hp 3.9-litre turbo V8 that’s just been voted best engine in the world in the 2018 International Engine of the Year Awards – for the third consecutive year.