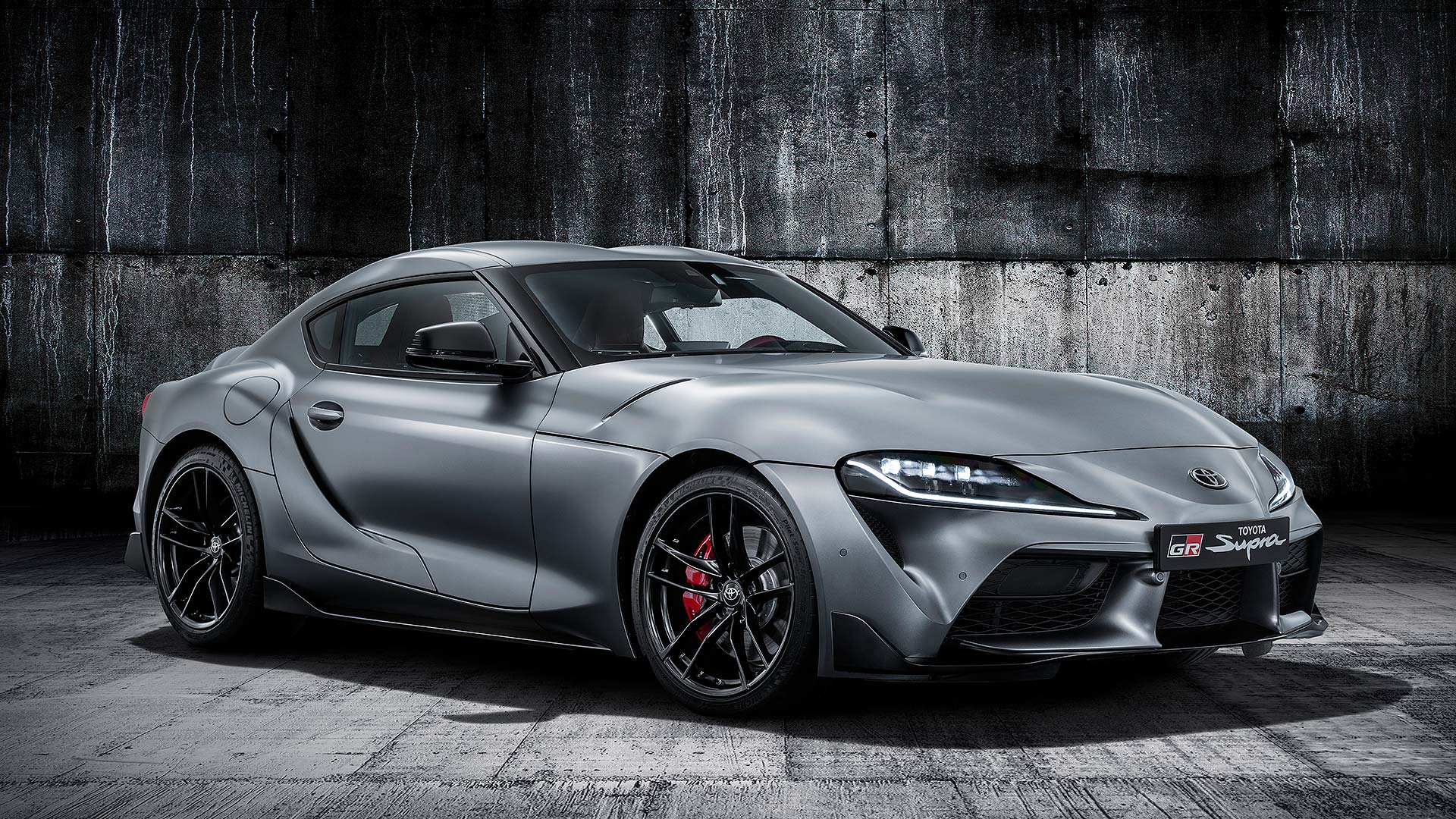 The new Toyota GR Supra has been revealed at last, making its world debut at the 2019 North American International Auto Show in Detroit. First customer deliveries are due from later this summer.

Prices for the new Supra start from £52,695. We list full details of models and specifications below. 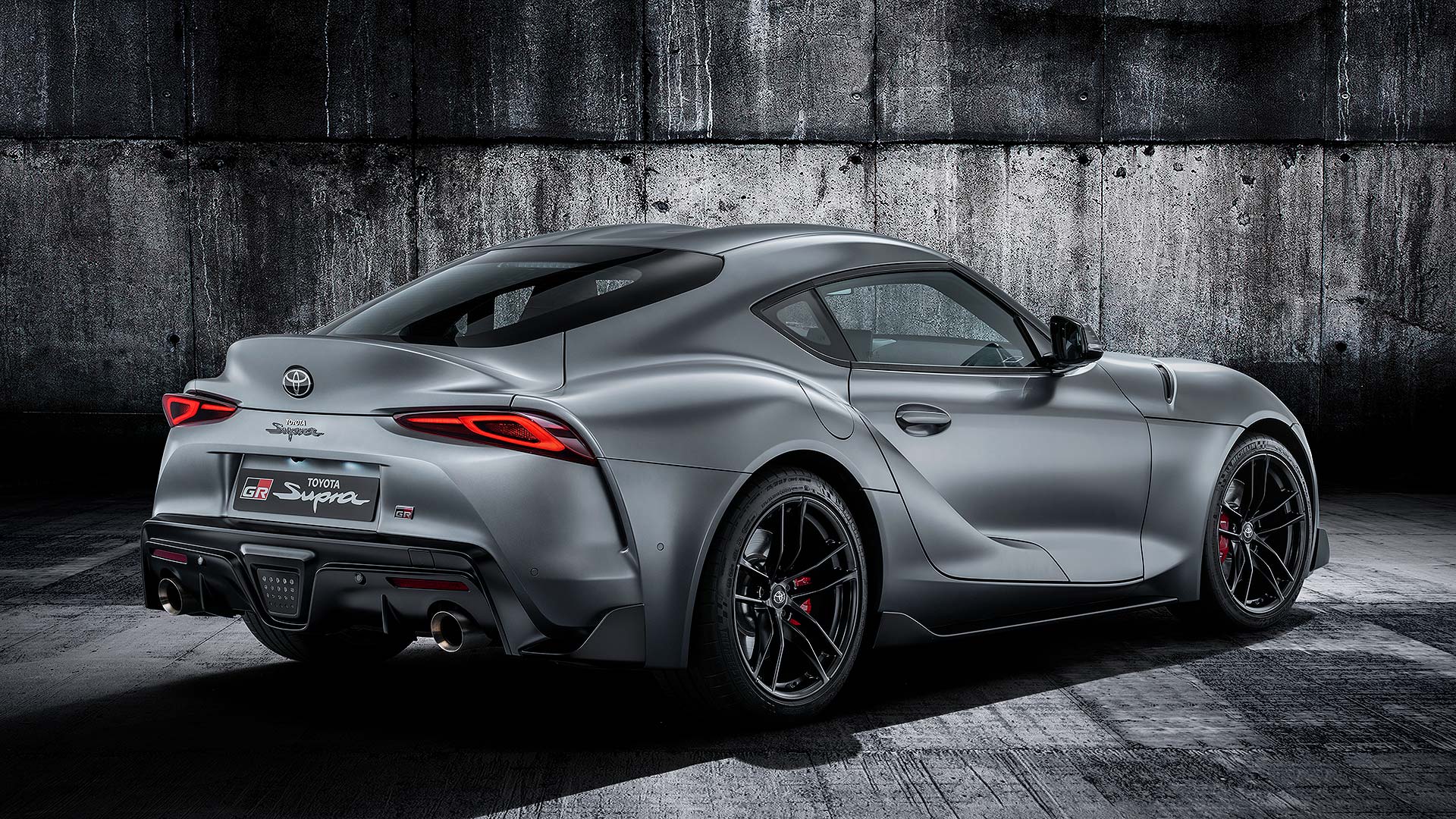 The eagerly-awaited new two-seat sports car uses a front-mounted 335bhp 3.0-litre straight-six turbo engine, driving the rear wheels. It’s a classic configuration that builds upon the heritage of previous Supras – and it’s not the only way the new car harks back to the past.

However, it’s no retro recreation: Toyota calls its design ‘Condensed Extreme’, which looks forward as well as evoking “the romance of classic styling”. 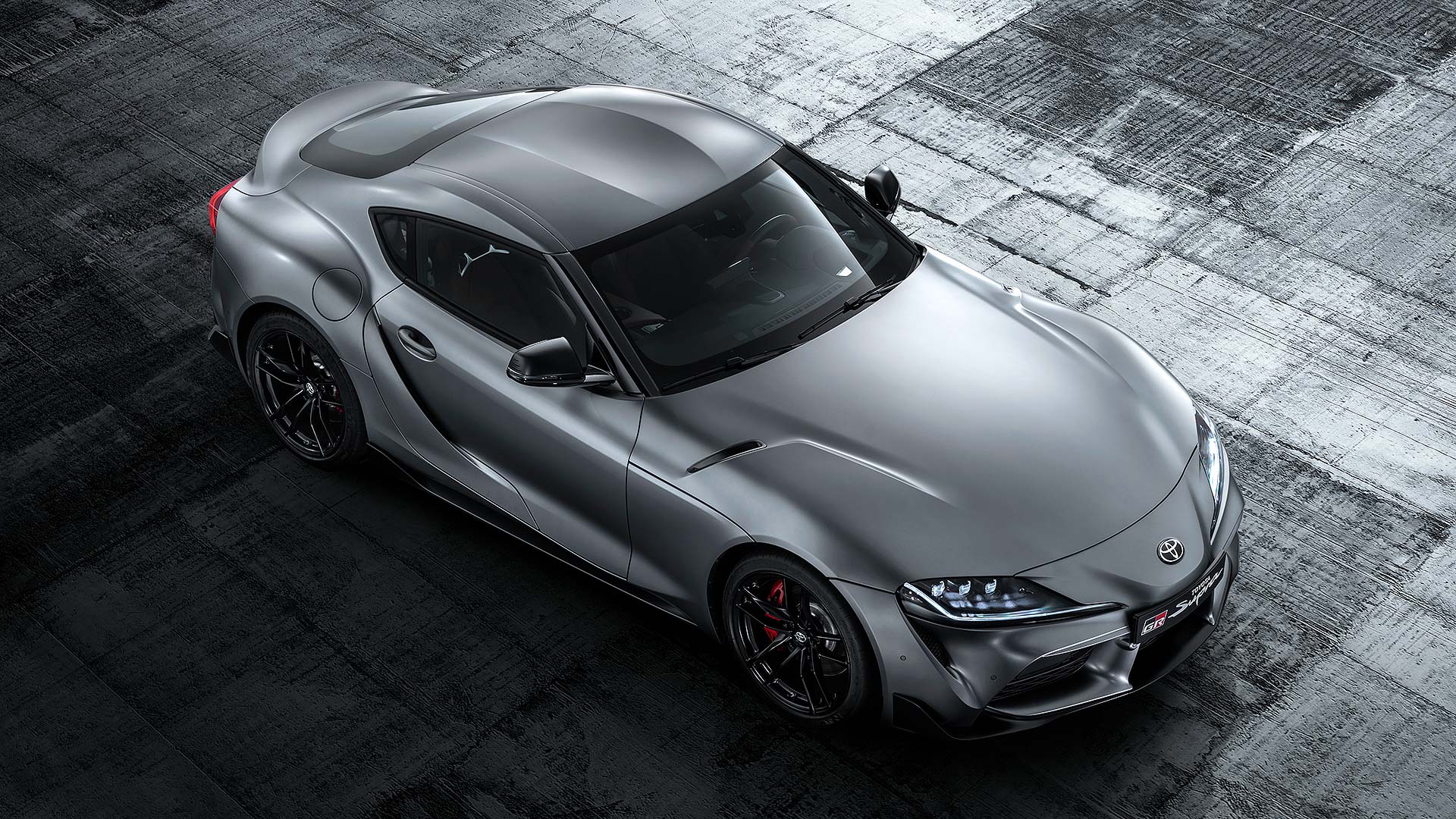 Toyota is promising driving enthusiasts “an exhilarating blend of power, agility and precision handling, achieved thanks to the car’s combination of a short wheelbase and wide track, light weight, low centre of gravity and highly rigid body”.

Rather impressively, Toyota CEO Akio Toyoda himself gave the final green light to the car’s handling, after testing it at the Nürburgring. He is one of the rare breed of highly talented Toyota Master Drivers.

“Back in the day, I spent countless hours driving an old Supra at the Nürburgring to become a Master Driver,” said Toyoda-san. “Supra is like an old friend that holds a special place in my heart.

“The new GR Supra was born through testing at the Nürburgring, and I can honestly say that it is a a car that is fun to drive and better than ever.”

GR stands for Gazoo Racing and the new GR Supra is the Toyota division’s first global model. It’s also the sister car to the new BMW Z4 and will be built in the same factory in Graz, Austria. 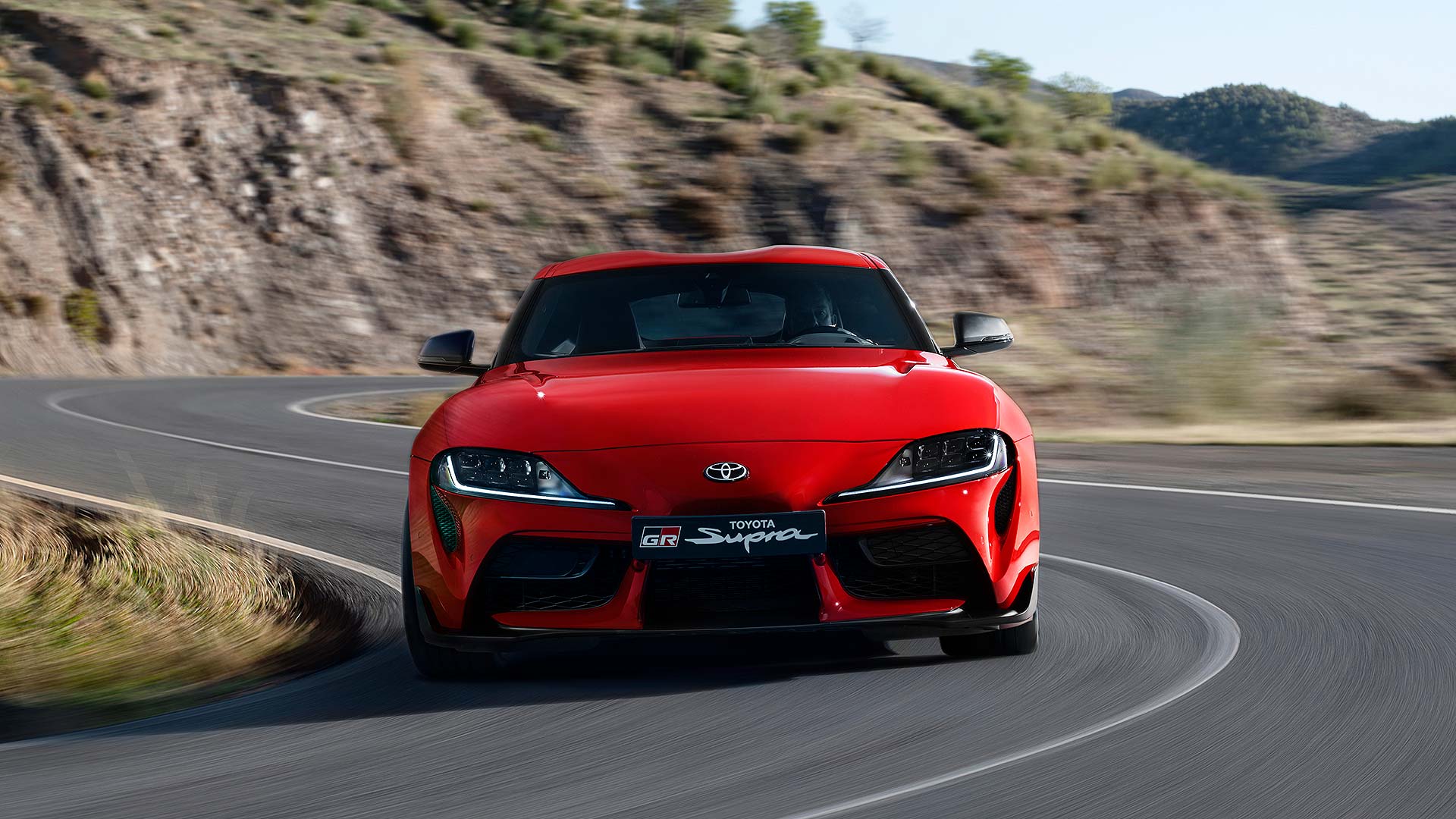 CO2 emissions are 170g/km, and NEDC-compliant fuel consumption is to be confirmed. Let’s hope it’s decent, as the fuel tank is only an average-sized 52 litres. 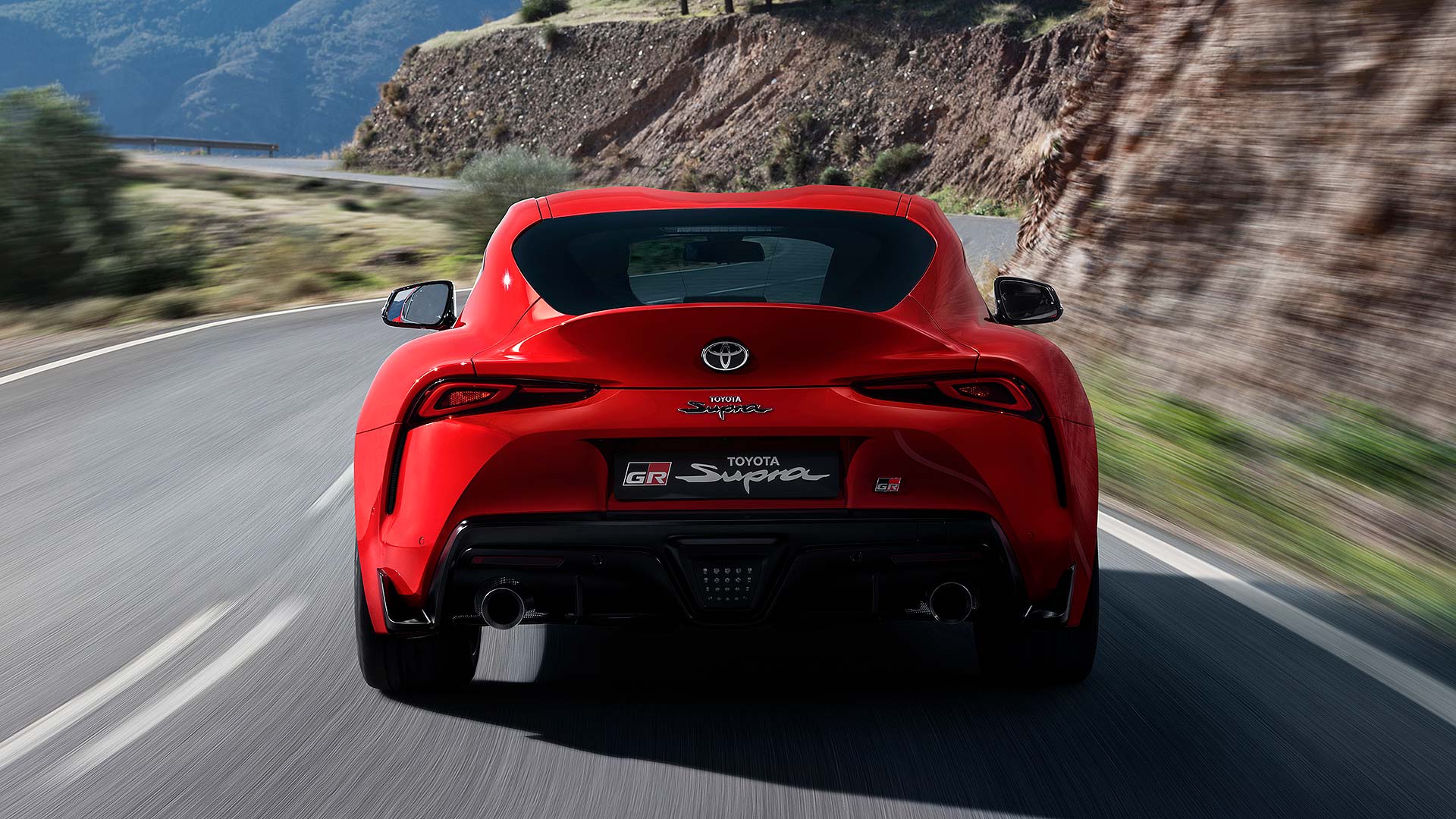 Toyota will offer the new Supra in eight different colours, including red, yellow and blue shades.

A special edition car will be painted in Matt Storm Grey, described as a matt finish with a hint of blue. Large 19-inch alloys (with Michelin Pilot Super Sport tyres) will be standard. 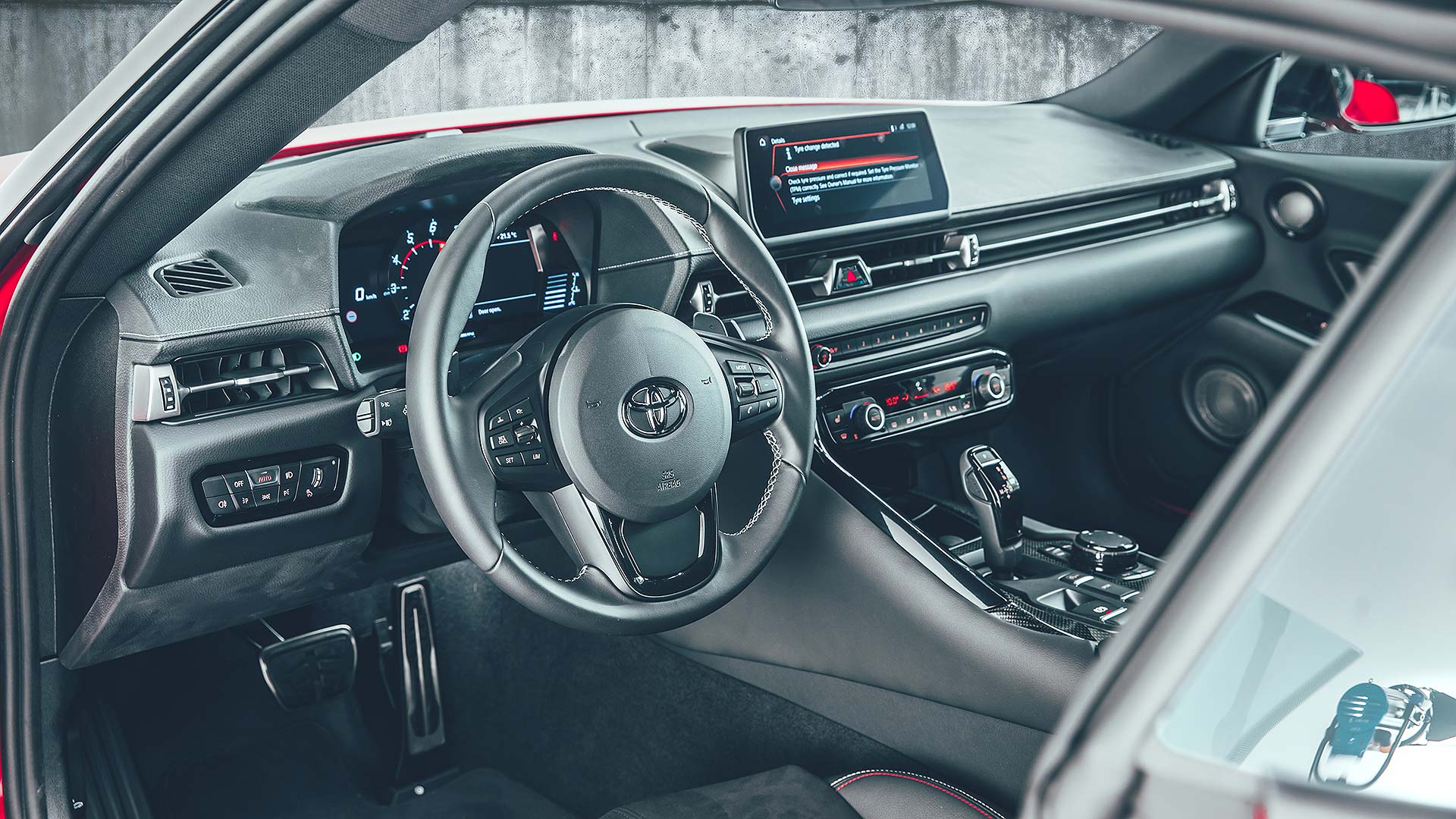 All new GR Supras will have adaptive suspension, an active differential and high-performance brakes. Inside, dual-zone climate control, 8.8-inch infotainment with sat nav, adaptive cruise control and power-adjustable Alcantara seats will be standard, along with LED headlights, rain-sensing wipers and a rear-view camera.

The GR Supra A90 Edition is a launch special, limited to just 24 cars for UK customers. This will come in Matt Storm Grey, with matching matt black alloys and, inside, contrast red leather. Otherwise, the spec is as for the Pro.

Uniquely, Toyota is only offering the A90 Edition to UK customers who have placed a pre-sales reservation. “The first to convert their reservation into a vehicle order will have the option to specify a Supra A90 Edition as their model choice.”

And they’ll be able to do this from tomorrow: 15 January. That’s when ordering opens for UK customers.

They’ll be joining a special club, too – Toyota is rolling out a ‘dedicated rewards programme’ for Supra buyers, ‘giving access to special Supra-themed activities, events and branded items’.