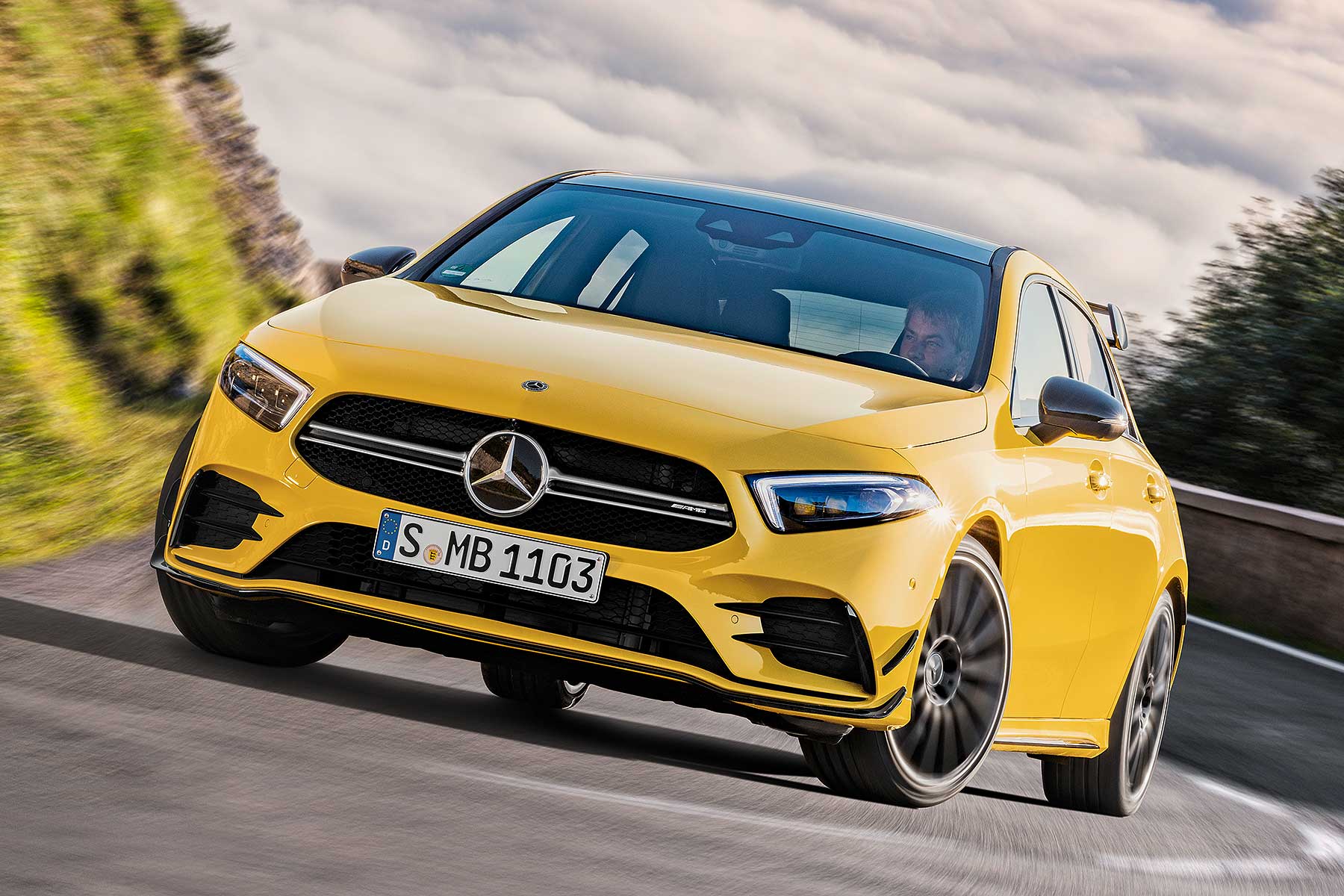 The new Mercedes-AMG A 35 4Matic is proof they do things differently at AMG. Despite having a power output of 306 hp, and a 0-62mph acceleration time of 4.7 seconds, this new A-Class is nevertheless described as an ‘entry-level’ hot hatch.

An entry-level car that’s faster than many other brands’ range-topping hot hatches. 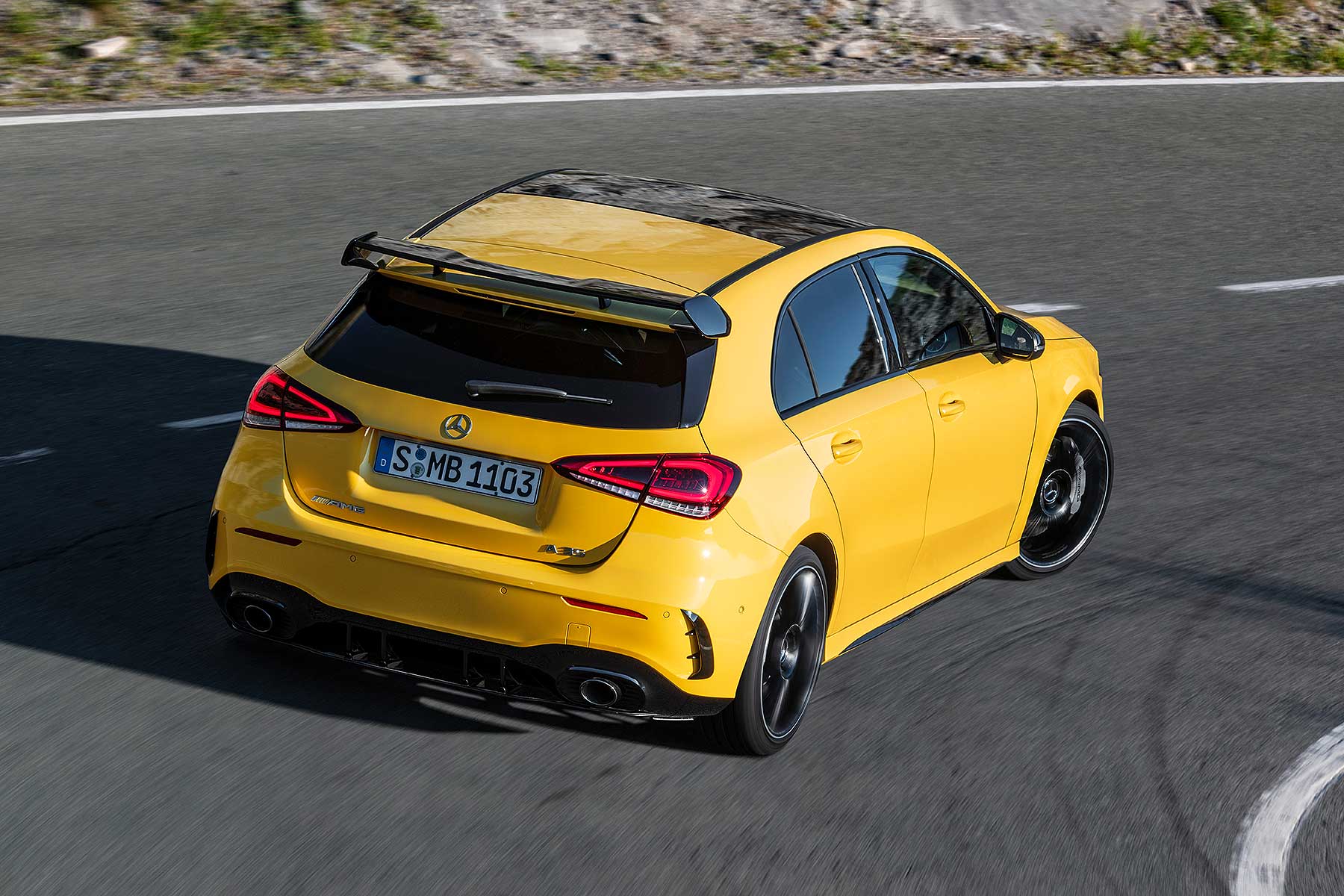 The A 35 AMG certainly looks the part. It has an AMG grille with twin louvres, F1-style aero ‘flicks’ above the front splitter, twin-spoke 18-inch alloys and a rear end packing a beefed-up apron with inset diffuser, massive roof spoiler and dual exhausts. 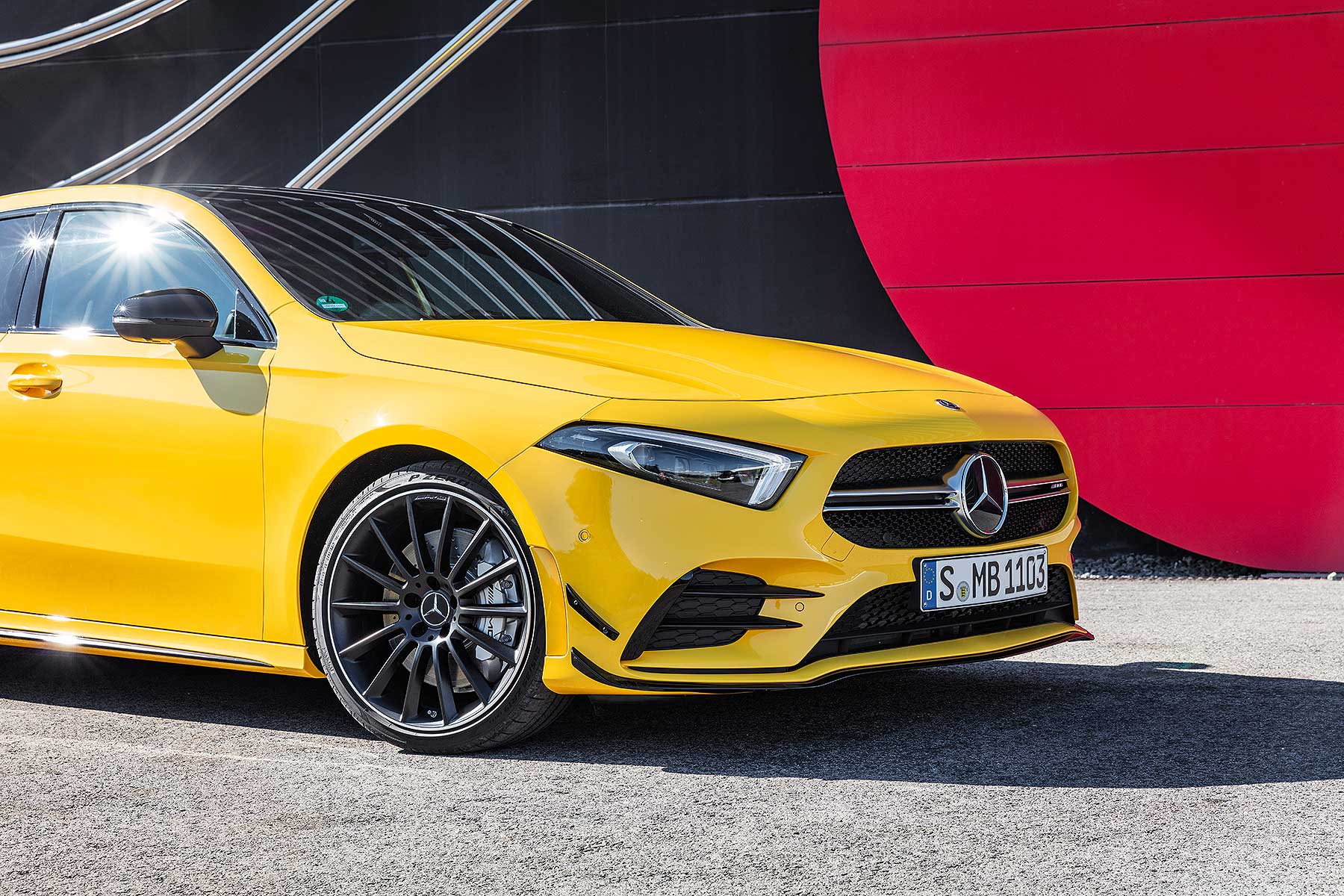 There are race bucket-look sports seats inside with deep bolsters, Dinamica microfibre seat inserts, air vents decked out with red rings and, yes, even red seatbelts. 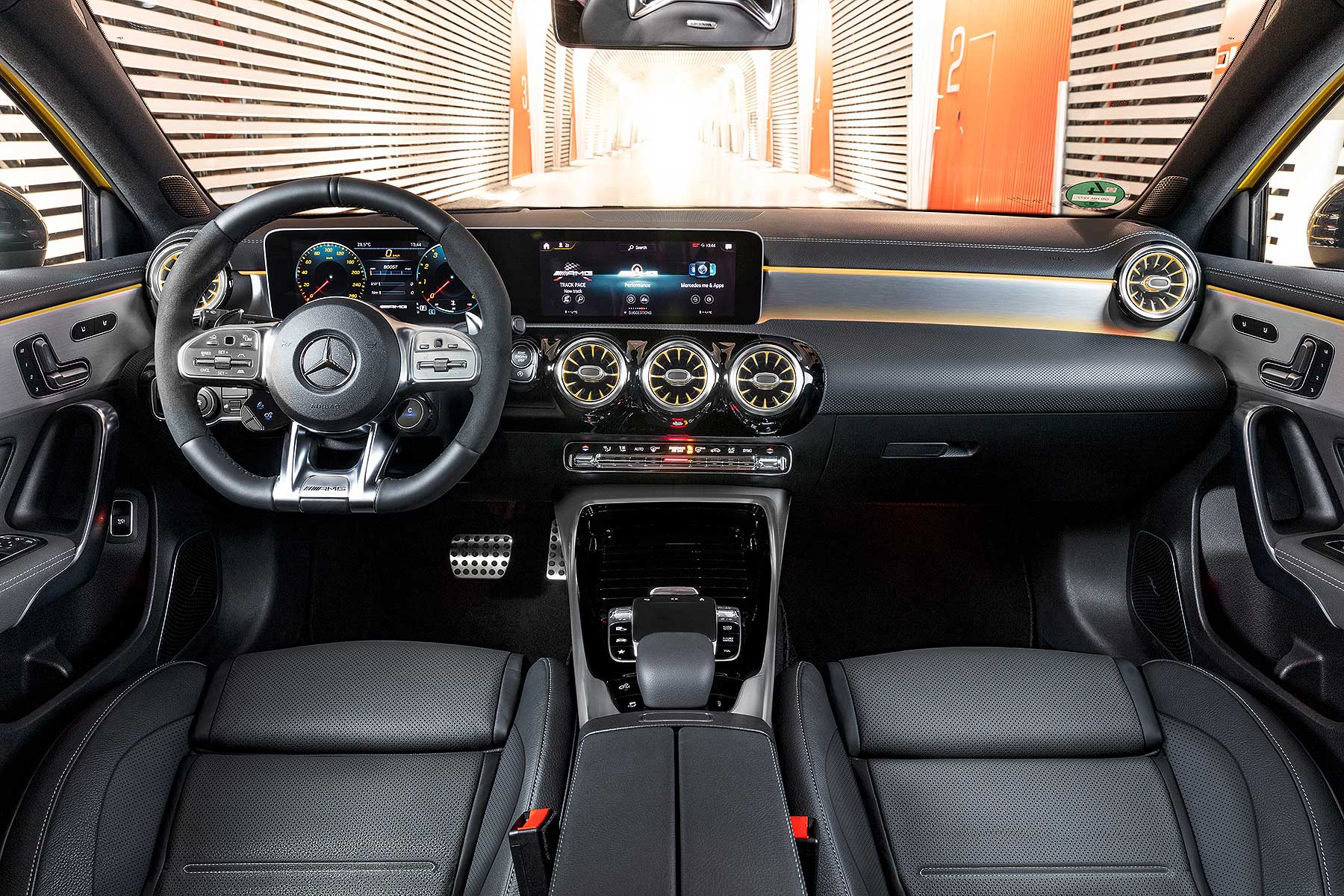 Mercedes-AMG has designed three bespoke AMG displays for the widescreen cockpit display – we like the sound of Supersport, with a big central rev counter and additional displays either side. They even have a 3D layout for added impact.

The MBUX touchscreen display has AMG extras too, such as the AMG Trace Pack and numbers-packed telemetry data. Owner can choose from 80 different data feeds: perfect for track days, says AMG. It will even save your 0-62mph acceleration times for analysis (and bragging rights on social media) later.

Mercedes-AMG A 35 4Matic: in detail 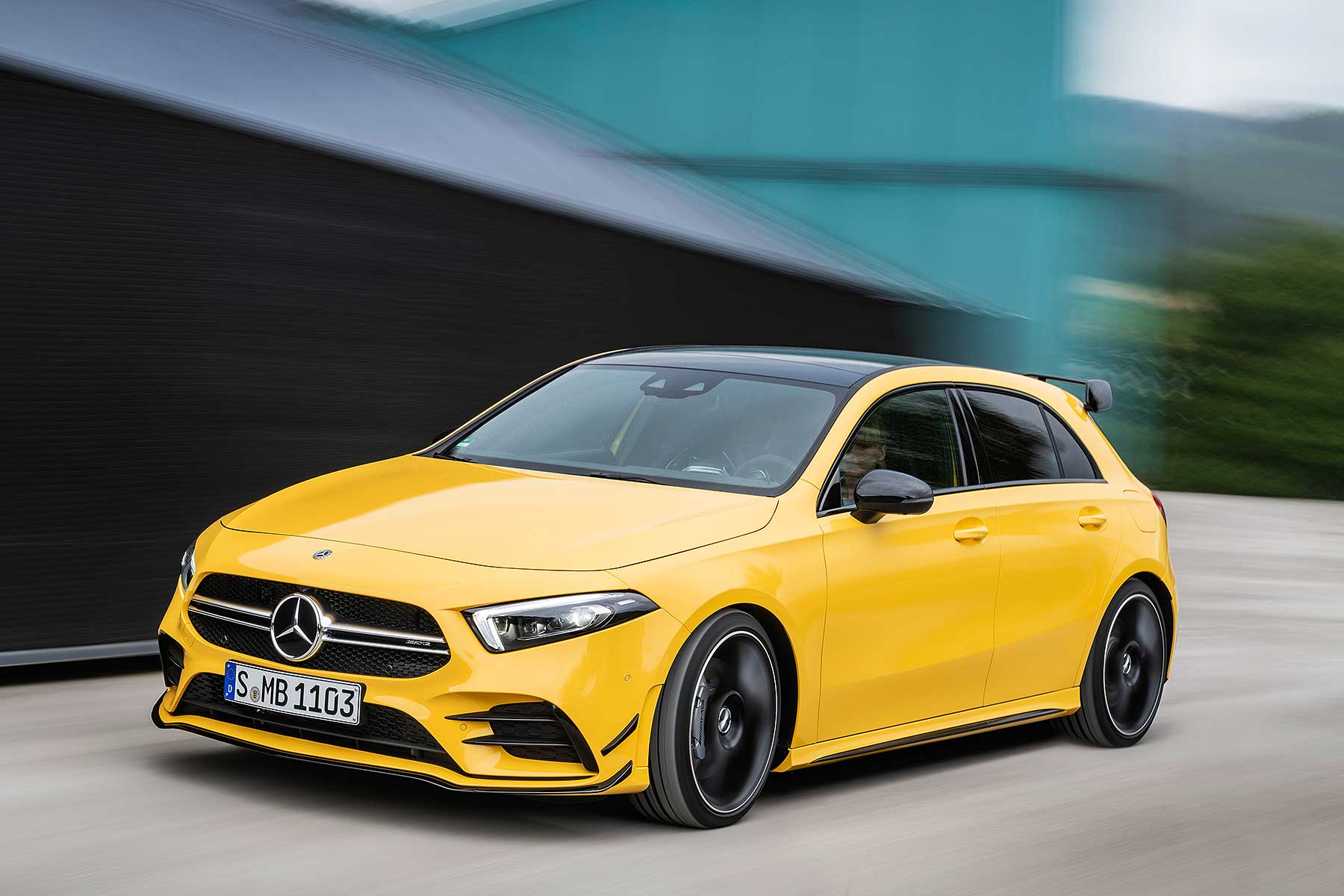 Mercedes-AMG has boosted up the new A-Class’s 2.0-litre four-cylinder engine to 306hp with a new twin-scroll turbocharger. It responds super-crisply, we’re told, and Camtronic variable valve control means it’s relatively efficient too, with economy of up to nearly 39mpg claimed. 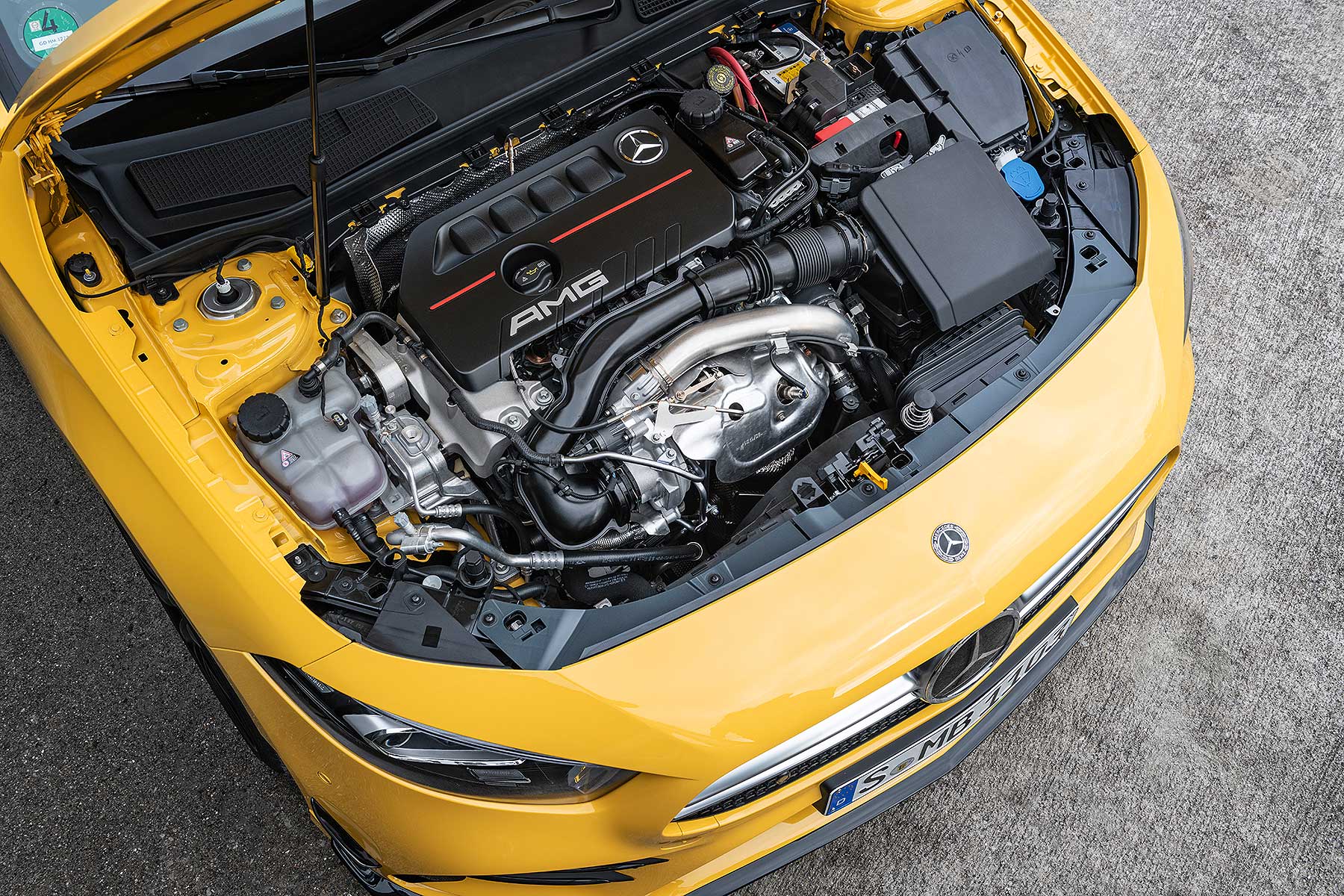 Of course, it has a rorty AMG exhaust, with an automatically controlled flap to turn it from relatively legal into loud and raucous at the press of a button.

The engine is paired with an AMG Speedshift DCT 7G gearbox, which inevitably has a race start function, maximising the traction of the AMG Performance 4Matic all-wheel drive system for hassle-free traffic light domination of Golf GTIs and Honda Civic Type Rs. 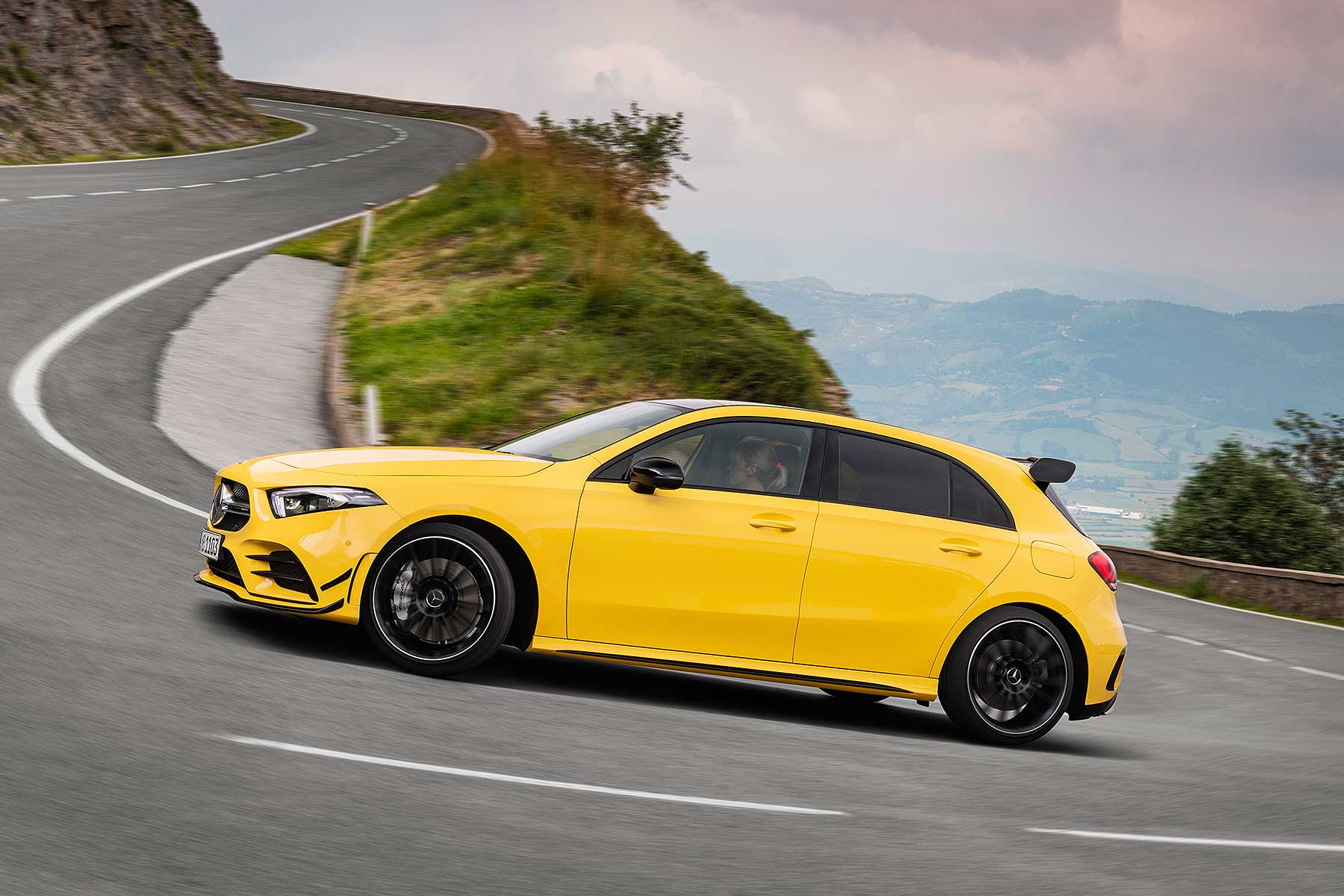 Adaptive damping is also standard, with three different modes; this enables AMG to offer five different AMG Dynamic Select drive profiles, from relatively comfortable to rock-hard and racy. There are lots of AMG-specific suspension components too, such as a beefed-up front knuckle and bespoke geometry.

Mercedes-AMG has not just bolted new bits onto the A 35 4Matic, either. It’s actually strengthened the entire bodyshell, with modifications to the front-end improving precision and turn-in, and a ‘shear panel’ in the engine bay upping stiffness. There are two more new diagonal braces on the underside, too. 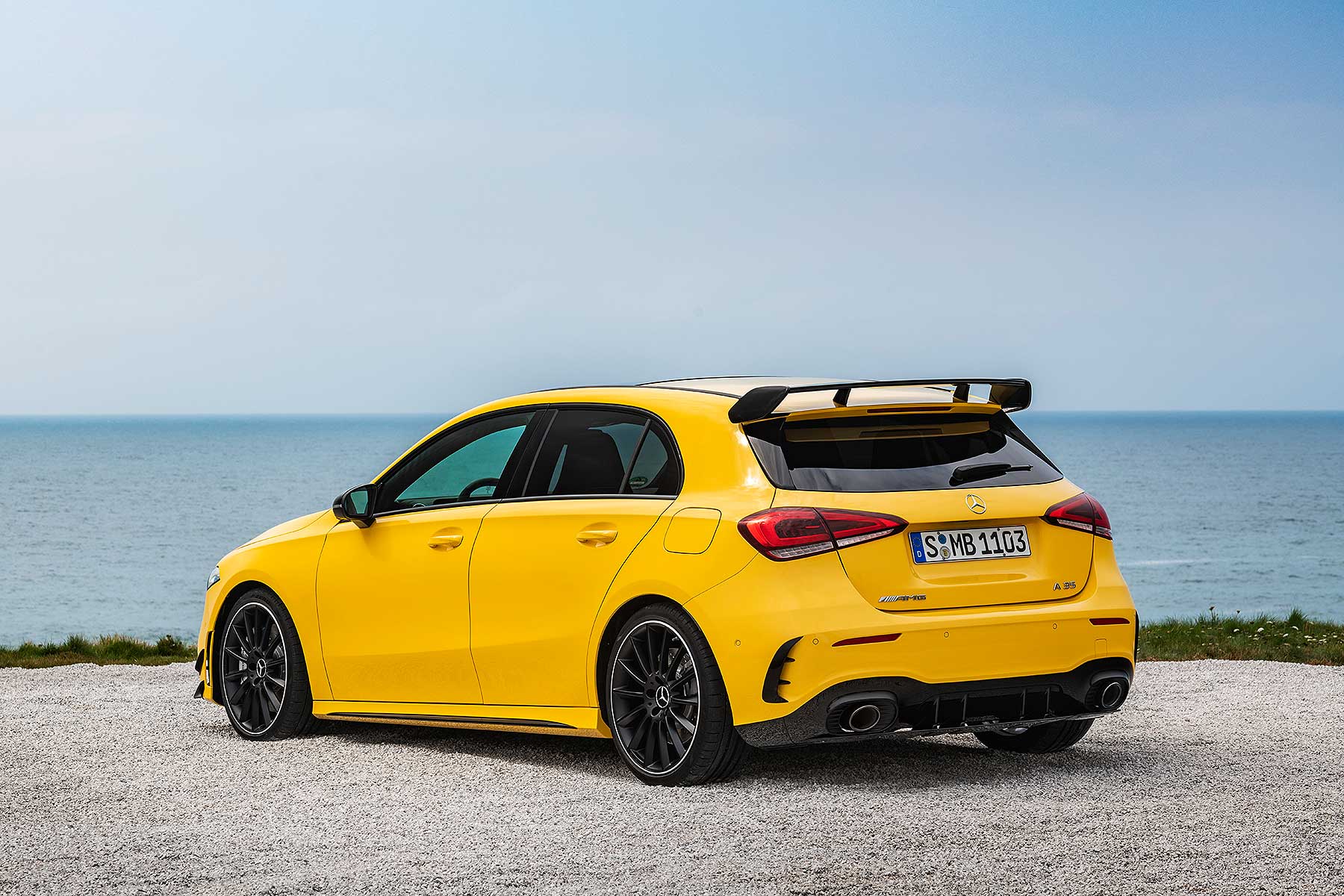 “With the introduction of the A 45 in 2012, we presented a real benchmark in the compact segment,” said Mercedes-AMG CEO Tobias Moers.

“The demand for our compact models has developed very dynamically in recent years. This success has encouraged us to further expand our portfolio and place it on a broader footing.

“With the new A 35, we are fulfilling our brand promise of driving performance in every detail and offering thrilling lateral dynamics at the level of today’s A 45.” 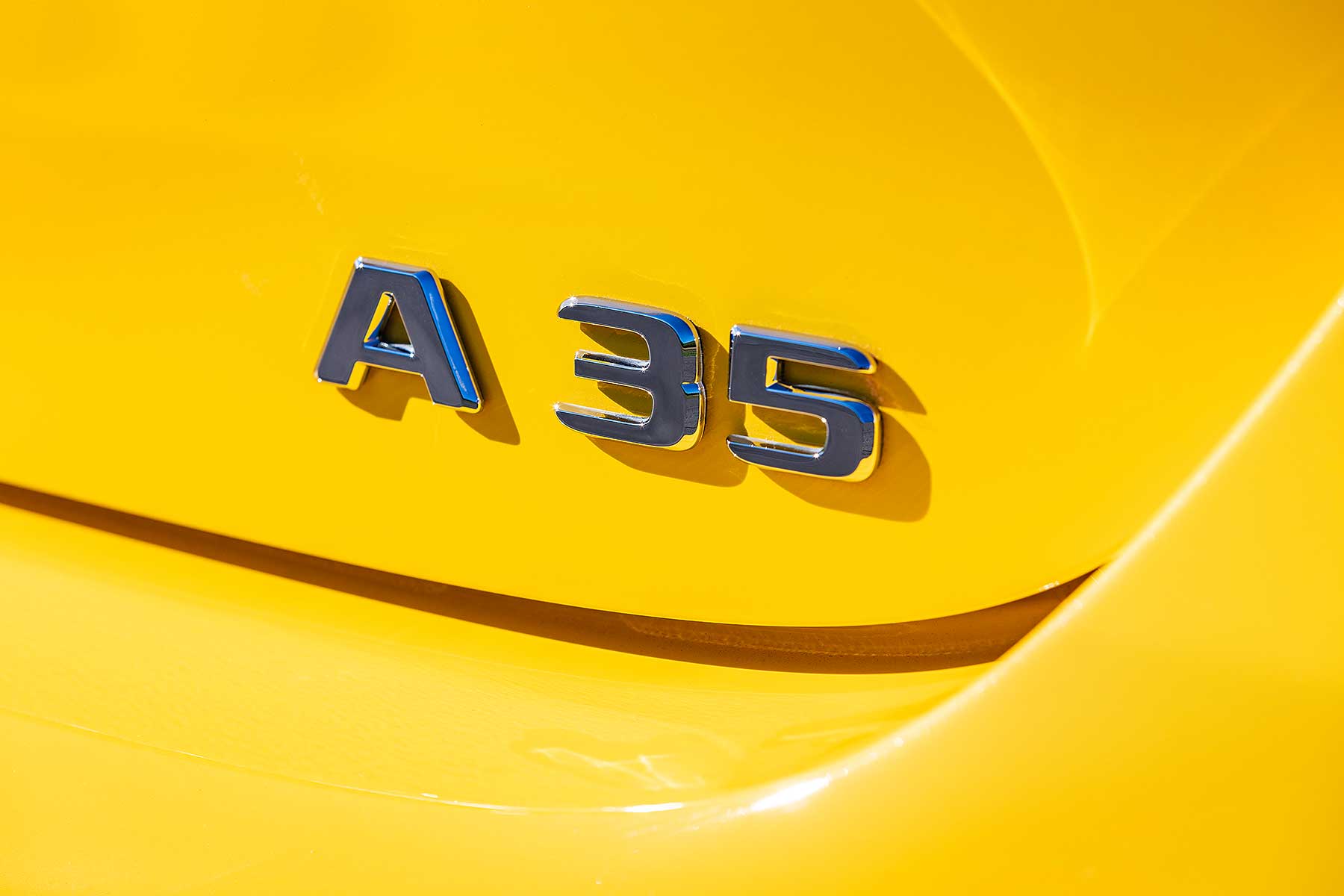 And tomorrow’s A 45? It’s coming, adds the firm. This A 35 is a warm up for that car: it’s been developed at the same time as its forthcoming bigger brother and carries all the AMG DNA that model will possess.

Plus, presumably, a suitable power hike even over this. Question is, how much beyond the 400hp mark will it go…