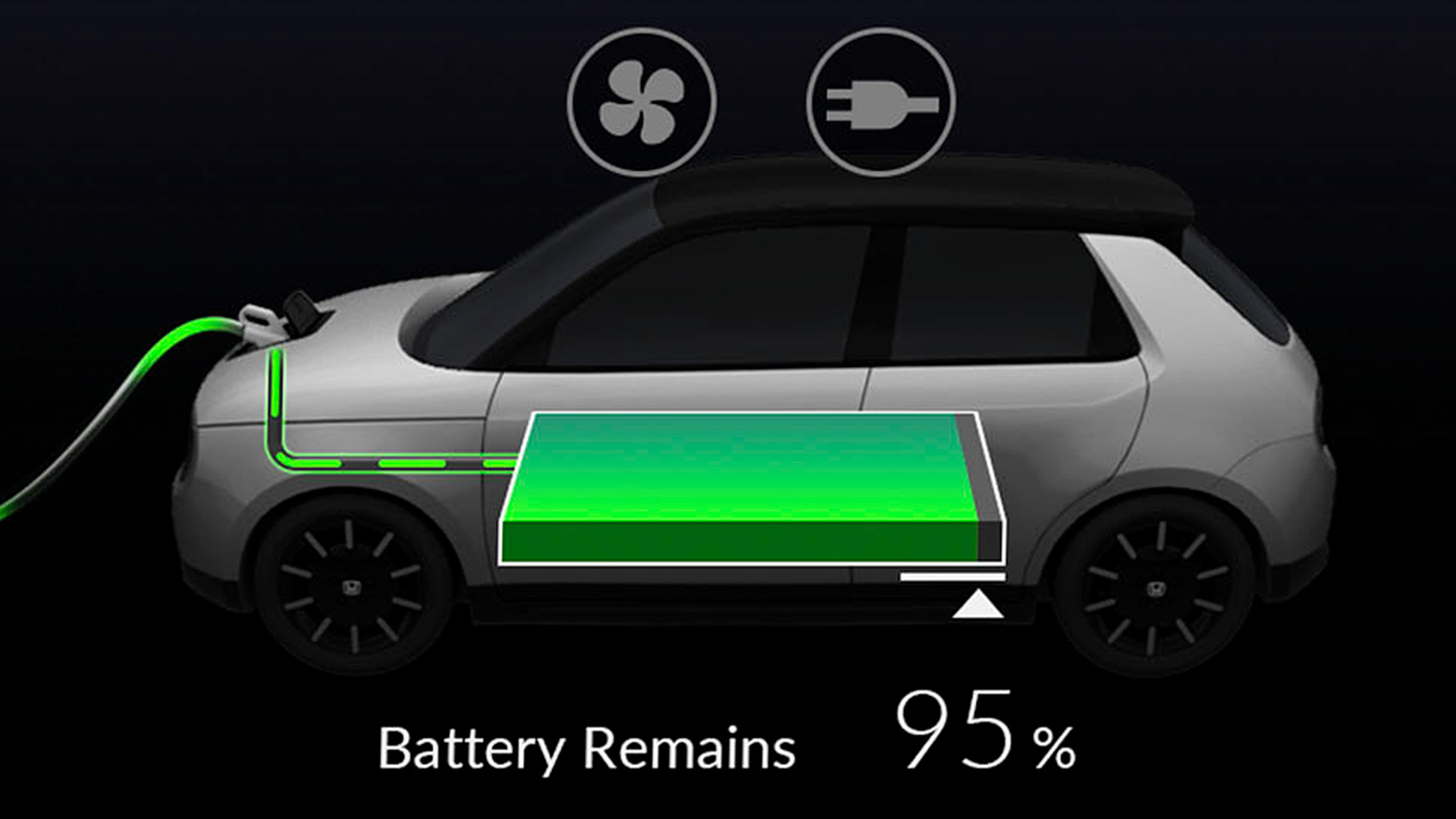 Honda has given us a glimpse inside the hotly-anticipated 2019 production version of the Urban EV. The retro-futuristic all-electric concept debuted in 2017 to an uproarious reaction, prompting Honda to fast-track a production version. Here’s our first look at the prototype due at Geneva…

Our immediate first observation is that on one of the screens we can see the production car’s silhouette, complete with… five doors. That is a departure from the concept but not an unwelcome one. It doesn’t appear to have impeded on the Urban EV’s unique style. 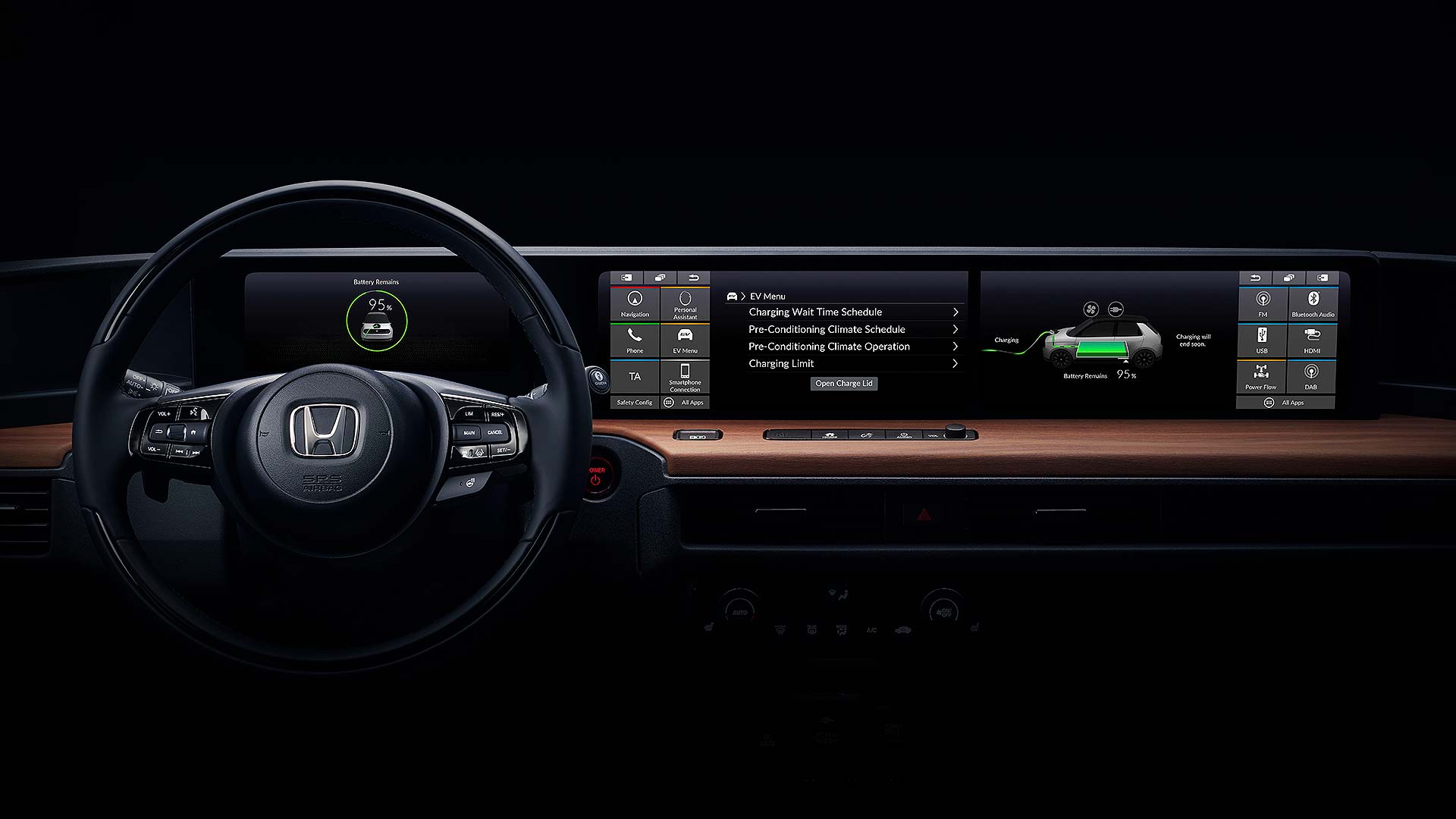 Happily, the full-width minimalist digital dash of the concept has largely carried over. There’s a distinctly production-looking wheel you wouldn’t be surprised to find on any other Honda and a very clean, premium-looking and user-friendly interface.

What’s decidedly not retro, is what we think could possibly be screens and cameras instead of door mirrors… Not the screen to the left of where you’d normally find the speedo and rev counter…

Below the screen, there remains a lovely wood-looking trim, as seen on the prototype Whether it’s actual wood or an eco-friendly imitation remains to be seen. Either way, we’re a fan of the aesthetic, which harks back to the original Honda Civic interior.

There remain big questions about the Urban EV when it arrives.

Will the real-world driving range be tenable? How fast can you charge it up? Will it be affordable? Honda has undoubtedly addressed any image problems electric cars have with what must be one of the coolest-looking small cars in a generation. 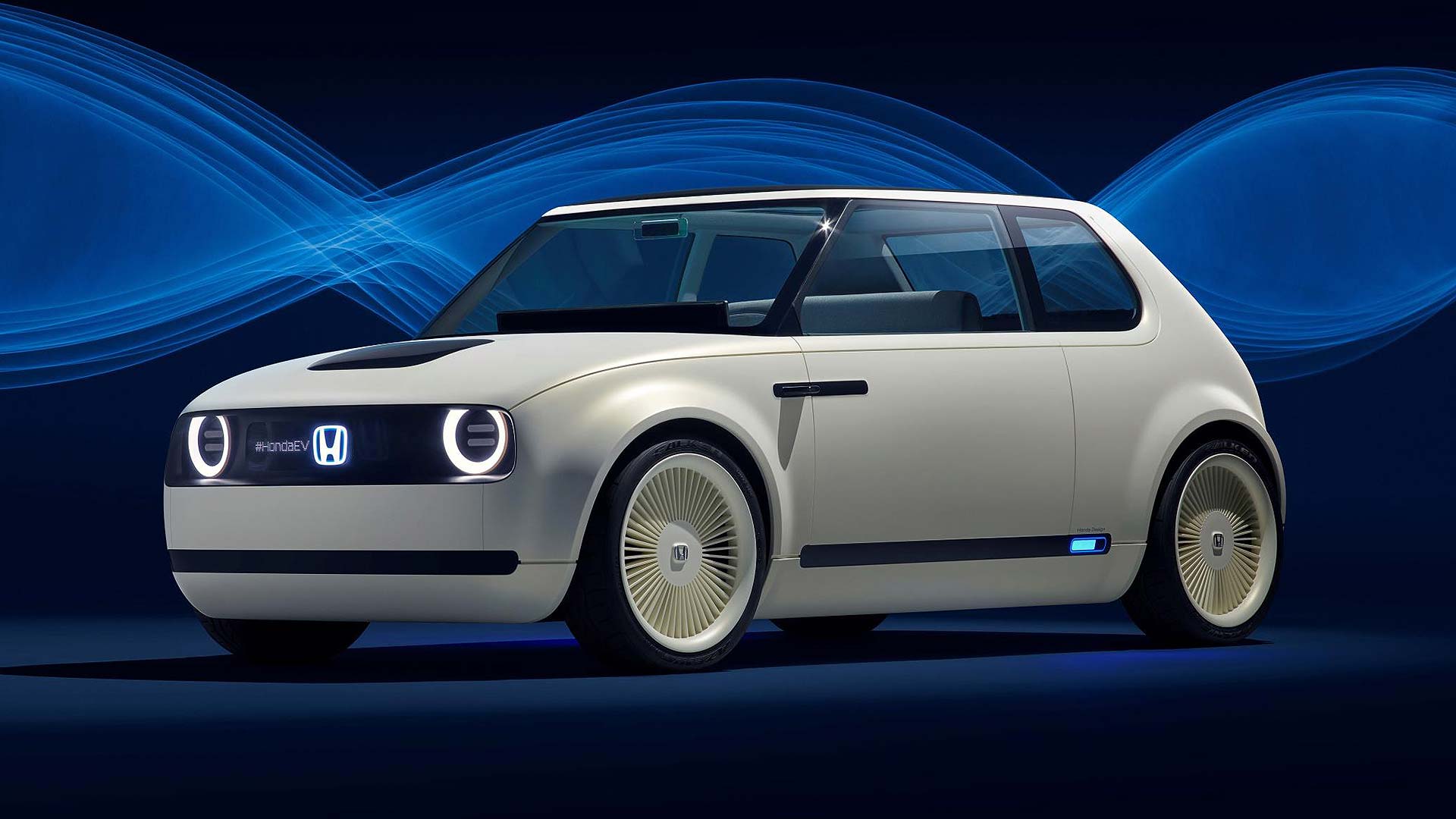 However, in going to production, we hope it’s also addressed some of the serious issues that hamper real-world electric cars in their quest for the mainstream.

Speculation remains rife. Either way, we can’t wait for Honda to reveal all next month on March 5 at the 2019 Geneva Motor Show.