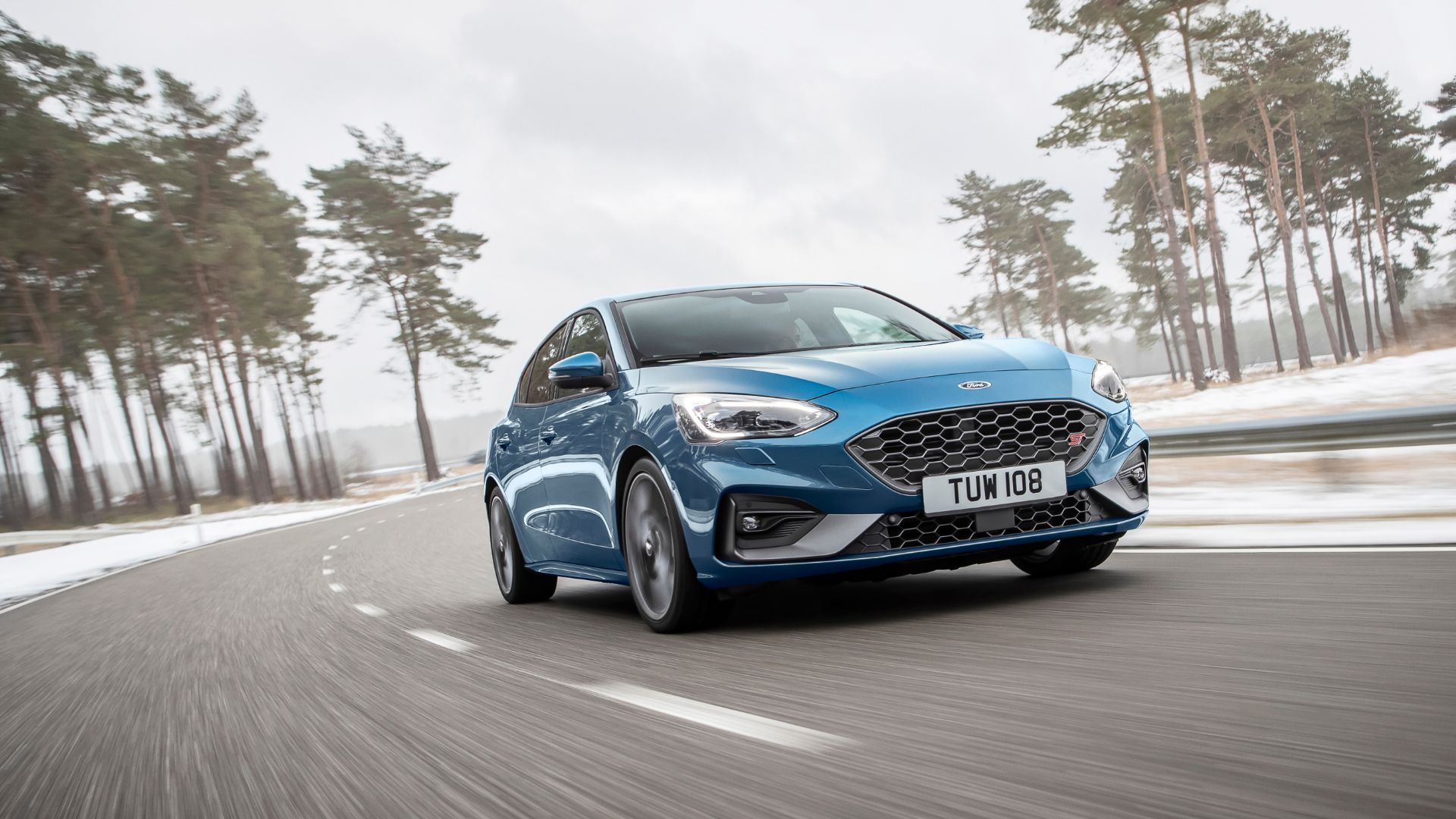 If all of that holds true, and that tech is there for the better, it should be a class-leading hot hatch. We break down the new 280hp Focus ST’s highlights with 10 fast facts.

It has a Mustang engine 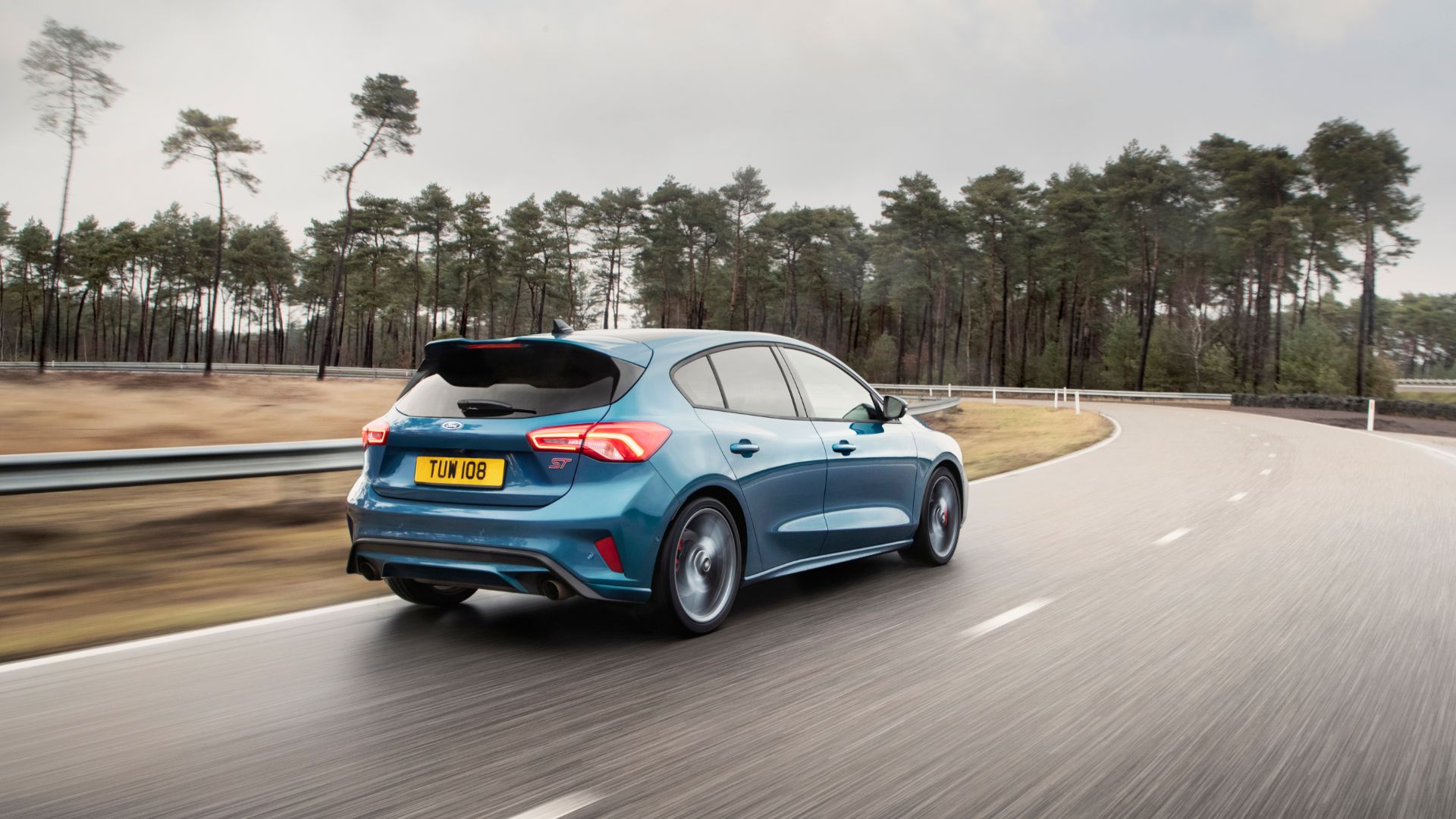 No, that doesn’t mean the 400 horsepower-plus Coyote V8 sits atop the front wheels. The 280 horsepower ecoboost four-cylinder is actually from the ‘lesser’ Mustang, but the commonality (and the kudos) is there. Displacing 2.3-litres, it also packs 420Nm of pulling power.

There is a diesel 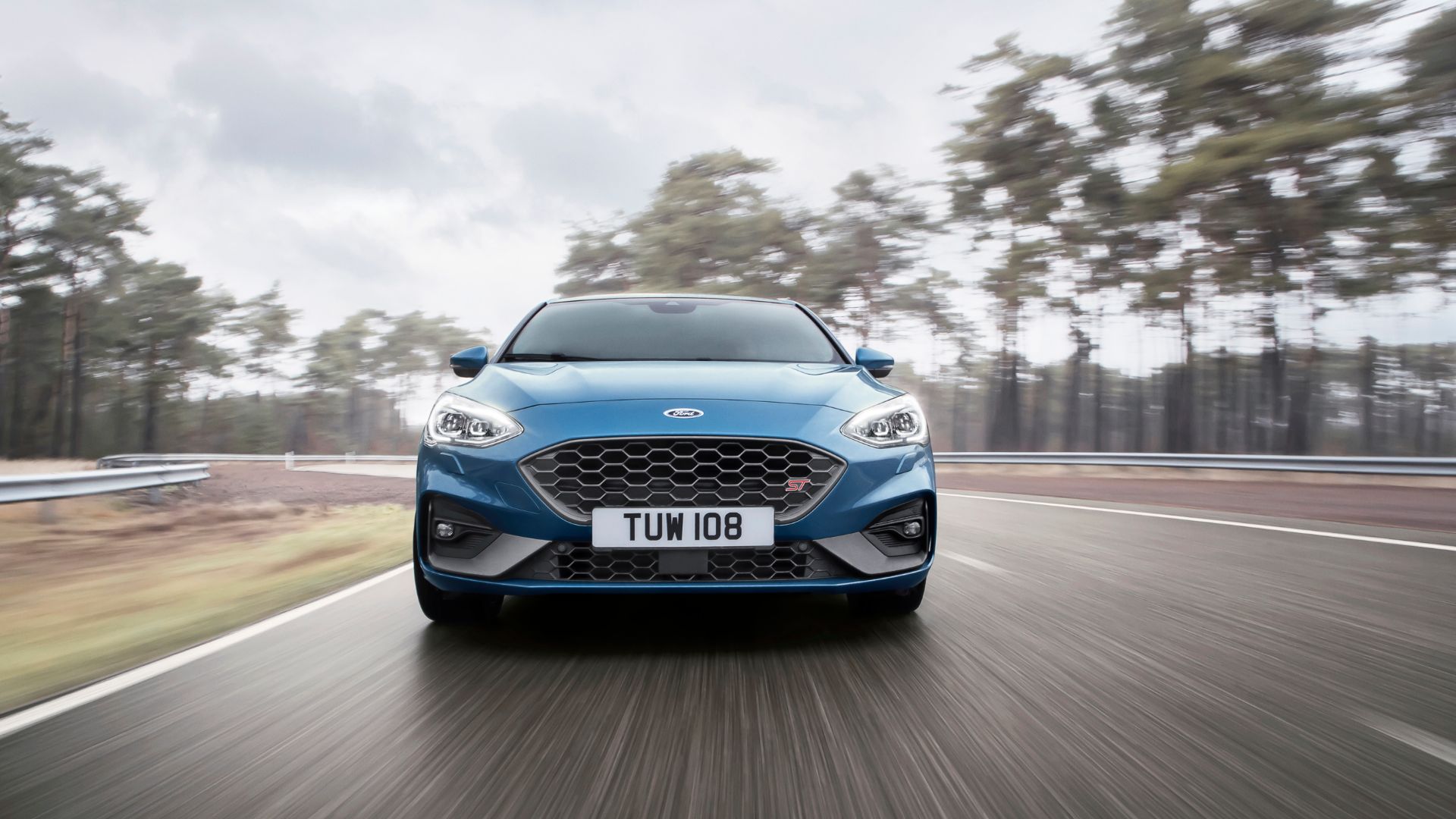 Praise be! There is a diesel and it’s a corker. How does 190 horsepower, and 400Nm of torque sound? That pulling power is available from as little as 2,000rpm, too. That’s all fine but what you really want to know is how frugal it is… Unfortunately, there aren’t any mpg figures yet but expect over 50mpg at least.

Its brakes are four times better 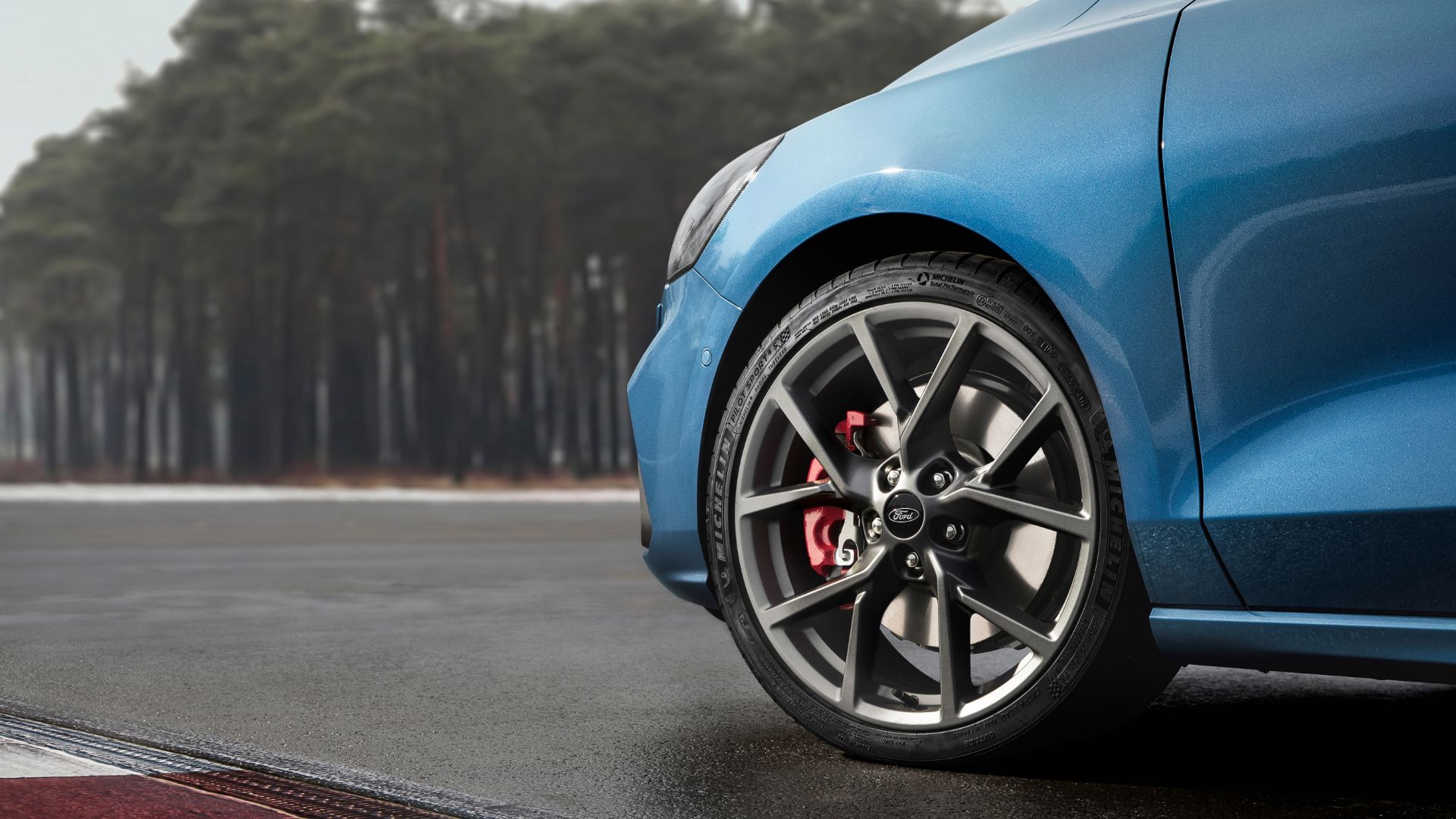 Yes, you read that right. Four-times improved rate of brake fade. That’s quite the improvement and music to the ears of any enthusiasts wanting to point their fast Ford at a track day. How did they manage it? Rigorous testing procedures first used to verify hardware for the 650hp Ford GT supercar. Yes, the very same Ford GT you can’t buy because you’re not on the list, even if you do have the requisite £500,000 in the kitty. Rarified breeding for the new fast Focus, then…

It’s quicker than an RS from 10 years ago 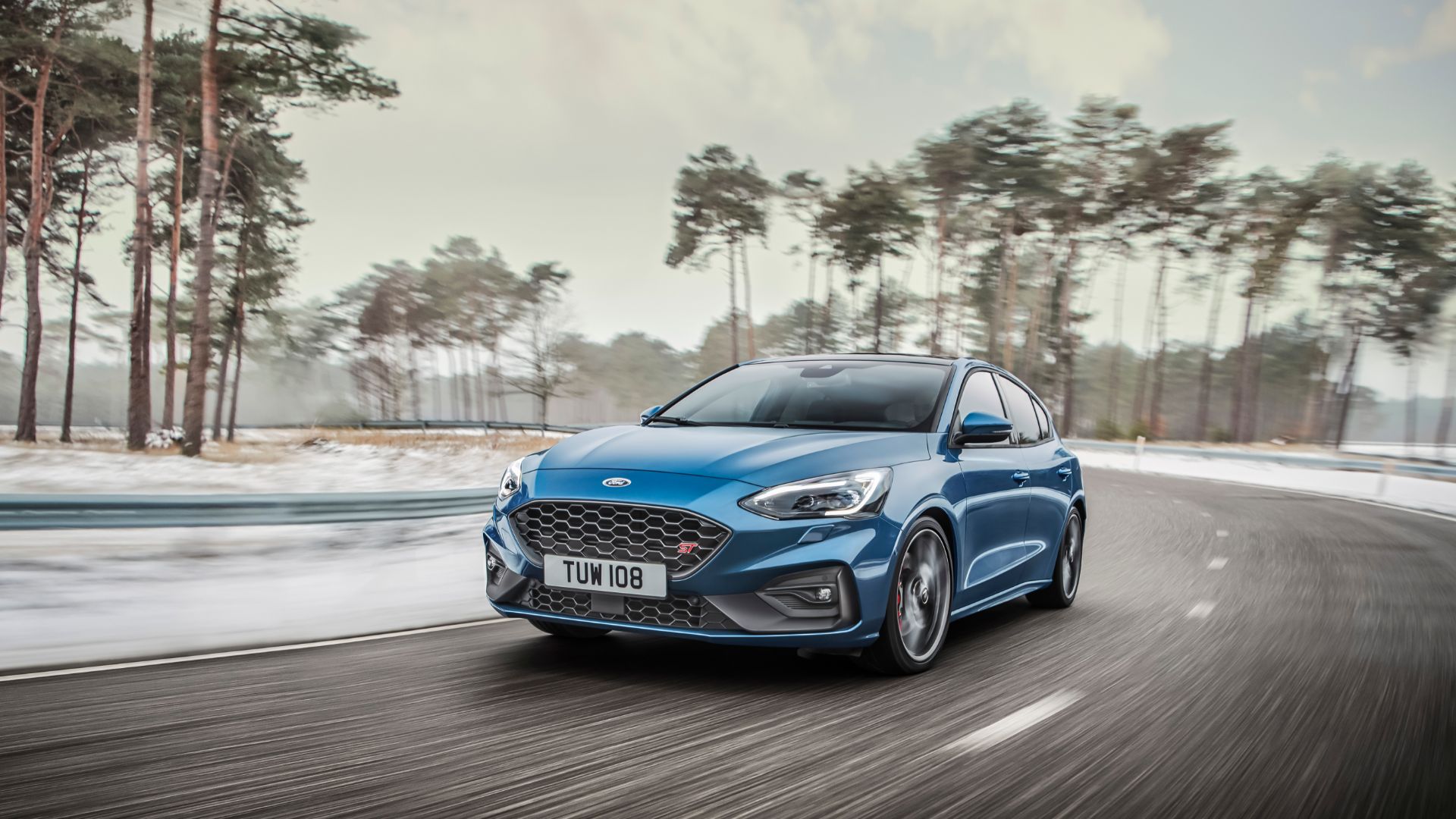 It has a Ferrari-style e-diff 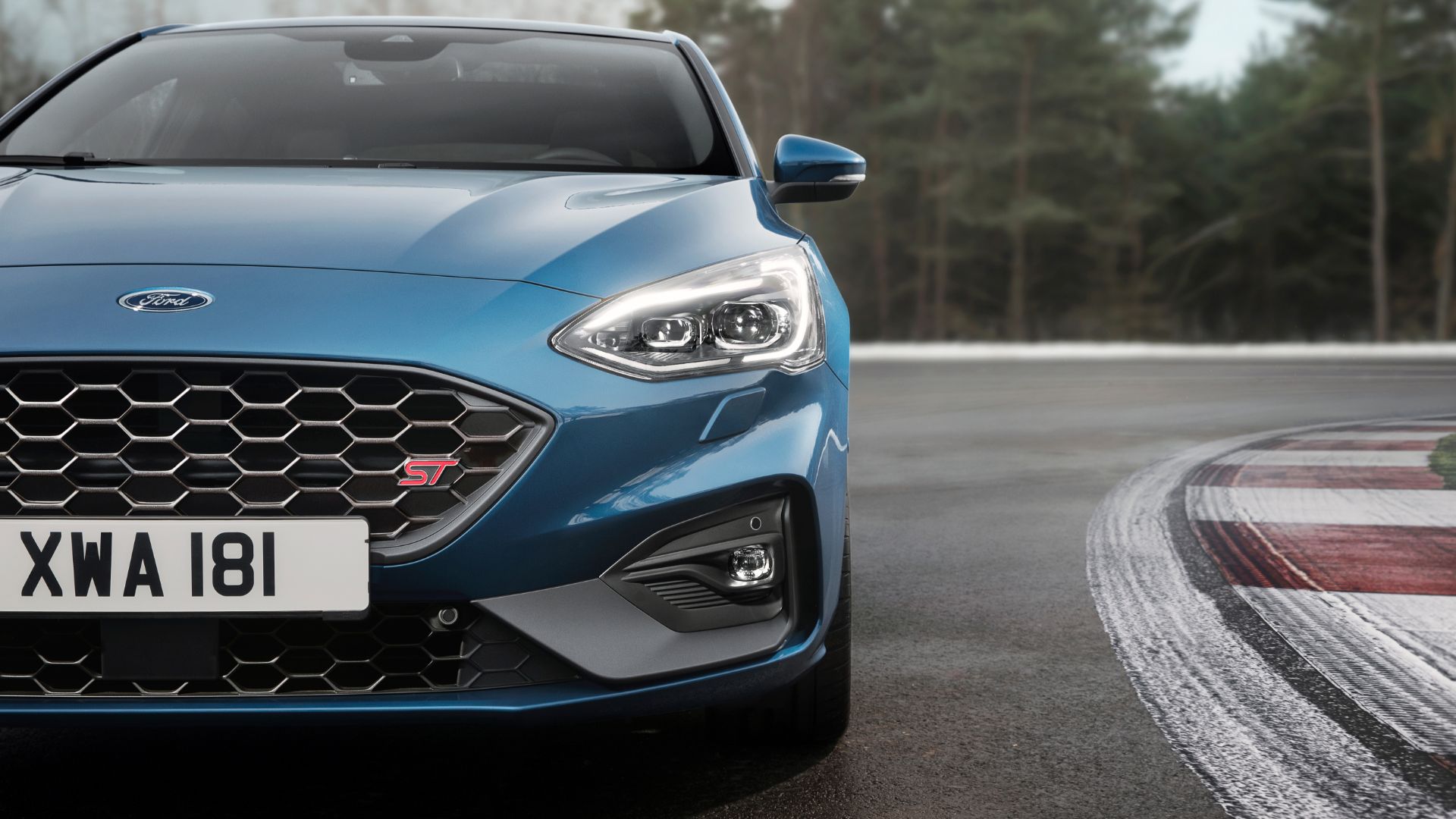 Ford seems very proud of the fact that the new ST is packing its first eLSD for a front-wheel-drive car. Electronic limited-slip differentials have been around for a while, first appearing on the road in Ferrari’s F430. Now, 15 years on from that car’s debut, you can get the same technology on a mid-level Ford hot hatch. The system uses hydraulically-activated clutches to divert as much as 100 percent of the engine’s power to the wheel with the most grip, and takes instruction from the car’s arsenal of sensors.

It has four driving modes 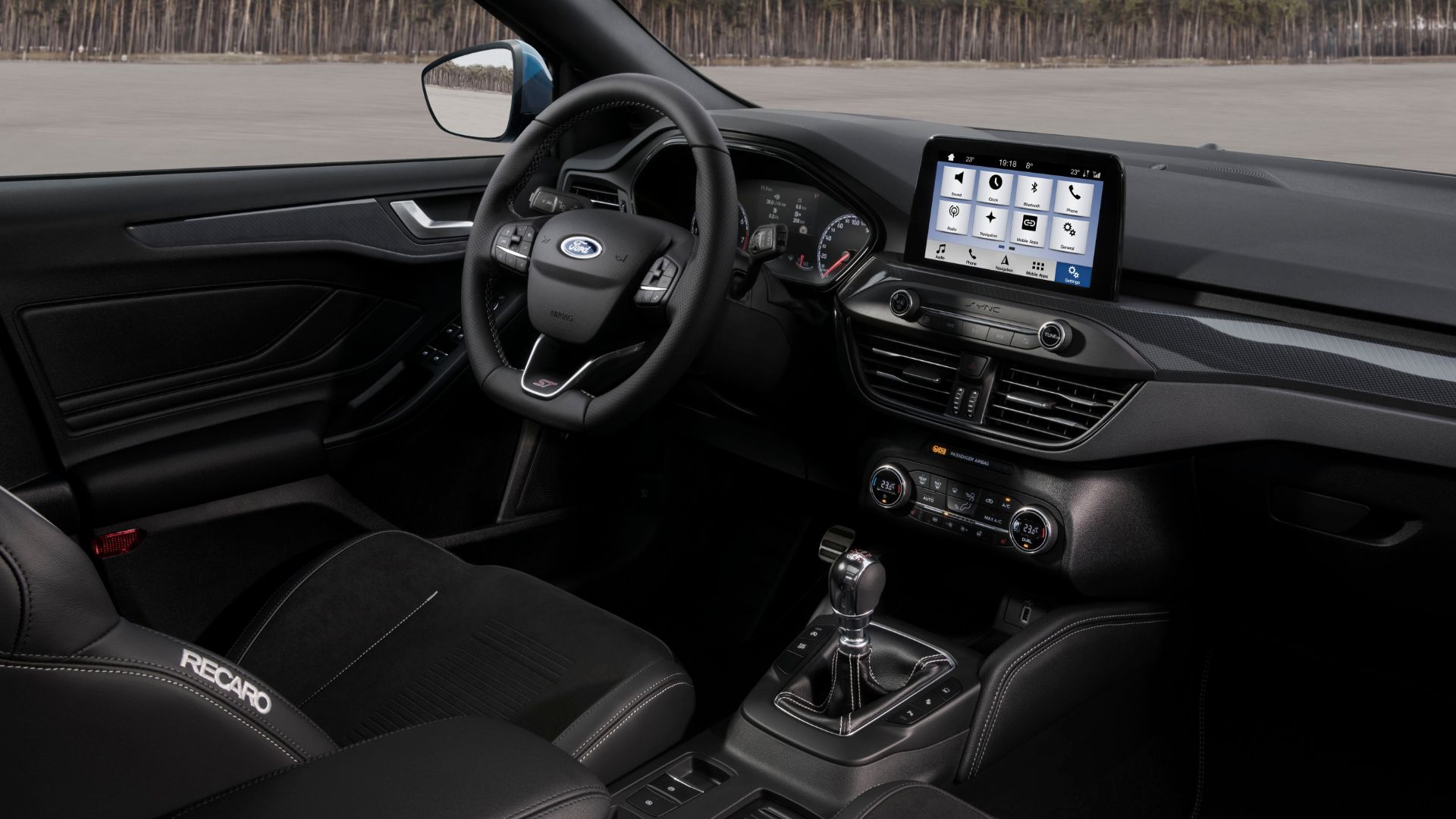 This is key to Ford’s claim that the new Focus ST is a jack of all trades and a master of most. Wet, normal, sport and track do what they say on the tin. The latter is only available with the optional performance pack. It adds weight to the steering for a more satisfying action, increases braking response, tightens up the adaptive dampers (CCD) and, activates the anti-lag… 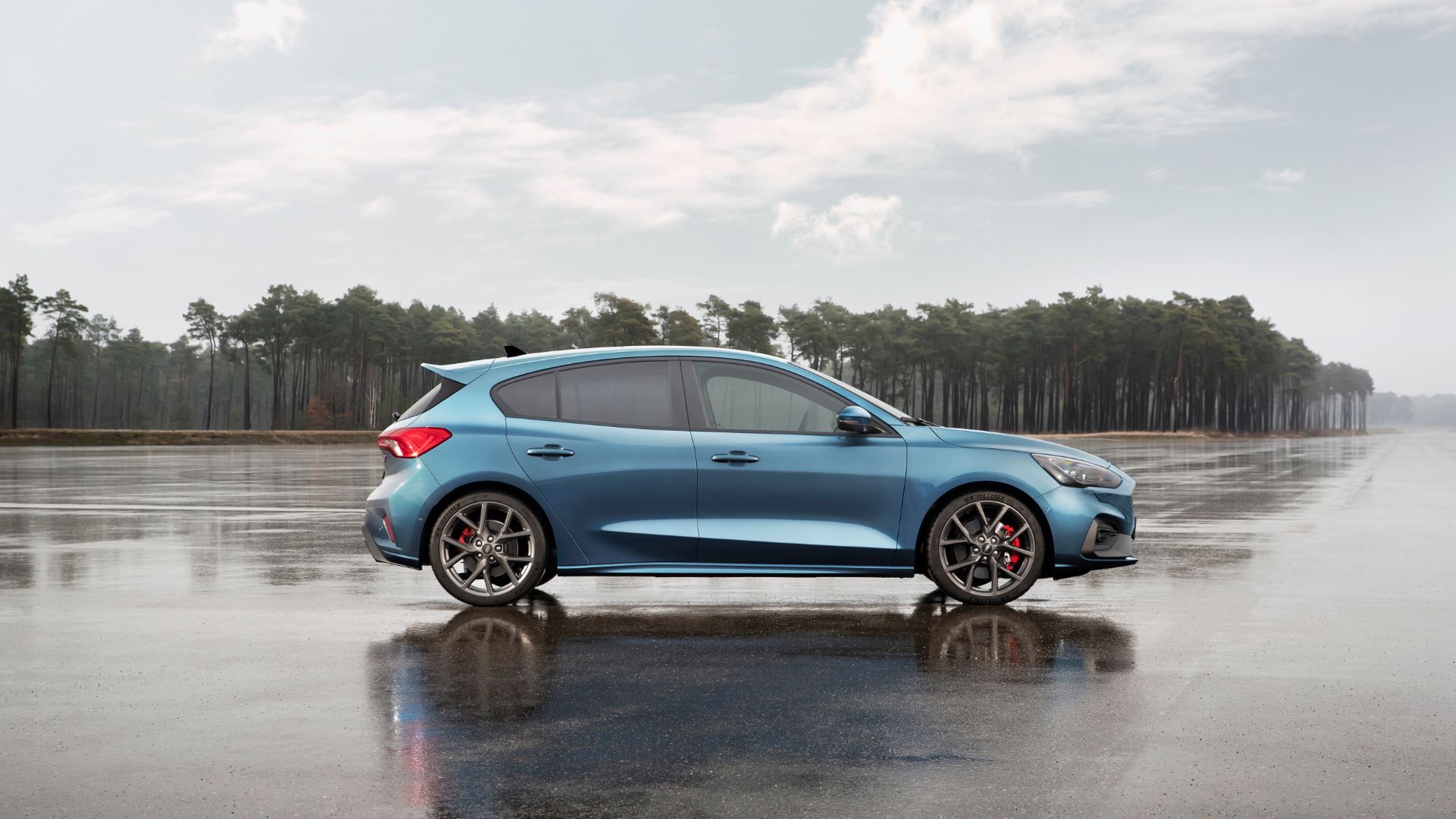 That’s right, the new Ford Focus ST has anti-lag. No, not quite like the Focus rally car of the late 90s and early 2000s but very similar to the system used on the Ford GT. The system keeps the throttle in even when you left off, to keep the turbo spinning and ready for your next request for power. Whether it’ll sit spitting flames on a limiter pre-launch is another question. The GT has something of a limiter bounce on launch, albeit without the rally-style fireworks… We can’t wait to try it out.

The diesel is more powerful than the original Focus ST 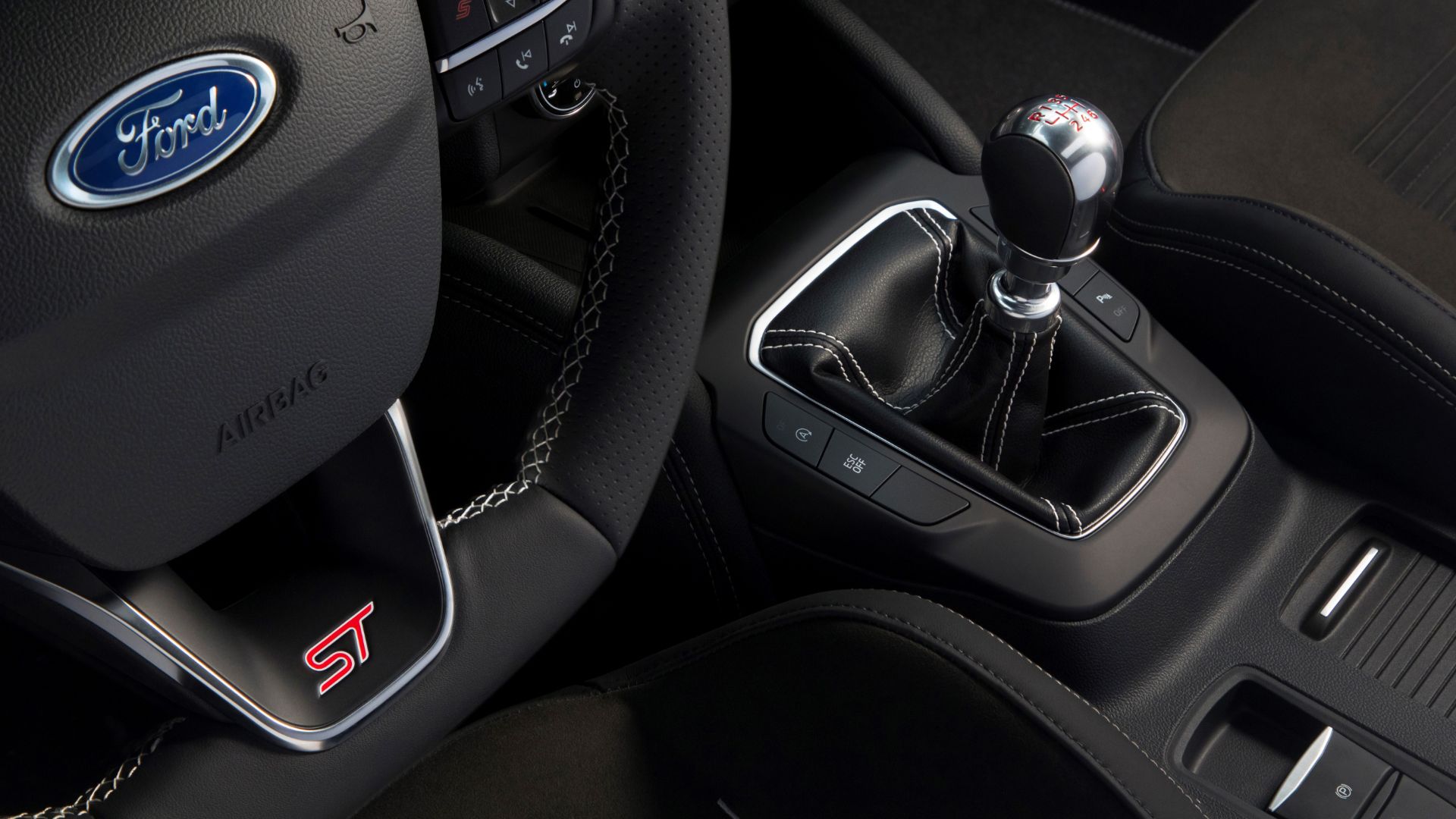 The original Focus ST is now 17 years old, which is why it’s perhaps unsurprising that the very latest diesel ST has more muscle. The ST170 had… you guessed it… 170 horsepower. The new oil-burning ST lite has 190. What’s actually more impressive is that the new diesel car has over twice the torque, with that 400Nm playing 195 in the first-generation car.

It’s got a twin-scroll turbo 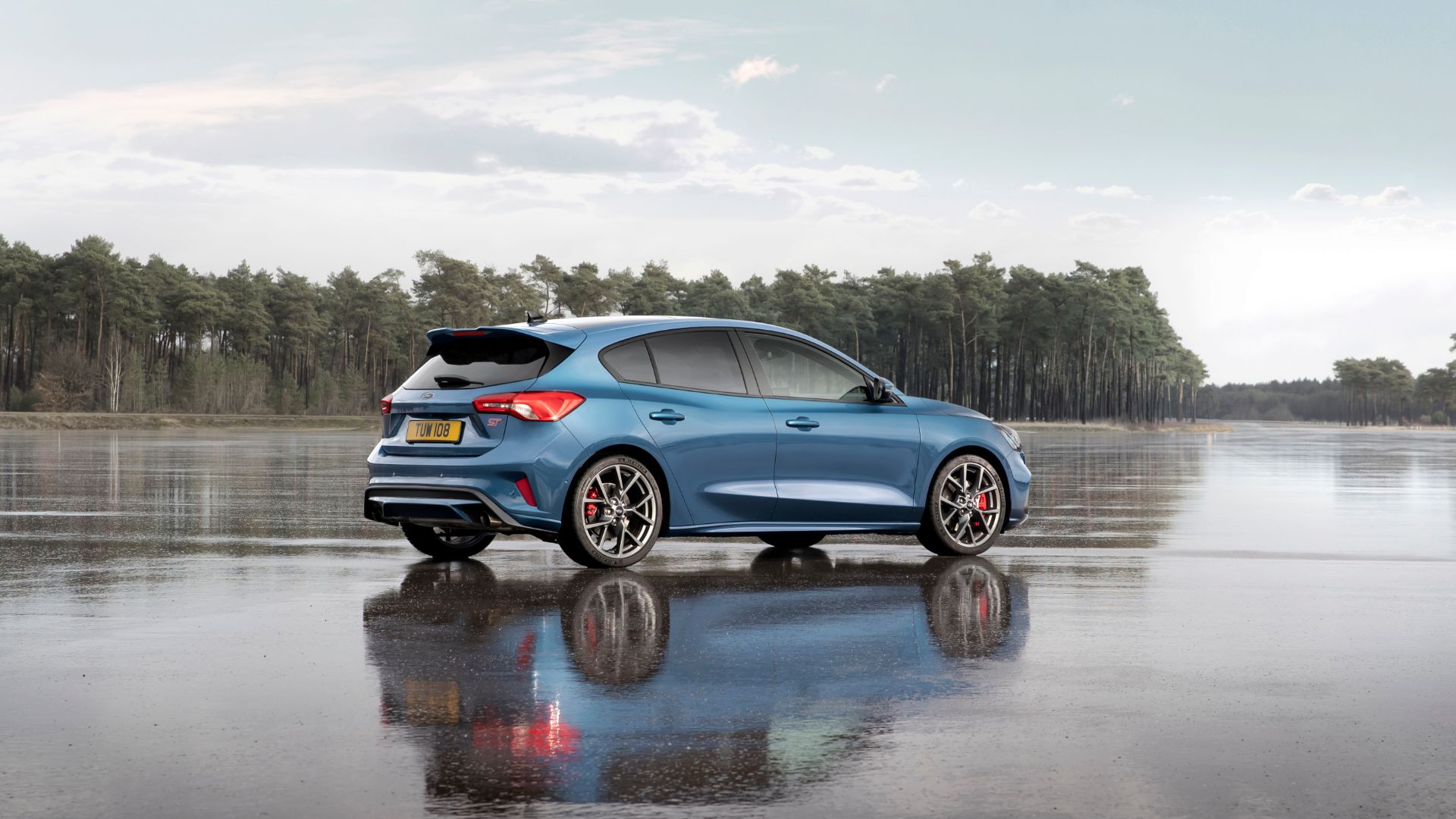 Okay, we’re getting a bit nerdy with it now. The thing is, the last generation ST was fairly unremarkable. This new car is exciting precisely because of some of this up-spec tech that Ford has given it. Adaptive dampers, changeable drive modes, an electronic diff, anti-lag; all stuff that’s ordinarily the preserve of supercars, as are twin-scroll turbos. First made famous on the Porsche 959 and later on, the 911 Turbo, they dramatically reduce lag. In the case of the old porkers, they used to say it gets rid of it. Ford isn’t making any such lofty claims, merely saying that ‘engine response is enhanced’. 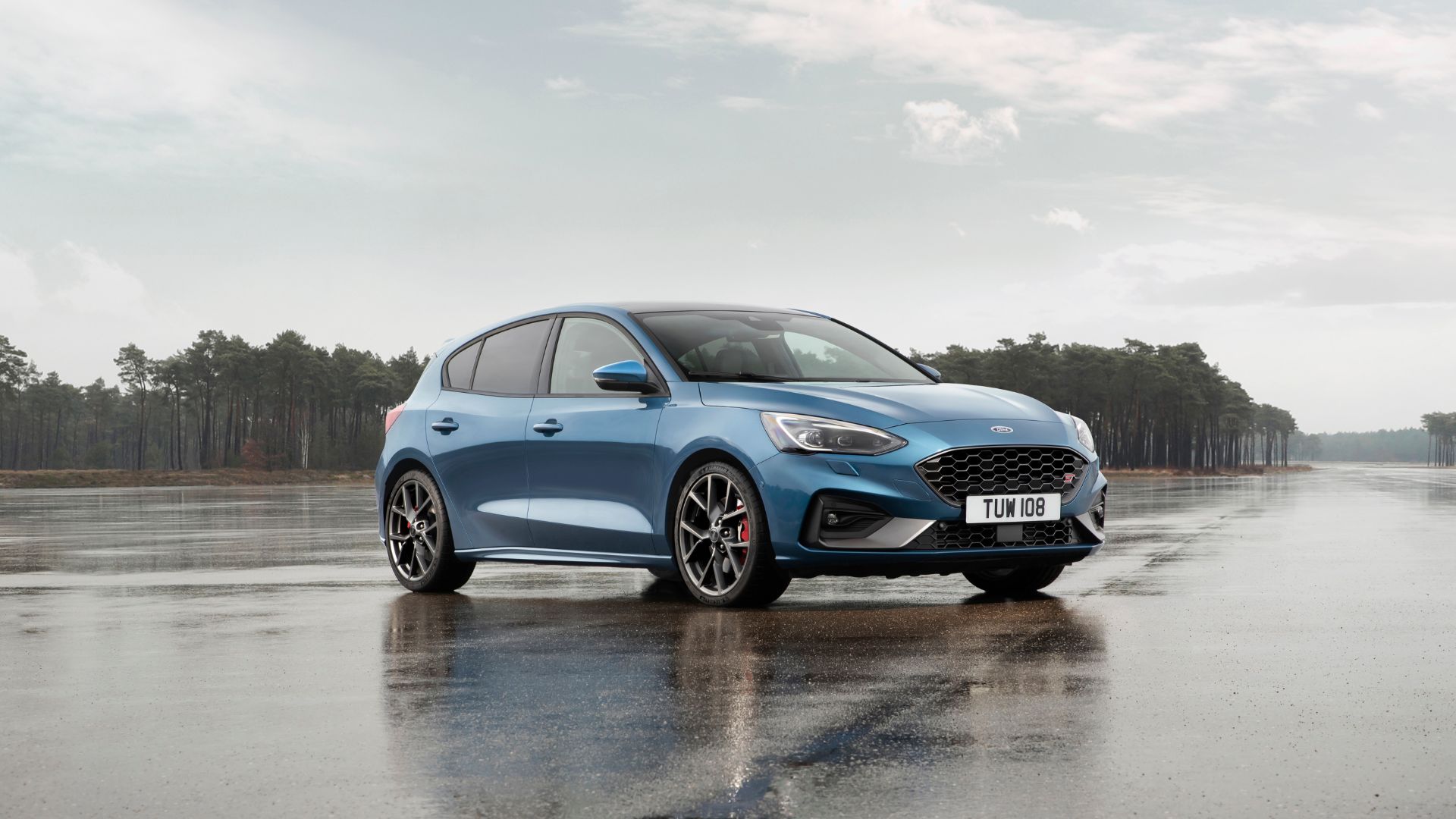 For our final fast fact, it’s what you really want to know: when can you have one? Best get on the phone to your Ford dealer now, because it lands in the summer. We have tentative high hopes for this one: it sounds like it could be just the machine to fill that Focus RS-shaped hole in our lives.