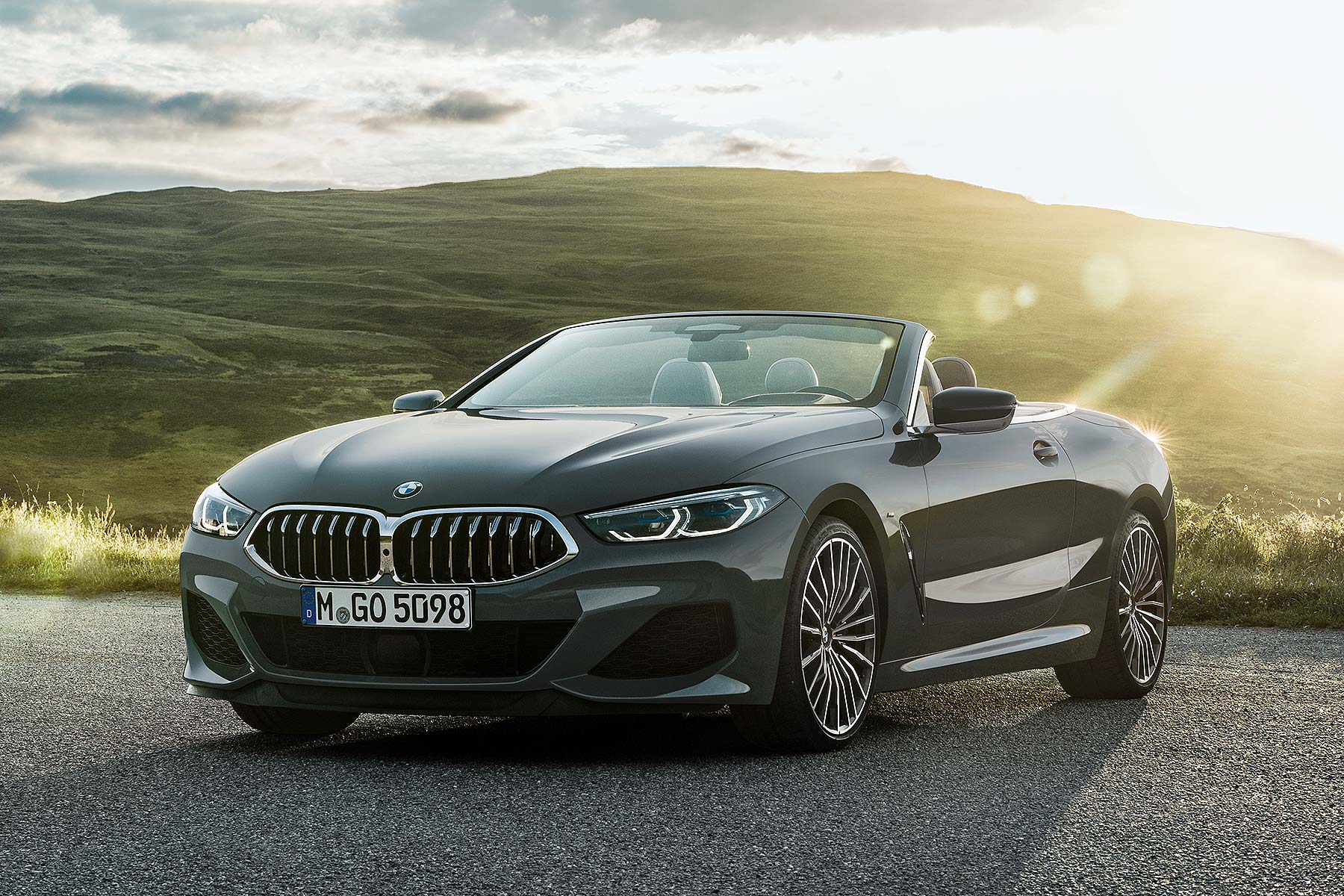 BMW has dabbled with the idea of building an 8 Series Convertible before. In the early 1990s, it even built prototypes, one of which (pictured below) is now housed in its secret collection of what if’s. Now, after reviving the 8 Series Coupe, it’s going one better, and launching a BMW 8 Series Convertible at last. 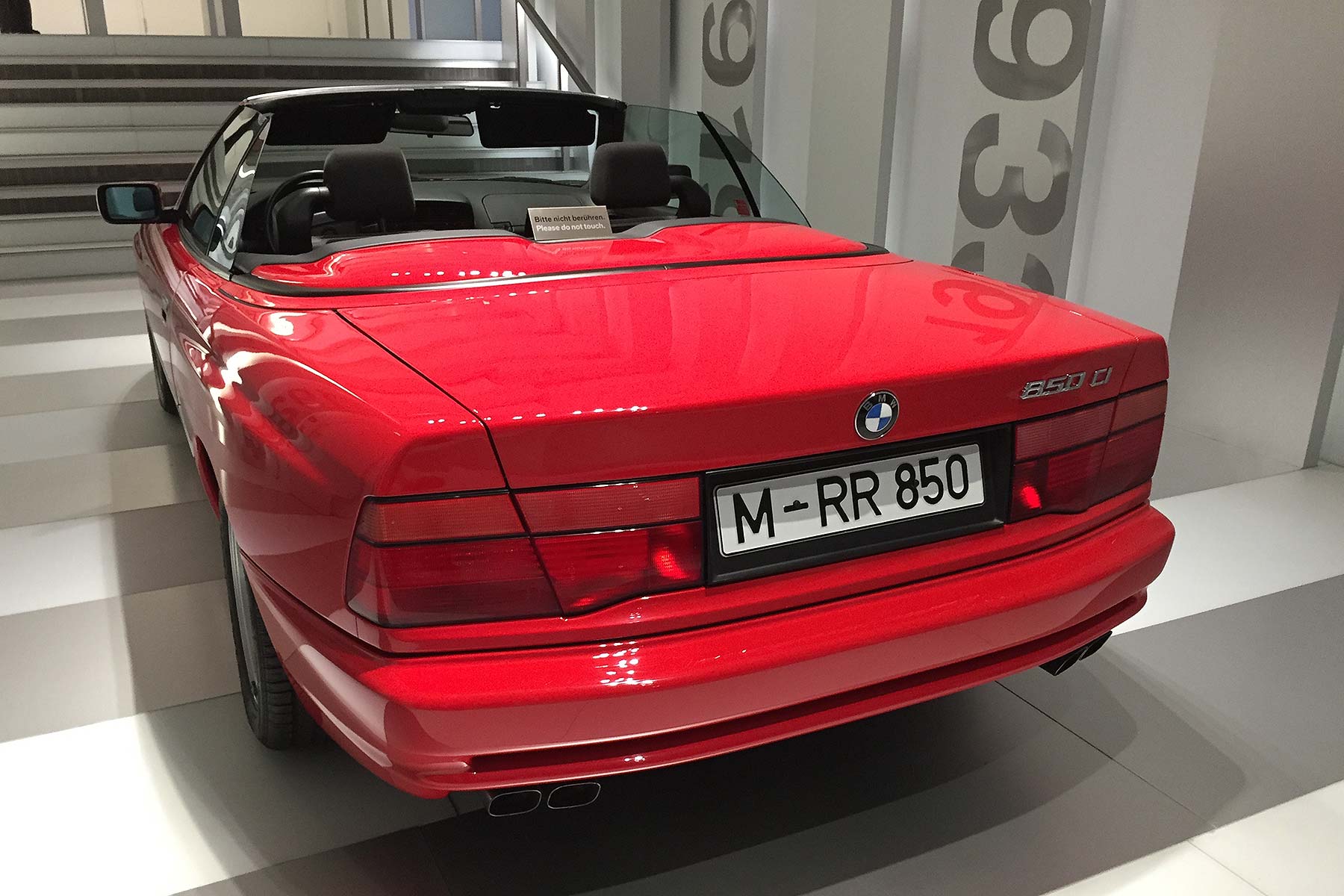 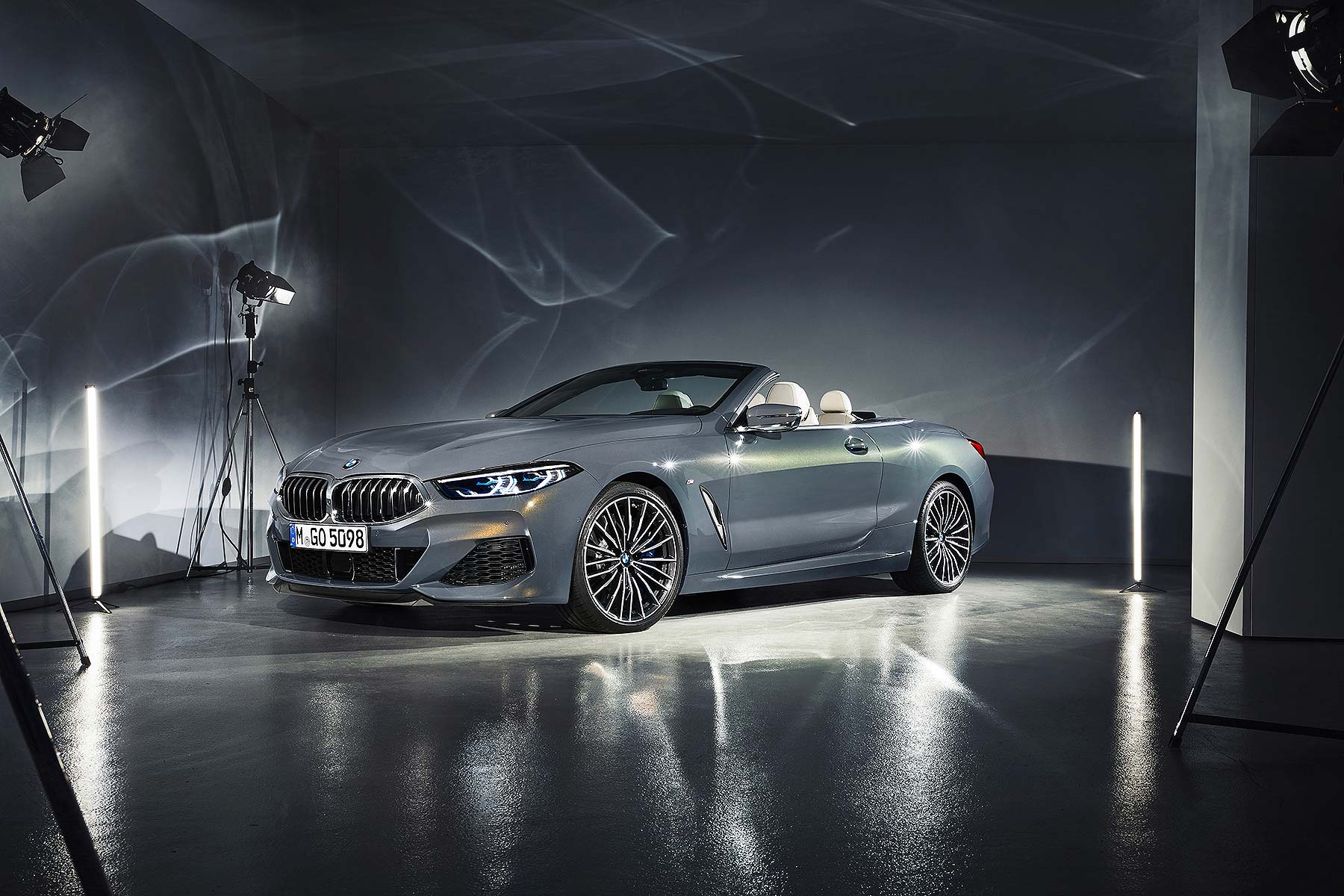 It’s a big one too, 4.843mm long and over 1.9 metres wide. The dimensions are almost identical to the 8 Series Coupe, says BMW, and because it’s been designed from scratch with convertible conversion in mind, “only a small number of additional convertible-specific weight-increasing measures were required”. We wonder what was involved in turning the original from coupe to convertible… 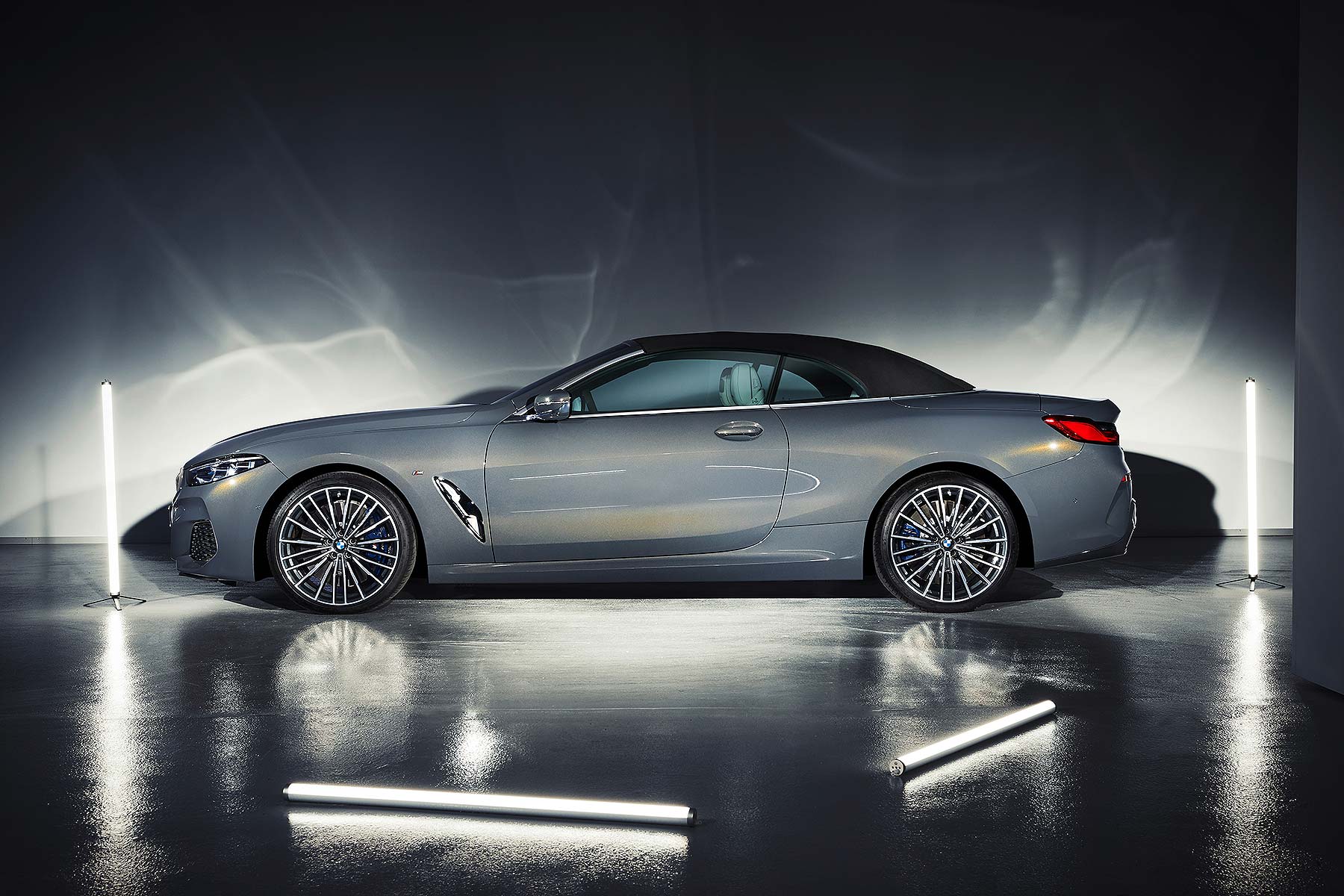 It has a soft-top roof, because these are upmarket and lead to uncompromised shapes. It also folds almost flat into the car when it’s down – BMW’s proud of how, roof down, “the rear end appears extremely flat and low to the road”. The roof lowers and raises in 15 seconds, at speeds of up to 31mph. 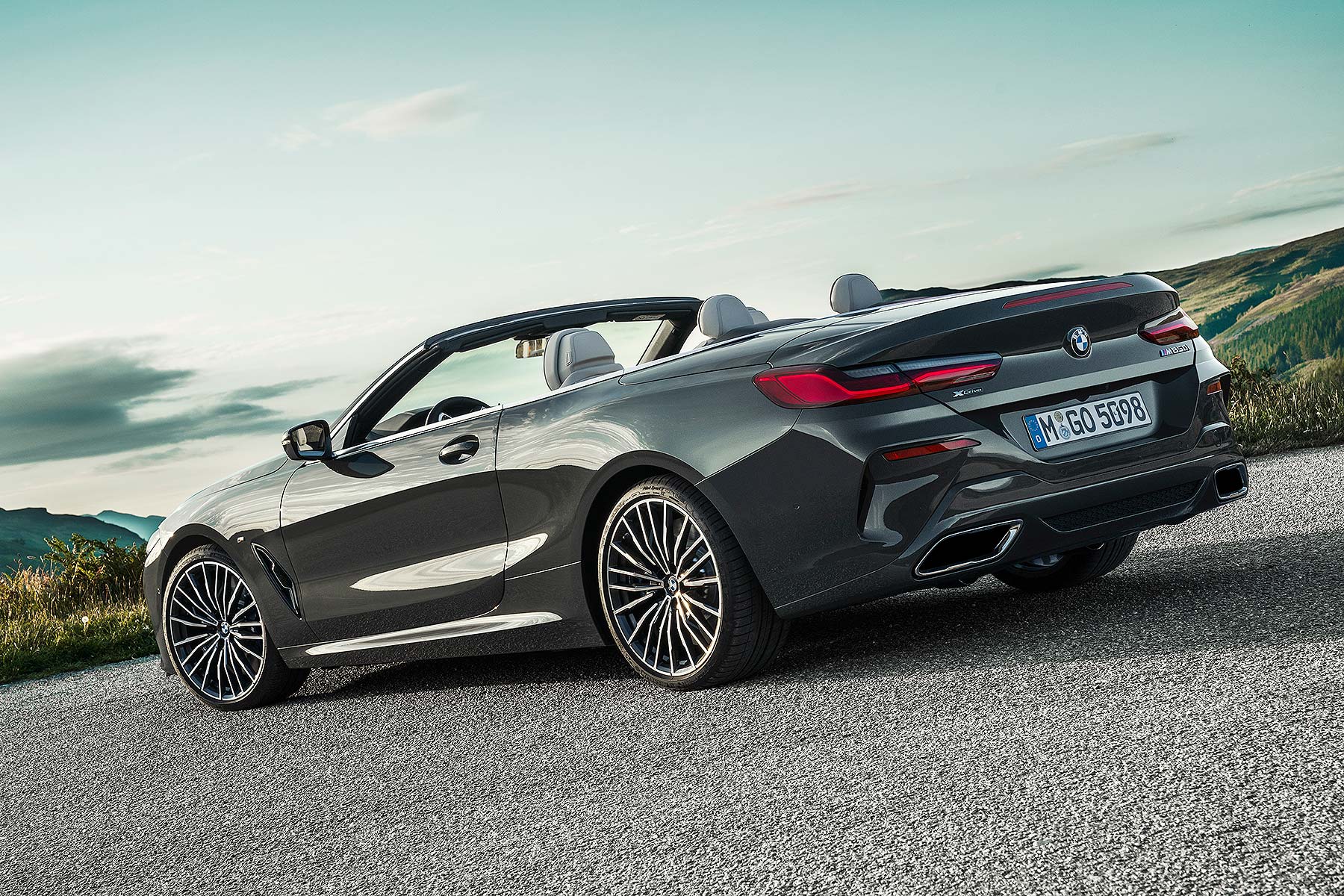 M Sport trim is standard, so the aero-aiding Air Breathes are finished in pearl-effect chrome, and the rear diffuser in Dark Shadow. Eight colours are offered, and an extended range of BMW Individual hues, including matt finish ones. The roof? Black as standard, Anthracite Silver as an option. Both models get 20-inch wheels as standard. 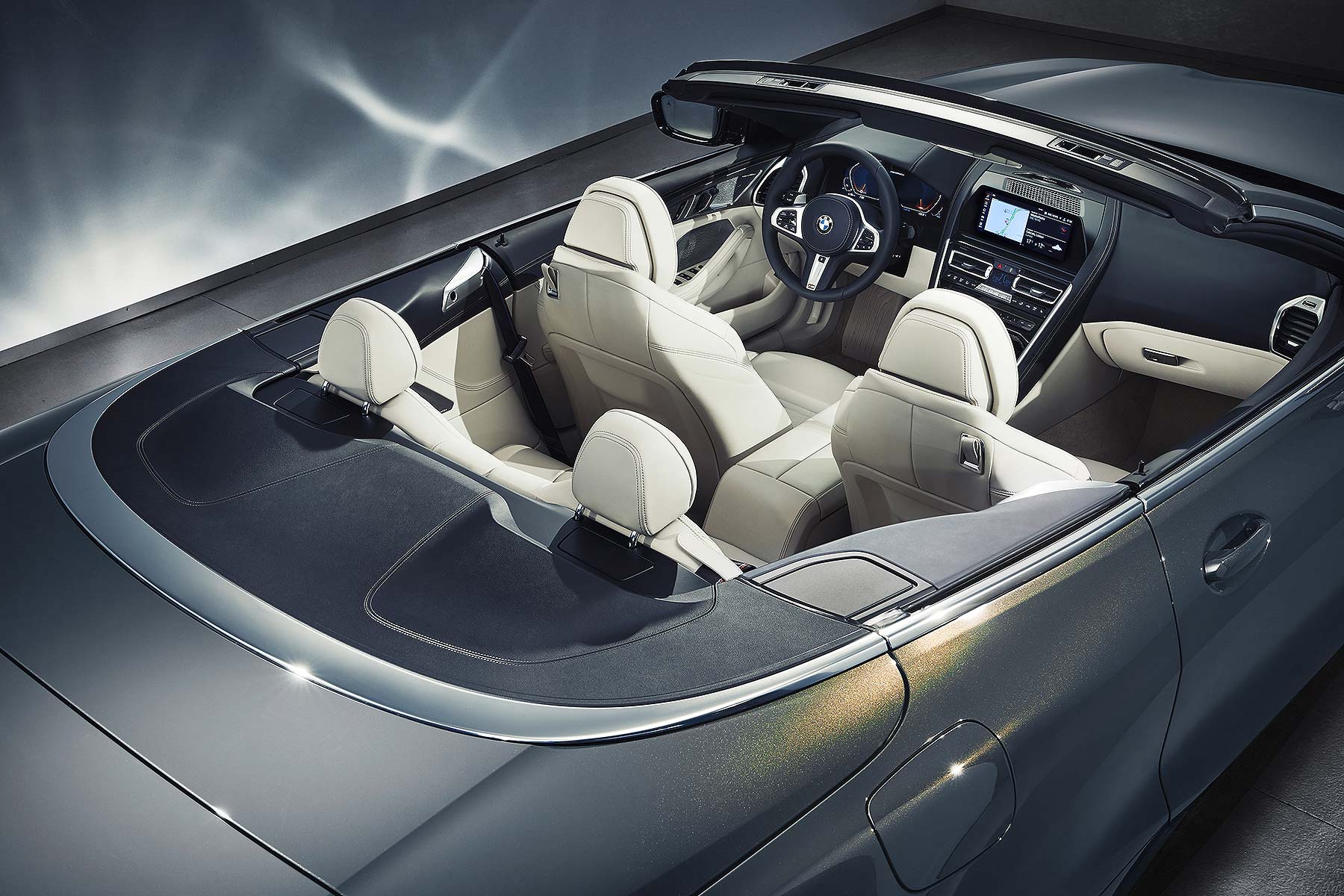 Inside, BMW says it’s a full four-seater, and the rear seats split 50:50 to open up the load bay. Roof up, it offers 350 litres’ space, although it does shrink with the roof down – but the through-load facility can still be used roof-down. If you’re travelling two-up, a standard wind deflector reduces turbulence; it folds up and can be stored in the boot. Neck warmers are standard too (but only for those in the front). 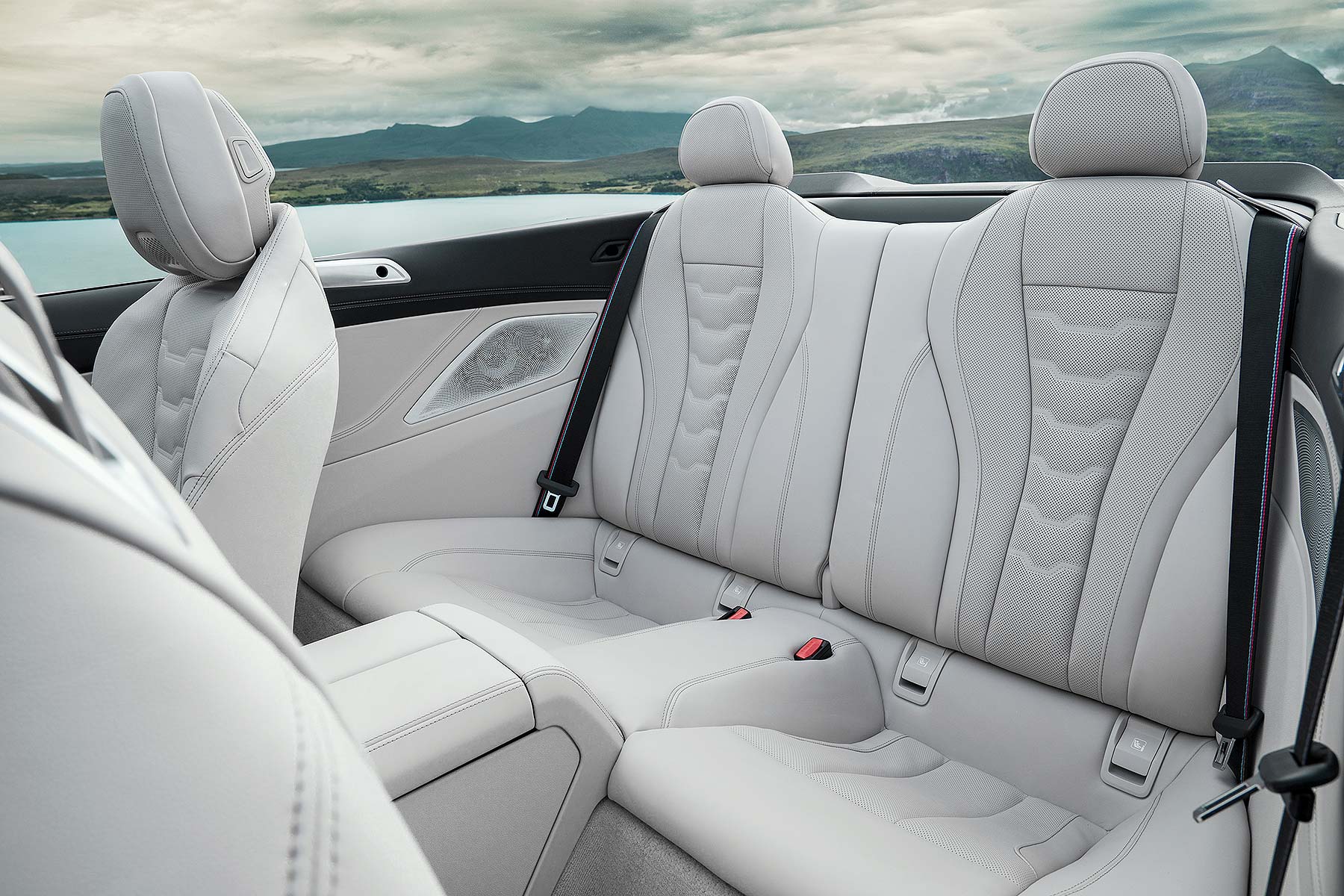 BMW has fitted Adaptative M suspension with electronic dampers as standard, along with BMW Integral Active Steering ‘rear-wheel steer’. For the ultimate in luxury four-seater open-top motoring, active anti-roll is offered on the BMW M850i xDrive Convertible, as part of the Adaptive M Professional suspension package.

It will sound good too. A Harman Kardon surround sound audio system with 12 speakers is standard, with a Bowers & Wilkins Diamond Surround Sound setup optional. Apple CarPlay is standard, but only for a year: you have to subscribe to it after that. When a car is this expensive, you’d think they’d include it for life, wouldn’t you?

But we shouldn’t grumble. At last, we’re getting a BMW 8 Series Convertible, after enthusiasts yearned for years at the thought of what could’ve been. From April 2019, for upwards of £83,270, we’ll be able to see exactly that.