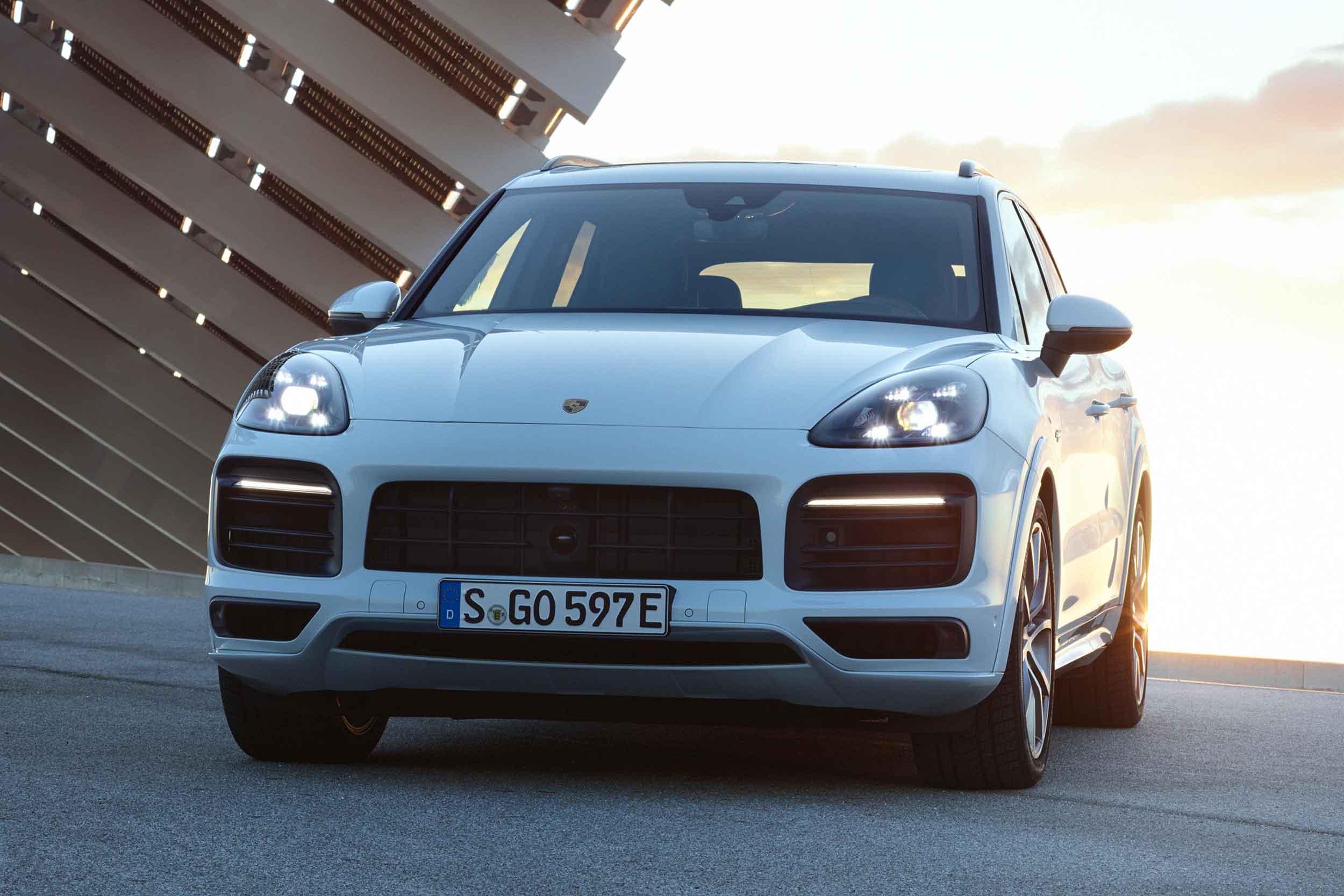 The Porsche Cayenne E-Hybrid is the firm’s latest second-generation plug-in hybrid, with even more economy and electric range to back up its greater performance and dynamism. The claimed EV-only range is now up to 27 miles – and if you’re less worried about zero-emissions distance, it can drive at speeds of up to 83mph fully electrically too.

Porsche claims the new Cayenne E-Hybrid has an electric boost strategy matching that of the 918 Spyder hypercar. Its 3.0-litre V6 petrol engine delivers 340hp and an additional electric motor puts out 136hp; combined, the total system power is 462hp. That’s good for 0-62mph in 5.0 seconds and a top speed of 157mph. 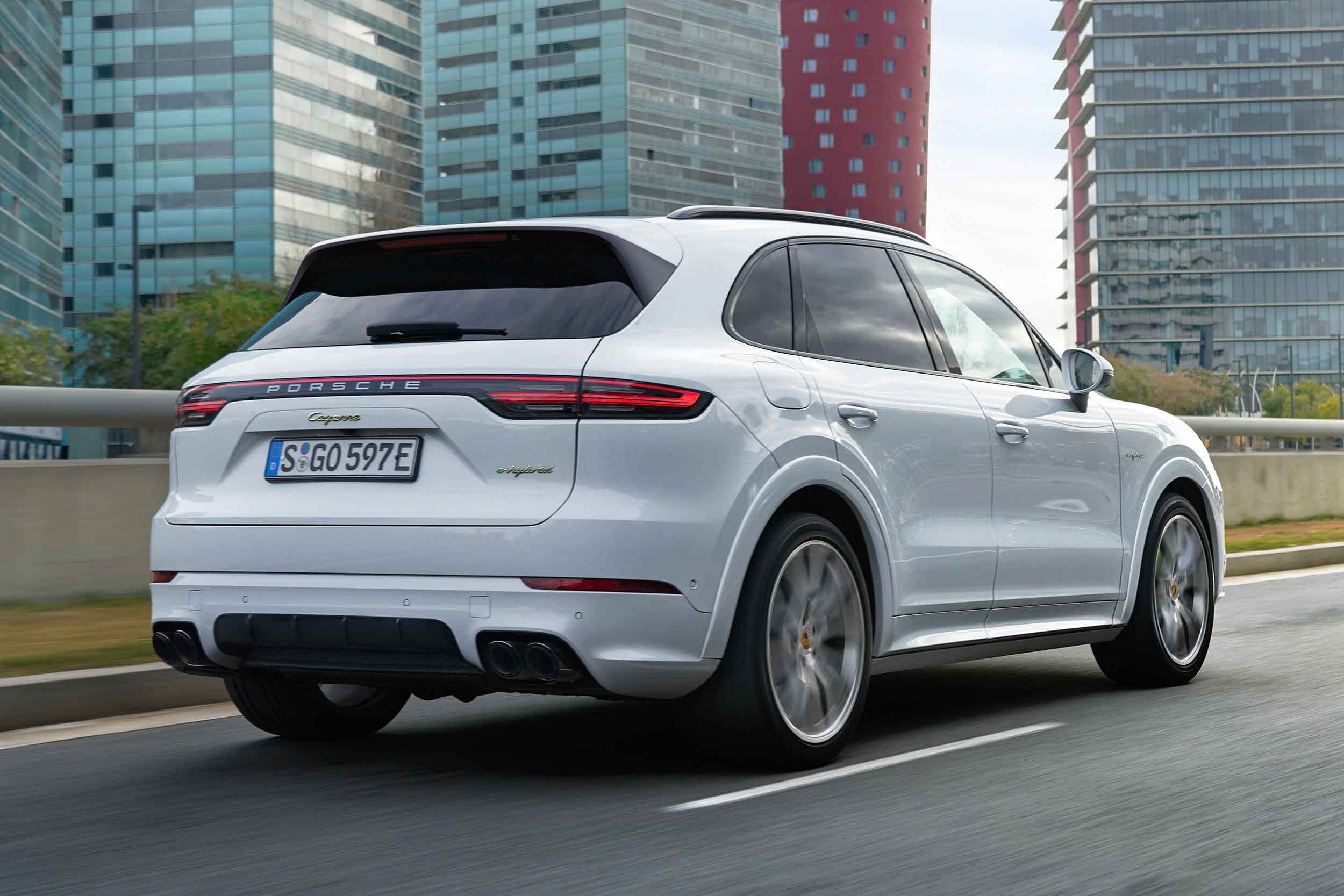 The 918 Spyder boost strategy is new. It means that the instant you press the accelerator pedal, you have access to the car’s full 516lb ft of pulling power. In Sport and Sport Plus mode, the Cayenne E-Hybrid will unleash virtually all of the battery’s energy – and it’s automatically recharged to give another boost as soon as you demand it.

Other modes place more of an emphasis on economy and efficiency…

Speaking of fuel economy, all are good, but exactly how good depends on wheels (and where you drive it). Choose big alloys, and the official NEDC average is 83.1mpg. Choose more sensible rims and the official figure rises to 88.3mpg.

And if you live in town and mainly do short journeys in between charging points, you could see over 100mpg, thanks to the ability to drive so far on electric power.

Battery capacity is up 30 percent, to 14.1 kWh, and it’s still stored beneath the boot floor. Charging takes just under eight hours on a domestic supply, and just over two hours with the optional 7.2 kW fast charger are used. 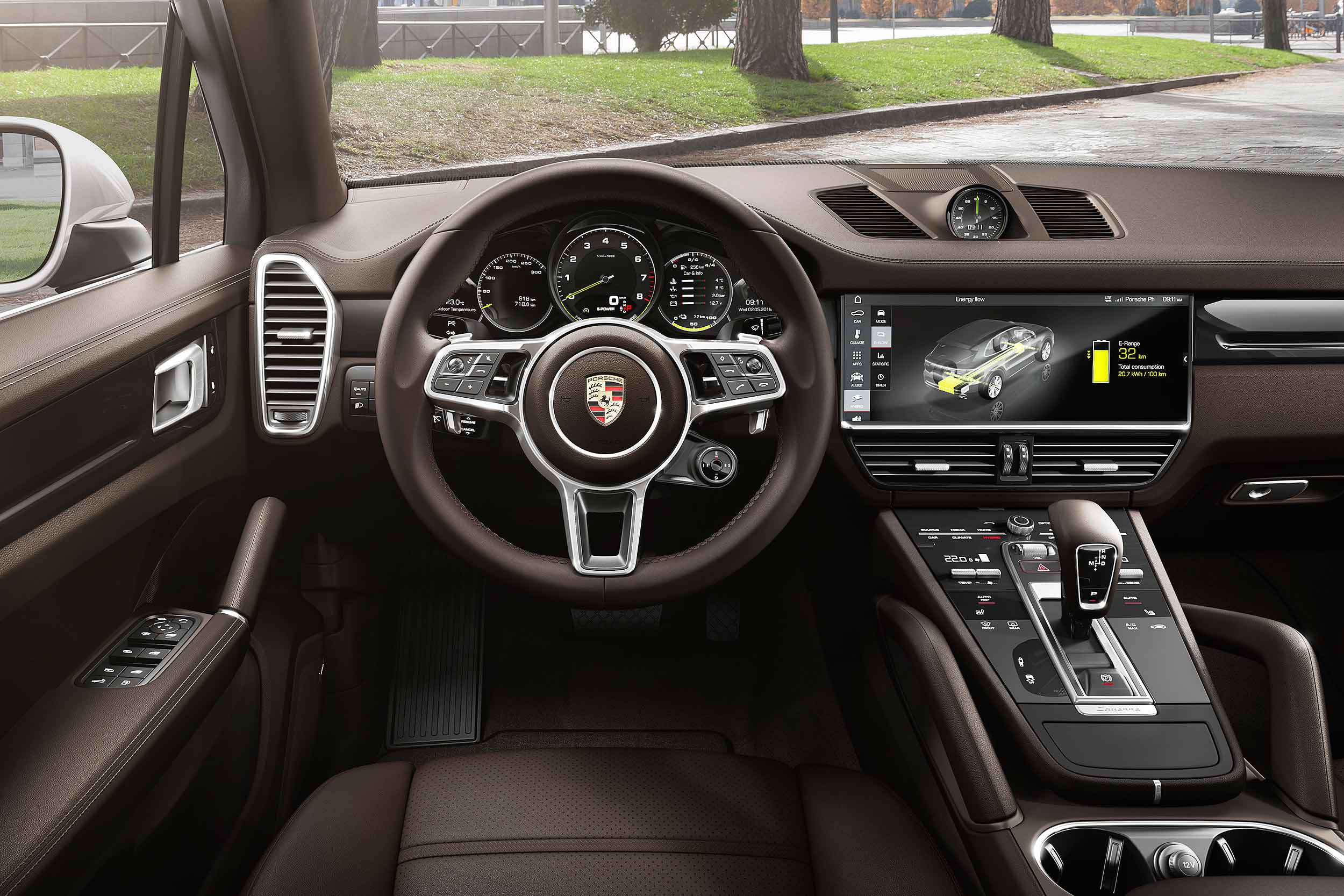 The rest of the Cayenne E-Hybrid is largely the same as other new versions of Porsche’s large luxury SUV. One figure that did stand out to us was the fact it’s still capable of towing a full 3.5-tonne load, although while Porsche has introduced a 22-inch alloy wheel option in Europe, it’s not yet decided when these are coming to the UK.

Ordering for the new Cayenne E-Hybrid is now open, with prices from £67,128, and first delivers will begin in late May.