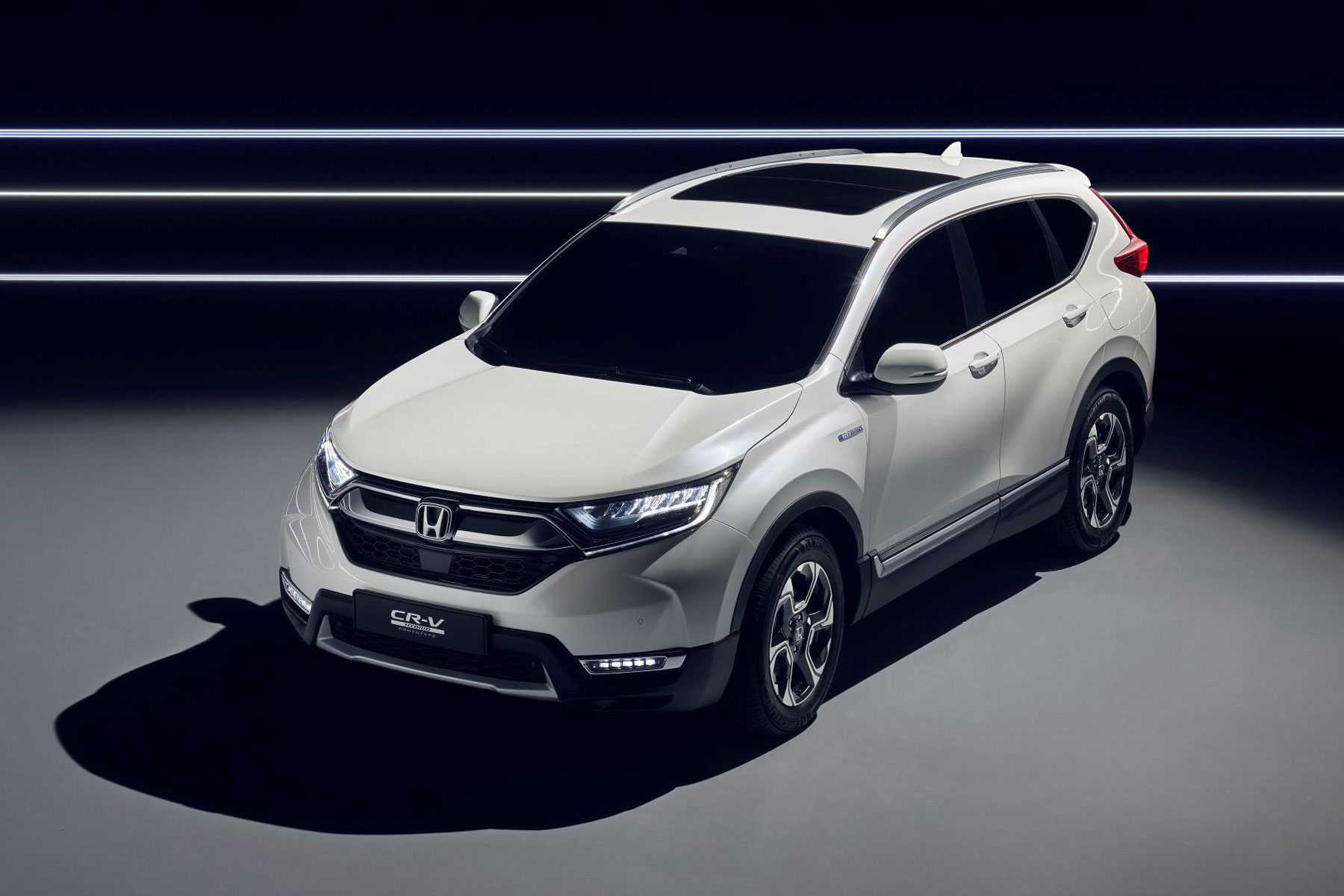 The new Honda CR-V offers a fresh face and a fresh outlook for the popular SUV, with the introduction of a new hybrid powertrain and a P45 for the diesel engine.

Set to be unveiled at the Frankfurt Motor Show in ‘Hybrid Prototype’ guise, the new CR-V hybrid is powered by a conventional 2.0-litre i-VTEC petrol engine paired with two electric motors. It is the first time Honda has offered a hybrid SUV in Europe, with first deliveries expected in mid-2018.

A CVT transmission sends power to the front wheels, with the CR-V offering three driving modes: EV, Hybrid and Engine. The system selects the best mode required to optimise efficiency, although Honda hasn’t released any performance or economy figures yet.

The 1.6-litre diesel engine available in the current CR-V will be removed from the 2018 model, with Honda offering a 1.5-litre turbocharged petrol  as the sole non-hybrid option.

The revised styling brings the CR-V in line with Honda’s current range, with a look that’s not too dissimilar to the smaller HR-V and new Civic. It is wider, taller and longer than the outgoing model, although precise dimensions are unknown.

By axing the diesel version, the Honda CR-V has come full circle, as the first-generation model of the late 90s was only availablewith a 2.0-litre petrol engine. The current fifth-generation CR-V was unveiled at the 2016 Detroit Motor Show and is already on sale in some global markets.

Honda will release more details about the new European CR-V, including UK prices and specifications, when the production version is unveiled early next year. In the meantime, we will be at the Frankfurt Motor Show to check out the latest version of the world’s best-selling SUV.