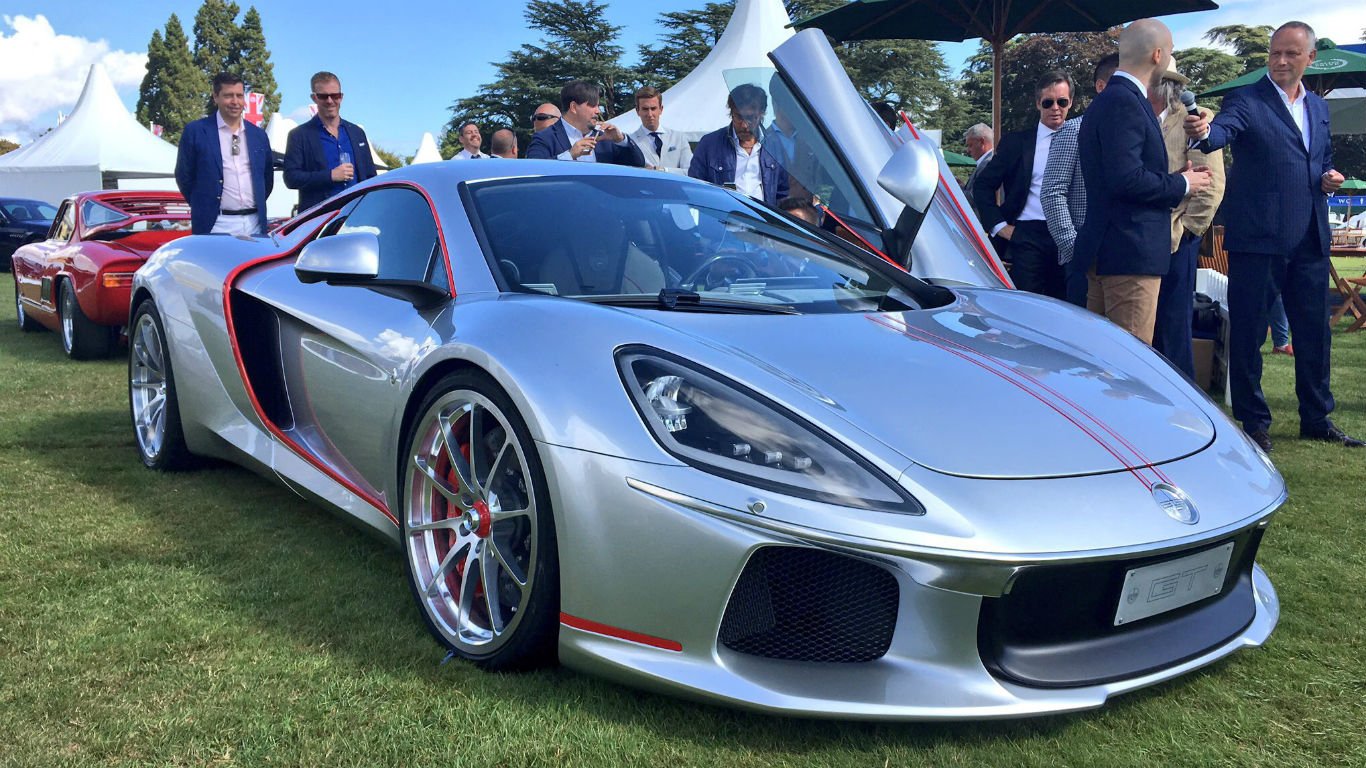 Fed-up with Ferraris? Bored of Bugattis? Fear not, the ATS GT is here. This hand-built and highly exclusive Italian supercar was revealed for the first time at Salon Privé, Blenheim Palace. Just 12 will be made, priced in excess of £1million.

Here’s everything you need to know. Scroll down for our picture gallery and exclusive video, too.

A feud with Ferrari 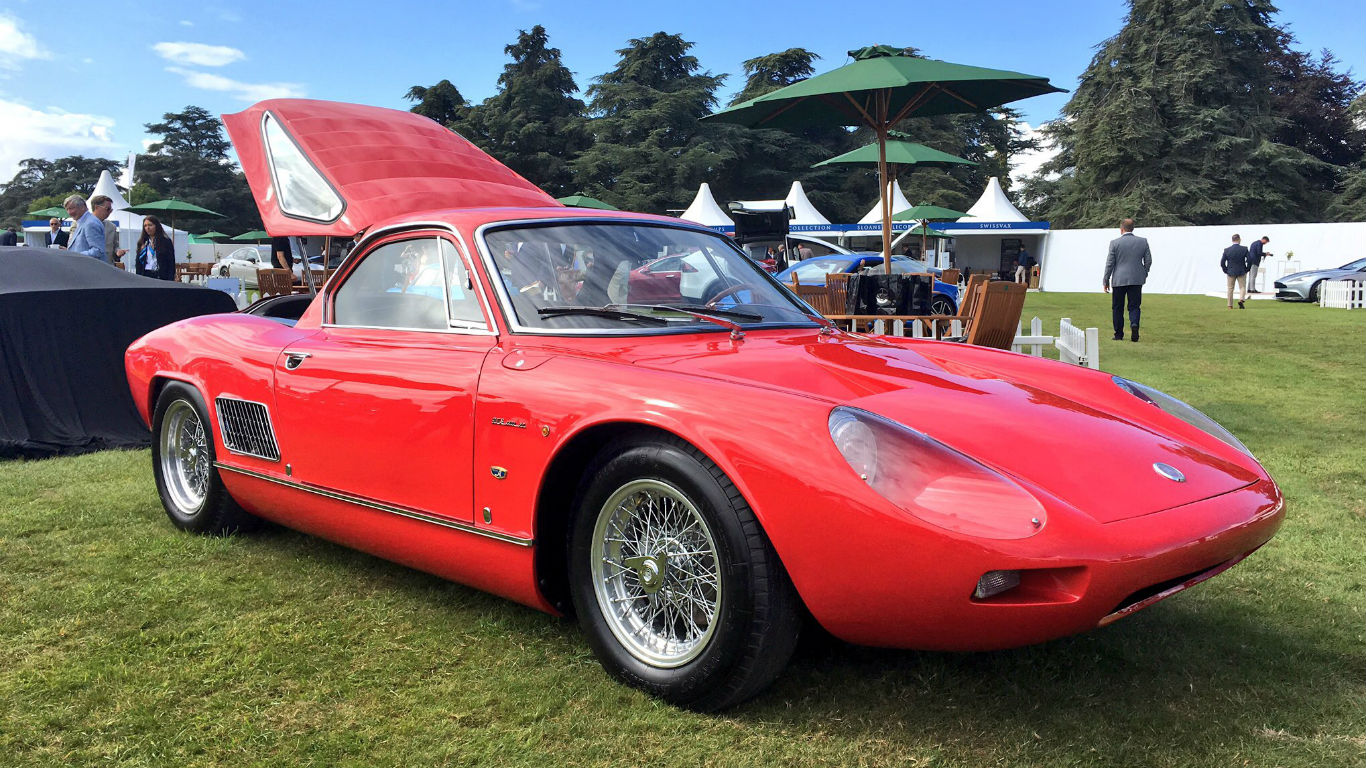 Even serious supercar spotters probably haven’t heard of ATS. However, Automobili Turismo e Sport has a history dating back more than 50 years.

Like Lamborghini, ATS was born out of a feud with Ferrari. Giotto Bizarrini and Carlo Chiti quit the Scuderia Ferrari racing team in 1961 after falling out with Enzo himself. They formed a new company with the aiming of beating the Cavallino Rampante, both on-track and on the road. And, just two years later, they presented the 2500 GT coupe seen here – plus a Tipo 100 racer.

Sadly, both cars were doomed to failure, but 12 examples of the beautiful, mid-engined 2500 GT were made before ATS was declared bankrupt and, in an ironic twist of fate, Bizarrini went to work at Lamborghini.

So, the ATS brand has pedigree: important in rarified world of low-volume supercars. And the fact that one of the few remaining road cars, a 2500 GTS, took victory at The Quail concours last week seems a good omen for the resurrected company.

Back with a bang 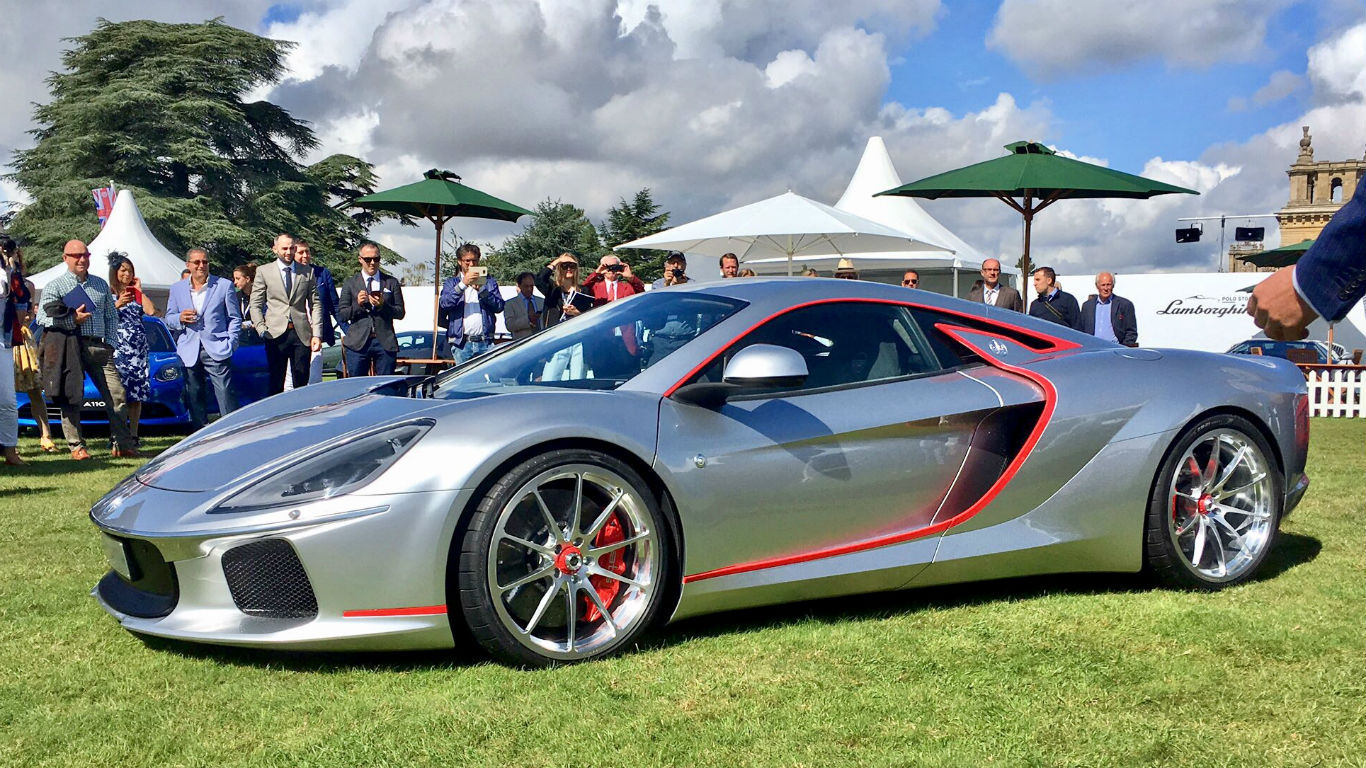 This time around, ATS has no plans to square up to the Scuderia on the racetrack. However, the mid-engined GT should be a credible rival for Ferrari, Lamborghini et al. on the road.

Power comes from a 700hp 3.8-litre twin-turbo V8, which drives the rear wheels via a seven-speed dual-clutch gearbox.

ATS also plans to offer an 810hp version of the GT shortly after launch, along with a track-oriented ‘R’ version once the initial 12 cars have been sold. 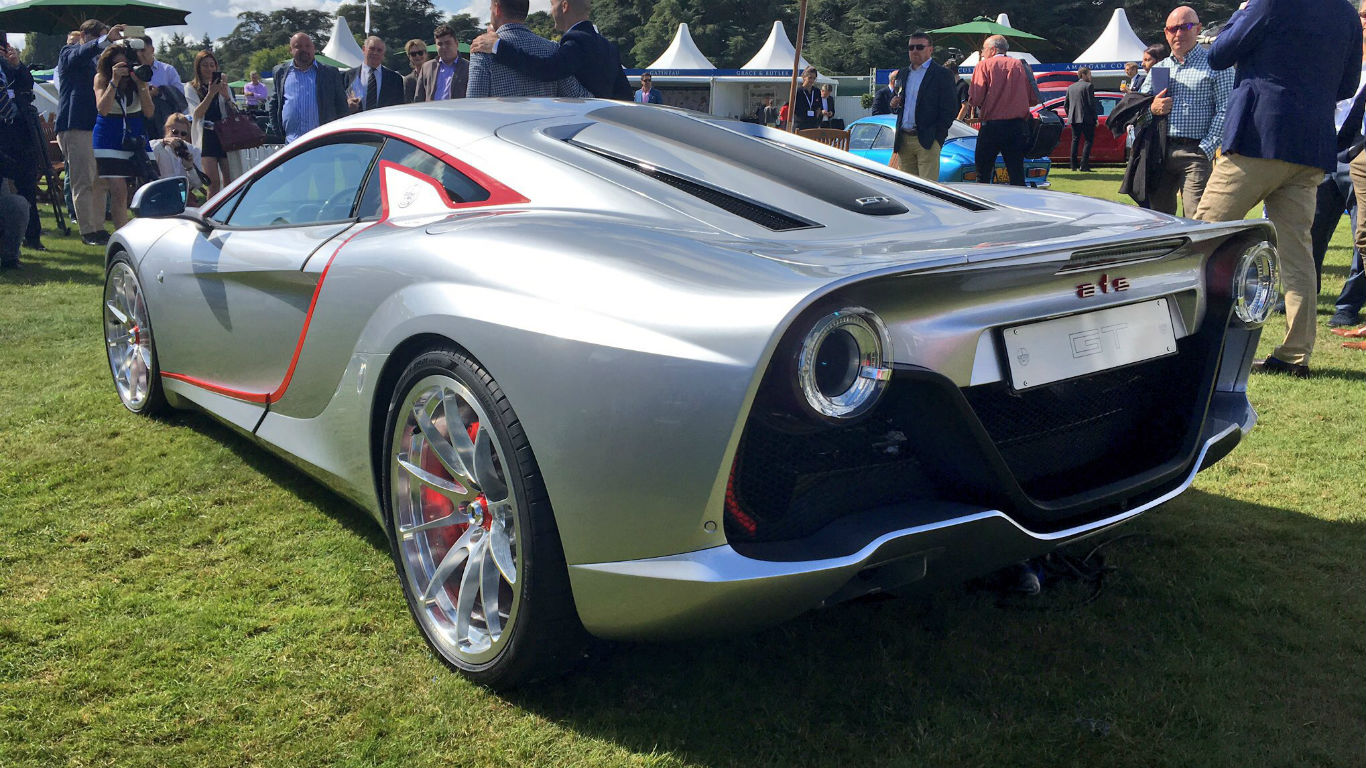 Hand-built from lightweight composites, including carbon fibre, the GT is a curvaceous, cab-forward design with elements of McLaren 12C, Spyker C8 and Ford GT.

The most distinctive feature – and the one designer Emanuele Bomboi is proudest of – are the angular side ‘fins’. These conceal a touchpads for the dihedral doors, which open outwards and upwards: McLaren-style.

The pop-up rear wing doubles as an airbrake, while the wheels are 20in at the front and 21in at the back, and weigh just 11kg each. There’s no rear window – not even to view the engine, sadly.

Bomboi describes the GT as a “haute couture car”, explaining that every element of the design can be customised to an individual customer’s taste (or lack of). You want naked carbon for the bodywork? It can be done. Gold seats? You’re welcome. “The only limit is your budget.” 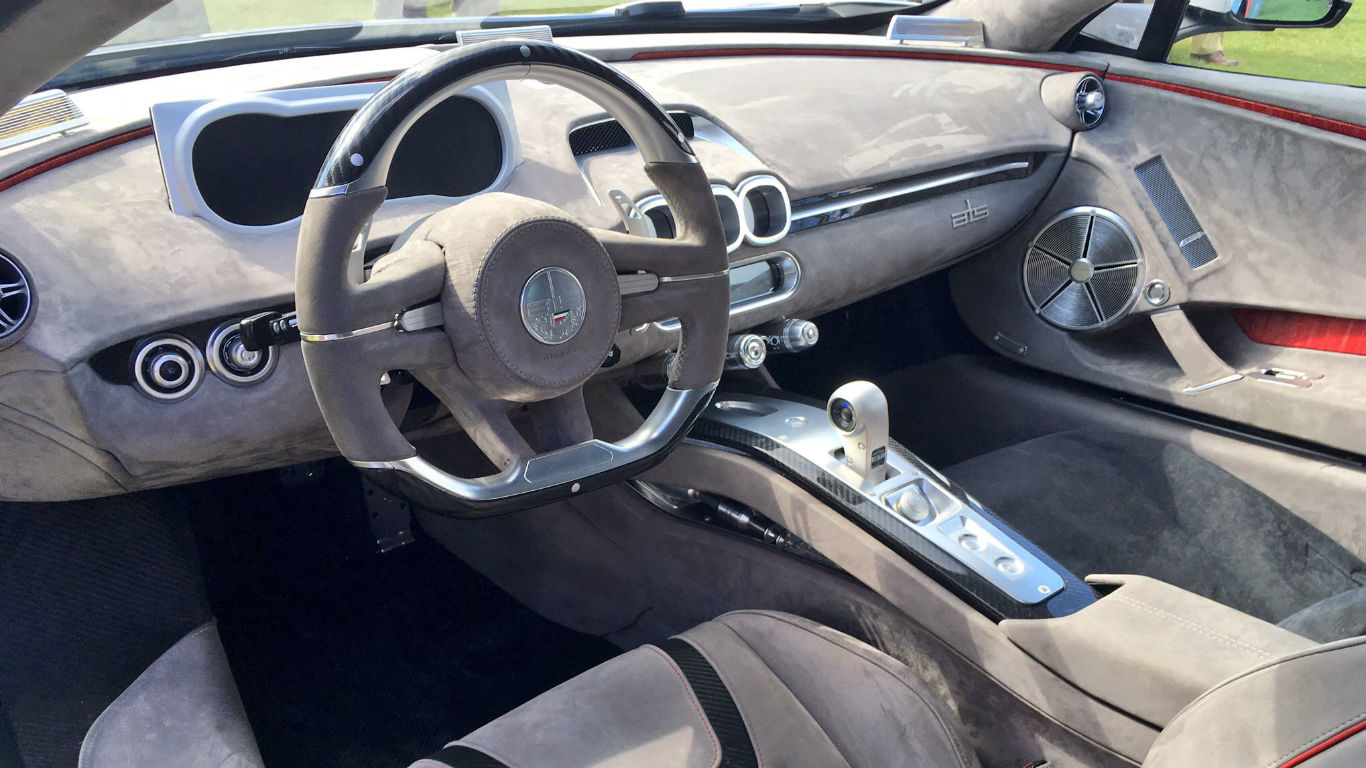 The digital instruments change according to which driving mode you select. There’s a choice of Comfort, Sport or Corsa, the latter minimising distractions with a simple “F1-style” display.

The gearlever, meanwhile, is a work of art, with an exposed linkage à la Lotus and a patented shift knob with buttons on the side to select forward, reverse, neutral and launch control. You can even adjust the resistance of the gear linkage to suit the size of your biceps.

Alternatively, you can simply swap cogs using the paddles behind the steering wheel.

A bespoke Prima Orchestra hi-fi system uses super-thin speakers and is claimed by Bomboi to offer “the highest fidelity of any car on sale”. There’s also a wireless charging mat for your mobile phone. 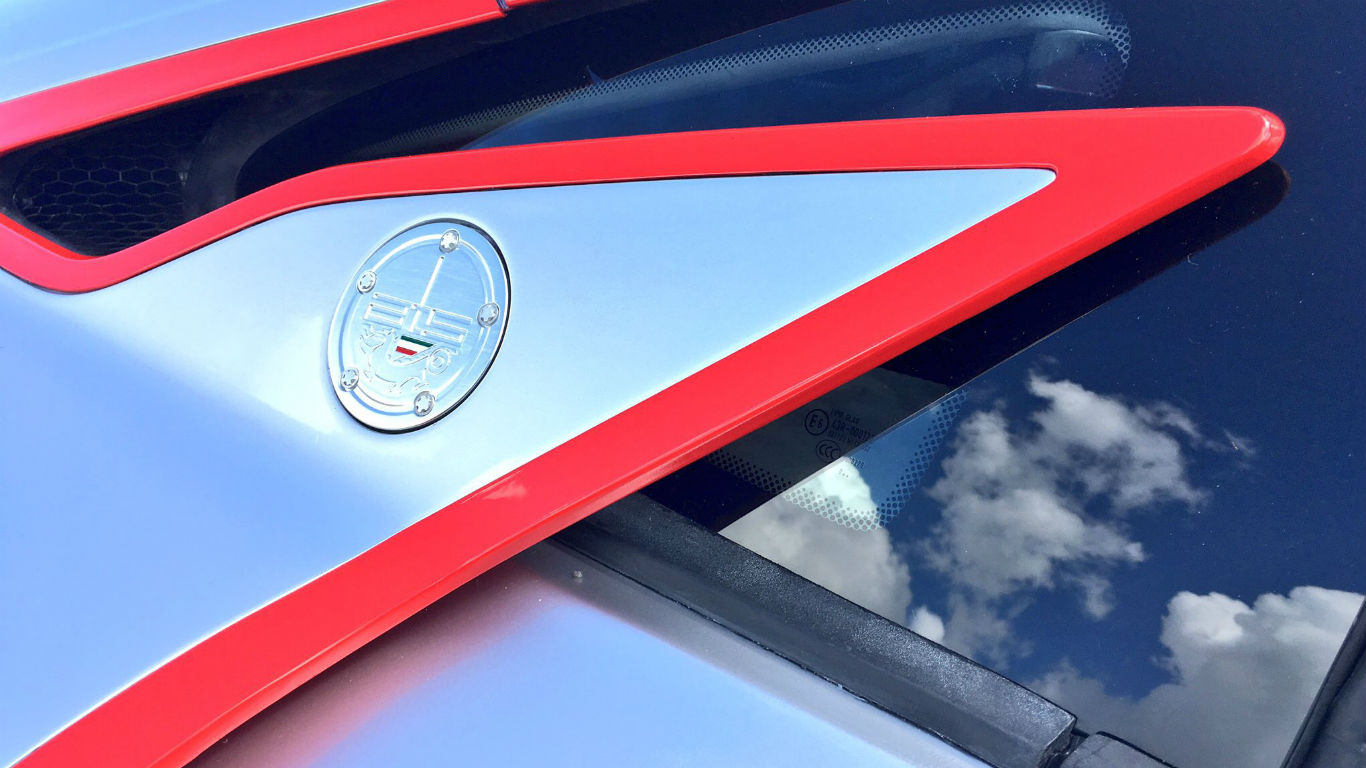 Will it be second-time lucky for ATS in its quest to outdo Italian supercar royalty? Don’t write them off yet…