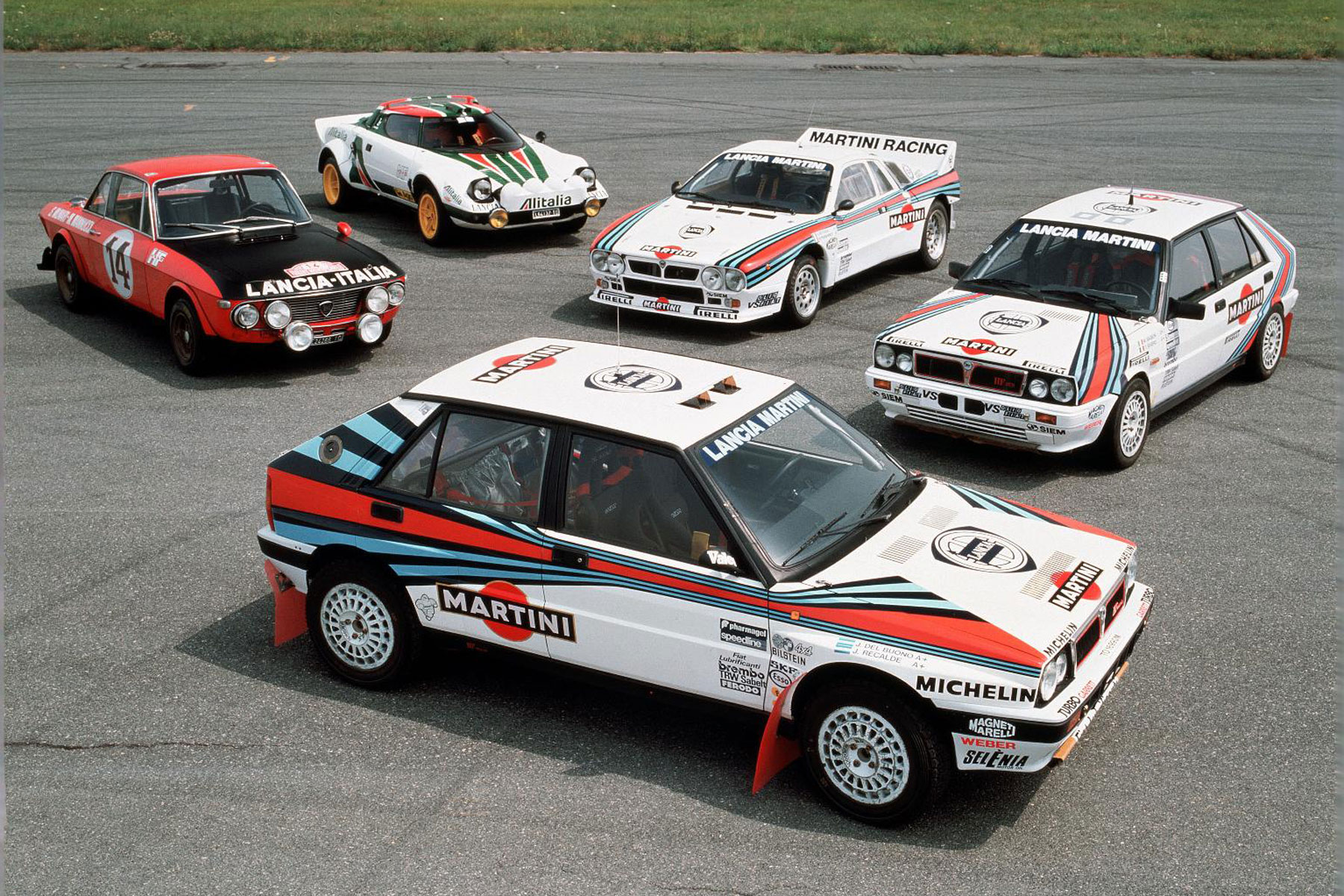 Many of us grew up wanting to be rally drivers, and, thanks to homologation rules, our parents were given the opportunity to drive the cars of our dreams. Anyone could pretend to be Walter Röhrl, Juha Kankkunen or Timo Salonen on the way to the office. Some could even pretend to be The Stig (Blomqvist).

The fact is, the world of rallying has delivered some epic road cars, as we’re about to demonstrate with these 10 homologation heroes. Limiting ourselves to just 10 was a bit of a challenge…

When two design houses declare the war, the results are guaranteed to be spectacular. So, in the late 60s and early 70s, when Pininfarina sized up to Bertone, the world was treated to a show of flamboyance and exuberance that delivered some of the most radical concepts of all time. The Alfa Romeo Carabo, the Ferrari Modulo and the Ferrari 512S Berlinetta, to name but three. But the one the matters is the Lancia Stratos HF Zero.

This was Bertone going full peacock on Pininfarina. The Stratos HF Zero was impossibly low, wonderfully wedge-like and every inch the Turin showstopper it was designed to be. But this was no static display – the HF Zero was a fully-functioning prototype with the innards of the Fulvia HF. For Lancia rally chief Cesare Fioro, it was a chance to reboot his team’s flagging fortunes. For his father, Sandro, Lancia’s PR director, it was an opportunity to put Lancia back on the map. 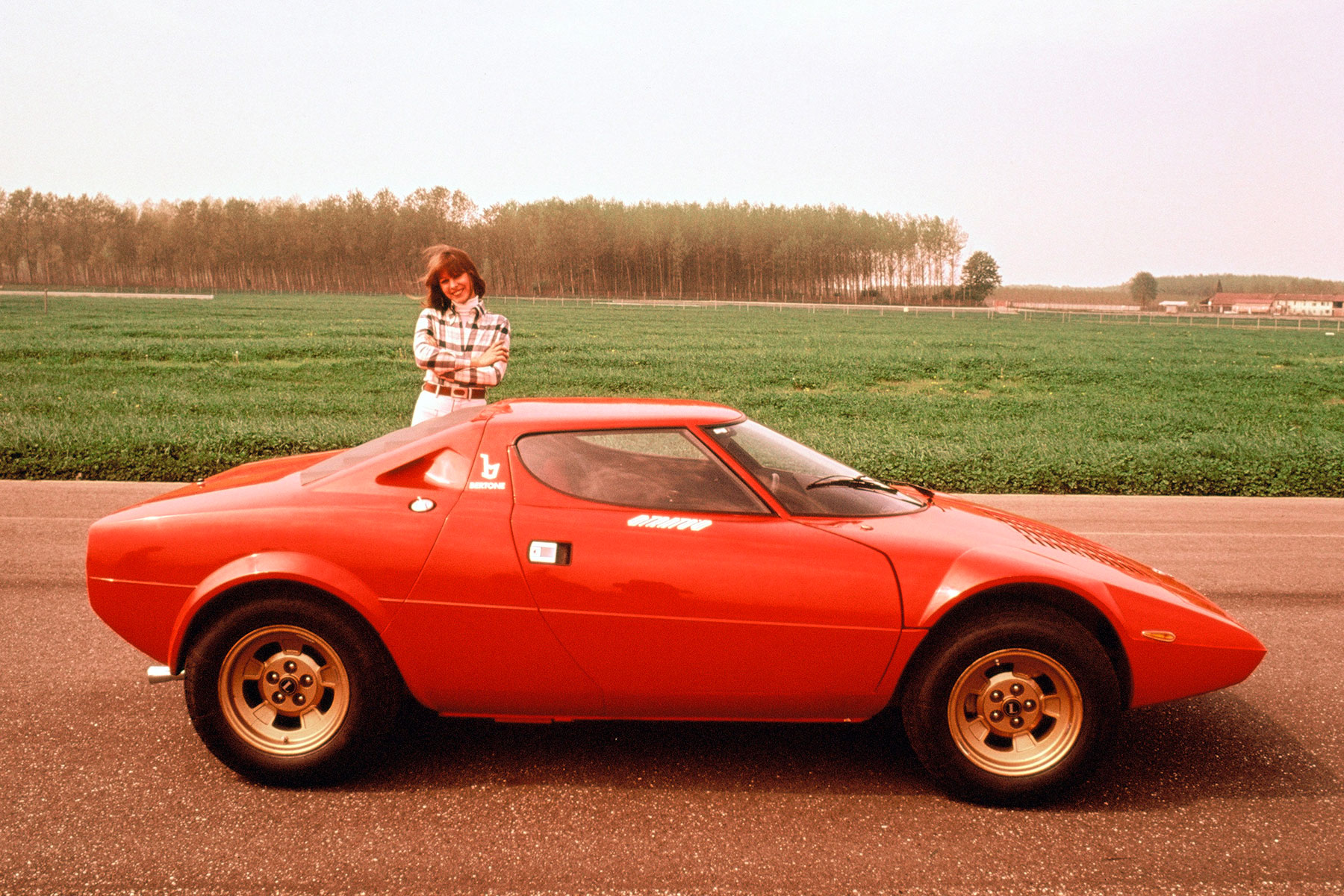 The Lancia Fulvia Rallye HF had been a successful rally car, but its days were numbered. Lancia was in desperate need of a new machine to fend off the likes of the Porsche 911 and Alpine A110. Cutting a long story short, and with Marcello Gandini honing the concept to absolute perfection, the prototype of the Lancia Stratos HF was unveiled at the 1971 Turin Motor Show.

It was a phenomenally successful rally car, winning the WRC in 1974, 1975 and 1976. Production of the roadgoing Stradale began in 1973, with the car homologated in 1974. Commercially, it was no moneyspinner for Lancia, but as a rally car, it is up there with the greatest. The Stratos is, if you like, how we like to remember Lancia. 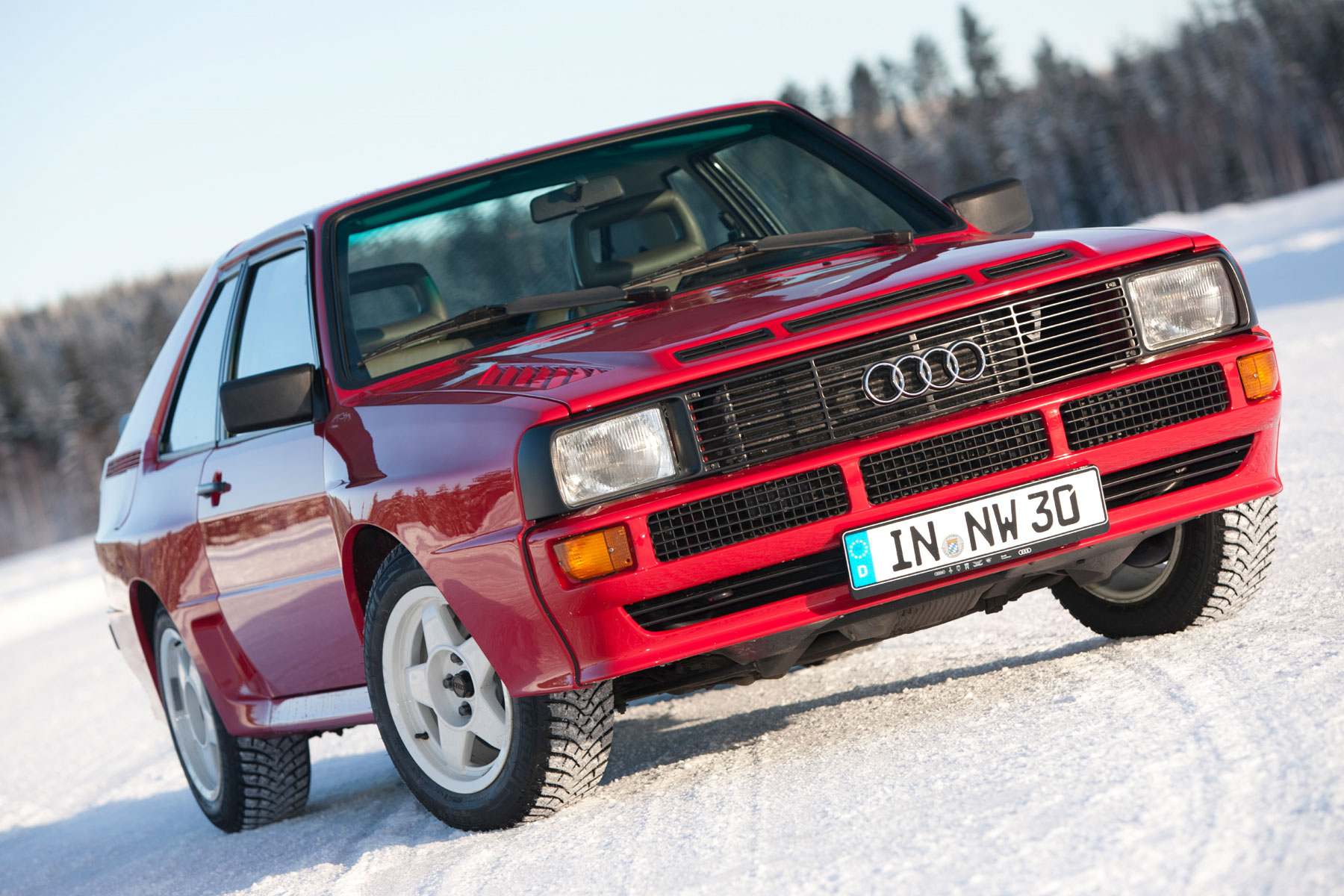 Audi may have changed the face of rallying with the Ur-Quattro, but by the mid-80s, it faced a new challenge in the form of lighter and more nimble rally cars. Its arch-nemesis – the Peugeot 205 T16, first driven by Timo Salonen, and then by Juha Kankkunen. The solution was rather cutting: Audi took a knife to the Quattro to create the Sport Quattro.

By chopping 320mm from the wheelbase, Audi created a rather comical looking Quattro, but one that could keep up with the young upstart from France. The Sport Quattro was quicker and more adept at handling the rally circuits of the world.

Even by today’s standards, the performance figures are impressive. The howling 2.1-litre five-cylinder 20-valve turbocharged engine developed 306bhp, which, even in a car weighing just shy of 1,300kg, delivered a 0-60mph time of 5.1 seconds and a top speed of 156mph. Not even a Lamborghini Countach could keep up with a Sport Quattro. 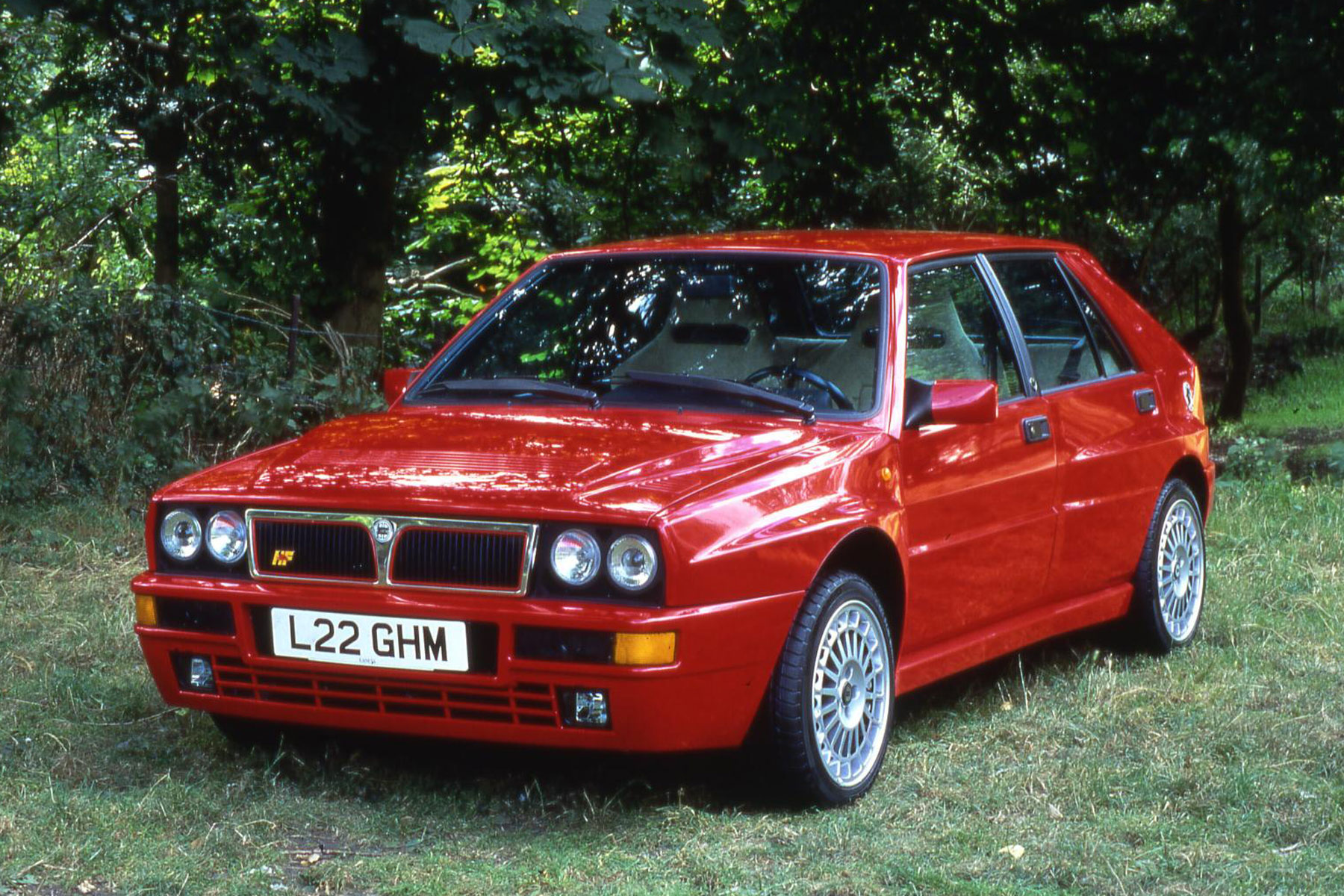 To some, the Lancia Delta is the greatest car of the 1980s. The archetypal rally hero. The box-arched hot hatch champion for an entire generation. In fact, the Delta was so successful, it’s easy to forget that it started life as a pretty but unassuming Giugiaro-designed family hatchback. It doesn’t help matters when the majority of standard Deltas have rusted to oblivion.

But the Delta Integrale, first in 8-valve form in 1988, then in 16-valve guise in 1989, then Evoluzione in 1991 and Evo 2 in 1993, was the one that mattered. Six successive WRC Constructors’ titles delivered the kind of showroom shine no amount of Autoglym will ever provide. It should have catapulted Lancia to continued greatness, but as history will recall, the brand was left to die a slow and painful death.

In 1992, a Lancia Delta Integrale Evolution would have set you back just £23,145 – a bargain price for a rally-bred hero with box arches, a 2.0-litre 16-valve Garrett turbocharged motor, intercooler, delightful Momo leather steering wheel and four-wheel drive. For context, a Porsche Carrera 4 cost £57,561.

Today, the Delta Integrale’s stock couldn’t be higher, so much so that Amos Automobili is creating a three-door ‘restomod’ of the original and asking €300,000 for the privilege. We’d stick with the classic and authentic five-door, thank you. 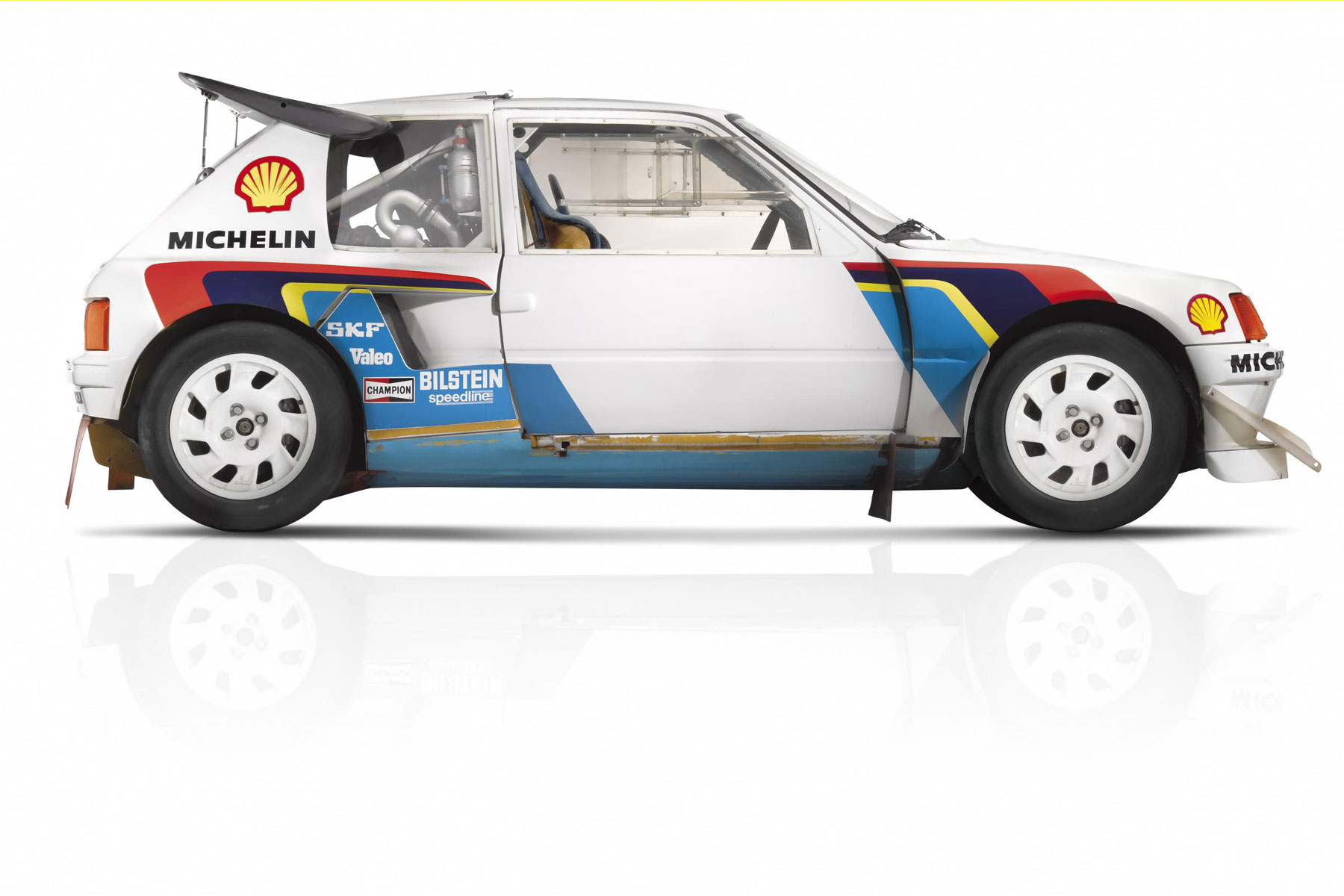 You can thank Audi for the birth of the Peugeot 205 Turbo 16 (or T16). Peugeot-Talbot was planning a mid-engined/rear-wheel-drive version of the Chrysler Horizon, but the Audi Quattro showed that four-wheel-drive was the future of rallying.

With Jean Todt heading up the newly-formed Peugeot Talbot Sport team, the Peugeot board threw its formidable might behind the project, effectively giving the Frenchman a blank cheque. Todt, not known for being a man to make idle claims, promised to deliver a championship-winning car by 1985.

The requirement to build 200 road cars for homologation purposes was considered from the outset, and Peugeot’s marketing department knew what an all-conquering rally car could do for sales of its more mundane models. The standard 205 was still two years away from reaching Peugeot showrooms.

It meant that the 205 T16 had to look like the regular 205, albeit with a longer wheelbase, wild haunches and a 1775cc turbocharged engine mounted in the rear. The 205 T16 was homologated in 1984, and by August it had secured its first big rally win. Success on the San Remo and Lombard RAC rallies followed before Peugeot secured the WRC title in 1985 and again in 1986. 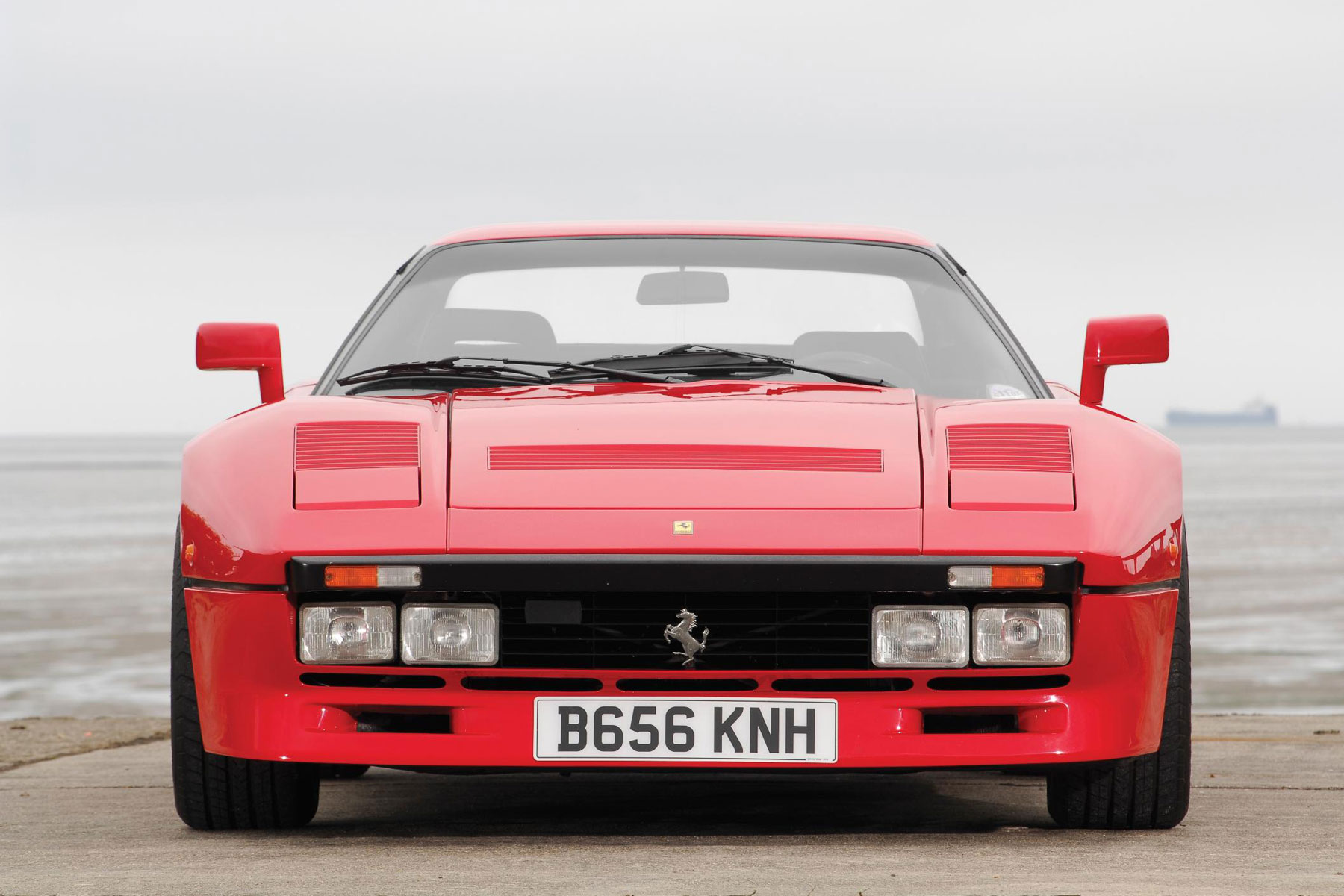 The Ferrari GTO – commonly known as the 288 GTO – was built for Group B purposes, but when the FIA pulled the plug on rallying’s most bonkers years, the car was left without a race series. A rebel without a cause, if you like. Not that this dampened enthusiasm for the 400hp, twin-turbocharged V8 supercar.

Just 200 were required for homologation purposes – hence the ‘O’ for Omologata – but the demand was so high, Ferrari built 272 examples. In fact, some customers were prepared to sell their contracts before they had received the car.

This was Ferrari’s first mid-engined V8 production car with a longitudinal engine, but the GTO was as notable for its aesthetics as it was for its powertrain. It had quad driving lights, a deep front spoiler, a plethora of cooling slots and a visible transmission casing at the rear.

The GTO could hit a top speed of 190mph, completing the 0-62mph sprint in just 4.9 seconds. All cars were left-hand drive, and each one was sold long before production ended in 1985. 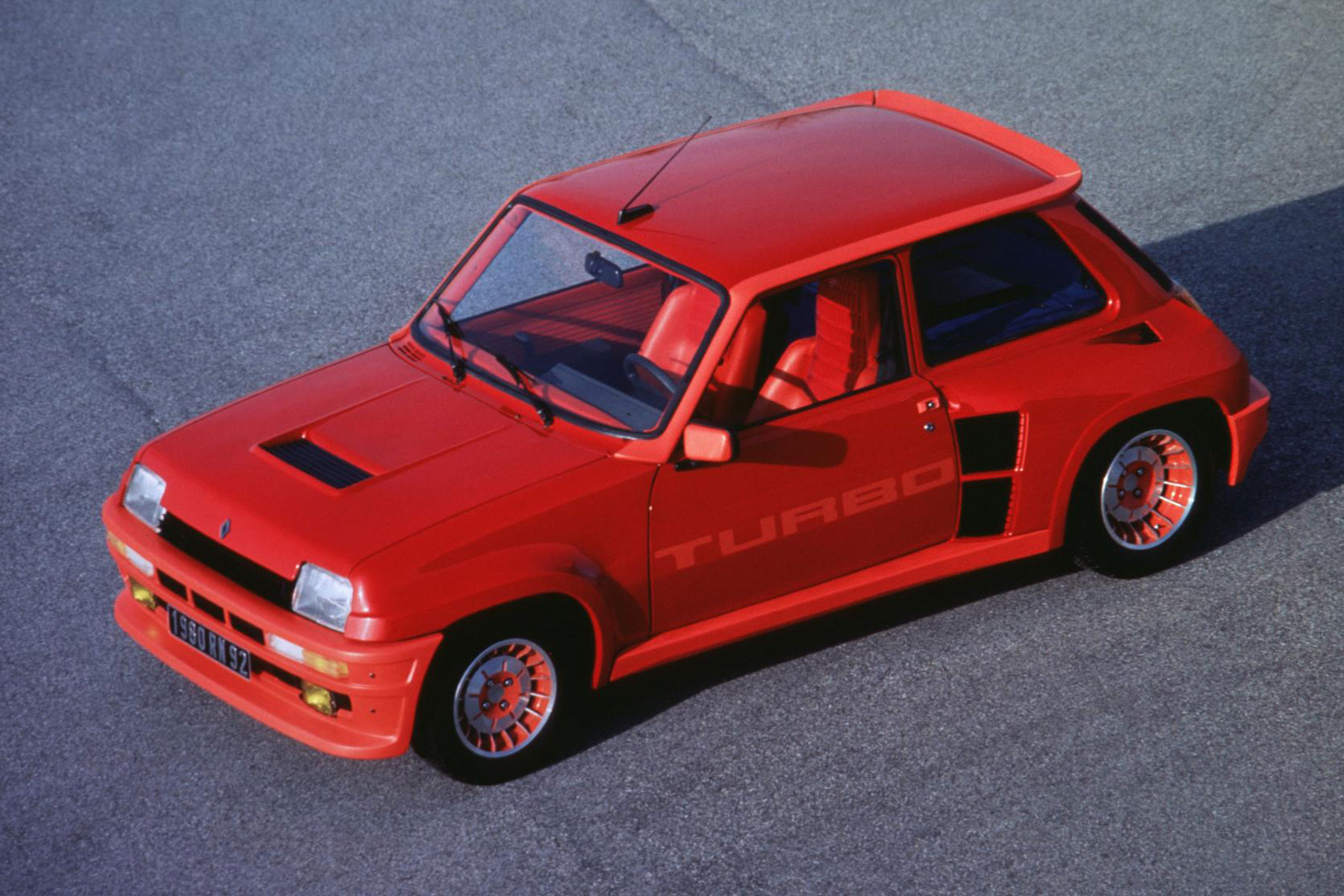 The Renault 5 Turbo – so bonkers, it must have stemmed from the madness of Group B. And yet, the 5 Turbo was conceived in 1976, before making its motor show debut in Paris in 1978, long before the Group B years. Unlike the Stratos and GTO, the 5 Turbo was no purpose-built weapon – it had to retain the look of the standard Renault 5.

And it did – up to a point. It’s unquestionably a Renault 5, but having a turbocharged engine in place of the rear seats does stretch the family resemblance to the limit. Demand was high, so Renault had little trouble shifting the 400 units required for homologation purposes, but the 5 Turbo – later known as the Turbo 1 – was an expensive and complicated build.

With so many bespoke parts, it wasn’t commercially viable to put the Turbo 1 into volume production, even on a small scale. The result was the 5 Turbo 2, which shared many parts with the Renault 5 Gordini Turbo, making it cheaper to build and less expensive to buy. 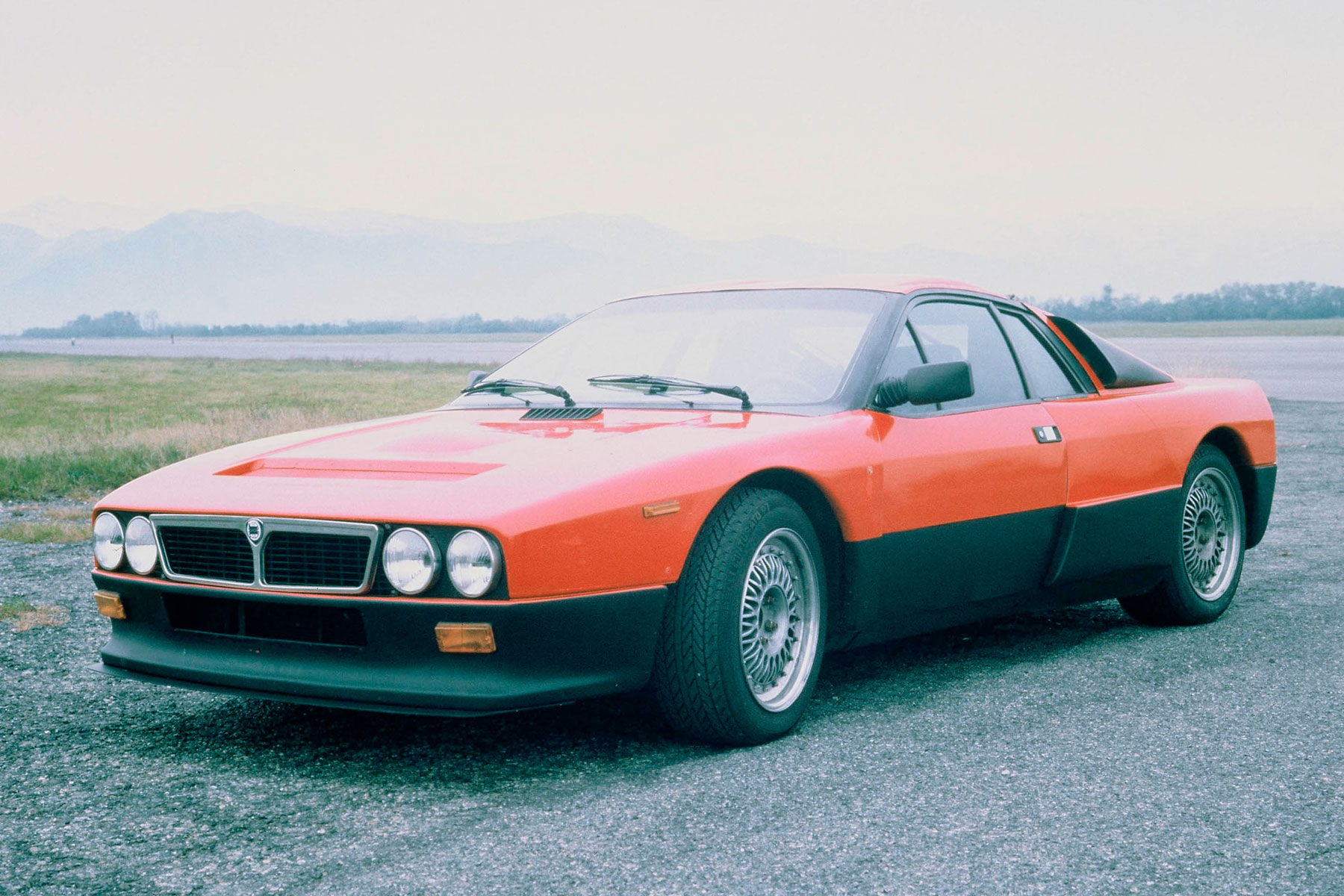 So often overlooked and overshadowed by the Stratos and Delta Integrale, the Lancia 037 was a real star of road and track. Powered by a 2.0-litre four-cylinder Lampredi engine, the 037 featured an Abarth supercharger to deliver 265hp, although some cars developed as much as 325hp.

In a ‘questions and answers’ feature in Motorsport magazine, Walter Röhrl named it as his favourite rally car, saying: “From the pure driving view it was the Lancia 037. It was a car made for my style of driving – I don’t like to steer. I believe the only secret in driving is to steer as little as possible.”

Like the Stratos before it, the 037 was conceived for the purposes of racing, featuring a Kevlar body reinforced with fibreglass panels, a steel subframe visible when the large even cover was lifted, along with a ‘double bubble’ roofline designed with helmets in mind.

It won the Constructors’ title in 1983, with Walter Röhrl and Markku Alén famously completing a one-two on the opening Monte Carlo rally, much to the dismay of Audi. Hannu Mikkola might have won the Drivers’ championship, but Lancia beat Audi by two points. 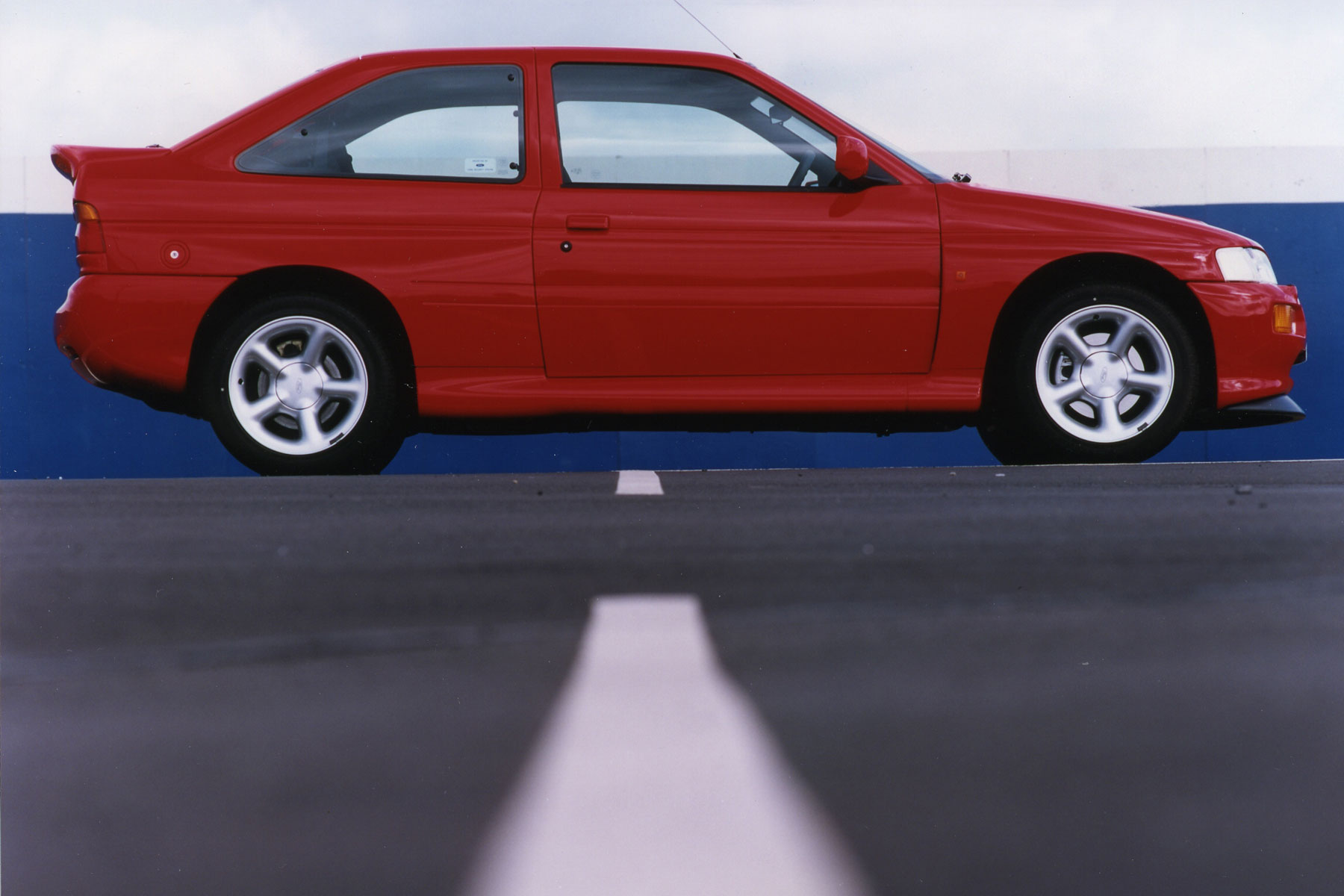 The Ford Escort RS Cosworth isn’t really a Ford Escort at all. It’s a Ford Sierra RS Cosworth squeezed into a showroom-friendly Escort body, with the aim of selling more cars, not to mention an assault on the WRC title.

It never actually won a Constructors’ or Drivers’ title, but in just about every other respect, the Escort ‘Cossie’ was a roaring success. It laid the foundations for the all-conquering Focus WRC and became the must-have performance car of the 1990s.

Those who could afford one bought one – Jeremy Clarkson included – while those who were too young to drive stuck a poster of one on their bedroom wall. Less scrupulous members of society simply half-inched one in the middle of the night. 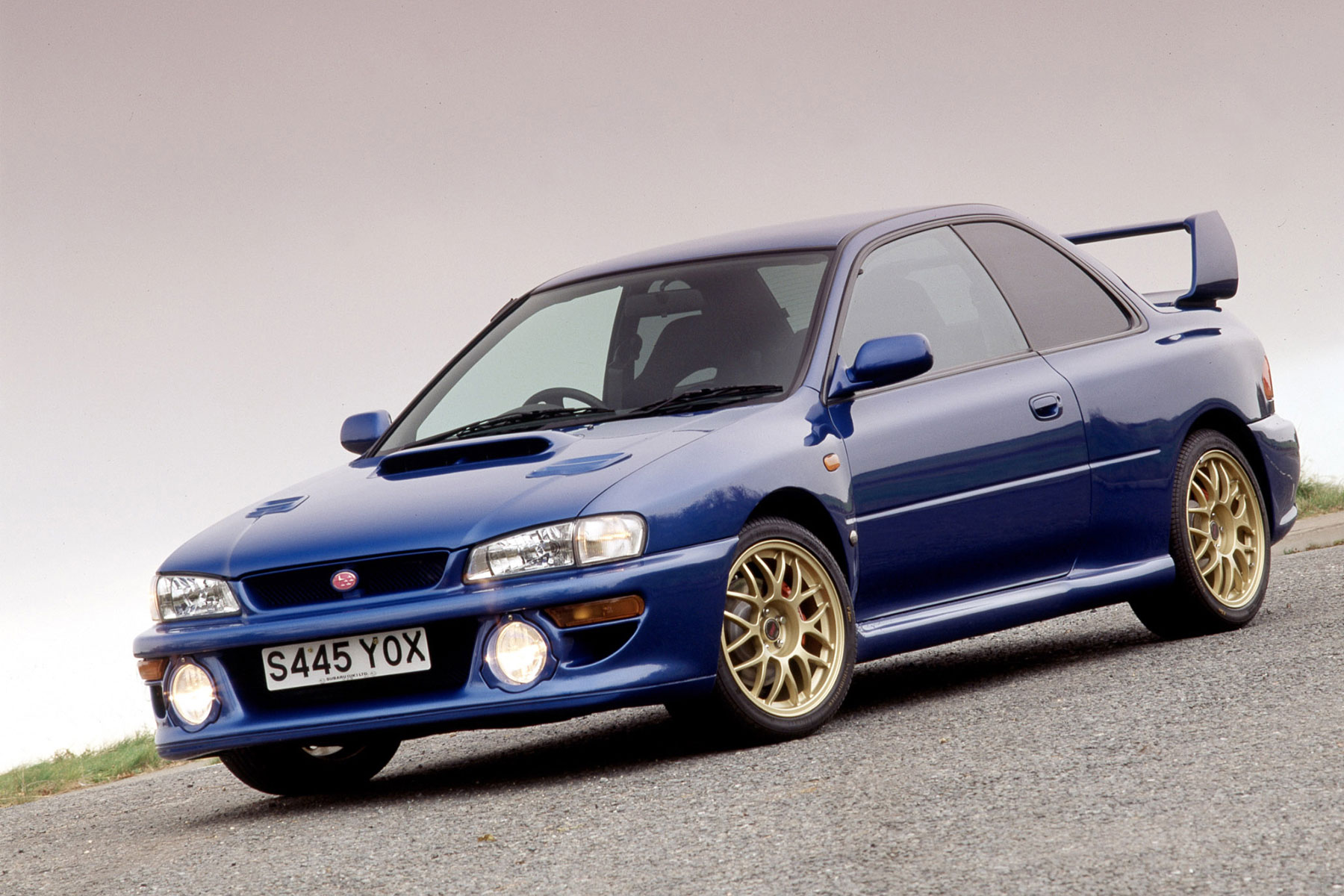 There’s no shortage of rally-bred heroes to choose from when trawling through Subaru’s back-catalogue, but one name stands above all else: the Impreza WRX STI 22B.

It was built to celebrate Subaru’s three successive WRC Constructors’ tiles and the 40th anniversary of the company, and production was limited to just 424, the majority of which stayed in Japan.

Highlights included a wider body, gold BBS alloy wheels and a larger 2.2-litre turbocharged flat-four engine producing 280hp. Officially, the 0-60mph time was 4.5 seconds, but in reality, it was probably even quicker. 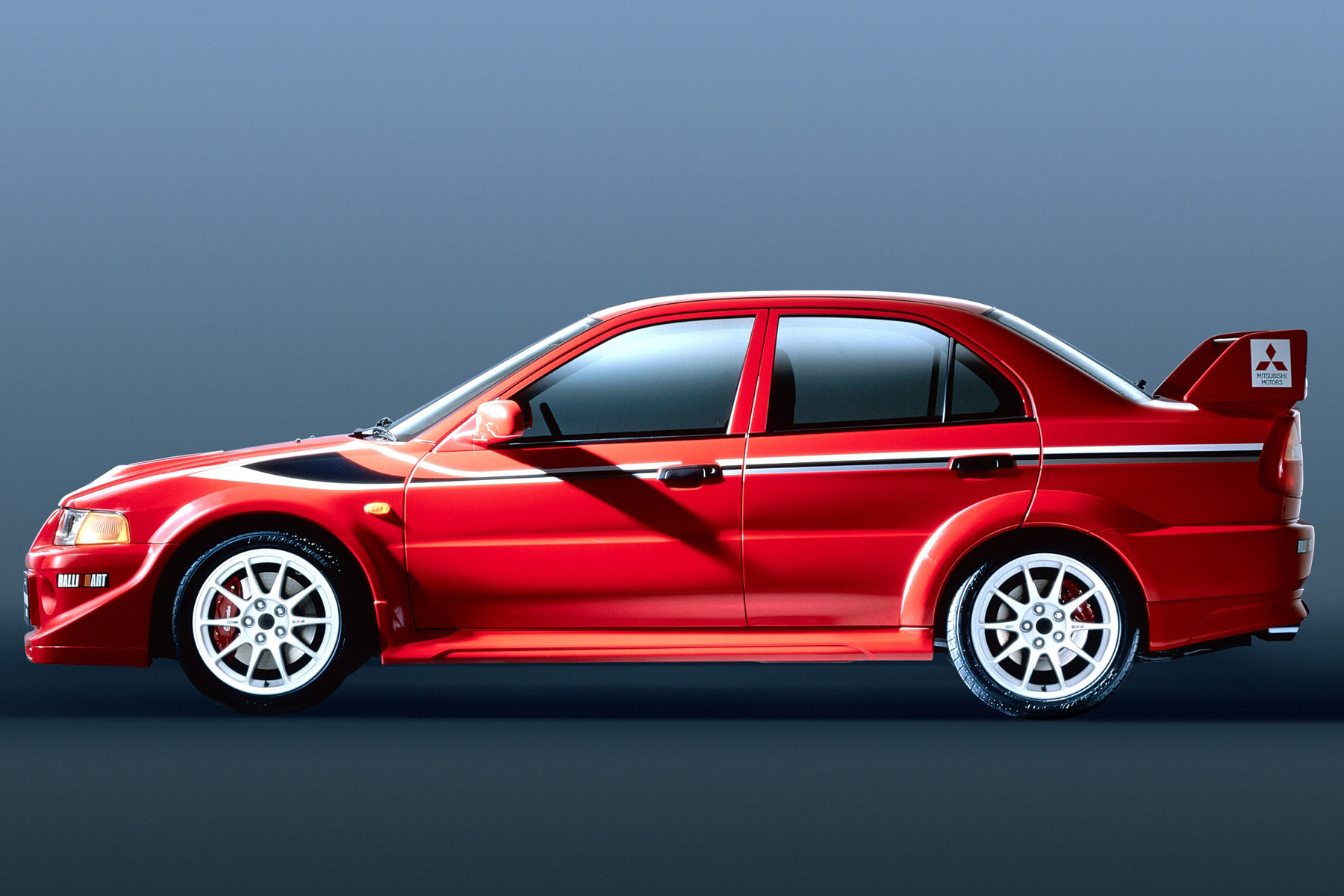 We couldn’t include a Scooby and not a Mitsubishi Evo and, once again, we’re spoilt for choice. Like the 22B, the Mitsubishi Evo VI Tommi Makinen was conceived to celebrate rallying success, in this case, the four WRC Drivers’ titles won by the Finnish driver.