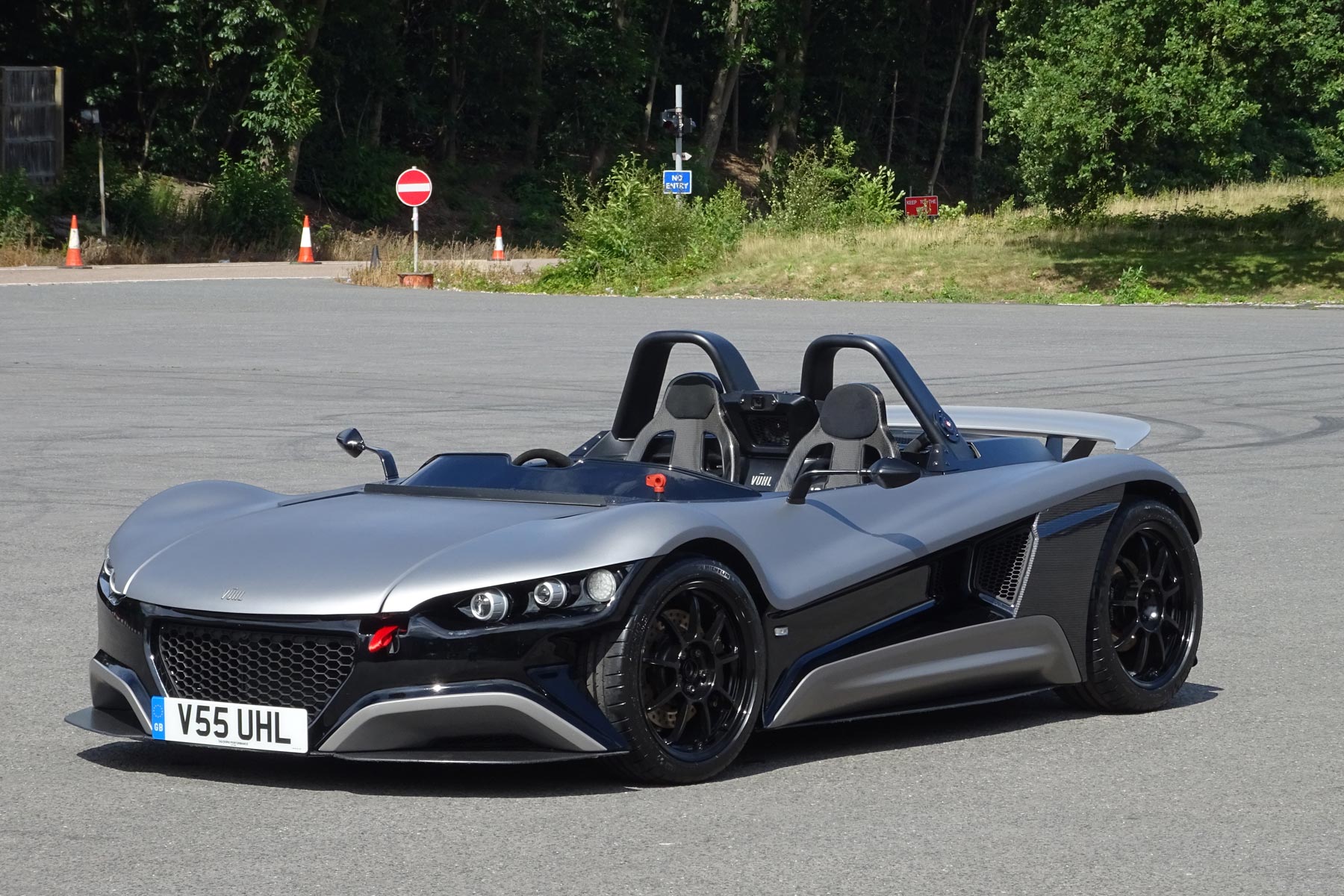 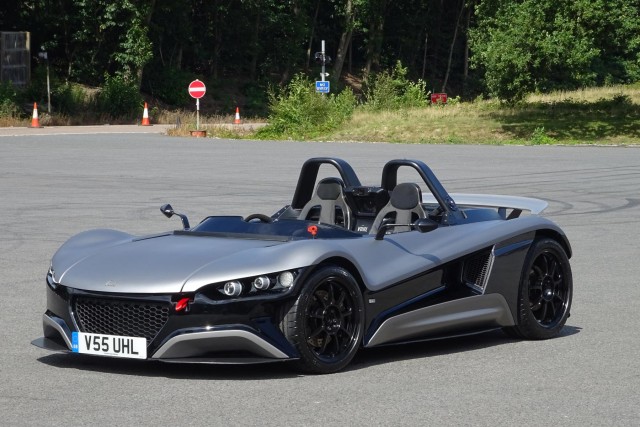 Even standing still, the looks of the Vuhl 05 are arresting. It oozes athleticism, appearing to move at speed even when its wheels are firmly planted on the tarmac.

The Vuhl is a track car, you won’t be astonished to hear. What may surprise you is that it comes from Mexico, is built to an exacting quality and works pretty damn well on the road, too.

The chassis is aerospace technology, all bonded aluminium and honeycomb stiffening with the engine and rear suspension bolted directly to the rear of the passenger cell. That makes it very light indeed, and at less than 700kg, the power-to-weight ratio is 400hp per tonne.

We were one of the first to drive what turns out to be the only car currently in Europe. The launch price is £59,995 and it’s being sold through Bespoke Performance in Ware, Hertfordshire. 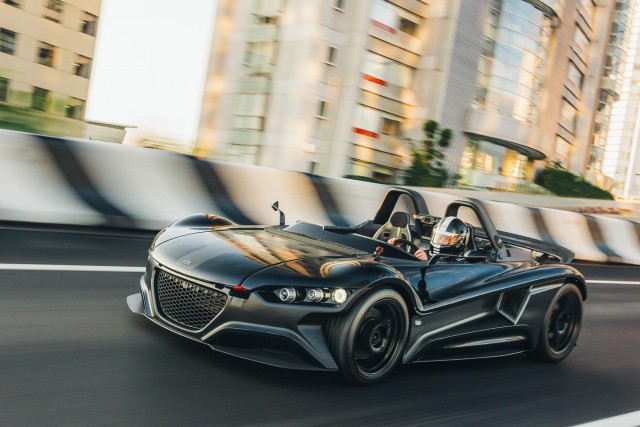 There’s nothing really intimidating about the Vuhl, save for the fact that you’ll want to remove the steering wheel via the quick-release mounting, in order to thread your legs into the footwell. Pedals, gearchange, handbrake, they all have old-school functionality

Press the start button on the central pillar (there’s a kill switch under a red lever alongside) and the Ford 2.0-litre EcoBoost engine starts readily. Then it’s simply a matter of dipping the clutch and heading off.

The gearbox and pedals are straightforward, with not an automated change or flappy paddle in sight. Ground clearance is certainly an issue, although Vuhl assures us that the carbon bits on this car can deal with the light brushing that inevitably happens.

With an acclimatisation period that’s measured in minutes, the time soon comes to find a straight piece of road and explore the Vuhl’s 285hp performance envelope. And it’s simply eye-watering. Not merely because there’s little in the way of a windscreen, but the astonishing way it accelerates forward. 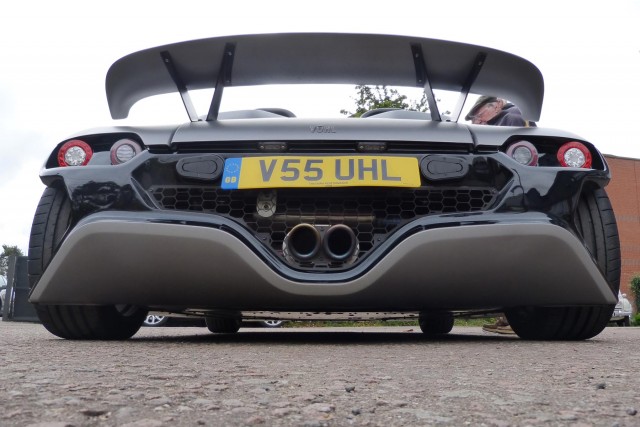 Vuhl quotes a 0-60mph acceleration time of 3.5 seconds. That’s the same as the forthcoming McLaren 540C. But it feels even faster, with all the wind, engine noise and closeness to the road. This is truly thrilling stuff, with turbo boost instantly responding to a small movement of the throttle. Passengers will be left speechless.

Stick the Vuhl on a typical British winding road, peppered with surface imperfections, and the story is also a good one, with delightfully precise, accurate, low-friction steering and suspension that has the compliance to keep the car pointing in the right direction and prevent passengers being hammered around.

Neither the steering nor the four-pot braking system are servo-assisted, but in a car this light it doesn’t matter. Indeed, many would argue that the benefit is that the feel though wheel and pedals is maximised.

We’ll have to leave track impressions to another day, but rumour has it that Vuhl is going to sharpen it up a bit for customers who want to maximise circuit agility. The risk is that this will be at the expense of the decent ride comfort experienced here. 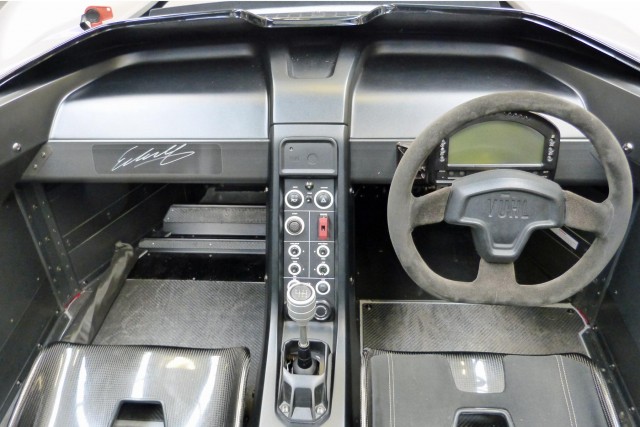 OK, there are a couple of issues here. The lack of windscreen we’ve already mentioned. There are also no doors, or side windows, or roof. That means climbing in over the – admittedly low – sides and then dropping down into the seats. There’s less padding here than Chris Froome gets on his Pinarello Dogma bike, but that can be fixed to your own personal specification.

The race bucket seats and full harness safety belts are a necessity for track use, but less than ideal on the road. However, you do feel well-ensconced in the Vuhl, better able to concentrate on the job in hand. 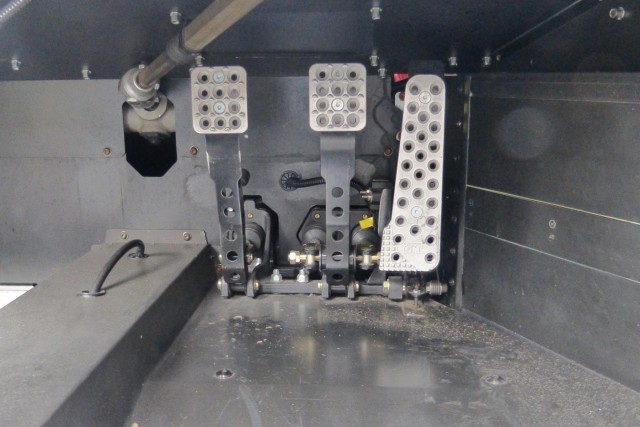 A full-face helmet is the obvious answer for distance of any significance on the road. Instead we ran with tight-fitting Oakleys, which started to lift off at speed.

Just how fast was hard to say because the speedometer was reading close to 900 mph, which can’t have been right, surely… The instrument pack is tucked behind the steering wheel and not the easiest to use on the move. Thankfully, there’s a set of coloured digital lights that progressively illuminate as the revs get close to the red line. 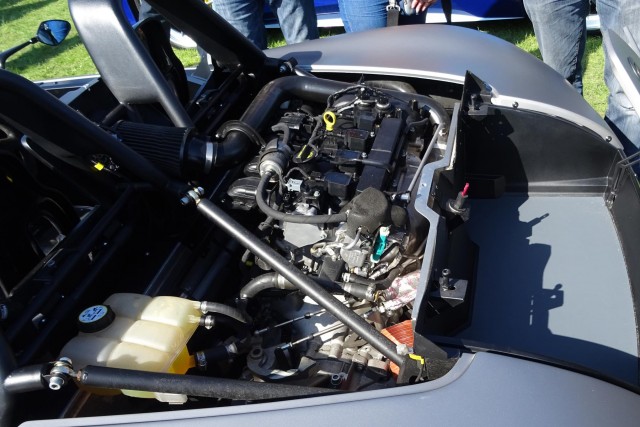 You don’t really need to ask about running costs, do you? The base price of £60k can be extended by adding carbon seats with water-resistant suede trim, exposed carbon body panels, that quick-release steering wheel, electronic data acquisition, built in HD camera and a titanium bolt pack. 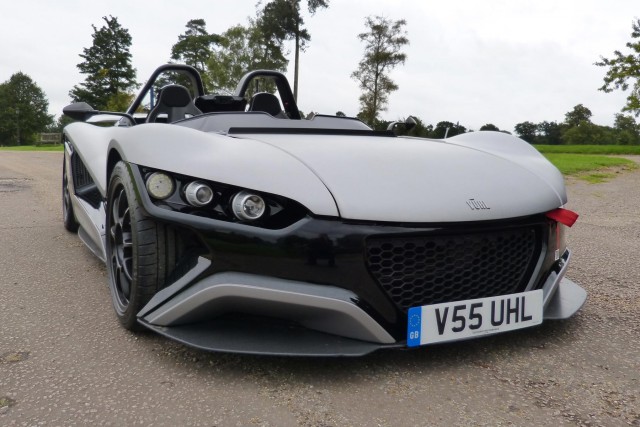 The track day market in the UK is a vibrant one. You can get lots of entry-level fun in a Caterham, while a Porsche 911 in GT3 guise is a popular but much more expensive route.

Cars like the Vuhl offer something else, a racecar-like experience in a car that’s much more approachable for the non-professional racer.  There are already quite a few to choose from: Arial, KTM, Lotus and Radical all offer highly capable alternatives.

Yet the Vuhl looks, in our eyes, the most eye catching of them all. And from our perspective on the road, it’s possibly just as much fun, too. 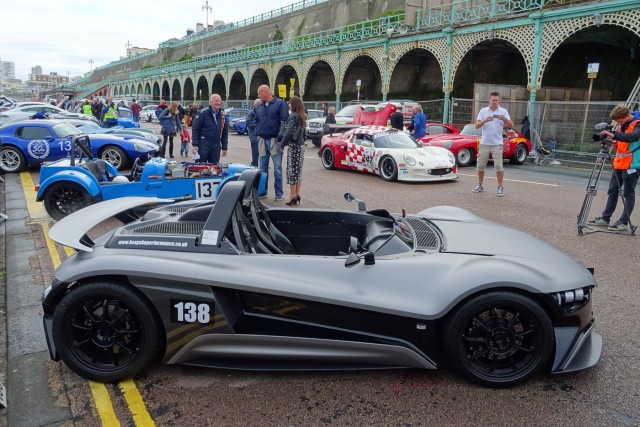