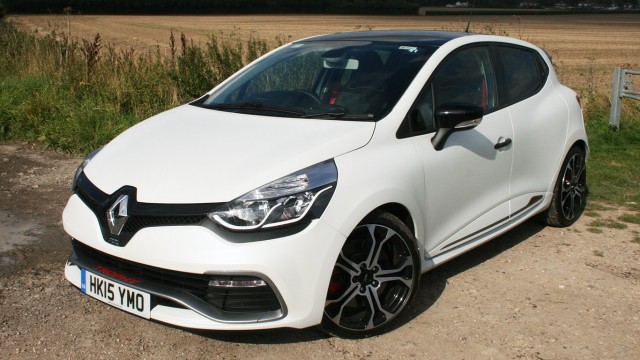 Renaultsport Clio 220 Trophy: What is it?

Stung by criticism of the standard Clio 200 hot hatch, Renault has responded with the Clio 220 Trophy. As its name suggests, it boasts an extra 20hp, plus 40% stiffer suspension, sticky Michelin Pilot Super Sport tyres and a quicker-shifting semi-automatic gearbox. Can the Trophy restore Renaultsport’s reputation?

Renaultsport Clio 220 Trophy: What are its rivals?

The Ford Fiesta ST looms large over this sector, but the Clio also faces strong competition from the MINI Cooper, Peugeot 208 GTI and Volkswagen Polo GTI. The MINI is characterful but expensive, the 208 is at its best in pricey Peugeot Sport spec and the Polo is perhaps a tad civilised for its own good. And the Fiesta? It’s a modern classic. 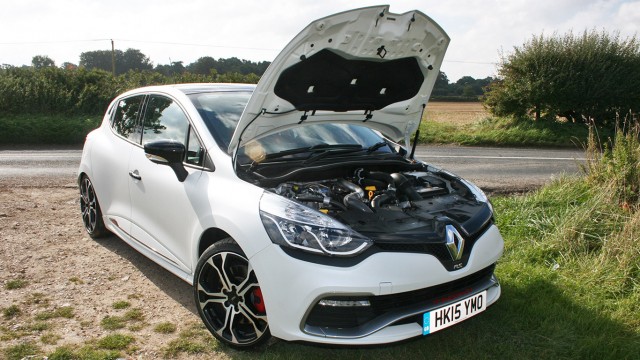 Renaultsport Clio 220 Trophy: Which engines does it use?

The Clio packs a 220hp 1.6-litre turbocharged engine mated – controversially – to a six-speed dual-clutch automatic gearbox. There’s no manual option. Use the launch control and it sprints to 62mph in 6.6 seconds, with a top speed of 146mph.

A big  improvement on the standard Clio 200. In fact, on the right road, the Trophy comes close to brilliance. It turns in eagerly, and there’s no shortage of grip from the track-biased tyres (well, on dry roads at least). The EDC ’box blats through the gears and you can press and hold the paddle for multiple downshifts at once – Ferrari F12-style. However, when you’re not ‘on it’ in R.S. mode, the Clio feels decidedly ordinary. Its jittery ride that could prove wearing on longer journeys, too. 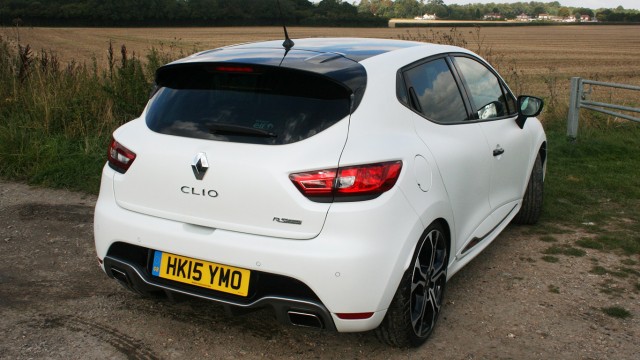 Stay away from launch control, R.S. mode and all the other things that make this Clio fun and you could manage a respectable 47.9mpg. CO2 emissions of 135g/km mean annual car tax (VED) of £130 at 2015 rates.

Renaultsport Clio 220 Trophy: Is it practical?

The current Clio is only available with five doors, and its 300-litre boot is one of the biggest in the class. It’s still on the small side for a family car, though – and we wonder how well its flimsy interior would stand up to repeated school runs. On the plus side, Renault offers a generous four-year/100,000-mile warranty on all new cars. 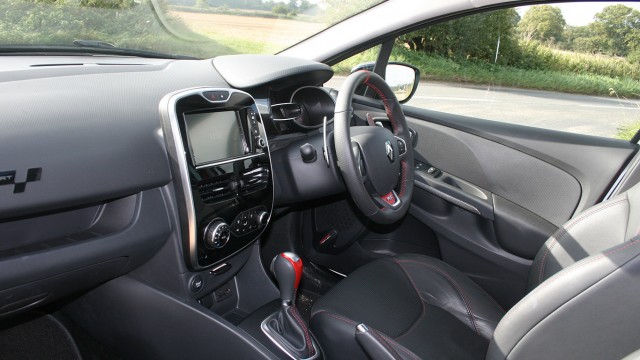 Renaultsport Clio 220 Trophy: What about safety?

Safety is one of Renault’s strengths, and the Clio in no exception. It gained a five-star rating in Euro NCAP crash tests and scored an impressive 88% for adult occupant safety, plus 89% for child safety.

Renaultsport Clio 220 Trophy: Which version should I go for?

If your heart is set on a Renaultsport Clio, the Trophy is the one to go for. It costs a hefty £2,650 more than the regular 200, but feels markedly more focused and fun to drive. Just be wary of pricey extras, such as the matte white paint of our test car (£1,300).

Renaultsport Clio 220 Trophy: Should I buy one?

You know what we’re going to say, don’t you? The Clio 220 Trophy is good, but it isn’t ‘Fiesta ST good’. While the Renault only really comes alive at ‘maximum attack’, the Ford simply feels special all of the time – whether you’re pottering or pushing it. The fact that the Fiesta costs up to £4,000 less than the Clio seals the deal. Even in top ST-3 spec, the Fiesta is still £2,000 cheaper.

Renaultsport’s factory in Dieppe will soon become the venue for the rebirth of Alpine – a long-defunct French sports car manufacturer that used Renault engines. The forthcoming Alpine sports car may share its platform with the Nissan GT-R.