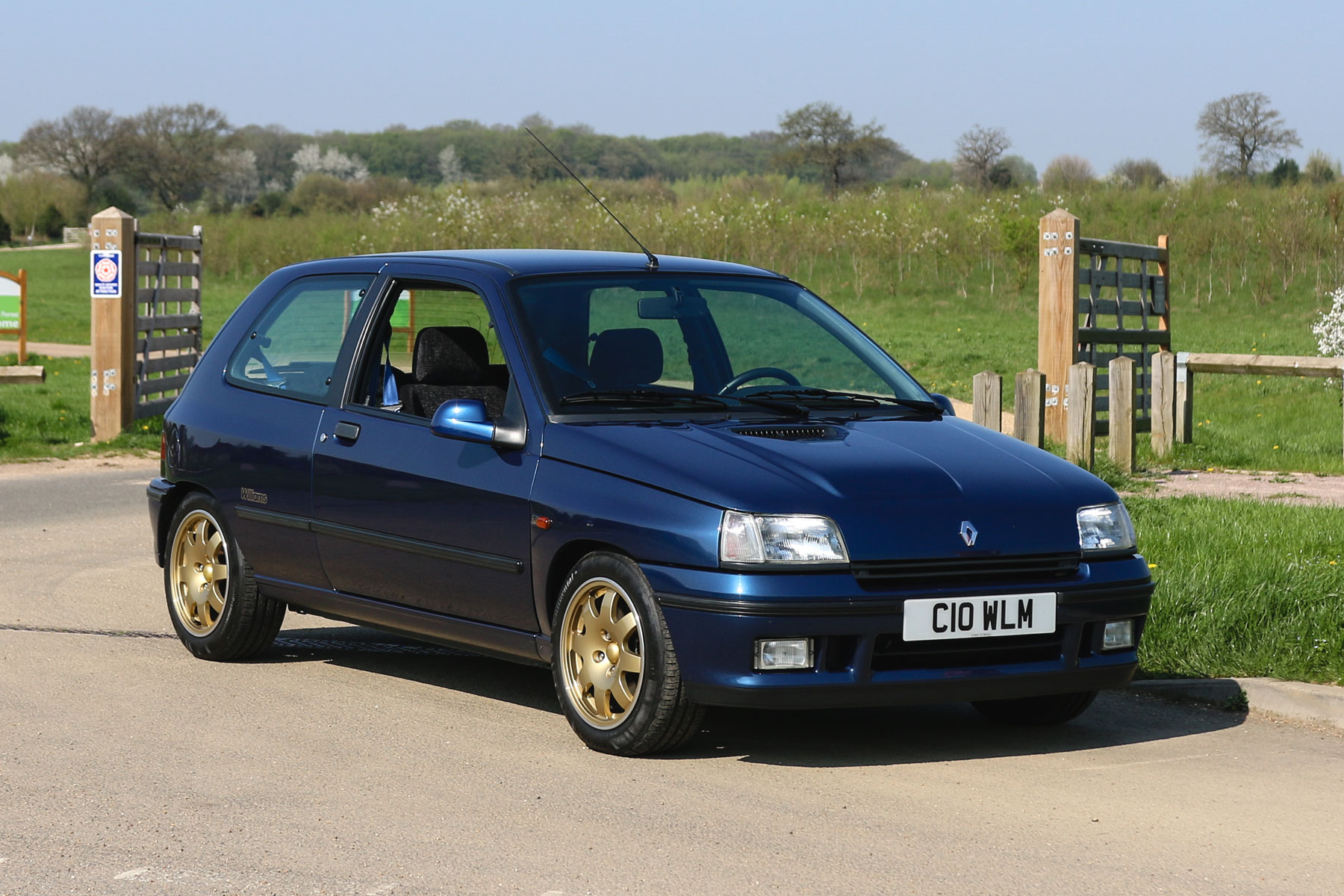 In the show, presenters Paul Cowland and Drew Pritchard use this beautifully original example – numbered ‘0001’ and pride of Renault UK’s heritage fleet – as a reference point for restoring their own Williams.

I’ve lusted after a Williams since the age of 14. Twenty-five years on, my feelings for Sarah Michelle Gellar have faded (slightly), yet the Clio remains an object of unsatiated desire. Still, it’s always a good idea to meet your heroes. Right?

The Williams was launched in 1993, the same year Alain Prost clinched the Formula One world title for Williams-Renault. Its signature blue and gold colour scheme aped The Professor’s FW15C racer, while 147hp from a 2.0-litre four-pot puts it among the quickest hot hatches of the era.

Renault planned a limited run of 3,800 cars, but demand was such that near-identical Williams 2 and Williams 3 versions soon followed, upping total production to 12,100 cars.

Today, this coolest of Clios is a sought-after modern classic – with prices to match. Expect to pay £5,000 for a project, or up to £20,000 for something show-ready. 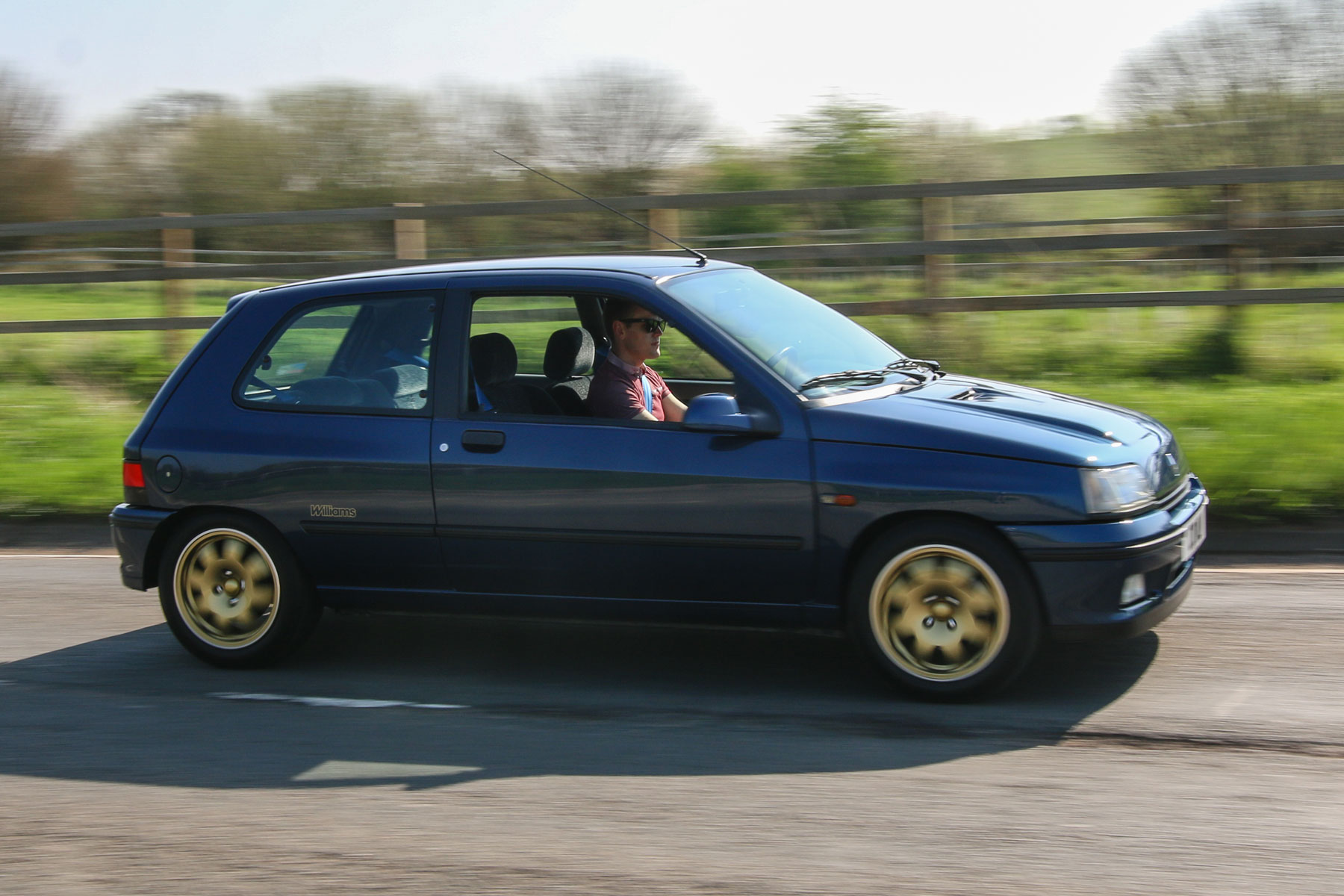 Seems I’m not the only one who wants a Williams. As the Clio arrives at Motoring Research HQ, the entire team decamps into the car park. Grown men wistfully shake their heads and sigh involuntarily. But nobody can tell us this car isn’t cool.

Those gold Speedline alloys are, of course, the pièce de résistance. A modest 15 inches in diameter, they fill out the arches perfectly, creating a squat, wheel-at-each-corner stance. The Speed Blue paintwork looks lustrous, too (a lighter Monaco Blue shade was used on the Williams 3). A bonnet bulge and a smattering of stickers also set the Williams apart from a common Clio.

Being one of the first batch, this car has a gold ‘Williams Renault 0001’ plaque on the dashboard. The subsequent Williams 2 and 3 weren’t numbered. 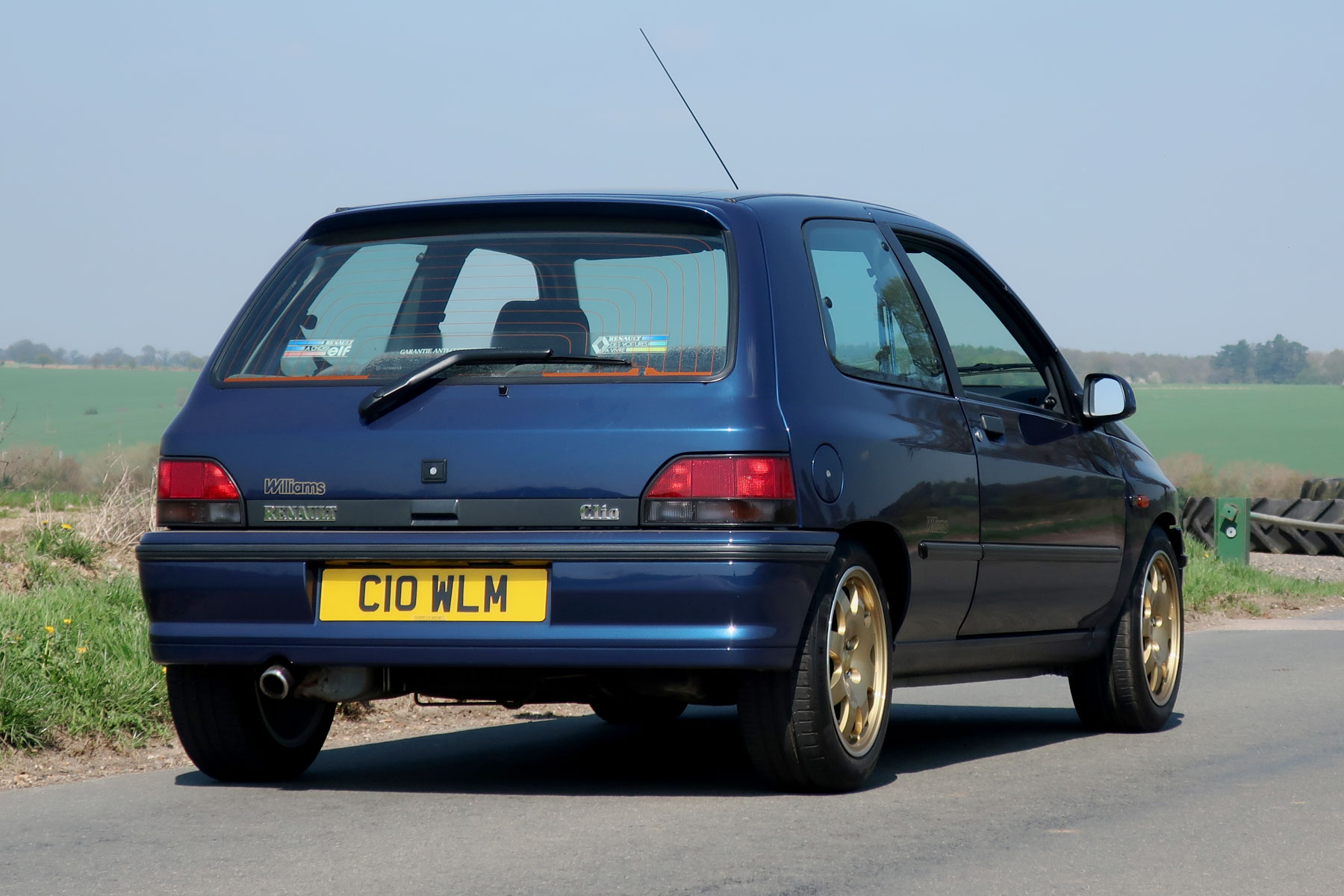 Big, softly-padded seats are the polar opposite of the hard-shell Recaros fitted to many a Clio RS, while the driving position is old-school hot hatch: upright, with arms splayed around a slightly-too-horizontal wheel. The non-turbo engine fires with a confident cough and I’m away – destination: the Hertfordshire countryside. If only Buffy could see me now.

Right, time to stop being a starstruck fanboy and write a rational, well-reasoned review. Except I can’t: I’m having far too much fun for that.

Driving a Clio Williams reminds you how anaesthetised cars have become. Its steering sparkles with finely-wrought feedback. Throttle response is instant and eager. And the gearlever moves like hot knife through brie. It’s deliciously tactile.

Stats of 147hp, 0-62mph in 7.8sec and 130mph look lukewarm in 2018. But the Williams feels faster – and carries speed easily through corners. pic.twitter.com/g0PeFgBgi5

The engine is a peach, too: gruff and gravelly, with a mighty mid-range punch. In truth, it makes just 10hp more than the contemporary Clio 1.8 16v, while figures of 0-60mph in 7.8sec and 130mph are barely warm-hatch territory today. Nonetheless, the flyweight 990kg Williams still feels fast – especially when you reach a twisty road.

On narrow, hedge-lined lanes, the compact Renault would snap at the heels of many sports cars. Its all-independent suspension is supple, yet stubbornly resistant to roll, the front end biting into apices and refusing to let go. 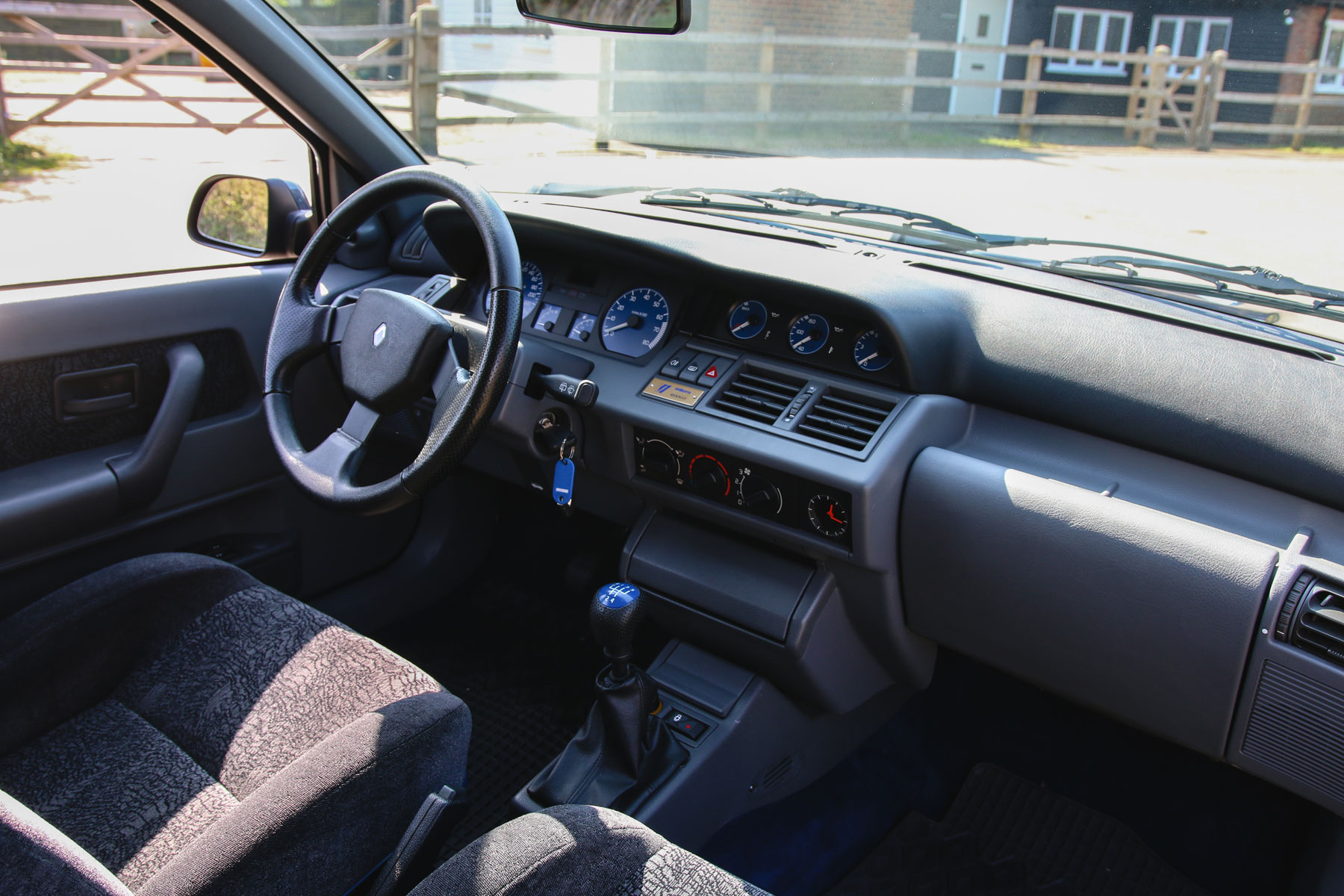 Until you lift off… The spectre of snap-oversteer is always present – as highlighted by road-test reports of the time. But here, on relatively busy roads, and in Renault’s prized possession, this isn’t something I plan to investigate further.

Yes, the Williams will go sideways, but you’ll have to take somebody else’s word for it. 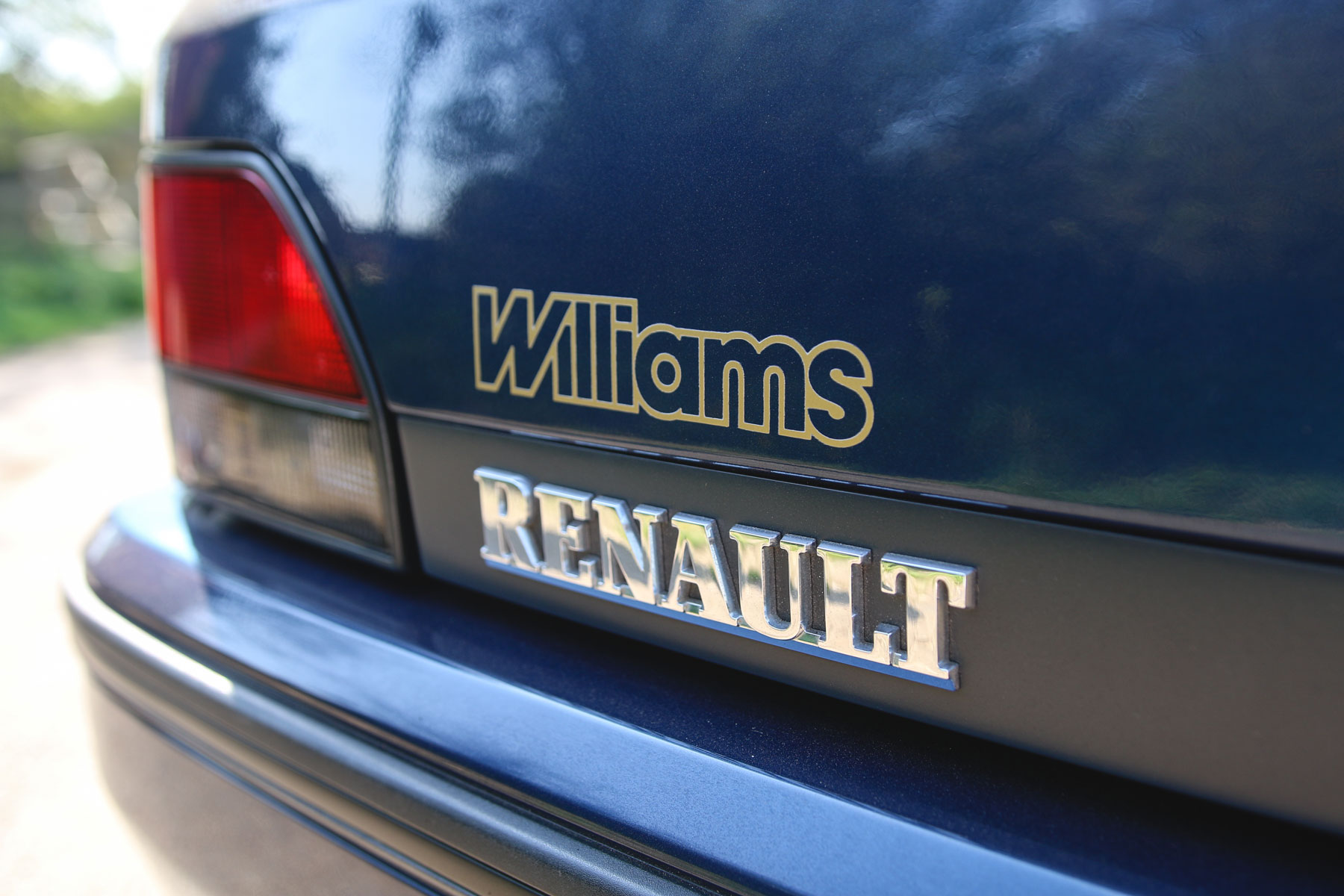 The days of the cheap Clio Williams are already over and, although prices haven’t scaled the heady heights of the Peugeot 205 GTI, the best cars are already well into five figures.

Too much? I don’t think so. Limited numbers, critical acclaim and a sprinkling of competition kudos make the Williams an icon of its generation – and one of the best driver’s cars of the 1990s. As an investment, it looks a safe bet.

Differences in value between the three versions aren’t significant, so buy the best, most original car you can. Many succumbed to the 90s craze for modifying hot hatches, so avoid anything with big wheels and a bodykit. And don’t accept anything less than a fully-documented service history. 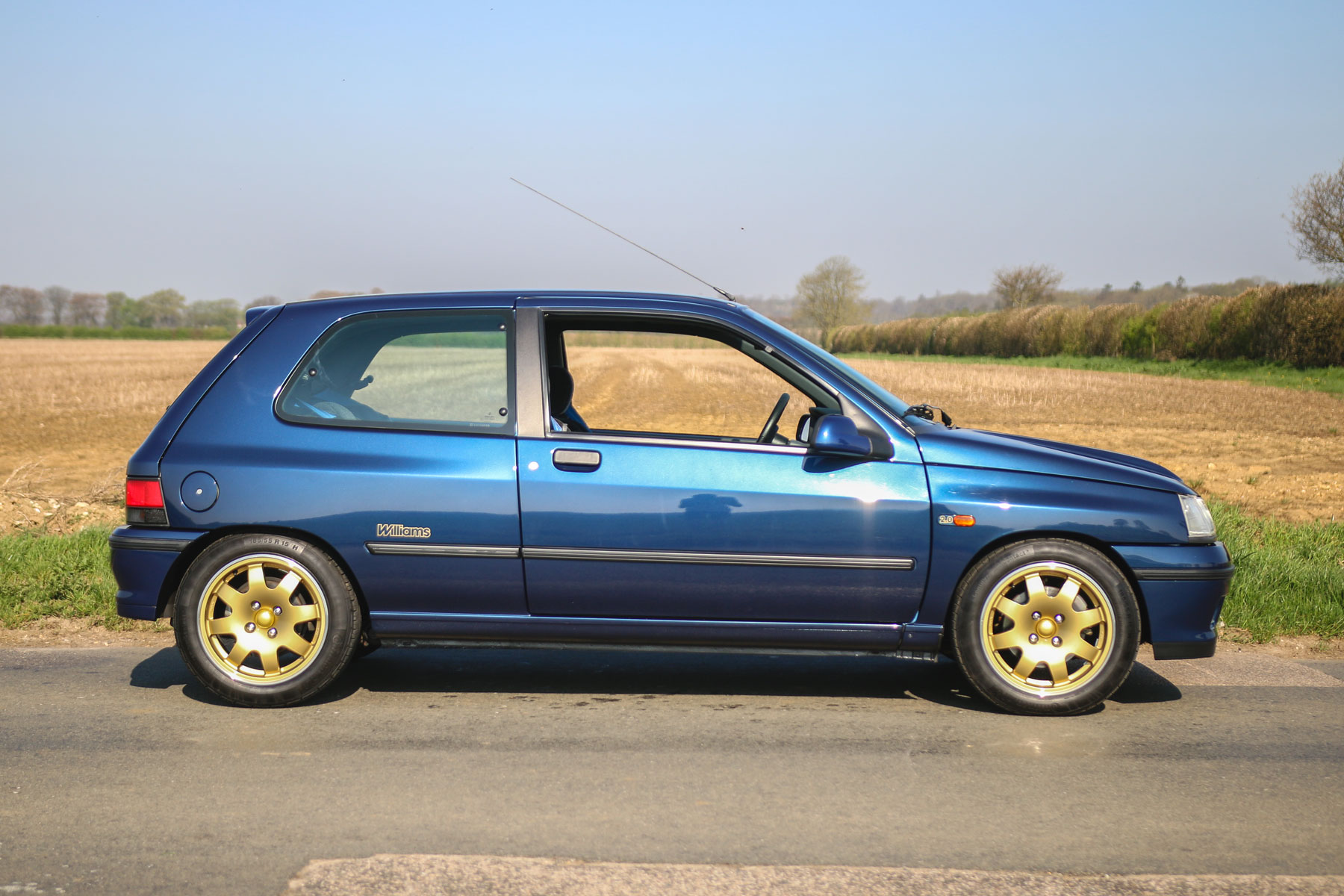 Rust is the main issue to be aware of when examining a Clio Williams. Check the sills, rear wheelarches and boot floor, as well as the bottom of the doors and tailgate. If panel gaps look uneven or there’s paint overspray on the window seals, the car has probably had a shunt. The slam panel under bonnet is another tell-tale sign: ensure it’s straight and corrosion-free.

With trim becoming scarce and, in some cases, only available second-hand, the condition of the interior is equally important for originality (and thus value). Seat bolsters can sag and the blue carpets may look tatty. Ensure all the electrics work and the condition of the steering wheel, gearlever and pedals tallies with the advertised mileage. 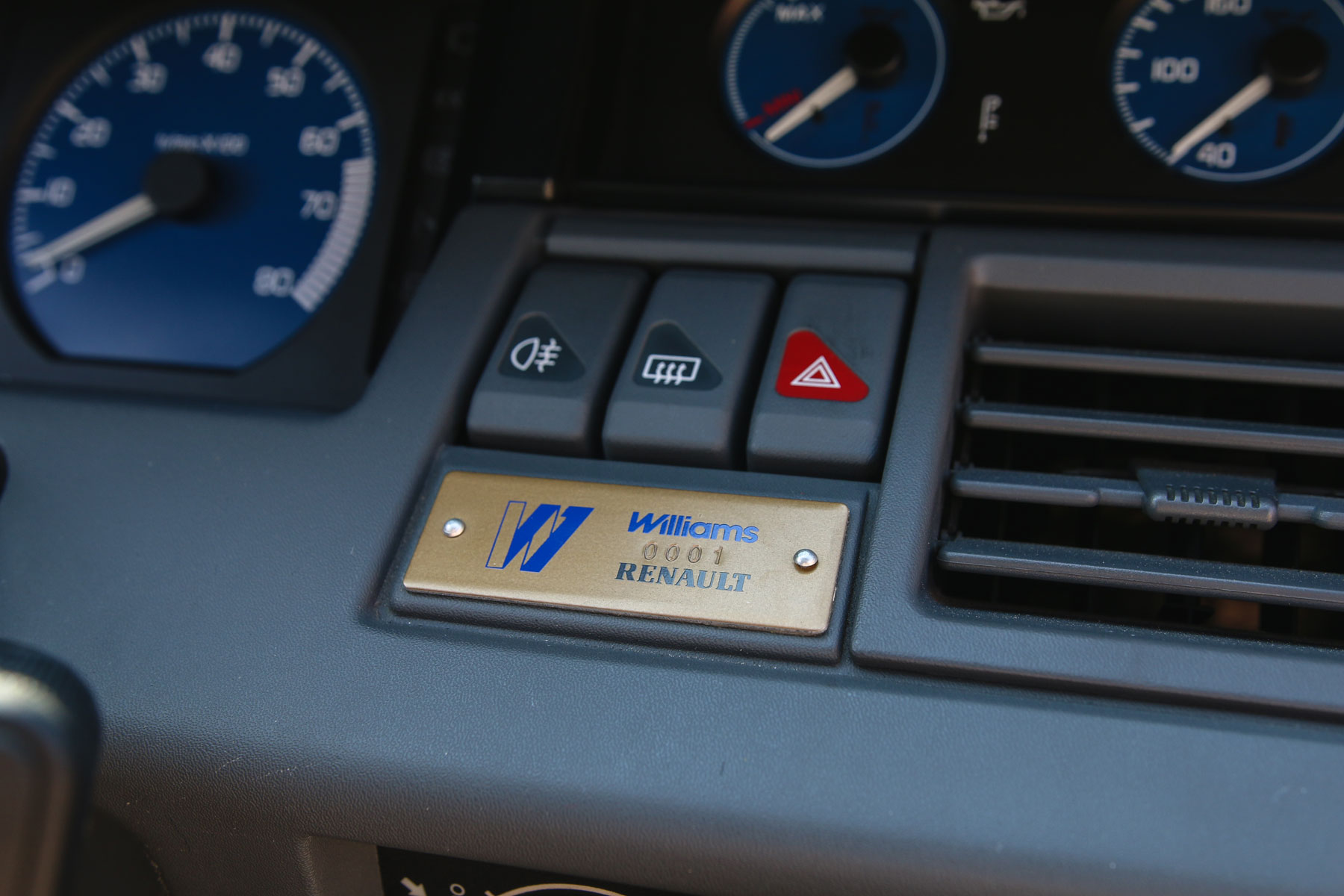 On a test-drive, look for blue smoke from the exhaust on start-up and listen for noisy tappets. A slipping clutch or graunchy gearbox could point to hard use, and neither is cheap to replace. Sloppy steering could be down to a loose column, while anything more than a smidgen of body-roll may mean leaking dampers or a damaged front anti-roll bar.

Remember: the Clio should feel brilliant to drive. If it doesn’t, there’s probably something awry. 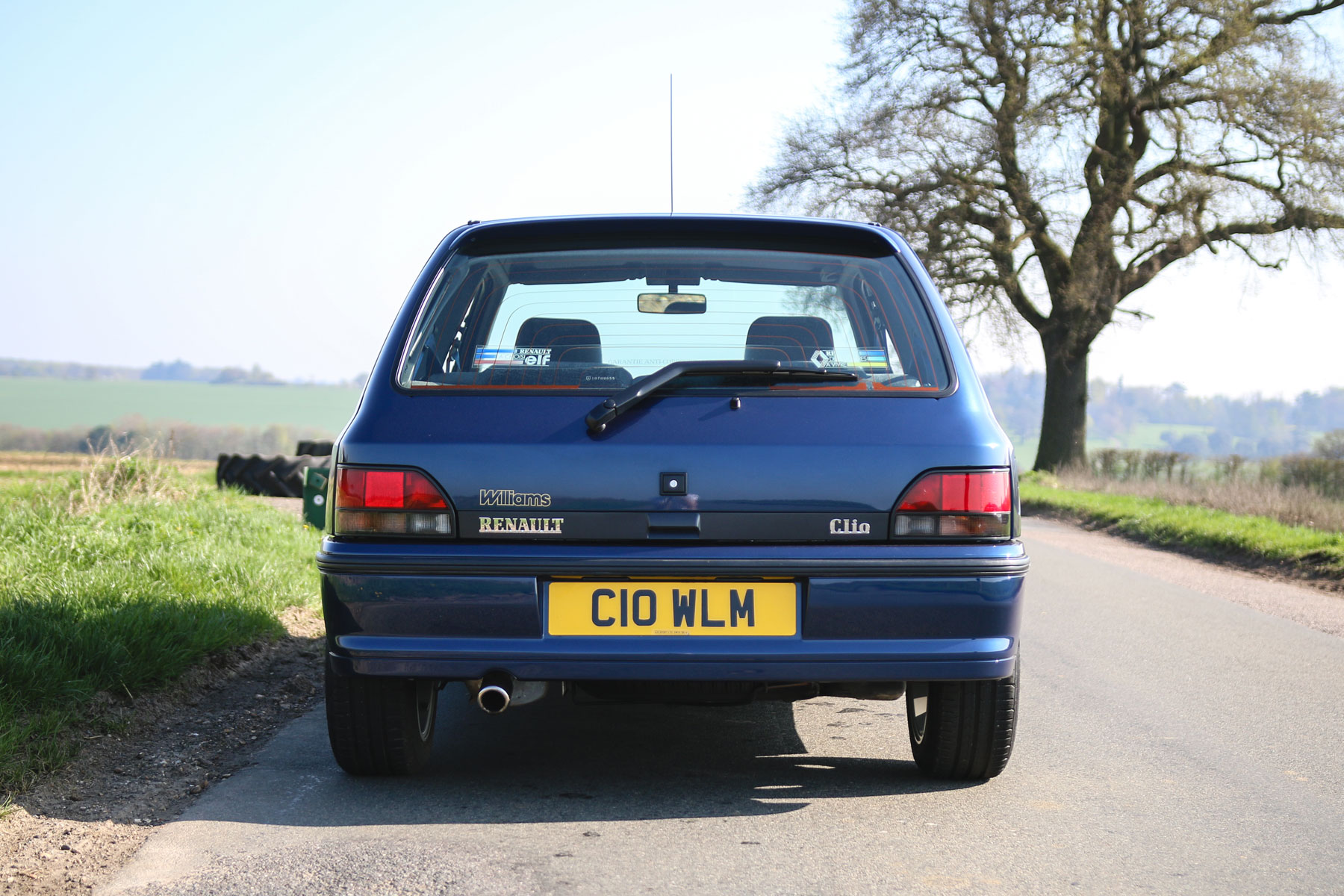 So, I’ve met a hero and, unlike the time I was roundly blanked by Damon Albarn, all went well. The Clio Williams is as good as I dared hope: a feisty, back-to-basics hot hatch that enjoys a good thrashing. I mean, um… a careful drive.

With no air-con (or indeed airbags), it would take a dedicated soul to drive a Williams every day. I’d save mine as a toy for weekends, to blat along B-roads then spend hours lovingly polishing. Even after just a few hours, it’s secured a space in my soul. Sadly, I’ll have to content myself with watching re-runs of Salvage Hunters for now.