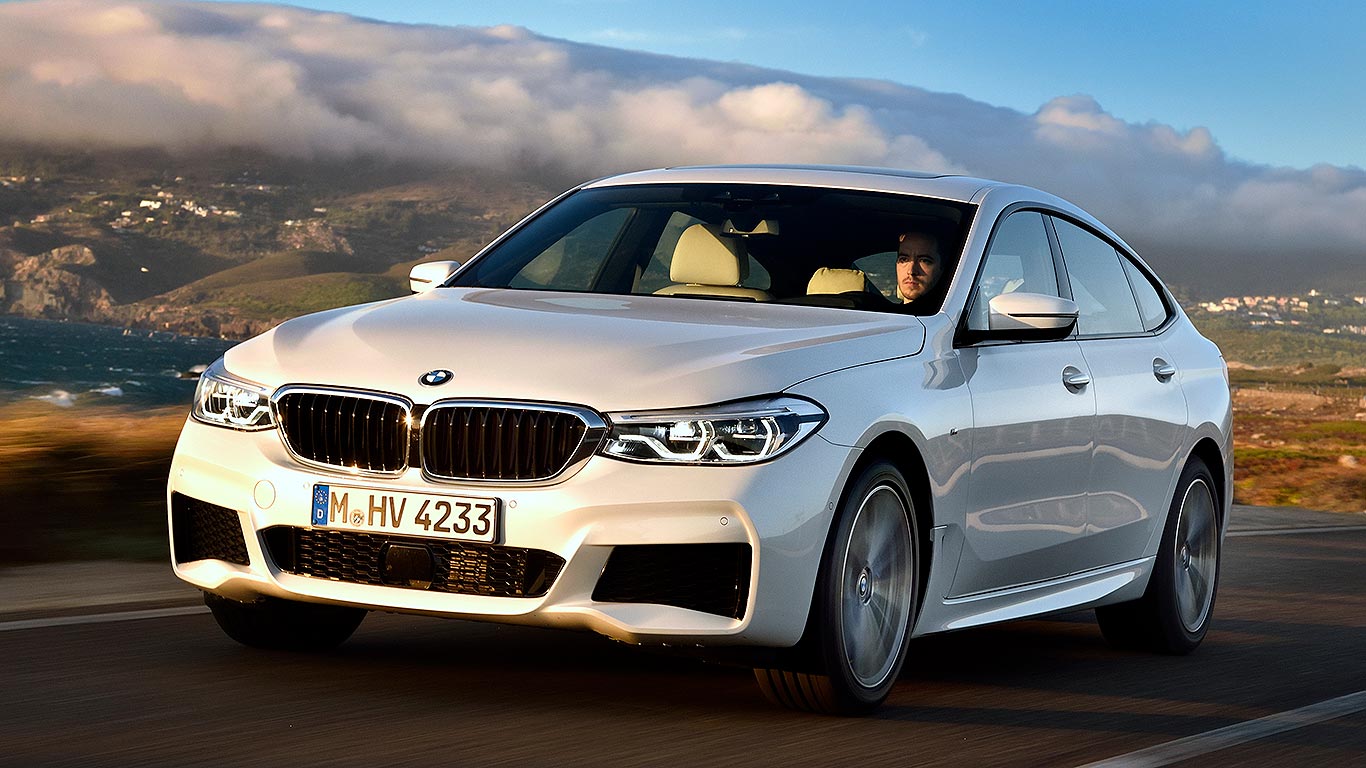 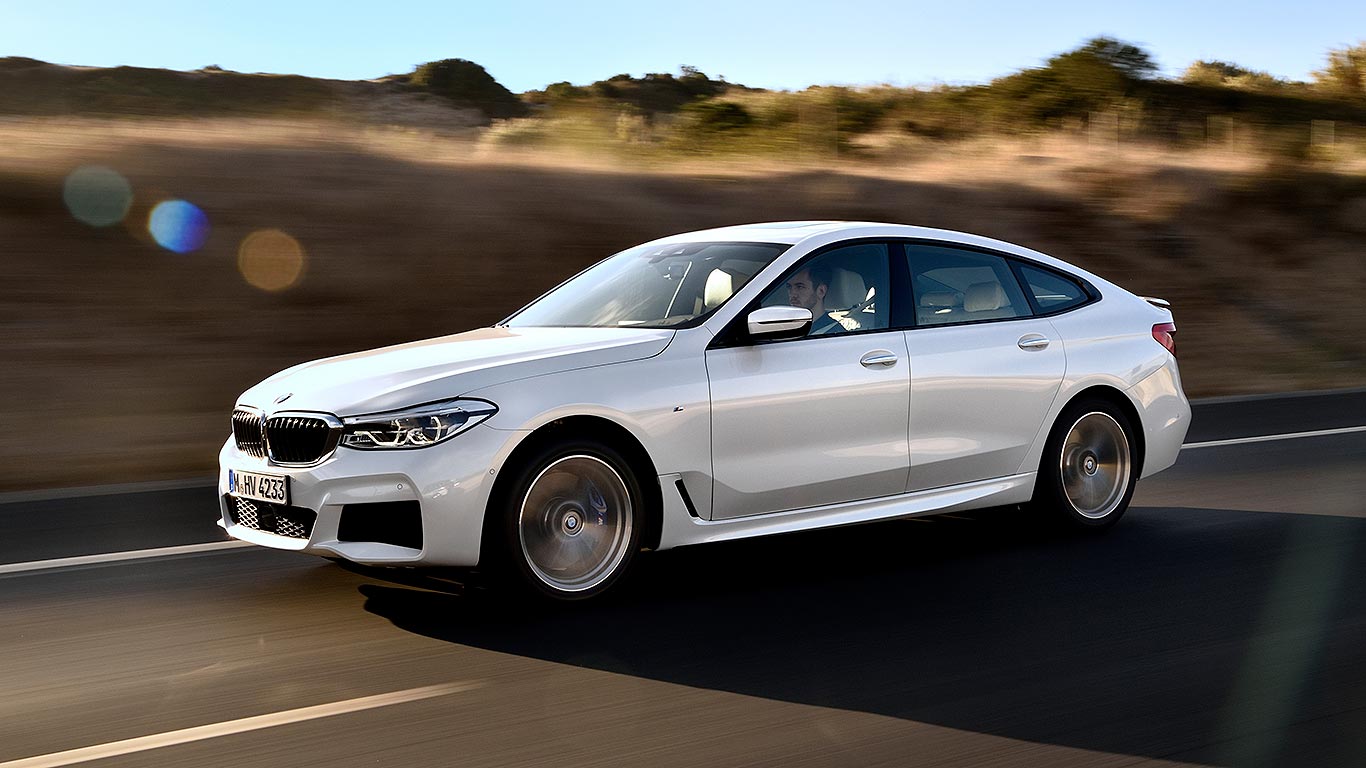 The latest BMW 5 Series saloon is an outstanding executive car, the current sector leader. You can’t buy better – and if the only reason for it not being suitable for you is a lack of luggage capacity, help is at hand with the 5 Series Touring estate. Rightly, for many, it’s all the car they need.

This was only part of the reason, though, why the previous 5 Series Gran Turismo ‘hatchback 5’ was such a duffer. Quite remarkably dumpy looks were a bigger hindrance. You buy BMWs because you want to be envied, not pitied: how the 5GT behemoth ever left the styling studio with a thumbs-up is lost on me.

While it’s perhaps surprising that BMW decided it was worth following up, it’s no surprise to see the name has been euthanised. The 5GT is forgotten: enter the 6 Series Gran Turismo, the car to right the wrongs of the old.

But hold on, you’re thinking. If the 5GT was such a clot, do we even need a 6GT? Fair point: in Britain, we don’t. Nor does Europe, for that matter, because we all have the 5 Series Touring. But in North America, they don’t, because they don’t like estates. Neither does China.

That’s what the 6GT is – a 5 Series estate for people who don’t like estates but need more practicality than a saloon. Factor in the size of the American and Chinese markets, and the logic becomes clear. But only if the new car is actually any good. So we flew to Portugal, slowly peeled away the fingers from our eyes, and faced the new BMW 6GT for the first time.

Thankfully, the hunchback looks have gone. This one won’t be joining the ranks of the world’s ugliest cars, mentioned in the same breath as the Pontiac Aztec. It’s still – almost 5.1 metres long and 1.9 metres wide – but lower than the old one, with a much sleeker roofline. The silly split tailgate of before has gone, with a slinkier trunk in its place. This is now actually so low, BMW’s had to add in a deployable rear spoiler, to give it the aero kick necessary for higher-speed stability.

It’s still probably too much for many Brits. Those who want such big cars will buy an X5 instead. The white paint of the launch cars did it no favours either. But at least it’s no longer offensive and, on an expansive North American highway, you can see it working. Not least because it delivers them estate car practicality without looking like a wagon.

In the front, it’s even nicer than a 5 Series. It shares that car’s excellent dashboard, but seats occupants higher, atop plush and enveloping seats, with big windows and loads of glass to look out from their commanding driving position. There’s a cool detail for enthusiasts as well: frameless side windows front and rear. Lower the window and it’s like getting in and out of a sports car. Well, almost.

Those in the rear have it better still. Legroom is genuinely immense, and the seats are just as comfy as those in the front. It’s like a limo back there, even down to the electrically-reclining backrests. This time around, BMW doesn’t mount the rear seats higher than the fronts, stadium-style: that’s how they’ve been able to lower and de-toxify the roofline. But the car’s comfort doesn’t suffer as a result.

And the boot? Hey, who needs an estate? This hatchback has 610 litres even with the seats up, stretching to a yawning 1,800 litres with them down. Dammit, that’s bigger than a Volvo V90 estate – and also bigger than a BMW 5 Series Touring, both seats down and up. The 6GT is a more practical 5 wagon, never mind the saloon…

Putting the GT into 6GT? 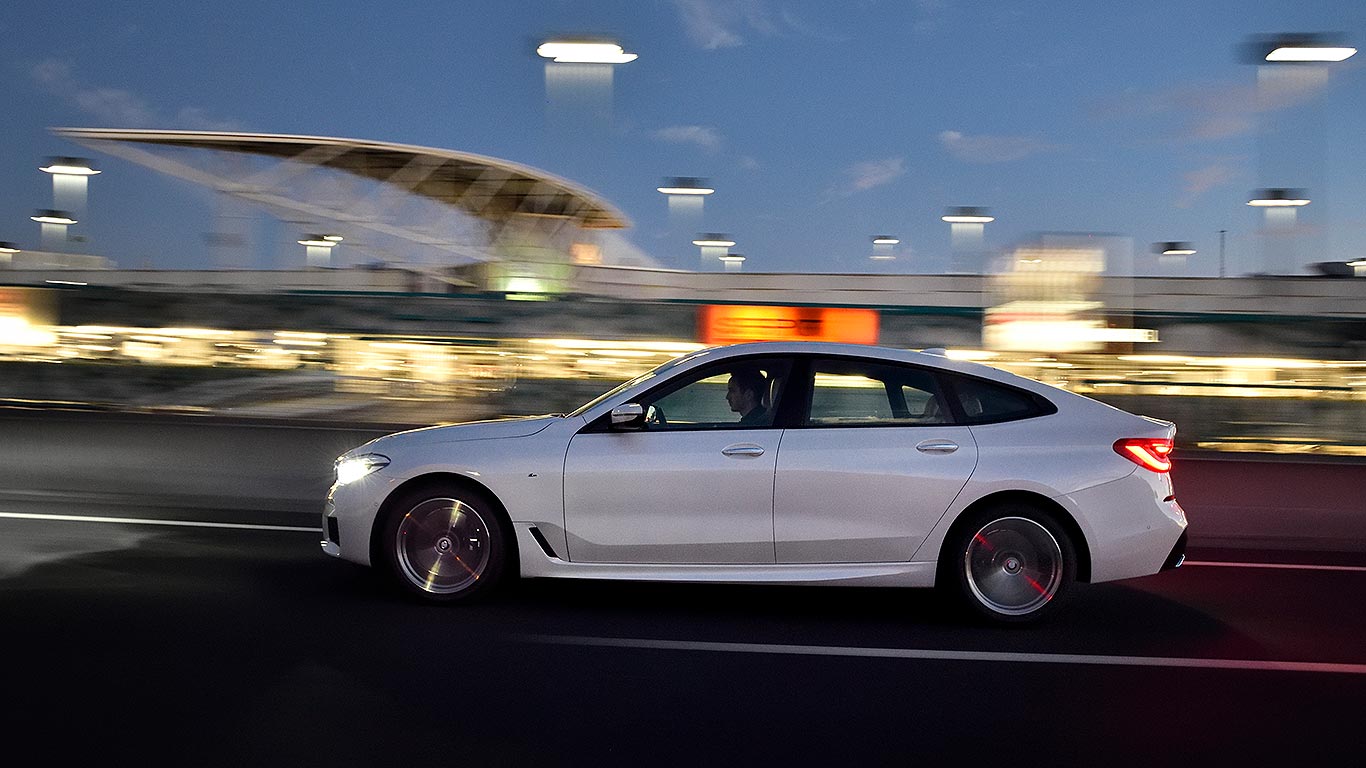 But hey, this is the engine that will be big in America and China, so it’s not our place to grumble. Besides, with 0-62mph in 5.3 seconds, the silky-smooth six is a peachy thing to drive, all hushed hum and effortless waft. The xDrive 4WD ensures it remains unruffled, and 150kg less weight adds further to the alacrity.

Not that this is a sports car, despite the GT branding. It’s one set up to waft and cruise, which a delightful ride quality soon makes clear. Normally in BMWs, you can toggle up to Sport+, for maximum stiffly-suspended dynamism. Here, you can’t: you toggle down to a new Comfort+ mode instead, which eases off the (optional) air suspension to a level of cushioned pliancy more akin to a Rolls-Royce.

It’s lovely, and rather more luscious than a 5 Series (enhanced by church-like silence). The pay-off is the absence of the 5 Series’ sharpness and driver-pleasing agility. It hasn’t become a bad-handling machine – far from it – but it has lost the crispness we so like in the 5, in the pursuit of easygoing luxury. Heavens, even the Portuguese test route itself reflected this: all straight roads and meandering cruises, rather than the twisty stuff we enjoy so much.

So rather than going elbows-out through corners, we sat back and enjoyed the ride, the peace and quiet, the way that even though it’s not a sporty BMW, the firm’s sporting crispness translates here into an easy drive with accurate steering, lack of cornering body lurch and plenty-in-reserve power. Fingertips and tiny tweaks of the toe on the accelerator are all you need.

Just like the 5, quality is impeccable. In the Portuguese sunshine, with the air-con working away, the heat of the outside is filtered out, but none of its glinting light – making this a really nice place to spend the morning. For 1,500 people a year in the UK, it’s a BMW that will serve up wellbeing in spades. 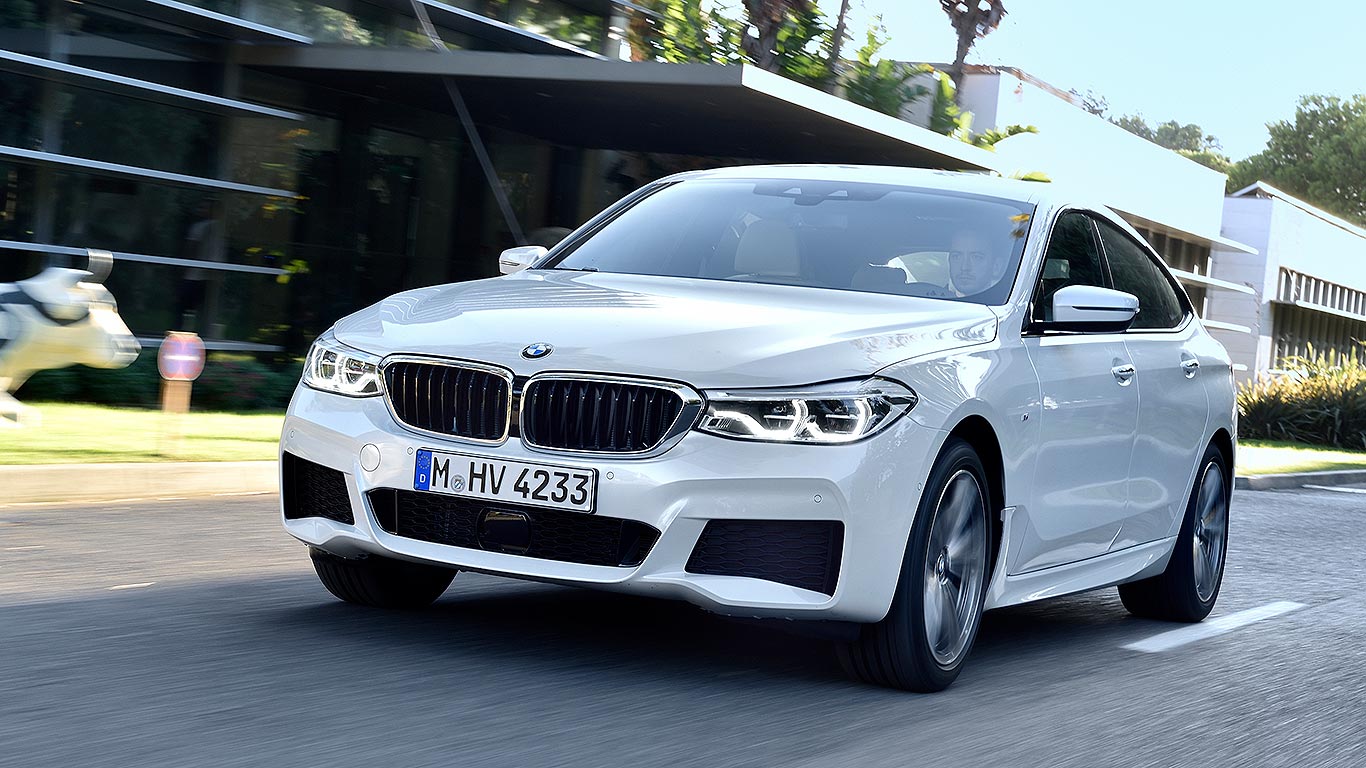 The new 6GT is a better car, but for Brits, it remains a decidedly niche offering. Most will be better off in all regards with a 5 Series Touring, but if practicality and comfort are everything, the 6 Series Gran Turismo at least doesn’t make its owners suffer with its styling.

Faint praise, maybe, but at least BMW dealers can look you in the eye when discussing its merits, and you can look at the car without grimacing.

Ordinary cars that are extraordinary to drive

The best value cars according to owners