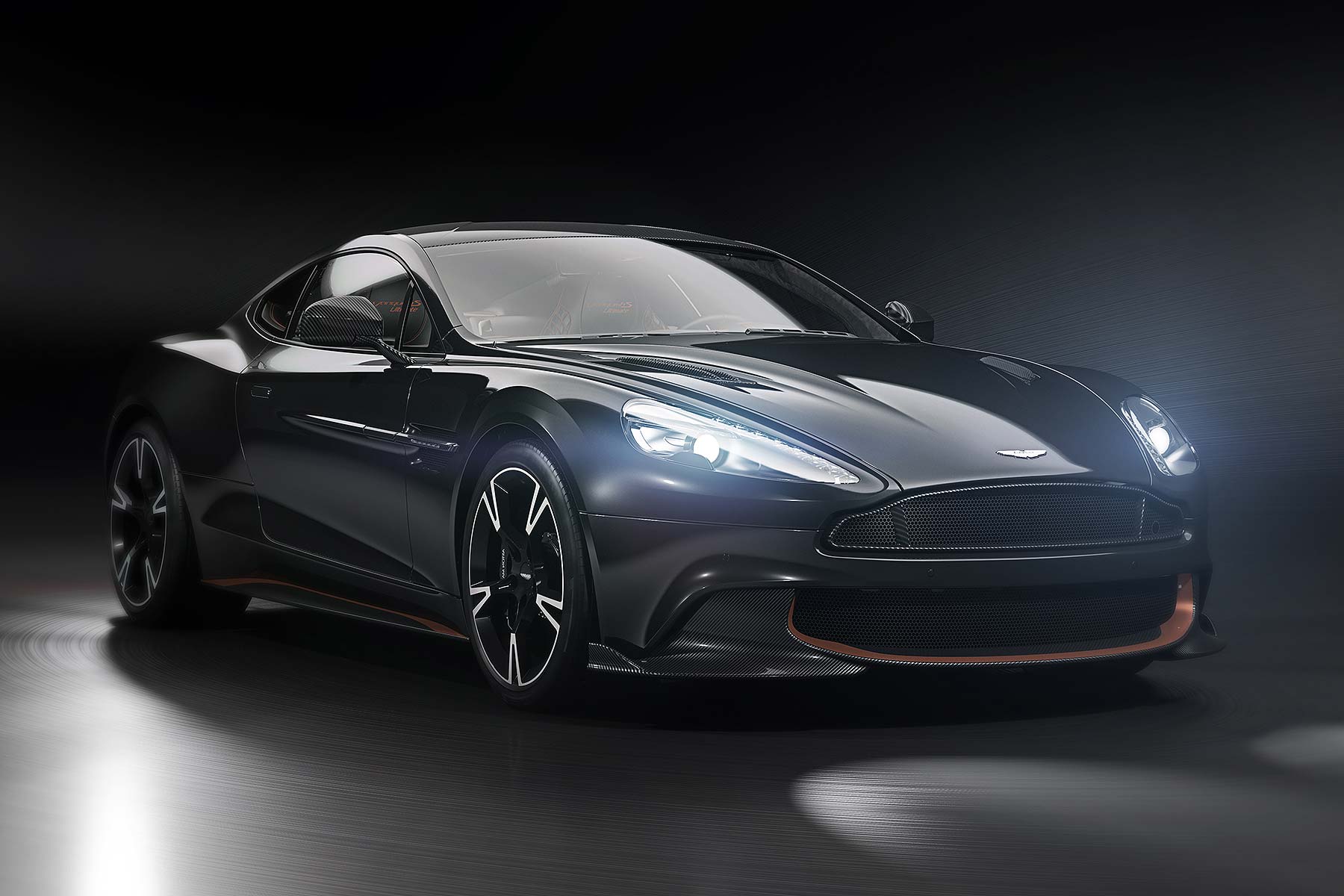 Aston Martin’s range-topping model, the Vanquish, is nearing the end of the life. To give it the send-off it deserves, the firm has created a line of ‘Ultimate’ models, limited to just 175 cars in either Vanquish S Ultimate Coupe or Volante guise.

The Ultimate doesn’t get any more power than the 595bhp Vanquish S, now are the eight-speed automatic gearbox or carbon ceramic brakes any different to what you’d get on a series S.

No, the difference with the Vanquish S Ultimate is visual. Aston is offering it in a choice of three unique colourschemes, each enhanced with carbon fibre side strakes finished with a rose gold ‘Ultimate’ badge. 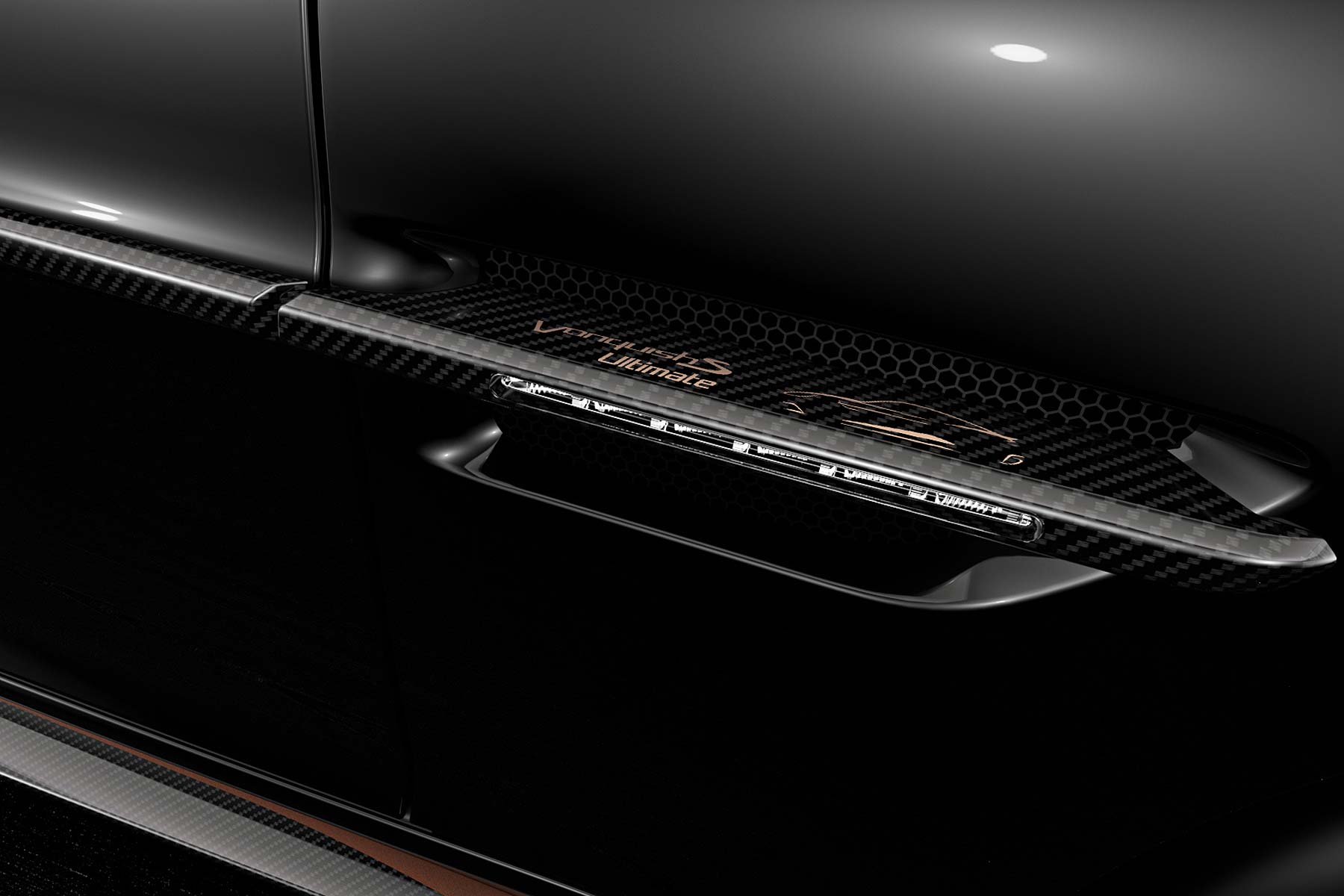 The first so-called Designer Theme is Ultimate black with Copper bronze graphics for the front air intake, side sills and rear diffuser. A black leather interior is highlighted with Chestnut tan and Aston says the overall colourscheme references the original Vanquish S Ultimate Edition from a few years back; it’s pictured here.

Too moody? Try Xenon grey paint with Cobalt blue graphics, which looks a bit like a piece of designer sportswear, reckons Aston. It has yellow brake calipers and, inside, Electron yellow and Spectral blue stitching for the Phantom grey leather.

Too much? How about White gold paint with bronze graphics, Chestnut tan leather with black accents and a gorgeous carbon fibre fascia? And if even that doesn’t tick the box, you can choose any other exterior and interior colourscheme for free, which sort of defeats the point of offering a range of limited edition Designer Themes, but there we go.

Aston Martin vice president and chief sales officer Christian Marti said: “As the much-loved and highly-acclaimed Vanquish S nears the end of production, we wanted to celebrate its success with a limited run of very special cars.

“The Ultimate edition perfectly captures the spirit of Vanquish and is sure to be sought after by collectors around the world.”