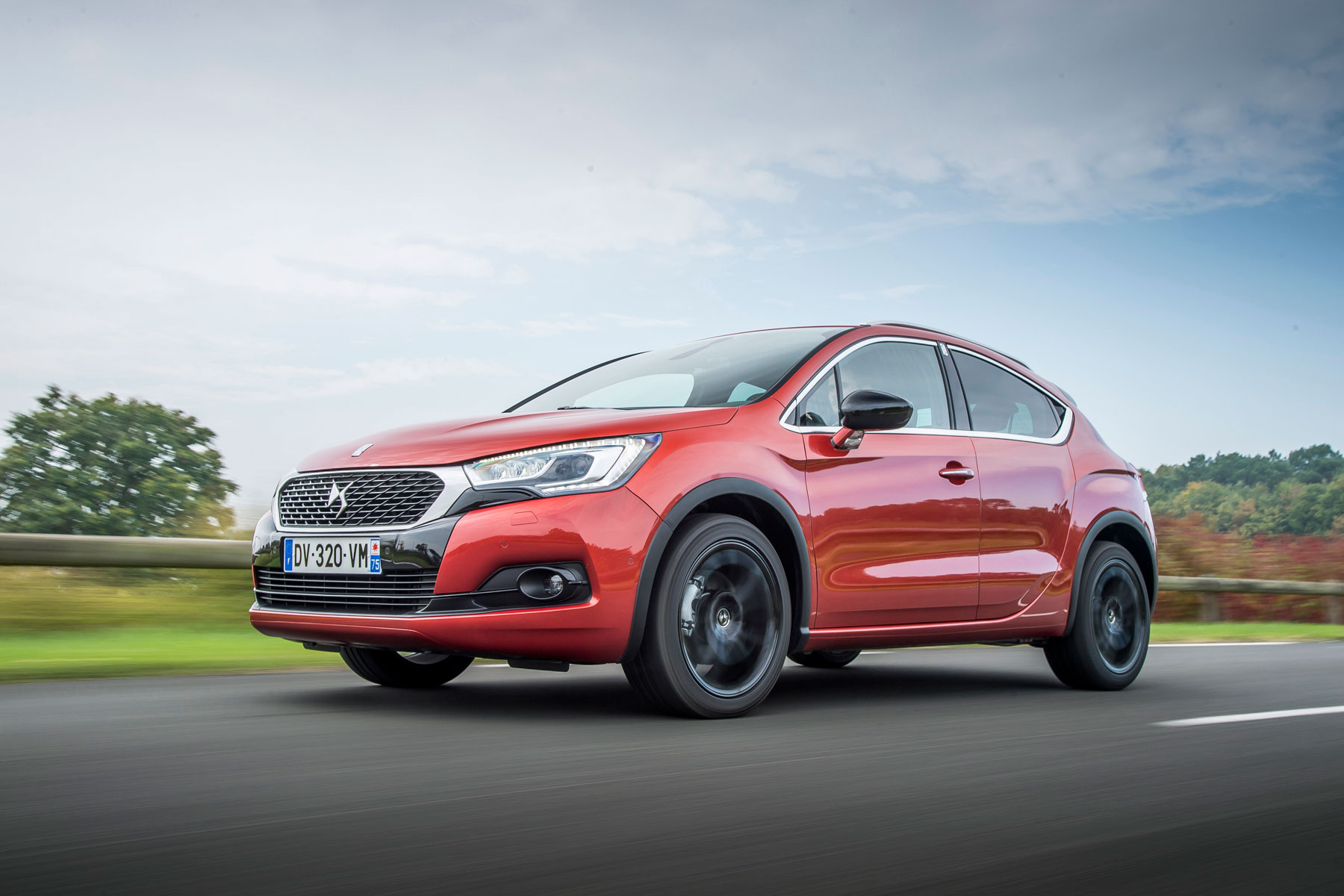 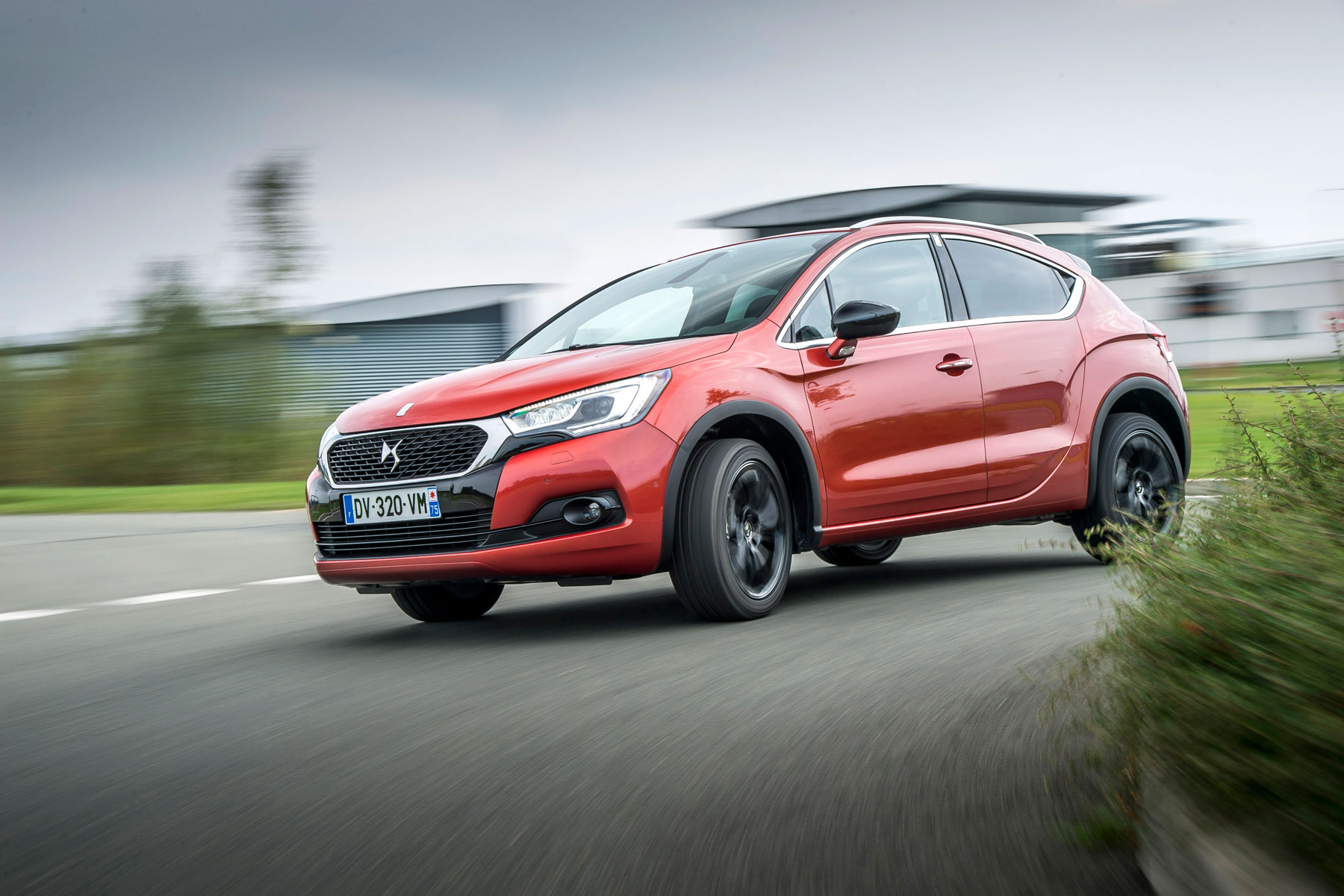 If you want ‘go-anywhere looks’, ‘go-anywhere style’ and a ‘go-anywhere stance’, the new DS4 Crossback could be the car for you. Those three references, which appear on the first page of the supporting press release, leave you in little doubt about this car’s credentials.

With crossovers accounting for 30% of the premium compact hatchback market, you can hardly blame DS Automobiles for jacking up the DS 4 in order to create the Crossback. It sits 30mm higher than the standard DS 4, adding wheel arch trims, a black nose, black rear spoiler, grey roof bars and 18-inch black alloy wheels.

DS is targeting customers ‘looking for urban and extra-urban adventure’, which essentially means you won’t want to be venturing too far off the beaten track in your DS 4 Crossback. You’ll also be happy to look beyond the Mercedes-Benz GLA, BMW X1 and Volvo V40 Cross Country.

The question is, can the DS 4 on stilts hold its own in this competitive and image-led sector? We went to France to find out. 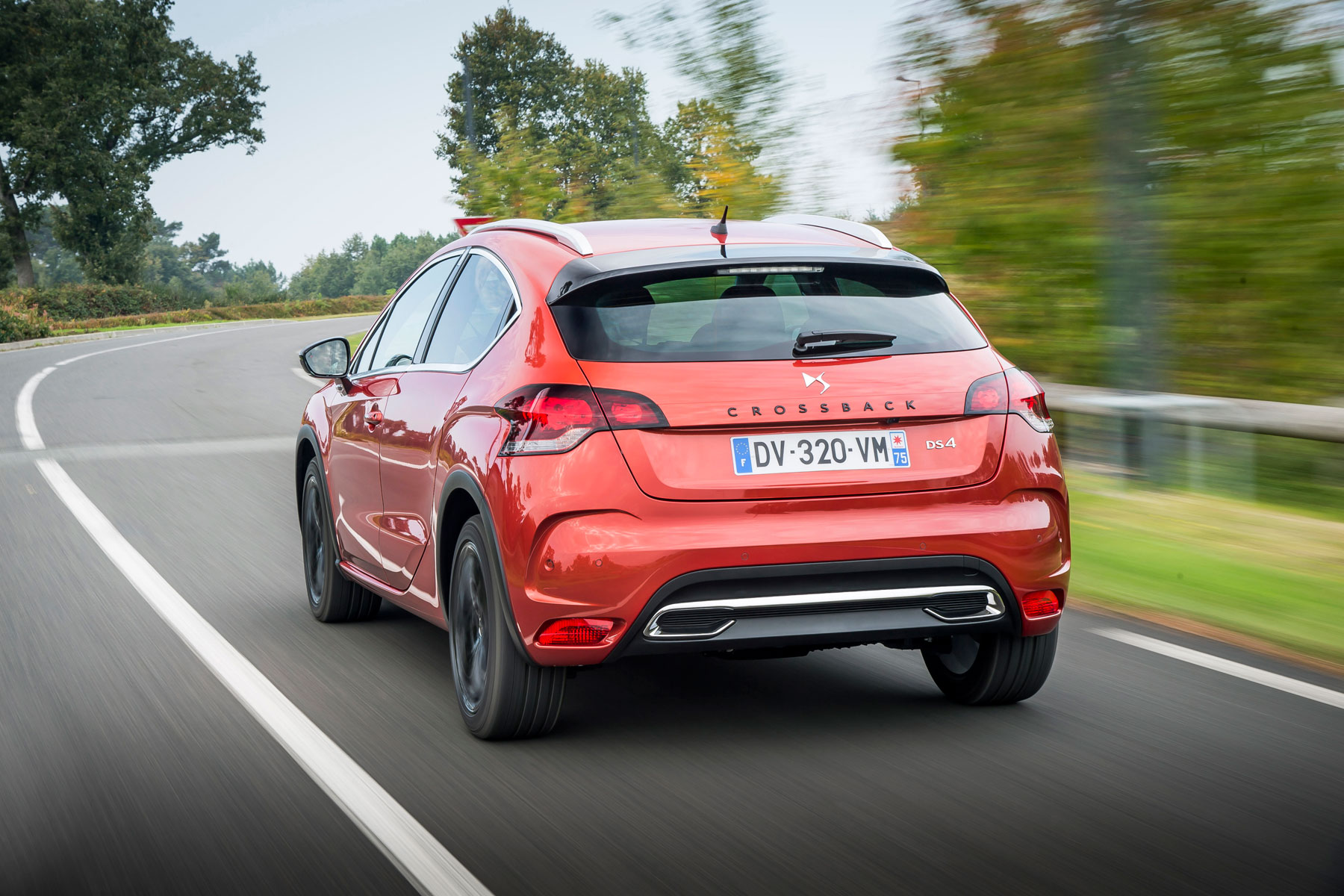 Our test car was powered by the BlueHDi 180 engine, offering 178hp and 295lb ft of torque. This engine is only available with the six-speed automatic transmission.

There’s plenty of mid-range torque, which makes for effortless cruising and overtaking, but the six-speed automatic transmission is the real party pooper. It’s often too slow to respond and the changes can be jerky, giving the DS 4 Crossback an unrefined feel.

As you’d expect from a jacked-up crossover, there’s plenty of lean when cornering hard, although there’s an almost comical level of grip. It creates a unique driving experience, which somehow seems suited to trips through the French countryside. It’s all well controlled and unashamedly wafty.

The increased ride height also cushions you from the all but the severest of bumps and the DS 4 performed admirably across a short if unchallenging off-road track. It’s undoubtedly smoother than the standard DS 4.

Sadly, the pay off created by the ride height and roof bars is a greater level of wind and road noise, making the Crossback feel less refined than the standard equivalent. Strangely, we also noticed some occasional vibration through the steering wheel and pedals, something that could also be felt by the front seat passenger.

On the inside, the DS 4 Crossback just doesn’t feel special enough. Without the optional full leather pack, which adds leather to the dashboard top, arm rests and centre console, the Crossback features too much in the way of hard plastic. 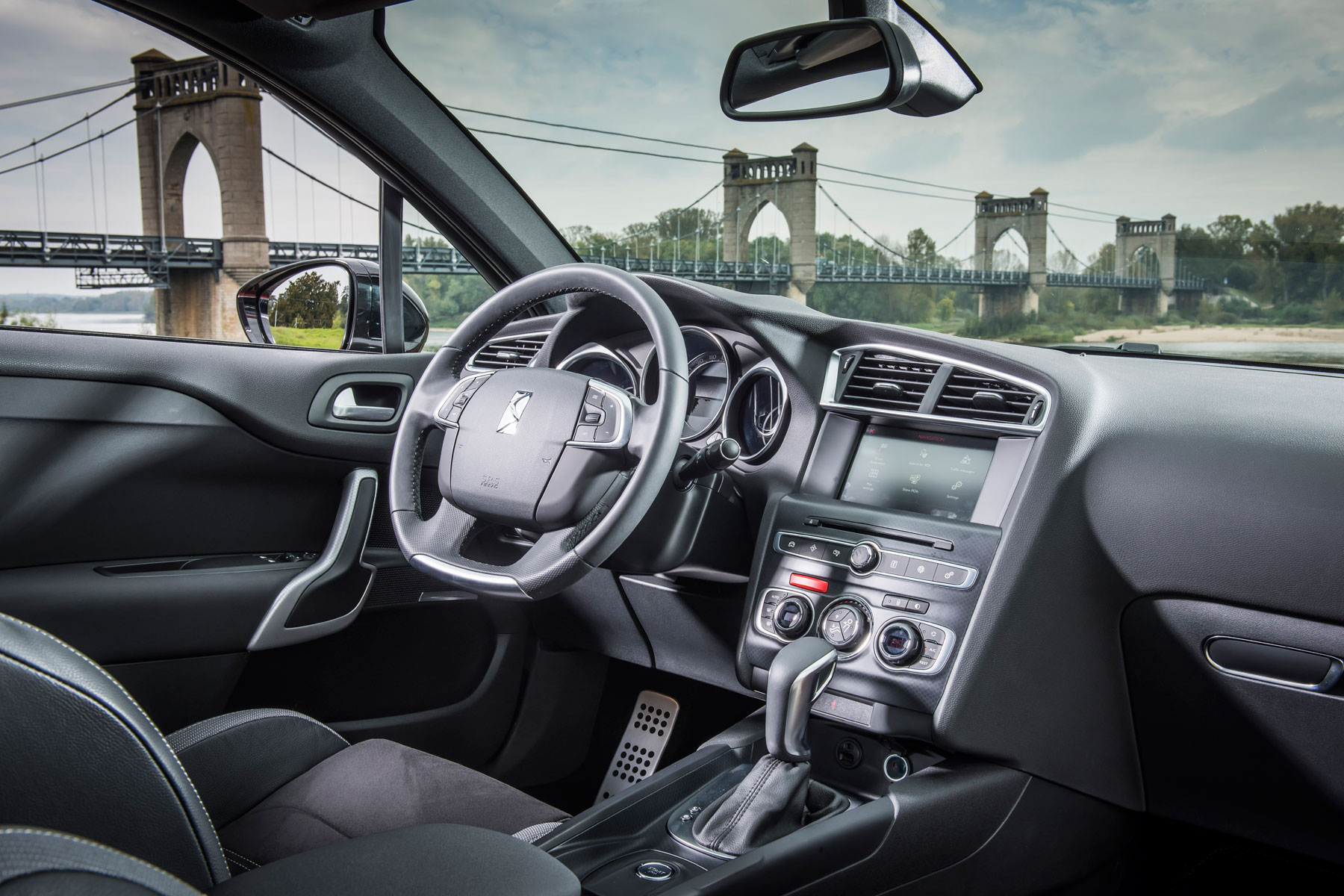 The buttons below the 7-inch touchscreen also feel cheap to touch and we can’t help but think they should be situated either side of the screen, which itself is looking dated. Some well chosen extras would improve matters, but the cabin is beginning to show its age.

Rear seat passengers will feel short-changed, with the sloping roof, black headlining, fixed rear windows and awkward point of entry creating a claustrophobic feel. The amount of head- and legroom is also limited, meaning the DS 4 Crossback feels every inch a coupe-hatchback, rather than a family car.

On the plus side, there’s 380 litres of boot space and a useful ski hatch through the rear seats. Sadly, the increased ride height simply adds to what is already a high boot lip. 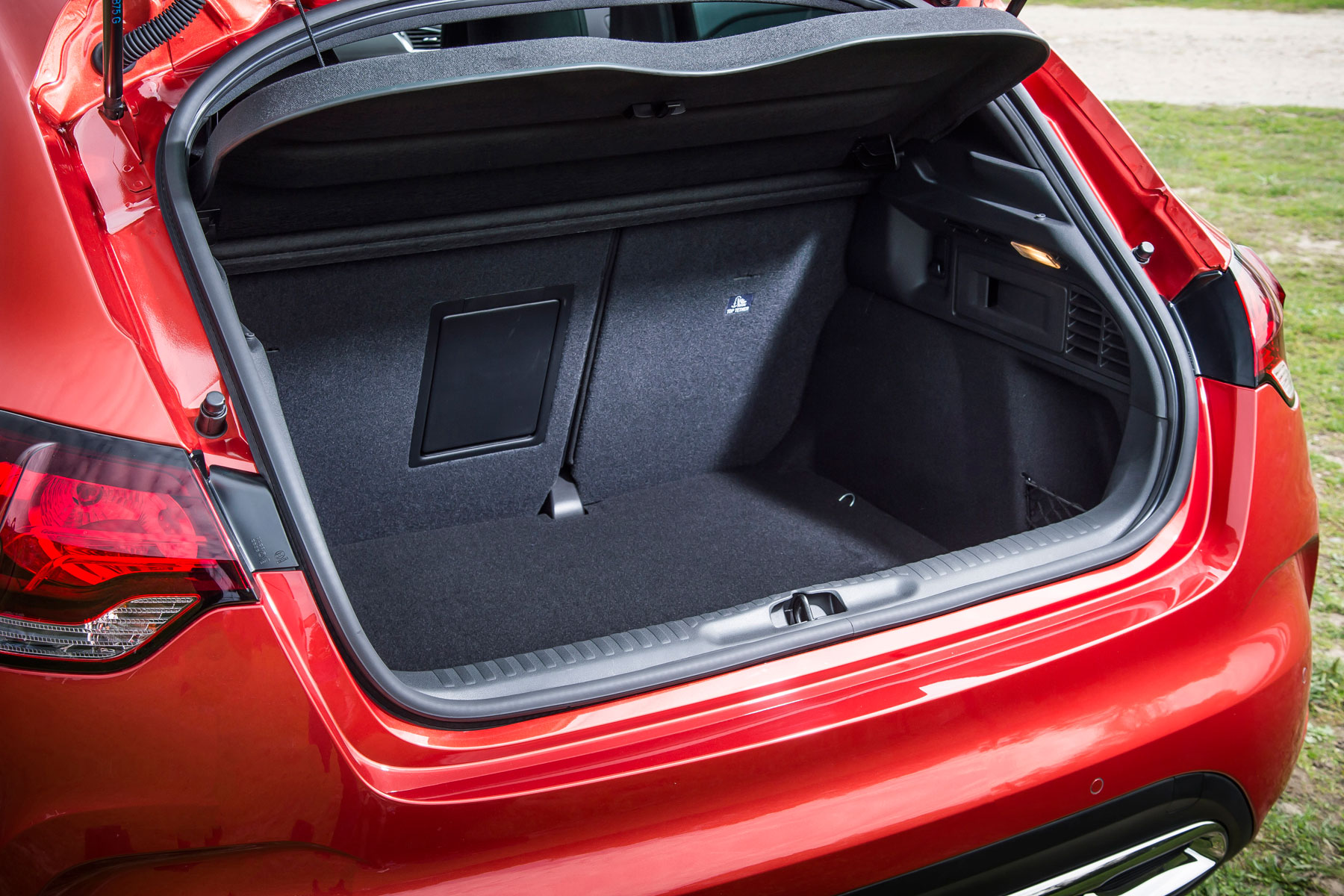 The DS 4 is also the first car within the DS/Citroen/Peugeot stable to offer Apple CarPlay. After some initial connectivity issues, it performed brilliantly and we remain big fans of CarPlay. Fear not, Android fans, because Mirror Screen will cater for you.

The Crossback is available in just one trim level, which offers a generous level of specification. Dual-zone climate control, keyless entry and start, rear parking sensors, cruise control, DAB digital radio, Bluetooth, sat nav and a rear parking camera are all fitted as standard. You’ll be needing that camera, as rearward visibility is awful.

The BlueHDi 180 diesel engine offers a claimed 64.2mpg on a combined cycle and 115g/km CO2 emissions. If frugality is your thing, the BlueHDi 120 engine offers 74.3mpg and 100g/km CO2 when mated to the six-speed manual gearbox and fitted with 17-inch alloy wheels. 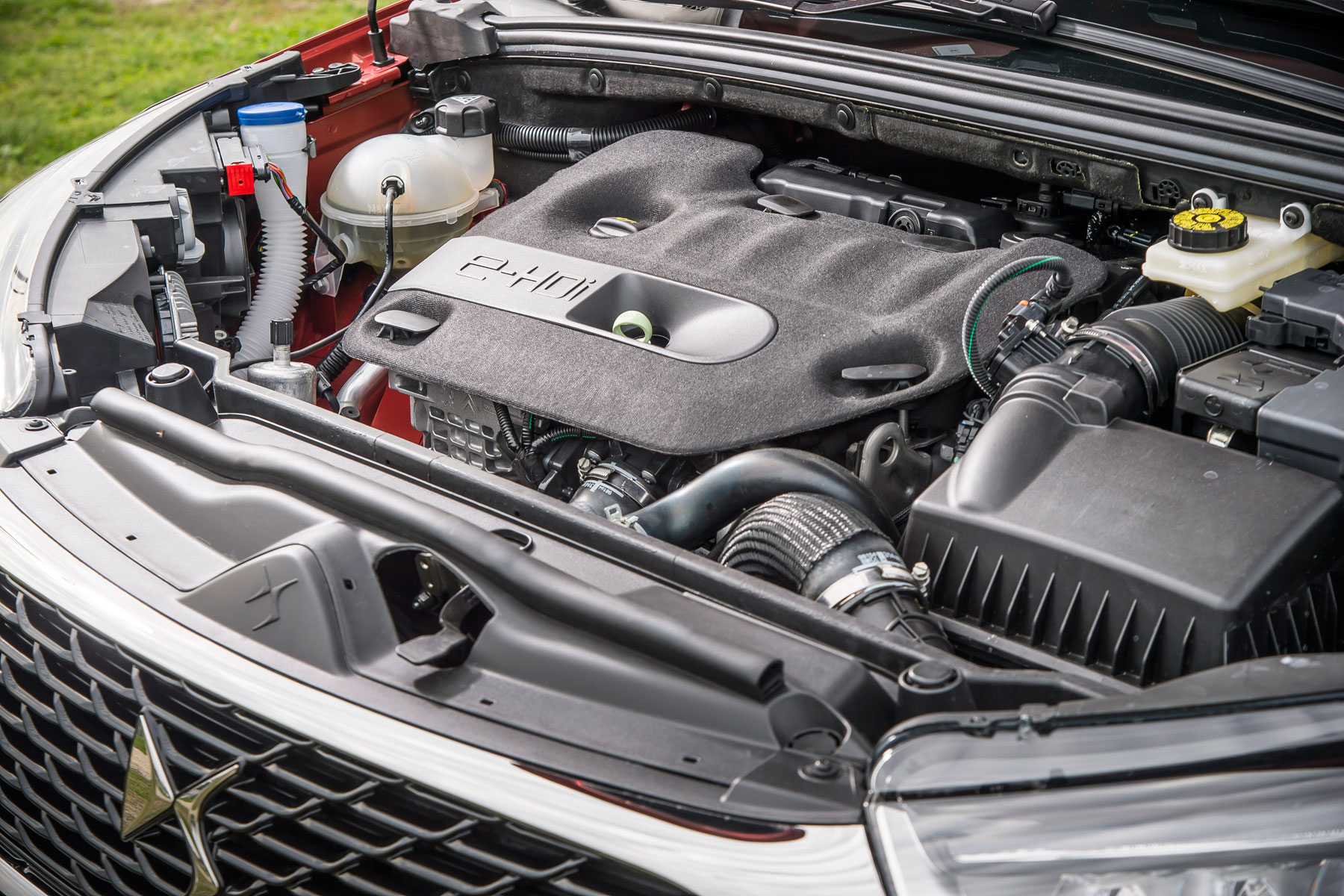 Prices start at £21,745, with our flagship test car costing £26,495. By way of comparison, a Mercedes-Benz GLA will set you back at least £27,385, making the DS 4 Crossback seem like exceptional value for money.

It’s easy to scoff at these faux off-roaders, but some extra ground clearance and an intelligent traction control system is all the majority of DS 4 customers will ever need. And in that respect the Crossback has been well executed.

The CROSSBACK letters spread across the tailgate, Crossback mats and door sill protectors, along with the aforementioned enhancements, give the Crossback genuine standout qualities over the standard hatchback. Customers will also appreciate the panoramic windscreen.

In truth, the DS 4 Crossback is merely a thinly veiled attempt to squeeze some extra life from an ageing product. The Crossback is a step in the right direction and a hint that we can expect big things from DS Automobiles. 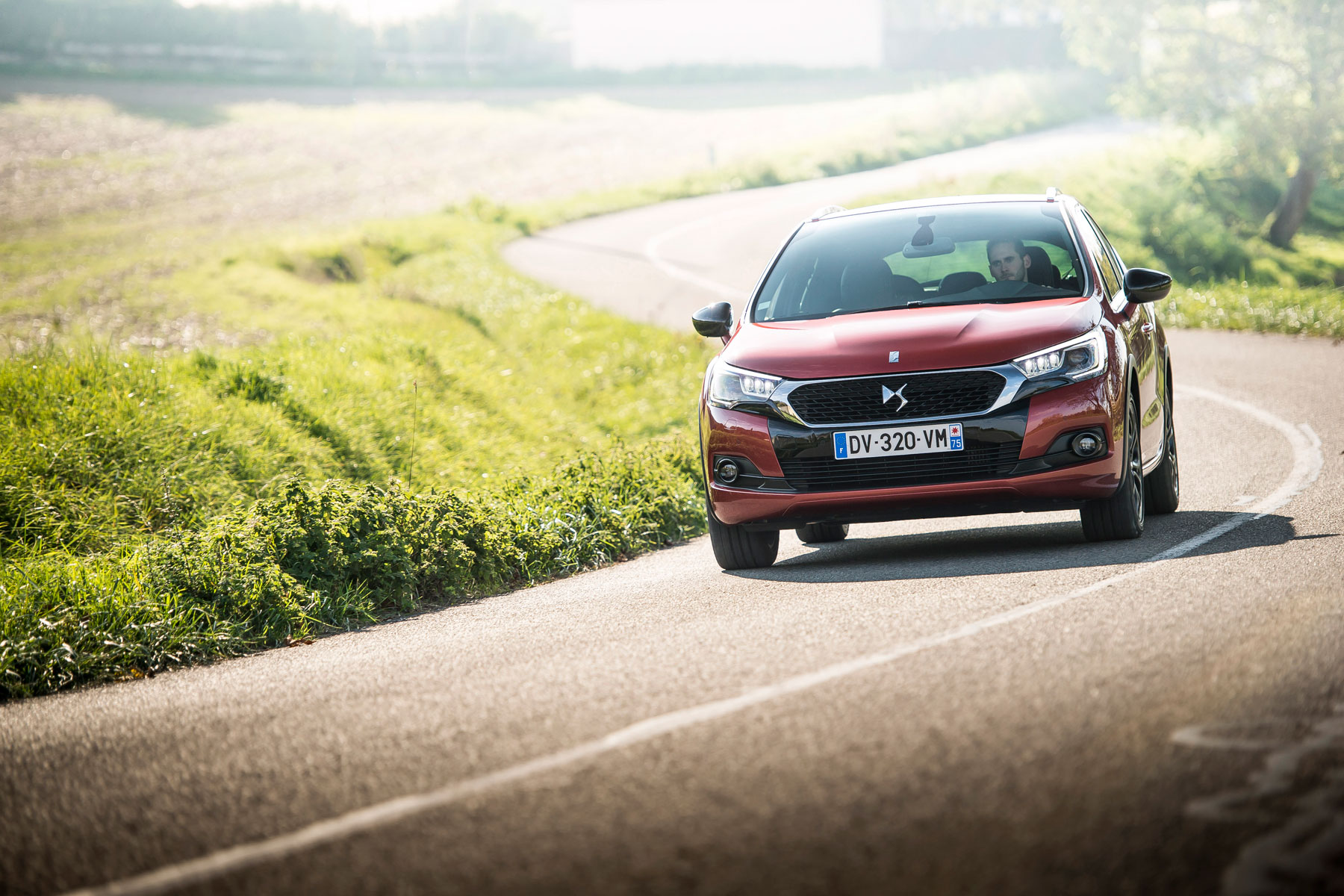