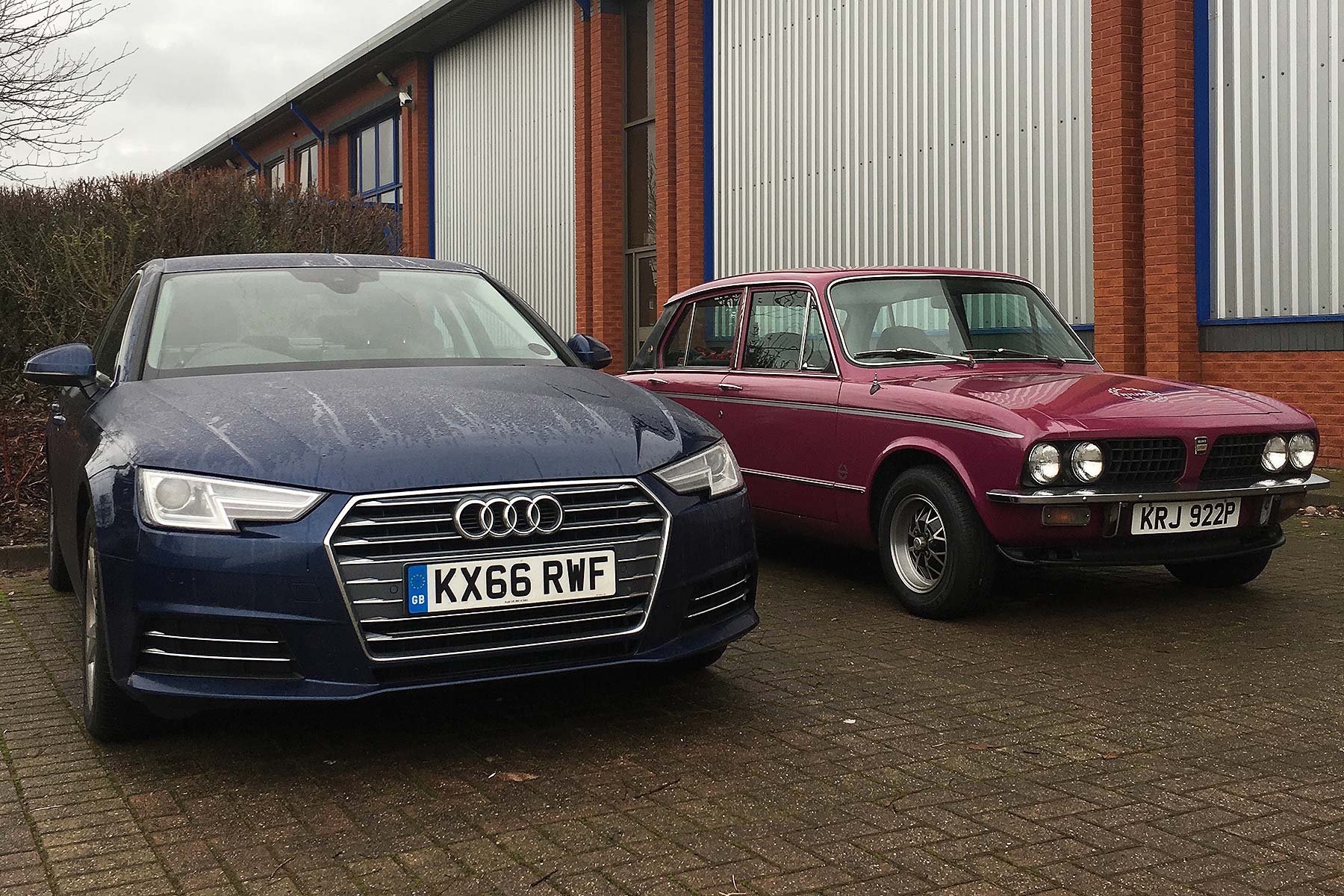 It’s over a year since dieselgate, the Volkswagen Group emissions scandal that looks to have already cost it tens of billions of pounds. And all to save a bit of dosh on TDI diesels for the North America.

The lawyers are going to argue about the repercussions for years, but the immediate implication is the castigation of diesel. Clean Diesel? Contradiction in terms, mate. Once again, you have to apologise for filling up from the black pump.

From nudging over more than half of the new car market, diesel’s share is dropping back as petrol is suddenly back on the choice list. And I’ve already jumped ship.

I had my pick of the new Audi A4 range this time round. How could I resist that V6 3.0 TDI? Or maybe the omnipresent and ever-strong 2.0 TDI? Nope, I’ve gone TFSI turbo petrol. And not only have I switched fuel, I’ve downsized in the process. 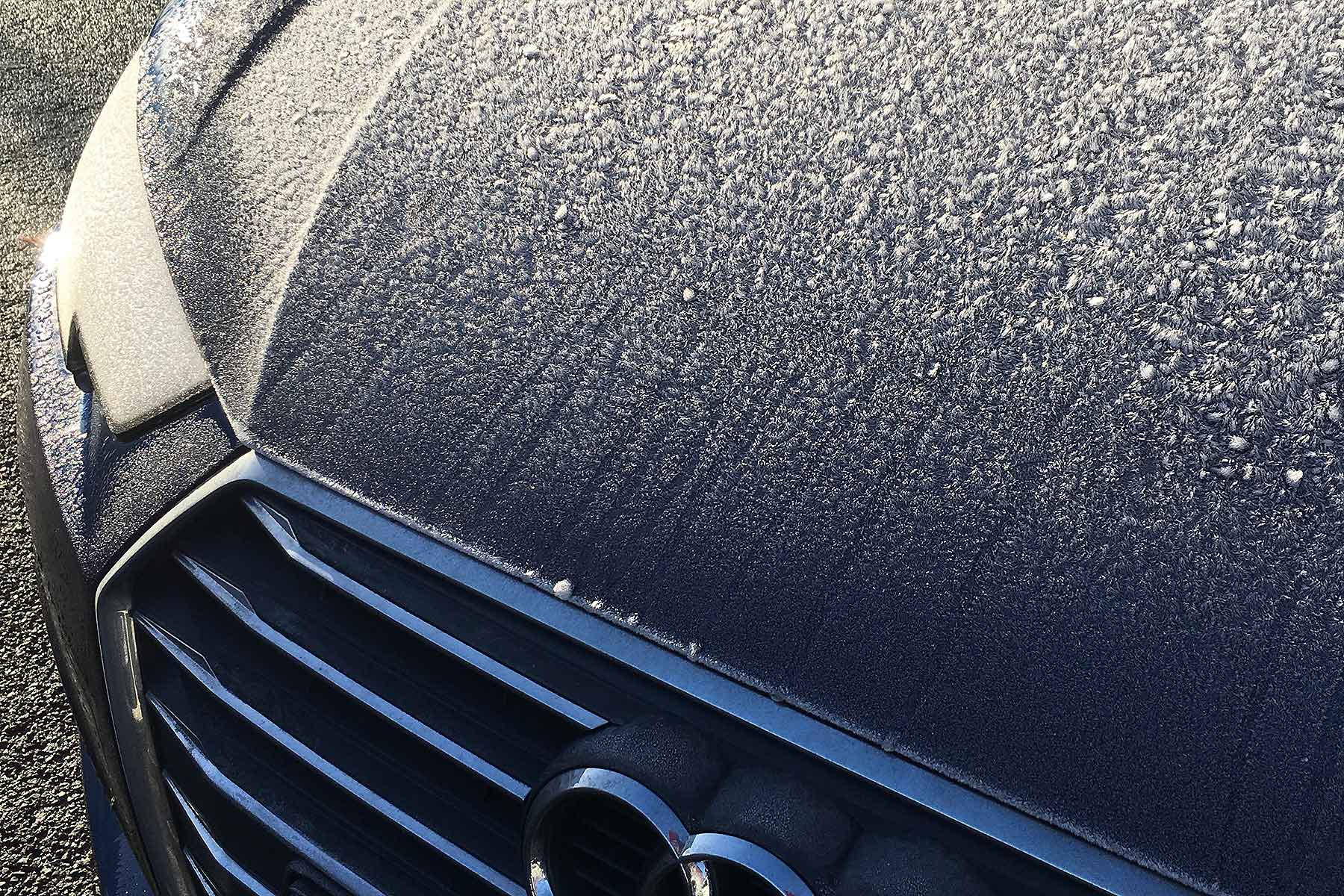 So, downsizing. Does it work? Not if you believe real-world economy tests, it doesn’t. Ford Focus Ecoboosts are meant to do 60-plus MPG. In my experience, I got 37mpg. And I’m far from a lead-foot. The Fiat 500 TwinAir is meant to be brilliant; it’s anything but. Go into any real-world MPG forum and you’ll find owners up in arms.

With all this in mind, how am I getting on with the A4? Really rather fine, actually. My fear was a Focus-style sub-40mpg disaster. The reality is easy-50s, with a high of nearly 63mpg during one relaxed run. On the motorway, it seems impossible in normal driving to get it under 50mpg; even press-on stuff delivers high-40s.

This is good news. Most of my mileage is long distance motorway stuff. Fleet drivers (or managers) wondering whether to make the jump can rest easy. With one proviso: in-town stuff. Here is where it seems to struggle. No matter what I do, 35mpg is the norm here. It seems this turbo petrol engine loves steady-state use, but when you start to run it up and down the gears in stop-start use, it suffers. Worth bearing in mind, users. 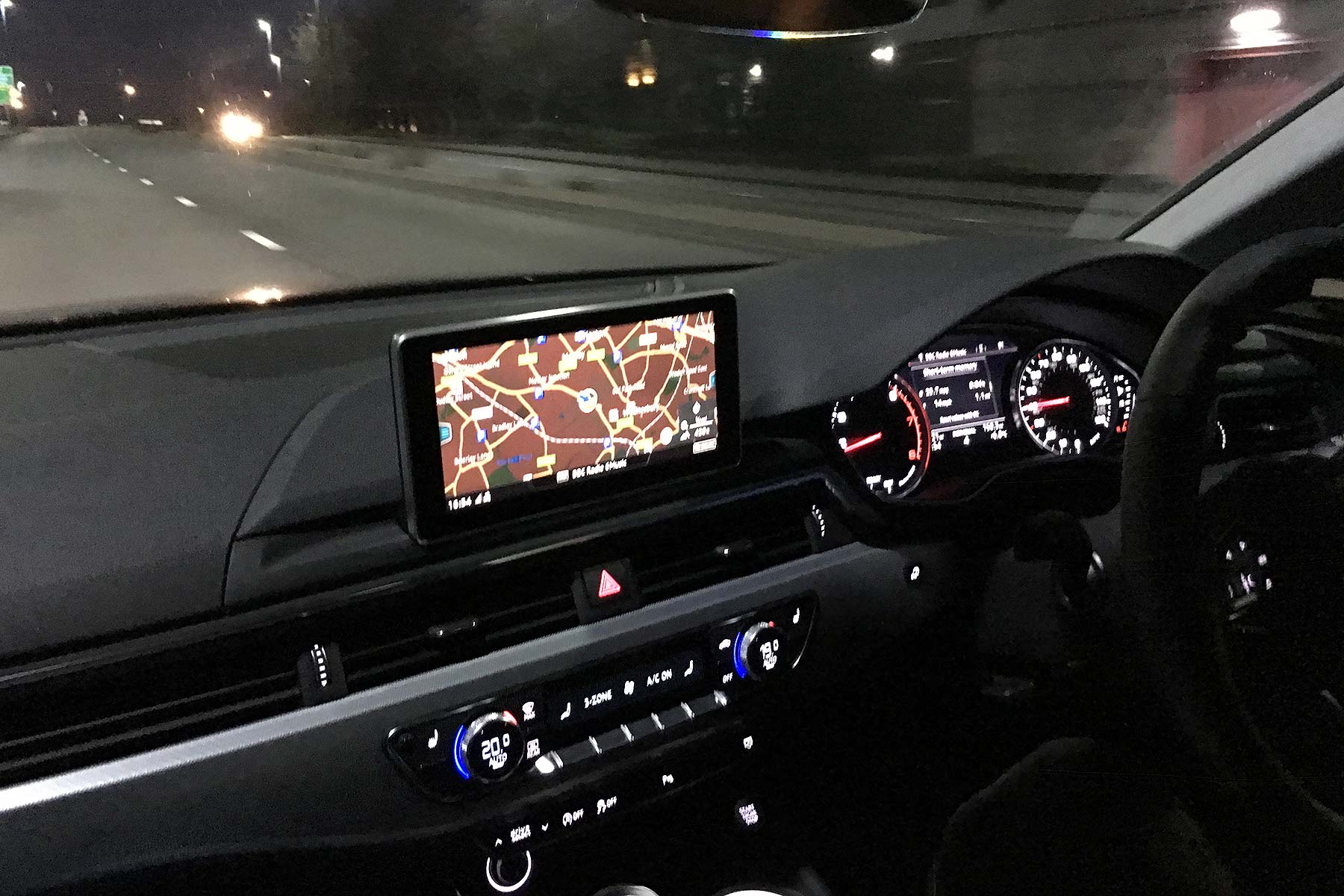 What about the rest of it – does it feel like an undersized, underpowered engine? Again, no. Thanks, primarily, to its punchy turbo power delivery. It’s reliant on the turbo, of course – if you let the revs drop below 1500rpm, it feels like a supermini engine in an executive-sized car. But once on boost, it approaches cooking diesel-like shove, and the more lag-free nature compared to a diesel is also nice. It’s a small, inertia-free engine, so it gets up to speed quickly.

On the motorway, again in normal use, it feels little different to any other turbodiesel. Apart, that is, from the extra running refinement. It’s a very smooth engine, without the vibrations of a diesel, so feels classy so long as you don’t extend it.

When you do run it through the revs, it sounds less convincing. It’s more strained, clearly more under pressure, and feels like a more highly-strung engine in a big car. I tend not to take it to the red line because it’s rather noisy, and the car itself feels strained and geared-up: it’s preferable to change up and ride the torque. 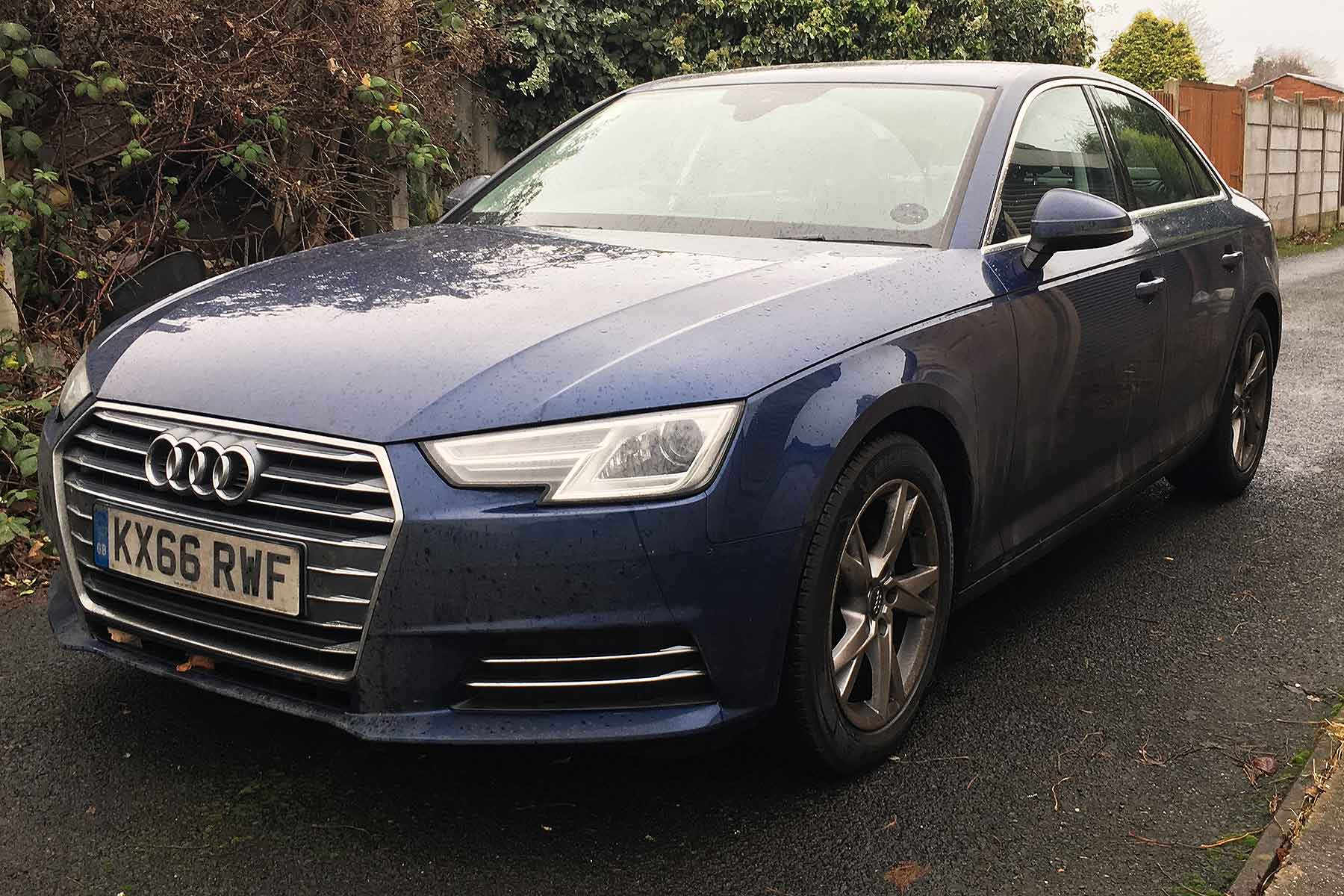 One more thing: it feels quick and powerful in everyday use. The reality is, when you press on, there’s not that much more in reserve. It’s a car that feels like a more powerful machine, until you call upon the power you think is there in the background, and discover it’s absent. The depth of performance isn’t as broad as, say, a 2.0-litre TFSI. Or, indeed, a 2.0-litre TDI.

I don’t mind so much though. Most of the time, it’s great. A downsizing surprise. It’s exceeded my expectations and is delivering the mileage that justifies my decision. In this instance, downsizing really is working. 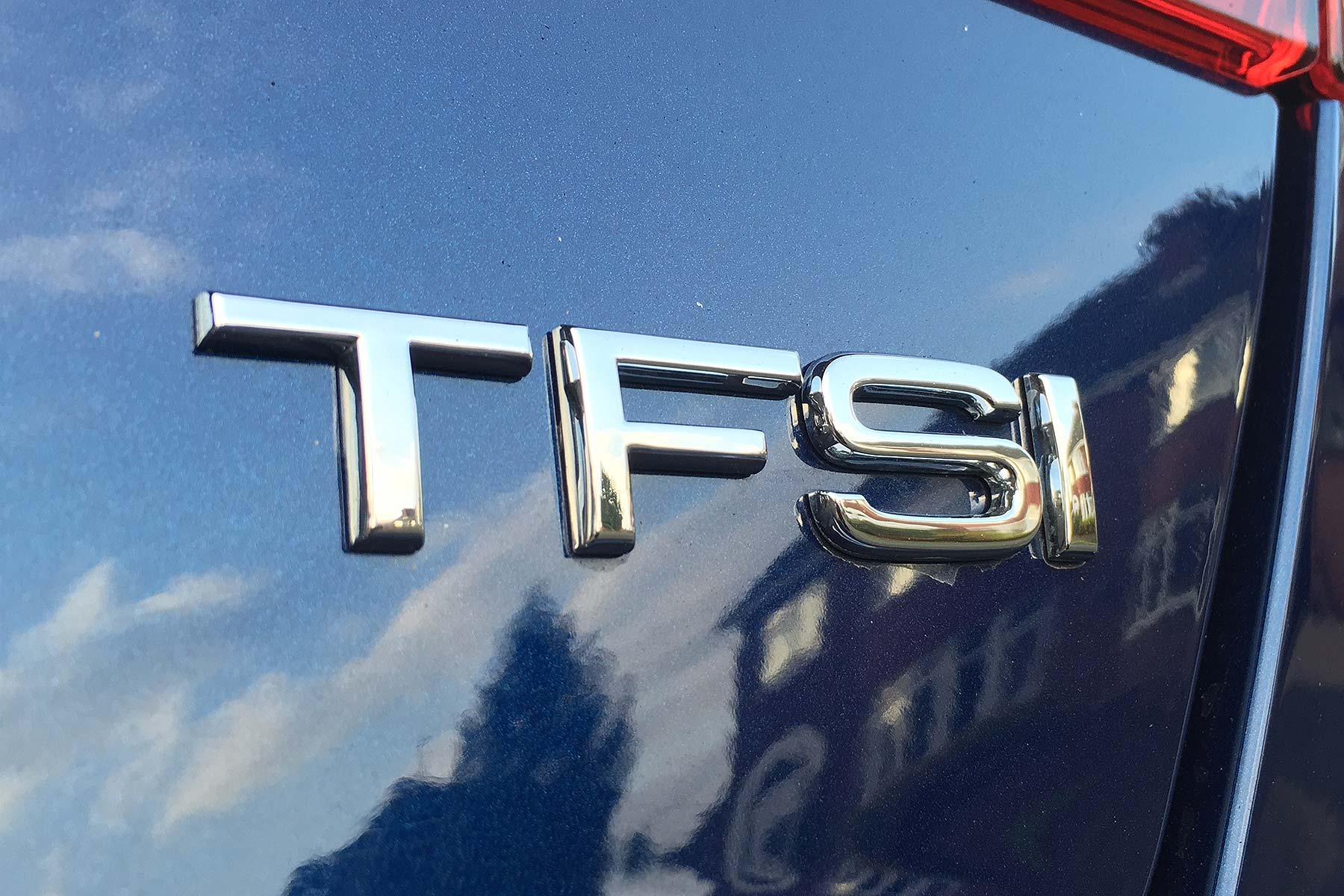 Yes, that is an Audi fitted with the engine from a Seat Ibiza. Yes, I have been questioning my wisdom, given the amount of motorway miles I drive. But there’s only one way to find out if such radical downsizing works, and that’s to give it a go for six months.

So here we are. First impressions? The new A4 is as sleek as I remembered from the UK launch event. No, it’s not a stylistic revolution, but the interior is certainly a quantum leap over the old one, and probably the finest automotive interior this side of £50k. Maybe £75k. It’s divine. 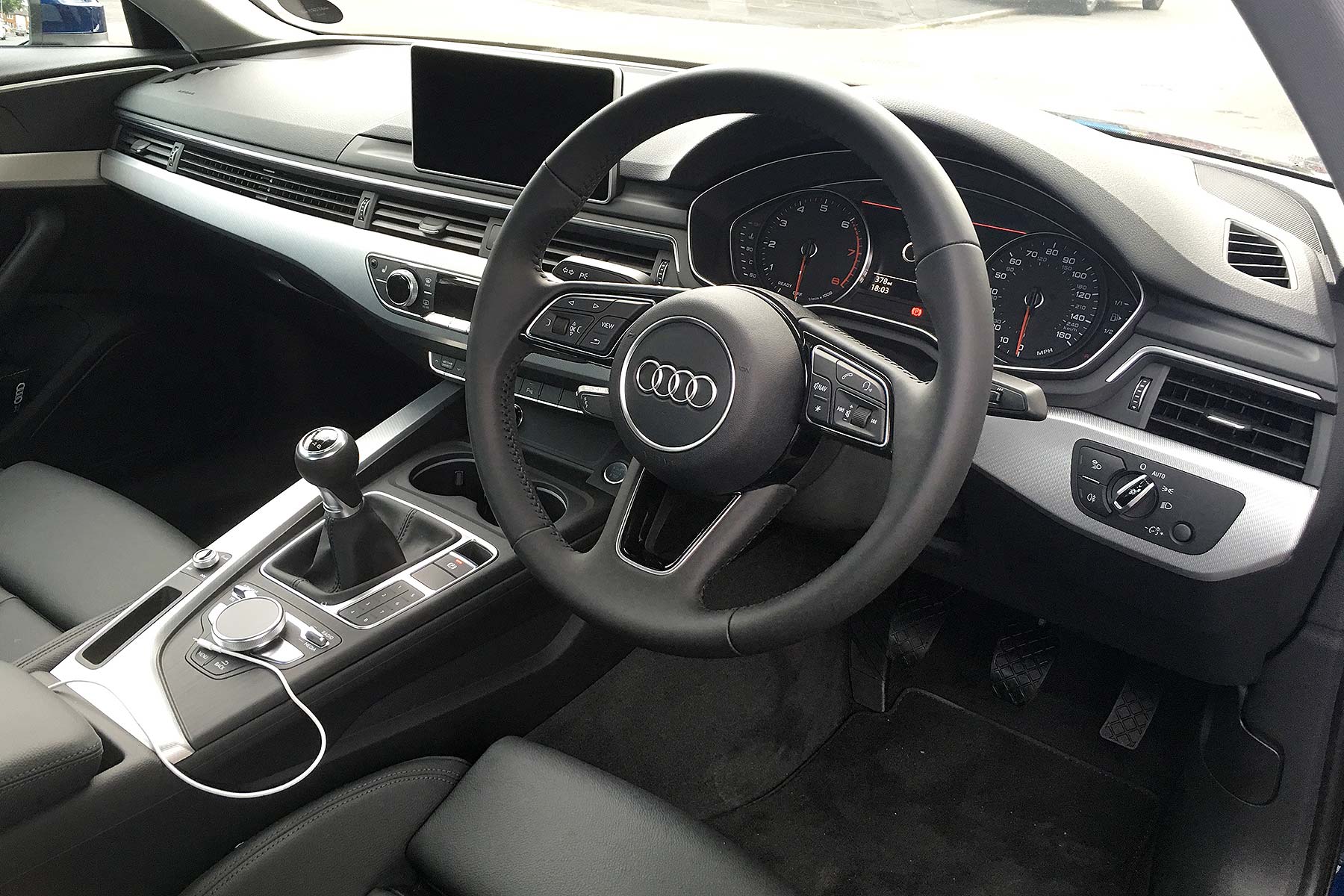 My chosen spec is Sport, which brings subtle and very Audi-like enhancements, such as more chrome at the front end and a neat set of 17″s. I like subtle colours and blue cars, so I went for subtle blue and, sparkling-fresh with just over 100 miles on the odo, it looks pure class. 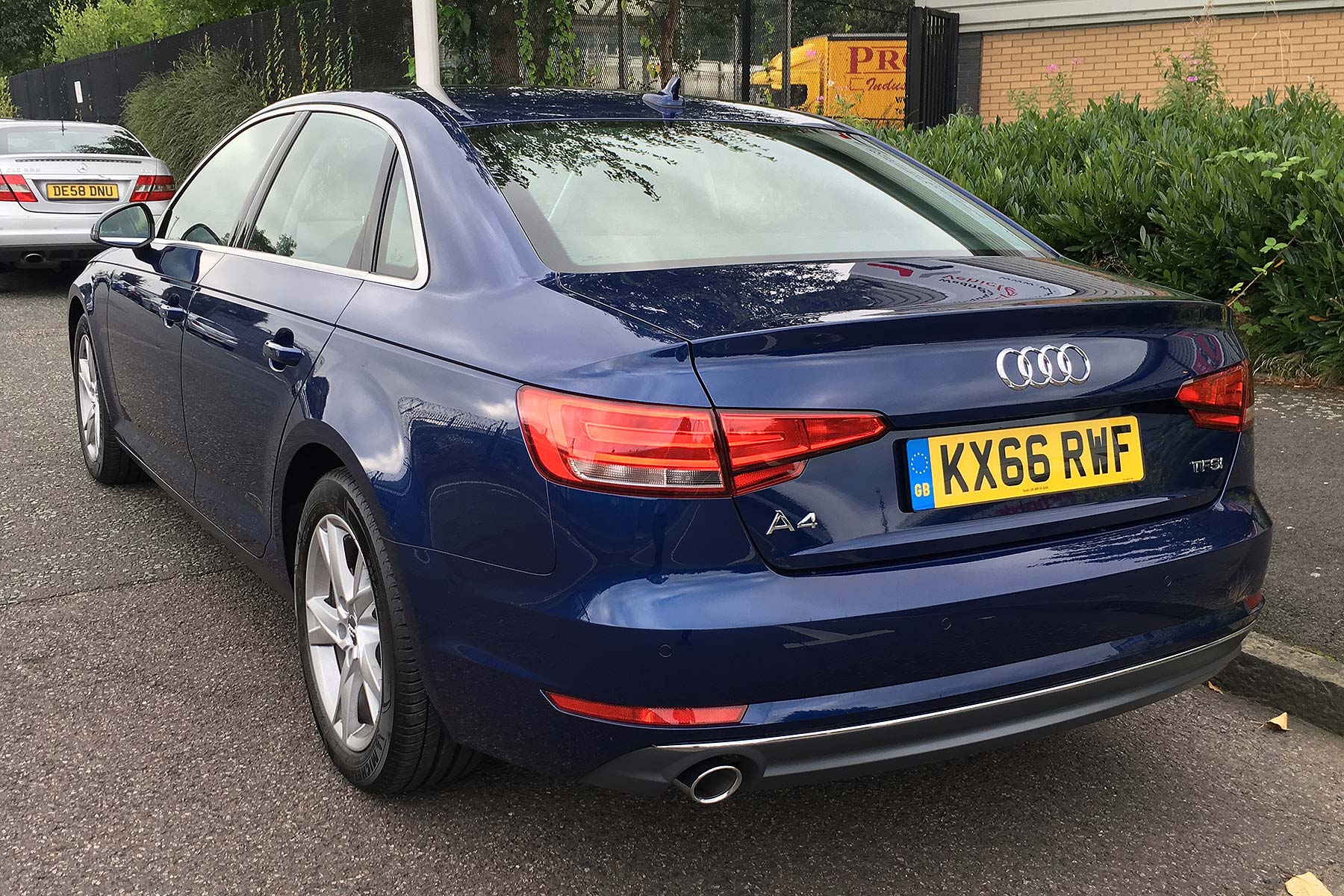 And it certainly doesn’t feel like it’s packing a tiny over-boosted engine during the relaxed use I’m currently giving it. You’d swear it’s a 1.8T, not a 1.4T, and the turbo install has been tuned such that the desperate dependence on the turbo you sometimes sense in, say, a 1.0T Ford Focus is barely a factor here. It feels natural. It feels like it could work, you know.

I’m now going to find out, after following the handbook to the letter and running it in gently: no more than 4k revs, no labouring at low revs, no use of more than three-quarters throttle. The next owner will thank me, I’m sure.

Getting over 1,000 miles won’t take long, mind. Come back in a few weeks for an update.

Oh, and you didn’t think I’ll leave a long-term update without mentioning economy, did you? Of course not. And first signs are looking good… 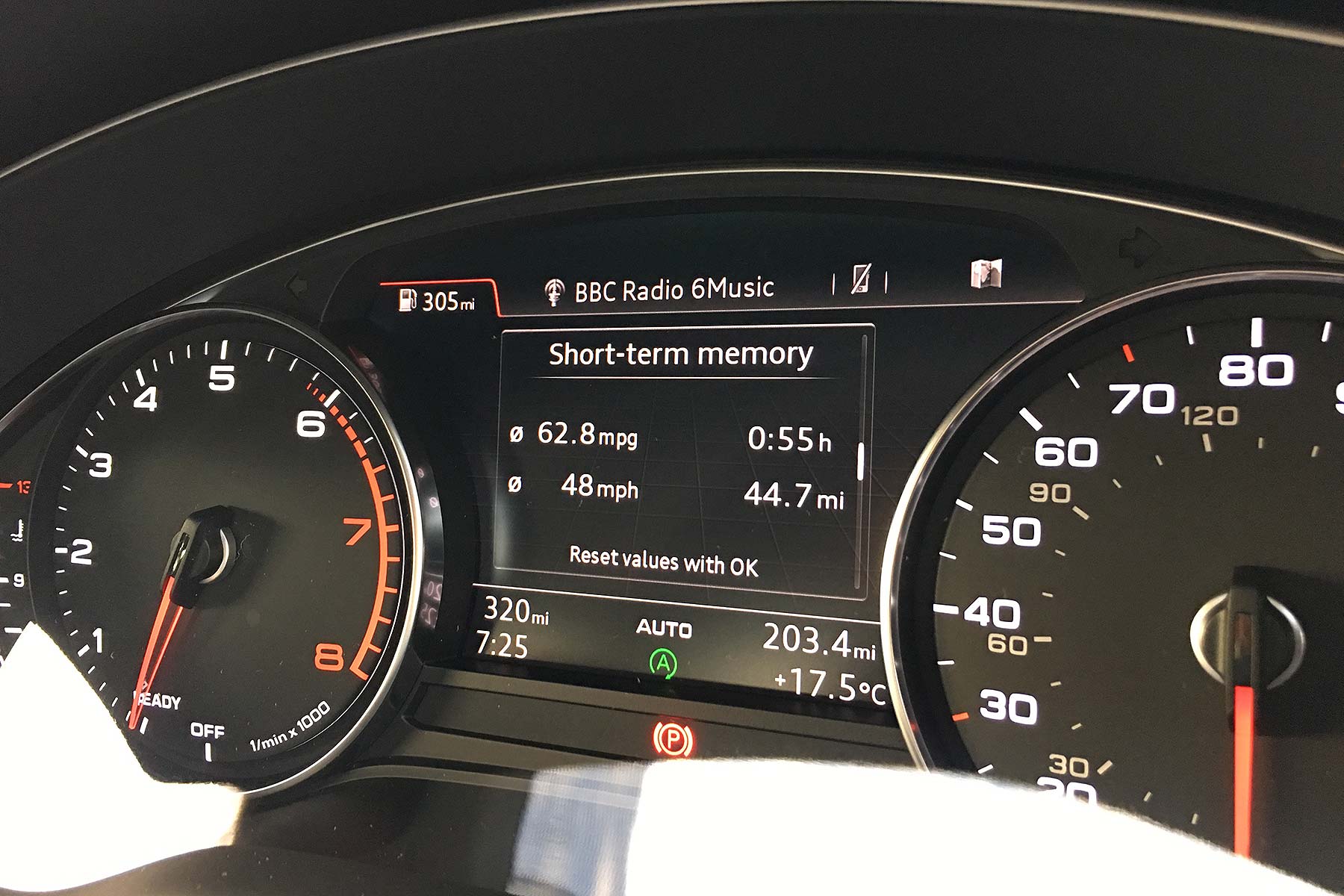