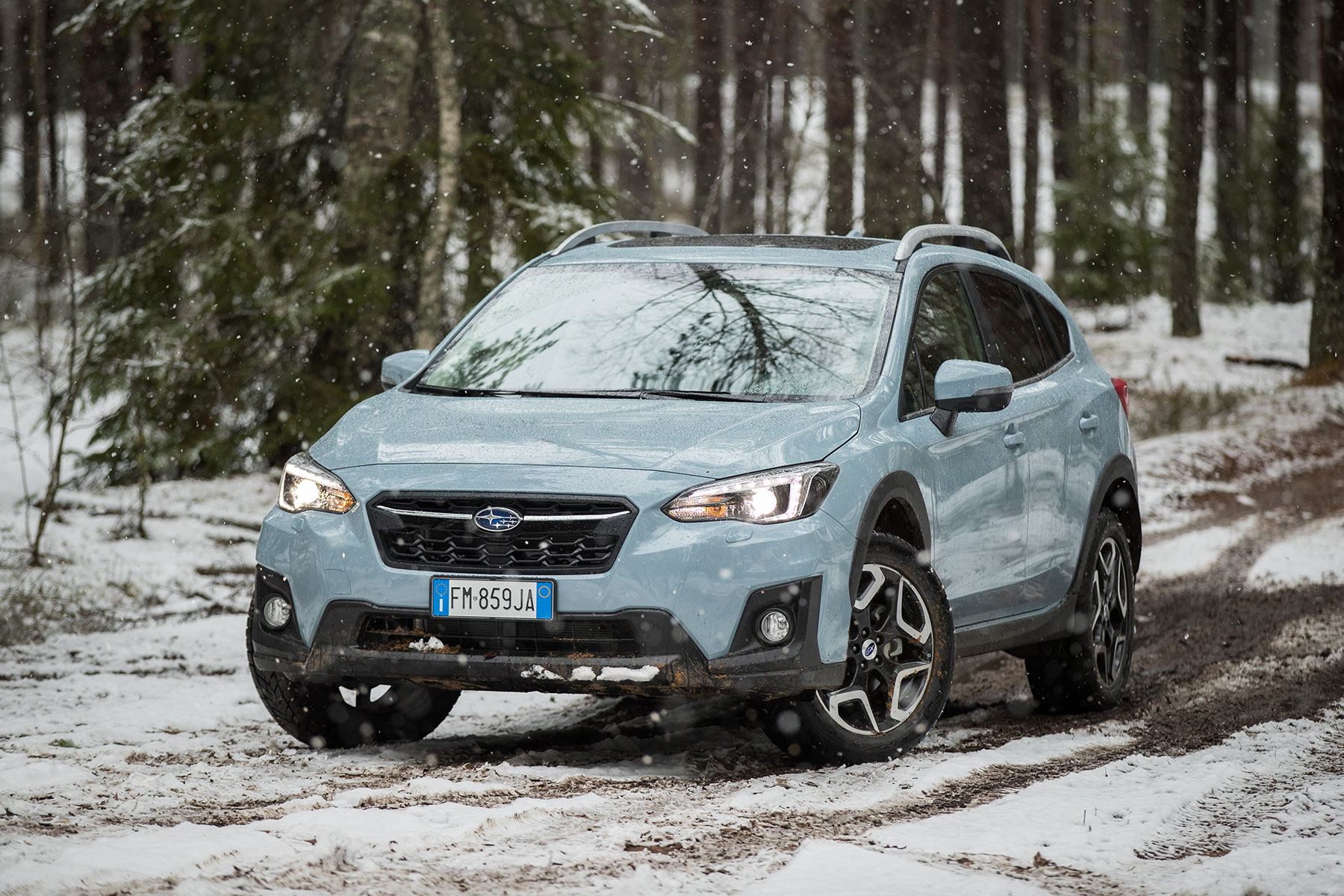 The Subaru XV is the antithesis of the Nissan Qashqai. It’s a car that shrugs off concerns of image, bought by the kind of people who care more about space for their labradors than how low the monthly PCP payment will be. The firm has no shame in positioning itself where Land Rover was a few years ago: selling no-nonsense four-wheel-drives for those who care more about capability than how they look.

The outgoing Subaru XV has been on sale in the UK since 2012. If you’re not familiar with the XV – or indeed, any of Subaru’s range – then don’t worry. Subaru itself is the first to admit that it does things differently to everyone else, and that means it can be difficult to place its line-up against competitors.

Subaru is keen to position itself as predominantly an SUV brand. Sure, there are anomalies (the GT86-twin BRZ and recently replaced Impreza, to name two) but the hot WRX STI that most of us picture when we think of Subaru is facing the axe. At the core of the Subaru range are its SUVs: the small XV, medium Forester and large Outback.

The new XV follows the Impreza in gaining Subaru’s new global platform, and is set to become the firm’s best-selling model in the UK. 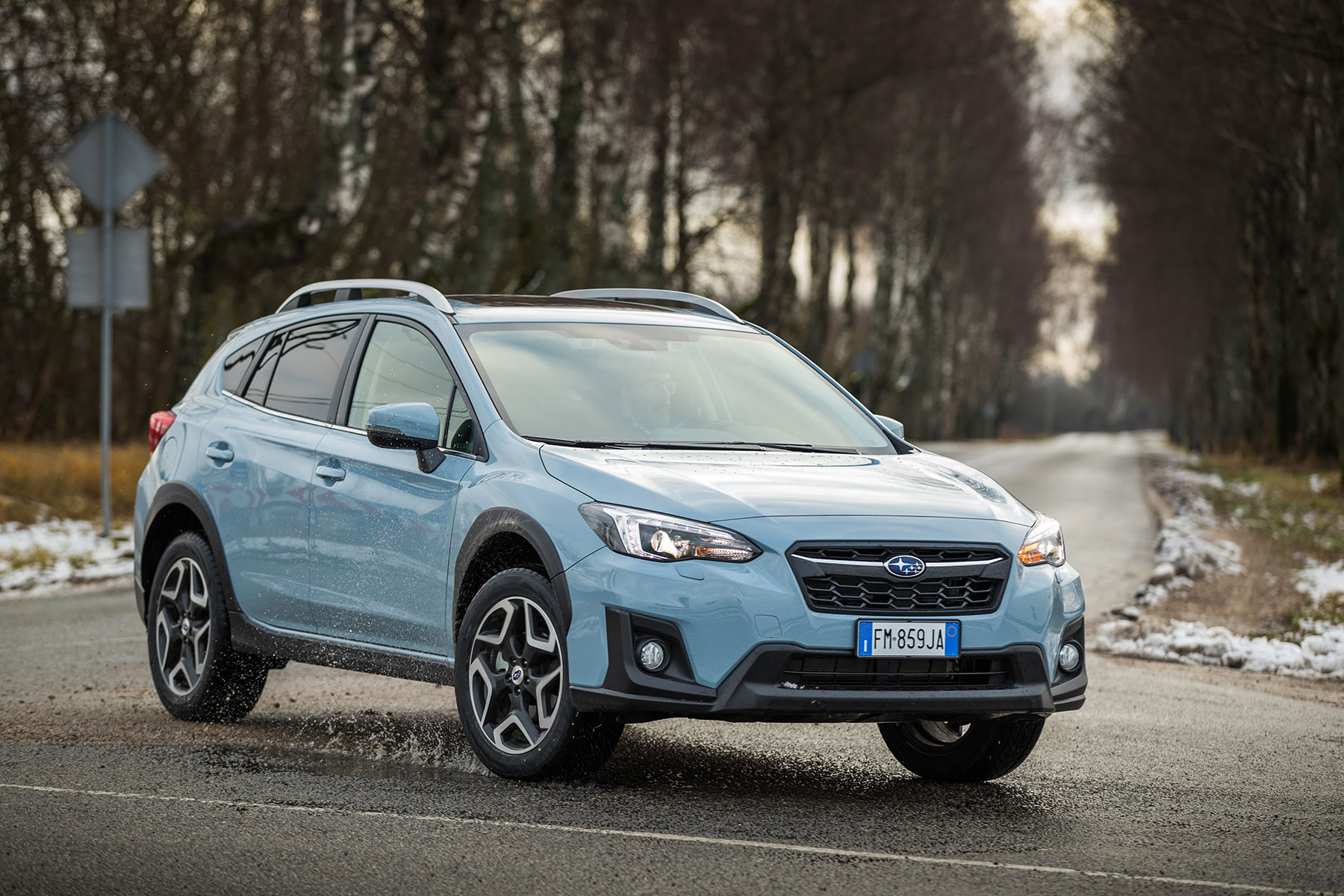 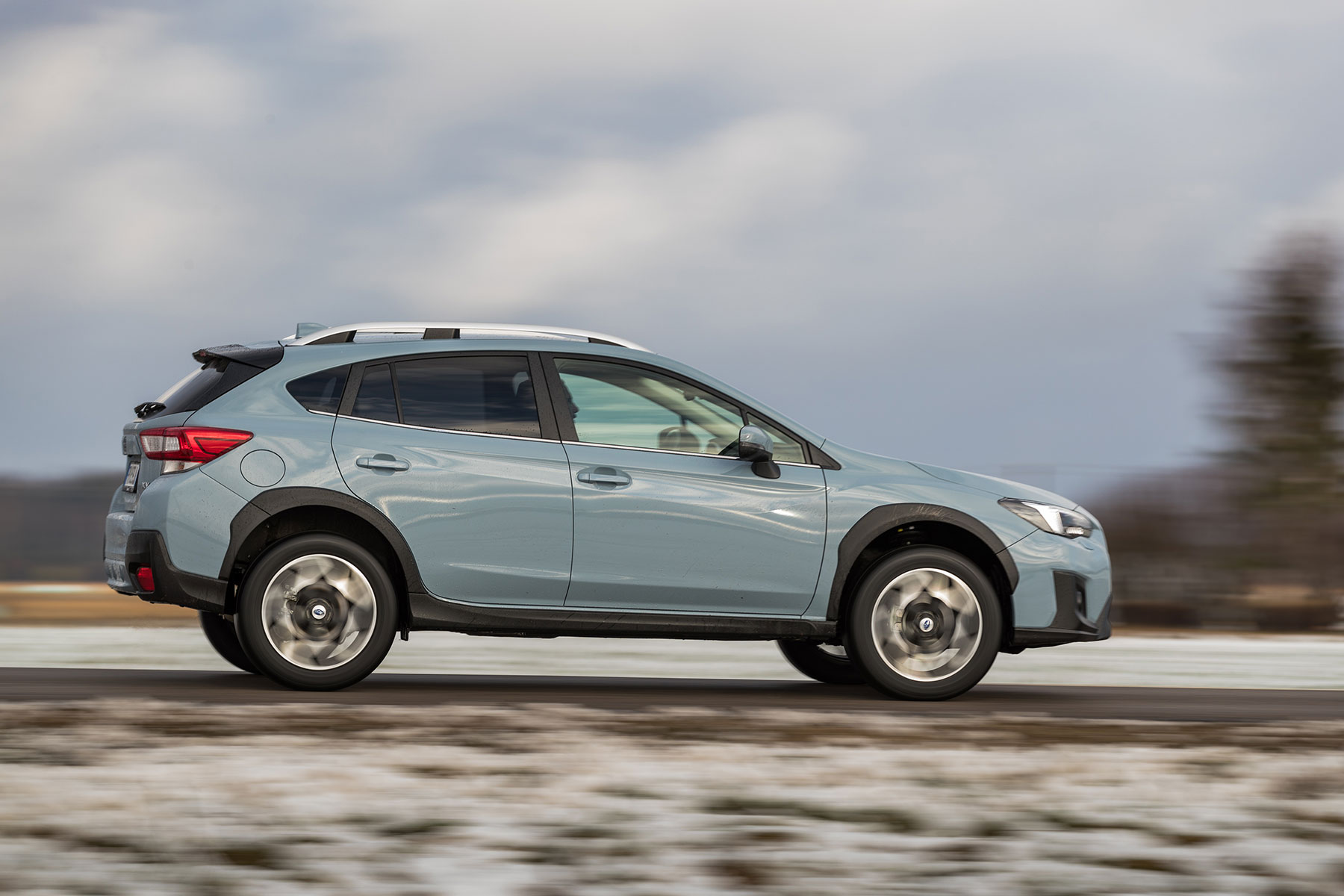 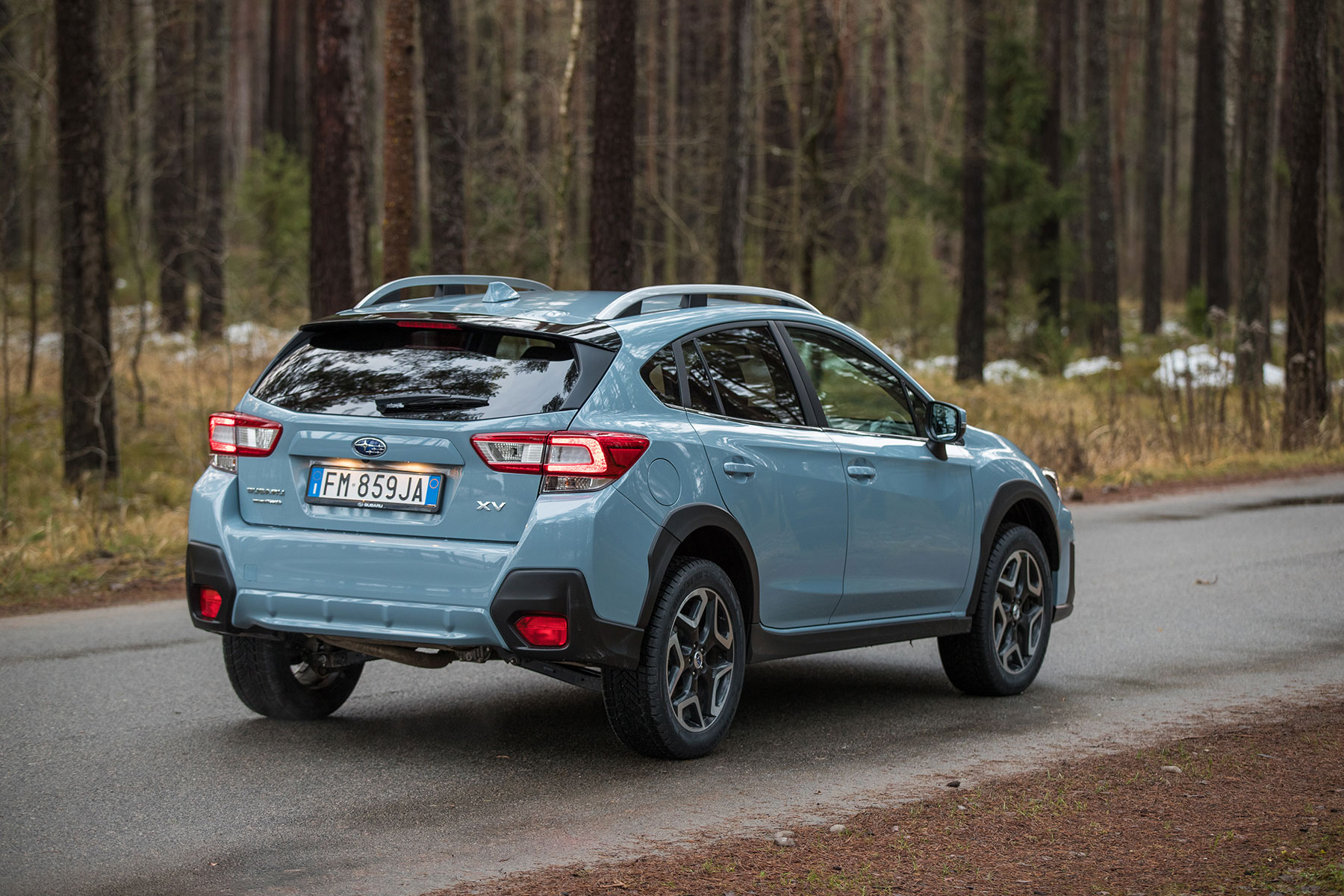 If you imagine a car company divvying up the budget for the development of a new model, Subaru definitely allocated the majority of the cash to its engineering department rather than design. It’s not a looker, in our eyes (and you may struggle to tell the difference from the old XV), but it certainly looks like it means business. The front end is apparently meant to reflect the boxer engine behind it – we’ll let you decide how successful that is. The rear, meanwhile, is wider, enhancing its almost-a-hatchback appearance.

While many rivals, and indeed the outgoing XV, try to look bigger and more SUV-like than they really are, the new XV almost does the opposite. At 1,570mm high, it’s no taller than its predecessor, and lower than the Nissan Qashqai and Skoda Karoq. Despite this, it boasts an impressive 221mm of ground clearance, giving it a sort of ‘Impreza on stilts’ appearance. 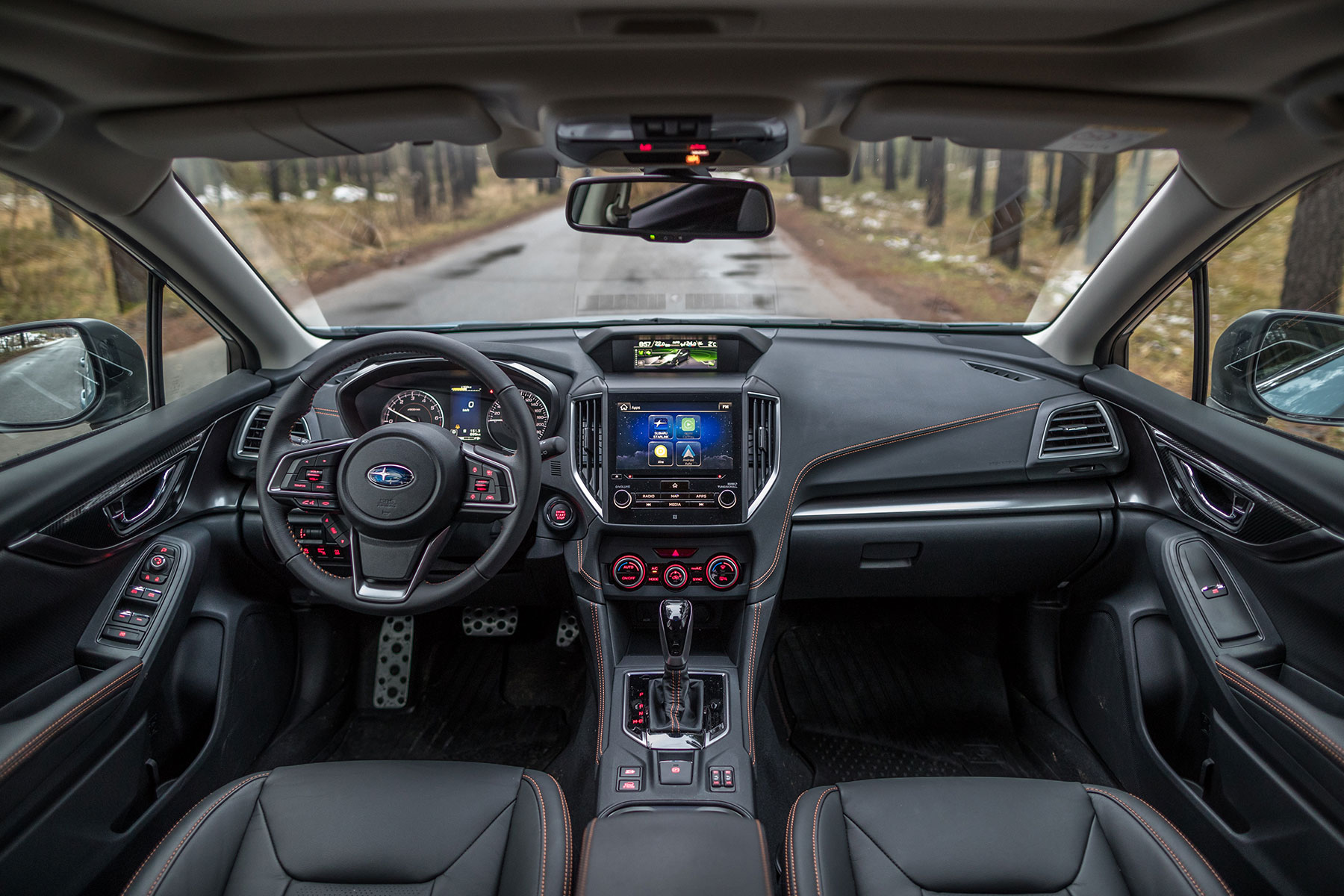 There’s been a bit more cash spent on the interior, but we’ll stop short of calling it ‘premium’. The brand itself highlights the lack of soft-touch materials in the cabin – you wouldn’t want your aforementioned labradors scratching the arm rests within weeks of taking delivery, would you?

While you’re going to be disappointed if you compare it with the new Volvo XC40, the interior of the Subaru XV is very much fit for purpose. It’s practical, with an extra five litres of boot space and a wider opening compared to the old model, and there’s plenty of space for front and rear passengers. Visibility is excellent, and we spent several hours in the seats without any complaints.

There’s a new eight-inch touchscreen infotainment screen with DAB radio, as well as Apple CarPlay and Android Auto capability. It’s intuitive enough to use, if not up to the standards of some upmarket rivals. 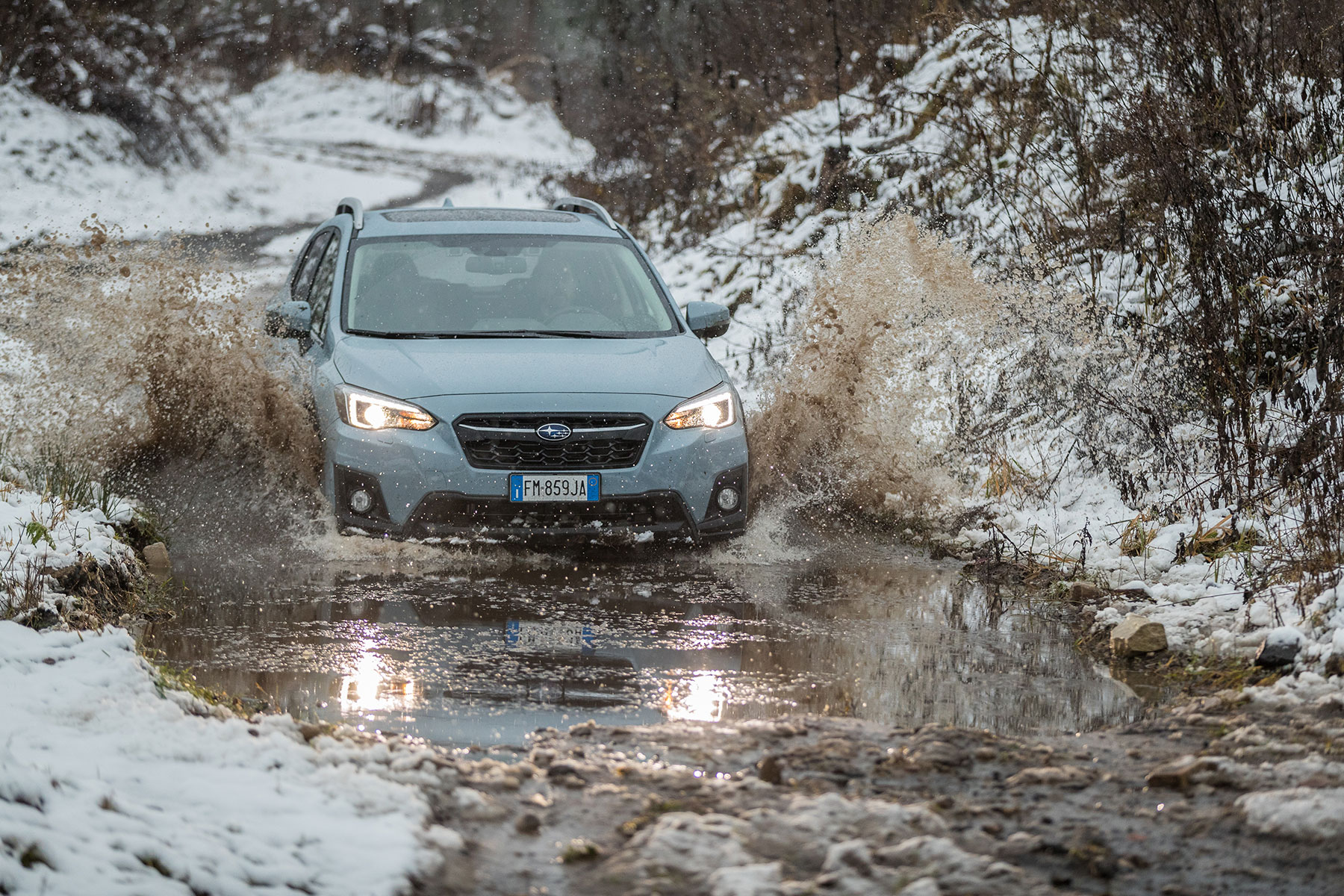 There’s a very simple Subaru XV line-up in the UK. Buyer’s get a choice of two engines: both petrol, 1.6-litre and 2.0-litre. All XVs will come with a permanent four-wheel-drive transmission and a ‘Lineartronic’ CVT automatic gearbox.

We’ve only driven the 2.0-litre model, which Subaru estimates will account for at least 80 percent of sales, and found it to be reasonably refined. It’s a boxer engine, as per Subaru tradition, which the firm says brings various advantages: reduced vibration and noise thanks to its greater balance, as well as a lower centre of gravity thanks to the engine being mounted lower in the car.

Of course, some of those advantages disappear when paired with the CVT gearbox. Floor it, and there’s that tell-tale CVT noise as you ask for all of the power at once, but most post-WRX Subaru buyers won’t be driving quite so aggressively. It’s not the most unpleasant CVT ’box to use, either, with fake gear ratios mimicking a conventional auto transmission.

While buyers outside of Europe get the option of a six-speed manual gearbox, Subaru has no plans to offer that here in Blighty. The CVT gearbox is required for Subaru’s autonomous safety systems (packaged under the ‘Eyesight’ brand) to work to their best. 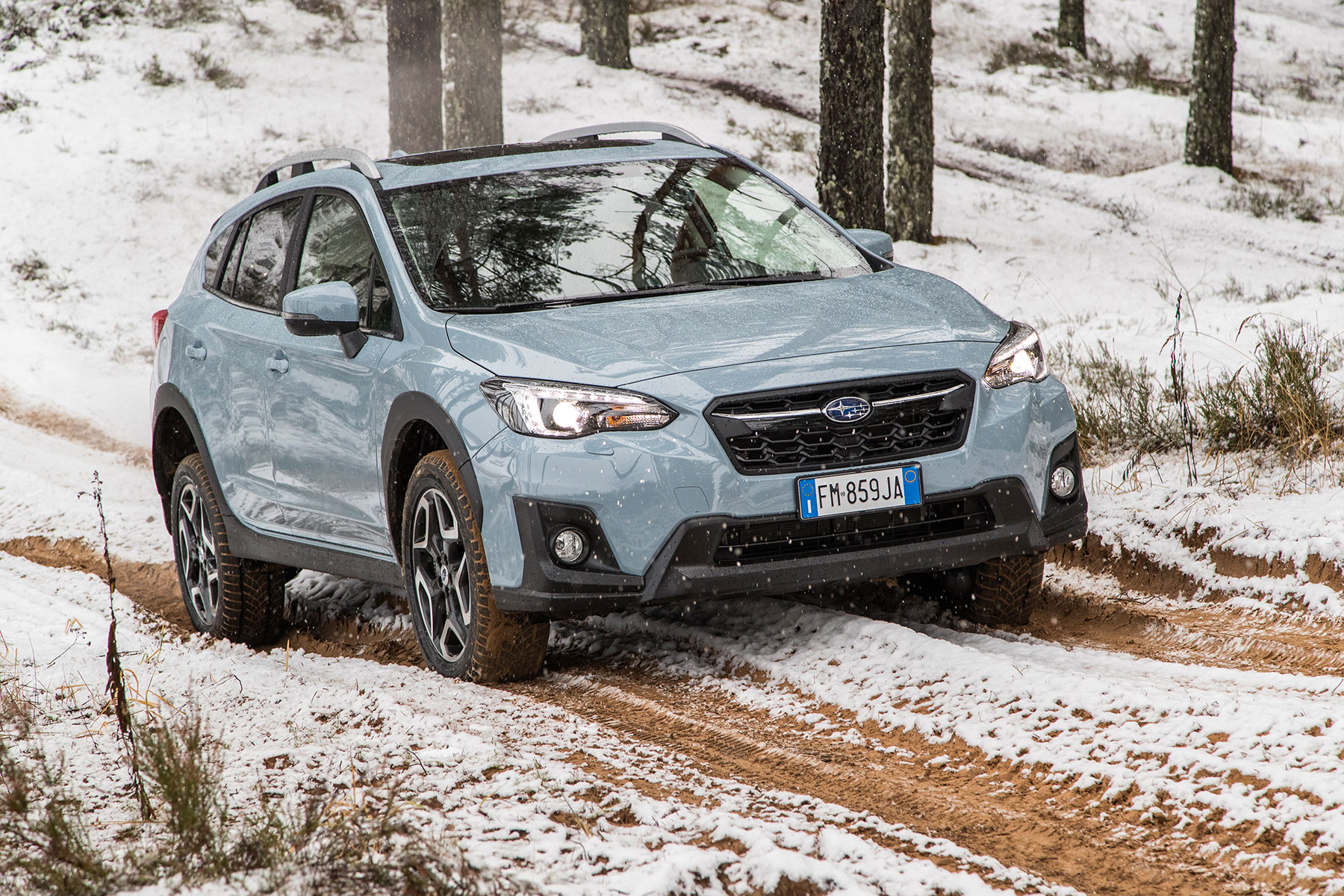 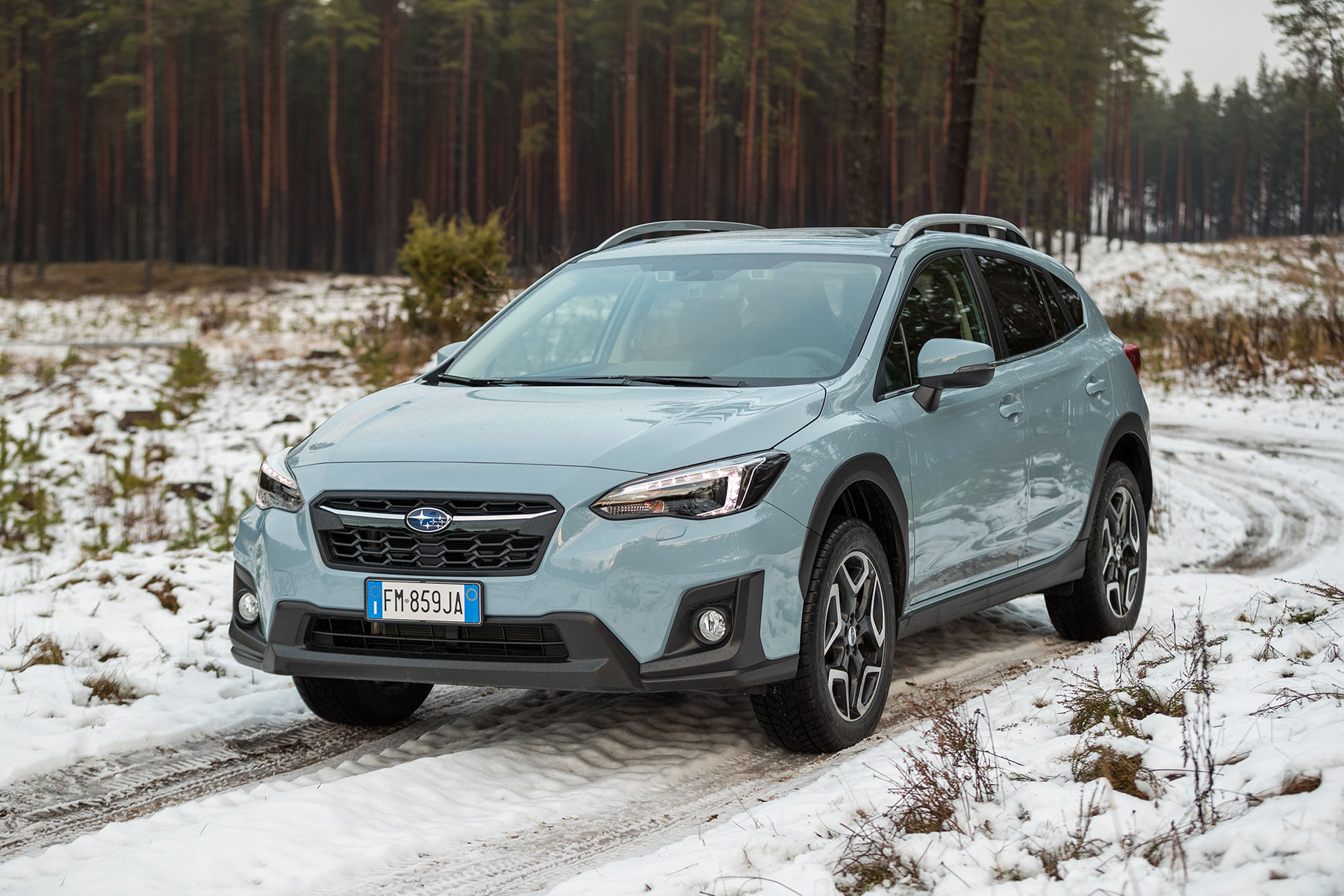 It also has an extra advantage off road – an area Subaru is pushing hard as the XV’s unique selling point. By having one continuous, adaptable gear, the CVT will never temporarily break the power when the driver dips the clutch to change up or down. Anyone who’s ever driven up a snowy or muddy hill will know how much momentum can be lost during a brief gear-change.

While XV buyers aren’t expected to take part in the recreational mud-plugging scene, they are likely to be the sort who’ll be traversing muddy fields to feed horses or driving along snowy mountain tracks to access remote farmland. A good chunk of our time driving the XV during its early-drive event in Latvia was spent off the beaten track, a sign of how serious Subaru is about its off-road intentions.

Fortunately, the XV is really in its element when conditions are challenging. Designed from the off as a four-wheel-drive vehicle, the symmetrical 4×4 system means everything – the engine, gearbox and propshaft – are in a straight line, resulting in an ultra-quick response to shift power around when traction is required.

Essentially, this means it’s much more capable in the rough than you’d expect from a small, relatively low-down vehicle. If things get particularly challenging, hitting the ‘X Mode’ button locks the CVT’s clutches, mimicking a conventional diff lock and making it difficult to get the XV stuck (trust us, we tried). There’s a hill descent mode too, which works brilliantly well – maintaining a gentle pace down snowy descents. 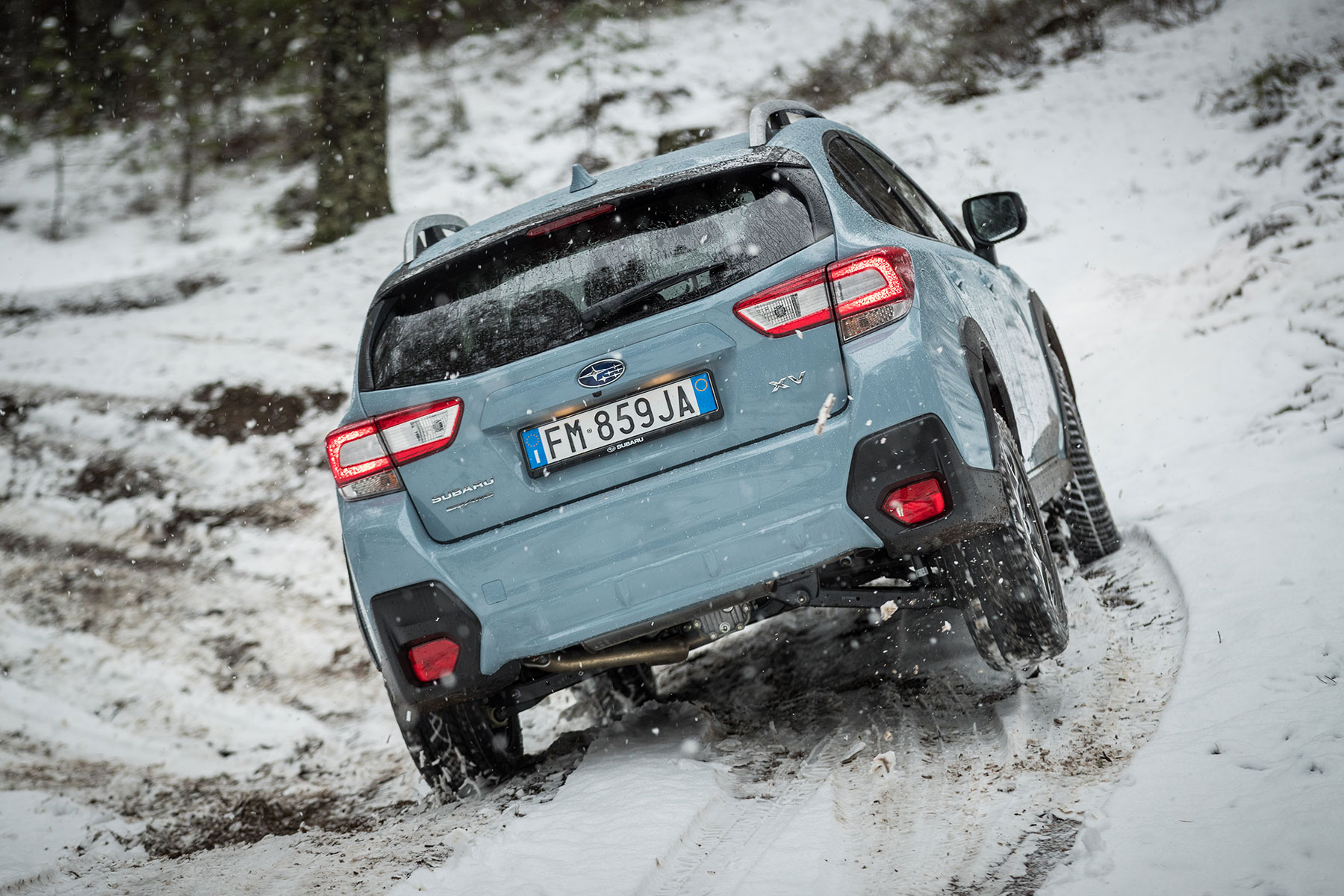 The Subaru XV is a niche product. With only two powertrains on offer, and both of them petrol, it’s never going to appeal to the mass market – especially as you can only buy the XV with four-wheel drive and a CVT transmission. Comparing the XV with rivals is also fairly pointless: people will buy the XV because they want a safe, practical, four-wheel-drive vehicle that’ll last forever, and the obvious rivals all have very different strengths.

This could be an issue for Subaru, as there’s very little on offer that’s going to tempt buyers from rival brands. With most Subaru drivers snubbing the three-year PCP cycle, the firm can’t rely on its customers returning every few years, either. As such, we’re never going to see a huge amount of XVs on the roads.

However, if it works for you, it’s a fundamentally good car. More convincing than the recent Impreza, the new XV handles better than before, with a focus on safety rather than flair, while the interior is a big step up from its predecessor. We also appreciate the XV’s feeling of invincibility. With so much of its development budget clearly spent on engineering, it’s not only very safe, but feels like it could last forever.

Despite its flaws, the shortage of good powertrains and a CVT gearbox only, we’re rather taken with the new XV.