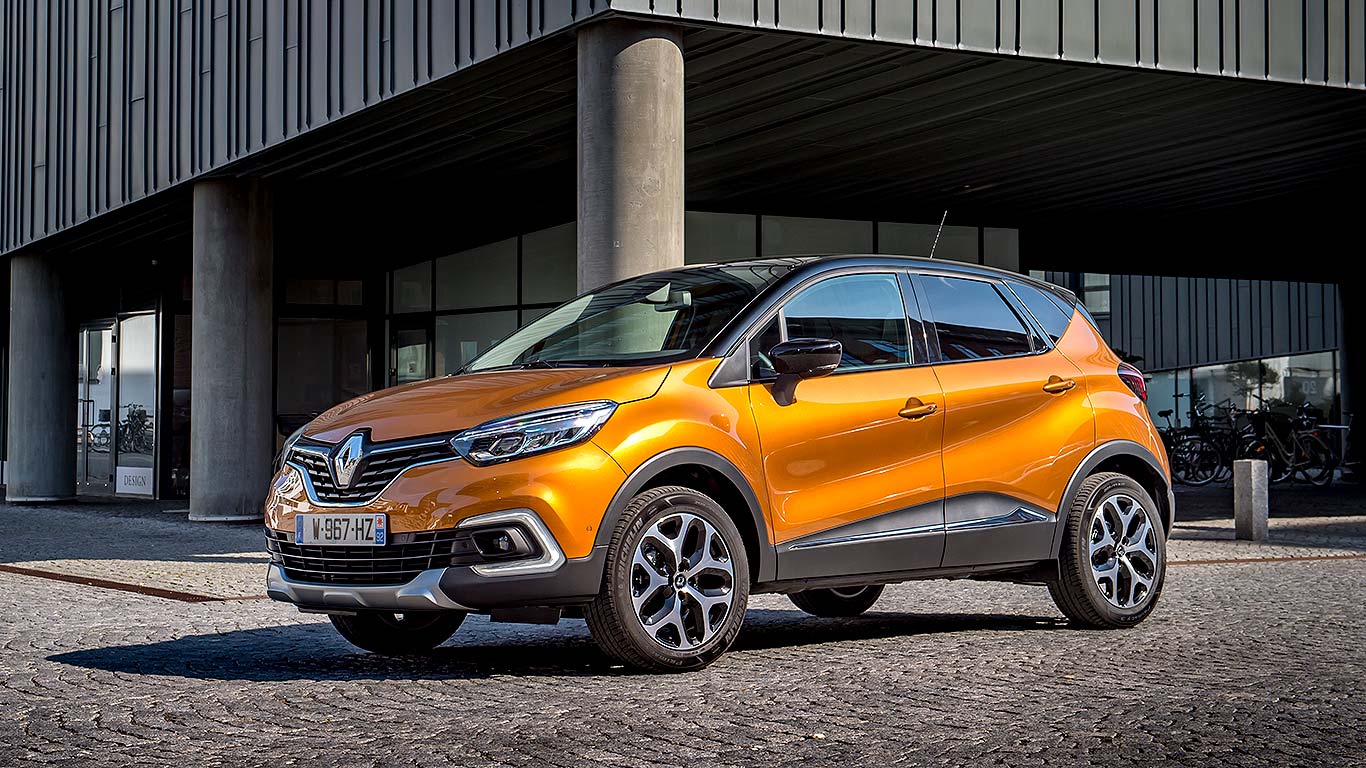 Renault Capturs are flying out of showrooms. The small crossover outsells the Clio it’s derived from, which, as it also costs more than the Clio, is great news for margins. Perhaps that’s why Renault flew us out to Copenhagen for the day to drive it, rather than just emailing us some pictures. After driving it for two hours feeling for any changes, and failing, a Renault boss admitted there weren’t any. Engines and chassis of today’s cars are identical to those of this revised one, due in showrooms from July. 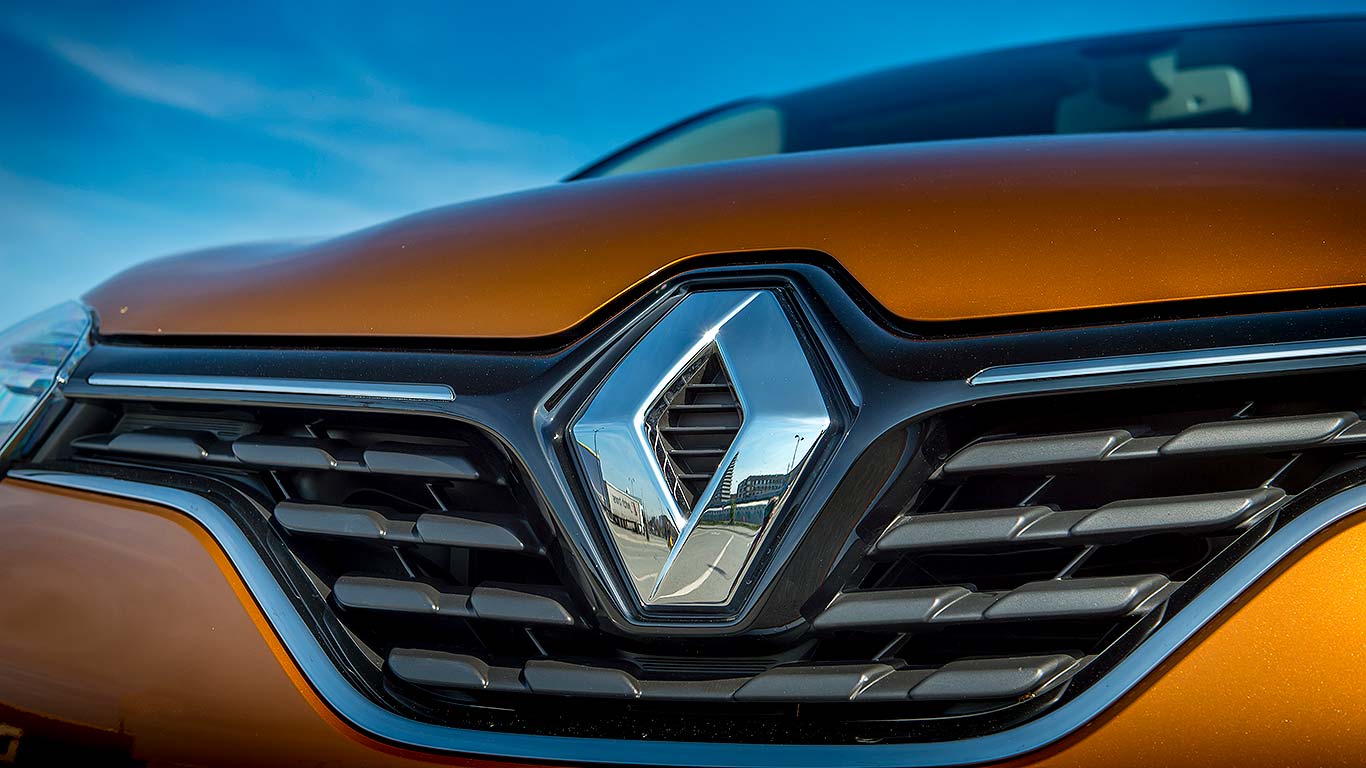 The changes focus on the details. At the front, there’s a new grille that mimics the larger Kadjar SUV, distinctive C-shaped LED running lights and, on upper-spec models, full LED headlights. The front skid plate has been toughened up, matched by one at the rear, while tail lamps are also new (they contain a C-shaped LED pattern: C for Captur, said Renault. Neat). Choose from three new body colours (Desert Orange, Ocean Blue, Amethyst) and a new metallic grey contrast roof colour. 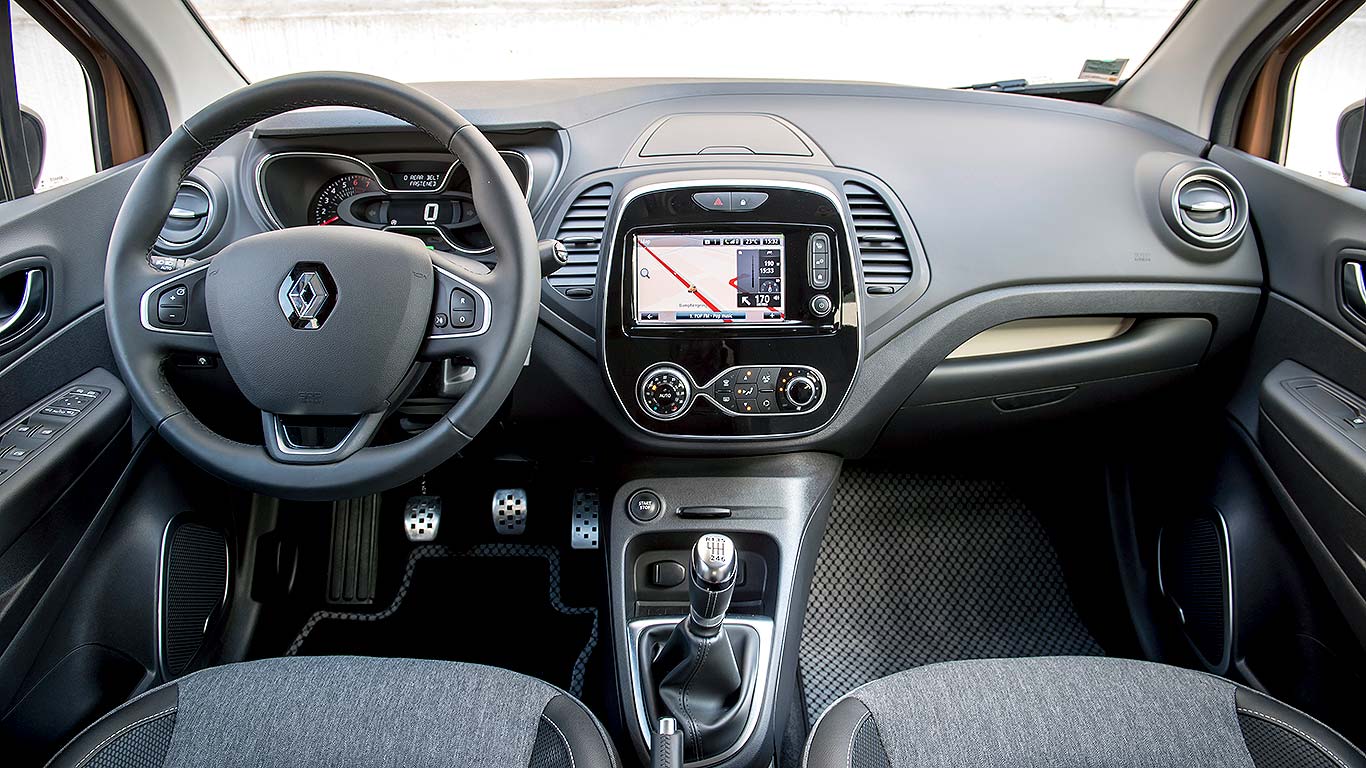 Inside, more has been done to make it nicer to sit in. The steering wheel feels nicer, and the gearlever is new. Door panels look more sophisticated. Most significantly, the Clio-look dashboard now has a higher-quality finish with soft-touch plastics and, on top-spec variants, a stitched leather-look surface like you get in Range Rovers and Bentleys. Chuck in new seat trims and LED interior lighting for a fancier-feeling interior: existing Captur owners looking to swap into a new one will in particular notice this. 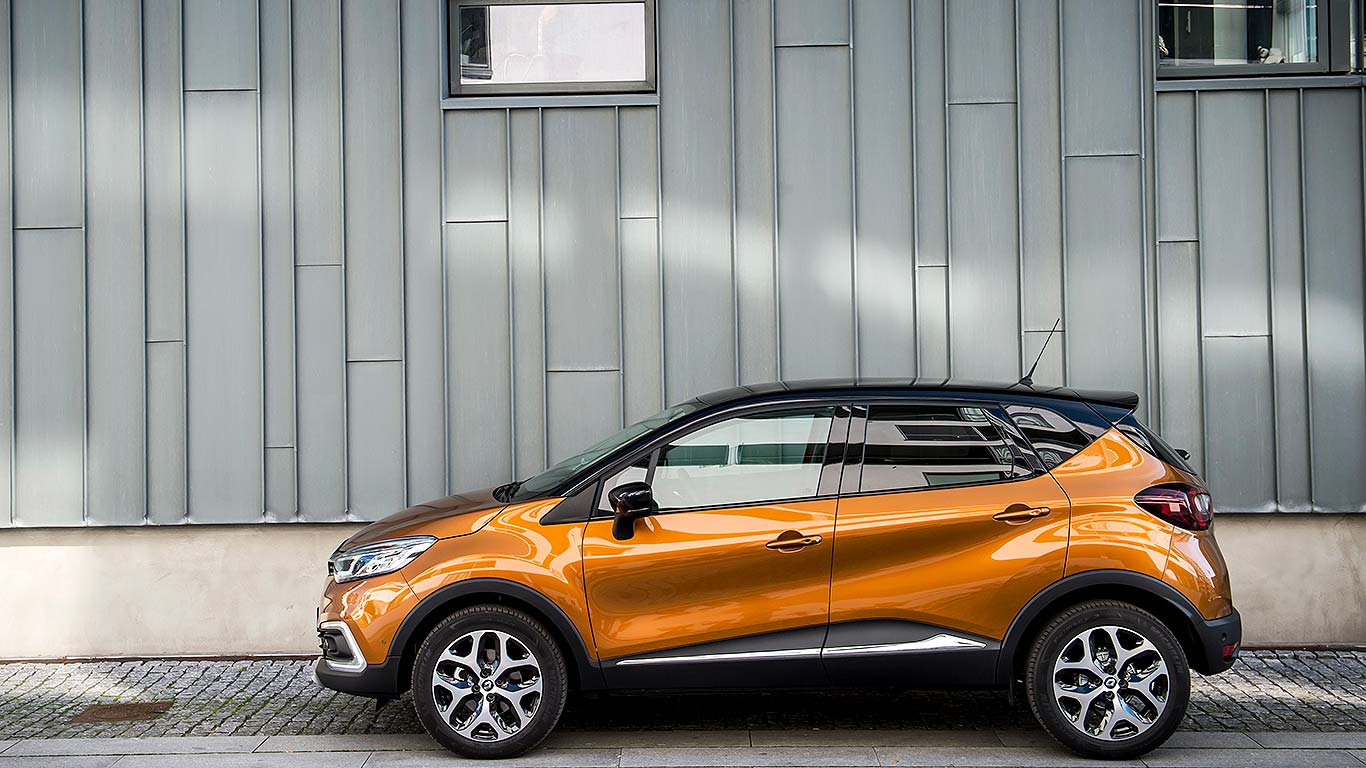 There’s now an extra top-spec trim line. New Captur prices open at £15,355 for the Expression+ model, but most people buy either a Dynamique Nav or Dynamique S Nav. Above this sits Signature X Nav, with a grip-boosting drivetrain, plus the new Signature S Nav, which has heated Nappa leather seats, Bose audio, Android Auto-compatible infotainment system and, outside, more chrome and gloss black. Prices start from £21,405 for the 1.2 TCe 120 petrol – and Renault expects it to be popular because, so far, buyers have rather taken to posh-trim Capturs.

Captur fundamentals have sensibly been left in place. The driving position feels a step up from a normal supermini, with a more commanding seating position that feels a lot more confident. Certainly in left-hand drive test cars, we found plentiful adjustability and the seats were comfortable. Deep windows and a large windscreen ensured good visibility, relatively compact dimensions made it easy to manoeuvre and it was generally easy to see why this type of car is so appealing.

In the rear is where the Captur really excels. The back seat is soft and sofa-like, providing great comfort – and more importantly, it’s extremely spacious, much more so than a conventional supermini. There’s loads of headroom and, with the sliding rear bench slid right back, a huge amount of legroom, further aided by lots of foot room beneath the front seats. There’s certainly more space in there than the larger Renault Megane family hatch: it’s no wonder young families like the Captur so much. 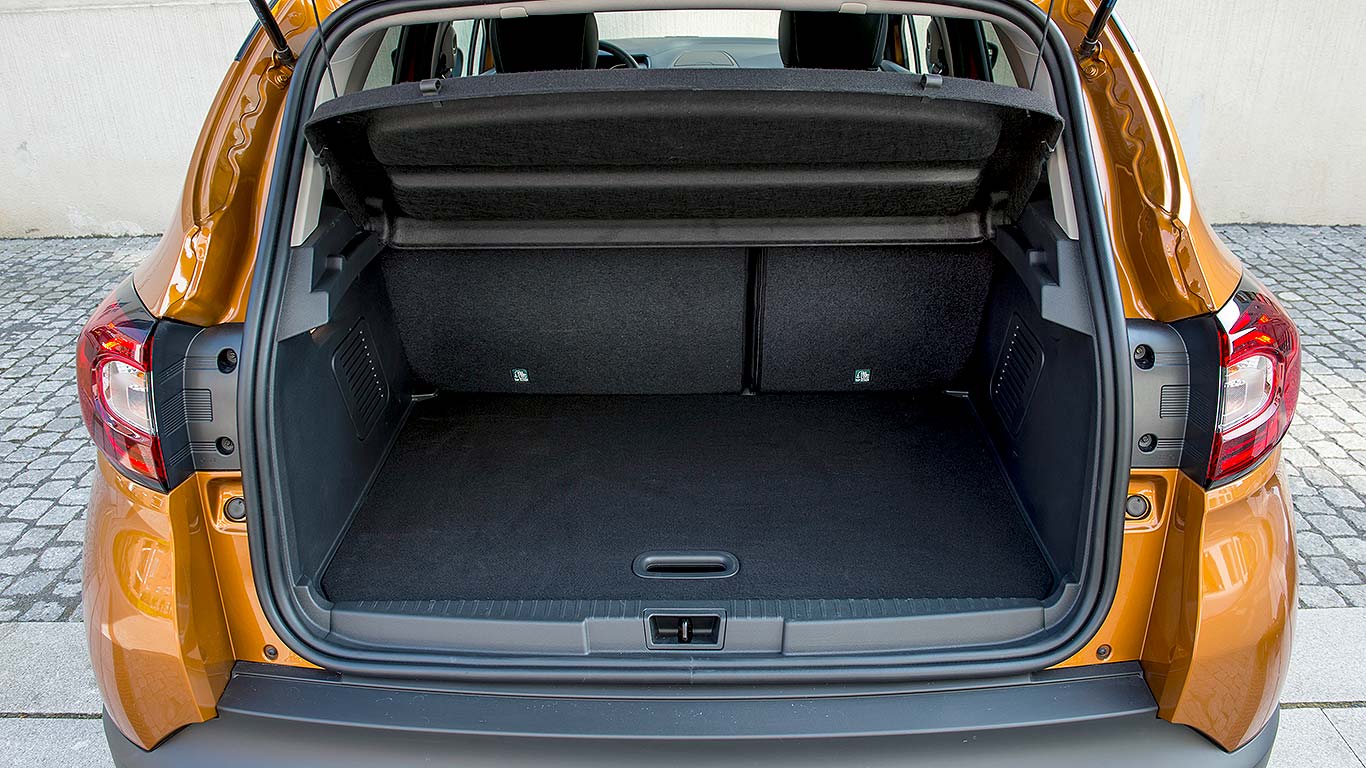 You can get a Captur with a budget 90hp 0.9-litre turbo three-cylinder petrol engine, or the punchier 120hp 1.2-litre four-cylinder we drove on launch. This is a sweet motor, with smooth-revving manners and decent turbo-aided pull. It’s diesel-like, without the diesel clatter; we also drive the 110hp 1.5-litre dCi turbodiesel, which is strong, but starting to sound rather thrummy these days. It’s particularly rattly from the outside, which won’t endear you to anti-diesel-headline-reading passers-by in supermarket car parks or on the school run. It’s also expensive – £2000 more than a same-power TCe 90 and £1k more than the TCe 120 – but despite this, Renault reckons it will still be the best-selling engine. Curious.

The Captur is a pleasant car to drive, with a supple in-town ride that soaks up bumps quietly and without too much fuss. It can get a bit pattery over rougher roads, but it’s generally smooth and inoffensive. Handling doesn’t have much feel but is easy and accurate, and the Captur’s made for fuss-free in-town use. At speed, there is a little wind noise, but the 1.2-litre engine has a decent amount in reserve and the Captur generally does a decent enough impersonation of a larger crossover. It’s certainly nicer to drive than, say, the new Vauxhall Crossland X. 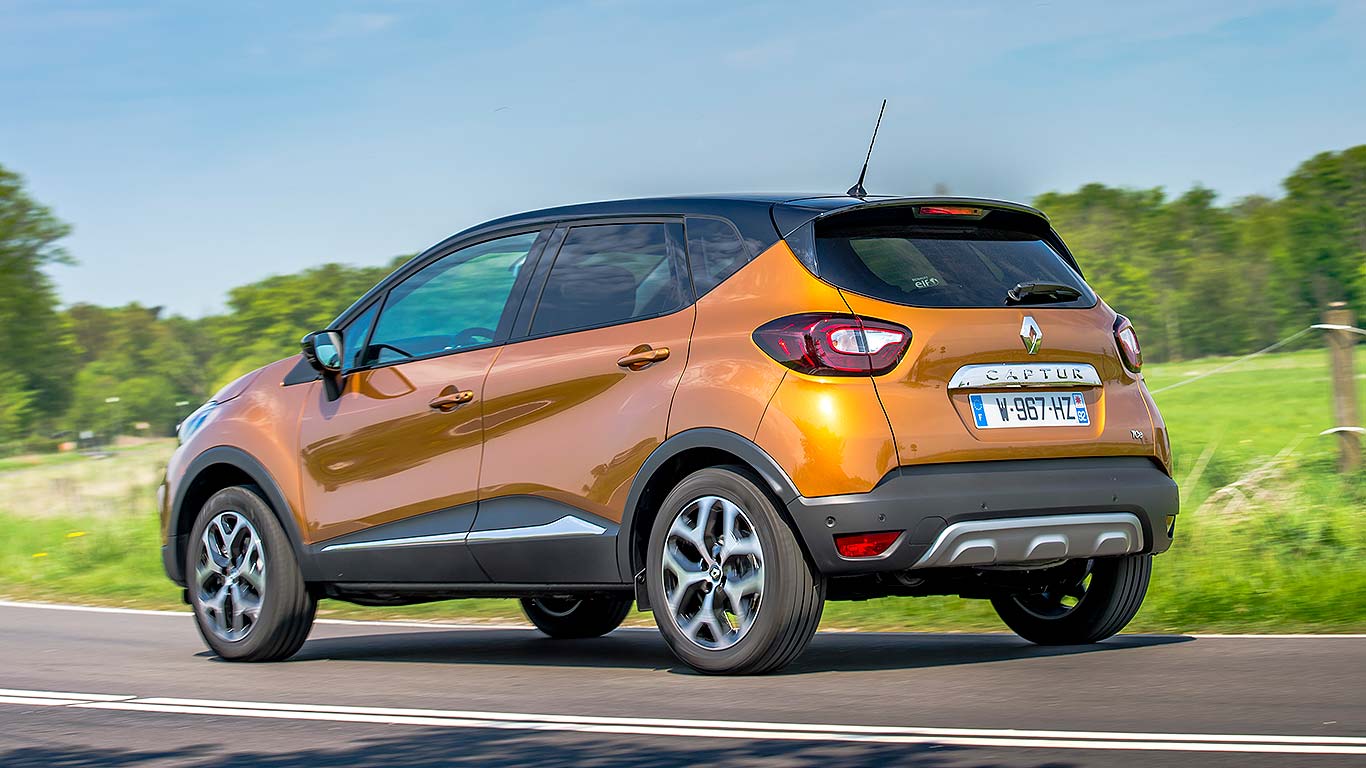 Overall, the 2017 Captur is more of the same, just with a bit of a visual sharpening and a few new goodies to make it look different in the showroom. The fact changes are so minimal proves what a well-rounded car the Captur is. It’s likeable, practical, well-equipped and, if you don’t go too silly with trims (and avoid the pricey diesel), not too expensive. Europe’s best-selling small crossover, Renault reminded us frequently, and a car that outsells the Clio here in the UK. It’s not hard to see why, either.

Pretty, practical, pleasant to drive. A neat family-friendly step-up from a supermini that’s more practical than a family hatch

European Capturs have a super-cool sliding draw instead of a glovebox. It’s a terrific feature… that sadly isn’t available on right-hand drive cars, because the glovebox gets in the way. What a pity, Renault.