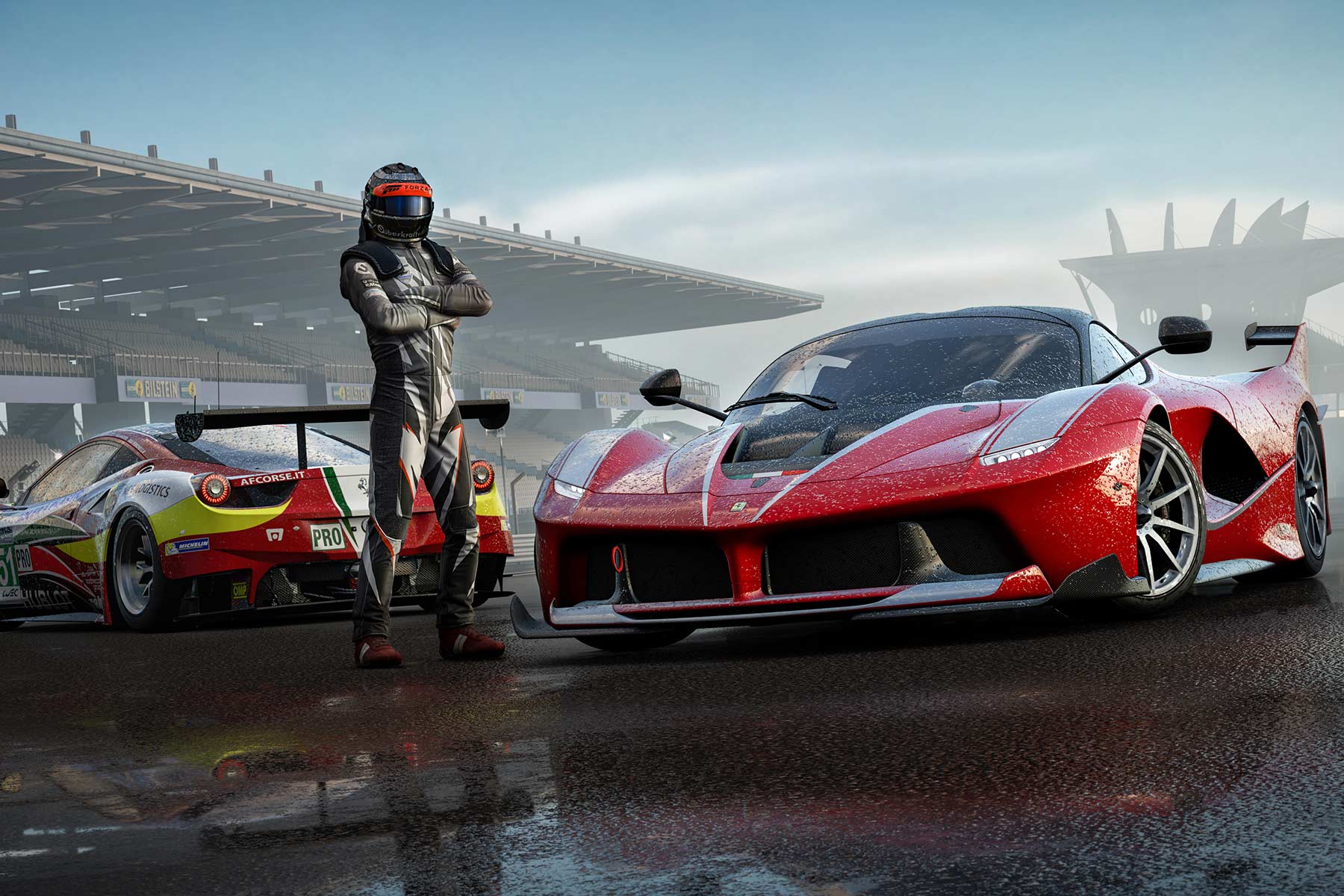 Many of us might dream of being a racing driver, but access to motorsport is a tough and costly process. Could one of the latest powerful games consoles offer a solution, or just a welcome dose of escapism?

Xbox vs PlayStation – the age-old rivalry 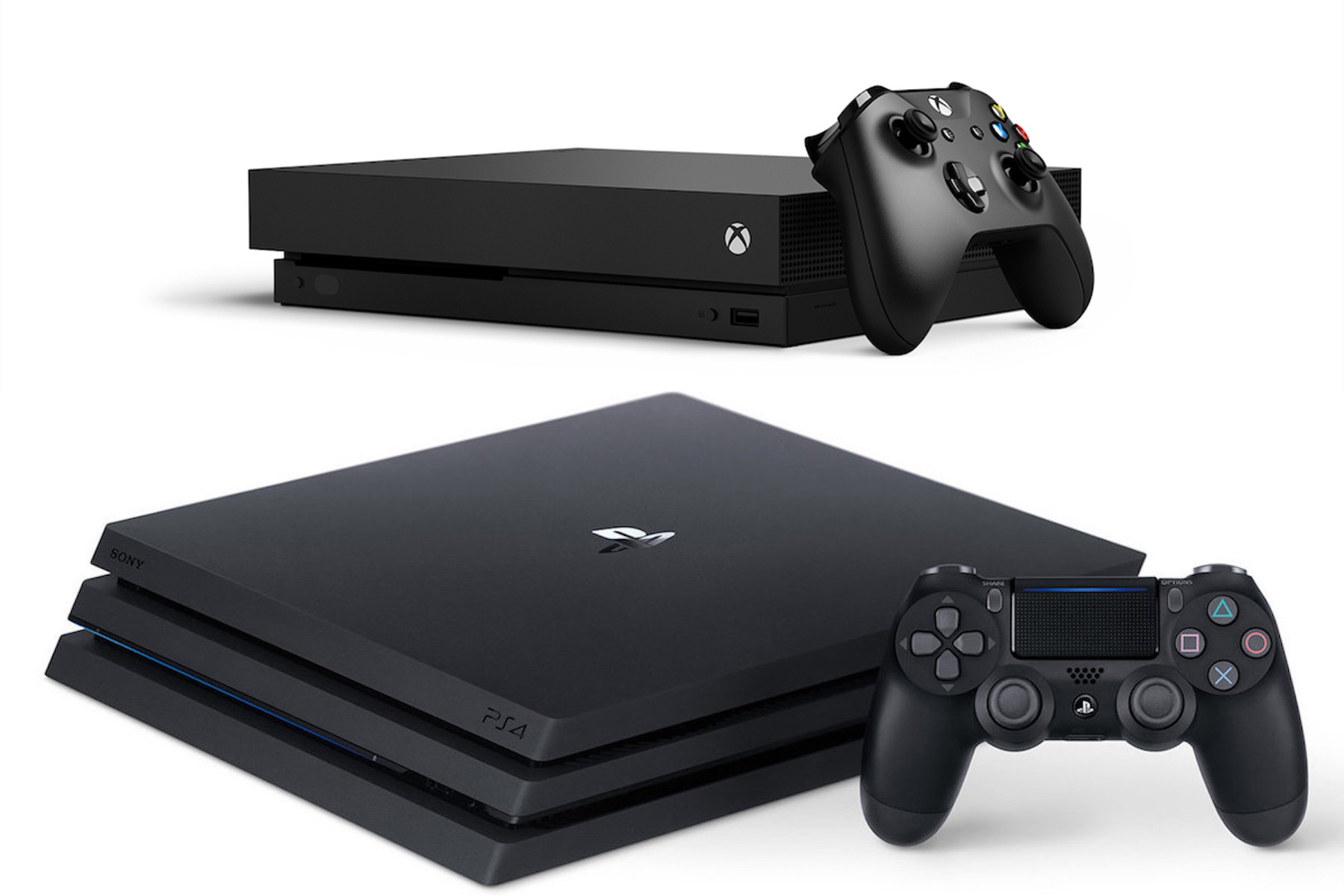 Coke vs Pepsi, Ford vs Holden, City vs United. All huge rivalries, and the games console world is no different with Microsoft’s Xbox against the Sony PlayStation. Both companies have new upgraded consoles available, and there’s no definitive right answer to which is best. However, one may suit your gaming needs better, whilst the lure of brand-exclusive games may also draw you to a particular console.

Why should I buy the Xbox One X? 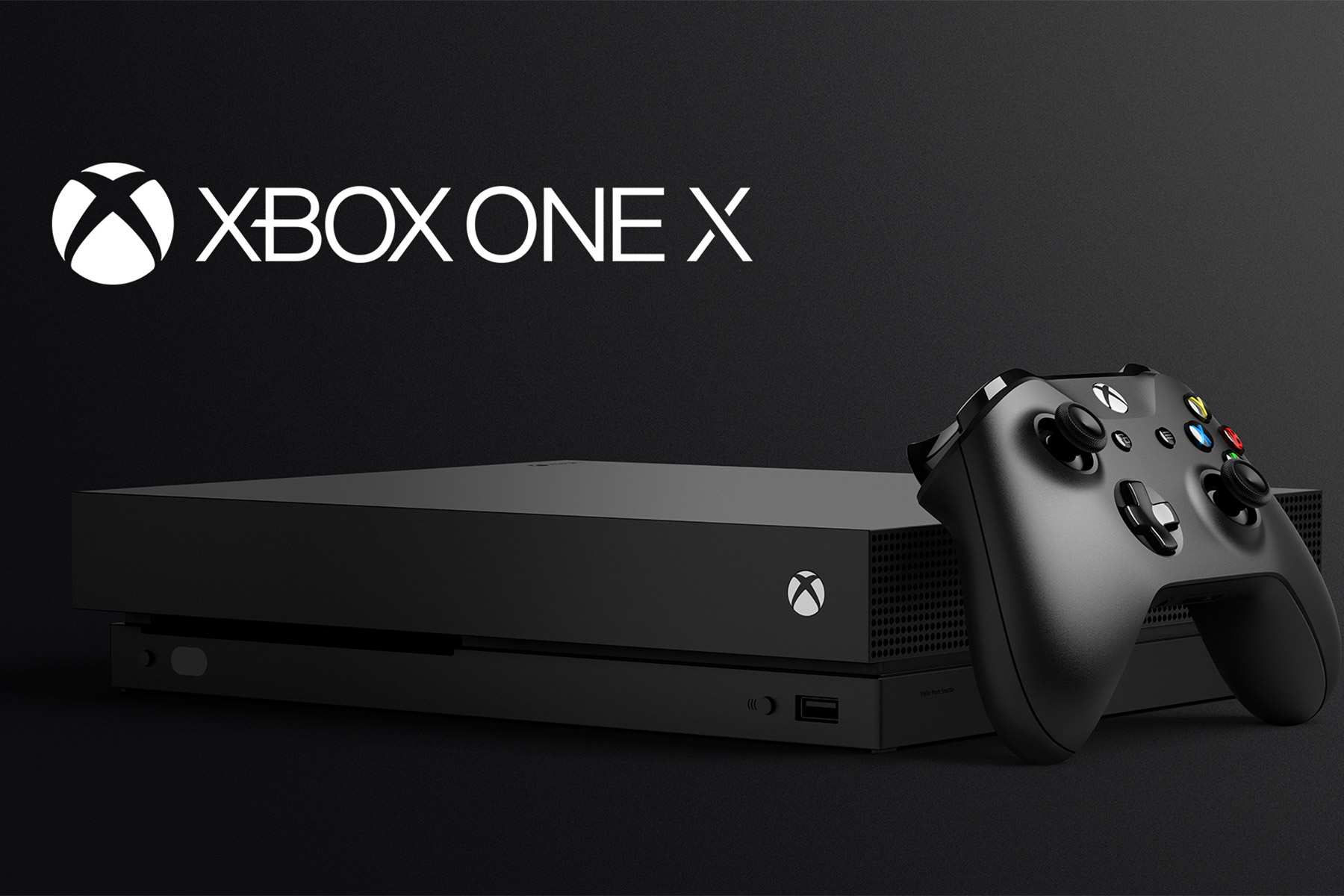 The brand-new Xbox One X is described as being the most powerful games console on sale, and closer to a gaming PC wrapped in a user-friendly box. Think of it as the equivalent to road-legal race car and you’re on the right lines.

With the ability to display games in fancy 4K HDR, along with 76% more CPU power than the regular Xbox One, this is a serious piece of kit. It’s also more powerful than the PlayStation PS4 Pro, and packs a 4K Blu-Ray player to watch the latest movies. Oh, and if you’re done with discs, it’ll also happily stream Netflix and Amazon Video in 4K as well.

Performance doesn’t come cheap, with the Xbox One X still retailing at £412 in the UK, despite being a year old. Microsoft also offers the cheaper £206 One S 1TB, which can still play all the same games but lacks the ultimate processing power of its bigger brother. Games for both average around £40-60.

Is the PlayStation PS4 Pro better? 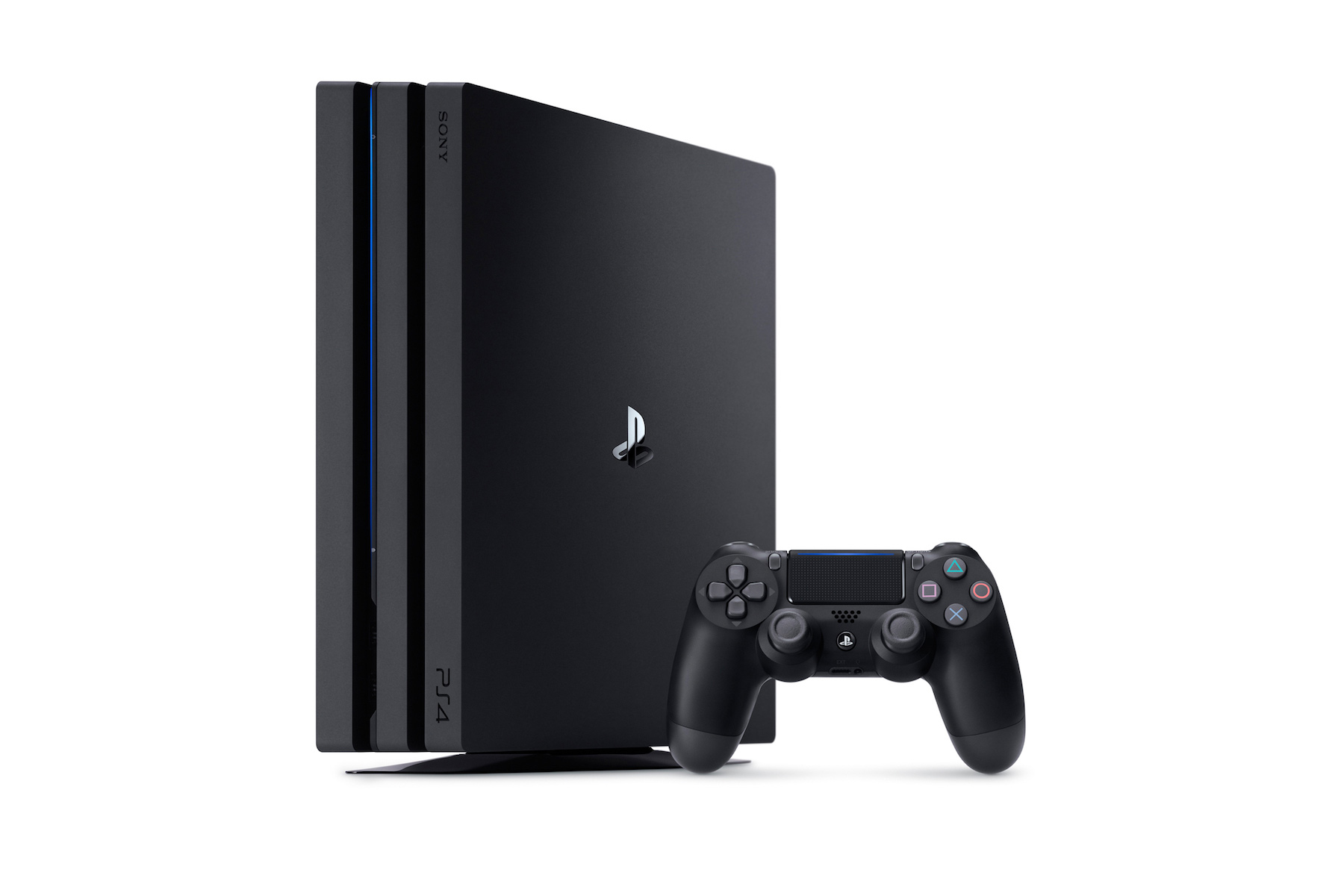 On pure technical comparisons, no. The stats of the PS4 Pro lag behind the Xbox One X, but that doesn’t mean you should automatically discount it, especially if you’re only looking to game casually.

Whilst the PS4 Pro will still show games in 4K HDR, it does this via upscaling it to the TV, rather than in native 4K. It sounds a small difference, and for many will be negligible, but will be a consideration for those wanting the ultimate visual performance.

It is substantially cheaper than the One X though, with a current retail price of £349. The regular PS4, now fitted with a 1TB hard drive, can be found for £299, but there’ll be no 4K ability with that machine. It makes buying the PS4 Pro seem like a no-brainer. Games prices are similar to the Xbox.

What exclusive games does the Xbox One have?

Microsoft’s Forza franchise was first introduced in 2005, with the latest Forza Motorsport 7 launched in October 2017. Forza 7 packs in a garage crammed with 700 road and race cars, each with detailed interiors and the option to tune and customise them to your heart’s content.

There’s a challenging single-player mode, along with the option to race online against real people, allowing you to be fully immersed in motorsport competition. The Forza Racing Championship also offers the ability to compete for actual cash prizes and glory.

There are a number of driver assists like traction and stability control to help out newcomers, whilst changeable difficulty settings allow it to be challenging without frustrating. New cars are added each month, but do cost extra, whilst 32 different race circuits offer multiple thrills.

Forza’s other offering is the Horizon series. Centred more on having fun, these offer a massive open-world environment to explore and tackle jaw-dropping challenges.

Forza Horizon 4 is the latest version, and sees Britain used as the backdrop of the automotive action. If you’ve ever had the urge to race a car against a  Vulcan bomber jet, or drift around the streets of Edinburgh, this game is for you.

What about the PlayStation?

It may have only launched with 177 cars on offer, but developers Polyphony Digital have focused on modelling real racing as closely as possible. A number of key updates have also added a host of new cars to the game, along with expanding the choice of circuits to race them on.

Aside from a few arcade challenges, and the inevitable licence tests, the meat of GT Sport is racing online against others. Thankfully, the game encourages good online behaviour, but is worth noting you’ll need to be constantly connected to the internet to even save this game.

However, GT Sport can lay claim to offering genuine FIA-sanctioned competitions. Battling against online rivals, the winners will receive trophies, and an invite to attend the formal FIA annual awards event alongside real racing drivers. Gran Turismo also has a strong history of creating real racing drivers through the GT Academy, with Jann Mardenborough and Lucas Ordonez achieving real-world success.

Driveclub is another PS4 exclusive, although now slightly aged. It’s packed with supercars, and offers real-world locations like Norway and Scotland to race them in.

What other racing games are out there for both consoles?

If you’re unhappy with Lewis Hamilton winning another World Championship, F1 2018 lets you change history and compete in the full Formula 1 season. All the tracks and drivers are present, along with bonus classic cars. This year also lets you take part in media interviews, so start practicing your Kimi-style answers now.

Should the rough stuff be more your style, Dirt 4 centres on rallying and rallycross, with a detailed career mode and the voice of famed WRC co-driver Nicky Grist. It’s the latest in the Dirt stable, with the anticipated Dirt Rally 2.0 delayed until the new year.

A recent remaster of EA’s Burnout Paradise brings the classic arcade-style spills and crashes to a new generation of consoles.

Meanwhile, Project Cars 2 and Assetto Corsa are both renowned racing simulations that will require commitment to truly get the best from.

How do I race against others online? 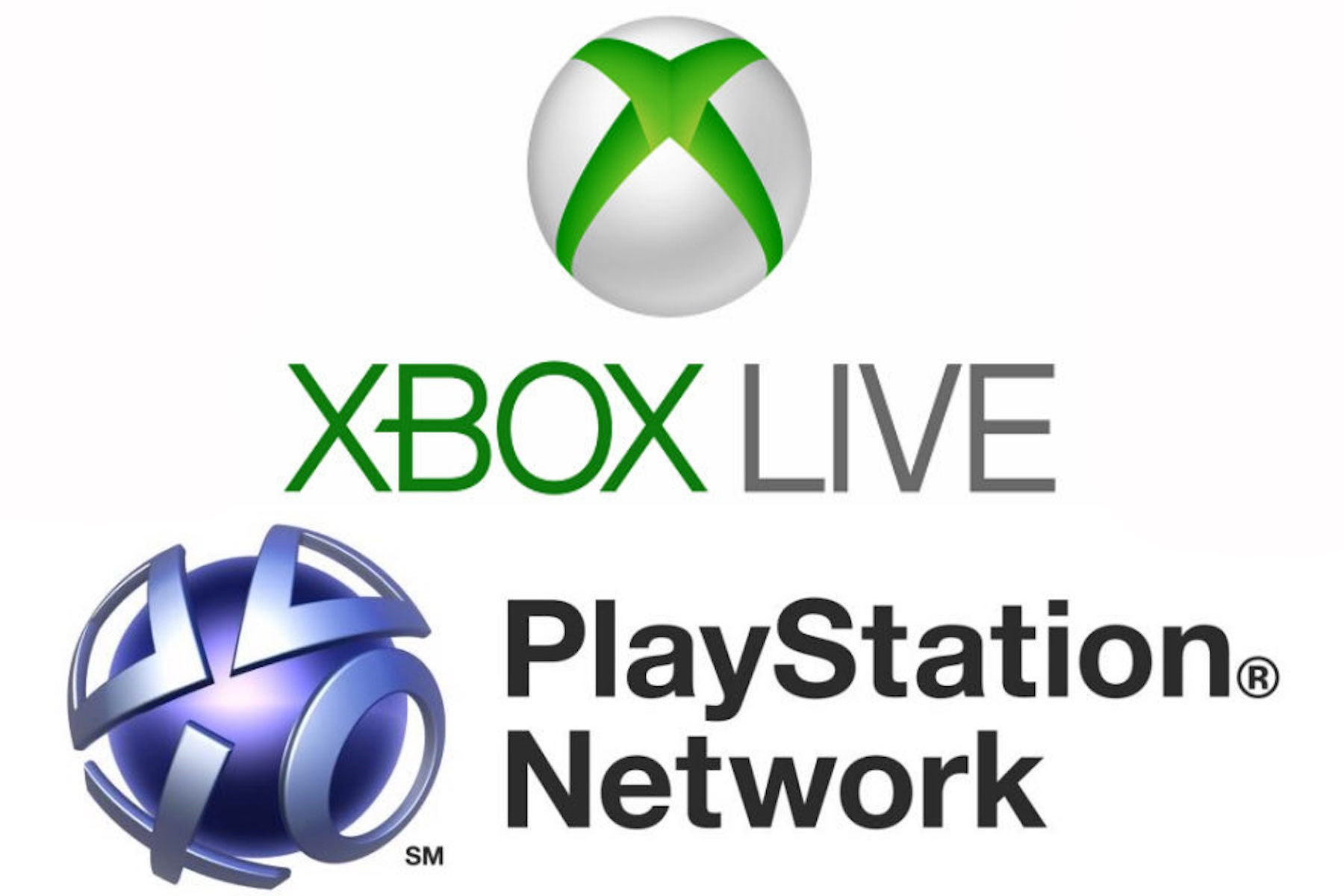 An internet connection (whether wireless or wired) is going to be a necessity for either console. Frequent updates and new content are added constantly, so playing in isolation would defeat the point. Essentially, it’s like using a supercar just to drive to the shops.

The Xbox One uses the Xbox Live service, and you’ll need to pay for the ‘Gold’ subscription in order to undertake multiplayer gaming online. Factor in £39.99 for a full-year, but you will get a host of additional content and even free games through the Gold service.

Sony’s PlayStation Network ‘Plus’ service is the equivalent to Xbox Live, and would be needed to take part in the majority of features offered by GT Sport, for example. Right now, thanks to Black Friday, it costs the same £39.99 for 12 months, but guarantees you two free new games each month and more.

It’s worth remembering that console networks are exclusive, meaning you sadly can’t race against someone with an Xbox if you have a PlayStation – even with the same game.

Do I need to buy a steering wheel? 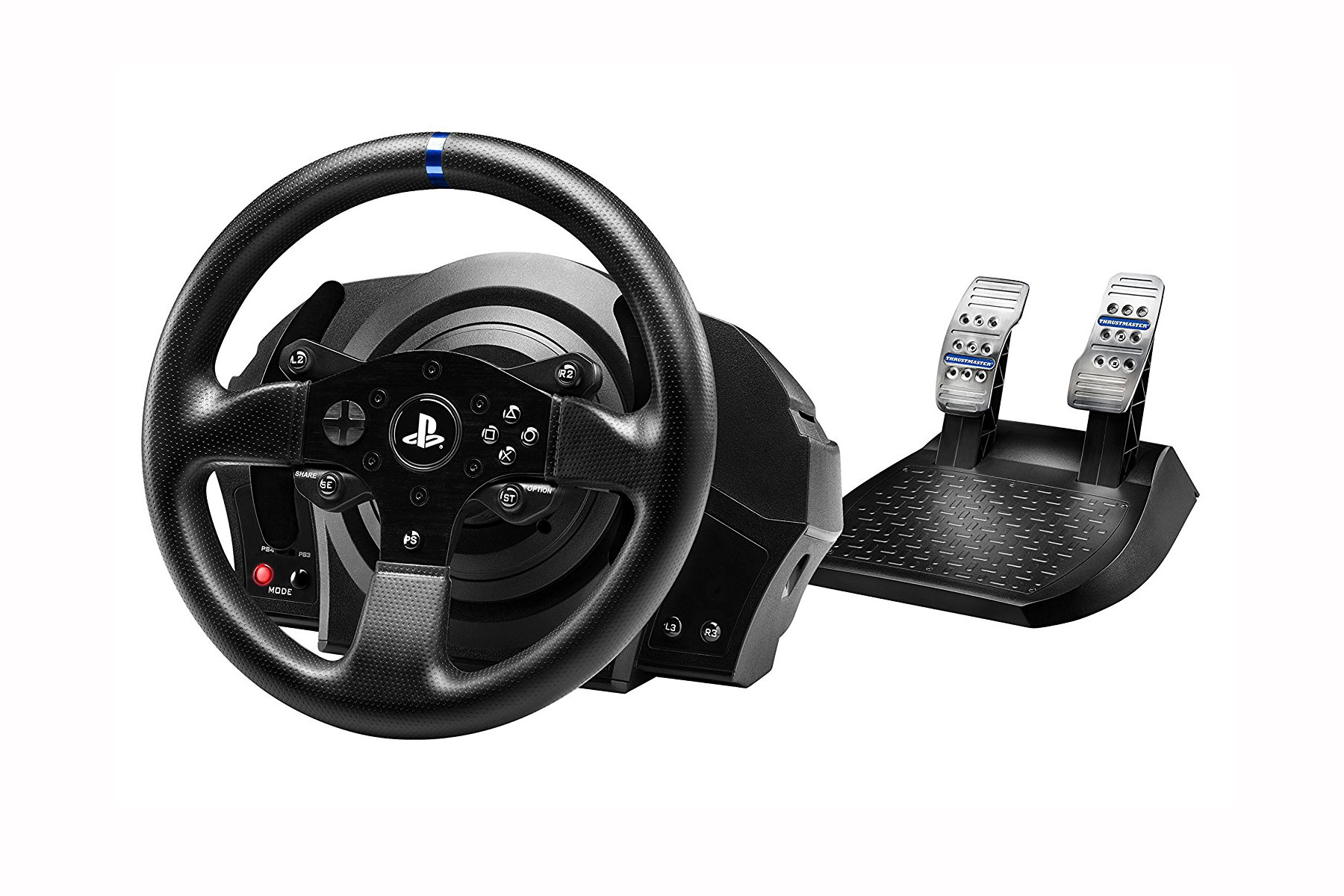 It all depends. Almost all of the games featured above can be played perfectly fine with a standard control pad. If you’re only planning to use your console for casual gaming, and keeping it in your main living room, sticking with the control pad is perhaps easiest.

However, if you plan on creating the ultimate racing experience, a steering wheel is the first step on that deep dive. Dedicated force feedback steering wheels are offered for both Xbox One and PS4 Pro, with £200-300 needed for the best ones.

Is there anything else I need? 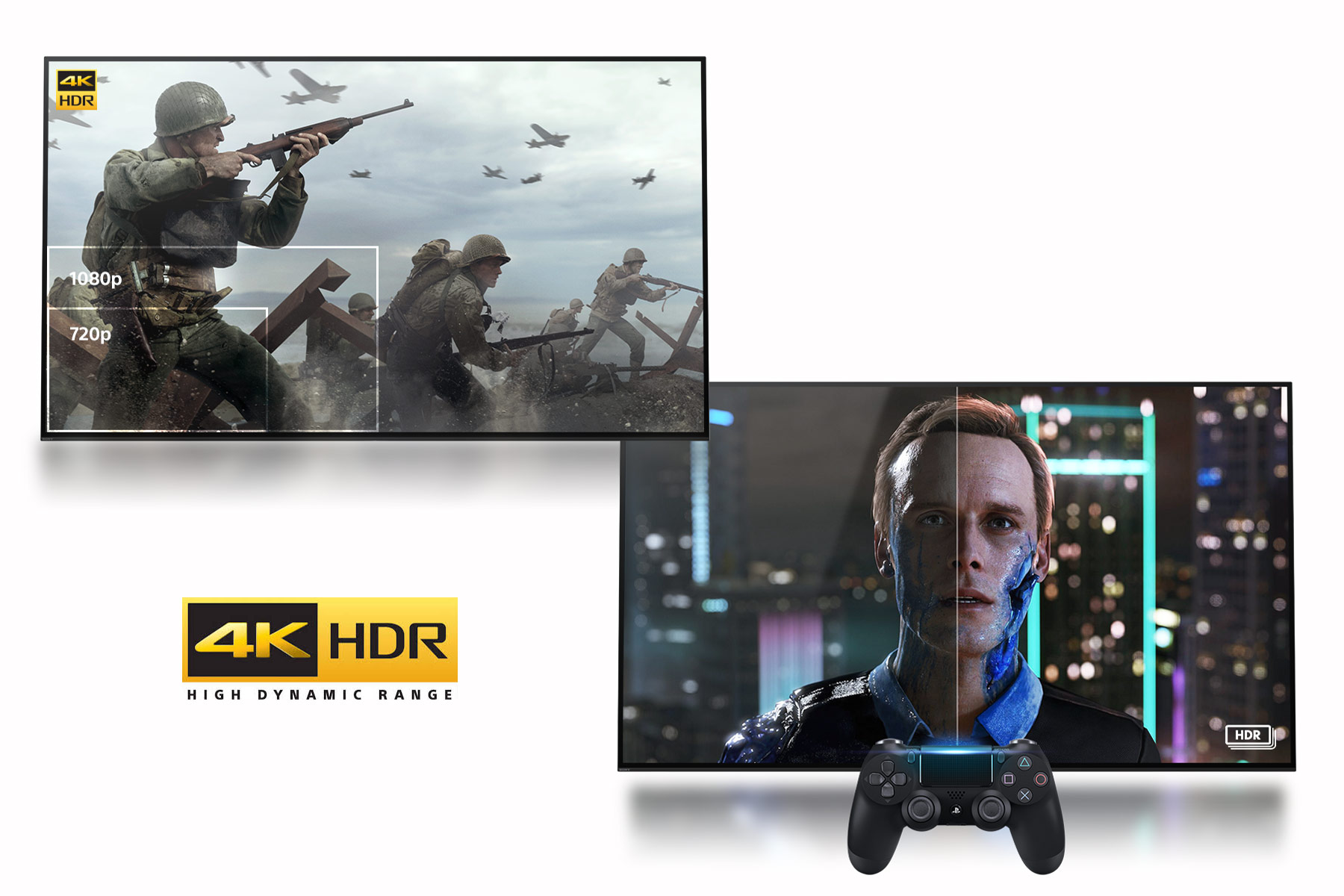 Given that both the Xbox One X and PS4 Pro focus heavily on 4K HDR gaming, if you haven’t done so recently it might be time to invest in a new TV.

Both consoles will work perfectly well with a normal HD television, and therefore you don’t need to upgrade immediately. However, you’ll get the most from your shiny new console by pairing it with a 4K TV, and especially one which features a dedicated ‘game’ mode. 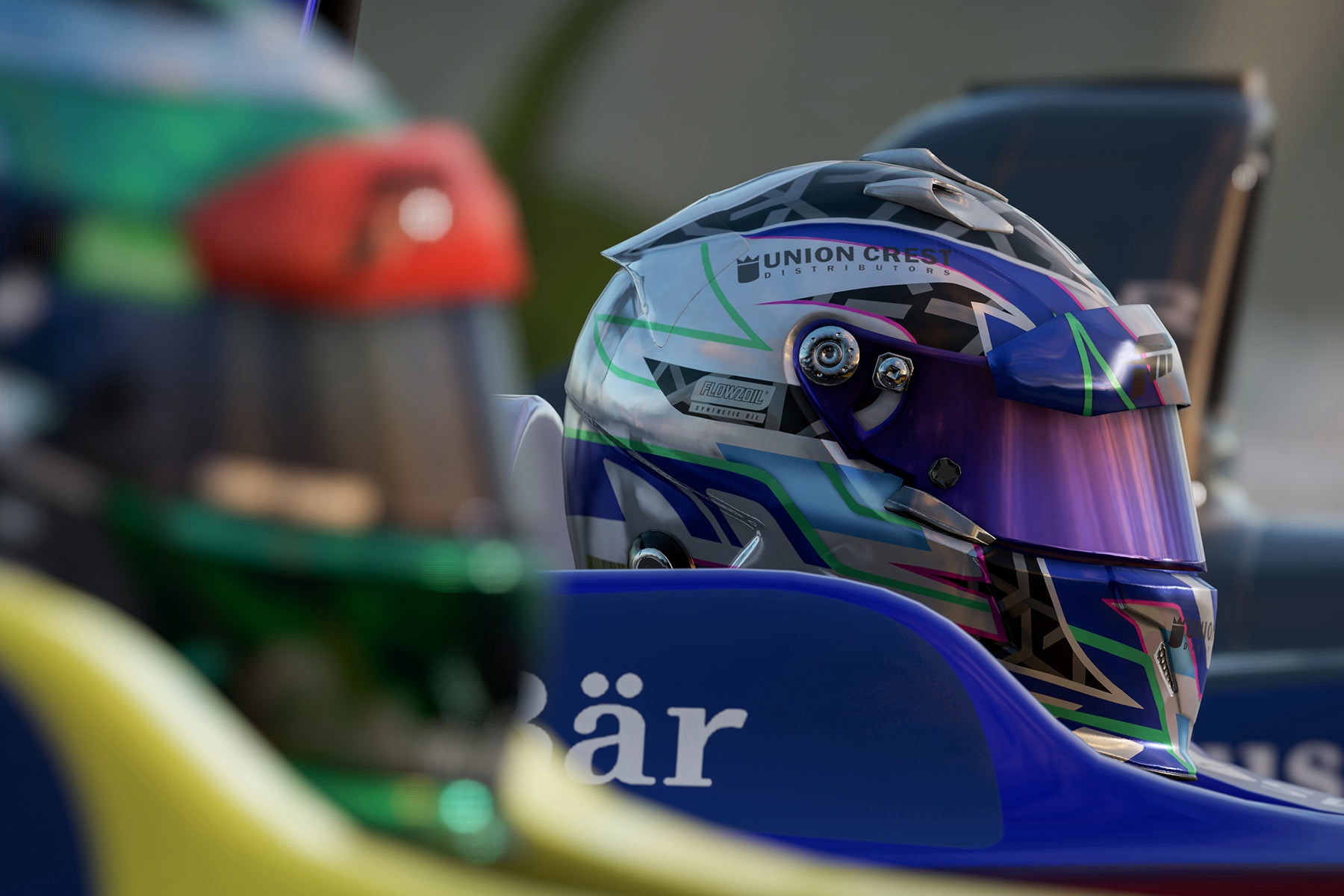 As noted, there is right answer to this question. Will you tempted by the cheaper PlayStation PS4 Pro, and the lure of FIA-sanctioned online racing with Gran Turismo Sport? Or would you rather go for the ultimate performance console experience with the Microsoft Xbox One X?

Don’t discount the cheaper Xbox One S or PS4 either, as both offer the same games as their more expensive brethren, just without the graphical trinketry.

Whichever choice you make, there is a wealth of games and accessories to on offer to make your console racing as realistic as you could want.

What if I just want to have fun? 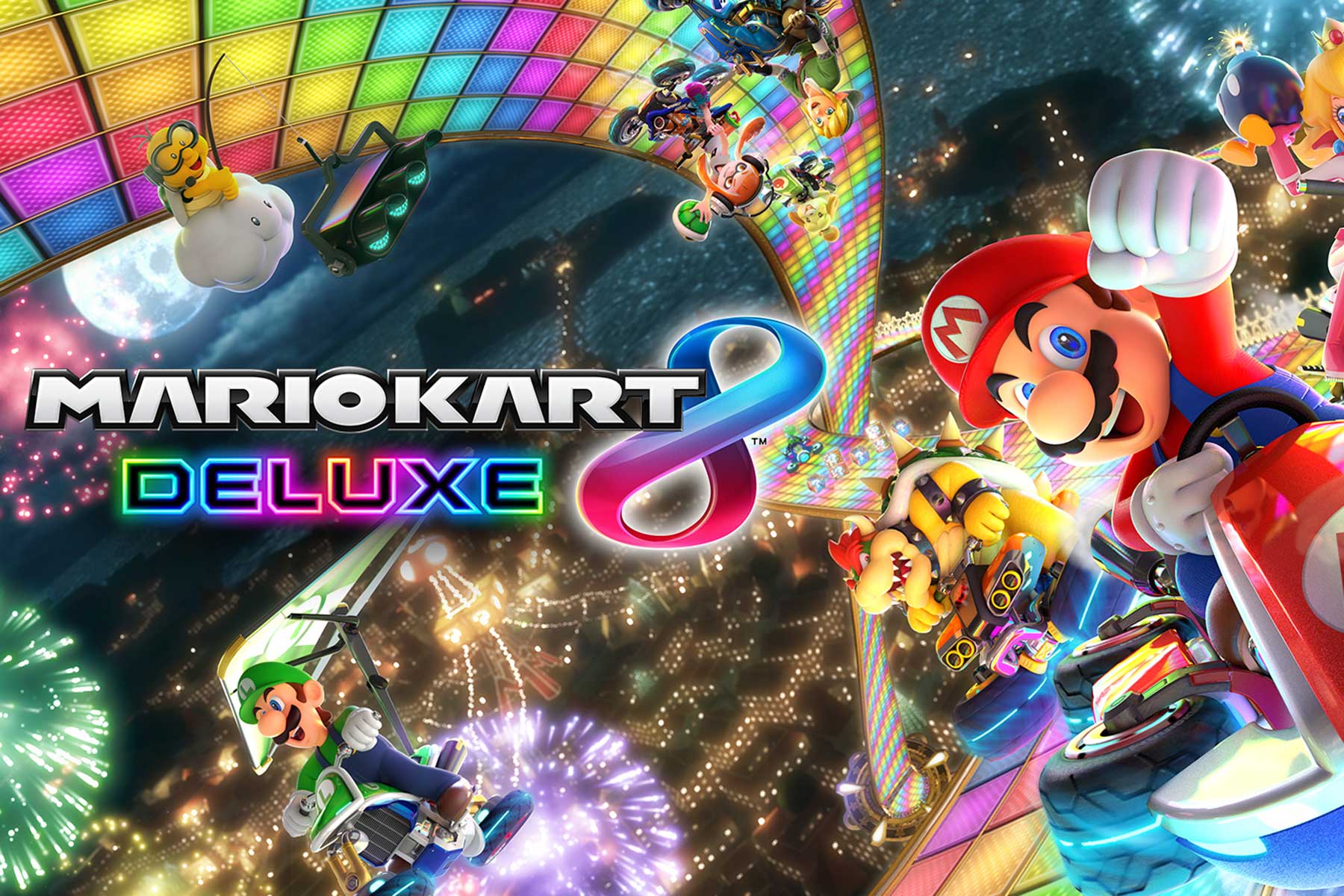 OK, not everyone dreams of becoming a racing driver. For many, consoles offer the chance to just to have fun with friends and family. There is still the chance to add racing to the mix, with Mario Kart 8 Deluxe available for the Nintendo Switch.

It might not be serious motorsport, but expect the competition to be just as fast and furious when you’re competing for family pride.

The Switch currently retails for £249, whilst opting for a 4-player Mario Kart bundle will push the price to a substantial £399.