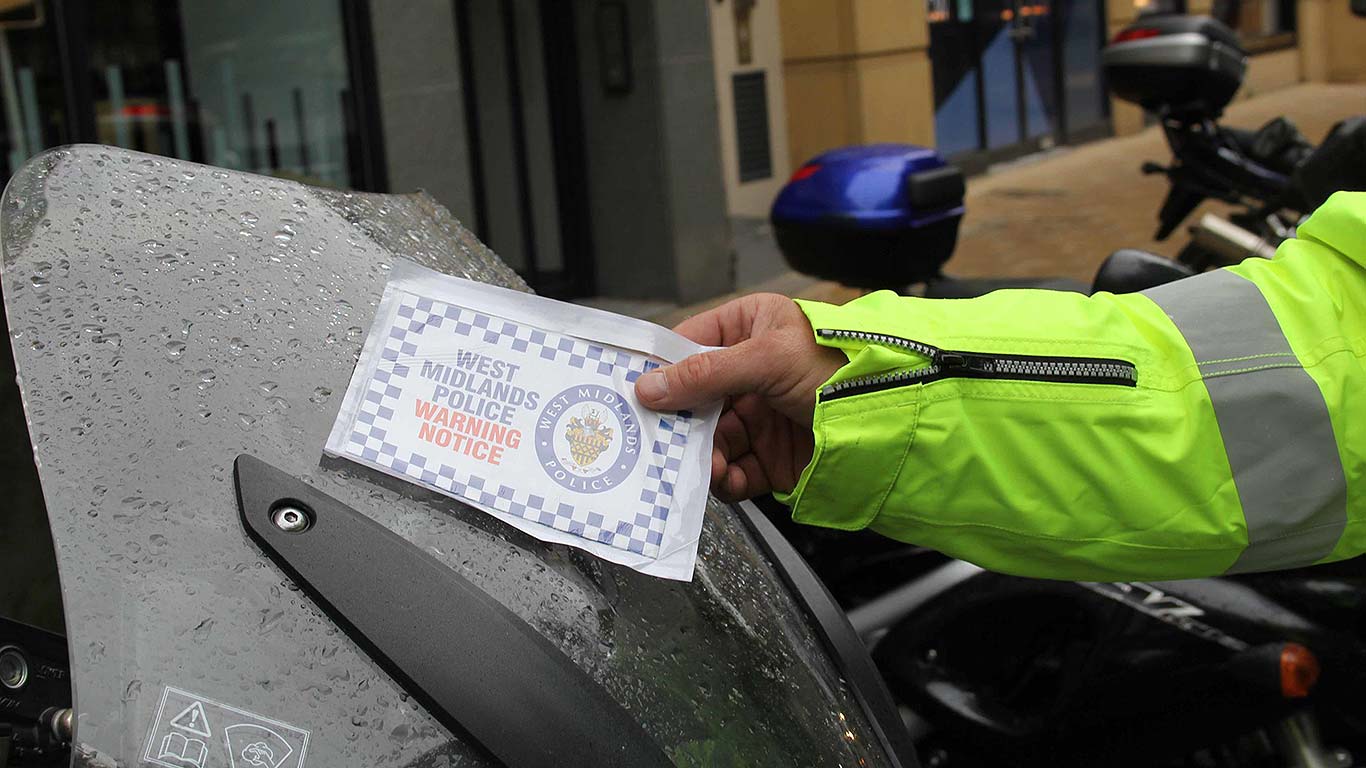 Earlier this summer, thefts of motorcycles and scooters in Birmingham shot up. In response, the city council came up with a novel strategy – ticketing at-risk machines.

These were not real parking tickets, though (despite how official-looking they appeared). Rather, they were reminders to owners about the importance of extra security measures, and were only stuck on motorcycles lacking any form of security.

The ‘polite’ reminders were part of the ‘lock it or lose it’ initiative, run as part of the Motorcycle Industry Association’s ‘MASTER’ security scheme.

PC Paul Ennis from West Midlands Police admitted that “people can get a little defensive when they are approached by a cop, but I have been very impressed by the supportive comments and gratitude shown to us all… it has been a really positive experience”.

Officers also noted down the mix of motorcycles with or without extra security fitted. When the scheme was launched in early August, just 40 percent of Birmingham’s motorcycles were protected with security devices such as a chain or disk lock.

And now? More than 90 percent of machines are carrying extra security measures.

“When we set out on this campaign,” said PC Ennis, “we had one simple objective: to make riders aware of the risk of theft when parking a motorcycle and to use some additional security.

Indeed, it’s been such a success, there are plans for the campaign to continue into the autumn. So, riders, if you park up in Birmingham and return to find a ticket on your machine, don’t worry. But maybe consider buying some extra security tech for next time…