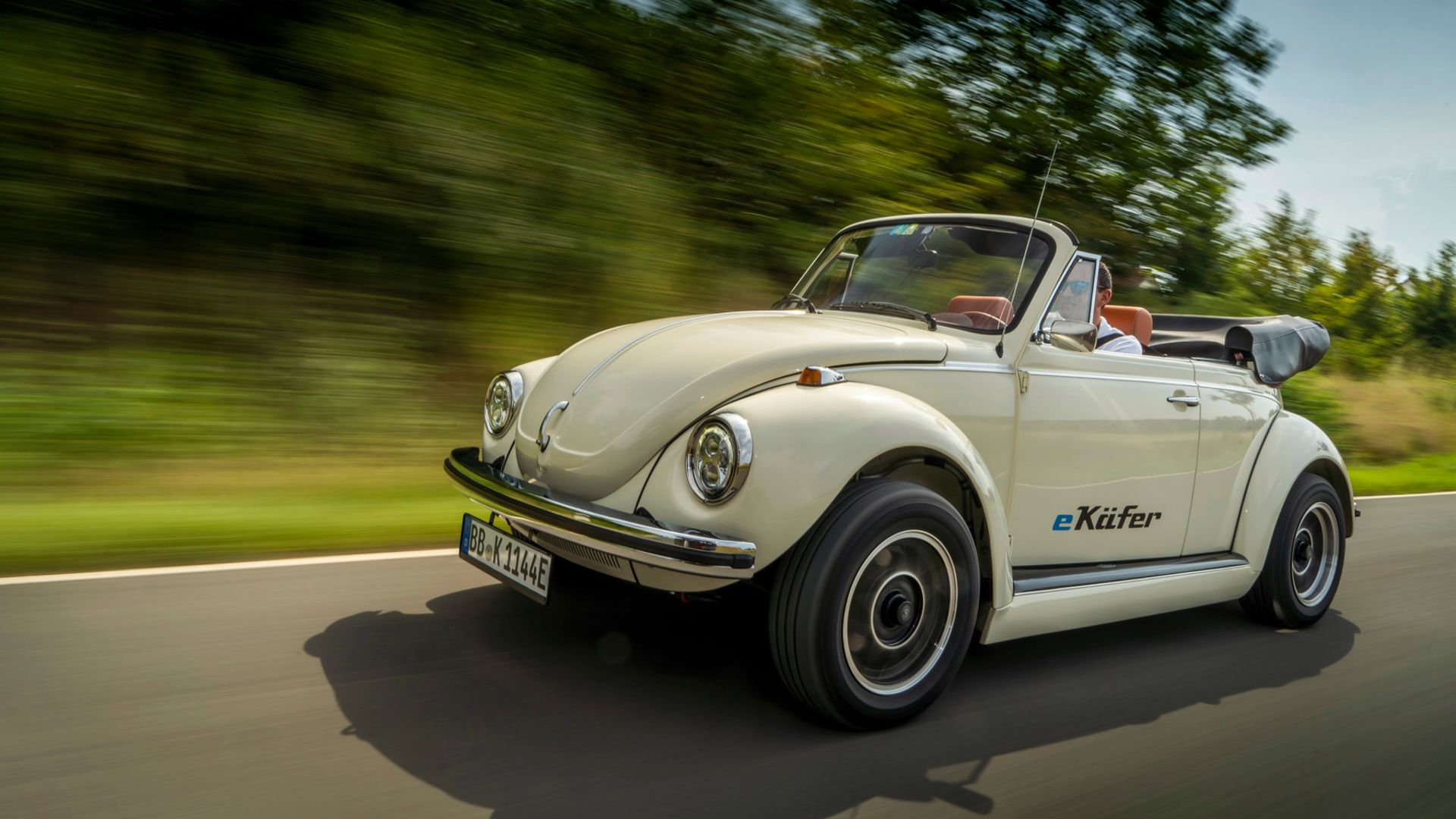 Volkswagen has given a classic Beetle a heart transplant. It’s goodbye to the air-cooled chunter that defined seven decades of the original people’s car, and hello to the futuristic hum of electric power. The Beetle will be on display at the 2019 Frankfurt Motor Show.

Volkswagen has teamed up with eClassics for the project. However, the powertrain, including battery, transmission and motor, is borrowed from VW’s e-Up electric city car. 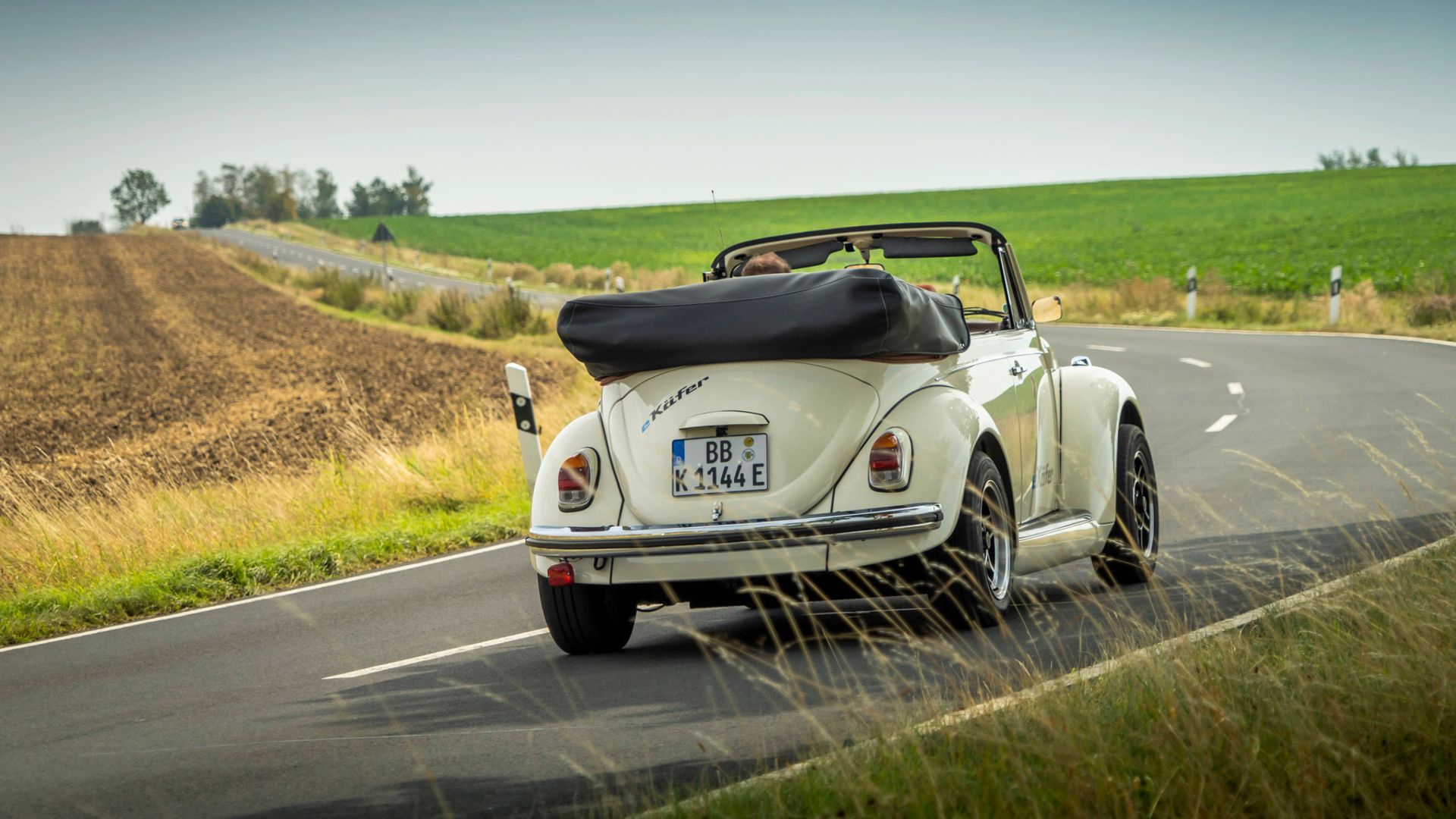 The result is perhaps the heaviest classic Beetle ever made. By comparison with modern cars, however, it’s a featherweight, at 1,280kg. It’ll go more than 120 miles on a charge, and can be recharged up to 90 miles of range within an hour.

Will you be able to buy one? Well, Volkswagen is talking up the capability of its components division, so there’s a very real possibility.

“The electrified Beetle combines the charm of our classic car with the mobility of the future,” said Thomas Schmall of Volkswagen. 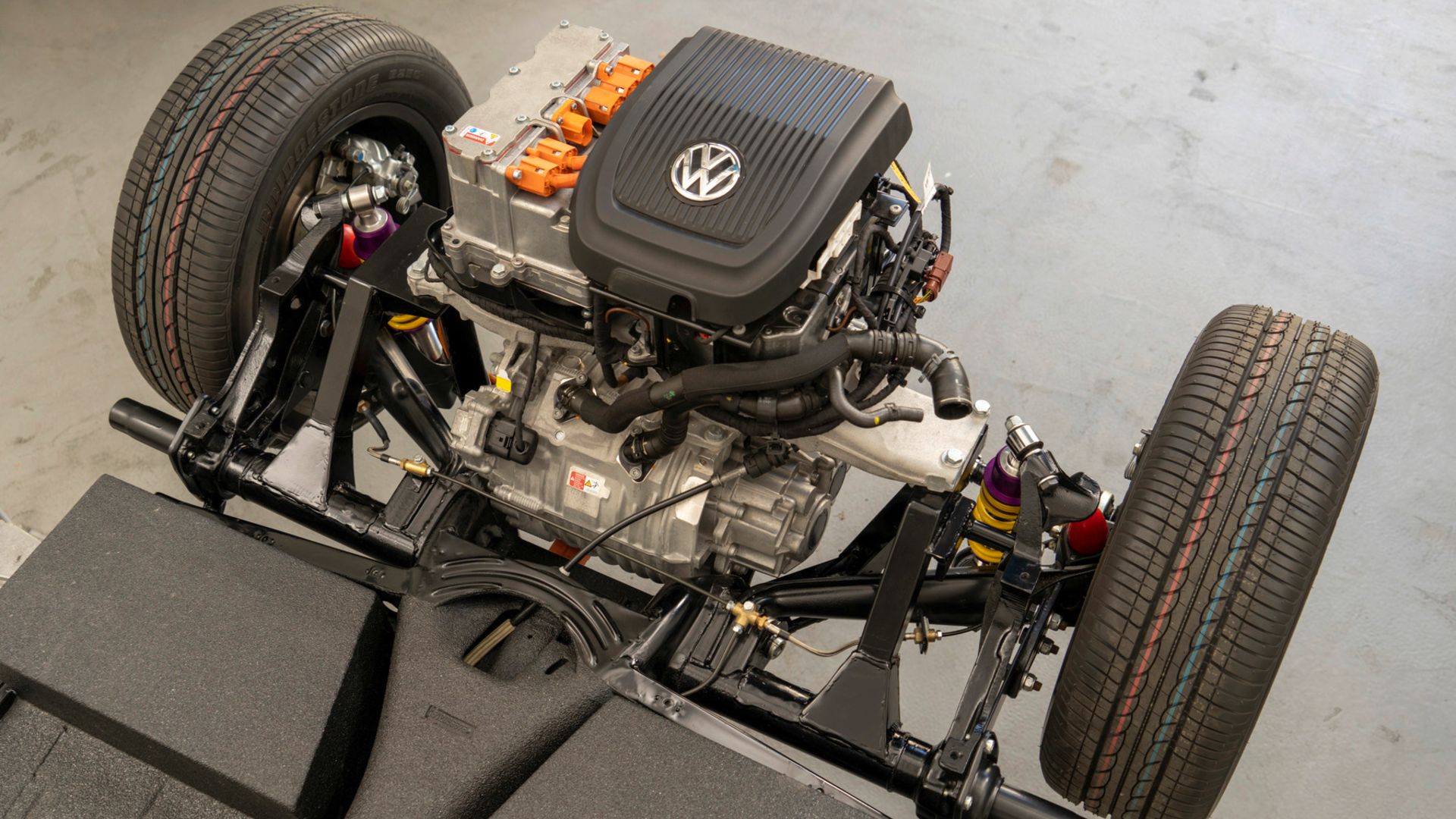 “Innovative e- components from Volkswagen Group Components are under the bonnet – we work with them to electrify historically important vehicles, in what is an emotional process.

“We are also providing Beetle owners with a professional conversion solution, using production parts of the highest quality.”

While Volkswagen provides the parts, eClassics is responsible for fusing car and powertrain.

“We are proud that we and Volkswagen Group Components could get the show on the road with this project. We are also looking forward to seeing many e-Beetles on the street soon,” said MD of eClassics, Dennis Murschel. 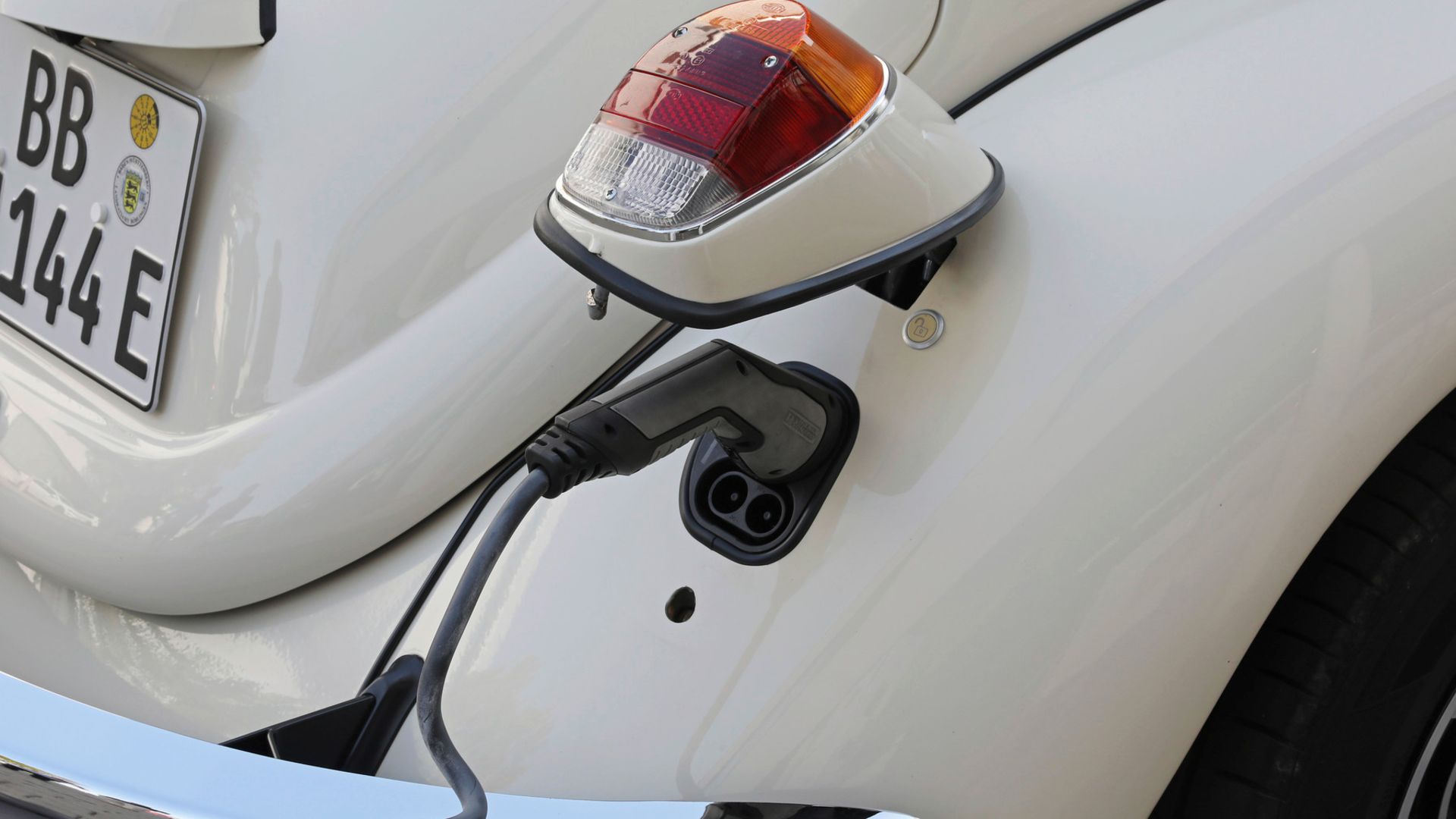 What’s perhaps even more interesting is that the Beetle won’t be a one-off. The marque is investigating the possibility of electrifying other classics from its back-catalogue. VW is even considering infusing classics with its latest Modular Electric Drive Matrix (MEB) electric car tech.

“We are already working together to prepare the platform for the Bus,” explained Thomas Schmall. “An e-Porsche 356 could also be pursued in the future.”