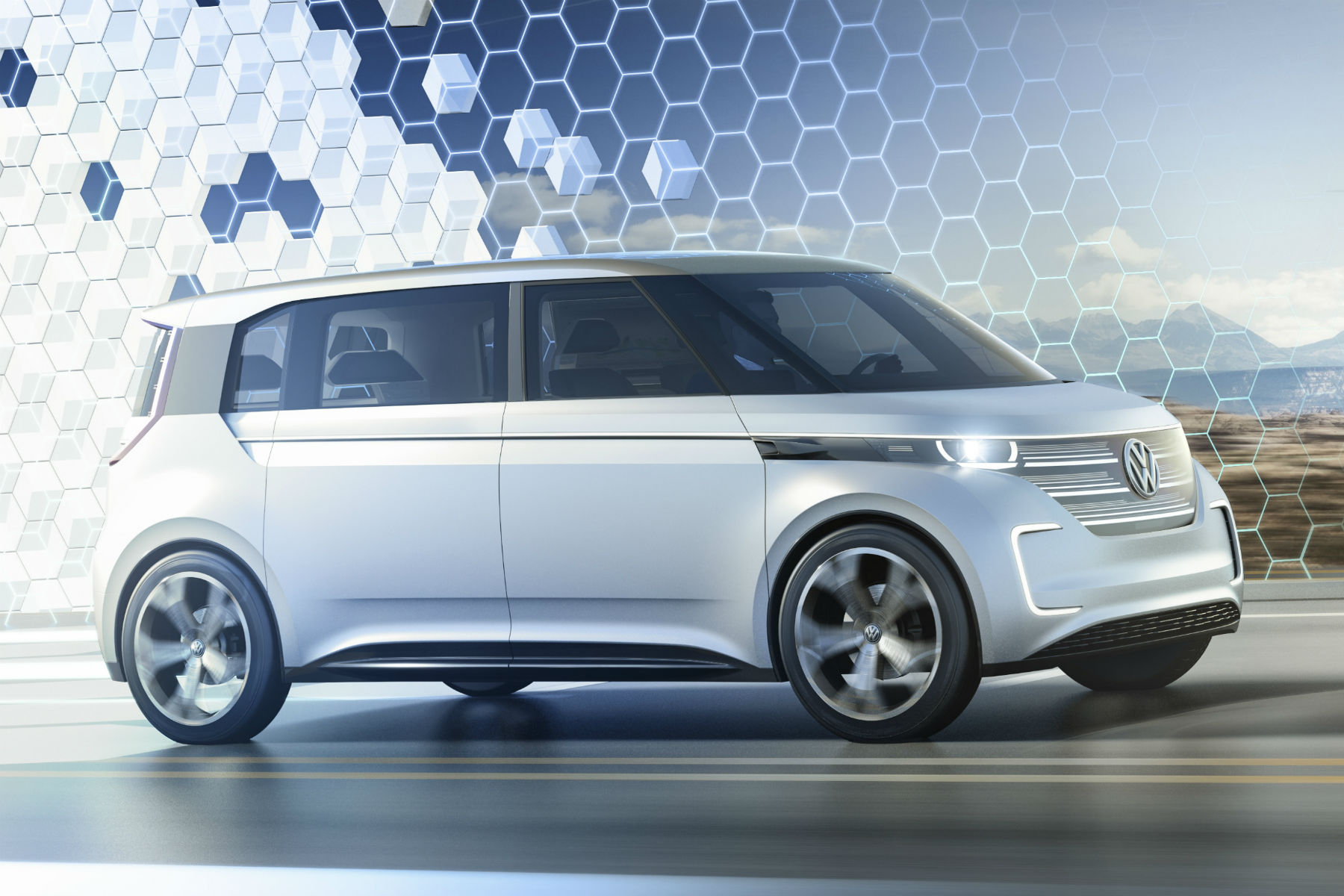 Volkswagen bosses have said that stage-five autonomous cars are unlikely to happen for a number of years – and confirmed its concept car at this month’s Paris Motor Show will have a steering wheel.

“We are talking about autonomous driving in the future, with the end state of level-five autonomous driving, which might be happening in some years to come,” VW’s sales and marketing chief Jürgen Stackmann told Motoring Research.

“That’s a vision. That’s a dream that the car will do whatever it wants to do in any environment. But we all know there are several stages to get that far.”

He added that, while stage-five autonomous driving is “a nice vision”, lesser levels of automation, such as self-parking, will be helpful to customers and are more achievable in the near future.

Level five autonomous driving is generally considered to be entirely driverless – with no inputs needed from the driver/passenger, and usually without a steering wheel or the option to take over control if required.

Talking of the Paris concept, Senger added: “You will have manual-driven cars for sure, as the standard option. But the architecture will be qualified for the highest levels of automation.

“That means looking into the steering system… it will be done in a way that all these kinds [of automation] are possible. Obviously, we think that the car will be highly automated, but in the first case, people want to have the driving controls available. So yes, physically connected from the first day.”

Would you trust Volkswagen with your connected data? 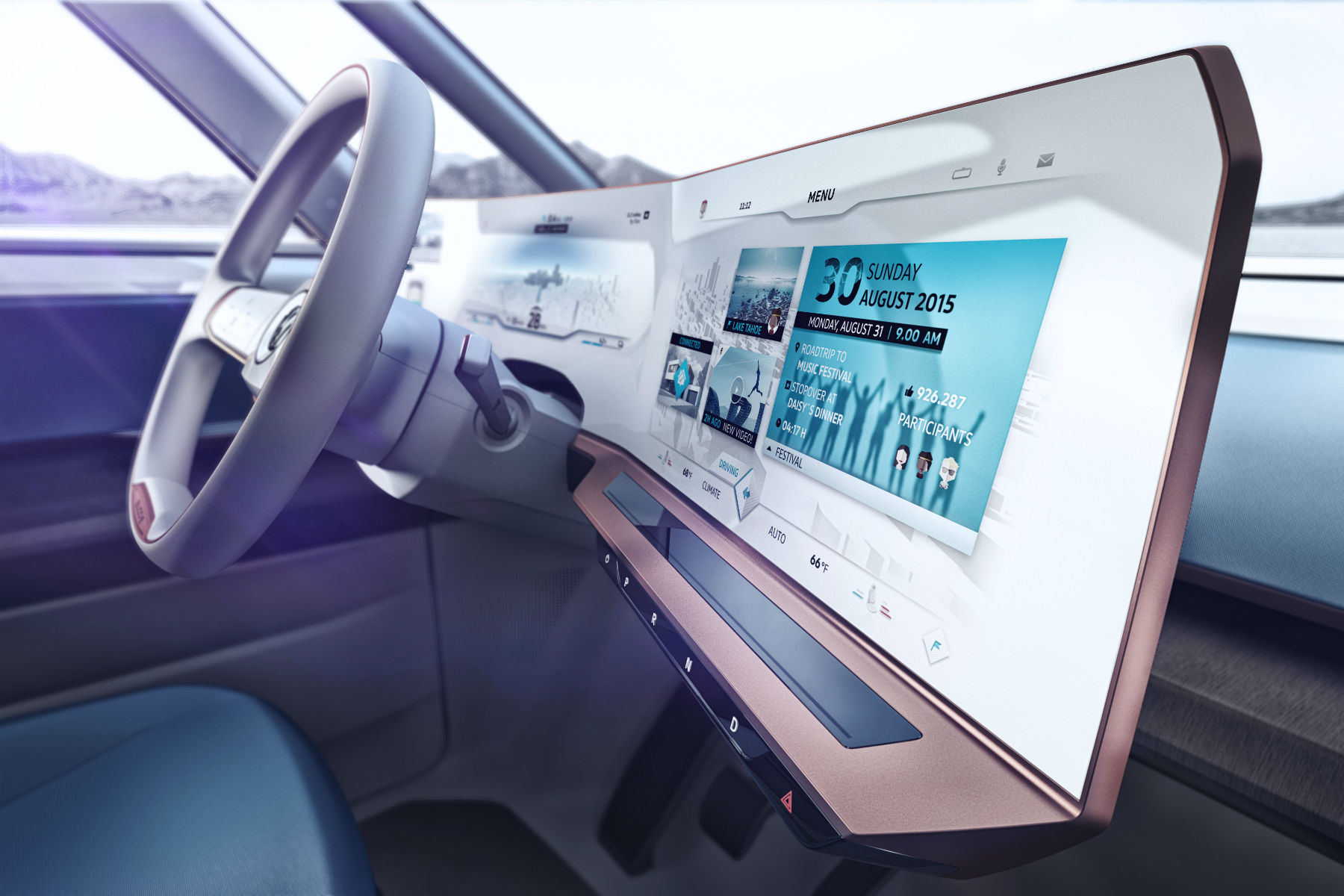 As connected car technology advances, it could easily change how car manufacturers interact with their customers.

“After 27 hours [going along the production line], the car leaves the gate and that was the end of technology updates for those cars,” explains Stackmann. In the future, however, customers will be able to constantly update their cars – something Tesla is already trialling, issuing regular software updates for its models.

“It’s a new wave of thinking,” Stackmann adds. “The customer will actually feel that ‘my car gets better every day’.”

But connected cars bring their own concerns. In the future, your car could learn a great deal about you, from simple stuff such as when and where you go to work, to what music you like to listen to – even when and how often you break speed limits.

Some are concerned about how this data is stored and whether it could be hacked, or even sold to third parties.

“Our plan is focusing more on how we offer mobility services for our customers and not how to sell data,” Senger explains.

“We are very aware that customers of Volkswagen trust the brand. And so we will be very careful when it comes to usage of data and we really differentiate between data sources that are related to vehicle, and which are related to your personal data.

“And then we will be really careful about how we touch this and what we need to do just to enable a service. The planning is not finally done there, but be sure that we want it to be done differently… we want to have a trusting customer.”

Bosses also confirmed that this approach to continually improving the car won’t extend as far as replacing the batteries once newer tech comes available.

“Technically, this is possible,” explains Senger. “Financially, it’s not super-simple. I always compare this to… is it possible to install a newer version of a combustion engine into a conventional car? It is possible, but nobody’s doing it.

“I don’t expect it as a standard business because the financial impact is huge. There may be a game-changer with the second use of batteries, so conceptually we are open to this. But it’s not the core of our plan.” 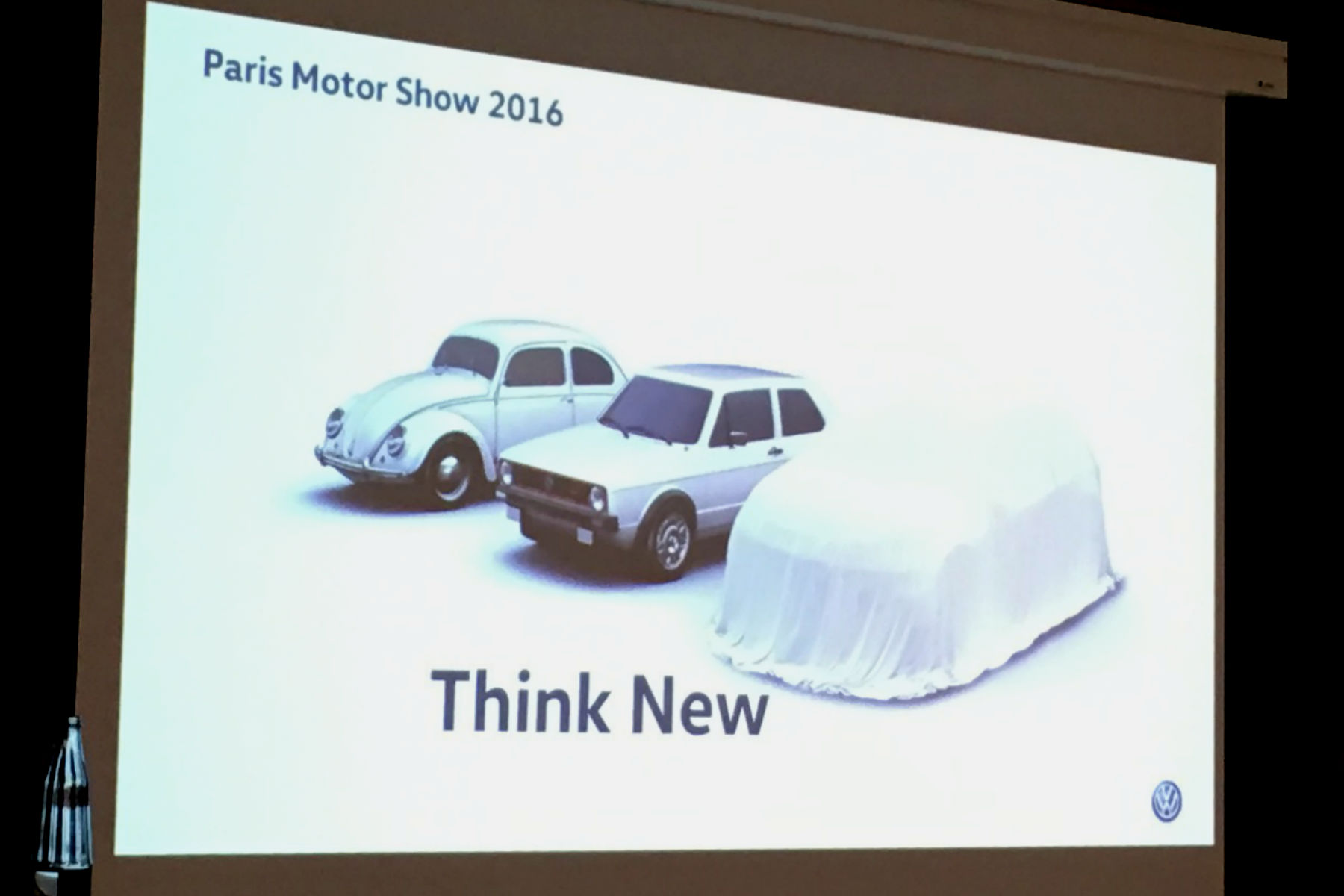 Almost a year to the day since the Volkswagen ‘dieselgate’ emissions scandal broke, the company has revealed it will be attempting to move on with a ‘think new’ campaign and a Tesla-rivalling electric concept car at this year’s Paris Motor Show.

The new car will be based on the firm’s new ‘MEB’ platform (which also underpinned the Budd-e concept at CES), designed from the ground-up as an electric vehicle, and featuring a floor-mounted battery pack, short front and rear overhangs and a spacious interior.

Teased during a press presentation at the firm’s Wolfsburg HQ, VW chiefs wouldn’t be pressed about the technical aspects of the MEB platform, but suggested it would be used across the entire Volkswagen Group range.

“We will always offer options for our customers and market interests that the MEB is prepared to deliver… from basic needs up to premium needs,” explained Volkswagen’s battery electric vehicles (BEV) boss Christian Senger.

“This is also very understandable when you want to a platform being used by all brands – even the Audi brand… you can imagine what this means,” he hinted.

Bosses suggested the Paris concept would be close to the Golf in size, and will be revolutionary  in the same way as the original ‘people’s car’, the Beetle, and the first-generation Golf.

No doubts over who VW sees as its competitor for future e-mobility plans… pic.twitter.com/TiQPegjq0S

It will have a range of 400km (248 miles), although a ‘scalable’ range of 600km (372 miles) should be possible from other models based on the platform. A slide used in the presentation made no bones about the company targeting ultra-modern Tesla. Its Model X and Model 3 are capable of covering 289 and 215 miles respectively, while the Model S 90D is good for 366 miles.

So far, Volkswagen has sold around 100,000 hybrid and electric cars and is aiming to double its volume every year.

Models such as the e-Golf, which is based on the regular Golf, can be built ‘bumper to bumper’ with the combustion-engined models at the firm’s existing plants. However, it’s not confirmed whether that will be the case for the new electric car.

The firm’s first ground-up electric car, based on this year’s Paris concept, is set to go into production in 2019 ready for deliveries early in 2020.

We will find out more about Volkswagen’s new electric car (and its plans for the future) at this year’s Paris Motor Show, where Motoring Research will be reporting live.