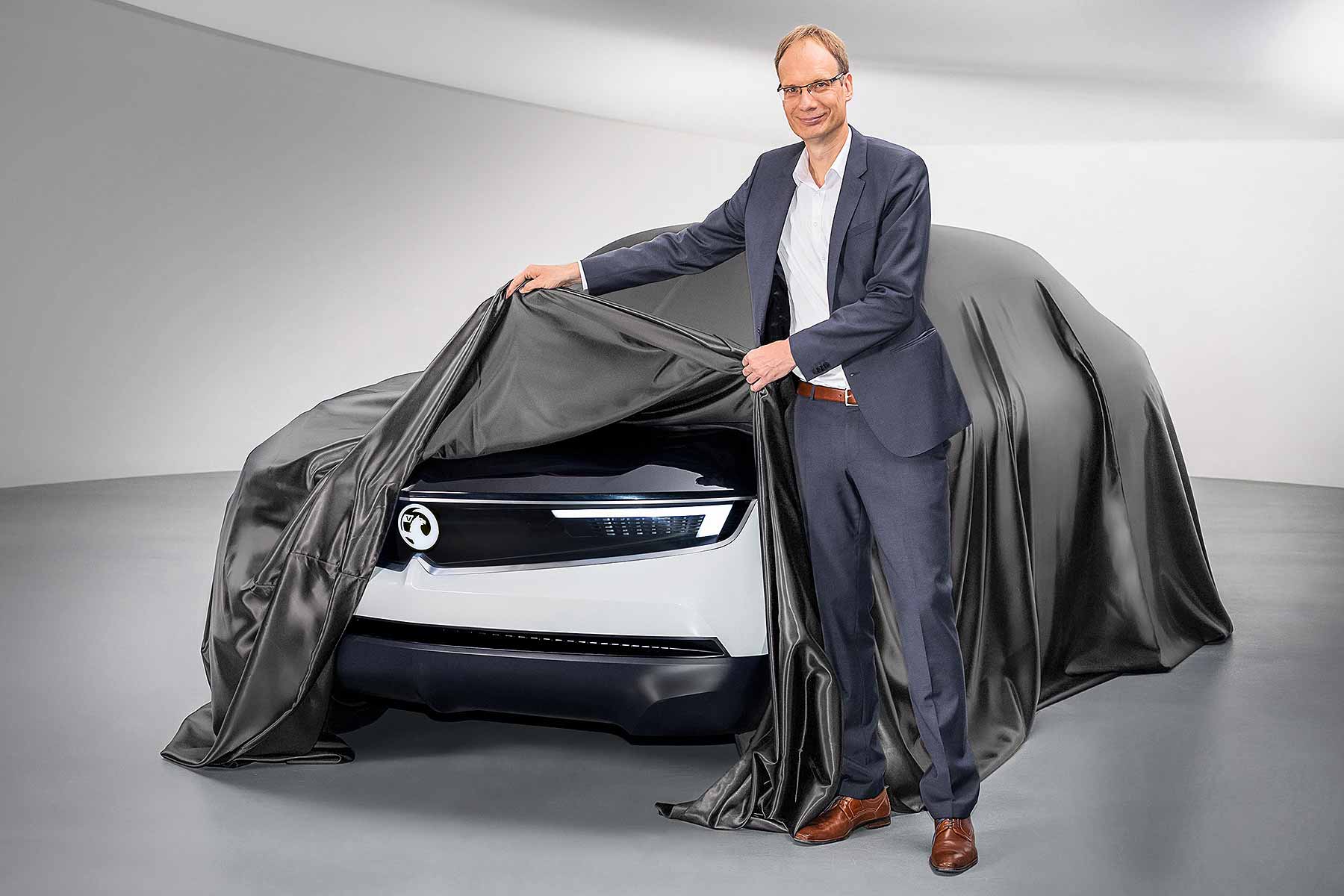 To mark being part of Groupe PSA for one year – in which it has returned to profitability after years of posting losses – Vauxhall has given a first early tease of the forward-looking GT X Experimental concept car it’s going to uncover later in 2018.

Previewing the Vauxhall of 2025, it will be the first car to wear Vauxhall’s new ‘face’. This is, we’re told, based around the ‘Vauxhall Compass’, where two axes intersect the Griffin badge; that’s the centre crease of the bonnet, and the wing-shaped LED daytime running light signature. 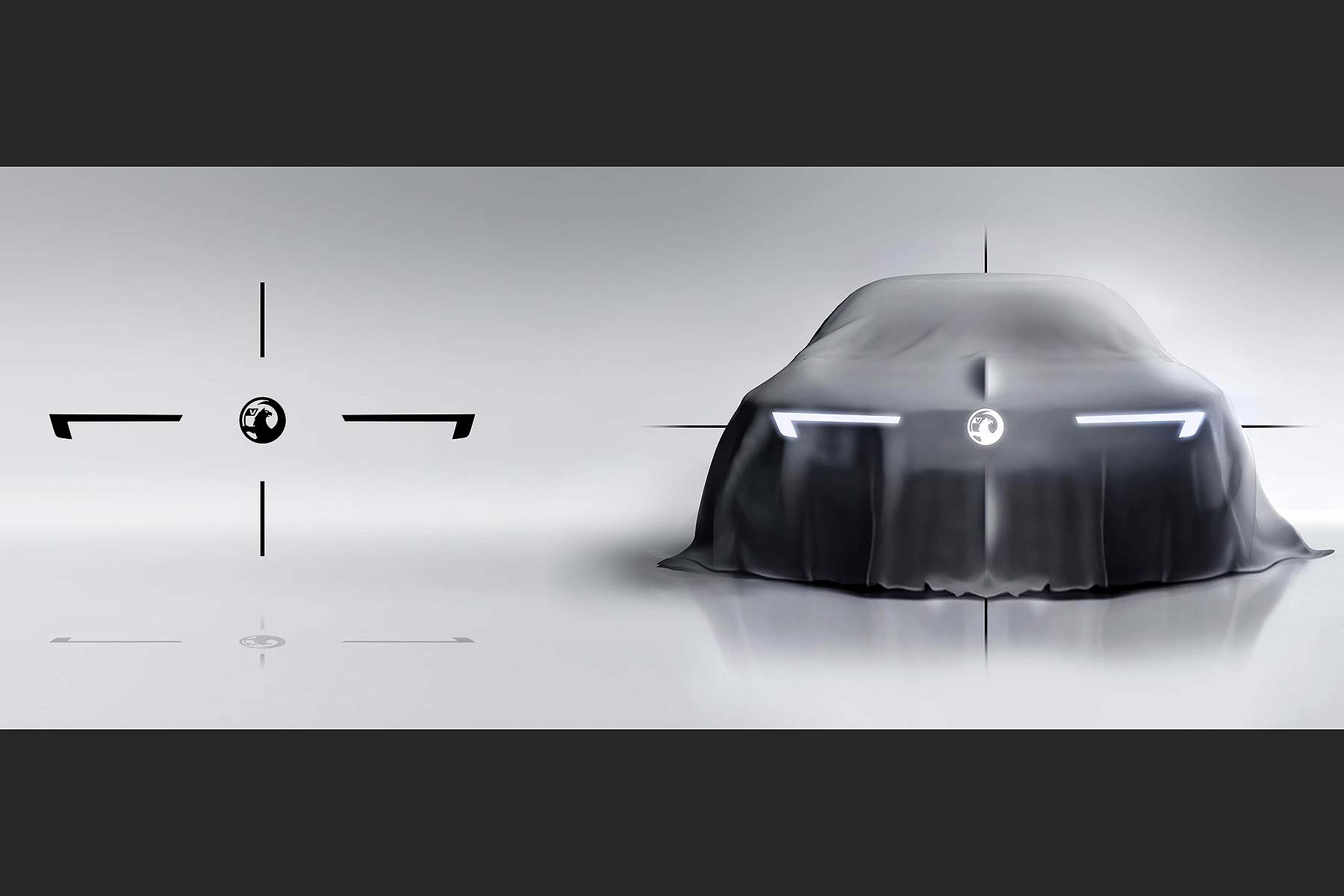 But there’s more. The headlights and running lights, plus the various cameras and sensors needed for driver assistance systems, are all packed into a central frame that Vauxhall reckons looks like the eye slot of a motorcycle helmet.

It’s thus dubbed this styling cue the ‘Vizor’. Future new Vauxhalls will all get their own take on the ‘Vizor’, which the firm hopes will make them bolder, more pure and distinctive-looking.

Vauxhall’s vice president of design is a Brit called Mark Adams. “Design will be at the heart of everything that we do in future,” he said.

“It will truly differentiate the Vauxhall brand, and make it sharper and more relevant to our core values. We are a proud British brand and design inspiration is all around us in the UK – from the bold ingenuity of James Dyson to the pure designs of [Apple chief designer] Jonathan Ive – and this concept will embody that.’ 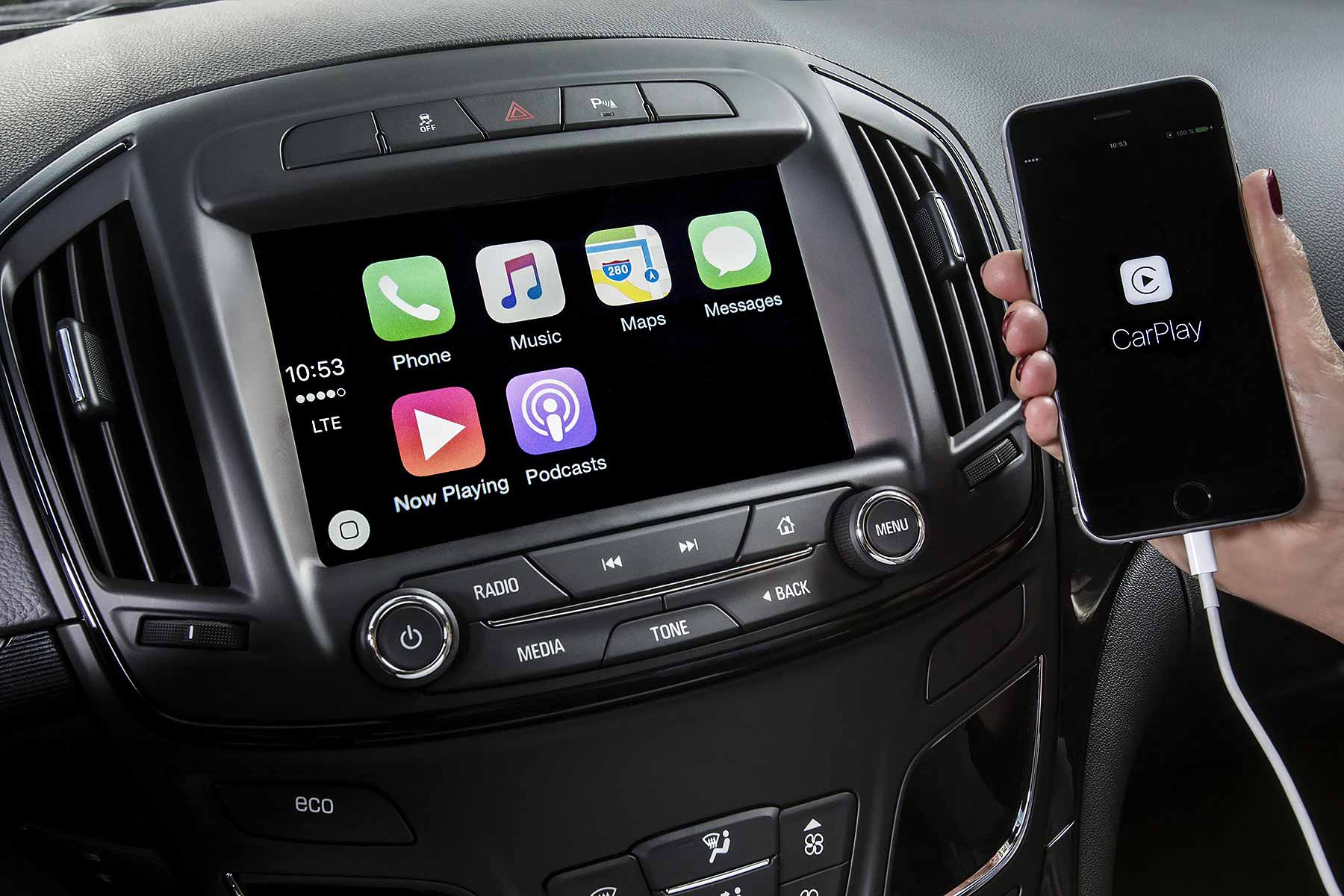 Adam has even drawn up a set of characteristics that all future Vauxhalls will showcase: British, Ingenious, Progressive and Approachable.

Whether this means Vauxhall designs will now deviate a little more from their European Opel counterparts, which presumably will have their own characteristics, remains to be seen.