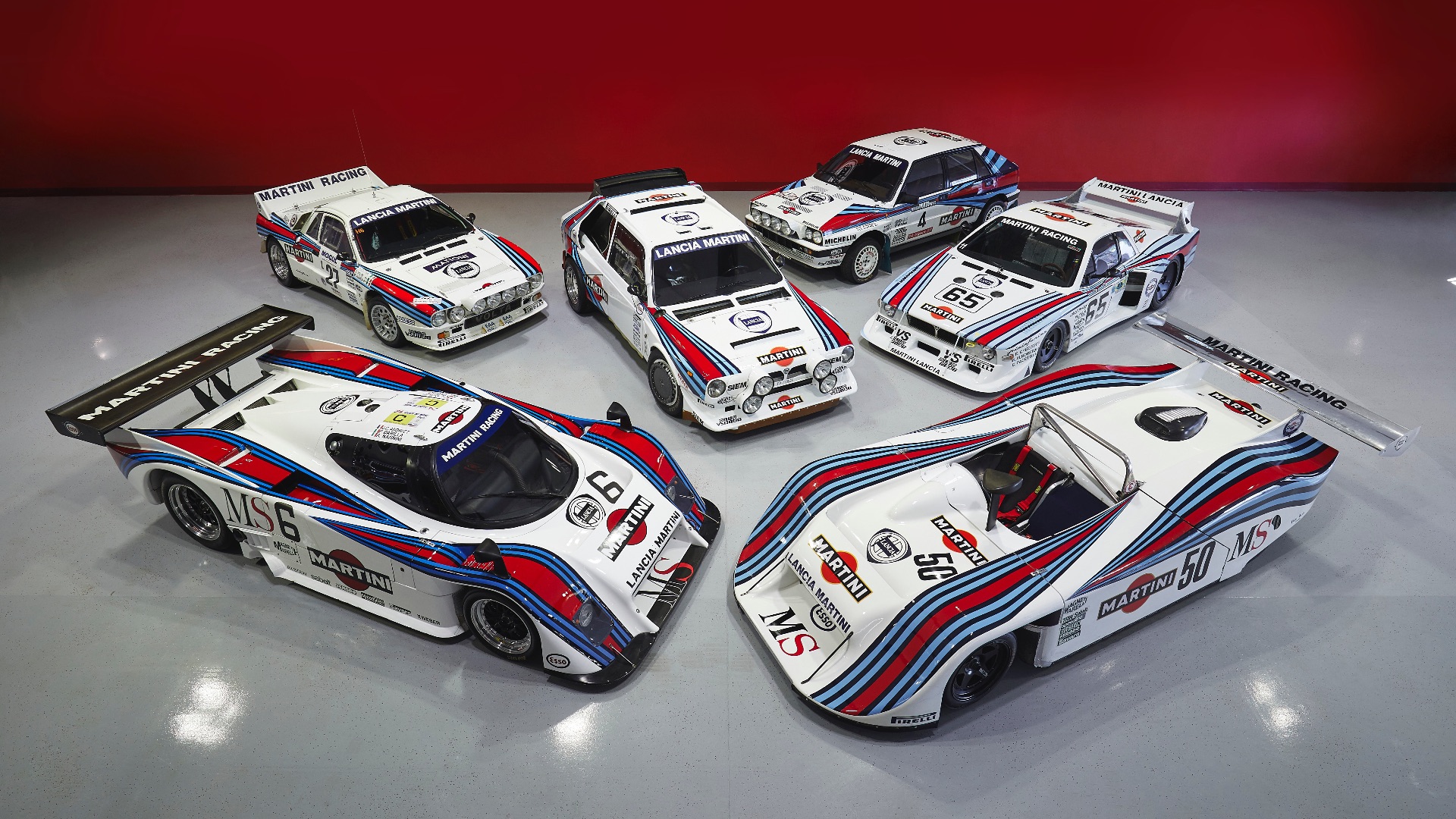 Lancia was once a motorsport superpower. From Le Mans to rallying, in the 1980s there wasn’t a race worth watching without a Martini-liveried Lancia putting in a shift. Now, Girardo & Co is offering an unprecedented collection of Martini Lancias for sale, priced at $7.5 million (£5.7 million). We look at the cars in detail, including period photos of these amazing machines in action. 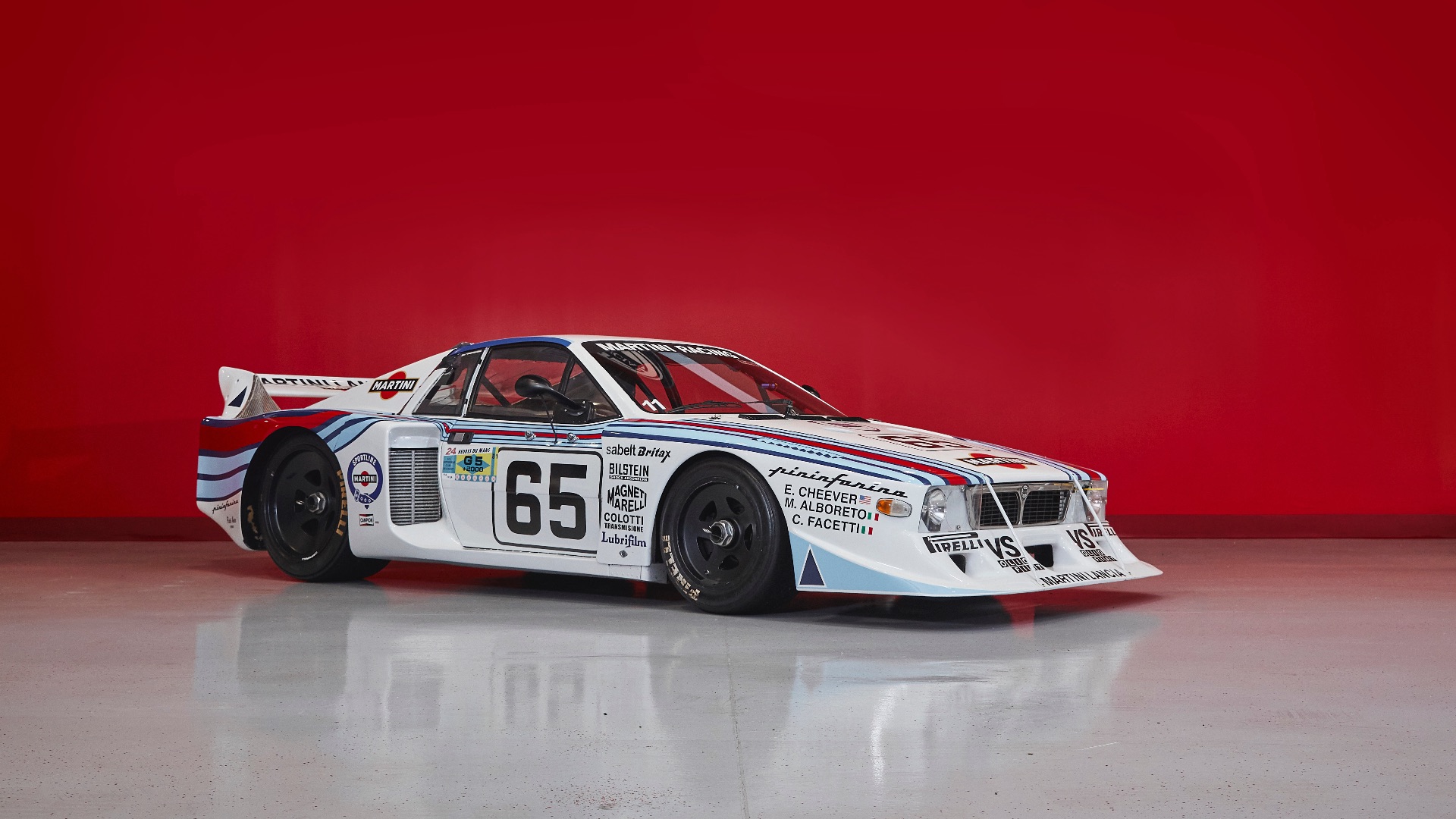 This was Lancia’s submission to the Group 5 special production class of sports racers in the late 1970s and early 80s. Based on the diminutive Montecarlo road car – albeit very loosely – it was the marque’s first entry into racing for eight years when it debuted in 1979. A fan-favourite today, it rarely met the challenge of Porsche’s dominant 935. 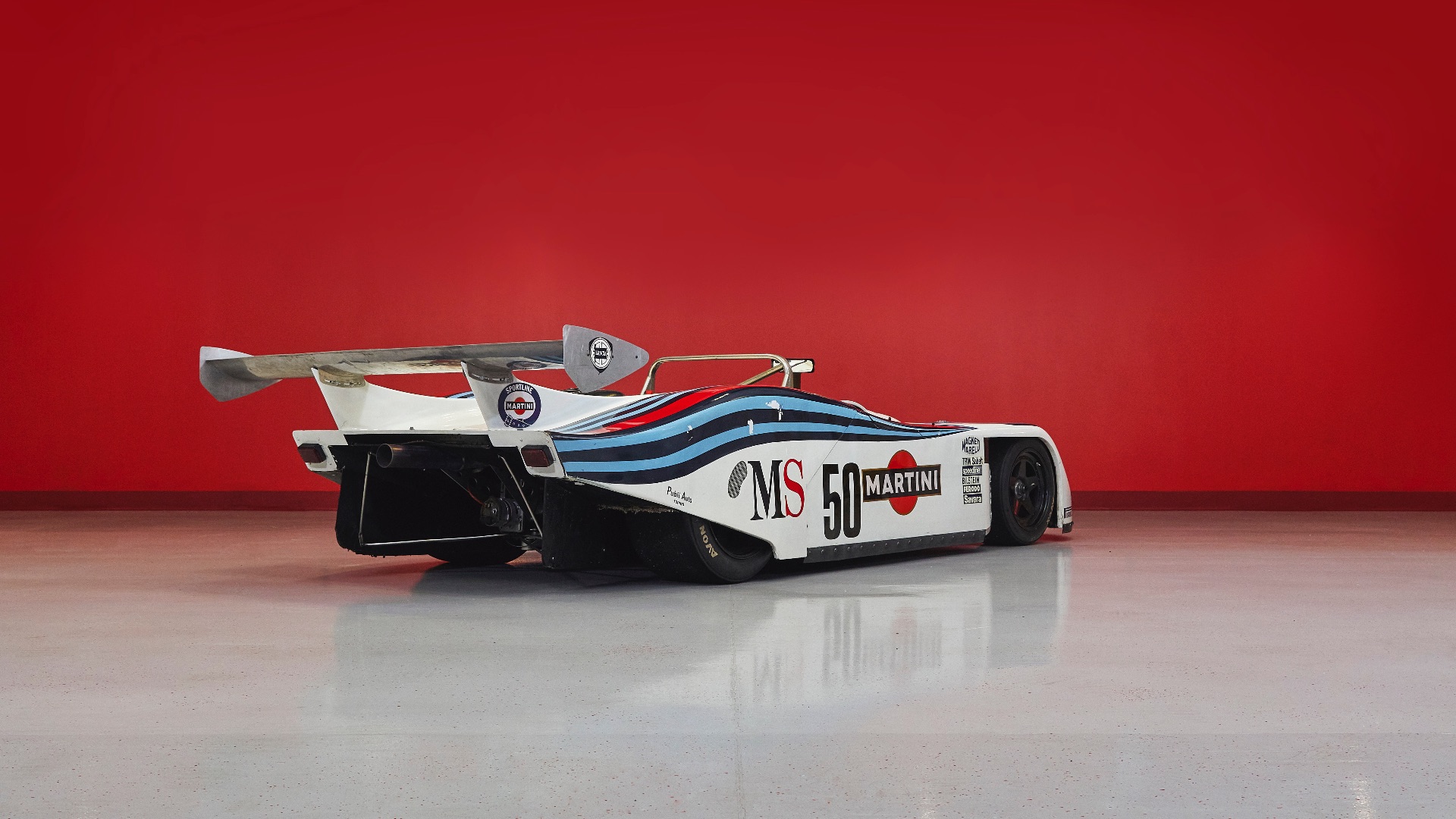 The Beta’s reign was short-lived, as Group 5 special production made way for Group 6 dedicated prototypes. The LC1 was Lancia’s entry, installing a 400hp+ Abarth 1.4-litre turbocharged engine in a lightweight open-top chassis.

This LC1 was a force to be reckoned with, scoring an overall win at the 1982 Nurburgring 1,000km, with F1 aces Michele Alboreto and Riccardo Patrese at the helm. 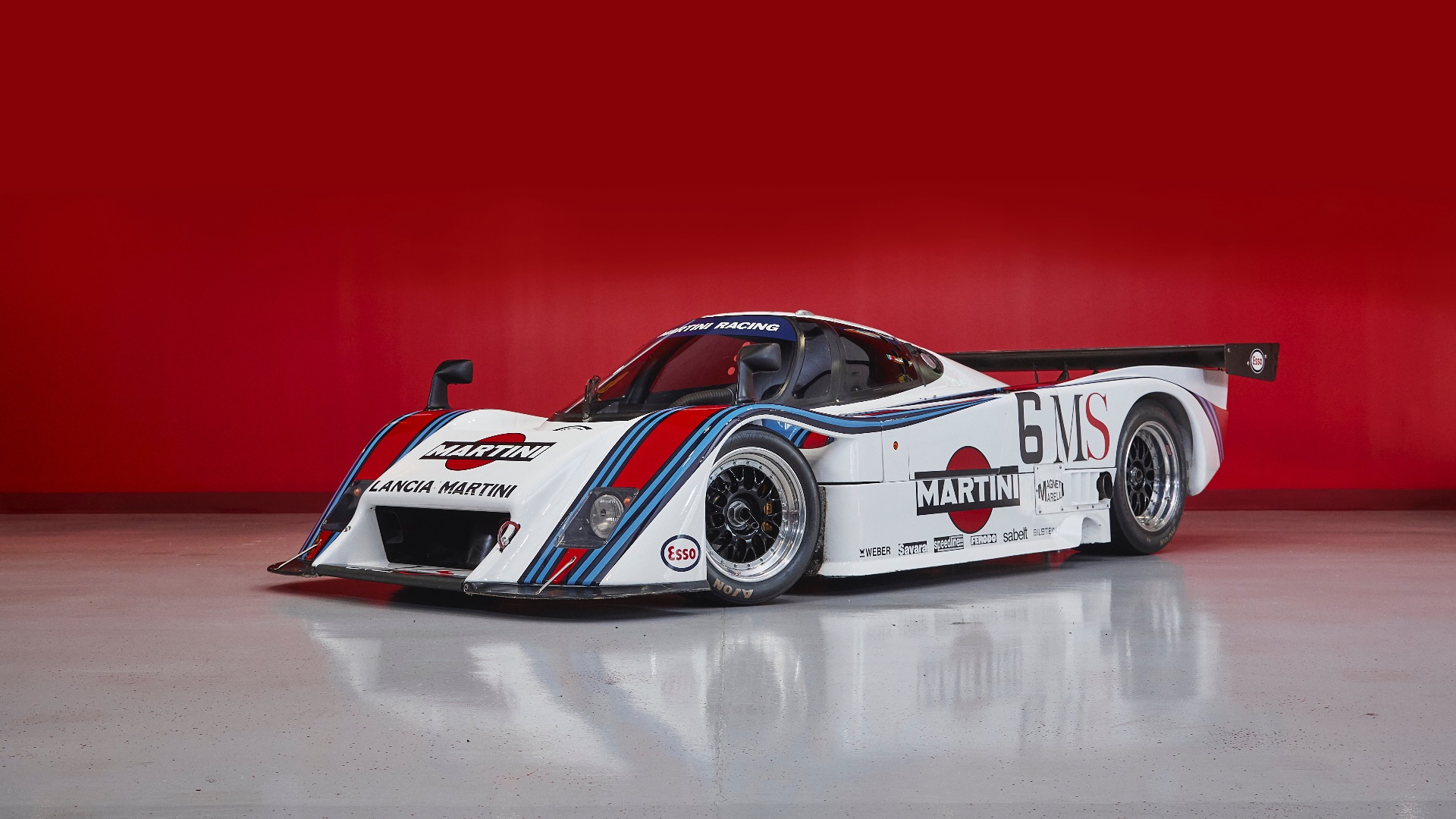 The LC2 took things up a notch in 1983. Now in the monstrous Group C class, it ditched the four-cylinder turbo for a Ferrari V8 with two KKK turbochargers. It was good for 850hp in qualifying trim, but still wasn’t quite up to the might of Porsche’s legendary 956.

This car is actually the first LC2 made, for the 1983 season. It didn’t get off to a flying start, crashing out at Monza and retiring from Le Mans with turbo failure. Ever the underdog but hugely desirable, it’s one of the coolest pieces in the Campion Collection. 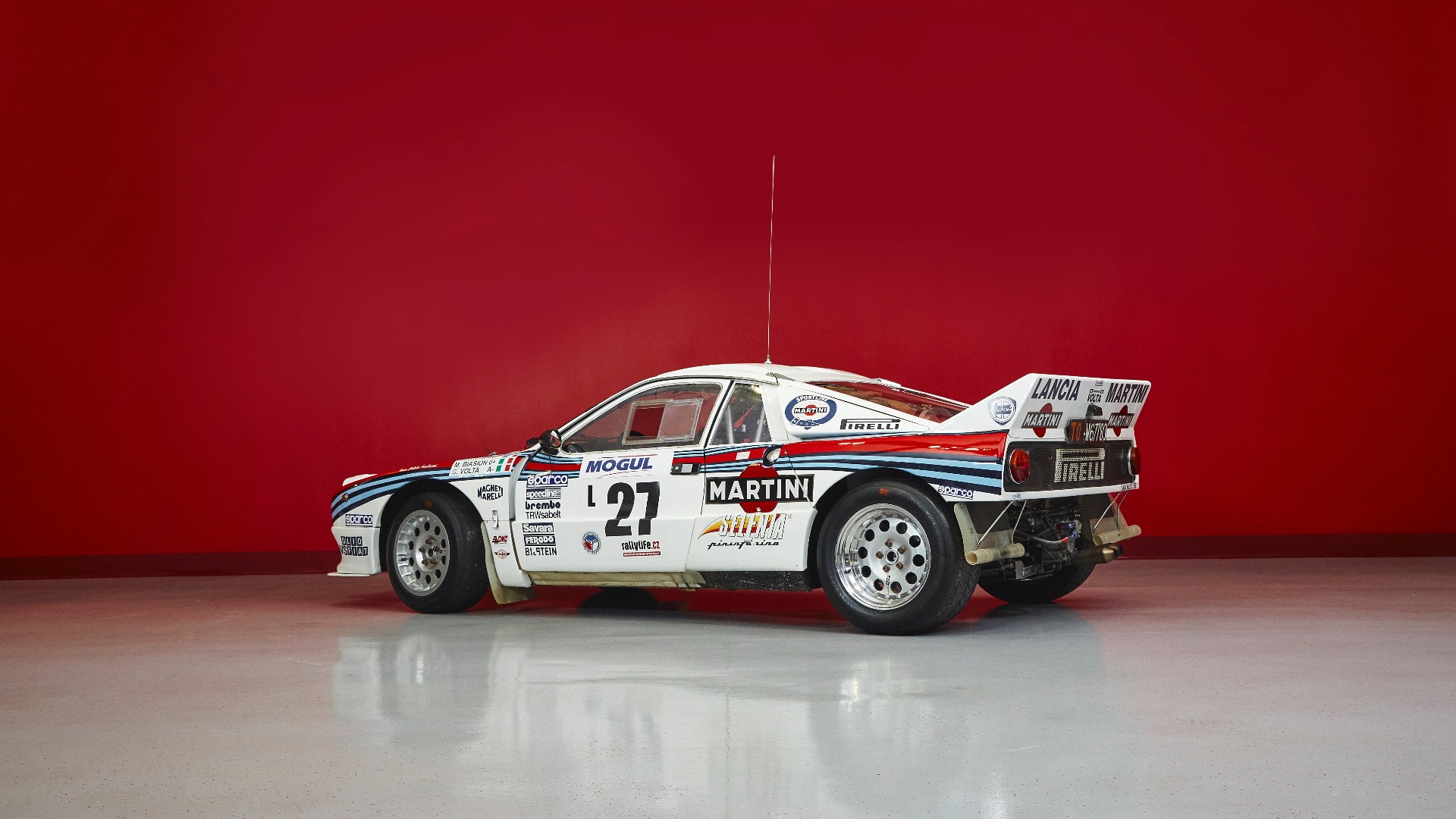 Off the racetracks and into the wilderness, Lancia was a rallying superpower in the 80s. Like the Beta, the 037 also used the Montecarlo as a base, but to much greater effect. It won the 1983 World Rally Championship for Lancia, beating the legendary Audi Quattro.

However, the tide turned a year later, as all-wheel-drive started to dominate rallying. That’s why this particular car, a 1984 Evo 2, didn’t find the success of its 1983 predecessor. 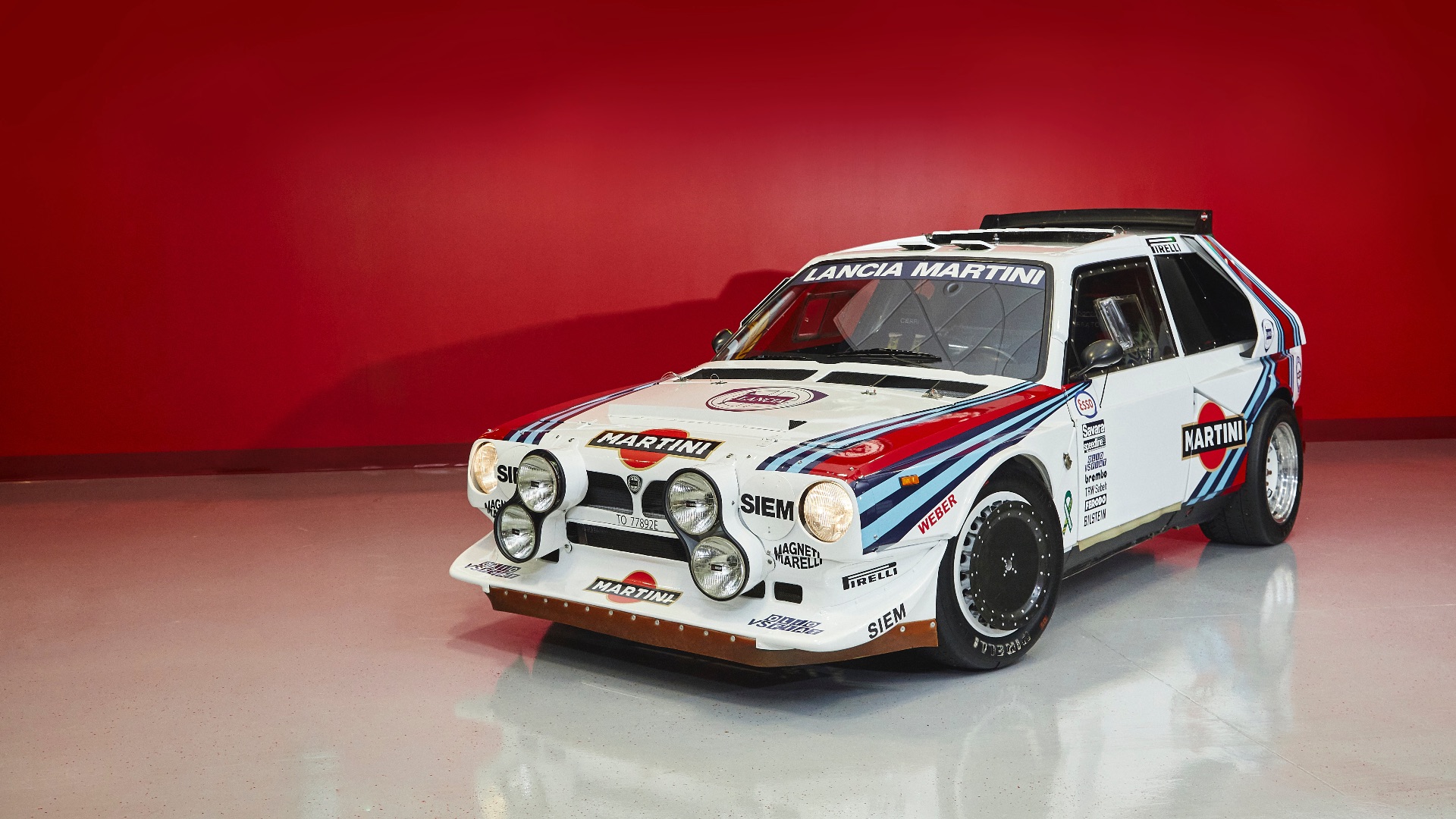 The Delta S4 was Lancia’s all-wheel-drive answer, turning an agreeable hatchback into a turbocharged and supercharged mutant. All in, the Delta S4 racked up five rally wins during 1985 and 1986. It’s also infamous for being the car that ended Group B rallying. The class was abolished after a fatal accident with an S4 in 1986, which claimed the lives of Henri Toivonen and Sergio Cresto. 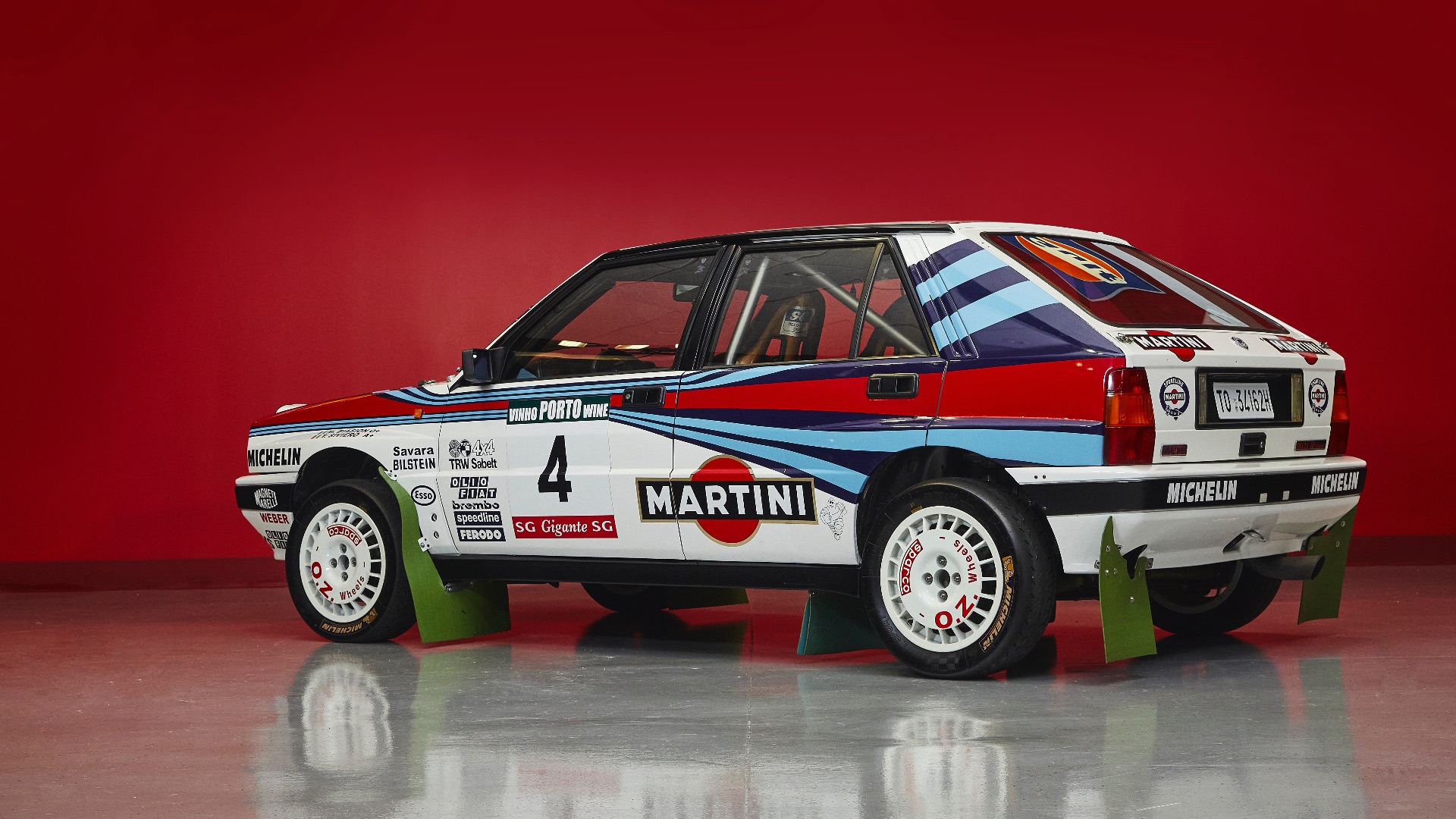 Now, perhaps the most famous racing Lancia. The post-S4 years for the Delta were fruitful, as the marque hit the ground running in the new Group A category. Juha Kankkunen and Miki Biasion took overall championship victories in 1987, 1988 and 1989.

This car, a 1988 Delta HF Integrale, helped Miki Biasion on his way to the top. It took overall victories at the Portugal Rally and USA Rally in 1988, helping Miki to a drivers’ championship and Lancia to the manufacturers’ championship. Lancia racing at its peak?