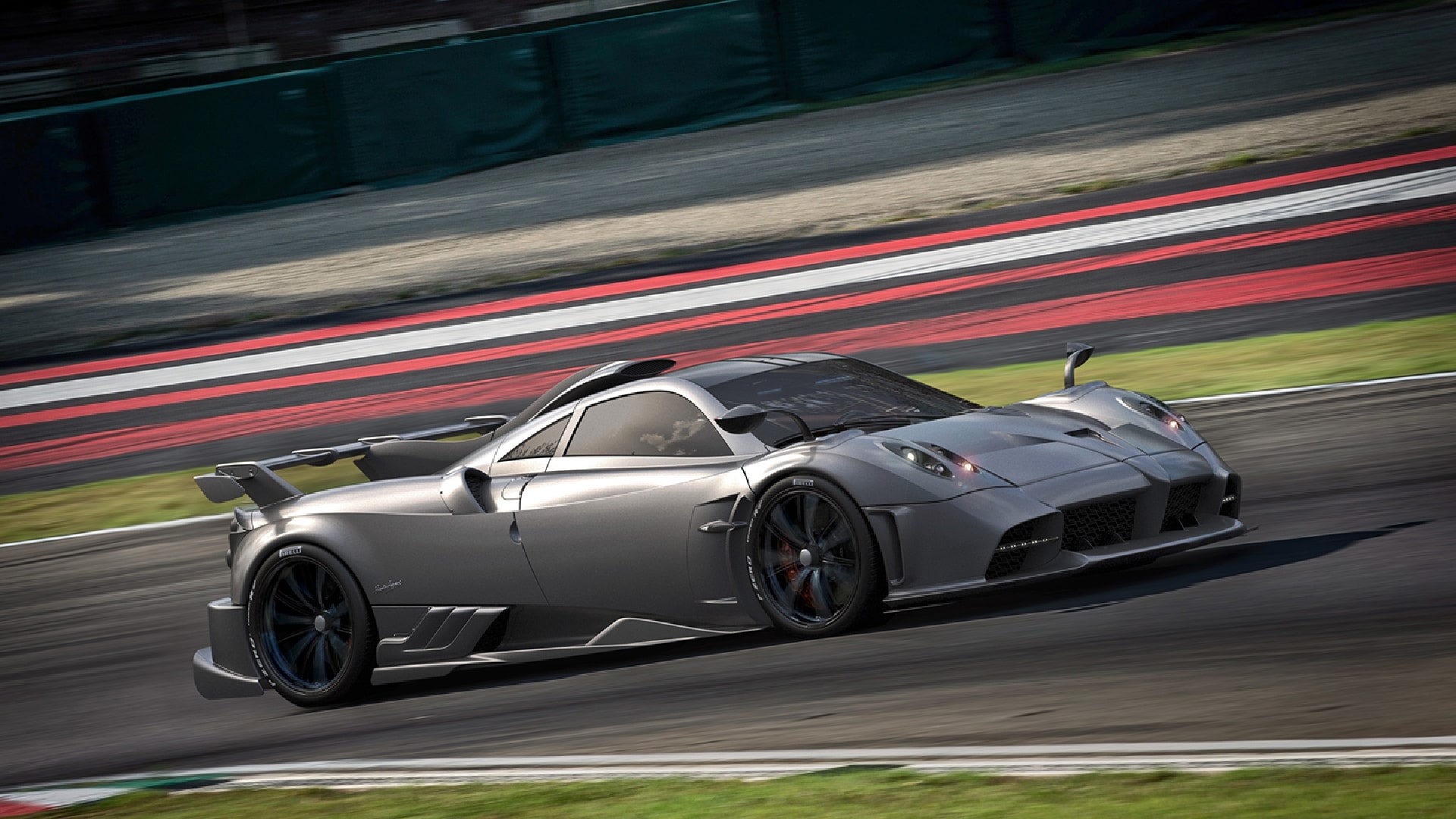 Pagani has revealed the latest mutation of its long-serving Huayra hypercar, the Imola – which comes with a remarkable price tag of €5 million, not including VAT, or just under £5 million with VAT.

That makes it the most powerful and (second) most expensive Pagani yet. Just were five available. That was, before they all sold out.

The Imola is the latest in a succession of Huayras, and a veritable army of Zondas. Curiously, Pagani refers to it only as ‘Imola’, not ‘Huayra Imola’. Technically, that makes it Pagani’s third distinct model, after the Zonda and the Huayra, though it is very obviously based on the latter.

It follows the BC and BC Roadster, as well as the ‘Tempesta package’, in terms of performance and track capability, but should outdo them  all some margin. Pagani calls the Imola a “powerhouse of technology” and “a vehicle laboratory”.

Hyperbole aside, the car has allegedly been something of a testbed, both for components that wound up on the Roadster BC, and what will “be a feature of Pagani’s future creations”.

Even the boss has admitted that the Imola is somewhat challenging to behold. An arsenal of diffusers, intakes, winglets and channels rivals that of a McLaren Senna.

Odd, for Pagani, is the utter absence of exposed carbon fibre, at least on the ‘show’ car. This will be the first time the marque has debuted a car without any exterior carbon on show since the original Huayra in 2011, and before that, the first Zonda.

“We wanted an efficient vehicle,” Pagani said of the Imola.

“Just as you’d expect if you were looking at an F1 single-seater, this led us to design a car with additional aerodynamic features. So, although on the one hand these details may detract from the lines and overall aesthetics of the vehicle, on the other, they also allow to improve lap time, ease of driving and especially safety.”

In terms of weight, the Huayra Imola is down to 1,246 kg (dry). One of the developments Pagani has made to get the weight lower, is its new Asquarello Light painting system. It allows a saving of 5 kg in paint alone, while still maintaining the kind of richness of colour you’d normally expect. Under the skin the Imola is constructed of Pagani’s signature carbon-titanium material.

Pagani’s tribute to the Imola circuit 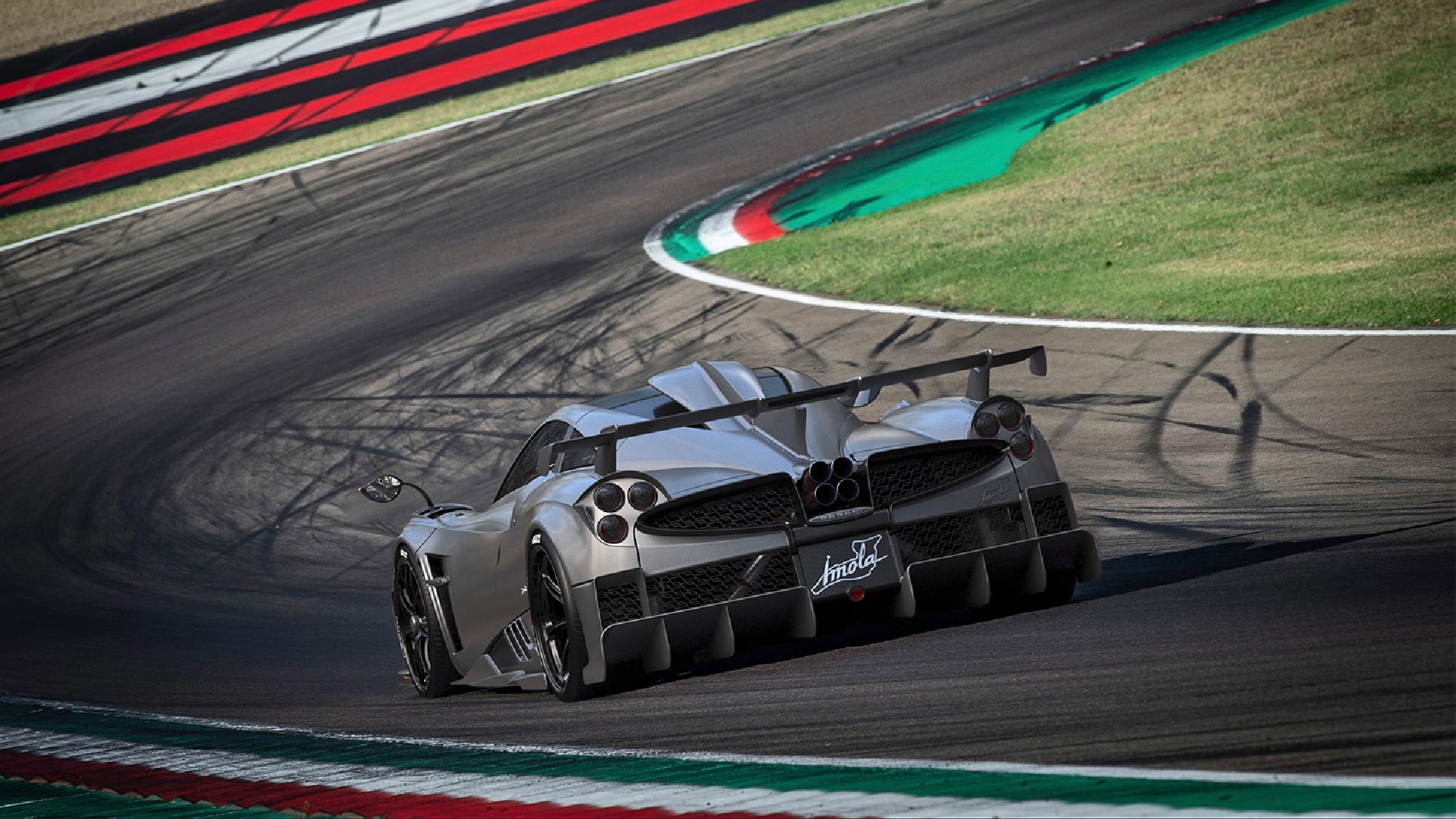 As is often the case with Pagani, the name is a tribute of sorts. It’s Horatio Pagani’s way of saying thank you to a circuit that’s been the scene of legendary race victories, and key developmental miles for road cars.

The latest, naturally, is the Huayra Imola, which has seen near-on 10,000 miles of race-pace testing at the circuit. Pagani reckons that’s equivalent to three times the 24 hours of Le Mans.

“Imola is a sacred place for car enthusiasts,” Pagani continues.

“It’s a fast, difficult, technical circuit that has always separated the wheat from the chaff, in terms of both men and machines. A circuit that has made the fastest drivers faster, one that has given rise to fierce duels between opponents and gentlemen, and where the sweetest victories and bitterest tragedies have been witnessed.” 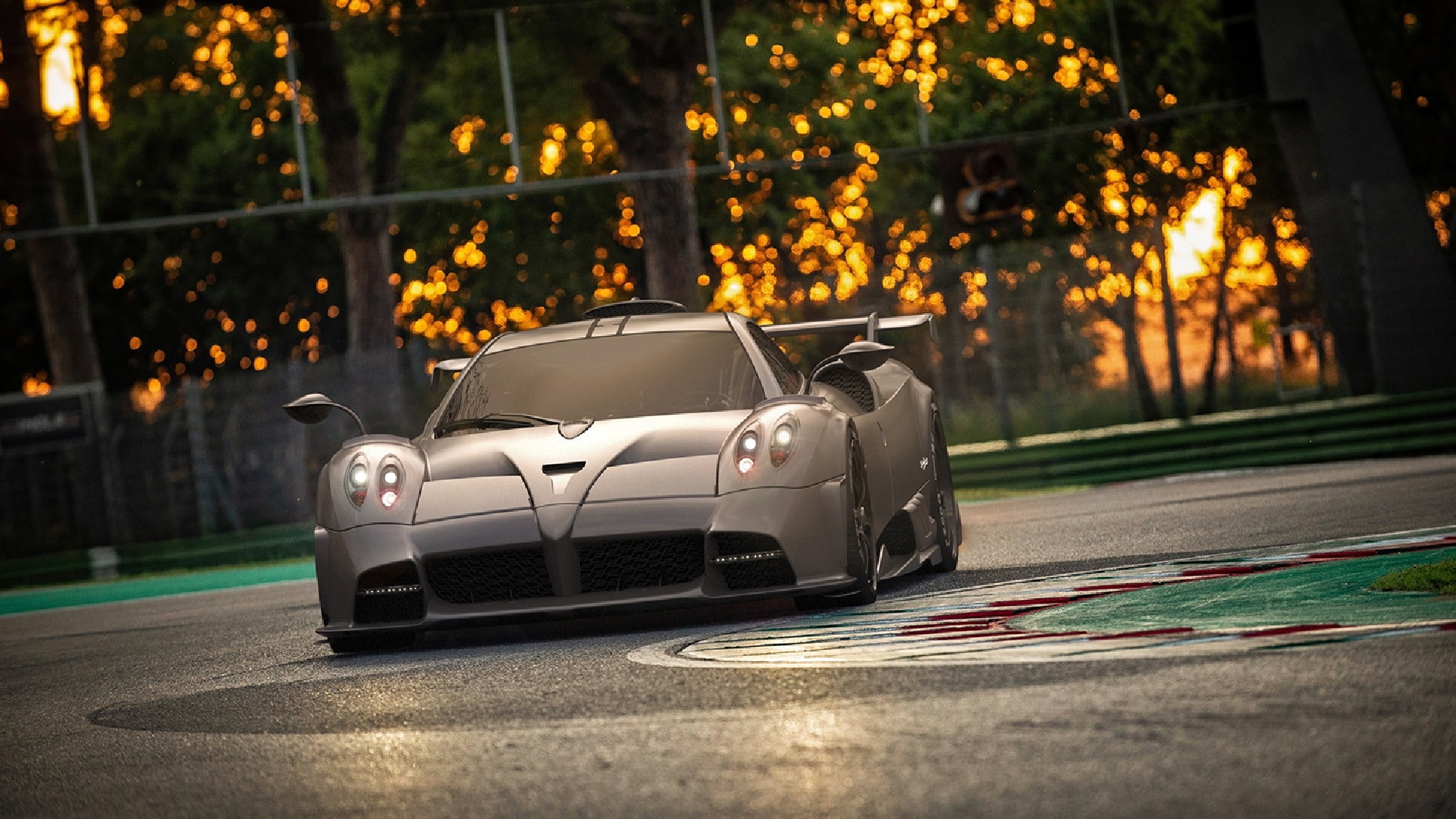 Expect the Imola to make its first official appearance at next month’s Geneva Motor Show. Then, for your spotter’s guide, you won’t go too far wrong in Central London, LA or Monaco, if you want to spot one in the wild.

Here’s hoping one of the lucky owners takes an Imola to the circuit after which it was named.