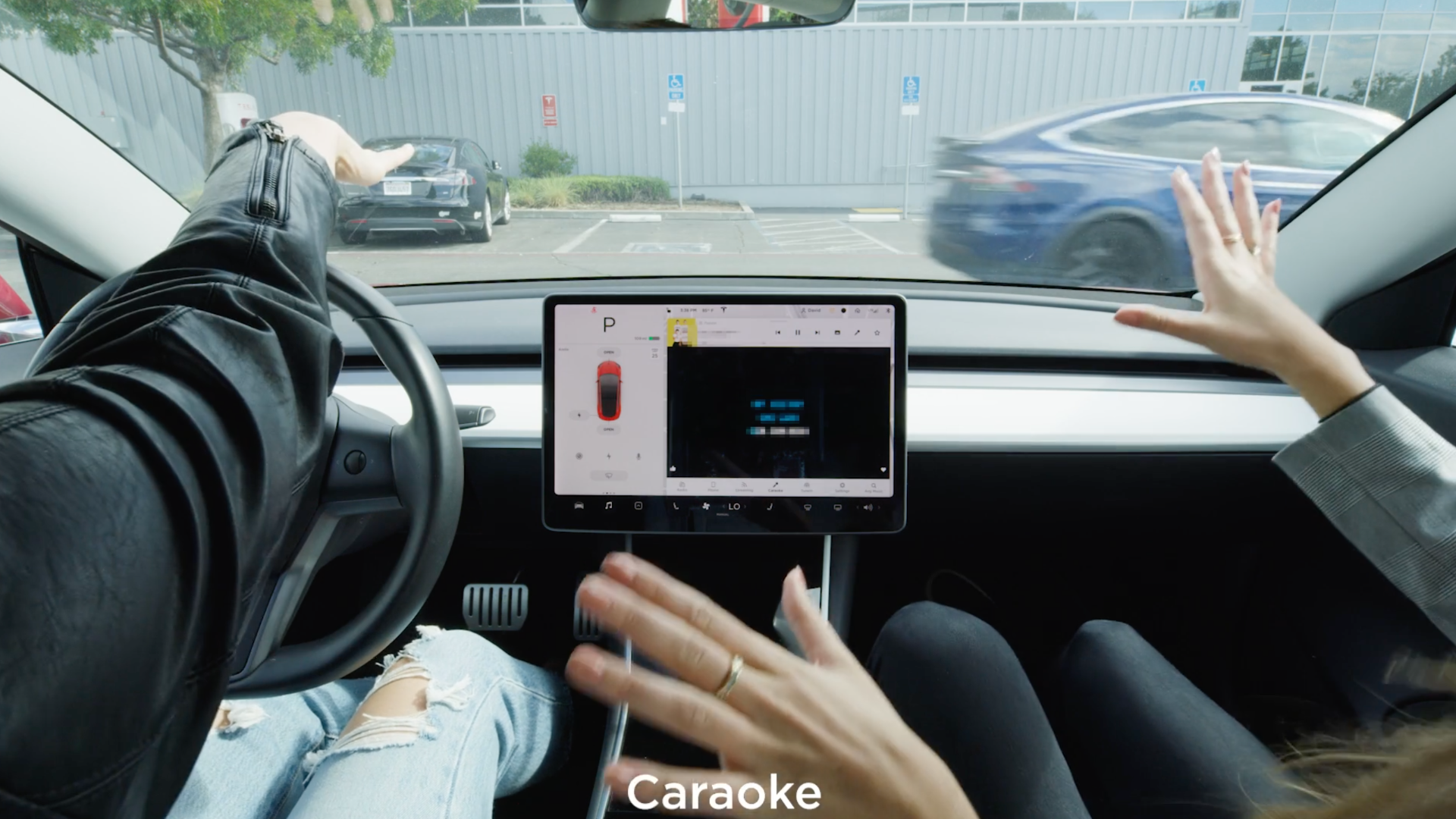 The primary focus is in-car entertainment, but there are more practical features as well. Here’s what to expect.

Front and centre of the V10 release is Tesla Theater (sic). This adds the ability to load your Netflix, YouTube, Hulu and Live TV accounts for TV- and movie-watching while you’re parked up.

Equivalents are also available for Tesla owners in the Chinese market. And more global streaming and entertainment services will join the line-up before long. 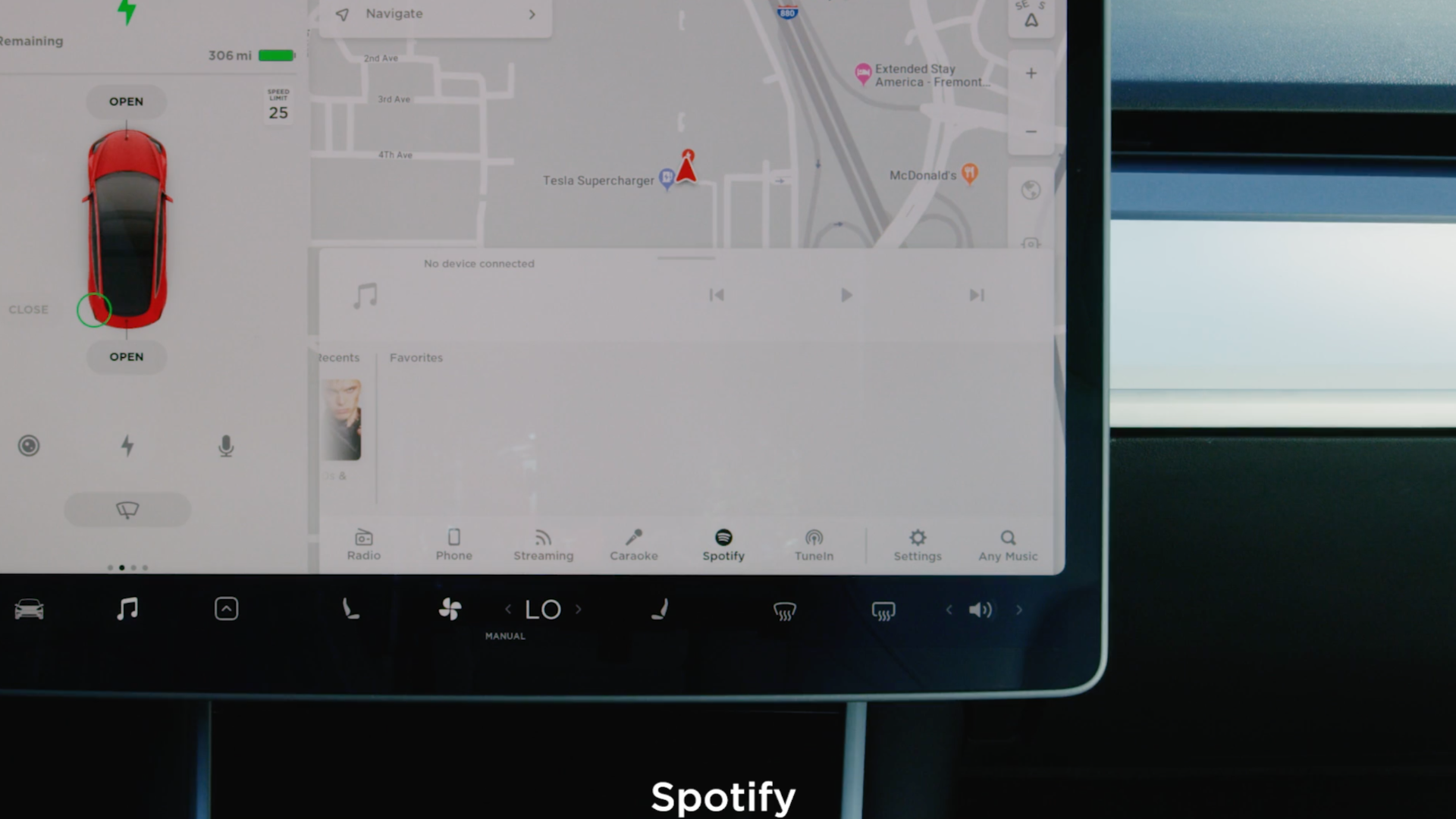 Finally, Spotify is available in a Tesla. By the marque’s own admission, it’s one of the most-requested features by owners.

It joins Slacker Radio and TuneIn. Expect more of the same to be added in due course. Again, Chinese equivalents will also be offered.

While we’re on the subject of music, it wouldn’t be Tesla without a bit of silliness.

The karaoke feature is new. It’s a library of music and lyrics, with multi-lingual support, so you can have a good old sing-along on a road trip. 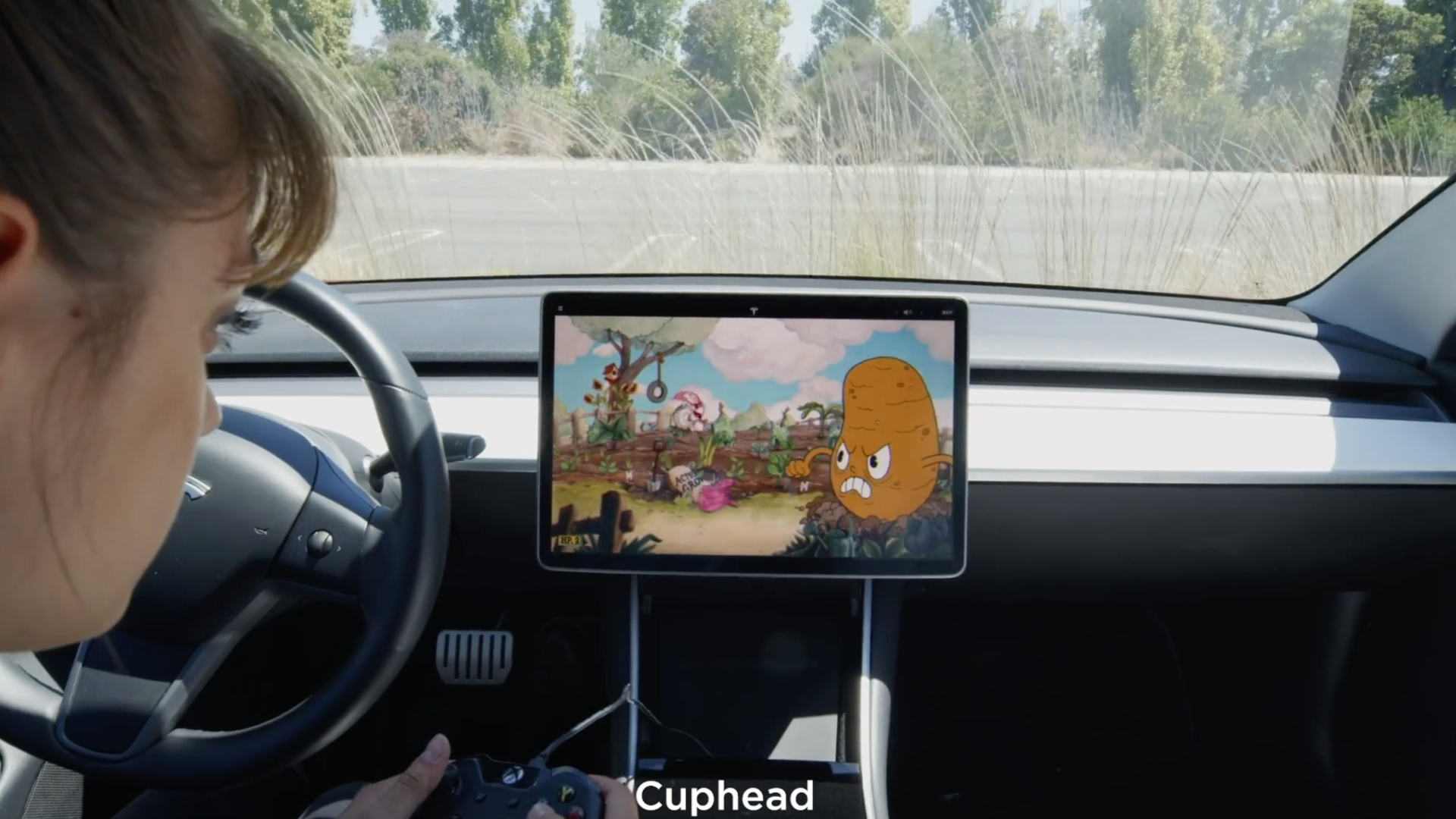 Tesla’s Arcade function is nothing new, but there is a new run-and-gun action game ready to play, called Cuphead. Time for some of the more grown-up stuff, we reckon…

The car will now make a special folder on your USB drive for footage from Sentry and Dashcam modes. Old footage is deleted automatically to make space. 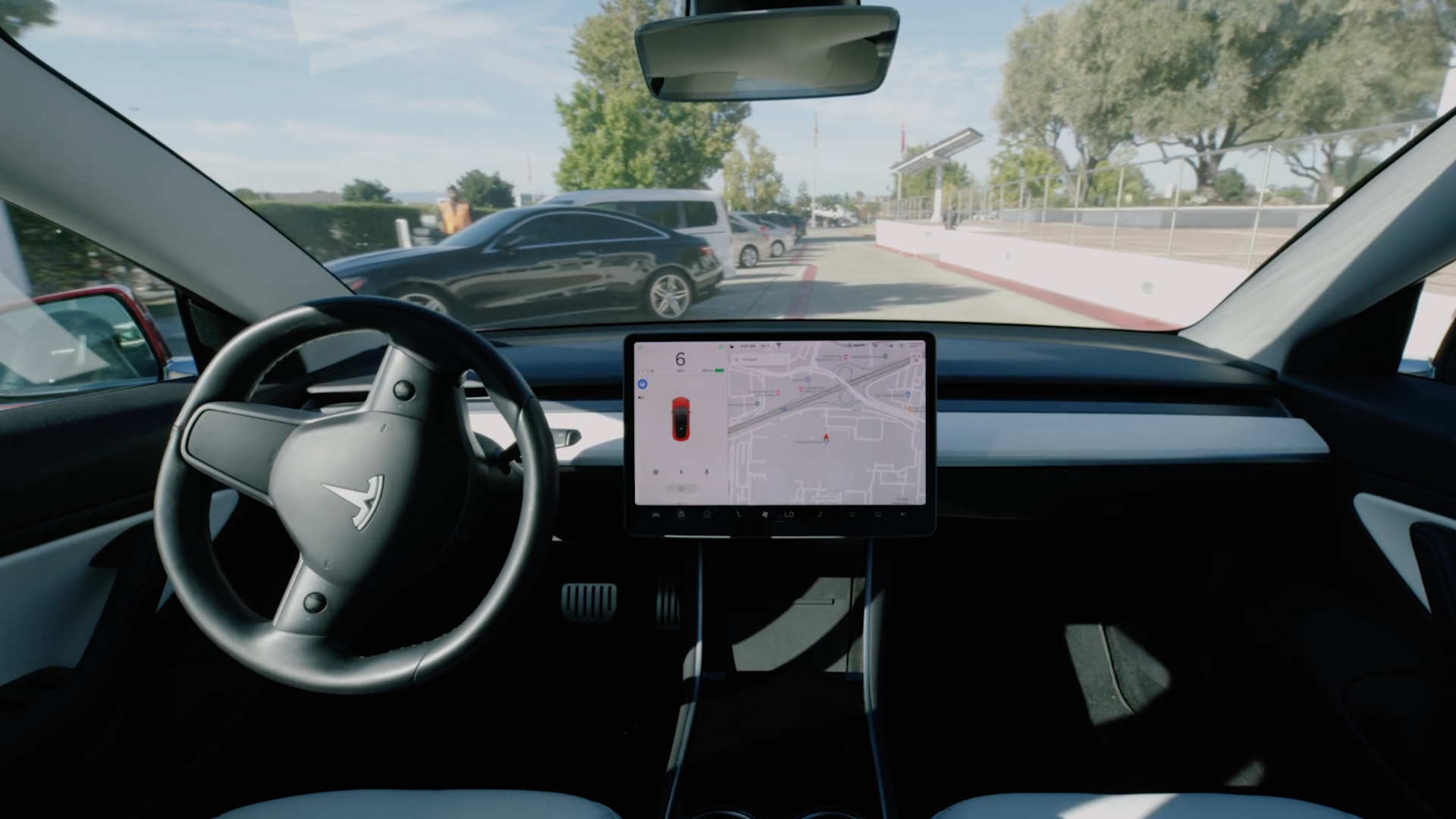 Probably the most sensible addition is Smart Summon. Those who have the full self-driving capability (Tesla’s words, not ours), or the enhanced Autopilot, can ask their car to come to them if it’s within sight. Useful if you don’t want to run out in the rain to get to your car, or if you have lots of shopping.

The caveat is that you, the owner, remain responsible for what the car is doing. You must ‘monitor it and its surroundings at all times,’ which could make things interesting if Smart Summon accidentally scrapes another car. A theoretically useful feature, nonetheless. 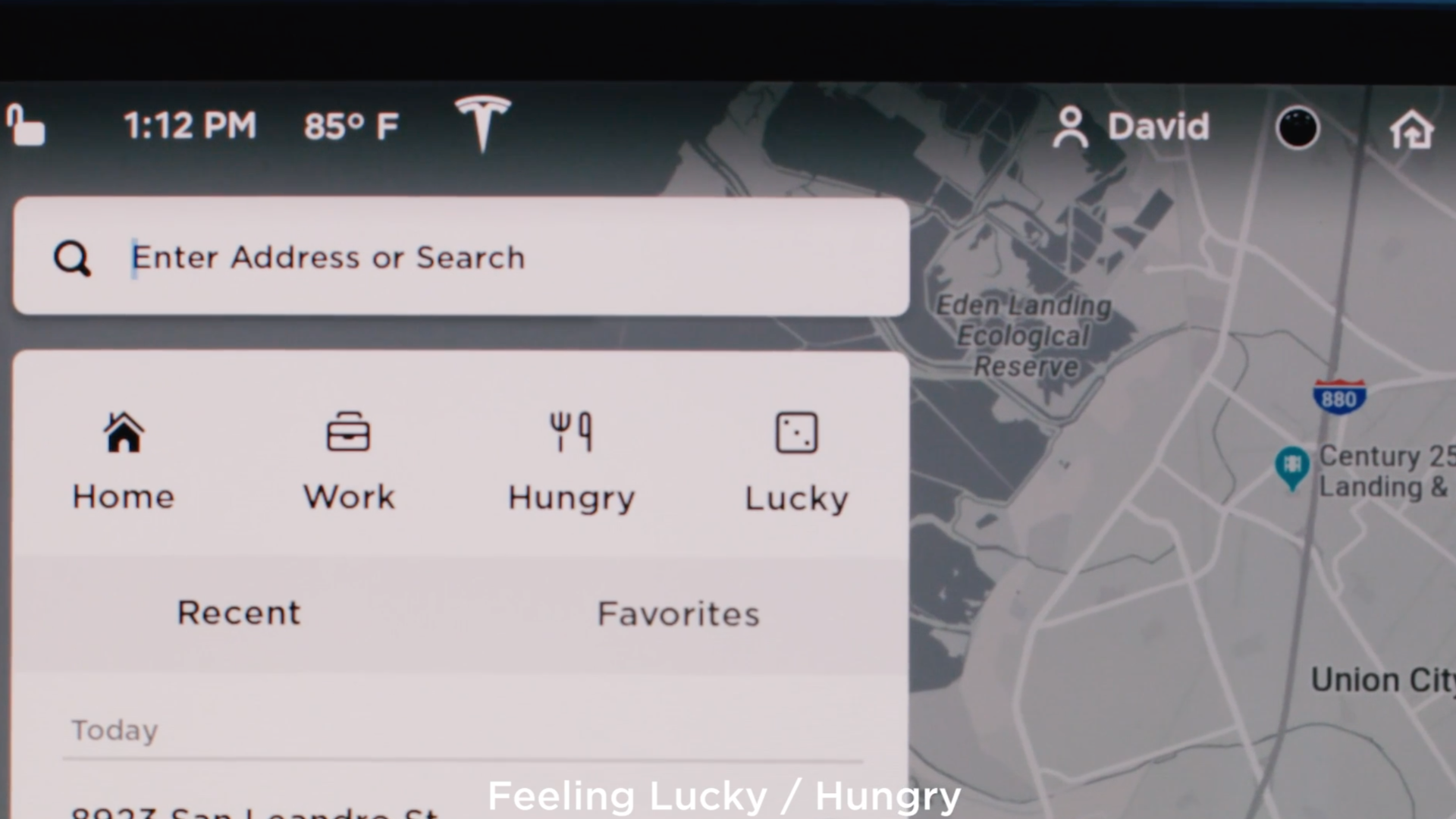 The new ‘I’m Feeling Hungry’ navigation feature will take you to a chosen restaurant within your car’s battery range. ‘I’m Feeling Lucky’ is similar, only the place it leads you to is a surprise.

The above join overall improvements to the navigation system, including organisation of results by distance. Points of Interest (POIs) now feature additional information, such as reviews and contact details.

2018’s most and least reliable cars in each sector

The What Car? Reliability Survey reveals the cars you should buy, and the ones you should avoid.
Read more

The Ferrari Roma combines classic style with cutting-edge tech, and GT practicality with supercar performance. We drive it.
Read more

Lotus has been in Norfolk for 50 years: it’s celebrating Colin Chapman’s 1966 move with a special edition Evora
Read more

Opinion: Ecotricity’s £6 charging fee could be a huge blow for electric cars

Is it the end of the road for cars such as the Nissan Leaf and Mitsubishi Outlander PHEV?
Read more

After 54 years in production, the world's most iconic sports car – the Porsche 911 – celebrates one-million cars made
Read more